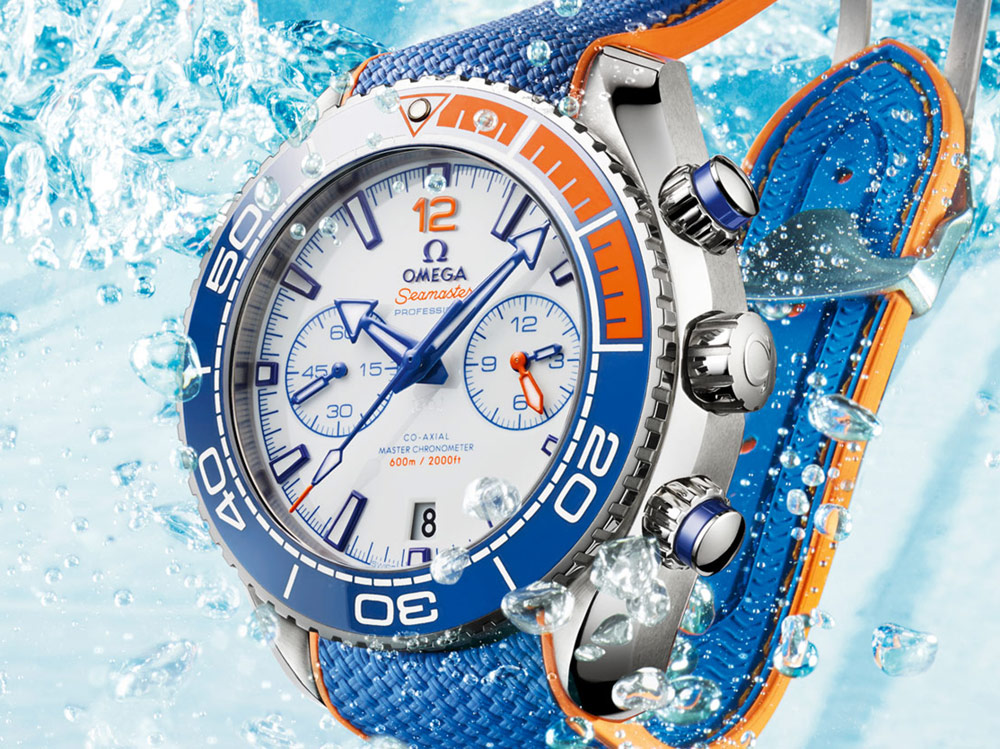 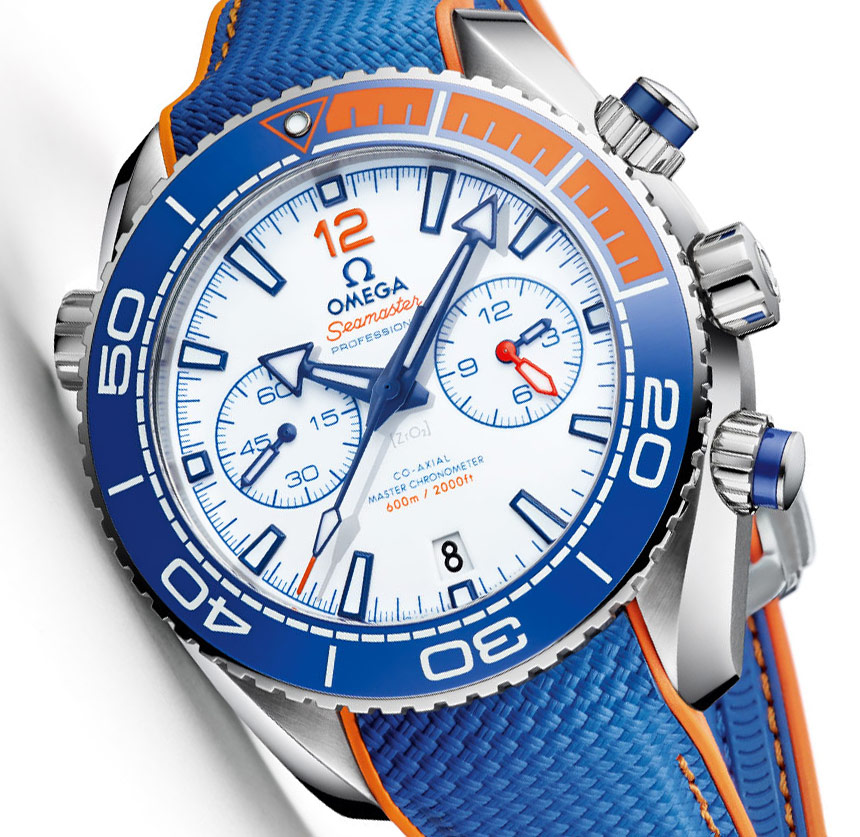 Not only does champion swimmer Michael Phelps hold the record for the most decorated Olympian of all time, he also holds the record for most Olympic gold medals, most Olympic gold medals in individual events, and most Olympic medals in individual events. It’s an unprecedented 28 total Olympic medals, 23 of which are gold. Phelps retired last year after the 2016 Summer Olympics in Rio, and as a friend of Olympic Official Timekeeper and Swiss watch maker Omega since 2004, the Omega Seamaster Planet Ocean “Michael Phelps” Limited Edition watch celebrates his amazing achievements.

The Omega Seamaster Planet Ocean “Michael Phelps” Limited Edition watch is based on the Seamaster Planet Ocean Chronograph 45.5mm watch that was announced last year (hands-on here). It features a hefty 45.5mm stainless steel case, and the uni-directional bezel is unique in that it is made out of polished blue ceramic but has the first 15 minute markings inlaid with orange rubber. The case also features a helium escape valve and is at home in the water as Phelps with a water-resistance of 600m. 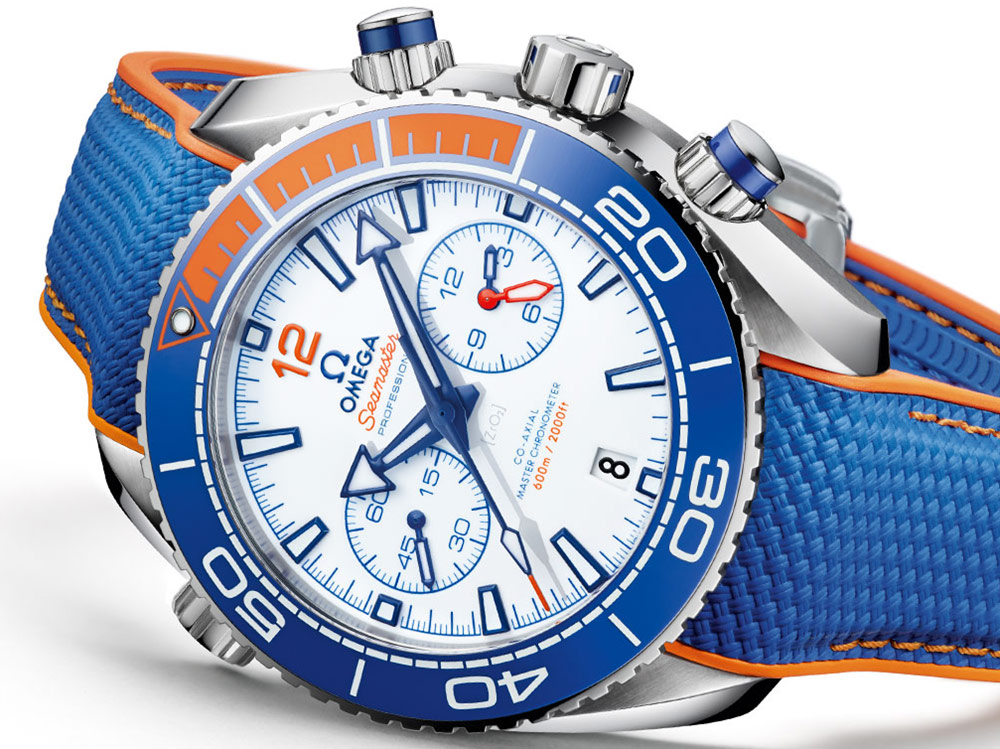 Blue is a recurring theme for this particular edition of the Seamaster Planet Ocean Chronograph. The dial is made out of a bright white ceramic and has blue applied hour indexes filled with white luminescent material. The hour, minute, and central chronograph seconds hands are all blue too. At 9 o’clock, you have a blue subsidiary seconds dial with a blue running seconds hand. And at 3 o’clock, you have a 12-hour chronograph totalizer, which is also in blue with a blue hour counter hand and an orange minute counter hand. To complete the look, the watch comes with a blue rubber strap with blue-orange rubber lining and orange stitching. 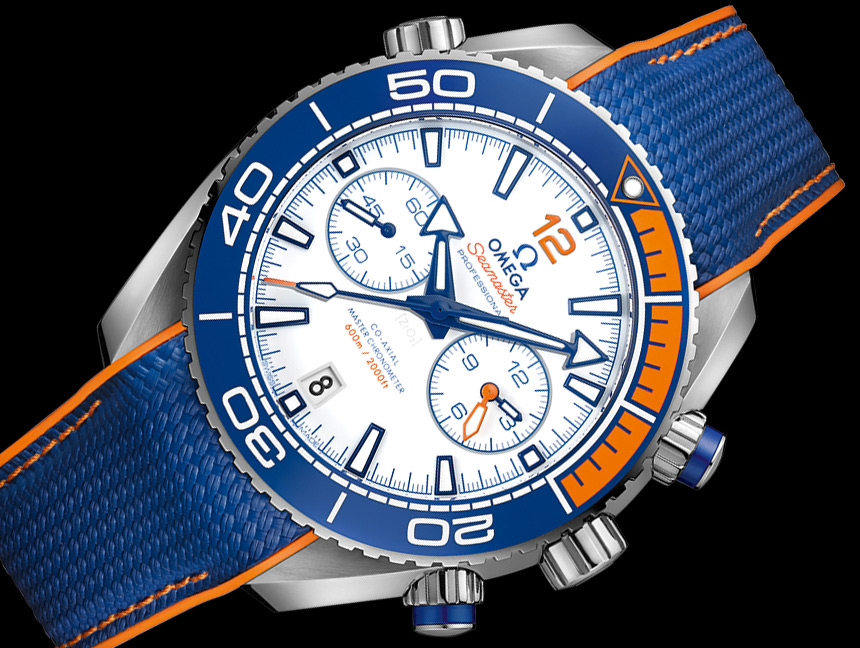 Though there is a lot of use of blue, the overall aesthetic is very fitting as it calls to mind the waters of a swimming pool. In addition, thanks to the striking white ceramic dial, the watch looks highly legible.

The Omega Seamaster Planet Ocean “Michael Phelps” Limited Edition comes with a sapphire crystal case back, which has a transferred logo of Michael Phelps etched in chromium. It also allows owners to admire the Omega Calibre 9900 within, which has attained Master Chronometer certification. 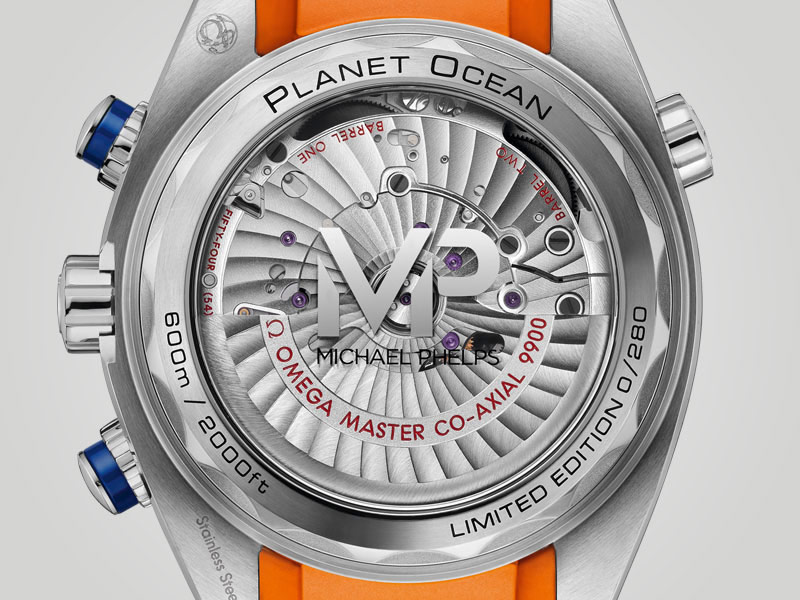 The Calibre 9900 is a self-winding chronograph movement with a column-wheel mechanism and is resistant to magnetic fields of up to 15,000 gauss in strength. It has two barrels in series offering a power reserve of 60 hours, and features a silicon balance spring. It is handsomely decorated too with rhodium-plated bridges finished with Geneva waves in arabesque. 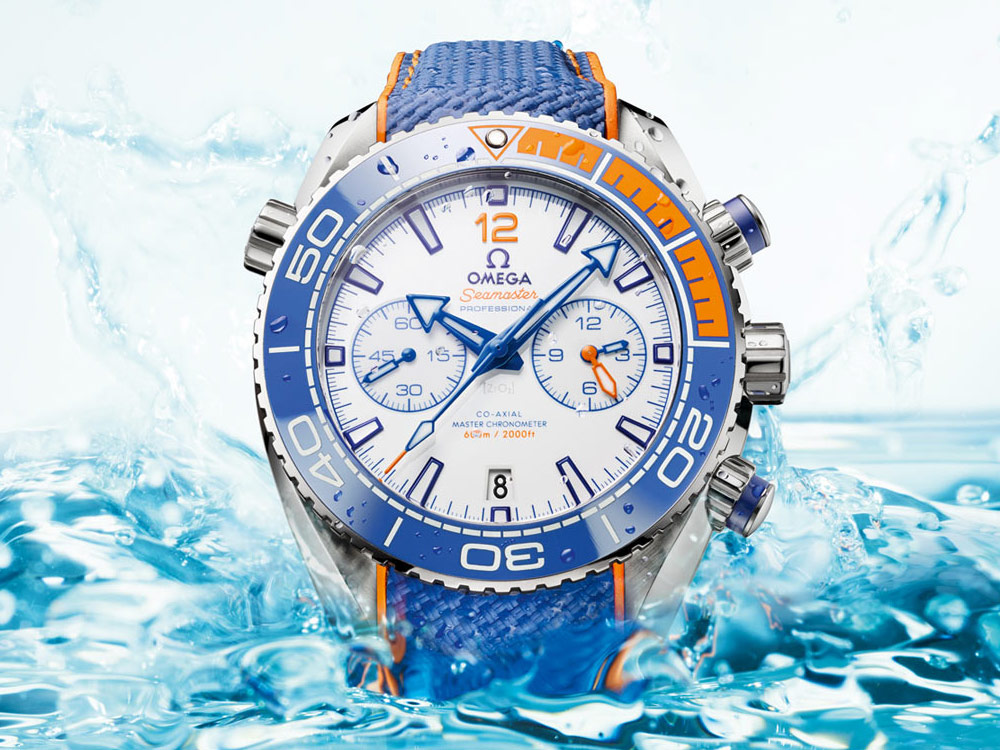