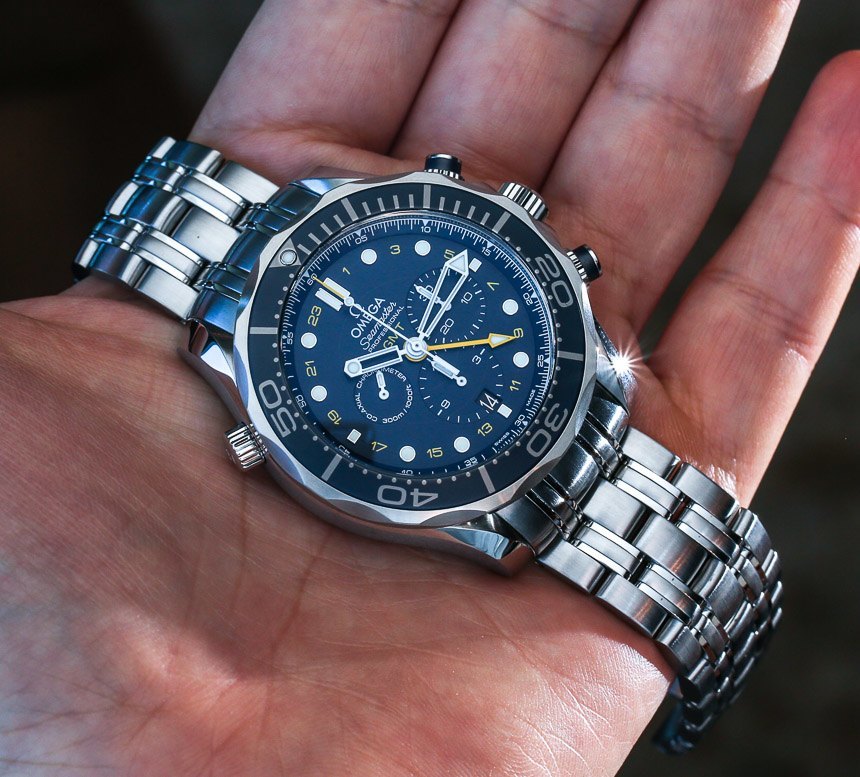 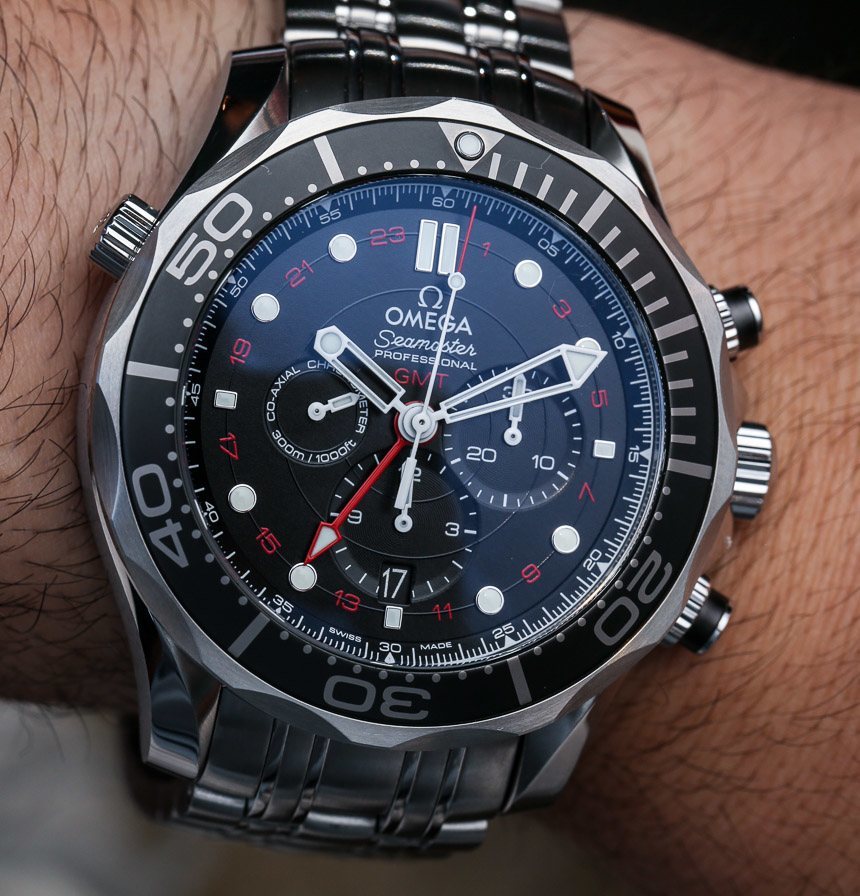 Omega watch lovers are given an almost tedious amount of good options when it comes to what watch to want next. The “Omega love” is high here, but let’s be honest, when it comes to wanting a new Speedmaster or Seamaster choosing the right model for you is just under being as complicated as determining a new neighborhood to move to. There are a complex set of considerations, pluses, minuses, and “should I hold out for X” thoughts that go through your head. Well, to make things better/more frustrating, Omega has released the Omega Seamaster 300M Chronograph GMT Co-Axial watch as another model that ticks off several boxes in your “want list.”

With so much focus on the Seamaster Planet Ocean and the new for 2014 Seamaster 300 (not 300M, yes, we know it is a bit confusing), the longstanding Omega Seamaster 300M doesn’t get all the attention it perhaps deserves. A decade ago, it was all about the Omega Seamaster 300M (300 M). It was the James Bond watch, and it was an extremely versatile timepiece that came in a range of sizes, styles, and with both mechanical and quartz movement offerings. 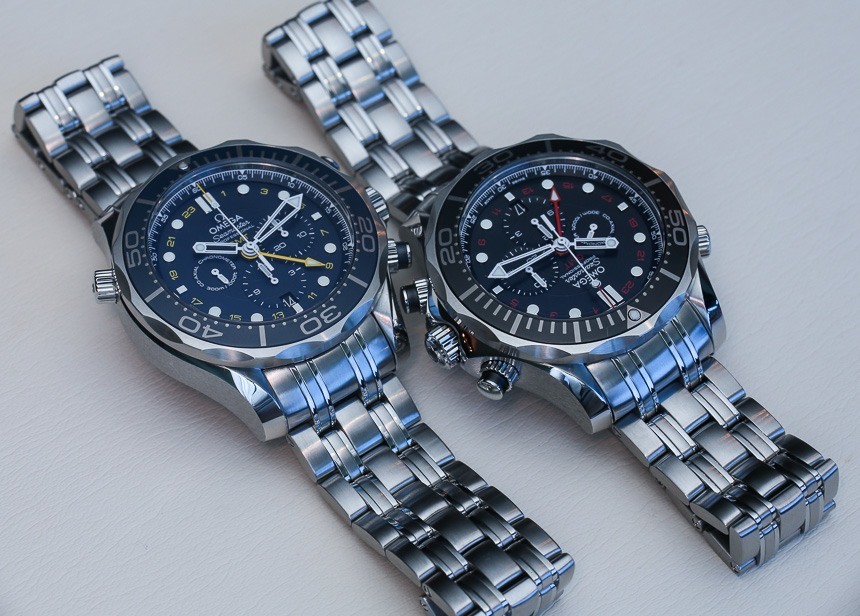 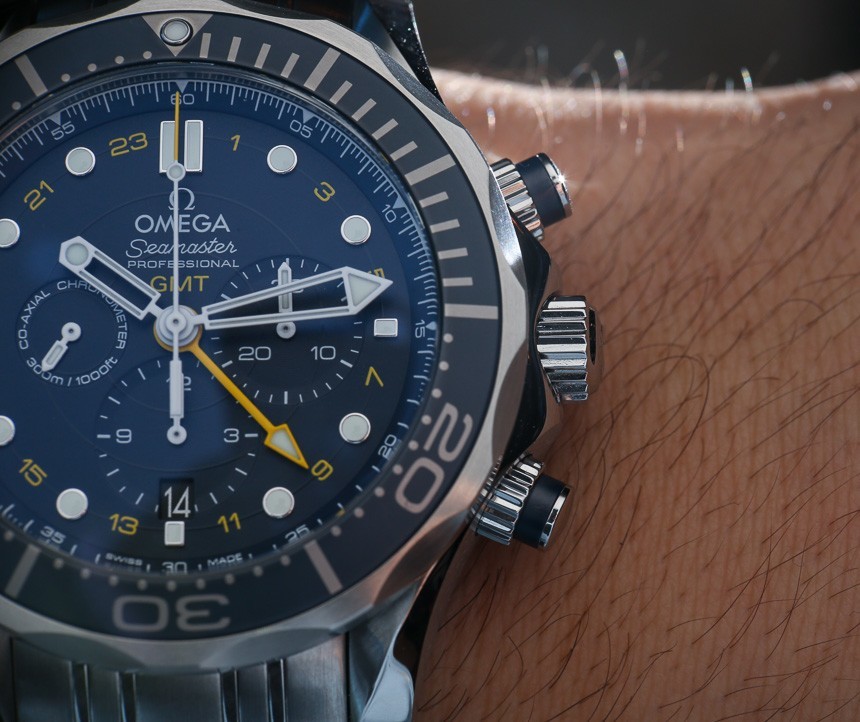 Today, the Omega Seamaster 300M collection is relatively basic and exists just under the Seamaster Planet Ocean in terms of price. The movements are not fully in-house, but rather combine custom Omega parts with stock ETA movements. Frankly, the movements are very good and the value is there too, but you can’t turn them over and admire them like you can the very pretty in-house made Omega calibers. While most Omega Seamaster 300M watches today are three-hand automatics, there are some chronograph versions (such as the Omega Seamaster 300M Co-Axial Chronograph ETNZ Limited Edition, and its non-limited edition variants), and now for 2014, a Chronograph GMT Co-Axial. 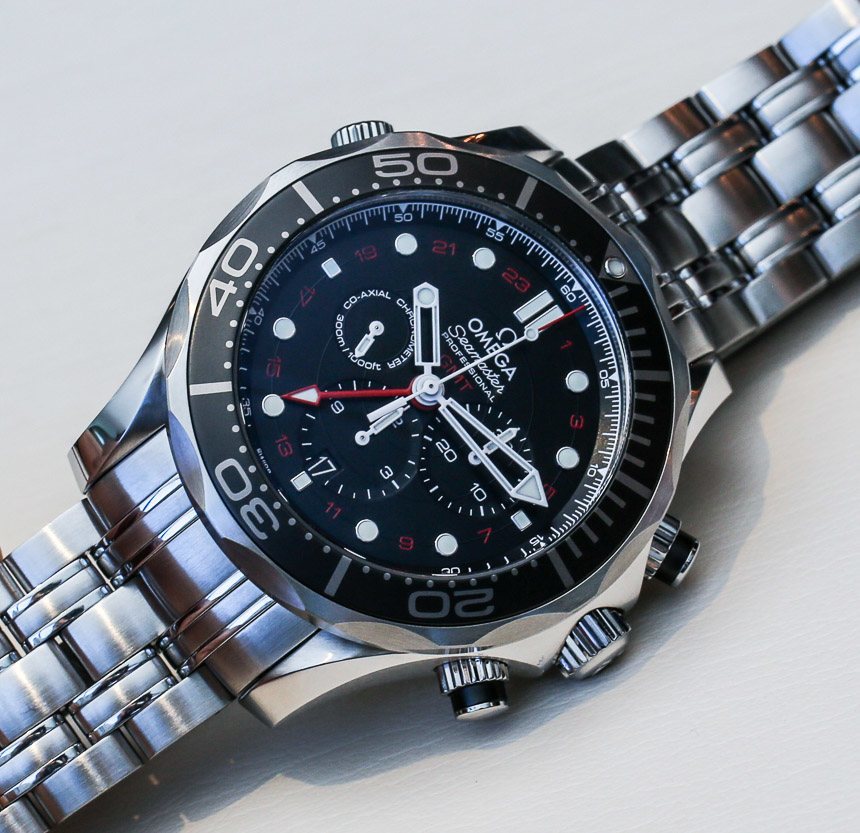 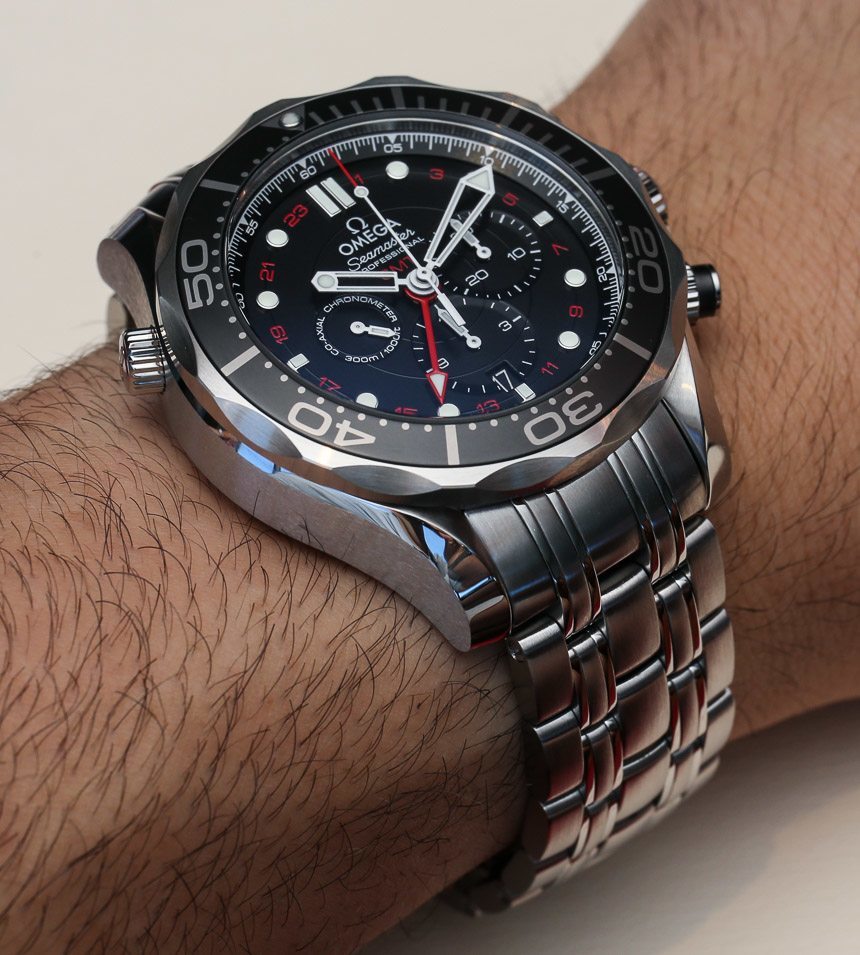 In a steel case with a matte dark gray ceramic bezel, the Omega Seamaster 300M in this form is 44mm wide and properly thick on the wrist. If there is anything you can say about Omega dive watches it is that they make for a bold presence on the wrist – especially the chronograph models. The iconic Seamaster 300M case is water resistant to 300 meters (duh) and has a manual helium release valve at 10 o’clock. 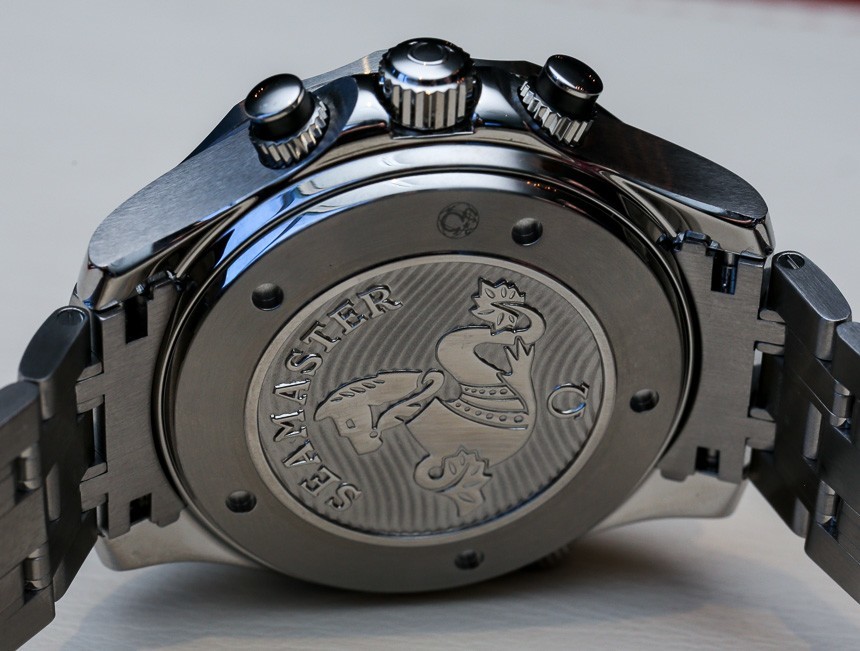 Often replicated but never really well copied is the well-regarded Omega Seamaster 300M bracelet. Omega originally designed it as a more chunky dive-style version of the Speedmaster Professional bracelet, and it continues to have its charms. It also happens to be quite comfortable. Having said that, the Seamaster 300M Chronograph GMT C-Axial is also the type of watch that can look really good on a rubber strap.

Inside the Omega Seamaster 300M Chronograph GMT Co-Axial is the Omega caliber 3603 movement that is essentially a caliber 3330 with a GMT hand. This automatic movement has a Co-Axial escapement and a silicon balance spring. It operates at 4 Hz and has a nice power reserve of 52 hours. Also, like the in-house made Omega movements the automatic rotor winds in both directions. It further has a column wheel for the chronograph and the movement is COSC Chronometer certified. The dial features the time, date, 12 hour chronograph, and central GMT hand. 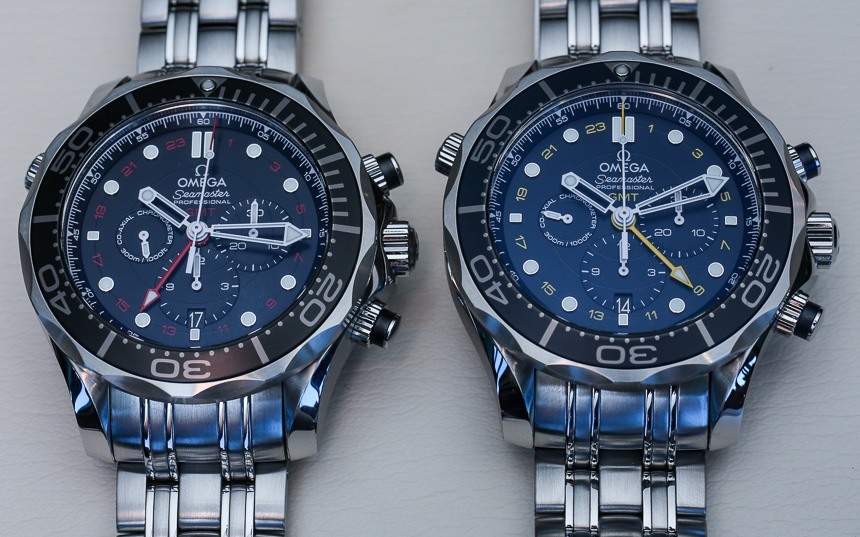