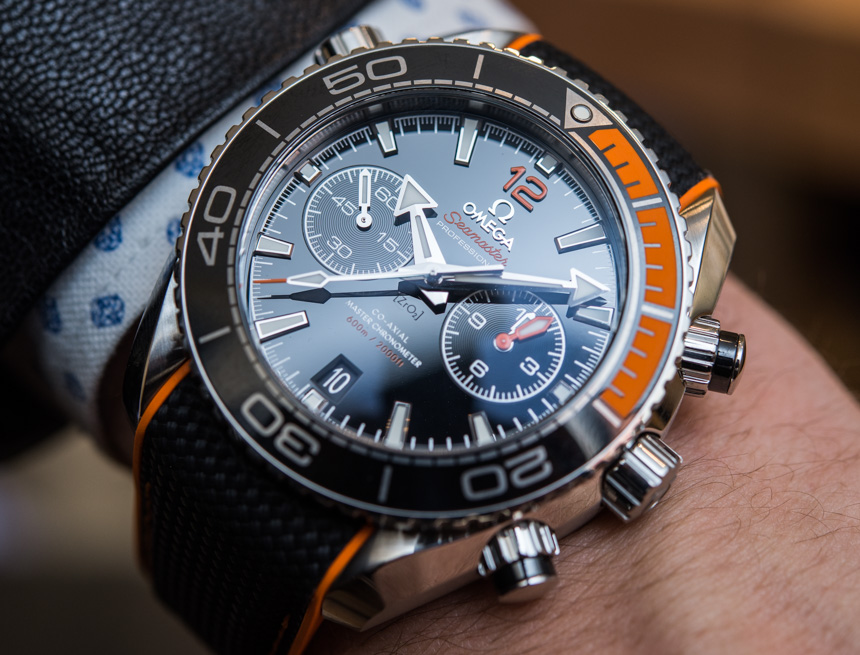 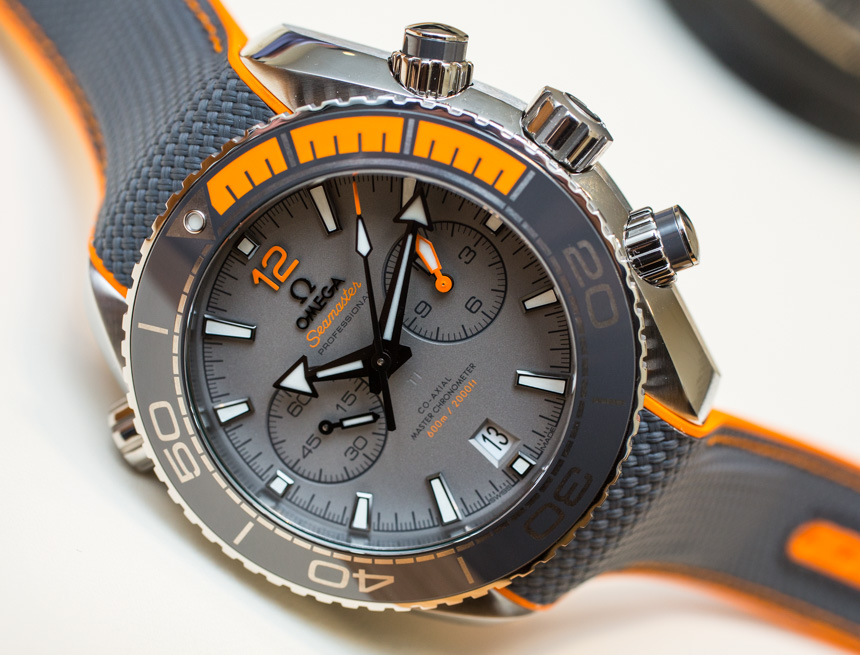 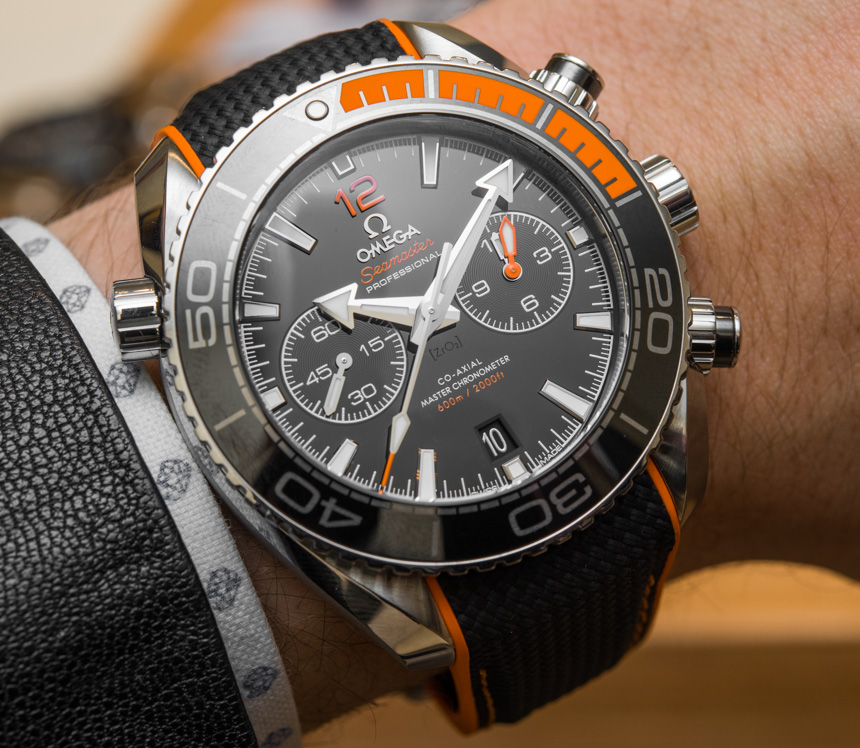 Omega actually didn’t release any totally new models at Baselworld 2016, but rather updates and extensions. That isn’t per se a bad strategy, and it is a good idea for them to improve the value proposition of their existing family of watches. Nevertheless, no one would argue that Omega lacks SKUs or product families. For this year, the Omega Seamaster Planet Ocean collection is most notably updated with a movement that is now a “Master Chronometer.” This basically means that the movement goes through the extensive METAS testing in-house at Omega, and that compared to the outgoing 9300 movement the new caliber 9900 (9901 on the precious metal case model) has the highly antimagnetic properties which make Master Chronometer watches resistant to 15,000 gauss. 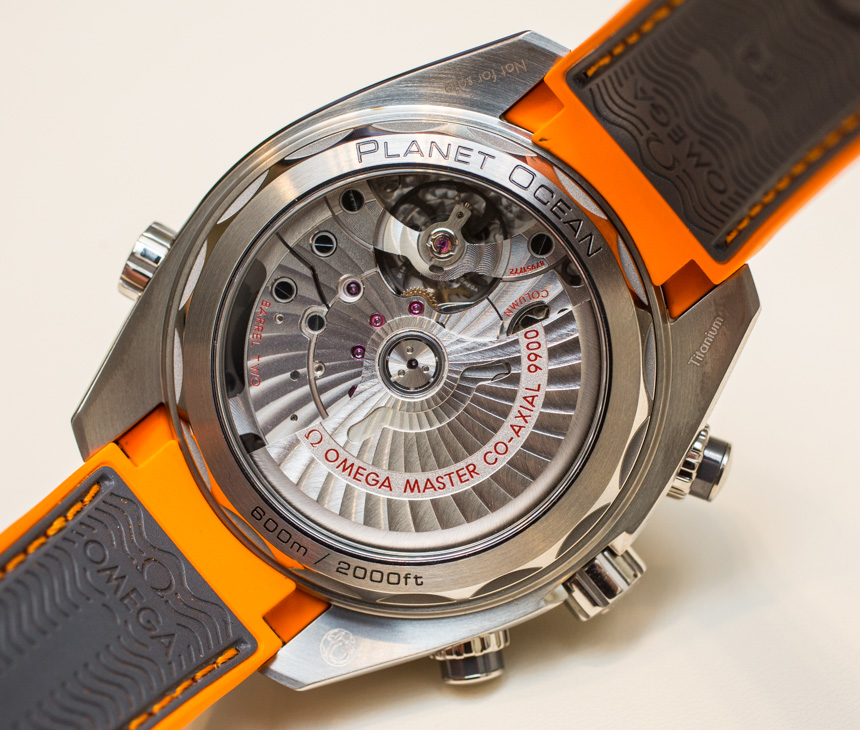 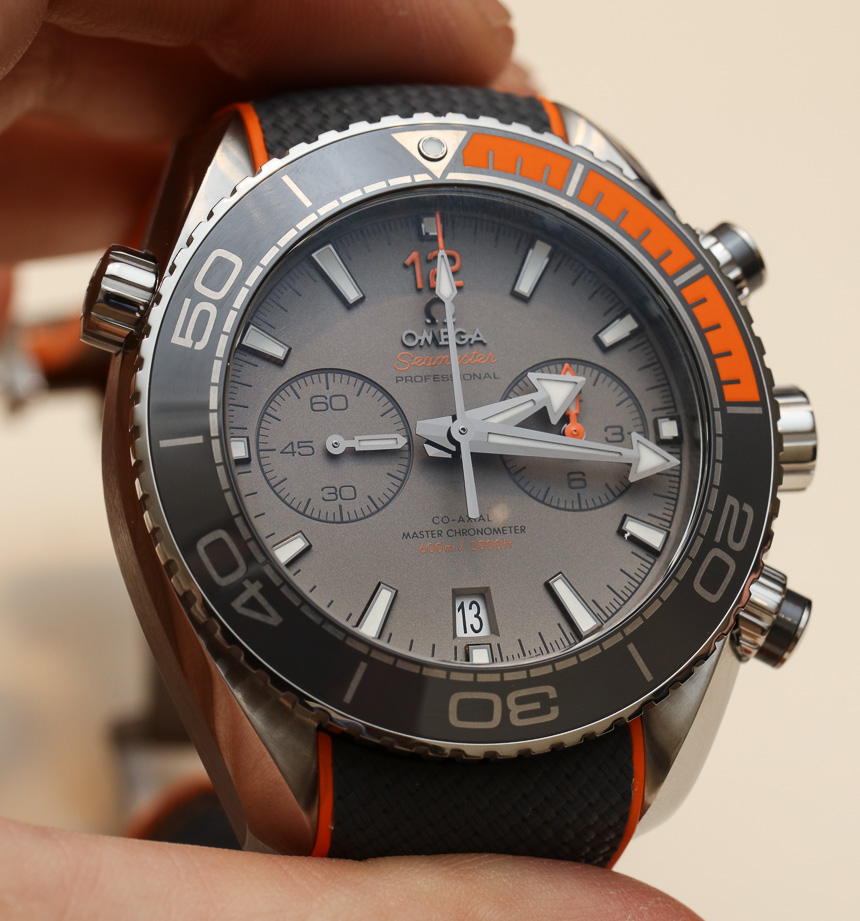 The 9300 movement family was already one of the best movements Omega ever made (something that Omega even admitted a short while after they released it). The 9900 should prove even better, and continues to be beautiful and visible through the large sapphire crystal caseback on the watch. Again, recall that it isn’t common to have exhibition caseback windows on 600m water-resistant dive-style watches. 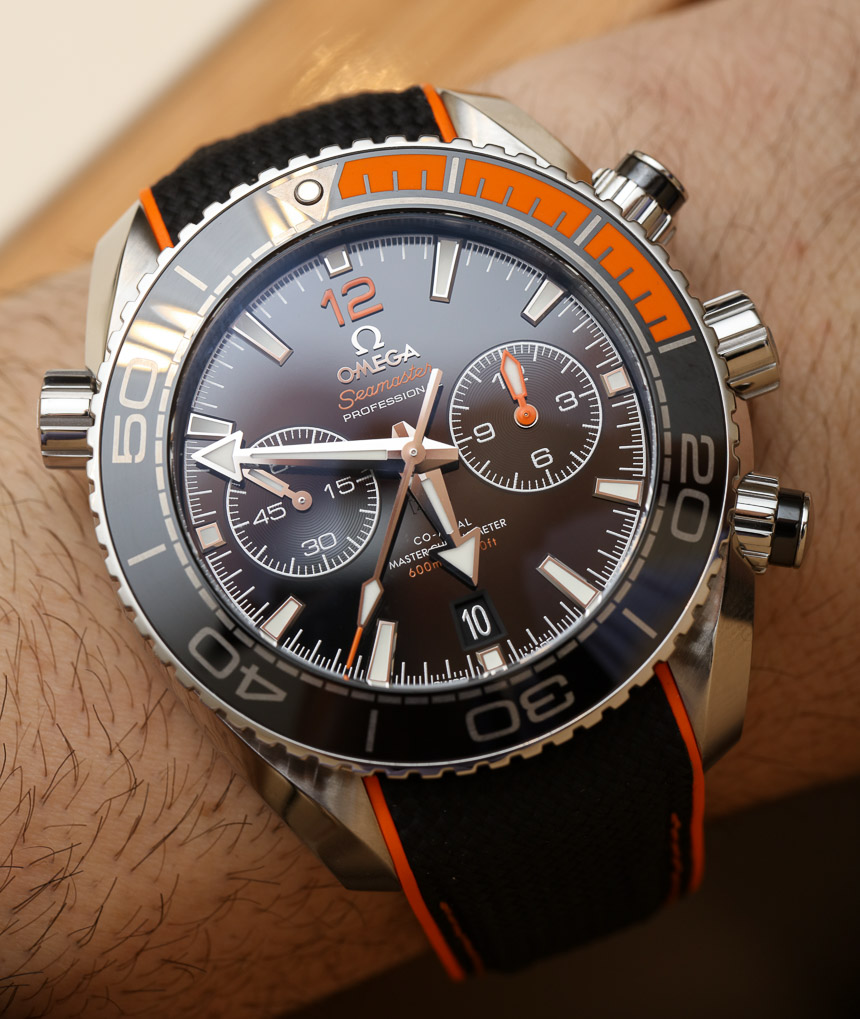 The Co-Axial escapement 9900 movement operates at 4Hz (we tend to recall the Co-Axial escapement-based Omega movement to run a bit slower, but 4Hz is what the press release said) with 60 hours of power reserve and with a silicon balance wheel. The automatic movement offers the time with date and 12-hour chronograph. The right subdial has two hands which are used to count the chronograph minutes and hours. We fully expect the 9900 family of movements to be as good as the outgoing 9300 movement generation, but even better with the high bar set by the METAS certification for “Master Chronometer” watches. 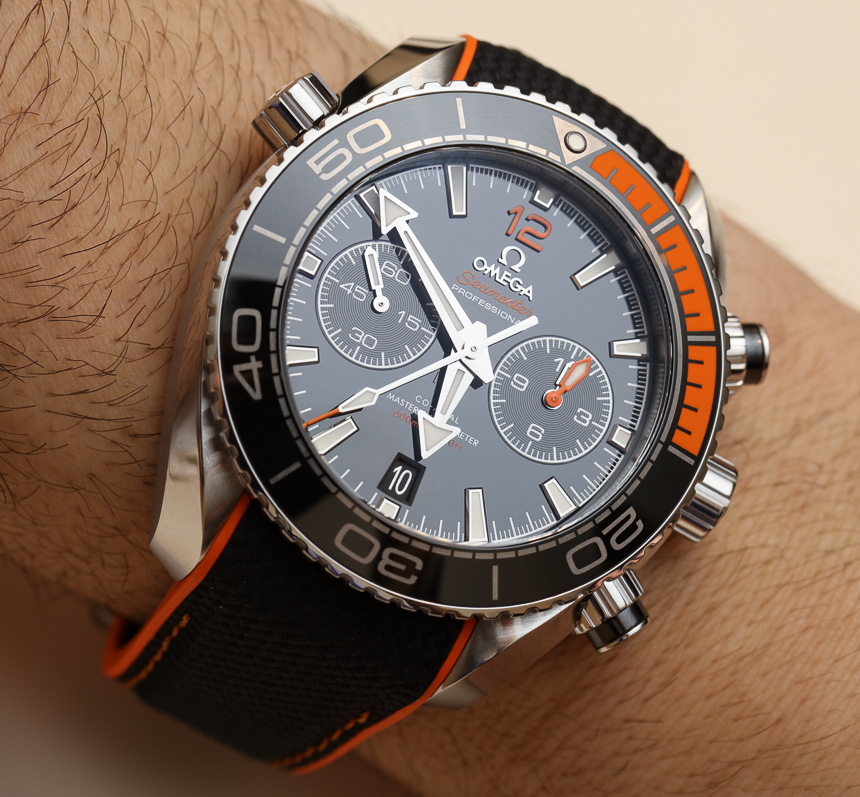 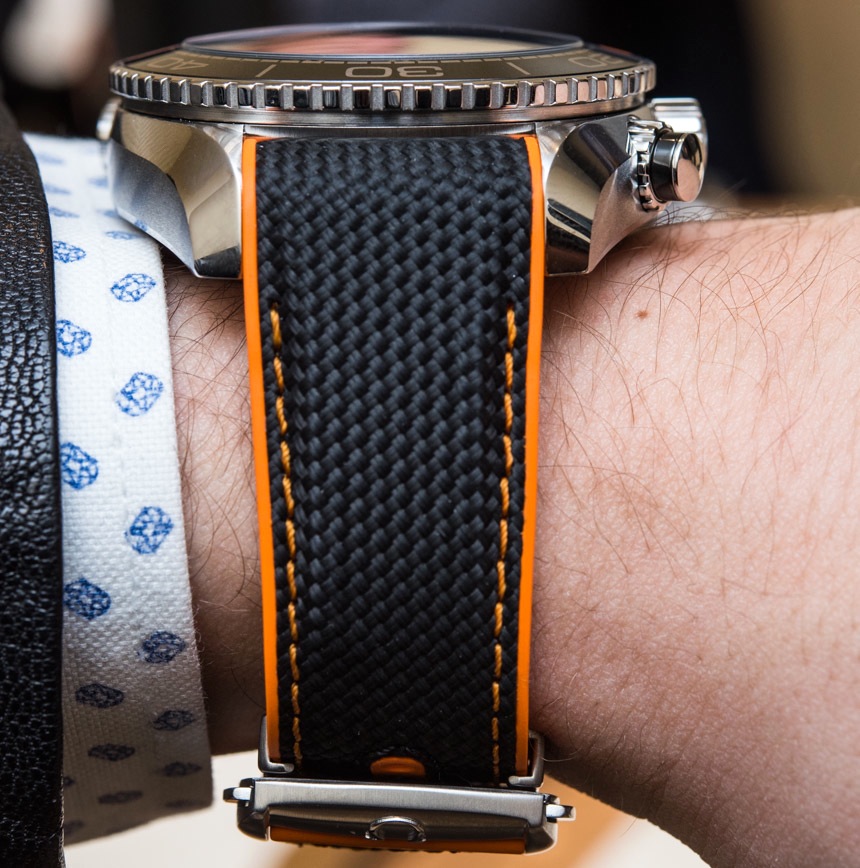 At 45.5mm wide, the Omega Seamaster Planet Ocean Master Chronometer Chronograph watches could not be described as small, but they are more wearable than ever (despite being a full 18.87mm thick) thanks to a new lug attachment system which allows the strap or bracelet to go down more directly. Plus, the caseback itself is narrower (and has been reworked with a new design) which allows the watch to feel as though it wears smaller than it actually is. If you wear large, top-heavy watches like this snugly, then they are quite comfy, to be honest. Omega makes that simple by adding their excellent micro-adjust system to the bracelets. Moreover, the updated rubber straps (which are super cool) help make for a snug fit on the wrist. 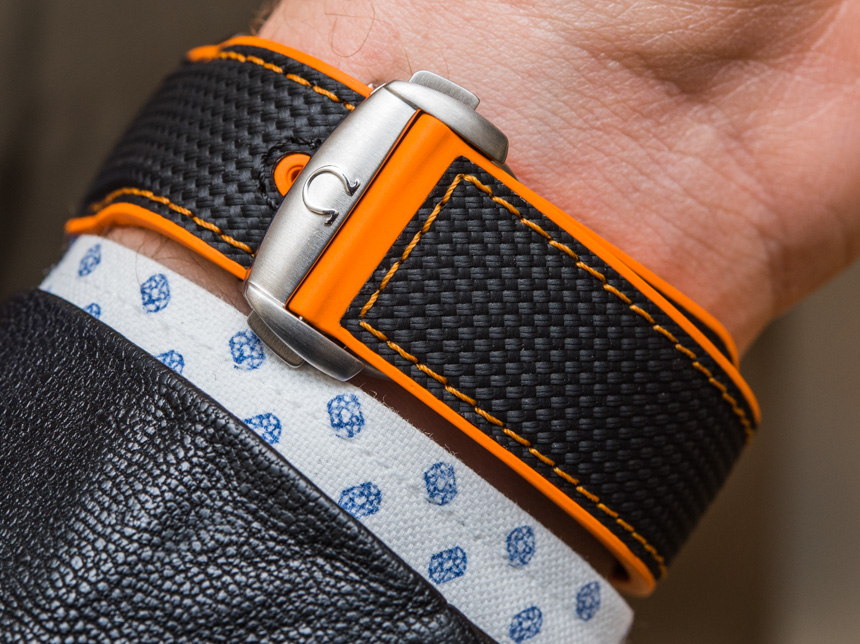 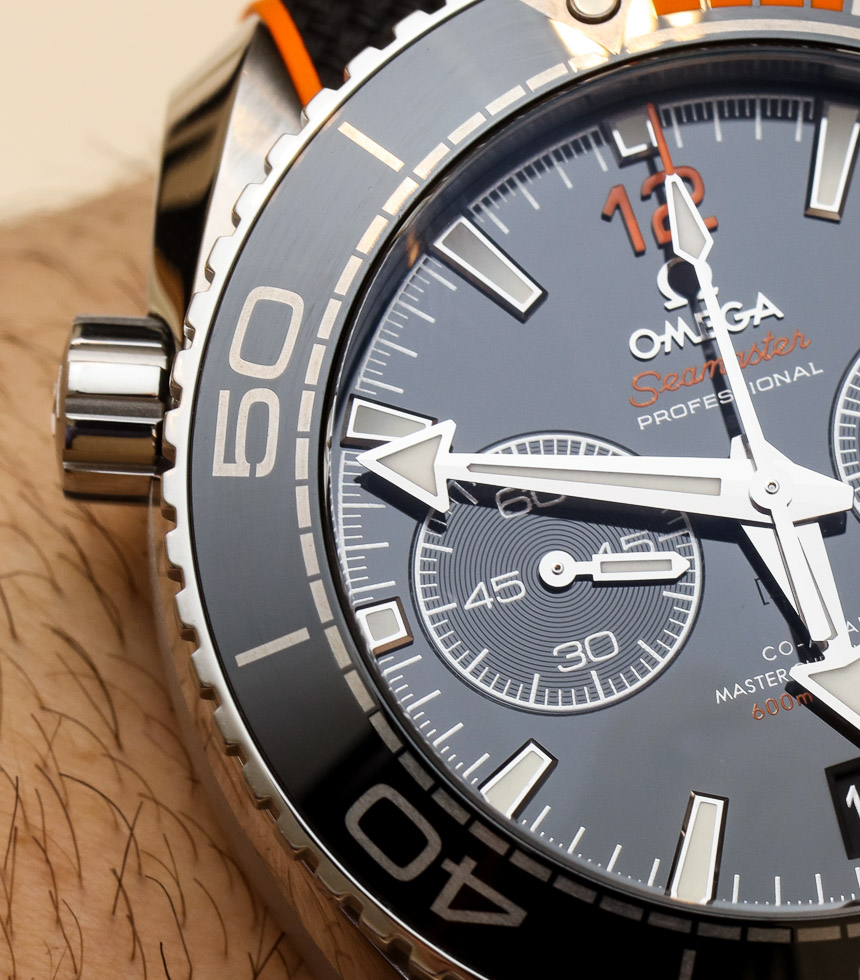 In addition to black and blue Liquidmetal ceramic bezels, there is a new bezel style for the Omega Seamaster Planet Ocean Master Chronometer Chronograph collection, which combines Liquidmetal ceramic with caoutchouc rubber, done here in orange. Omega actually has some ceramic orange bezels, but chose rubber for its brighter color compared to ceramic. The rubber is molded into the bezel and then polished. Honestly, unless you touched it, you wouldn’t know it was rubber in the bezel. I asked Omega how it ages, and they claimed that during testing (where it was artificially aged to replicate about 10 years of wear) the color and material looked just fine. Another small update to the rotating diver’s bezel design is the addition of minute markers for the entire ring. 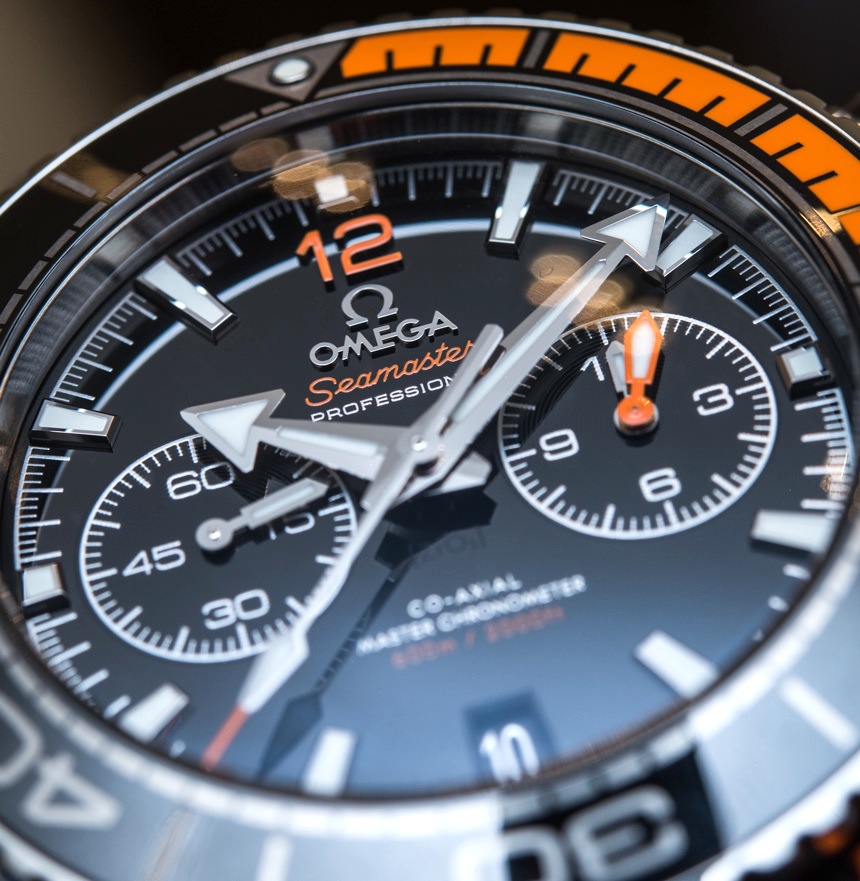 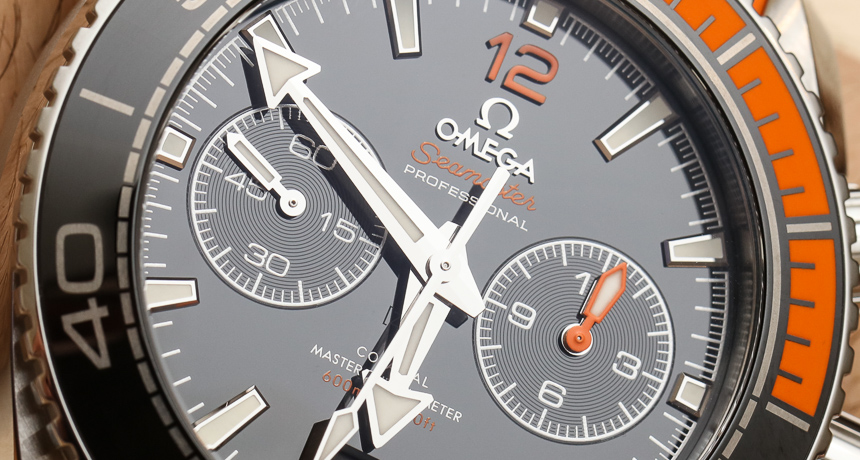 All the new Omega Seamaster Planet Ocean Master Chronometer Chronograph models come with new ceramic (or titanium) dials. Designated with a subtle “ZrO2” label under 12 o’clock, the dials are nicer-looking than the outgoing lacquer dials of many of the previous generation models. You’ll also notice new hour markers and even updated 6, 9, and 12 applied Arabic numeral hour marker font styles. Again, these are all small updates, but taken together they are a more-than-welcome facelift to Omega’s top-shelf diving watch collection, which has more or less remained unchanged for the last five years. 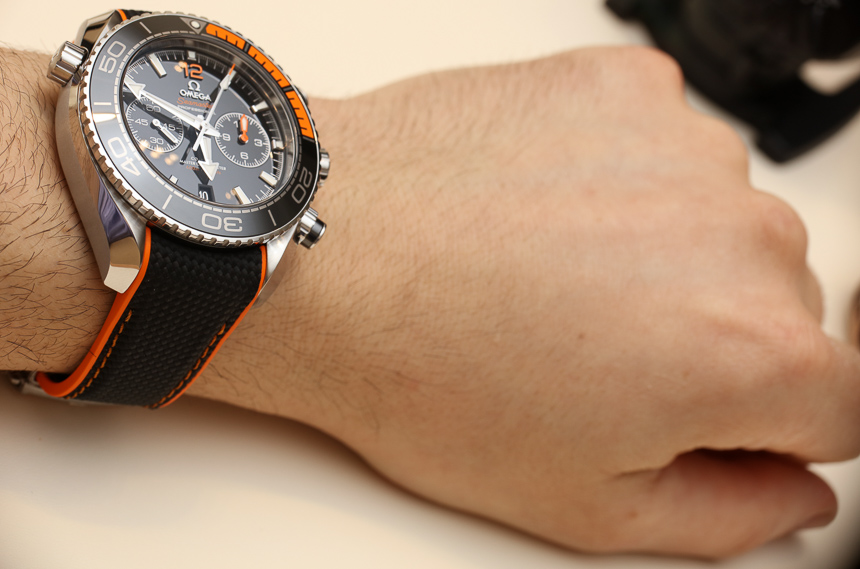 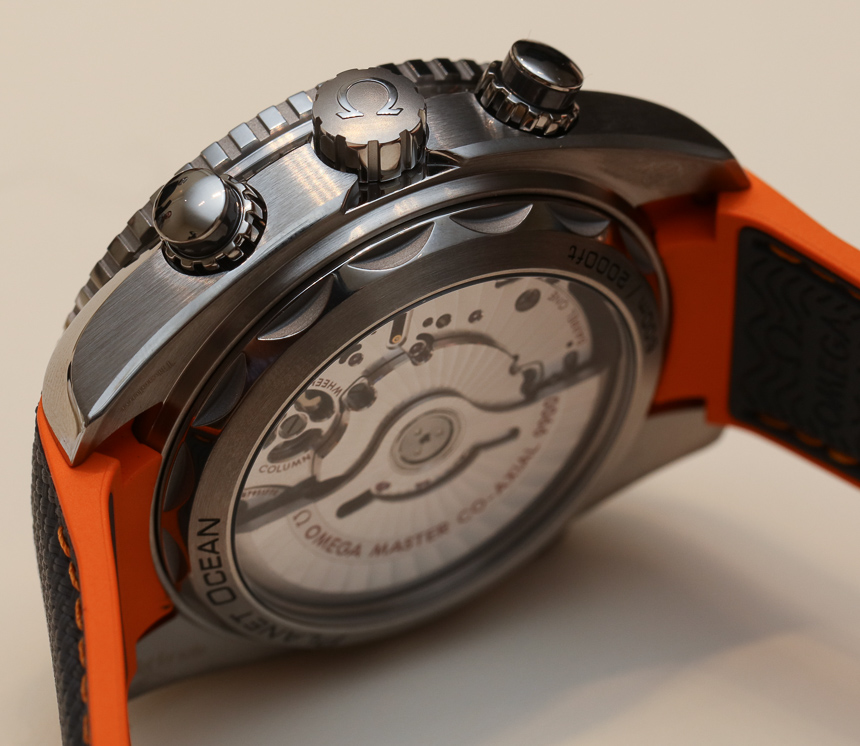 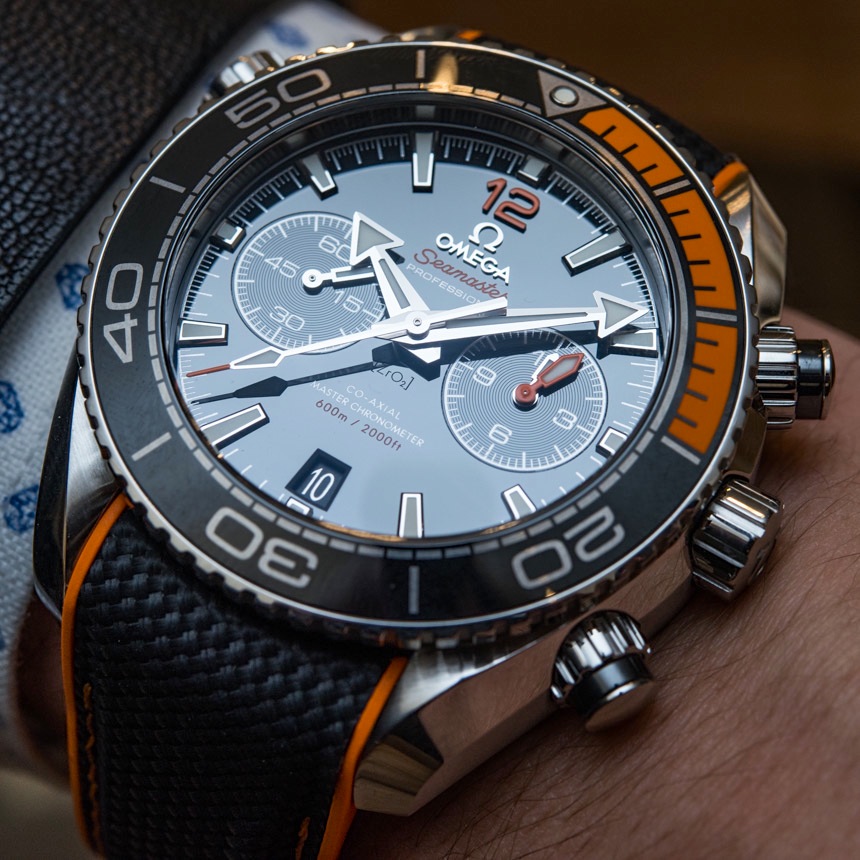 The 2016 Omega Seamaster Planet Ocean Master Chronometer Chronograph 45.5mm watches include steel-cased models with black, blue, or gray ceramic dials matched to black and orange, all black, or blue bezels. The more high-end models include a two-tone steel and 18k Sedna (rose) gold version with a blue dial, as well as a full 18k Sedna gold model with a blue dial on a strap. These are some very pretty, albeit large and bold, sport watches which continue to be class leaders in this category that includes alternatives such as the Audemars Piguet Royal Oak Offshore Diver Chronograph, Blancpain Fifty Fathoms Bathyscaphe Chronograph, IWC Aquatimer Chronograph, and the Breitling SuperOcean Chronograph. 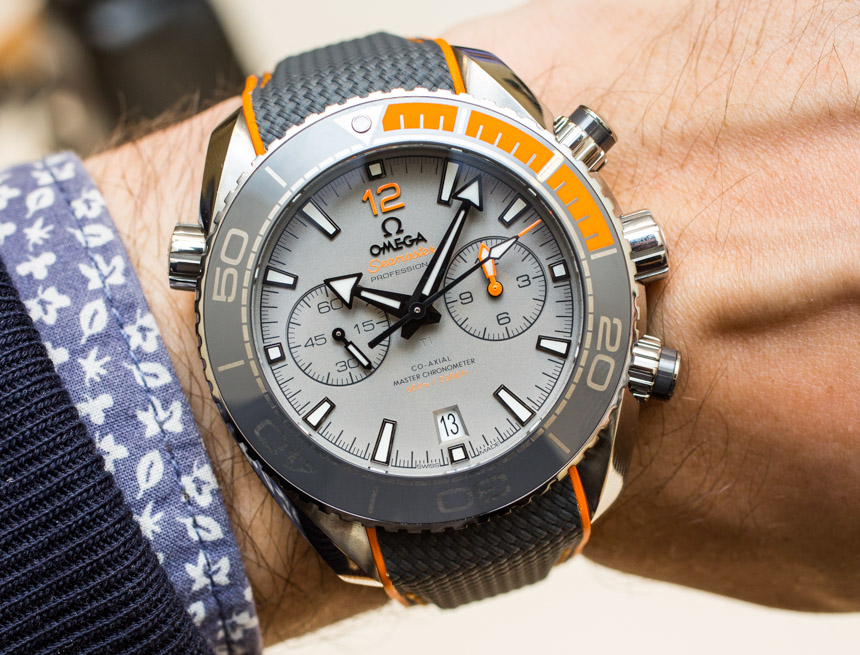