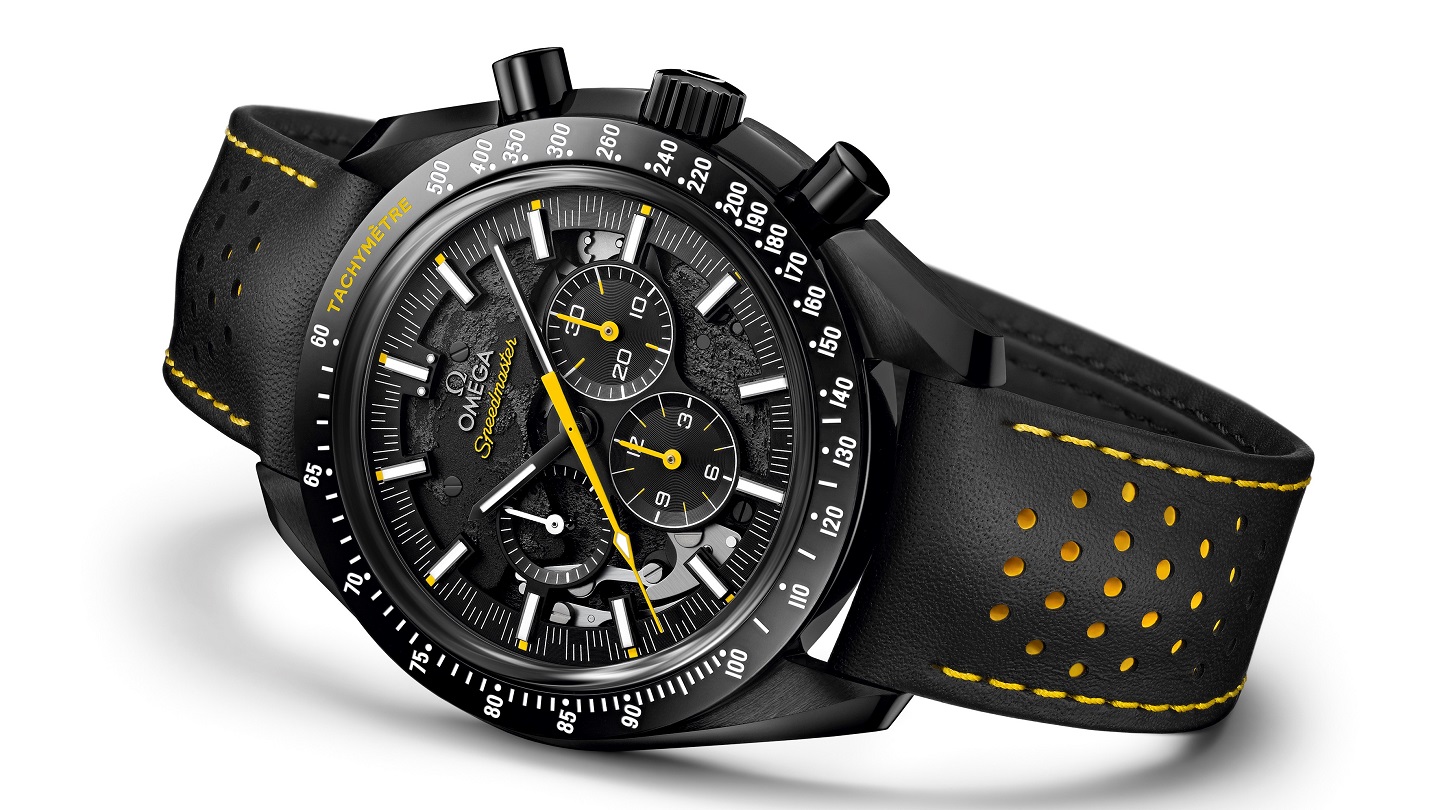 Omega Speedmaster Dark Side Of The Moon Apollo 8 Watch 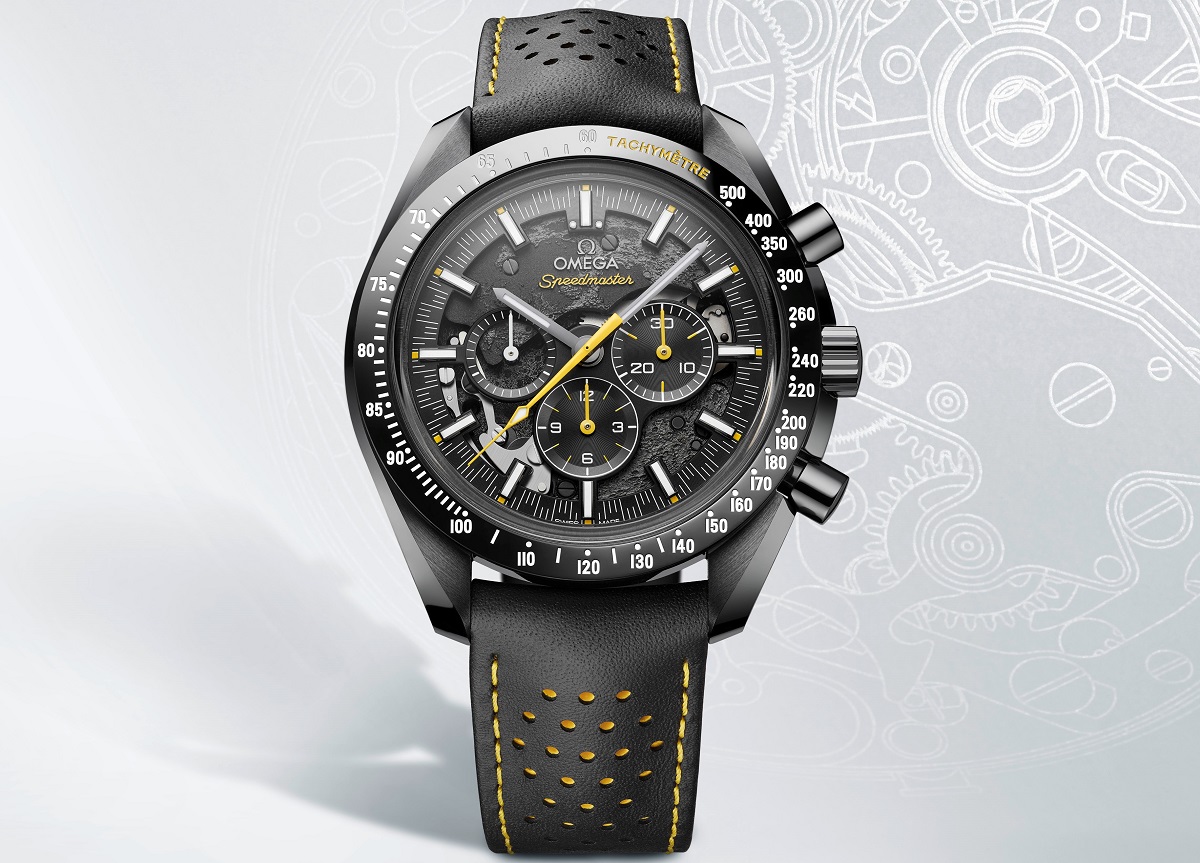 When Baselworld comes around, there are certain things you can count on. One of those is, of course, a new variant of the venerable Omega Speedmaster. This is the first time in a long while that we see them come with a semi-skeletonized dial – some might remember a few pieces from the ’90s and early ‘2000s. On one hand, I’m sad to see any portion of that moon-crater dial surface disappear, but they have done it for a really cool reason. Here’s the Omega Speedmaster Dark Side of the Moon Apollo 8. 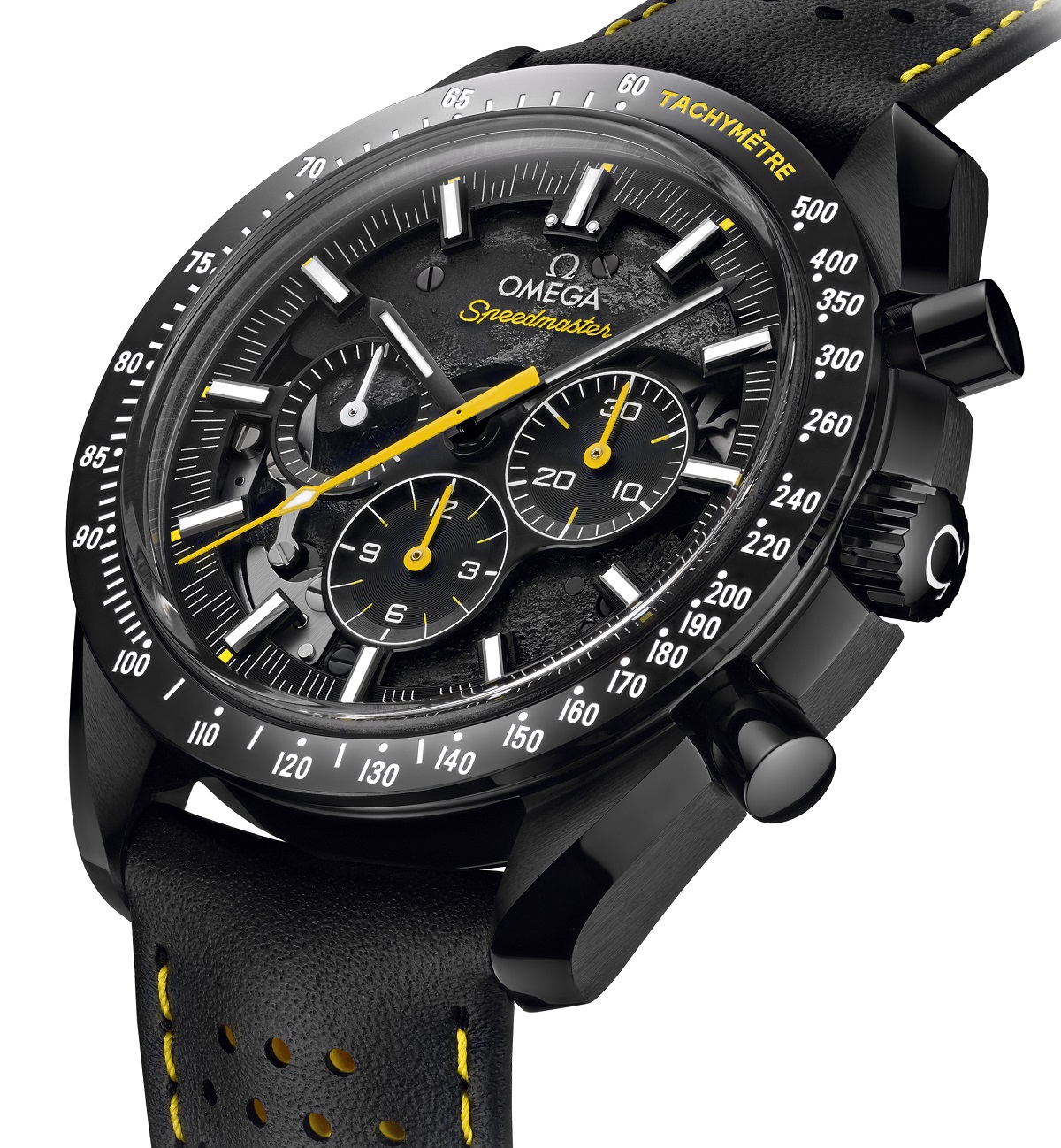 We’re now 50 years on from when the Apollo 8 mission was undertaken. This was the second manned spaceflight that NASA had launched, and the first to orbit around the moon and return to Earth. So, you could reasonably say that it was the first time that human eyes had directly observed the dark side of the moon. 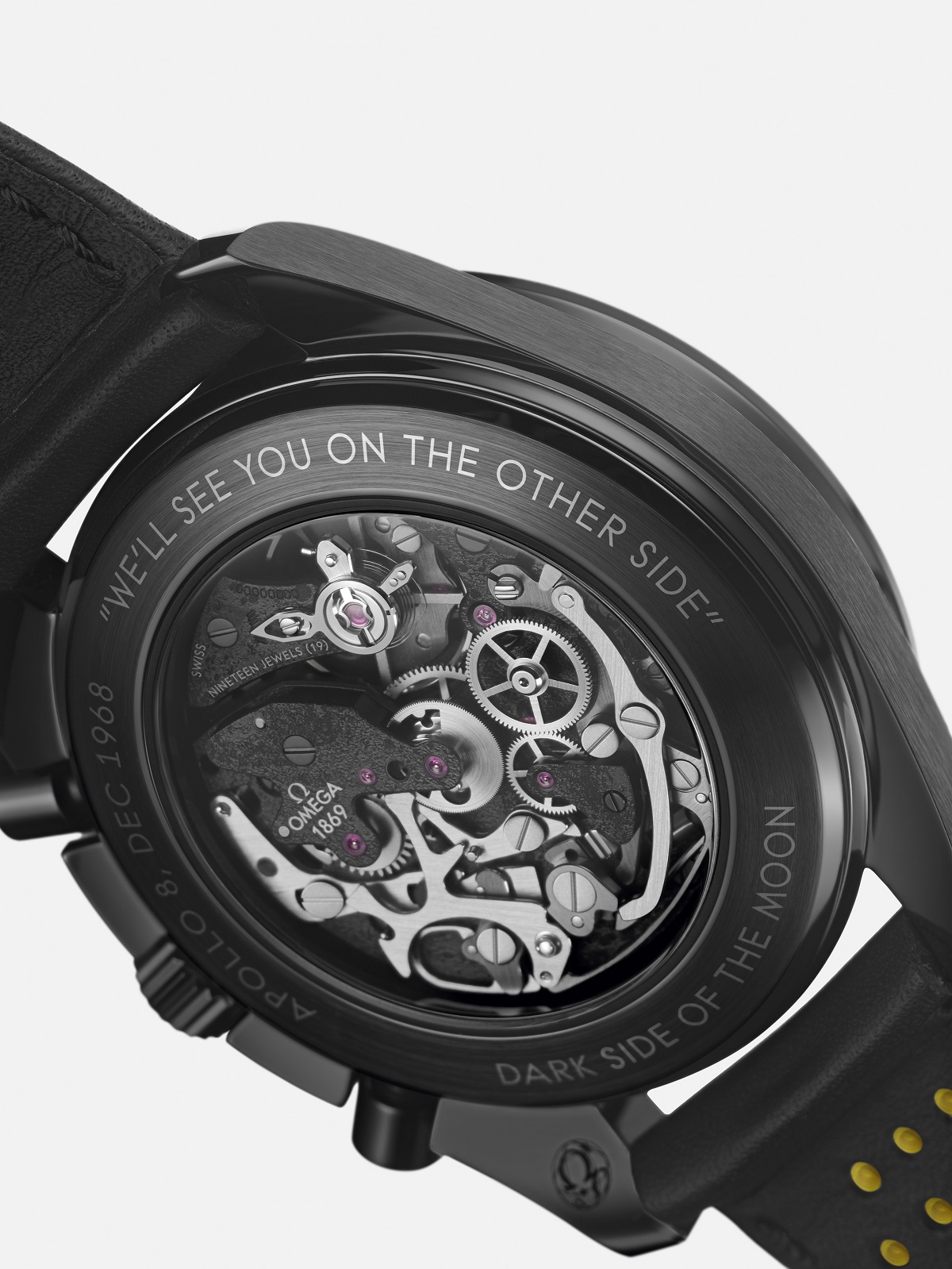 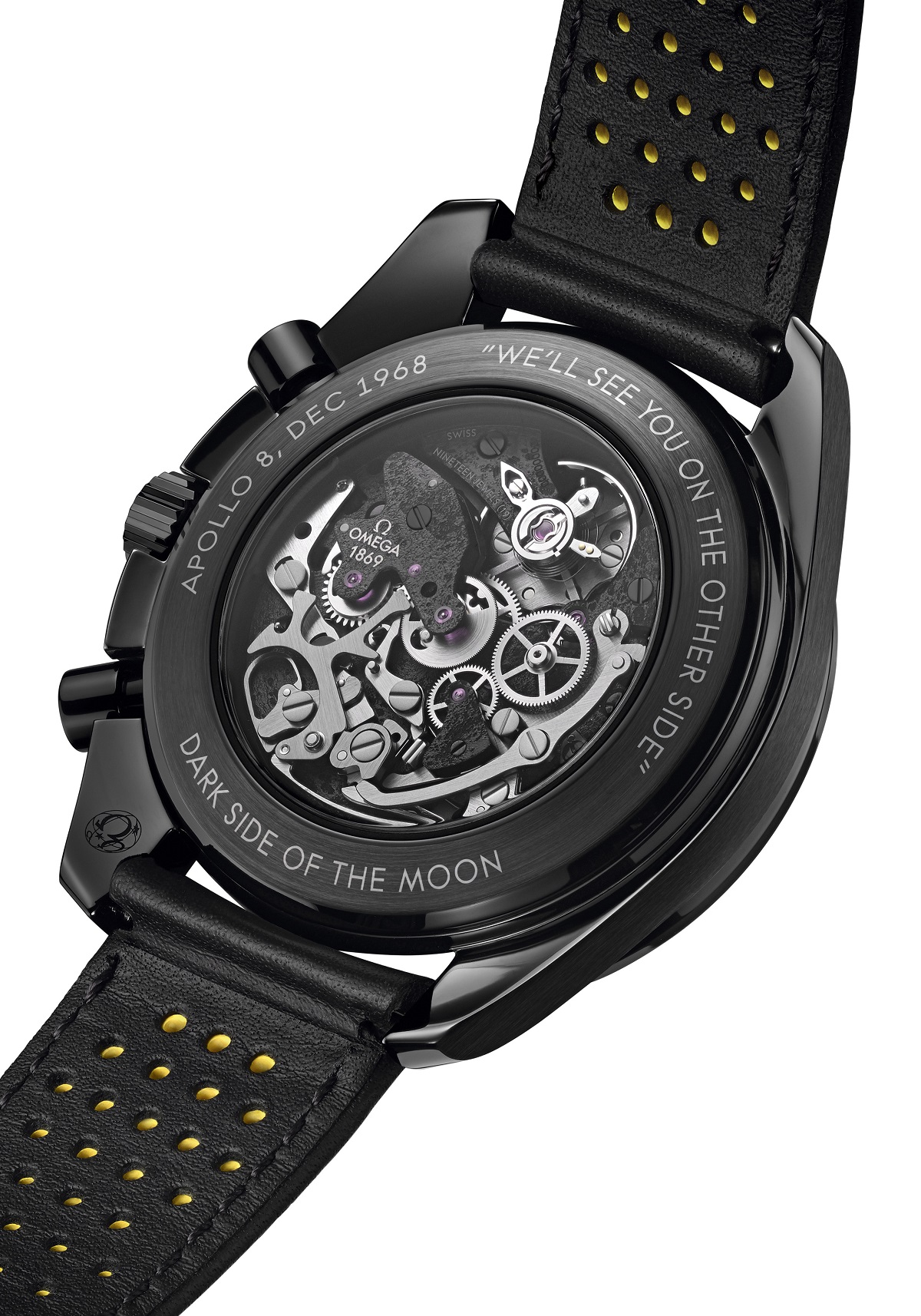 One of those who has seen the dark side of the moon is Command Module pilot Jim Lovell. His words, “We’ll see you on the other side” are engraved on the caseback of the Omega Speedmaster Dark Side of the Moon Apollo 8. He spoke these words just before Apollo 8 lost radio contact with mission control, and they’re fitting to show up on the watch. 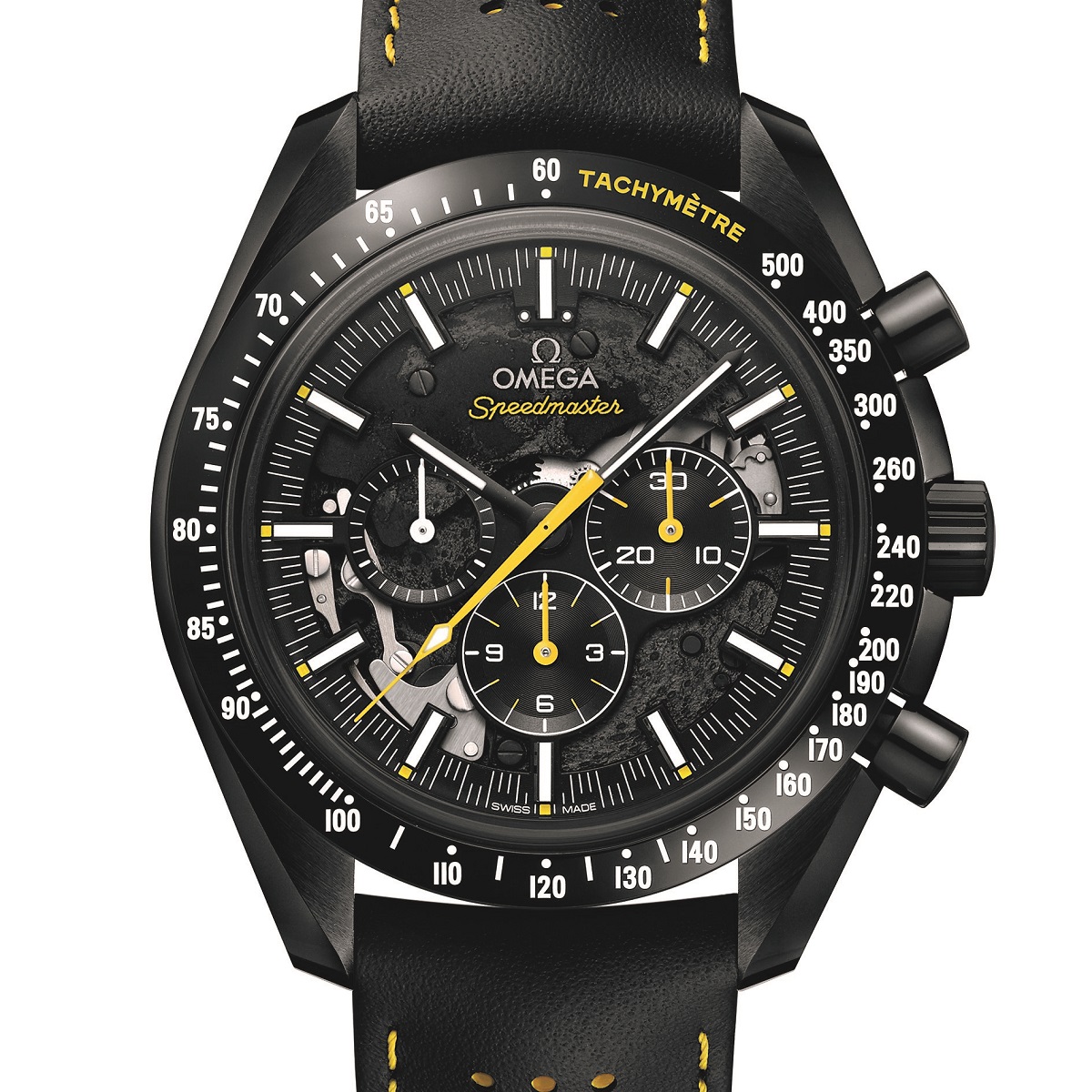 While not perhaps thematically appropriate, I do like the use of yellow (and I say thematic, because there’s simply not a NASA tie in there) on the Omega Speedmaster Dark Side of the Moon Apollo 8. Omega does say that they first used yellow on a 1968 Speedmaster, so it ties into the watch’s lineage, I suppose. I just think it pops rather nicely against an otherwise dark watch. 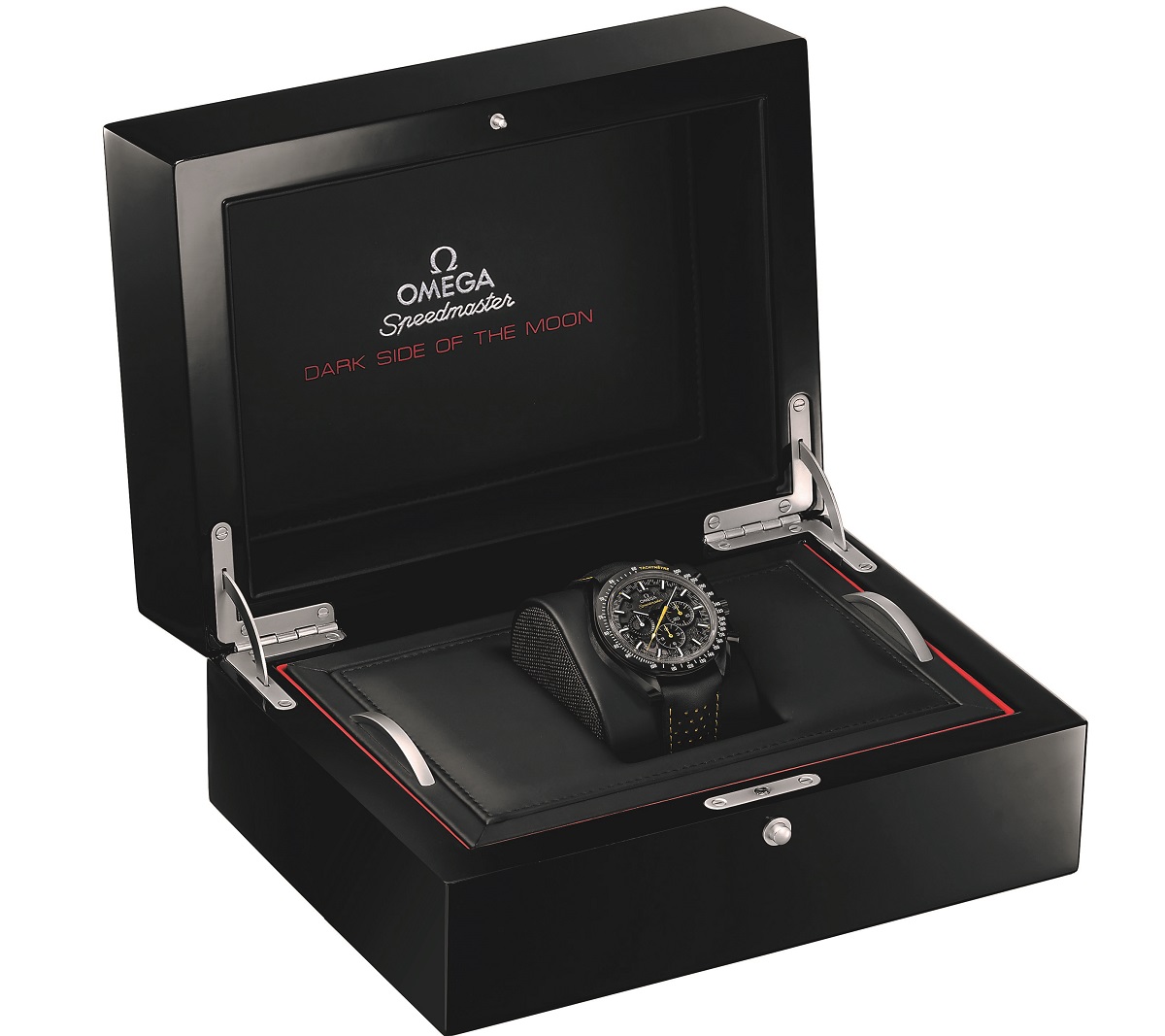 Some folks may get riled up about a new Speedmaster, and for those, sure, the Omega Speedmaster Dark Side of the Moon Apollo 8 probably isn’t going to do much for them. For me, I tend to lean towards non-chronographs, or the broad-arrow interpretations of the Speedmaster. That said, even I – an avowed non-chronograph guy – find a lot to like here. The design of the watch stays true to the brand and its lineage while getting some rather cool (and somewhat subtle) cues in there to honor that pioneering Apollo 8 flight. While I may not envision owning one of these, I find that there’s no shortage of things to like. We’ll update you with exact pricing once we confirm with Omega. omegawatches.com