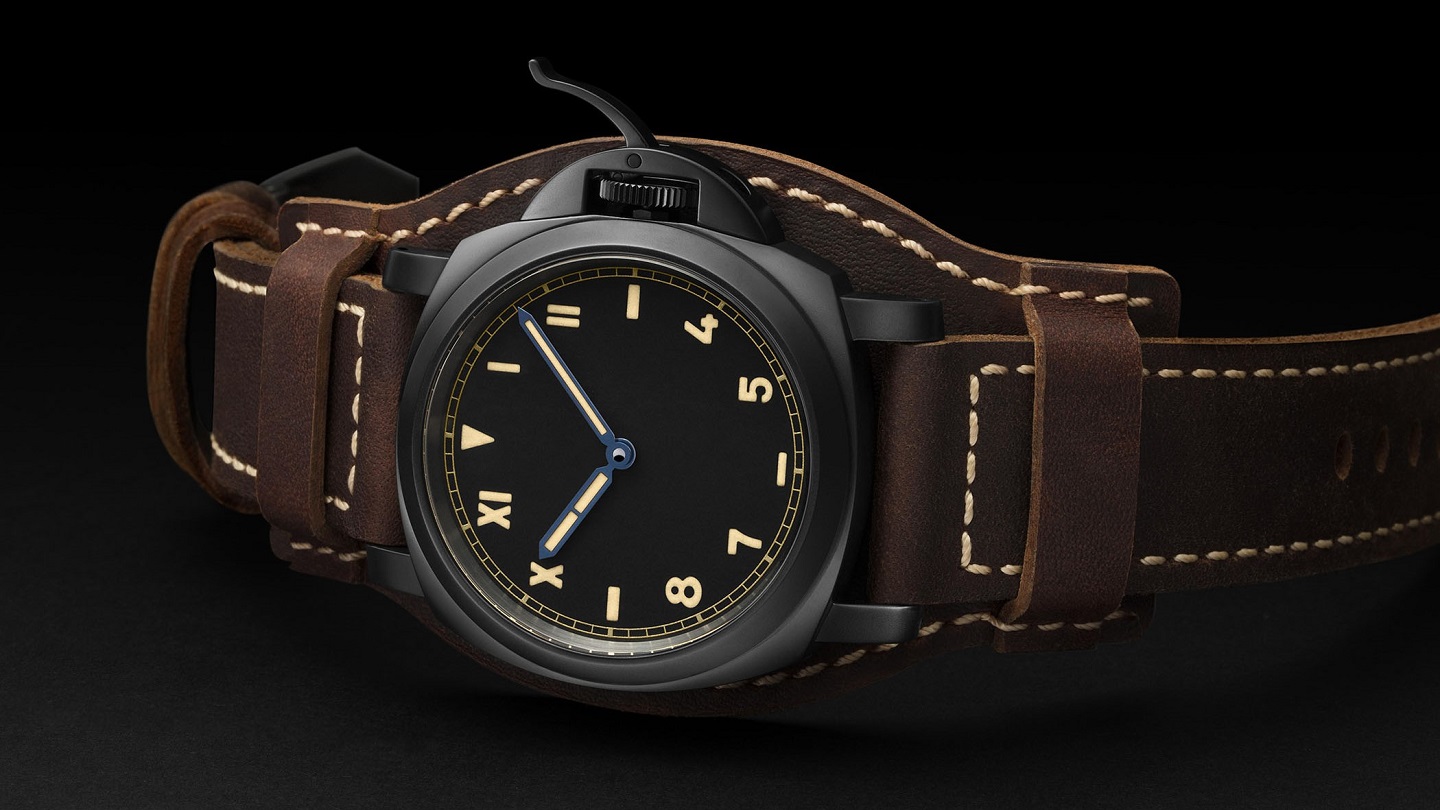 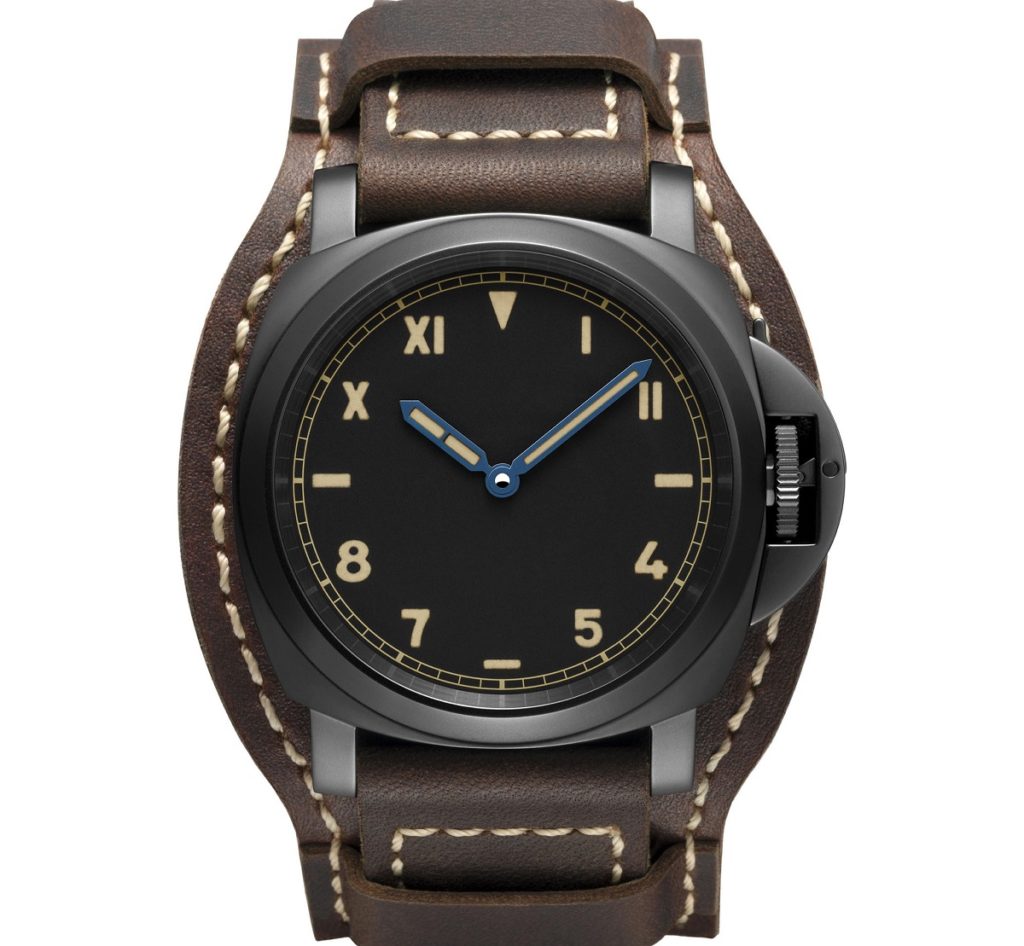 If there is one thing Panerai is known for, it’s the ability to house a plethora of same-but-still-different watch models in the Luminor Collection. The sheer number of different flavors is enough to make one’s head spin, but it’s also what’s made the collection so wildly popular. The ability to have a super ridiculous Grand Complication, or a tasteful diver, or even a vintage military inspired, rugged big-boy toy is what I would argue makes the brand so appealing, and the collection so enticing. For 2018, Panerai takes a shot at combining a bunch of their Luminor features into a single watch. The Panerai Luminor California 8 Days DLC PAM00779 (we are going to call it the PAM00779 for short), feels like a “greatest hits” record from the Luminor collection.

The case measures 44mm, which isn’t small, but still modest as far as Panerai is concerned. It contains all the standard, charming, but still masculine military influence you would expect from Panerai, in a light-ish titanium case. In keeping with the more rugged design qualities, Panerai opts to give the case a DLC coating complete with Panerai’s standard lever bridge crown guard – something I wouldn’t typically be a fan of, but it fits well with the overall DNA of the watch. Additionally, the water resistance is an incredible 300m. 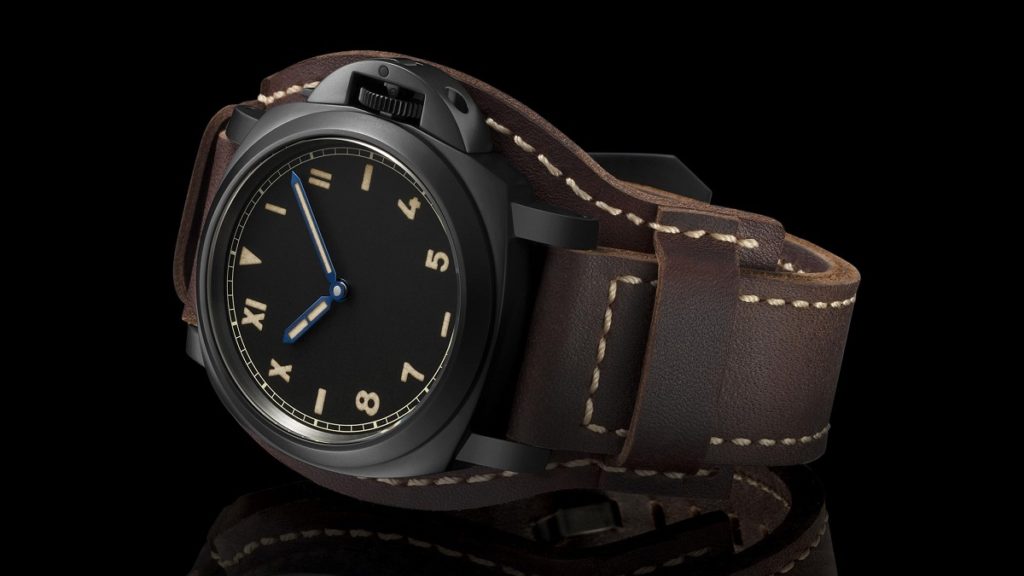 Tying the case together is a brown leather bund strap (again, something I would typically loathe) that works incredibly well for the overall aesthetic. Panerai initially offered bund straps to the Italian military to keep the back of the watch from touching the skin, in case of extreme cold or heat. Interestingly enough, the bund strap may come standard, but can be removed for the traditional leather two piece strap, and for the more active consumer, a rubber strap will also be included. 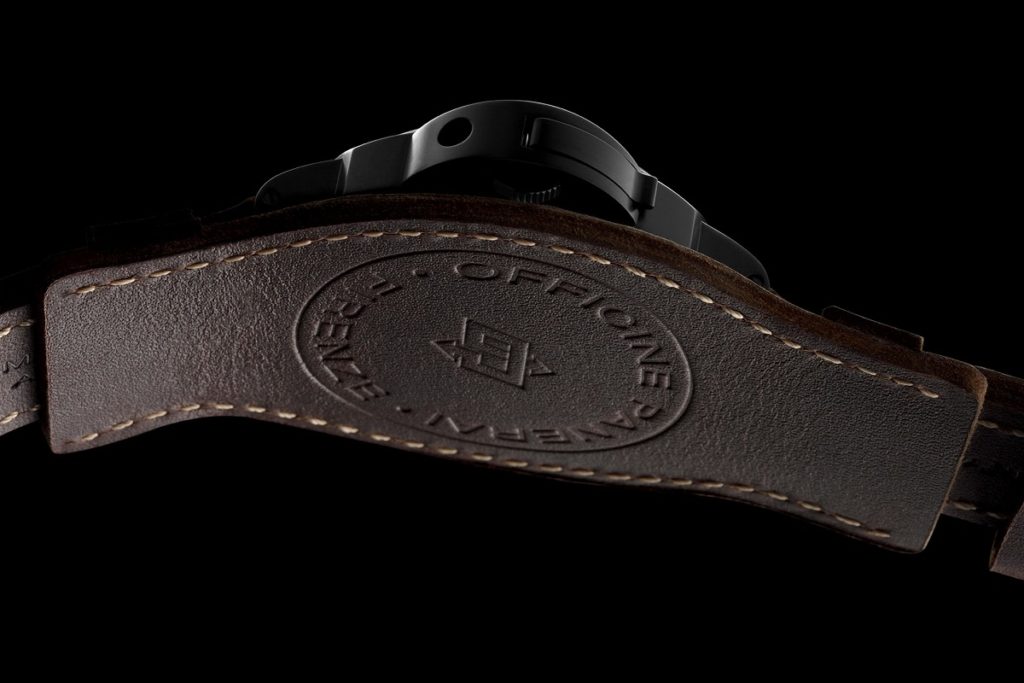 The “California” dial has long been a polarizing topic, but something that’s been a traditional part of Panerai’s DNA. The split style indices utilize Roman numerals at the top of the dial, and standard Arabic numerals on the bottom. This was originally a feature found on many old-school Panerai military pieces (I believe specifically divers), and it provides a nice vintage influence. Those indices are Super-LumiNova-filled with a yellowed, almost faux patina effect – but one I can actually get behind. The lume-filled, thermally blued hands contrast well against the dial, and keep that strong Panerai aesthetic. One of the things I need to commend Panerai for on this model is the total lack of branding on the front of the dial. Opting out of pasting the logo and/or the model against the dial would detract from the militaristic and clean look that makes the watch so attractive.

Inside the PAM00779 beats the 3Hz P.5000 in-house calibre. The double mainspring movement also provides a whopping 8 days of power reserve. The relatively new movement was a step into a new landscape, with roots dating back to the ’40s. With technology advancing, the movement was upgraded and released in 2013 and paid homage to the Italian militants that Panerai equipped with 8 days of uninterrupted power. The two hand movement, especially here, provides a cleanliness to the dial that doesn’t feel like a watch from 2018 – and that’s going to attract a lot of Panerai fans. 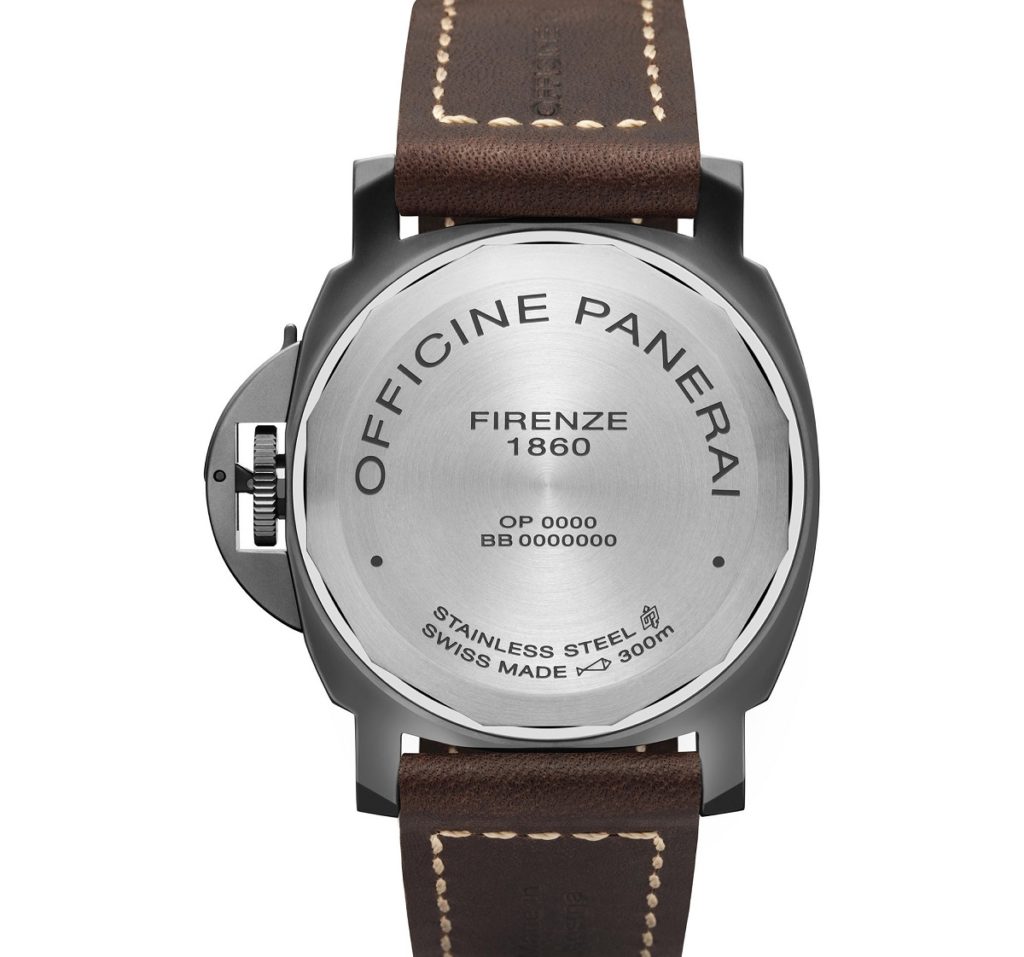 In totality, I find this watch to be one of the most attractive offerings from Panerai in the last five years. Honestly, it has so many features that shouldn’t appeal to me, but somehow the culmination of each one ties together in a way that makes the overall aesthetic simply work. It has just enough vintage charm to appeal to new and old collectors alike, and the many nods to Panerai’s history allow this watch to retain a badass charm that is oft overdone or overlooked. So hats off to Panerai for creating a solid addition that manages to take many of the best features of the Luminor line to create a solid timepiece that’s equal parts modern and old-school.

The Panerai Luminor California 8 Days DLC PAM00779 isn’t quite yet available, but when it is, it will retail for €7,900. panerai.com