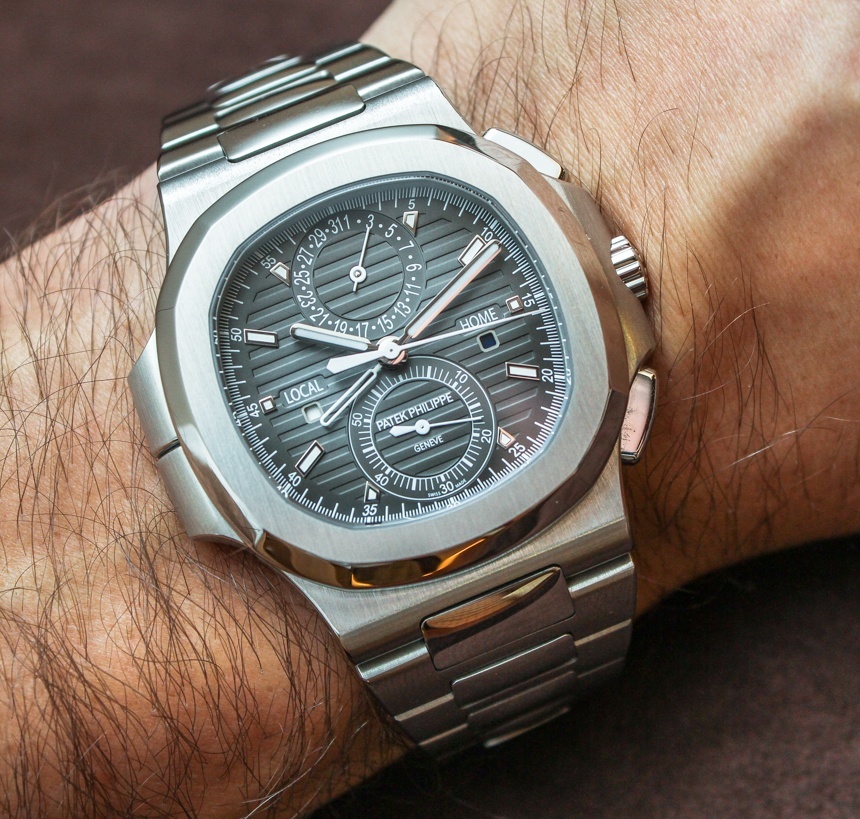 I scream, you scream, we all scream for steel Pateks! Even a casual watch enthusiast will likely recognize the importance of a Baselworld where Patek Philippe launched two new complicated steel watches. We showed you the new 5960 annual calendar chronograph here, but now it’s time to check out my favorite of this new duo from Patek, the 5990 Nautilus. Combining the chronograph capability of the 5980 with the dual time zone complication of the 5164A Aquanaut, the 5990 offers two sporting complications in an attractive and versatile package from one of the biggest names in watchmaking.

Still based around the 40.5 mm iconic case design that the Nautilus is known for, the 5990 uses every bit of its distinctive shape to enhance the user interface of the complications. Sure, the chronograph relies on the standard pushers that flank the screw down crown, but the buttons to advance or retreat the dual time zone feature are integrated into the left side of the case.

That familiar Nautilus bump is actually two buttons. The travel hand jumps with each press of the button and can easily be set to the local time in your destination, or simply hidden beneath the main hour hand when you don’t need to track a second time zone. 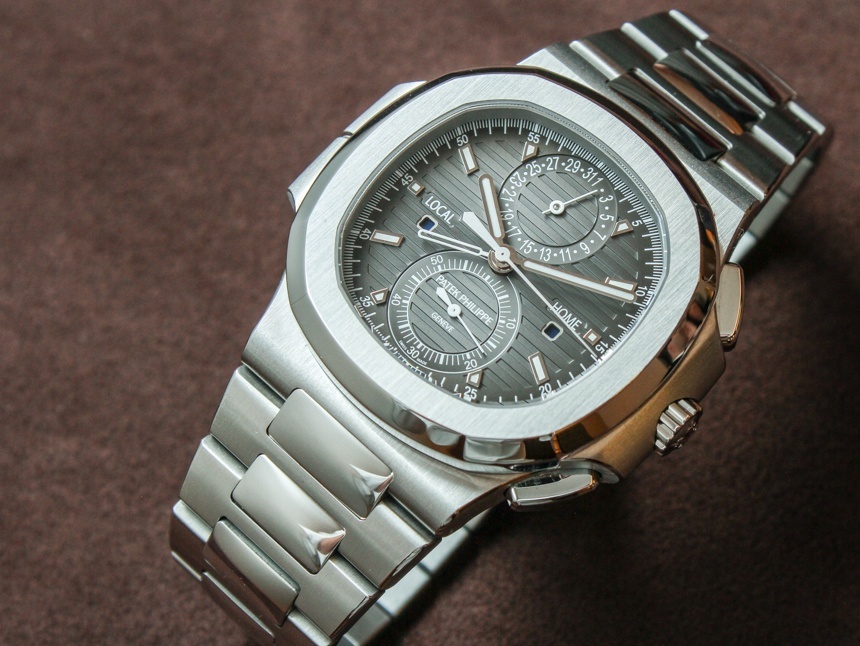 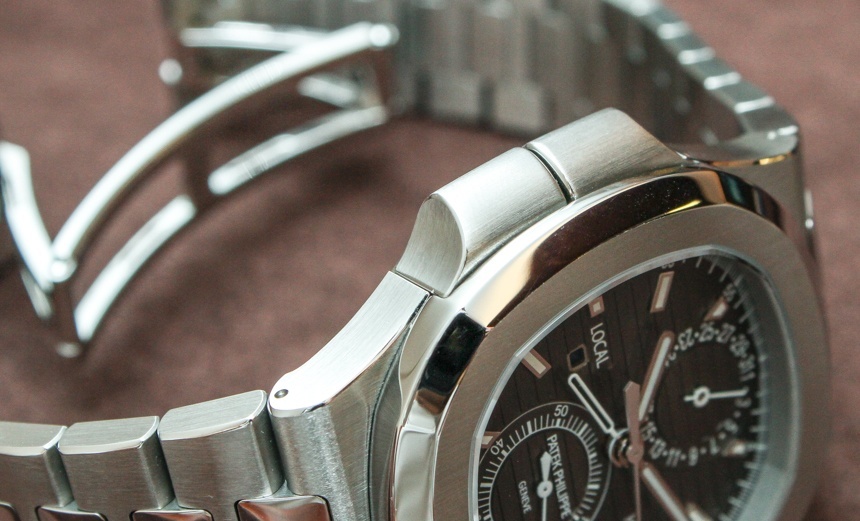 In addition to the easy-to-use controls and distinctive hand design, you also get separate day/night indications for both timezones and a date display at twelve o’clock. The chronograph’s 60 minute totalizer is placed at six and the dial promotes excellent legibility for all of the displays, and a greater balance than you might expect for such a complicated watch. The dial itself is black at the edges but fades to a warmer grey tone in the center. With white gold applied markers and a horizontal striping design, the dial blends nicely with the multifaceted case design of the Nautilus.

The steel Nautilus bracelet is easily one of the most impressive bracelets I’ve ever seen in person. Beautifully finished with polished edges, brushed sides and polished mirror-like center links, the bracelet works perfectly with the mixed finishing of the case and it really completes the steel aesthetic of the 5990. Beautifully tapered down to its fold over clasp, as much as I like the look of an Aquanaut on Patek’s composite strap, the 5990 just looks amazing on its bracelet. 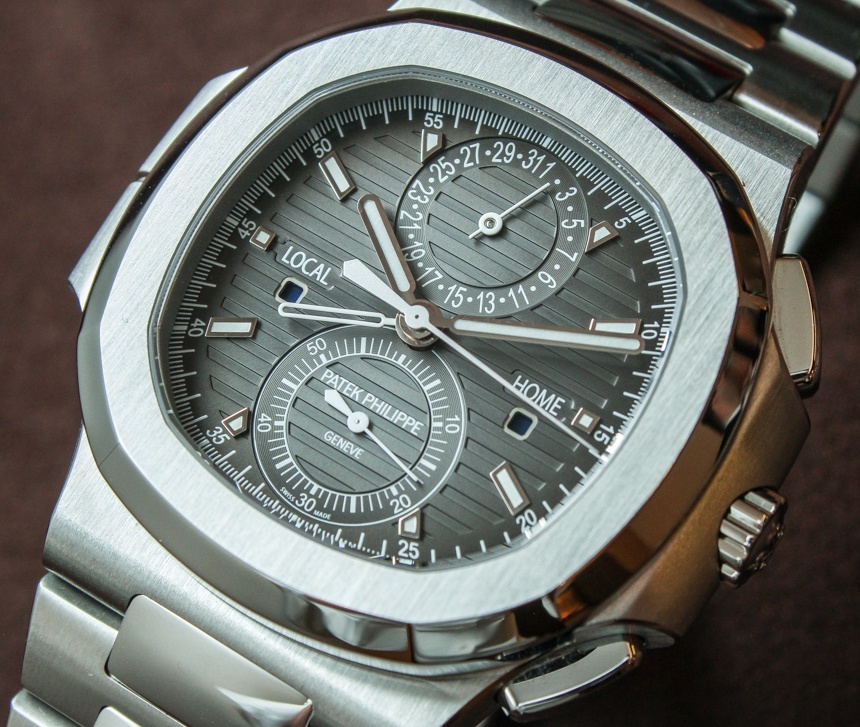 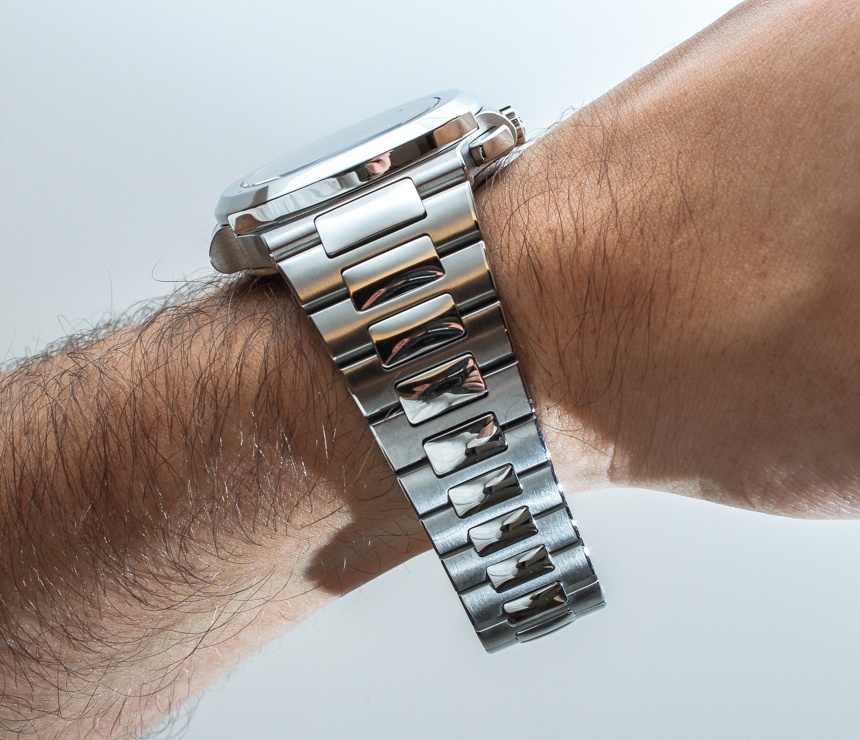 Combining two complications calls for a new calibre, and the 5990 runs on Patek Philippe’s new CH 28-520 C FUS automatic movement. With 34 jewels, 370 components and a power reserve of 55 hours, this new calibre boasts a column wheel and specialized disk clutch for the chronograph as well as a Gyromax balance. Running at 4Hz, the CH 28-520 C FUS can be seen via the 5990’s sapphire display caseback. 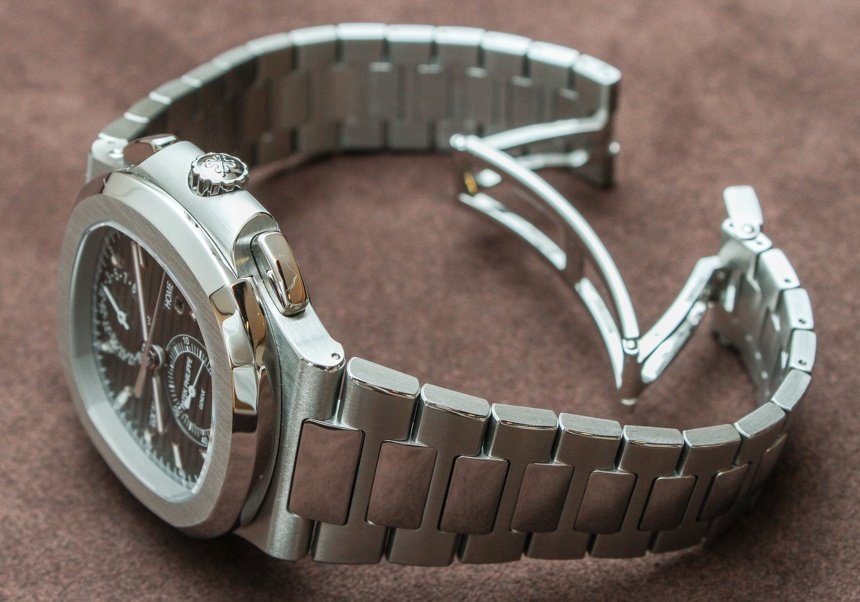 All of the above elements come together in a very appealing package with a distinctly special wrist presence (perhaps unsurprisingly, given it’s a Patek). Thanks to the accessible size of the case and the design of the bracelet, comfort is excellent and you certainly won’t forget that you’re wearing a Patek, much less a steel Nautilus. For those of you reading this and feeling as though you prefer the 5980 chronograph, it’s time to call your dealer because the 5990 is going to replace the 5980, ending its eight year production run. 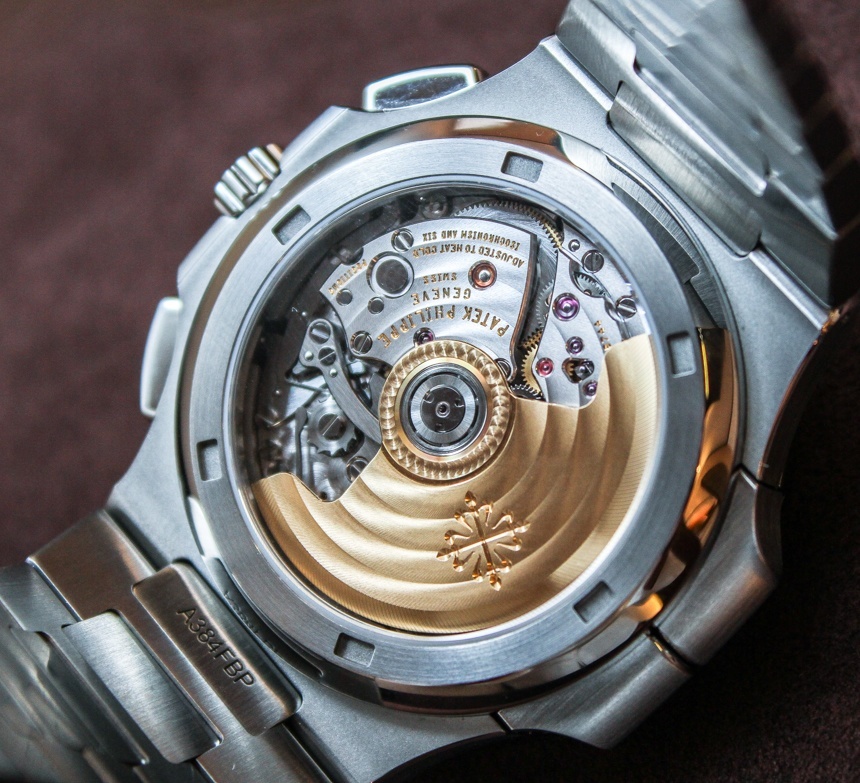 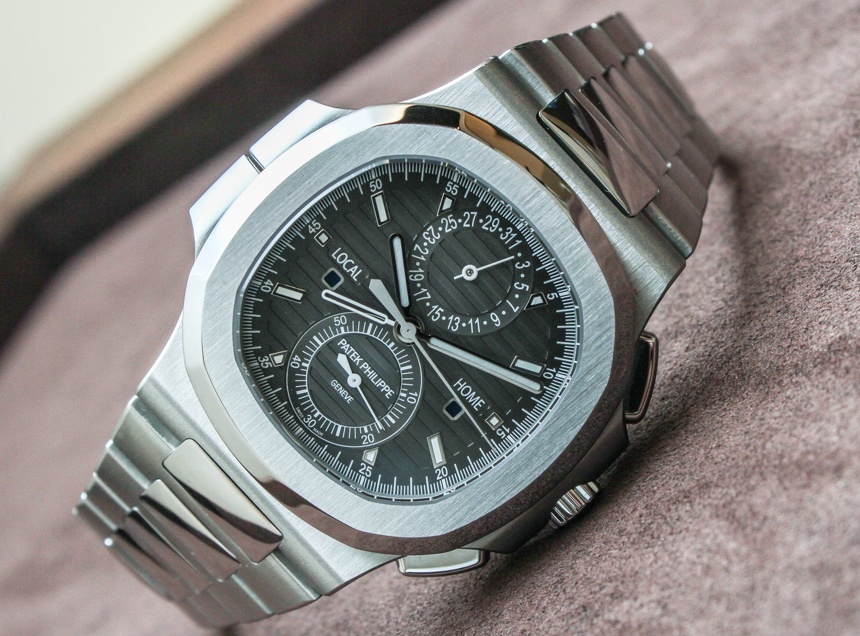 With both a chronograph and a dual time feature, the 5990 makes about as strong a case for practical versatility as is possible from a $57,300 USD watch. Really though, the price shouldn’t be surprising and the 5990 will almost certainly be a very popular watch for Patek in the coming years and will likely make it’s way onto many a watchnerd’s grail list. The 5990, along with it’s other new steel sibling the 5960, show that Patek Philippe is serious about their steel-watch offerings and, despite what we predict will be a very limited supply of both of these new models, is willing to produce watches with true mass-market and enthusiast appeal. patek.com