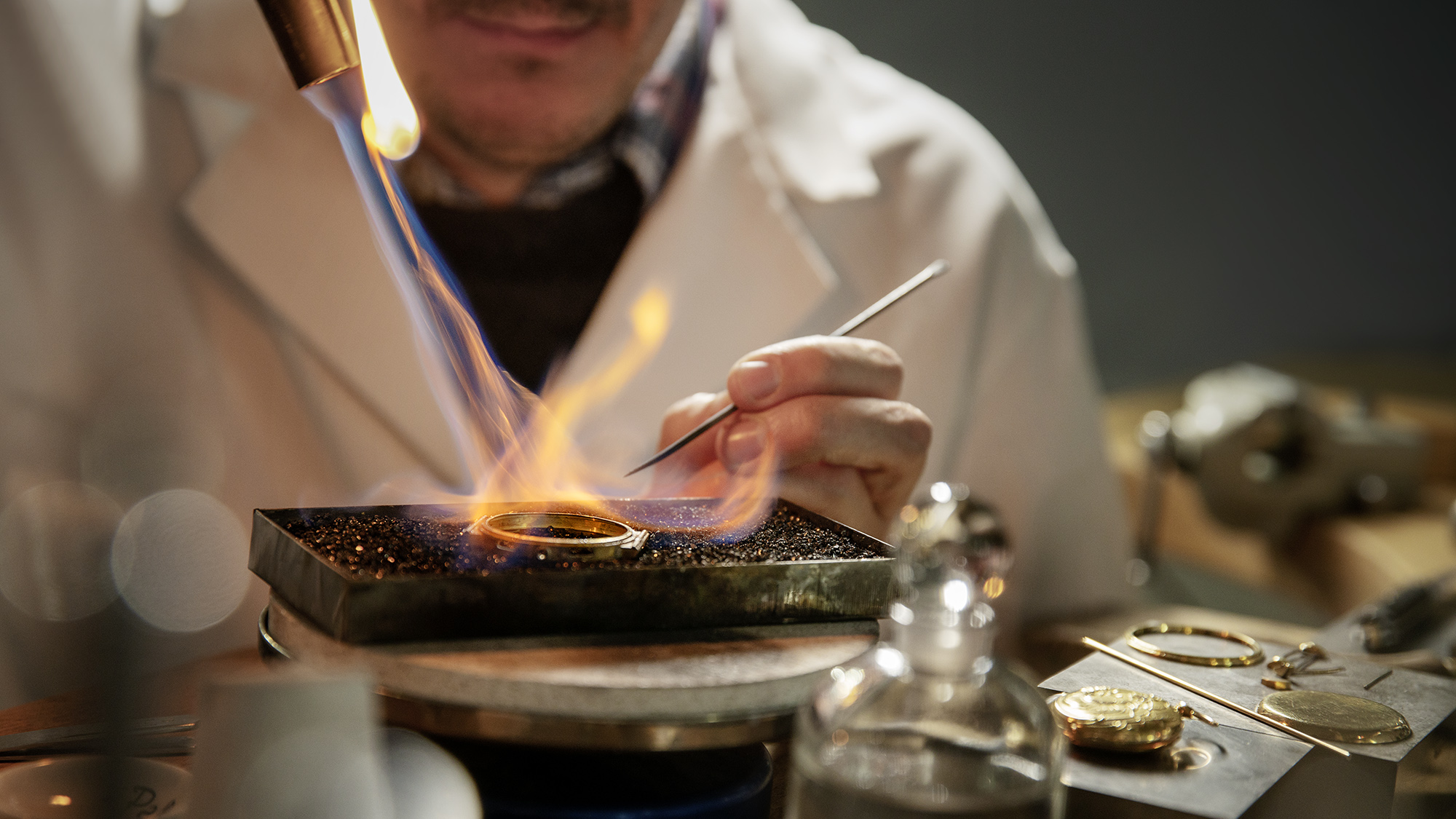 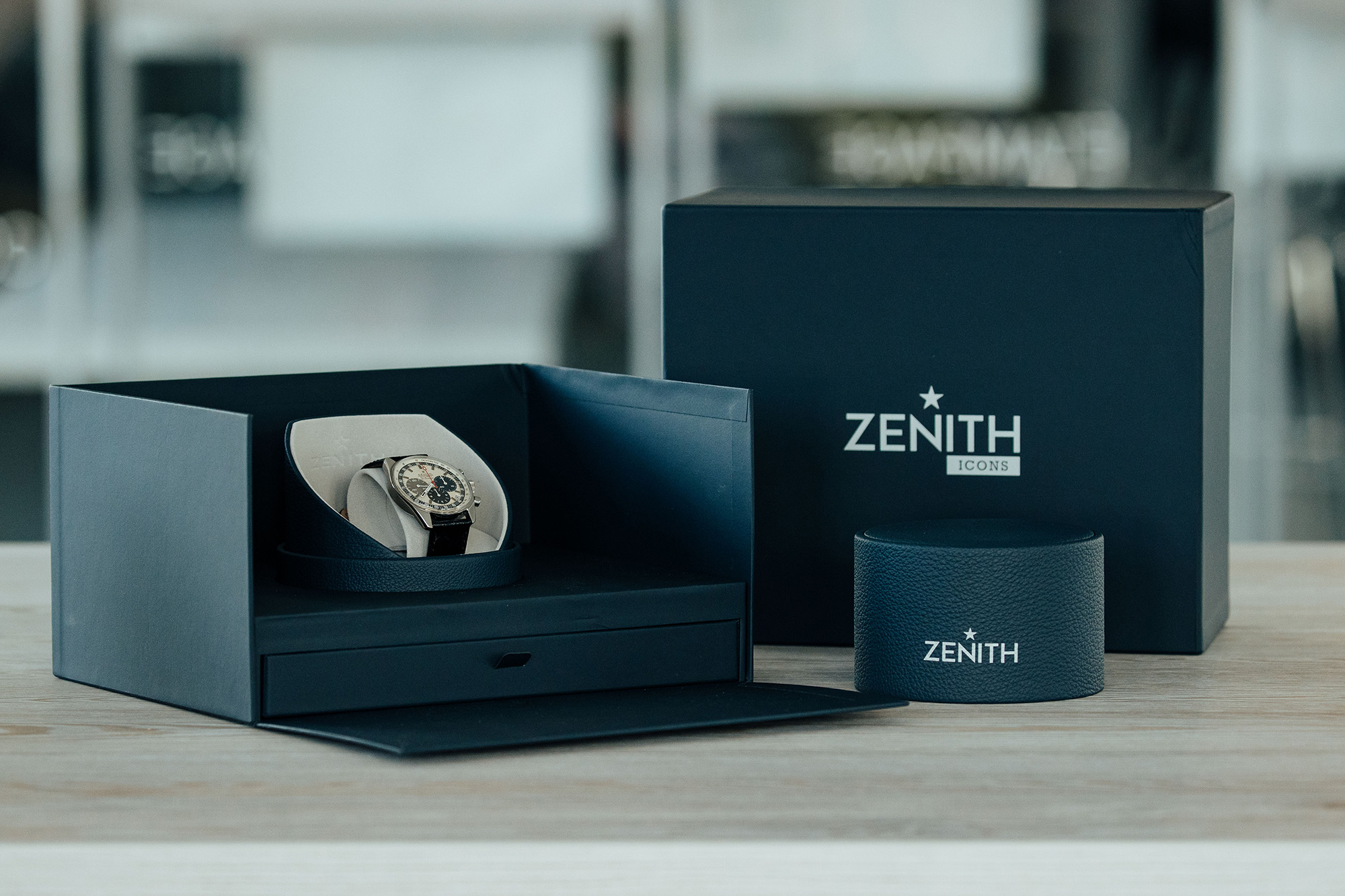 The last few years have seen a huge groundswell of interest in watches from both newcomers to the industry and long-time enthusiasts, especially in the form of splashy modern watches made famous by tidal waves of social media content. One byproduct of this increased attention has seen those interested consumers eventually embark upon a deep dive into the heritage of the brands they’ve discovered, or rediscovered. Though perhaps cloaked in the background, wonderful vintage watches have remained consistently present, a steady contrast to the ups and downs of pandemic-era hyped pieces and brands. While those over-discussed modern watches have recently begun losing some favor with the general public, the vintage side of things has continued to reveal its strength, even gaining steam as more lights have been shined on marvels from the past that will never be manufactured again. What has surprised some of the new explorers is that not all brands are happy to be celebrating their patrimony. While historically important manufacturers such as Zenith, Longines, Omega, and Audemars Piguet are embracing their past in their willingness to service, and, in some cases, restore their vintage pieces, the biggest brand by volume is trending in the opposite direction. 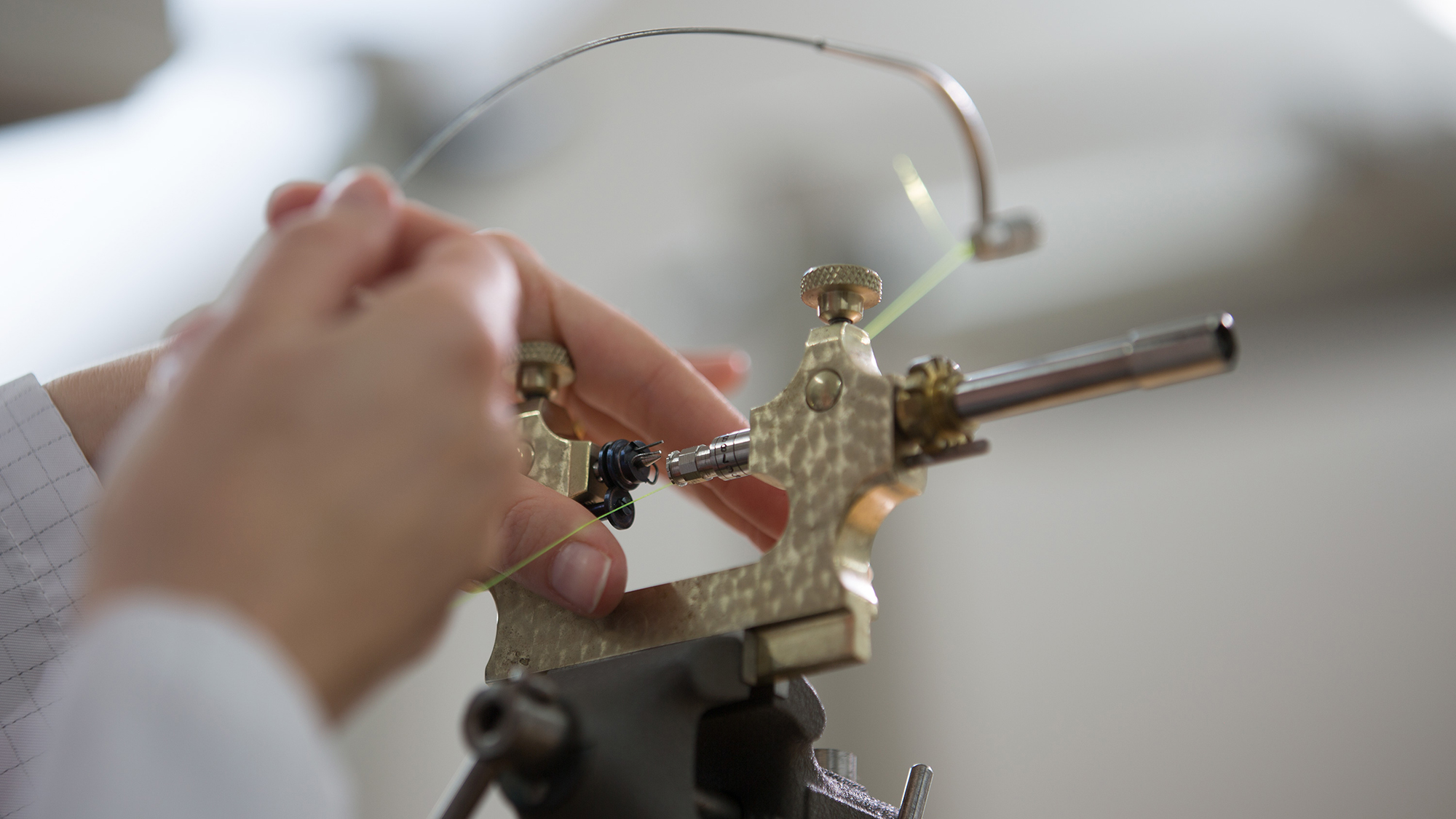 Watch industry titan Rolex, through direct communication to its authorized dealers and as demonstrated by its own service centers, has increasingly declared it is no longer interested in attempting to service its vintage watches. Multiple authorized dealer sources have confirmed that many standard models over 30 years old will no longer be serviced by the brand itself, largely due to a lack of parts inventory. When the biggest and most influential player in an industry sets a course, others usually follow. Refreshingly, many watch manufacturers are heading down a different path, much to the delight of enthusiasts and collectors alike. 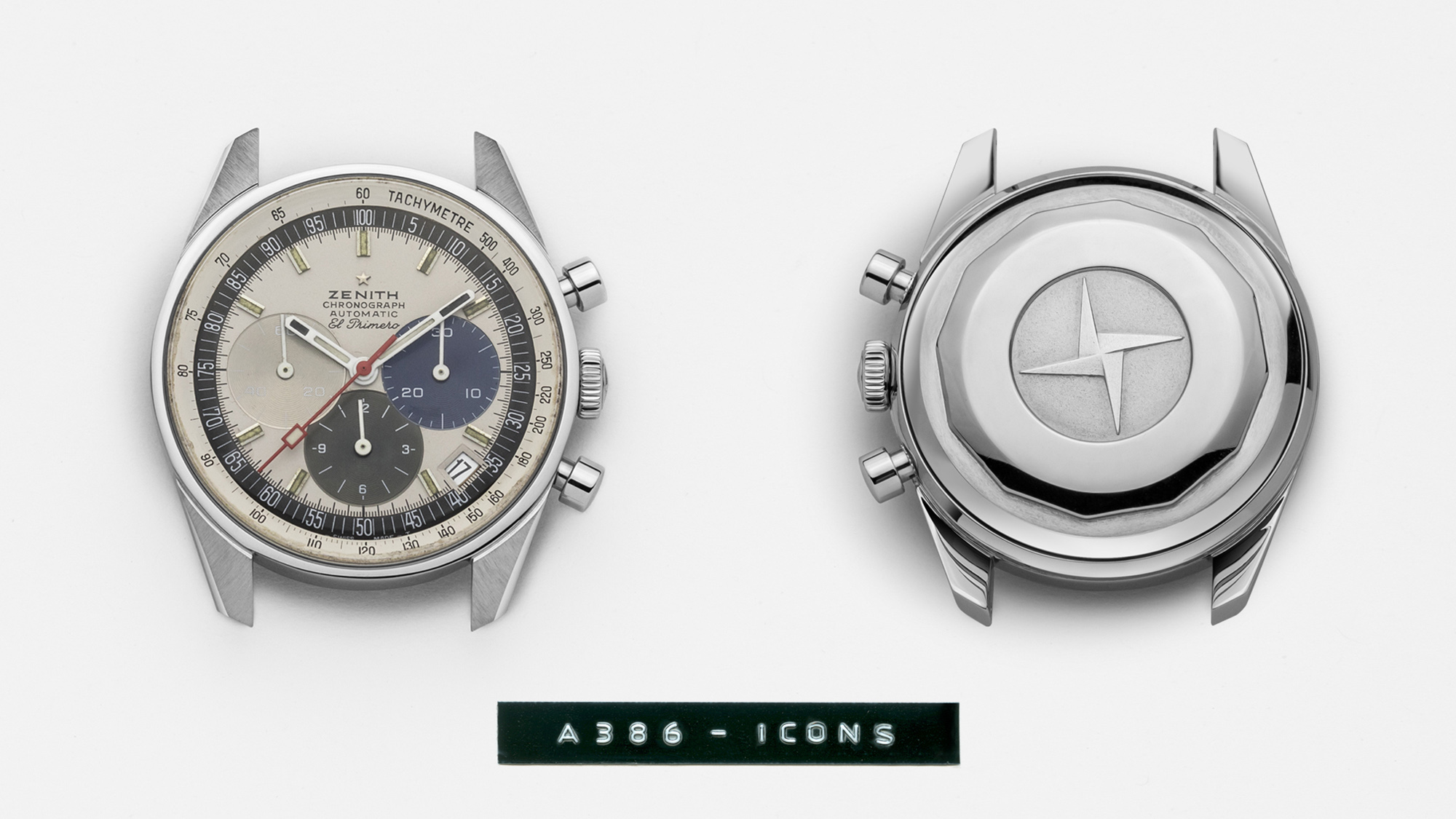 Romain Marietta is Zenith’s Heritage and Product Development Director, and his enthusiasm for the vintage side of things is contagious. While he’s been with the company for 16 years, it was only two years ago that current Zenith CEO Julien Tornare tapped Marietta to help link the company’s past with its future. Both men were instrumental in debuting the ICONS program in 2021, in which the brand sourced, restored, and certified vintage watches, starting with El Primero pieces manufactured between 1969 and 1972. Combining the ICONS program with servicing and/or restoring vintage watches being sent to the company by current owners is a source of pride for Zenith, and it’s also helping drive those same consumers toward purchasing a modern model. “We’re only at the beginning of this,” Marietta said recently from Zenith’s Swiss headquarters in Le Locle. “I’ve been dealing with vintage collectors, who, for a while, were only talking about vintage Zenith, and they bought some new models. It’s hard to measure but we have seen examples, and now you can enter (the brand) from the vintage side and you can enter from the modern side and you can cross over.” 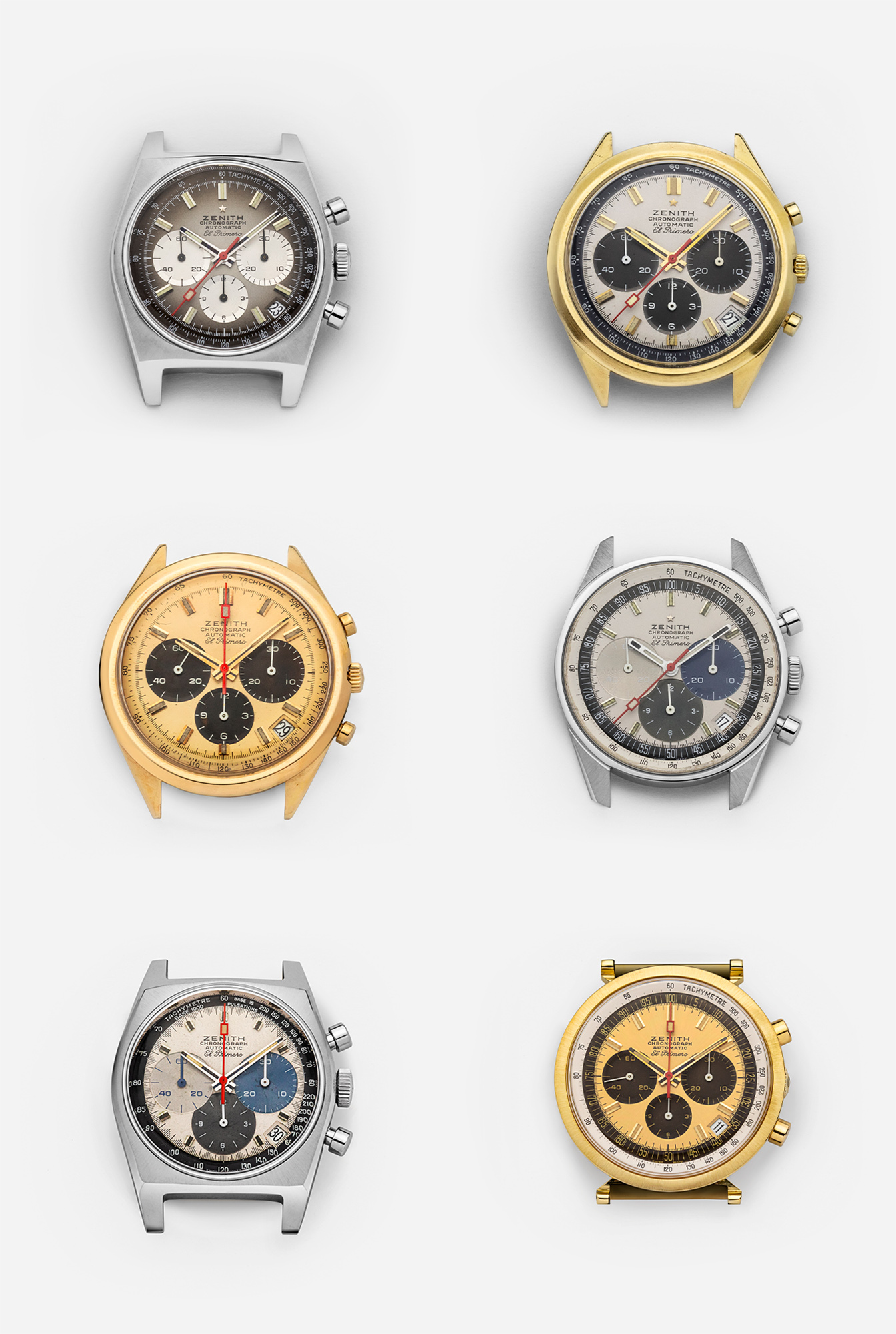 Zenith’s 157-year continuous history of watchmaking is an accomplishment the brand enjoys promoting, and the brand’s management has seized on the recent momentum it’s enjoying by trumpeting its historical roots to a new generation of watch fans. This loving look back at the past is also a strategic effort to shore up the value of Zenith’s watches on the second-hand market. Collectors have taken more notice, which in turn is leading the brand to aspire to the kind of Next Big Thing factor other, less historically significant manufacturers have enjoyed in the past few years of the industry’s boom. It was Zenith, after all, that came out in 1969 with one of the first automatic chronograph movements in the A386. Marietta regretfully recalls being offered vintage A386 El Primeros for around $2,000 and declining the purchase. Those same pieces now fetch 10 times that much on the open market. “We know for a matter of fact if you’re highlighting your past, your older stories, the history and legacy, of course it’s going to gain some attraction from clients because they want storytelling,” he said. “We have a strong and rich legacy of 157 years uninterrupted as a manufacturer in the same location, so for us it was a strategy of explaining and making people discover, or rediscover, the different chapters of our history.” 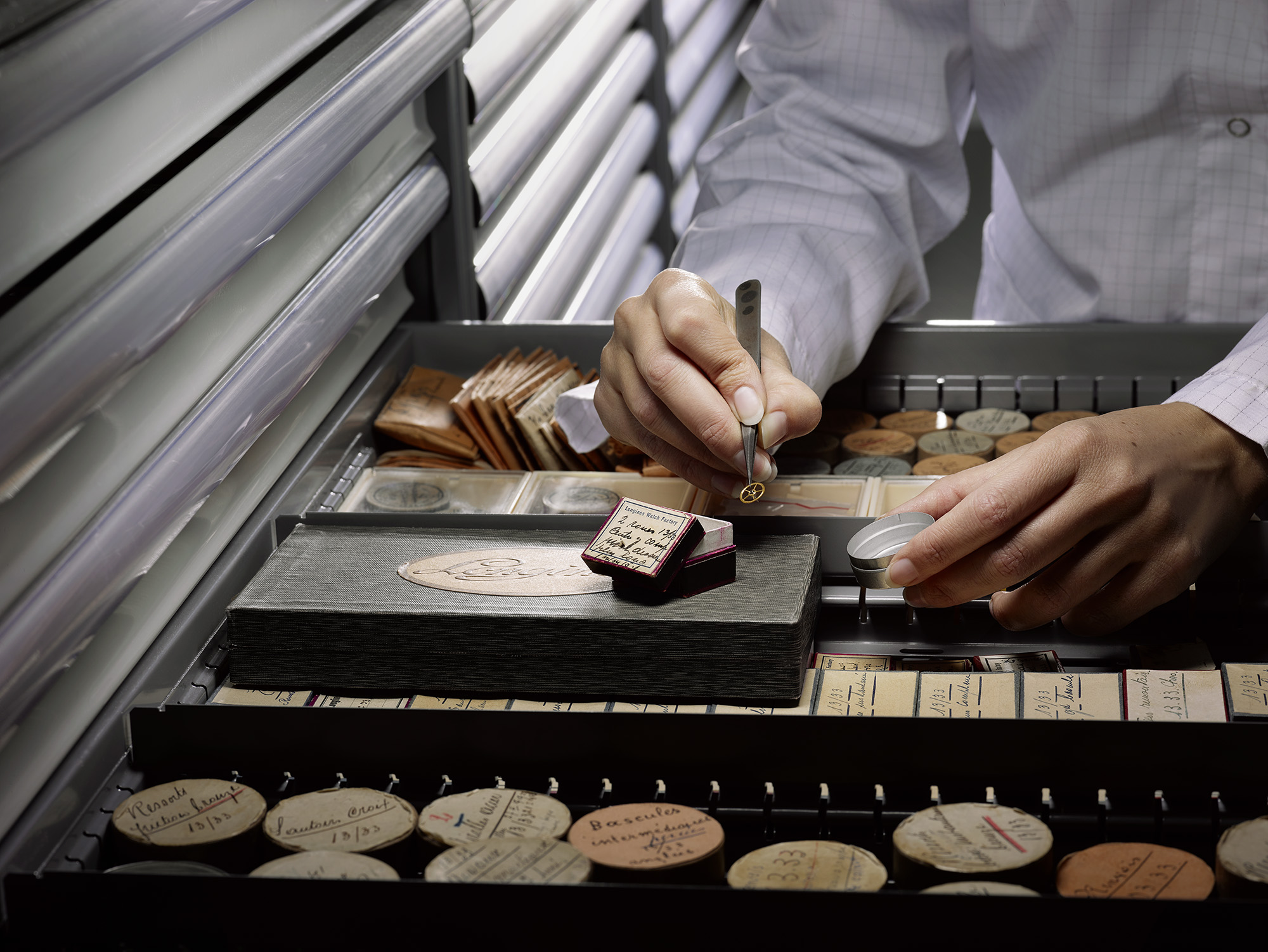 Another legacy Swiss brand that prides itself on supporting its heritage is Longines. Although its vintage watches have long been admired by the collecting community, its abundant 190-year history was boosted by the creation of the Heritage Workshop in 2014. The company’s after-sales service department was repurposed into customer service for current models, notably also including an independent workshop for the restoration of vintage Longines pieces. Longines CEO Matthias Breschan noted the anecdotal story about the Heritage Workshop’s beginnings in a recent email interview. “One of the biggest issues we had to solve was to find a location big enough to set up the restoration workshop, and the very important stock of original Longines spare parts that have been preserved through our history,” Breschan said during the interview. Though the dedication to preserving the brand’s patrimony by servicing older watches is noble, without the proper parts inventory, the effort would be shut down at the starting gate. Fortunately for the brand, the importance of maintaining what had been previously sold was clearly a foundational piece of its DNA. That said, this approach presents its own challenges. What if parts are no longer available for a very old pocket watch, for instance? How does the restoration department solve the issue? “With the serial number, we can trace without any interruption the exact date of production, to whom we sold it and even the exact list of components the original watch must have,” Breschan said. “We have preserved and own a very large stock of original Longines spare parts. Thus, we try to satisfy most customers’ requests, even for watches that are more than 100 years old.” 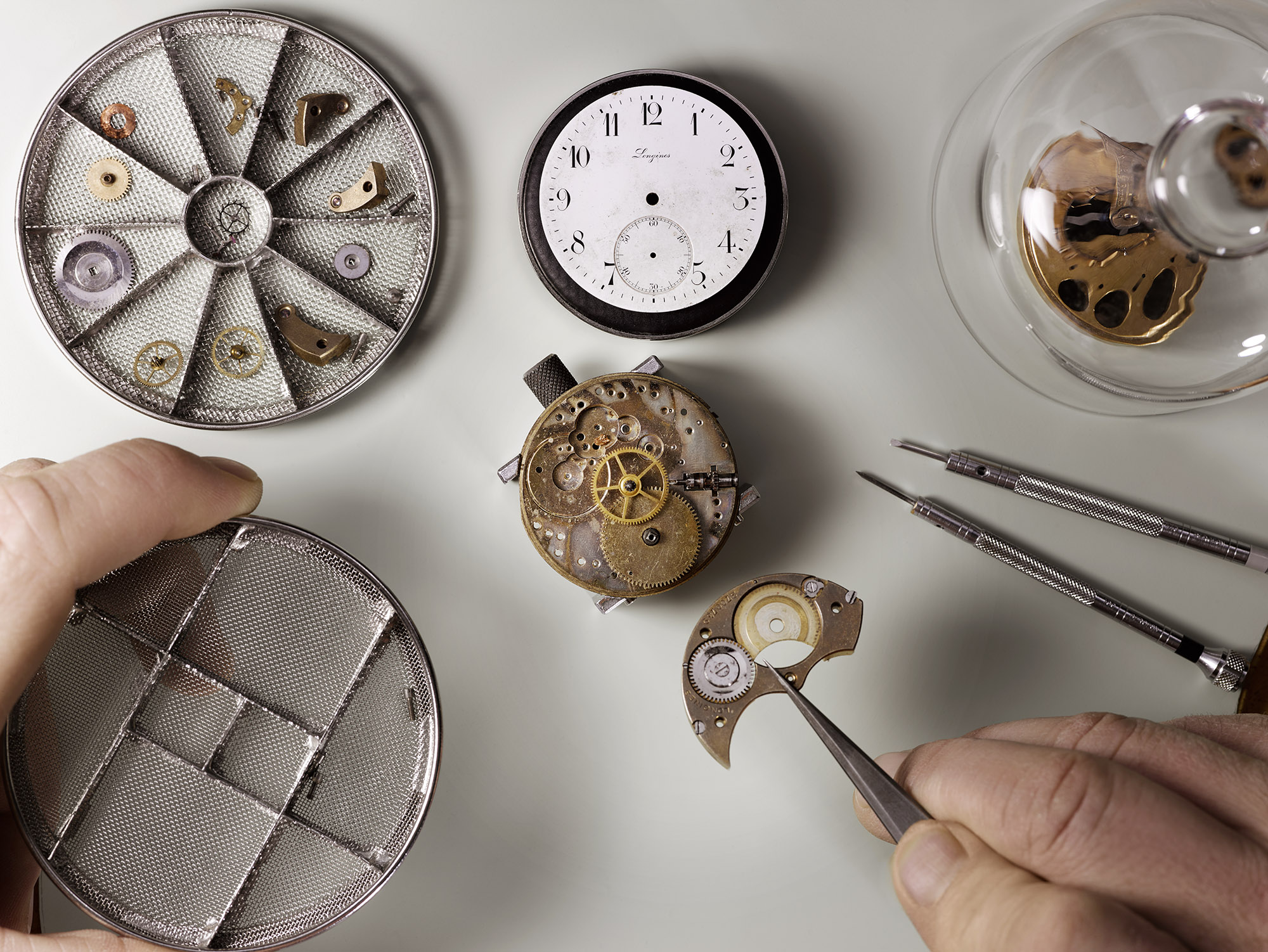 Like Zenith’s ICONS program, Longines features its Collector’s Corner, in which the company sources and restores vintage watches of interest to the collecting community. Each piece is offered for sale with a certificate of authenticity and a two-year warranty. The specific focus on these legacy watches has been a source of growth for Longines. Breschan has stated the department started out with four vintage restoration watchmaking specialists, only to see it morph today into a team of 12 skilled professionals and an artisan jeweler. Each staff member has undergone specific training of at least five to seven years or came to the job with outside experience of over 20 years of watchmaking. “Most importantly,” Breschan said, “they are all incredibly passionate about their jobs.” 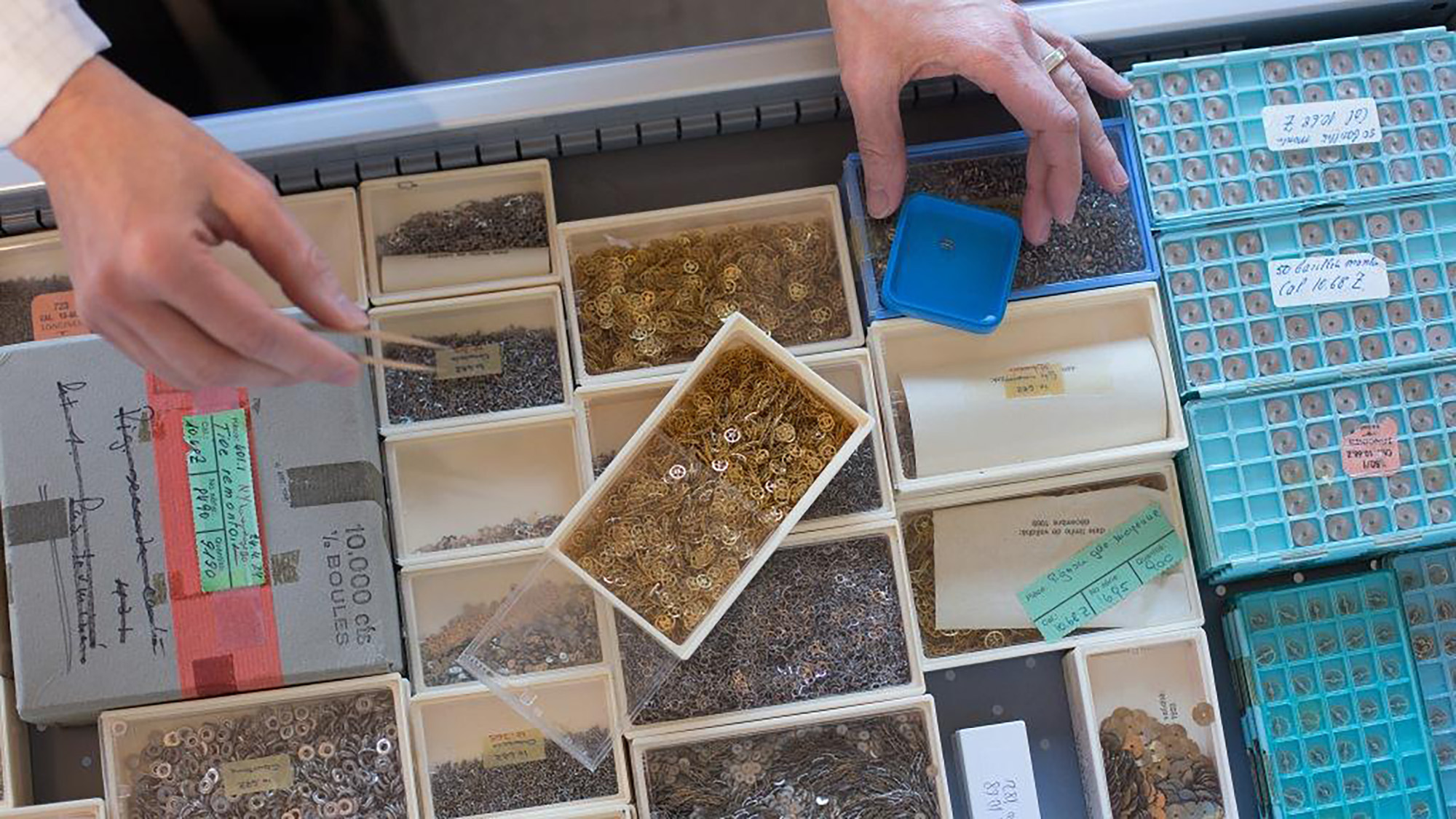 Passion for the industry has never been an issue for Eric Wind. The highly regarded vintage watch specialist spent time as Vice President, Senior Specialist at the renowned auction house Christie’s before starting his own company in 2017. This company, Wind Vintage, sells to and advises collectors worldwide. During a recent interview, it was mentioned to Wind that multiple Rolex authorized dealers are being told by headquarters they were no longer going to service watches over 30 years old. He was not surprised. “It’s a pretty smart company, obviously,” Wind said. “I get the sense that it would rather sell a new watch than service an old one. My guess, strategically, it probably has wanted to shift watchmakers from the service division to making new watches because it can’t make them fast enough. I think it’s basically working 24 hours per day making watches.” Wind believes one of the reasons why some historically famous manufacturers are choosing to play up their vintage sides is because they have little choice if they want to succeed. He paraphrases a historical saying used prior to the Athenian siege of Melos in his observation. “The only rule of international relations is the strong do what they can and the weak do what they must. That is the rule for human interaction, and also for watch companies. So, Rolex doesn’t need its vintage watches. Other brands have less going on, if you will. They are still doing well but they aren’t operating 24/7/365 like Rolex is, so they have more time to dedicate toward preserving their vintage pieces.” 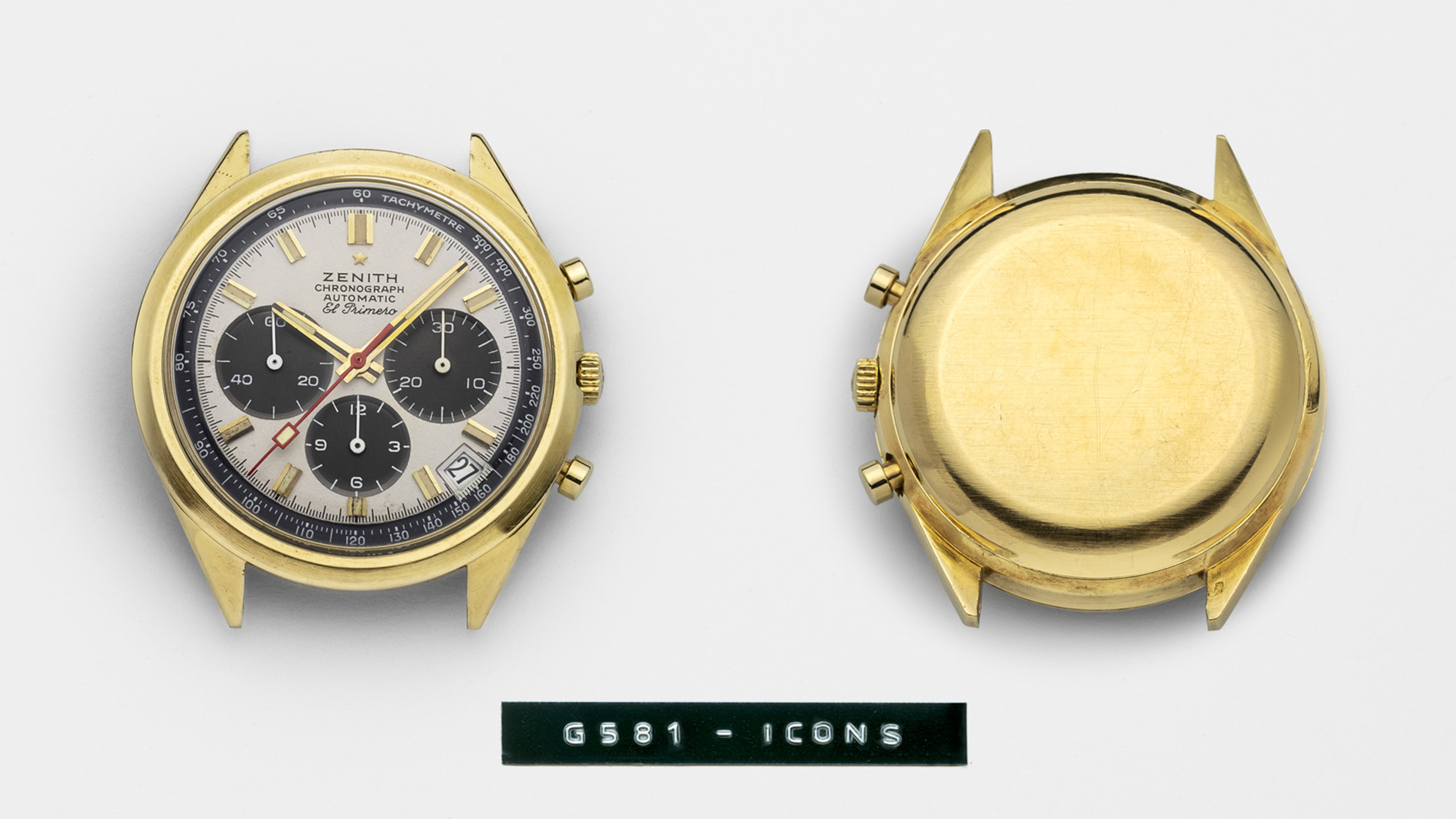 Regardless of why it’s taking place, it’s a blast of refreshing air to see these significant manufacturers embracing their past. By featuring their heritage and declaring its significance, they are opening the eyes of both novice and veteran fans of their brands. In doing so, they can recreate a romantic world of yesterday while still remaining firmly focused on the present.