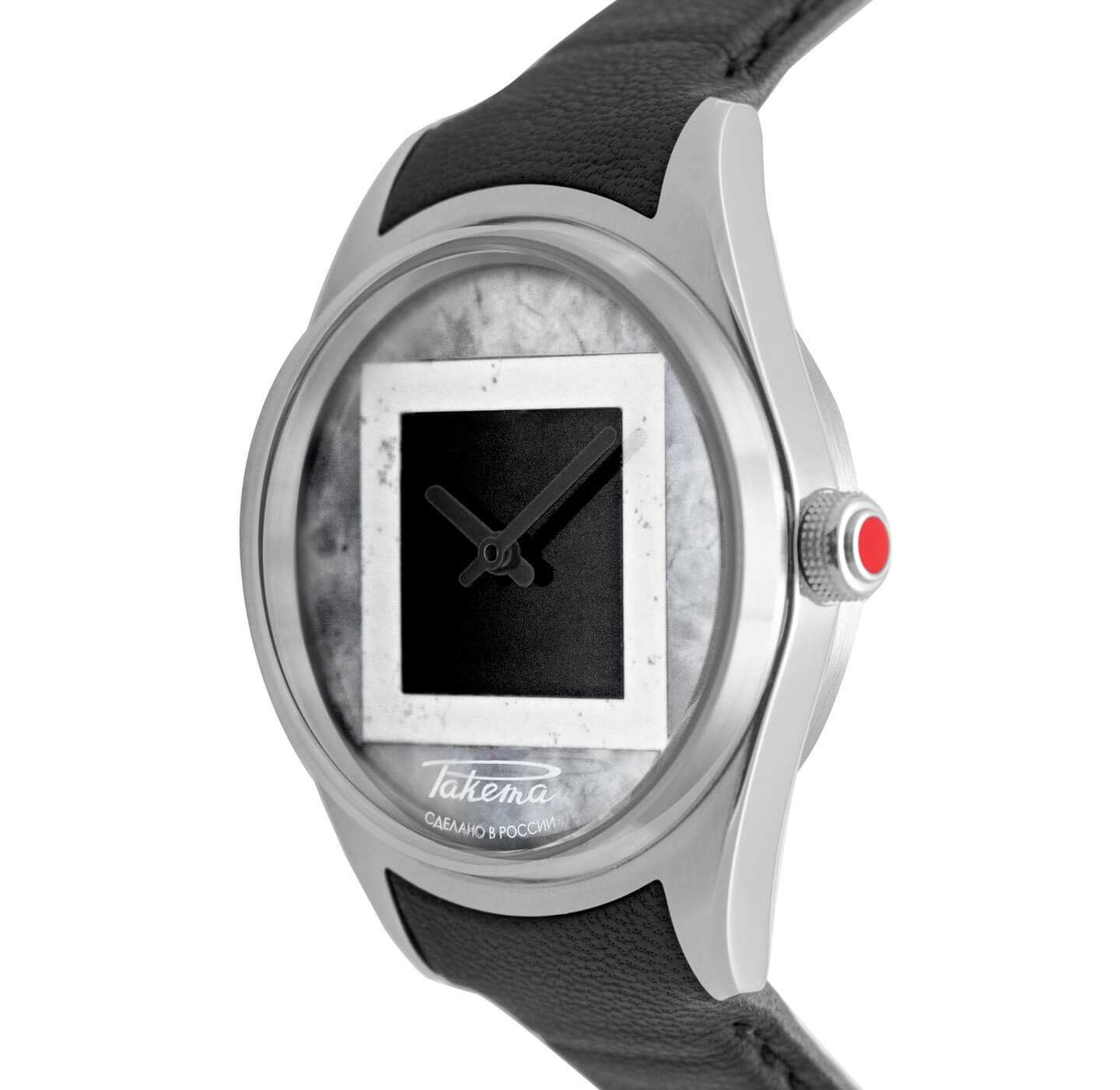 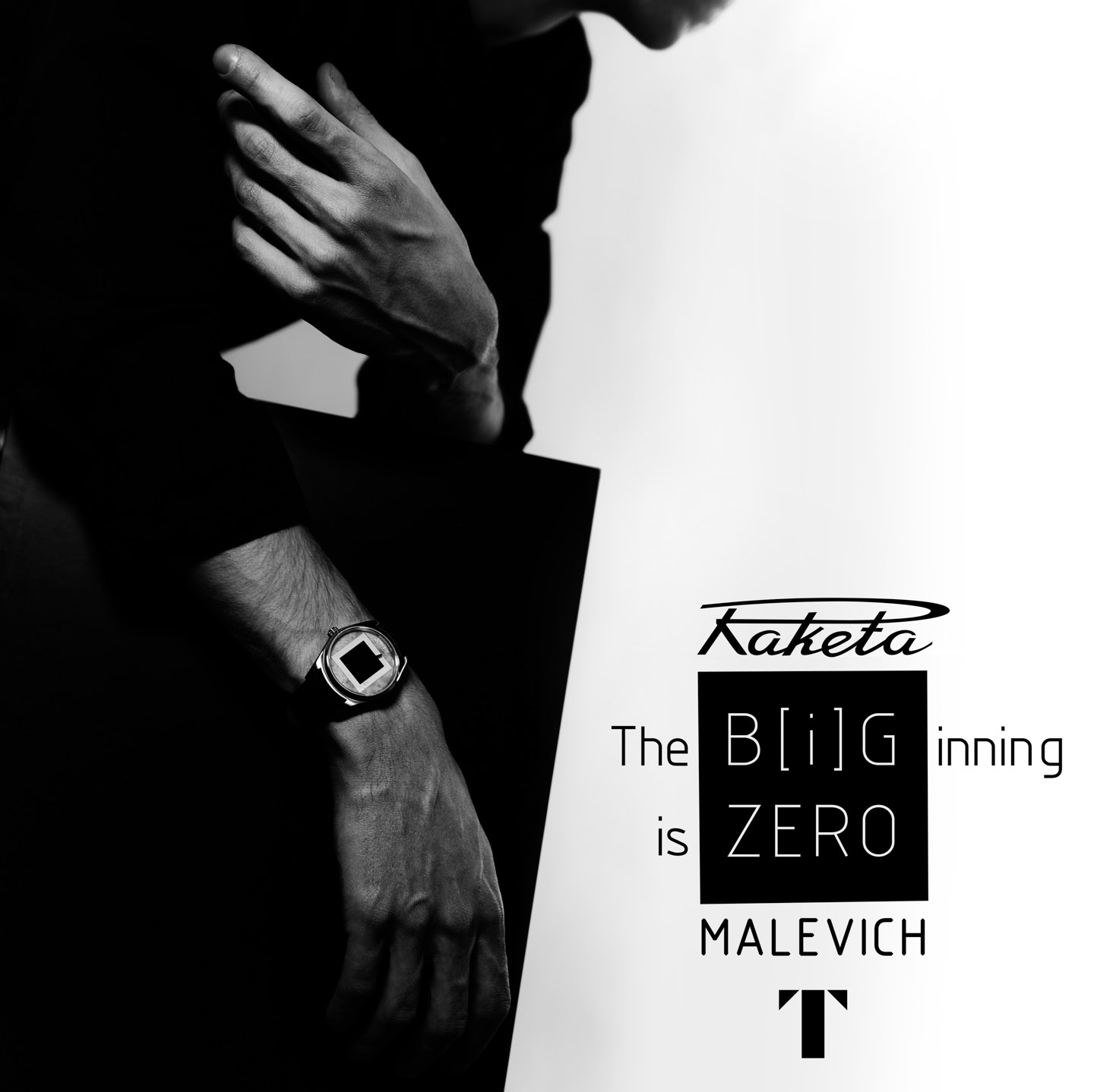 St. Petersburg, Russia is home to the historic watch manufacture Raketa. Today, the watchmaker continues to produce its own movements and creates enthusiast timepieces that have a direct lineage to some of the greatest watches of the Soviet Union and Russian culture. Now toward the end of 2020, Raketa would like to offer a distraction by putting an abstraction from 1915 on a watch dial. The resulting product is a special collaboration between Raketa and the Russian State Tretyakov Gallery (Russian’s main national art museum according to Raketa). On the dial of this particular version of the Raketa BIG ZERO watch is a recreation of a work by avant-garde artist Kazimir Malevich known as “Black Square.”

Born in 1879, Kazimir Malevich is a worthy artist to inspire a watch from a company that already employs the concept of “avant-garde” in some of its watches. Born in Ukraine to a Polish family that later moved to Moscow, Kazimir Malevich was a well-rounded artist who ended up focusing much of his time on surrealism and abstraction. In 1915, he painted the first of a few “Black Square” paintings, which (as the name implies) were large black squares painted on canvas. In retrospect, many art historians credit Malevich as the artist who formally began the era of abstract art as we know it. The black square was specifically designed so that its meaning was not absolute but rather could be (needed to be) interpreted by the viewer. 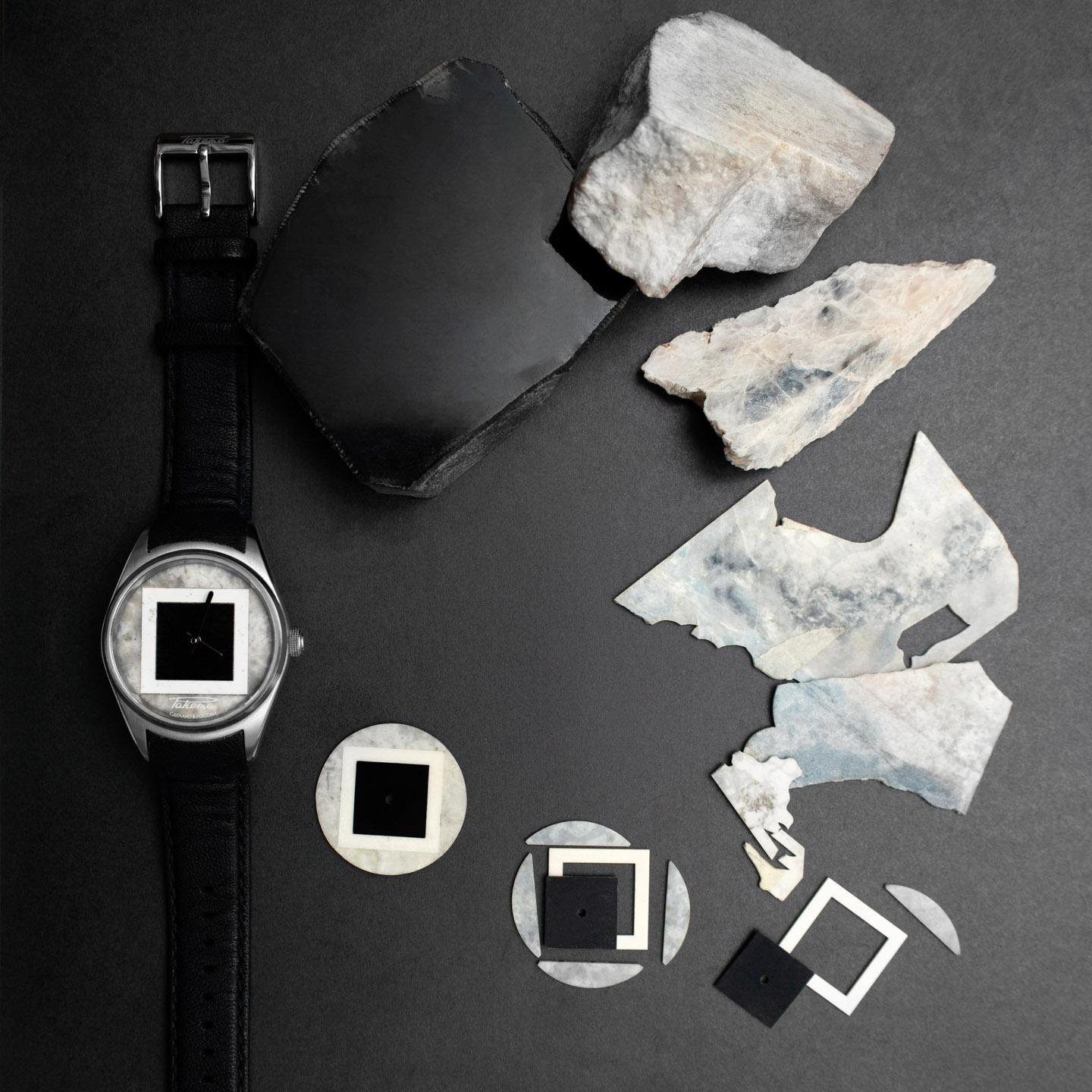 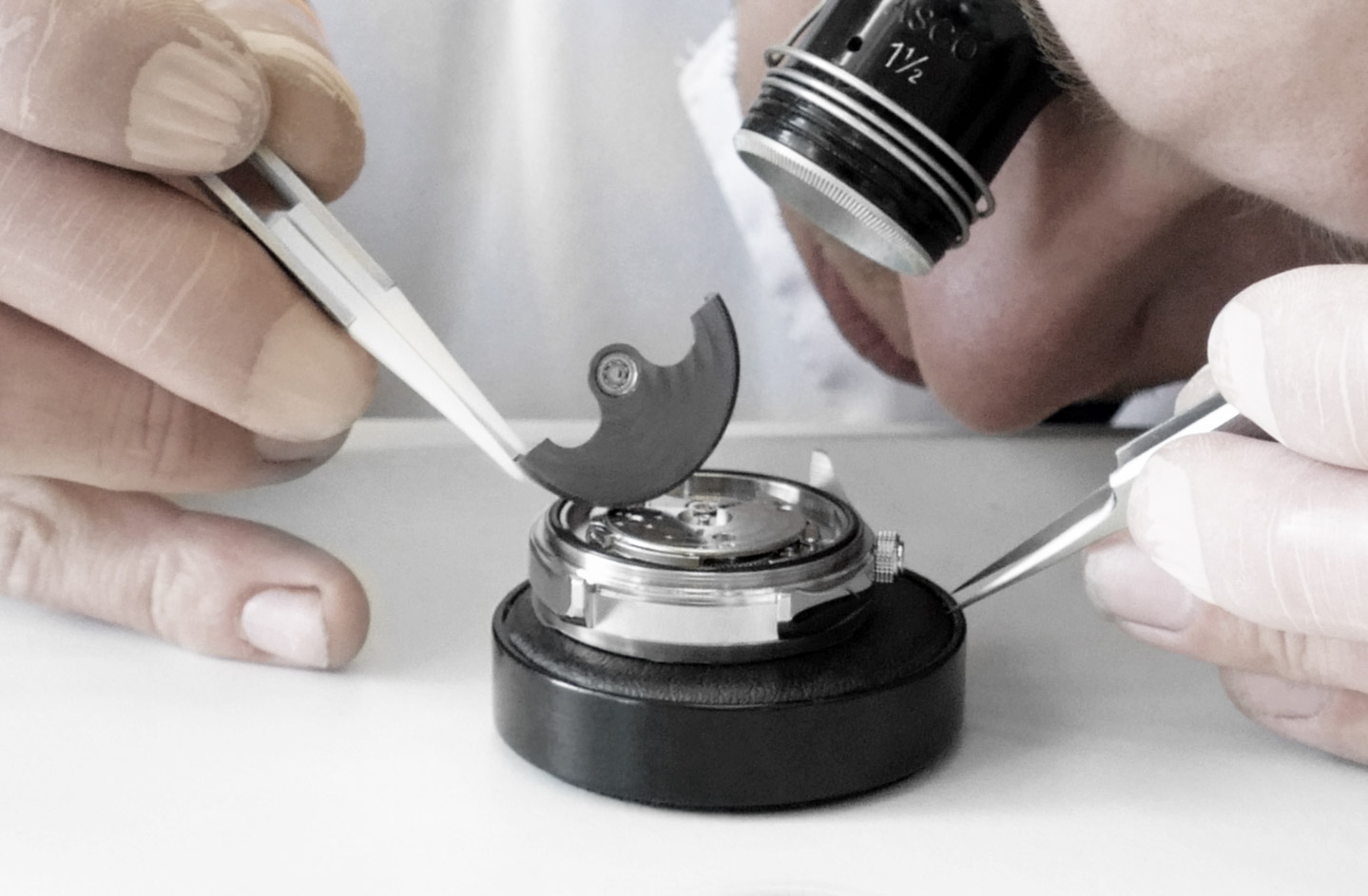 Raketa could have produced a satisfying watch merely by reproducing Malevich’s Black Square in print form on a watch dial. It did not do this. Instead, the BIG ZERO Malevich limited-edition watches have special marquetry dials that use hand-selected and assembled pieces of cut stone to beautifully recreate the seminal work of artistic abstract expression. Viewed from another angle, the BIG ZERO Malevich is Raketa’s answer to the famed Movado Museum Dial watch — made with a design by the 20th-century designer and artist Nathan George Horwitt (who himself was a Russian immigrant to America).

To create each of the unique-looking (due to the natural materials used) BIG ZERO Malevich watches, Raketa’s craftspeople use thin, carefully cut pieces of black jade, jade, and violan. The result is a composition eerily similar in presentation (only sized for one’s wrist) to the original Black Square work by Kazimir Malevich. What completes the story circle for this Raketa timepiece is that the “BIG ZERO” name (a greater family of products by Raketa) also supports a reference to a nickname given to the Black Square painting by art critics, who refer to it as the “zero point of the abstract art movement.” 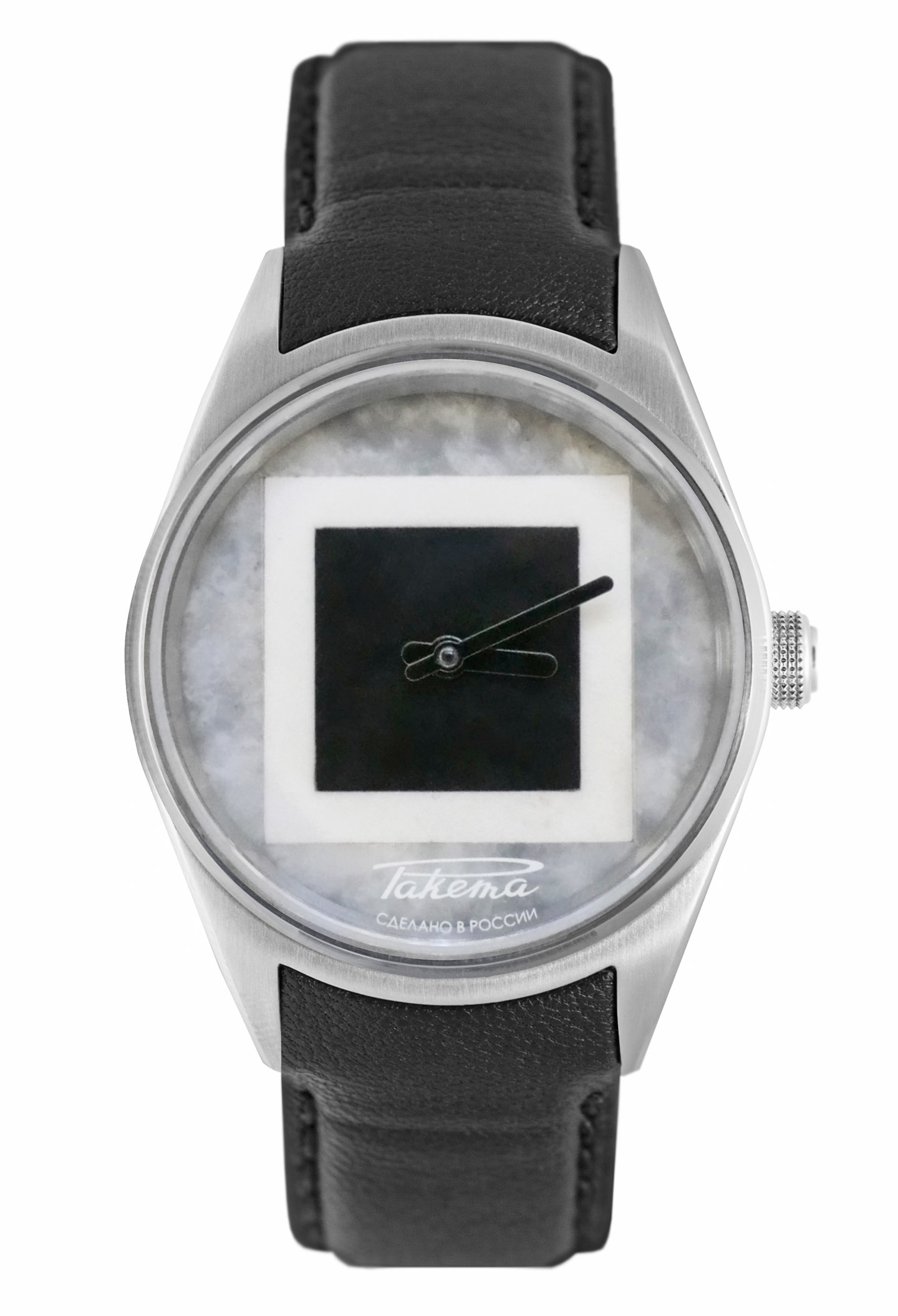 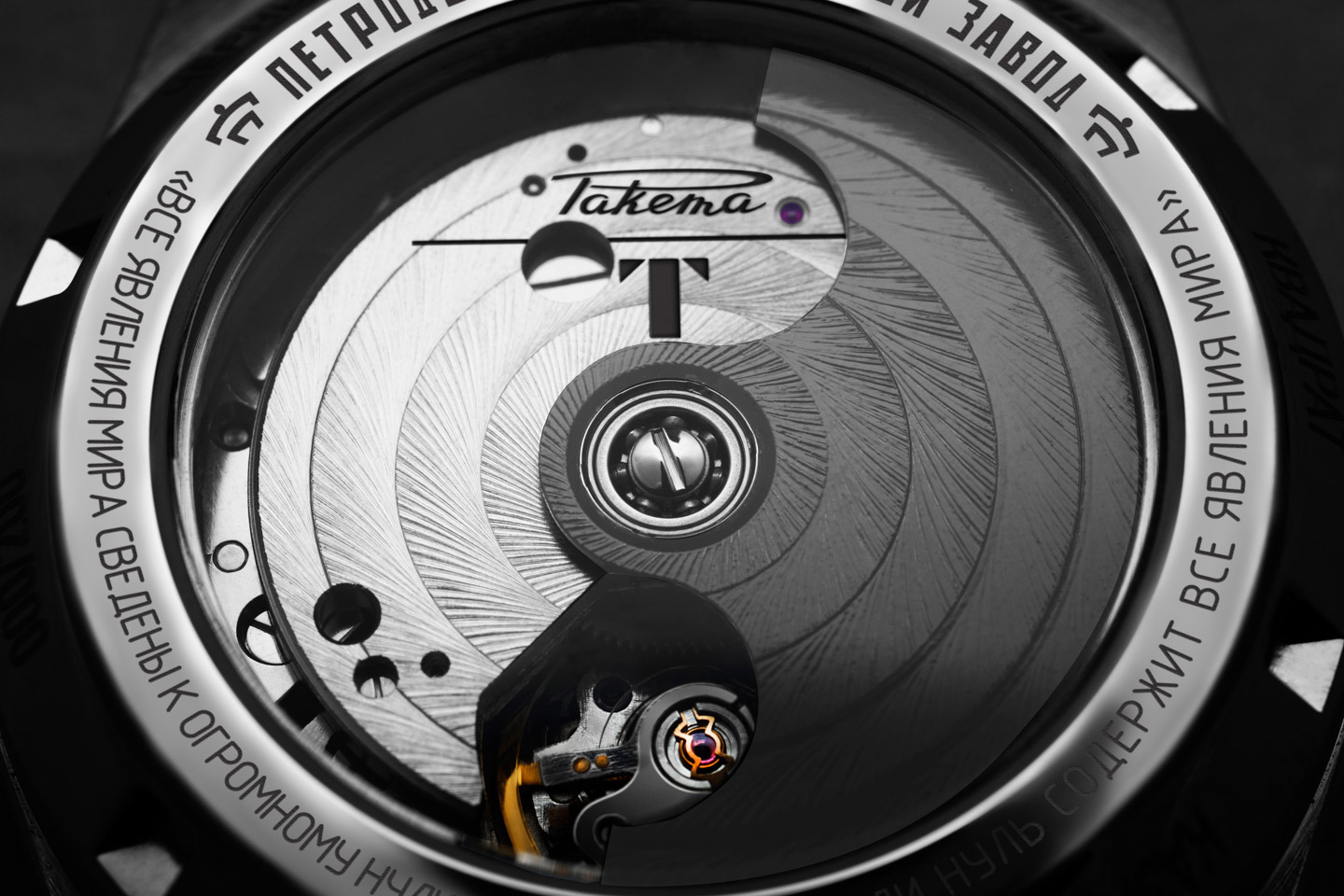 The Raketa BIG ZERO Malevich watch itself is produced from stainless steel and is water resistant to 100 meters. Over the dial is an anti-reflective-coated sapphire crystal, with another crystal over the rear of the case offering a view of the movement. On the wrist the Raketa BIG ZERO Malevich watch is 38.8mm wide and comes paired to a 20mm wide black leather strap. The strap is somewhat special not only for being fitted to the case, but also for its bright red lining which has a spark of warmth and modernity to this otherwise extremely accurate horological depiction of abstract art circa 1915.

Powering the BIG ZERO Malevich watch is an automatic mechanical movement produced by Raketa known as the caliber 2615. The movement operates at a steady 2.5Hz (18,000 bph) and has a power reserve of 40 hours. The movement is also thoroughly hand-decorated with  “Neva watches.” The rear of the watch case bears an inscription in Russian that roughly translates into “everything massive in the world can be reduced to one big zero.” 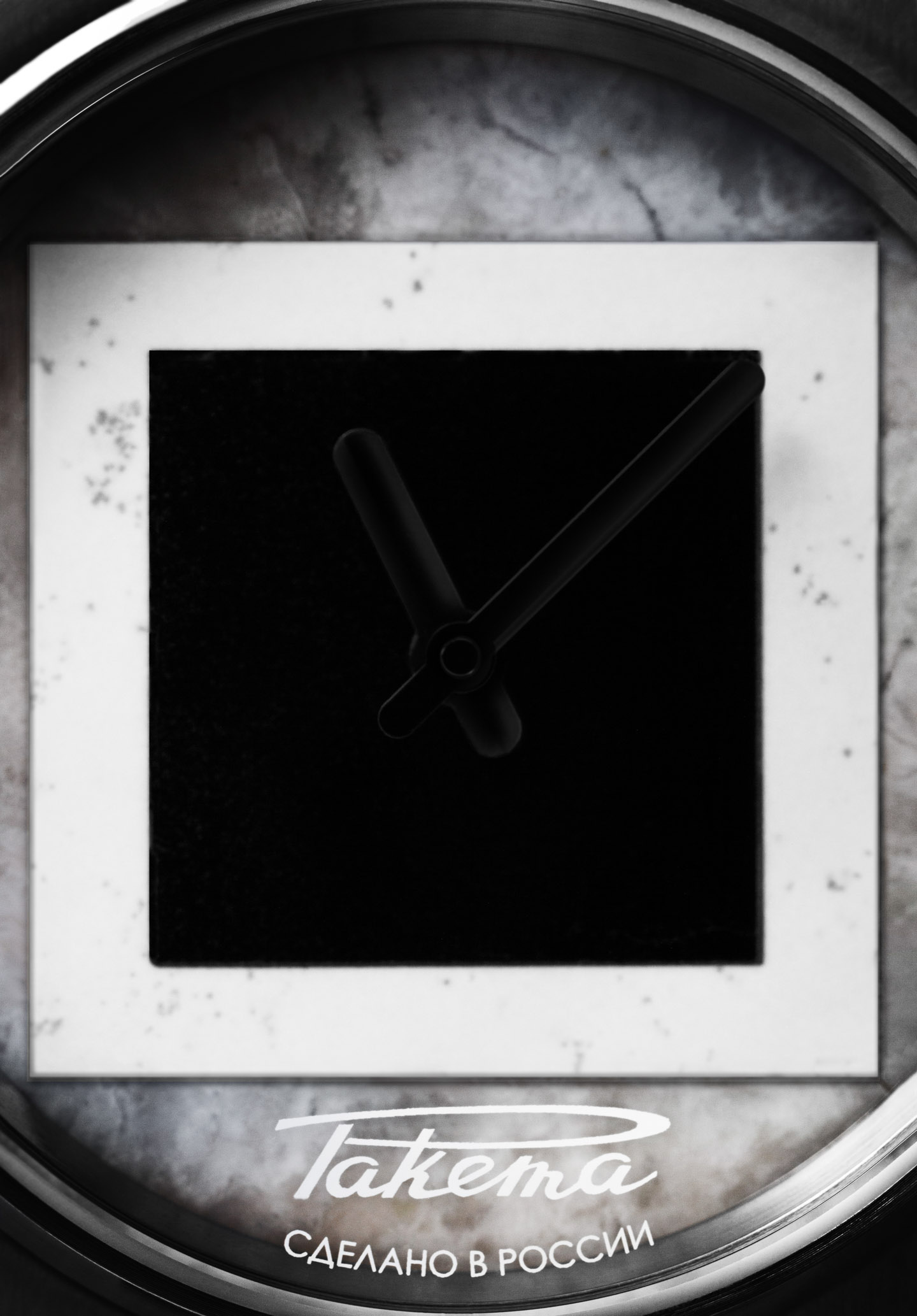 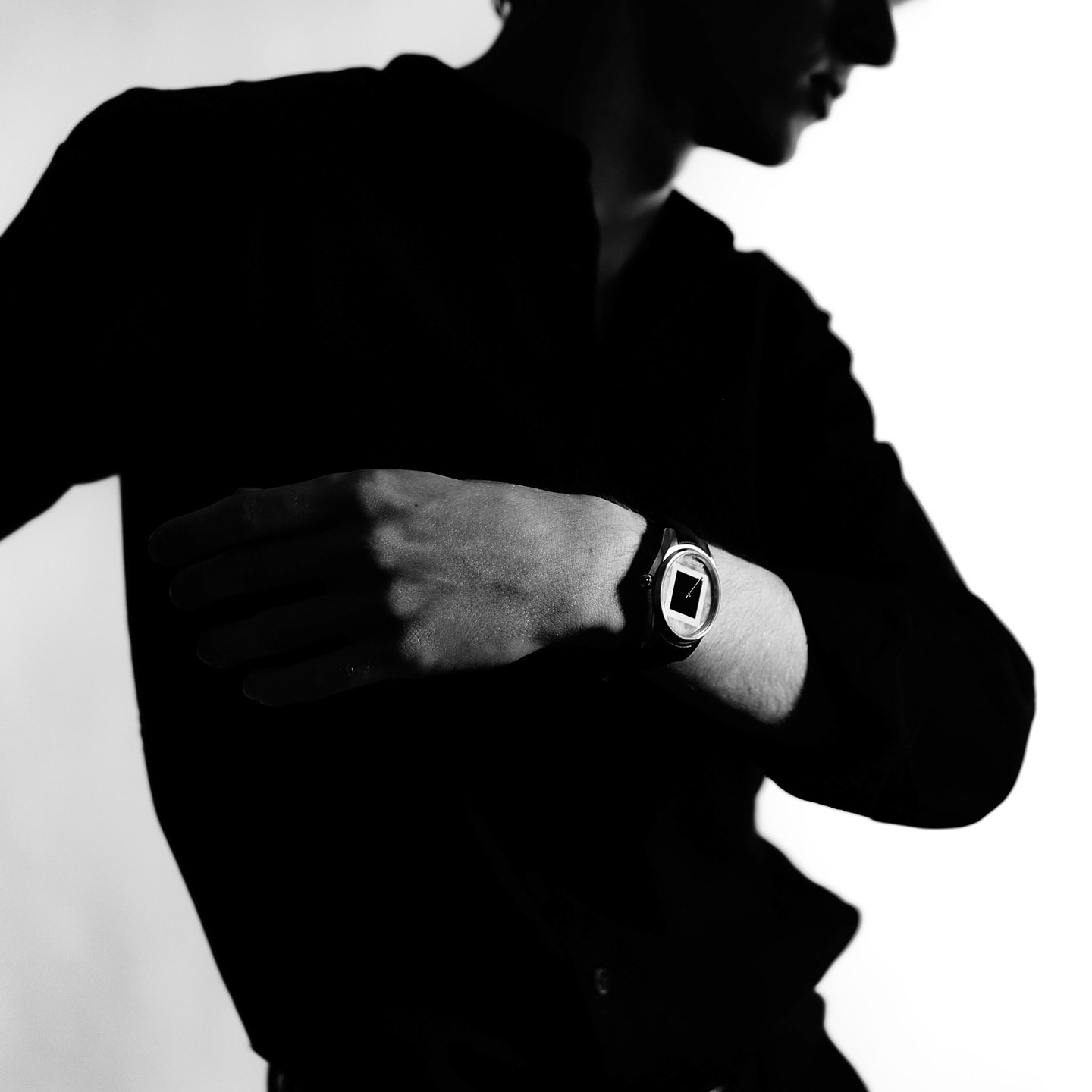 Some of the proceeds from the sale of each BIG ZERO Malevich watch will be given to the State Tretyakov Gallery in Moscow. These will go to art preservation, which is very important for the original Black Square painting (currently known to be in need of serious restoration work). Raketa will produce 300 pieces of the limited-edition BIG ZERO Malevich watch. Price for each is 1,208 Euros (without any applicable taxes or VAT). Learn more or order at the Raketa website here.