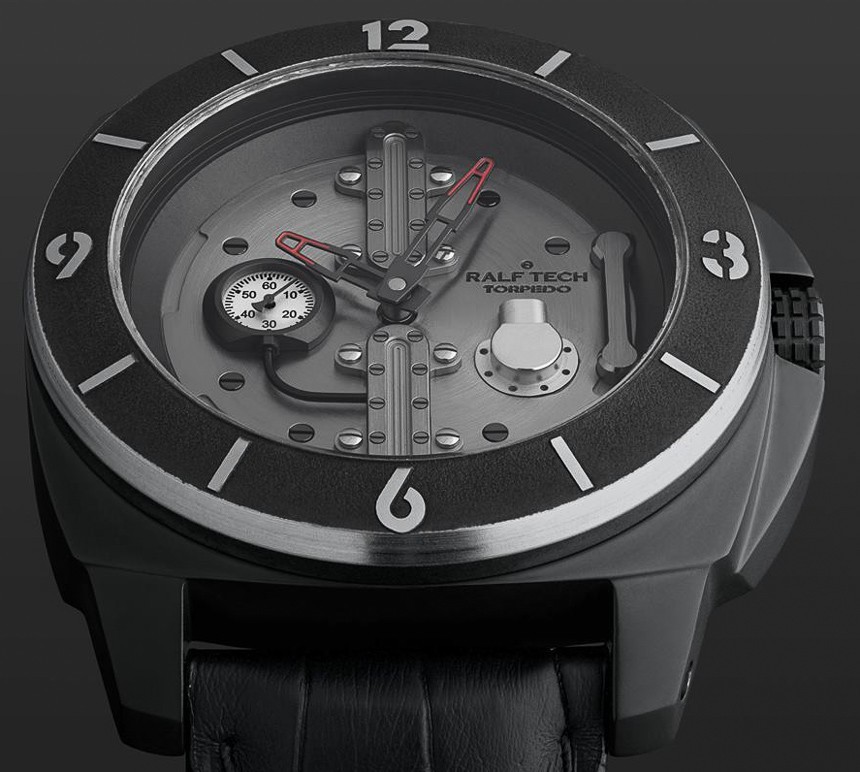 We don’t talk about Ralf Tech watches that much, but if you are into a sort of modern Panerai-style dive watch, then you’ve probably heard about them. All of a sudden, Ralf Tech has released a totally weird creation that is not only totally out of character for them in terms of design, but also price. I don’t know who the target demographic for this Ralf Tech WRX Manufacture Torpedo watch is, but the model-style dial based on a submarine torpedo bay door is pretty cool in a totally not functional way.

If you are the type of person who likes small models and miniatures, then you’ll appreciate the concept here. Tool watch guys looking for strictly functional items to tell them the time will not understand this type of piece at all. In its own way, this is the ultimate watch for certain types of nerds – and isn’t that what boutique luxury watches are all about? Given the extremely limited set of watches Ralf Tech is going to make, I am sure they will find the fewer than a dozen required buyers. 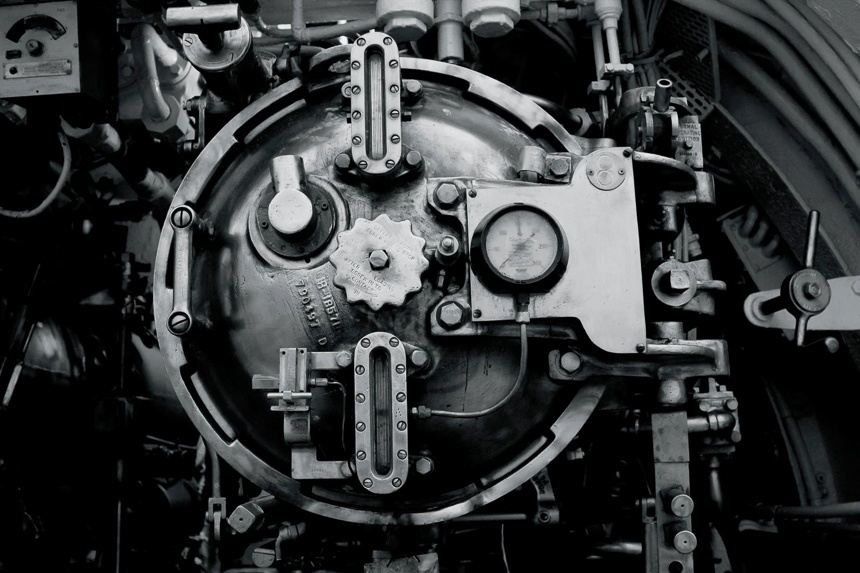 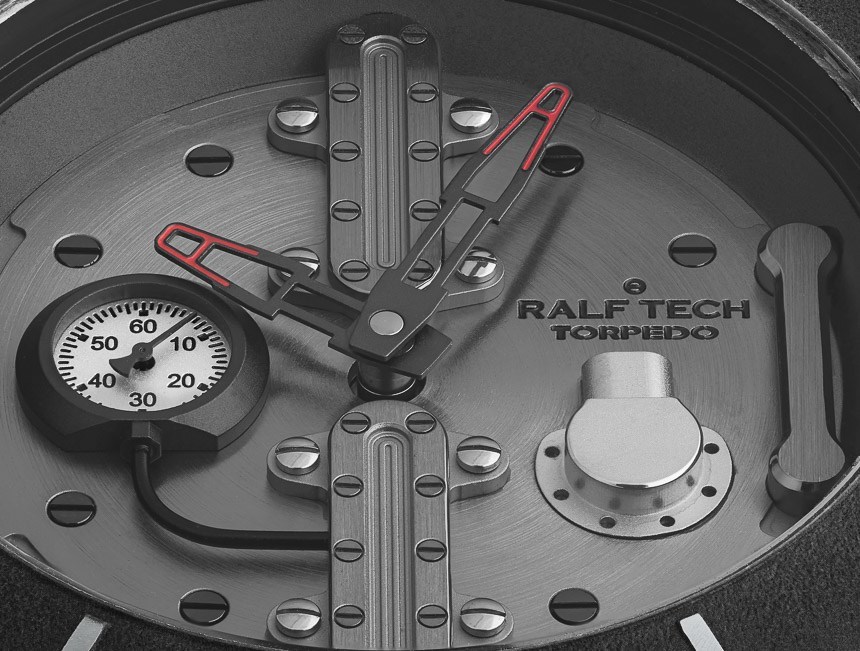 Apparently, the RALF TECH WRX Manufacture Torpedo watch was a pet project by Ralf Tech founder Frank Huyghe, who visited a sunken Spanish submarine while diving back in 2003. It is said to have been a “Spanish C3 Submarine” that sank in 1936 and was only recently rediscovered in the last decade or so. As I mentioned earlier, the dial of the RALF TECH WRX Manufacture Torpedo watch is inspired by the rear door of a torpedo tube – which is used to load torpedos. A picture of such a door is included in this article.

You can see how Ralf Tech’s partners at Novowatch in Le Locle, Switzerland, produced a dial and movement that is artfully inspired by the Torpedo door design. I do hope that it looks this detailed in person. A gauge (perhaps pressure gauge) from the hatch has been turned into a subsidiary seconds dial. The rest is decorative, aside from the hour and minute hands that are floating over the carefully machined face. Ralf Tech explains that the dial is further finished by hand. 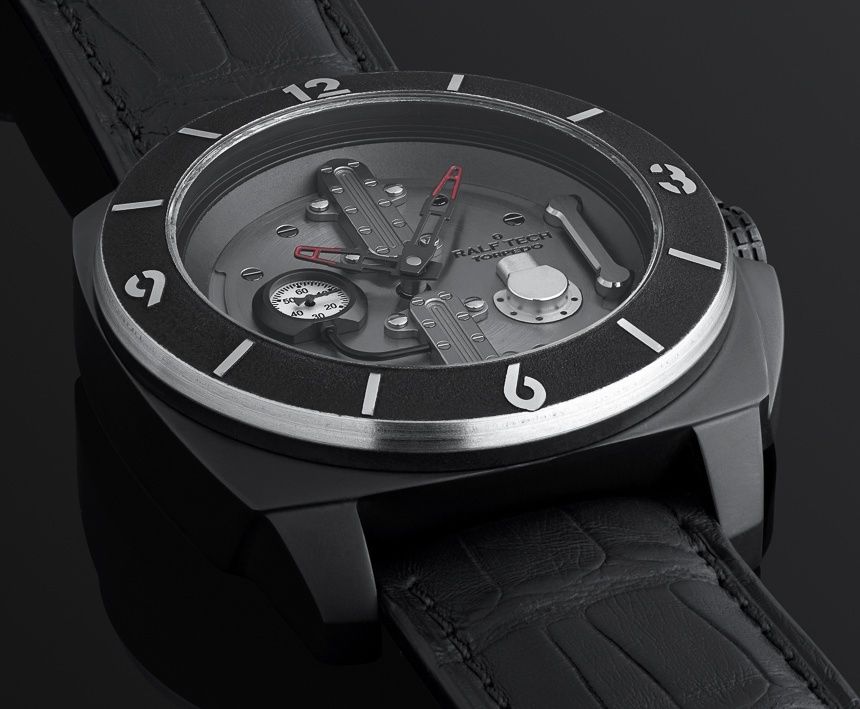 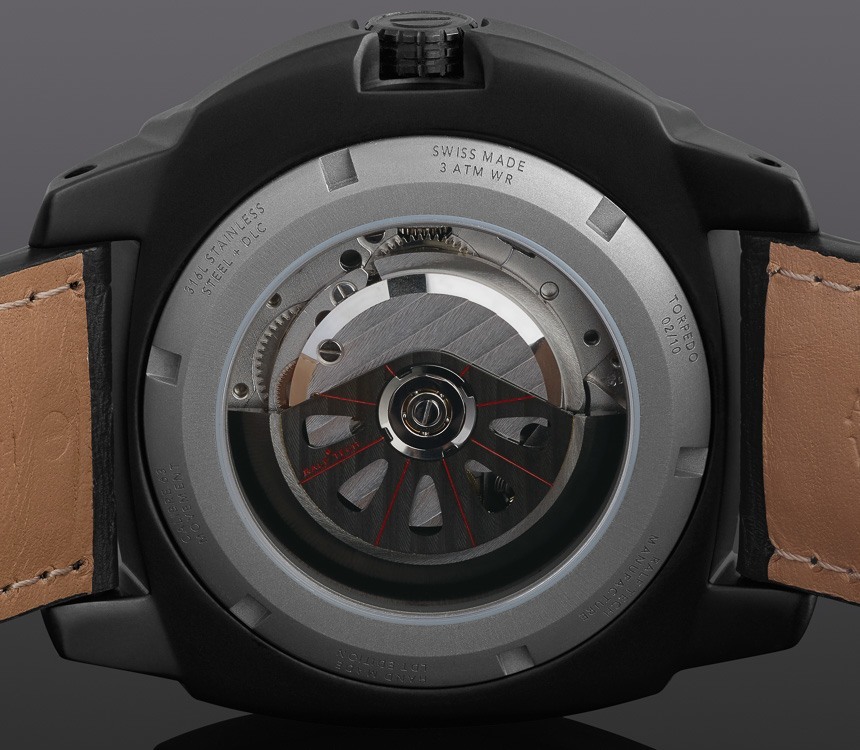 The watch case itself is based from the larger Ralf Tech WRX timepiece collection and is a large 47.5mm wide, in DLC black-coated steel. I do rather like the design of the bezel and the font used for it. One thing I really don’t understand is why the water resistance for the RALF TECH WRX Manufacture Torpedo watch is just 30 meters. Most Ralf Tech WRX watches are water resistant from between 300 – 1000 meters, as they are dive watches. So what is different about this case that gimps water resistance so much?

All I can think of in regard to the lowered water resistance is the unique caseback, which is a sapphire exhibition one. That is to allow a view of the new exclusive “Caliber 63” automatic movement. Ralf Tech claims to produce this movement themselves, and it is likely based on a popular foundation by Novowatch, with modifications for the unique dial and with a custom rotor. 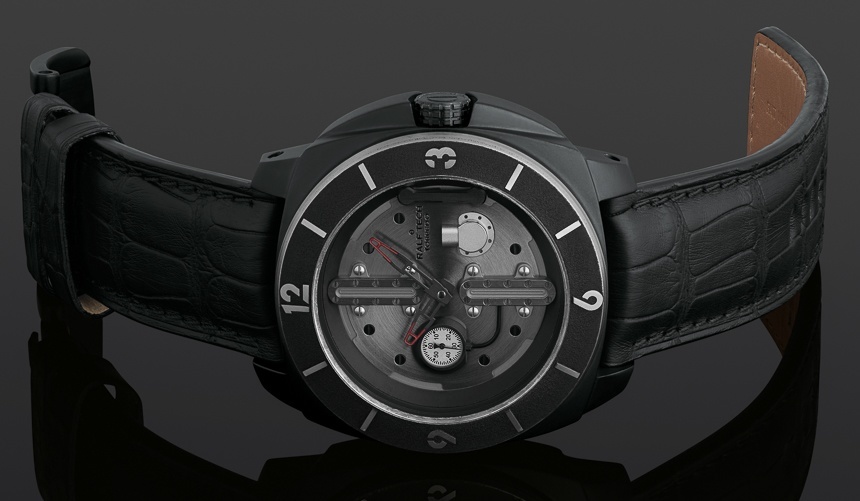 The Ralf Tech WRX Manufacture Torpedo is a unique creation by all means, and shows what will and creativity can result in when it comes to the production of “collector’s grade” watches for a select group of people who like wearing stuff like this. Given that the watch case itself is pretty standard, the good news is that wearing something like the Ralf Tech WRX Manufacture Torpedo shouldn’t be odd. What does make an item like this inherently extremely limited is the fact that very few people are willing to pay the price required to produce something as unique as this with the type of detail necessary to make people interested in wearing it. It comes attached a black alligator strap as well. For the ultimate submarine or Ralf Tech fan, the RALF TECH WRX Manufacture Torpedo watch will be limited to just 10 pieces at a price of 9,800 Euros (which is about $13,300). ralftech.com