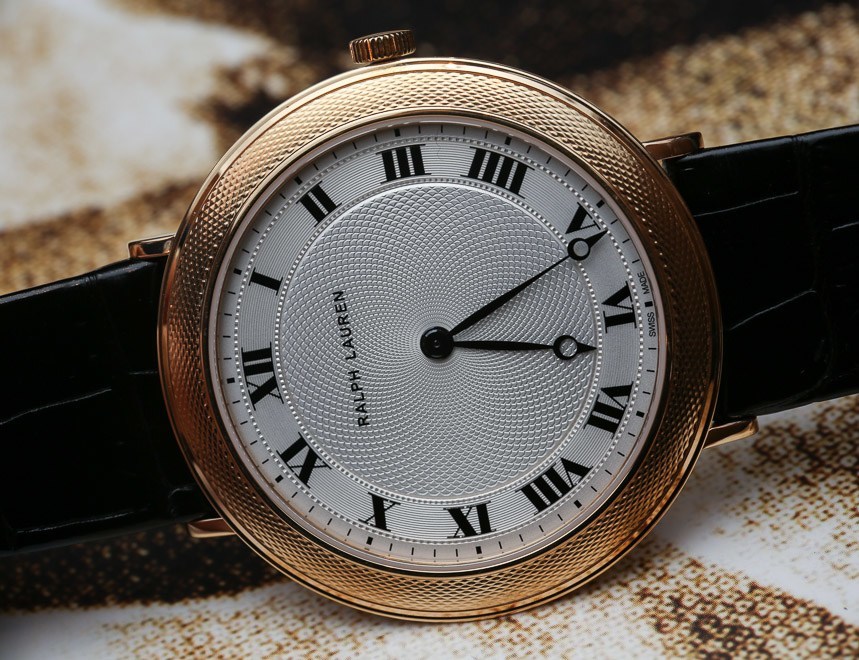 The Ralph Lauren Slim Classique is perhaps my favorite collection of high-end dress watches. These timepieces came out with the debut of the Ralph Lauren watch brand about five years ago. To this day, the brand remains a partnership between Ralph Lauren and the Richemont Group, and has seen the release of some impressively designed timepieces under a brand that is in fact part of a fashion empire.

Ralph Lauren’s approach to sourcing movements was taking from the collective Richemont Group expertise. While other models use movements from houses such as Jaeger-LeCoultre and IWC, the Slim Classique has a movement produced by Piaget. Which is a logical thing, considering the fact that Piaget is among the world’s best producers of very thin mechanical movements. That said, the entire Slim Classique watch case is just 5.35mm thin. 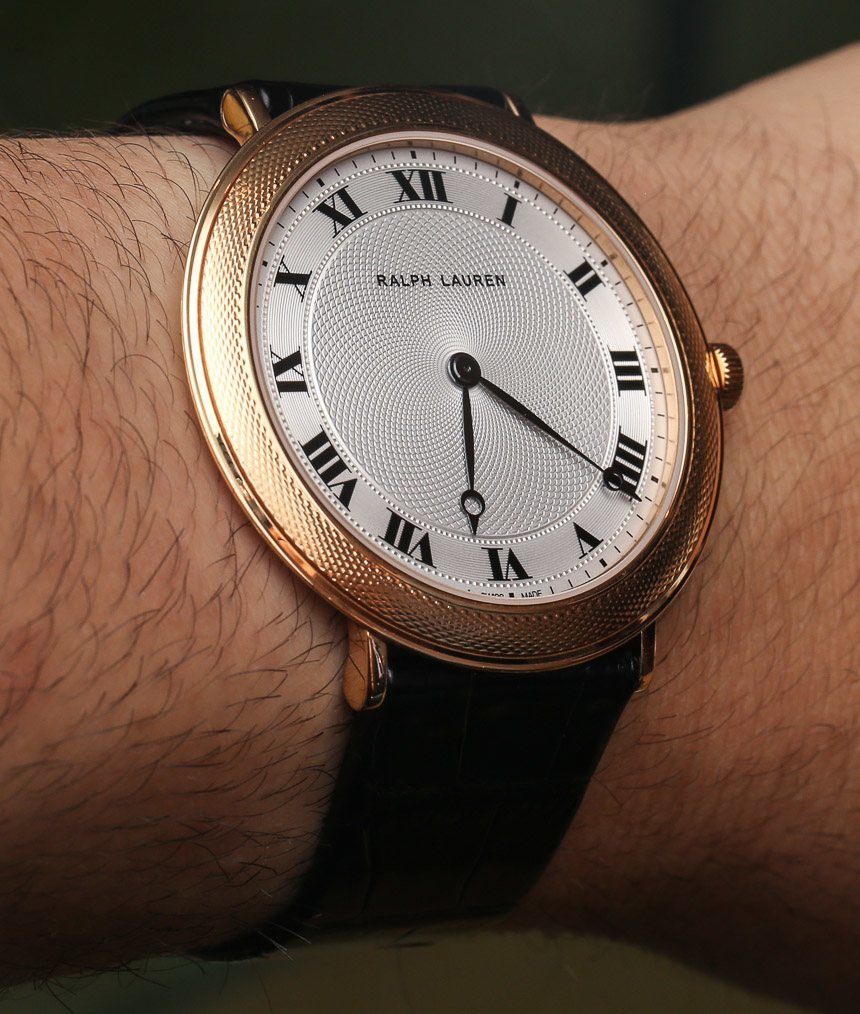 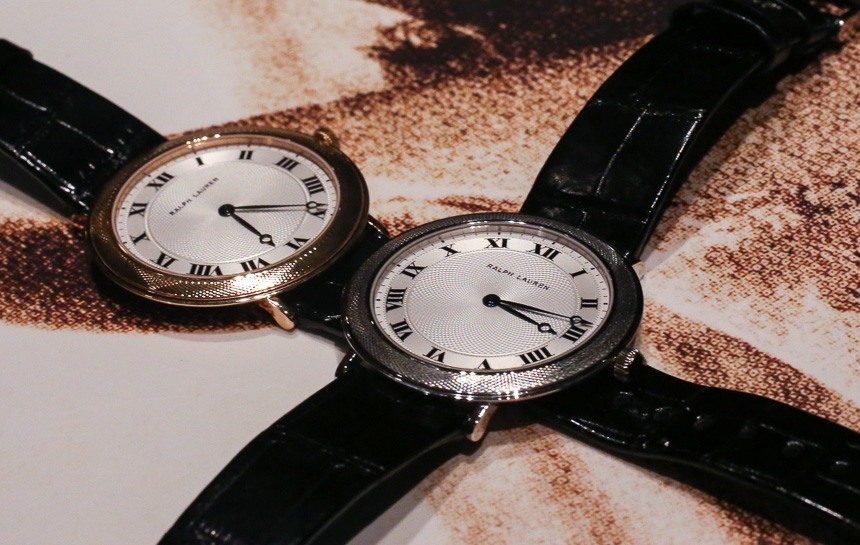 That doesn’t make the Slim Classique the thinnest watch in the world, but it doesn’t need to be. At 6mm thick or under, it feels like you are wearing a piece of cardboard paper on your wrist in terms of how high the piece sits. I’ve never really seen a need to have the “slimmest watch” around. “Slim enough” is just fine. The watch is also wide, which combined with being thin, makes for an elegant, but masculine look.

Ralph Lauren offers the Slim Classique in two sizes, either in 18k rose or white gold. There is a smaller 38mm wide version, but this is the 42mm wide version. I would venture to say that a woman as well as a man could wear this, but that isn’t because it is a feminine timepiece. The design is very true to the name, being so wonderfully composed in a classic sense as though it borrowed one of the world’s best pocket watch dials. It is like Cartier and Breguet got together. 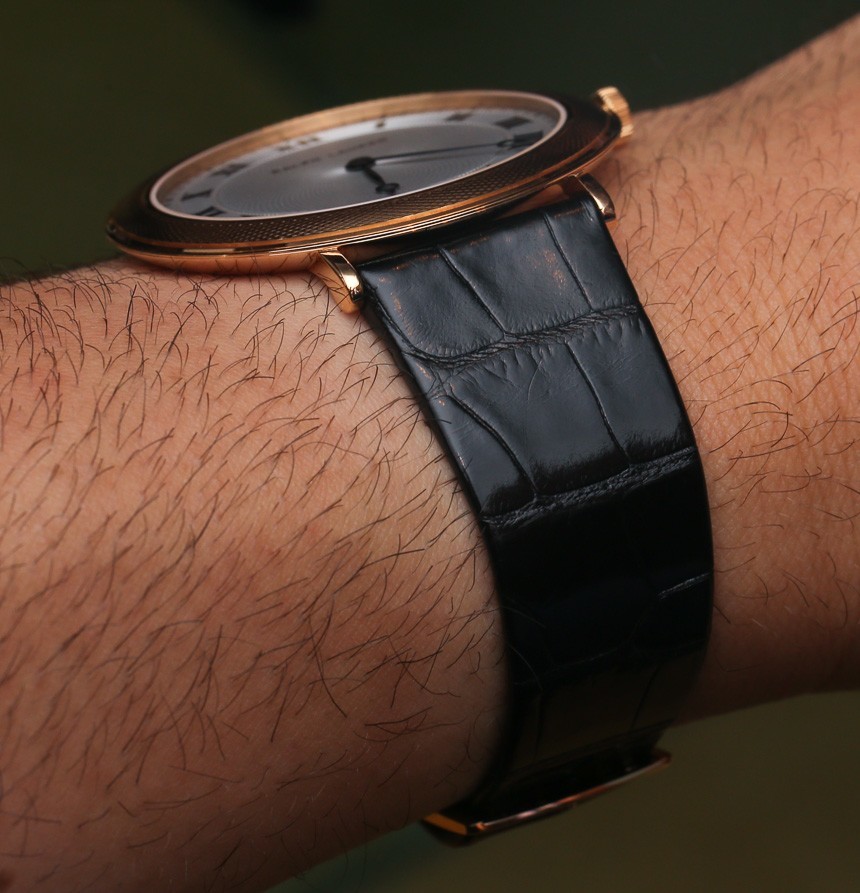