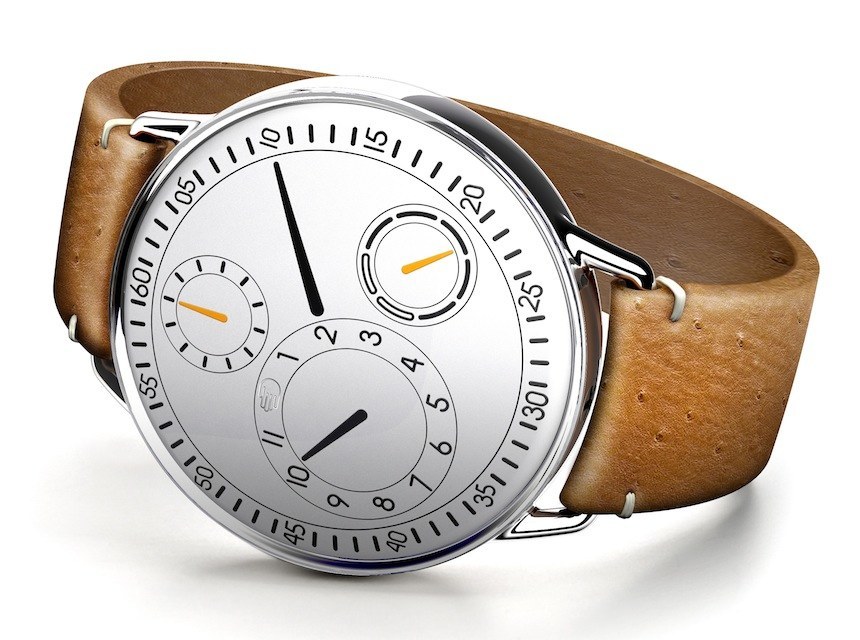 While the dinosaurs of the watch making world have certainly been upping their game when it comes to creating technically impressive and more unique concepts, in recent years it has been the independent brands who we saw really going out of their way to impress the watch-nerd that’s inside all of us. Ressence, which was established just a few years ago by Belgian Benoit Mintiens, is one of those small brands who chose not to walk into the hall of horology, but rather kick its doors in. The weapon of choice for Benoit was a watch that is partially filled with liquid, is equipped with a uniquely animated dial, and is designed to be as organic and simplistic as anything made of metal and glass can possibly be. The model we are discussing today is their Type 1, the piece that is designed to pair the trademark features of the brand with even more classical and subdued aesthetics.

We will briefly look at just what makes Ressence so unique, but– as usually is the case with such extraordinary creations– you really have to see it in action to be able to fully appreciate how they function. Earlier last year Ariel went hands-on with the Type 3, a piece that displays time in basically the same way as this one, so if you have not seen the dial moving, I suggest that you follow the link just above and check out the video. In it, he speaks with Benoit and shows you how the Ressence system works. For now we will say that the entire dial is animated in a way that, with the exclusion of the bezel, all the discs and subdials slowly rotate around the center of the watch, while staying perfectly upright and legible. If that sounds complicated, well, that is because it is. 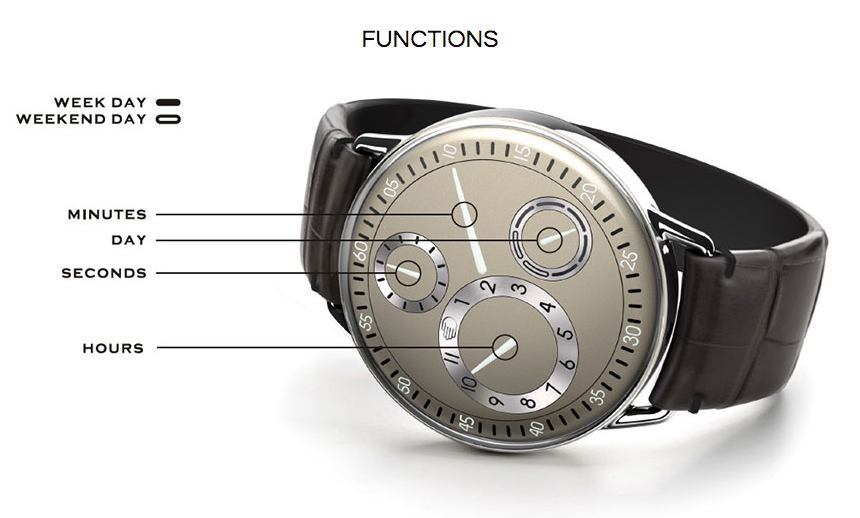 The image above shows all the functions of the Type-1, and while there is nothing outlandish about the list, the way these indications work truly set this concept apart from the rest. The white hand that is apparently floating on the large, central disc is the minute hand, while the hours, seconds and day of the week indications are displayed on their respective subdials. If you have never seen it function, the best thing is to try and imagine the minute hand doing its job as it points to the minute track on the periphery of the dial and, while it is doing that, the three subdials are rotating in a clockwise direction on the same pane with it. This means that there are no actual, physical hands on this watch but instead the time is displayed by discs literally dancing around the dial.

Given that there are no hands, there is no need to have any space in between the dial and the sapphire crystal. Consequently, the two appear to have been laminated, as the dial perfectly follows the curvature of the crystal. From an owner’s perspective this results in outstanding legibility, not only because the different indications never overlap one another, but also because this layout makes for a more easily distinguishable “reading experience” even when light conditions are inferior. This is made possible by a patented system that utilizes liquid to allow the different discs to rotate and still point in the right direction, upwards, while doing so. 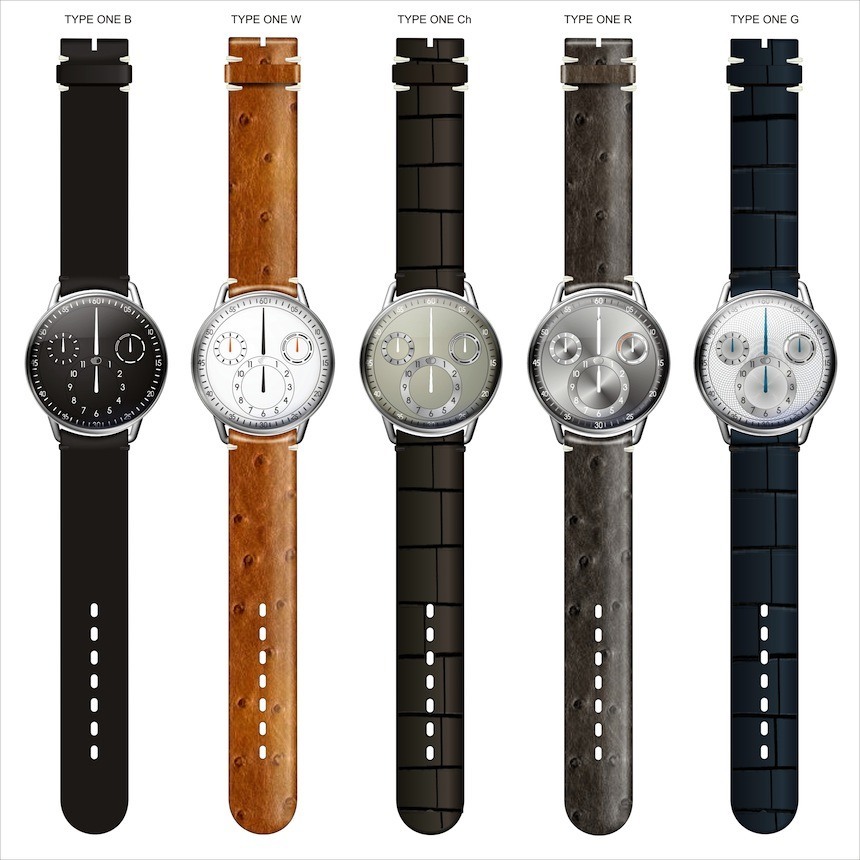 Looking at the Type 1, we feel that it really is the most subdued and refined interpretation of their trademark features ever since we debuted their first watch back in 2011. Although the brand has gone through an experimental phase in terms of model naming and the finalization of key design elements, they eventually settled for the aforementioned Type 3. Recently the Type 3 had been the only watch in their portfolio, but now, by adding the Type 1, Ressence offers a somewhat more simple, more refined and therefore a more affordable alternative. What sets the new Type 1 apart from its counterpart of last year is its lack of a date indication, something that makes for a less cluttered overall appearance. It also resulted in a major reduction in terms of the number of components used for the watch, a drop from 407 to a mere 208 parts.

The other modifications that the brand went for are less obvious, but ultimately make for a tangible difference. The most fitting analogy I could give is that of a pebble that has spent significant time under water and ended up losing its sharp edges, taking up a perfectly curved, and an overall more refined shape. This is pretty close to what happened with the Type 1: it got rid of the more angular lugs that were fixed to the case by screws and replaced them to more rounded ones that are actually milled from the same piece of titanium as the case itself. All this is done in favor of what the brand refers to as a more “organic” design. On a more personal note, I never really developed a sense or appreciation for organic design, but it does start to make sense with watches. It is something we have on us throughout the day, over the course of many years and as such, it literally becomes more or less a part of us. With that said, it is interesting to see how scarcely do we encounter genuine efforts made towards making wristwatches a more personal, comfortable, and overall a more humane piece of equipment. We see sharp lugs, crown guards, pushers, and heavy bracelets so often that we have every reason to forget how much a watch becomes a part of us. 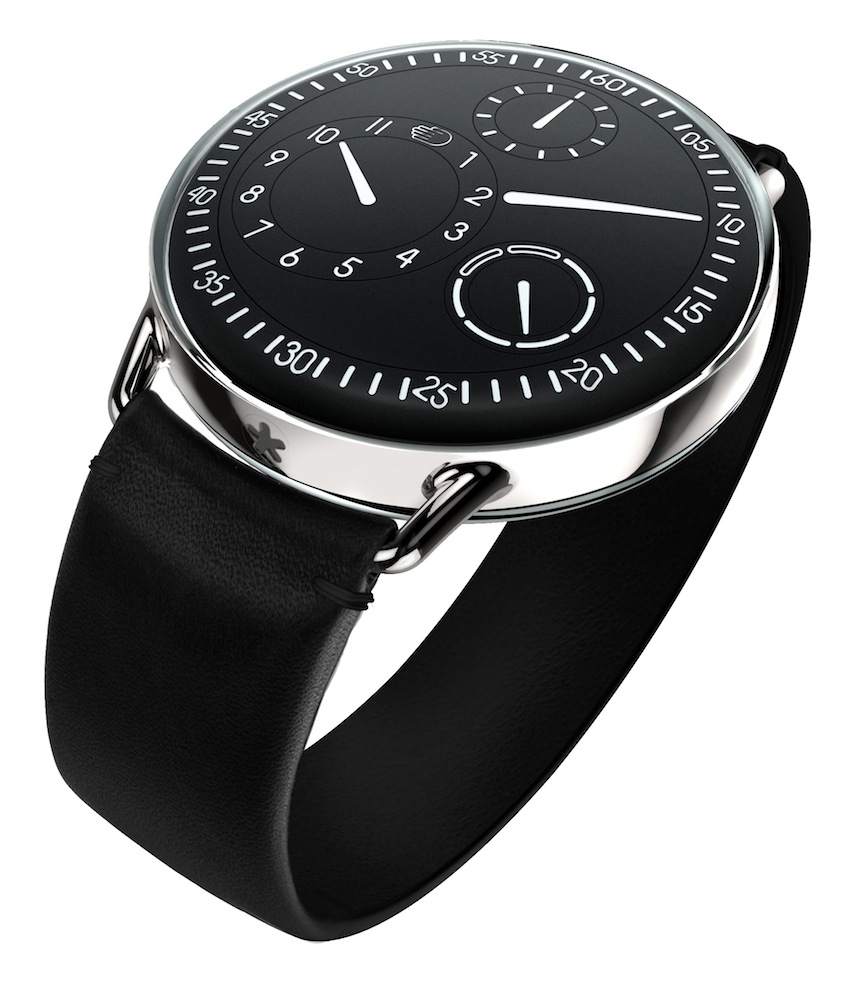 By contrast, the Type 1’s 42 millimeter wide case is cut from a single block of grade 5 titanium, and its front and back are covered by large pieces of curved sapphire crystals. According to Ressence, the case back is curved in such a way that the watch is sitting primarily between the bones of the wrist, hence making it wear more comfortably and more naturally. How much of that is actually translated into an enhancement in day-by-day wearability is something we can tell only once we have the piece in for review, something I am quite looking forward to actually. Finally, wearing comfort is further enhanced by the watch’s low weight of only 75 grams, which in part is due to the titanium case, and in part to the fact that there is not much metal in the case anyway: a major part of the “shell” is formed by the two crystals at the front and the back. The only downside that we can possibly imagine is in the crystals’ fragility, so you will want to be careful not to accidentally drop this watch with all the large pieces of glass. 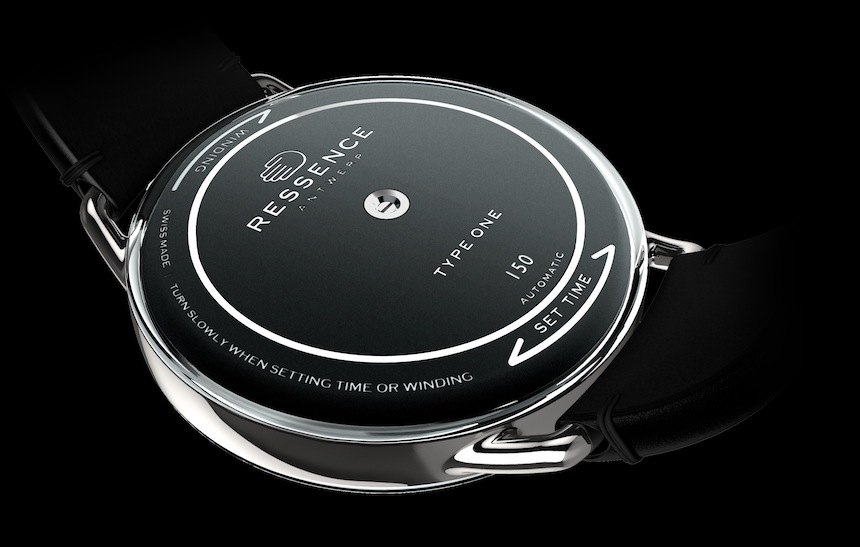 Inside the watch is a base automatic movement which, and this should be no surprise, has been heavily modified so as to accommodate the unique dial system. Beyond the way the indications work is another unique feature to Ressence: its movements are operated not through a crown, but by turning the crystal on the case back. Therefore both the winding, and the setting of the movement happens by rotating the crystal to different positions, dedicated to either the winding or the time-setting functions. It is an interesting solution and the fact that it makes for a perfectly rounded, more unique case design definitely justifies the extra effort that it must have taken to create this unique system.

Off the bat, the Type 1 will be available with three dial and strap variations, including a black, a white and a rather handsome looking “champagne” colored sandblasted version. Within a few months the collection will be extended by a sun-ray patterned and a guilloché dial as well. Price for the Type 1 will be $20,600, or around ten thousand less than the Type 3. ressence.eu