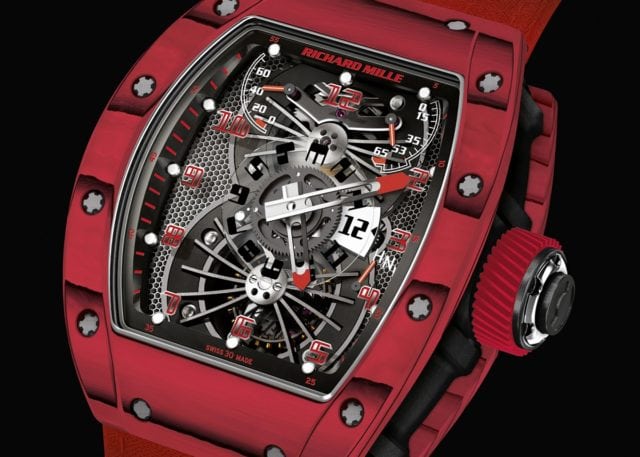 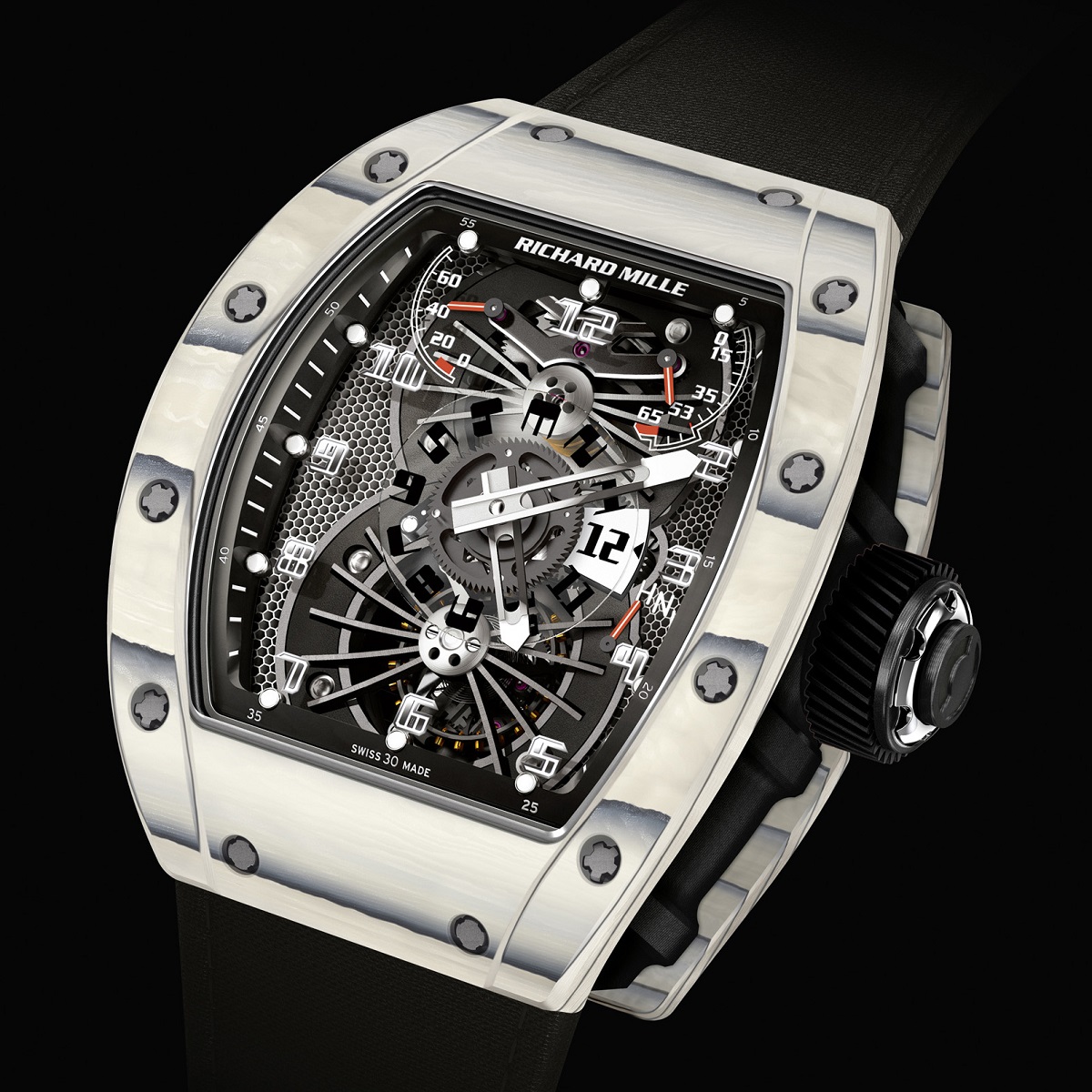 The mad people at Richard Mille are back at it again with another outrageous watch, or in this case, watches. Available in bright red, white, and blue, these are the new Richard Mille RM 022 Tourbillon Aerodyne Dual Time Red-White-Blue Limited Edition watches that will only be available in Richard Mille boutiques in the Americas. Obviously, this is an important market for Richard Mille. After all, the US is one of Richard Mille’s biggest markets and is number two in terms of Swiss watch exports. Anyhow, back to the watches. These new watches are based on the RM 022 Tourbillon Aerodyne Dual Time Zone watch, which was first released all the way back in 2010. Since then, it has been re-released multiple times as a limited edition for various markets and in various special materials. Even though it has been eight years, the RM 022 is still a pretty impressive timepiece.

The RM 022 “Aerodyne” gets its name from its use of aerospace materials. The watch’s baseplate, if you look carefully, has a honeycomb pattern that is made out of a special material called orthorhombic titanium aluminide. As you might have guessed, it is very strong and light, so Richard Mille decided to use it for the baseplate to improve strength and torsional resistance of the tourbillon. Additionally, the honeycomb pattern gives the dial a light and airy feel. 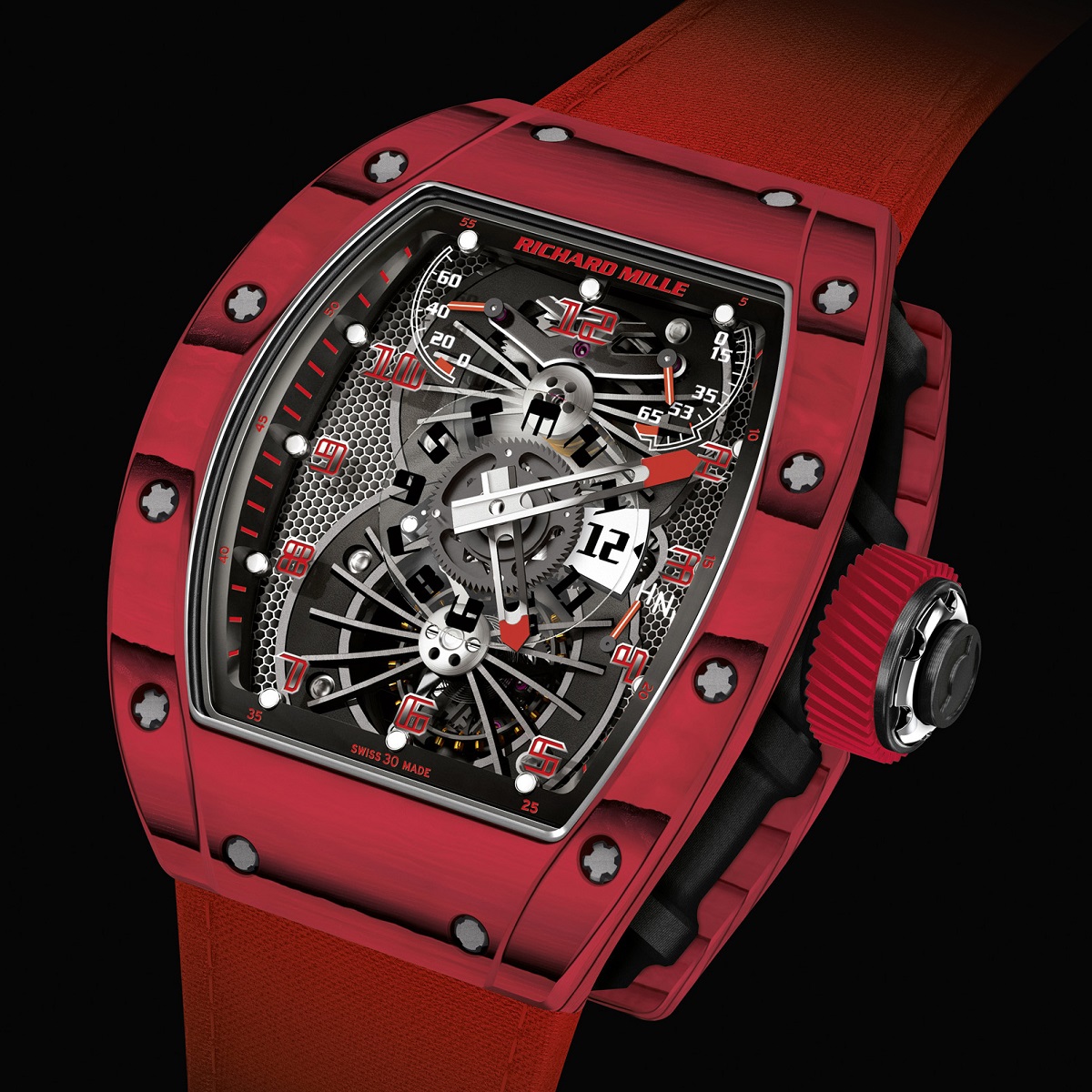 The dial looks complicated but it is actually quite logical once you know what’s what. Let’s work from the top left. At 11 o’clock, you have the power reserve indicator. Opposite at 2 o’clock is a torque indicator. The torque indicator shows the tension inside the mainspring, and owners should keep it within the optimal range for the best timekeeping performance. Working downwards, at 3 o’clock you have the dual time zone display, which is actually indicated by a sapphire disc. This can be easily adjusted in one-hour increments using a pusher at 9 o’clock. A small hand at 4 o’clock is the function indicator. By pressing on the crown, owners can switch the mode of operation of the crown between winding or setting without having to pull on the crown as you would in most other watches. Superfluous? Maybe. Cool? Definitely. And finally, at 6 o’clock, you have the tourbillon.

These new RM 022 Tourbillon Aerodyne Dual Time Red-White-Blue watches are so-called because they are literally red, white, and blue. The front and back of their cases are made from ultra strong and light quartz TPT while the case middle is made from carbon TPT. If quartz TPT sounds familiar, that’s because it is widely used in Richard Mille watches such as the recently released RM 67-02 Alexander Zverev Edition watch. At any rate, to create the bright cases that you see here, thin fibers of quartz no more than 45 microns thick are first aligned and saturated in colored resins, and then heated and subjected to a pressure of 6 bar before being machined at Richard Mille’s manufacture. 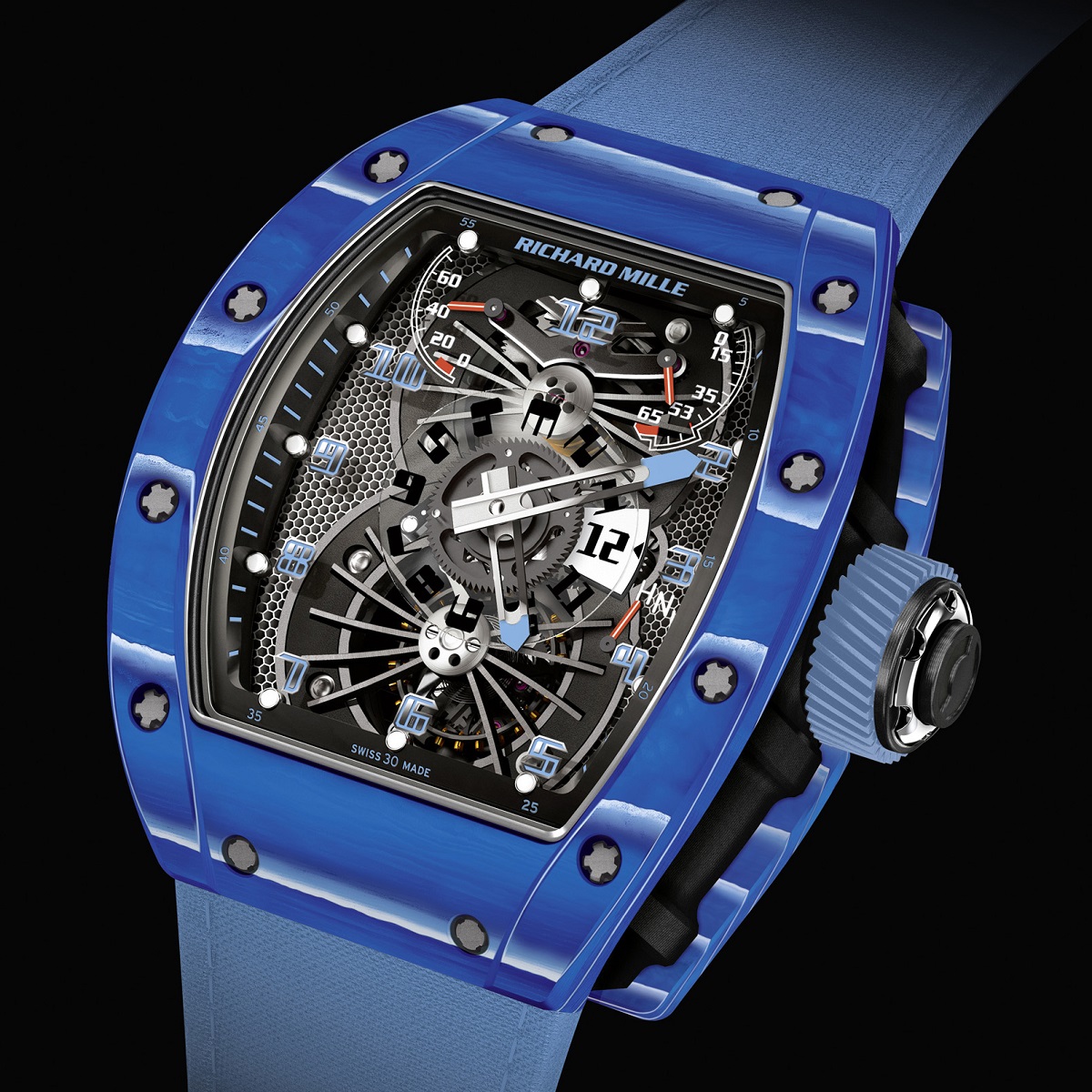 The movement within is the Calibre RM022, which is hand wound and has a power reserve of about 70 hours. It goes without saying that it is extensively finished by hand with beveled bridges and plates, together with graining and polishing treatments done on numerous parts.

I get it, the styling of these new watches might not be for everyone but they do have their merits. The dual time zone complication is a cinch to use and the lightness of their quartz TPT cases should at least mean that they are immensely comfortable to wear. Finally, there’s the exclusivity of these pieces. Only 10 of each color will be made. The Richard Mille RM 022 Tourbillon Aerodyne Dual Time Red-White-Blue Limited Edition watches are priced at $528,000 and will only be available exclusively at Richard Mille boutiques in the Americas. richardmille.com