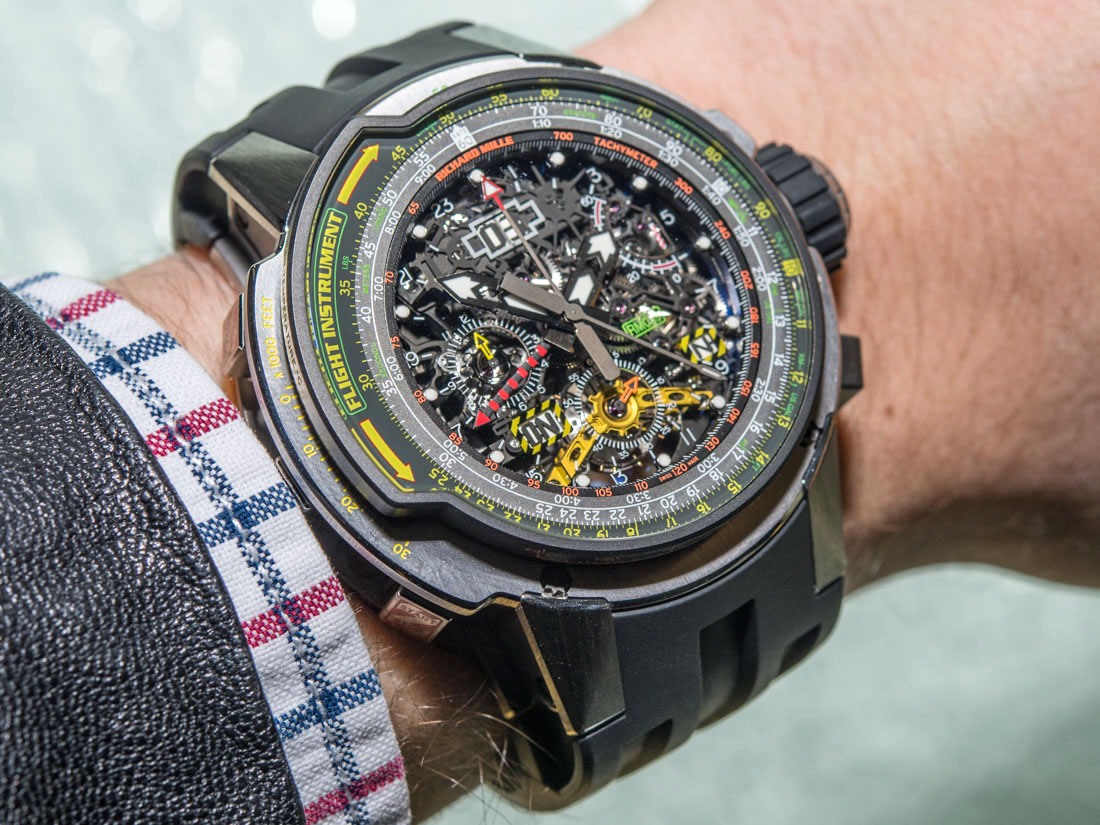 The Richard Mille RM 039 Tourbillon Aviation E6-B is one baffling watch. I mean, I am struggling to fathom how and why this incredibly complicated watch came to be, who the 30 people are that this million-dollar watch is for, and how 95% of its functions can ever possibly be used if you are not a trained pilot. Still, I went hands-on with it and pushed myself to try and understand it a bit more, and guess what, it actually had a few neat details up its sleeve to sort of work as rewards throughout the process. 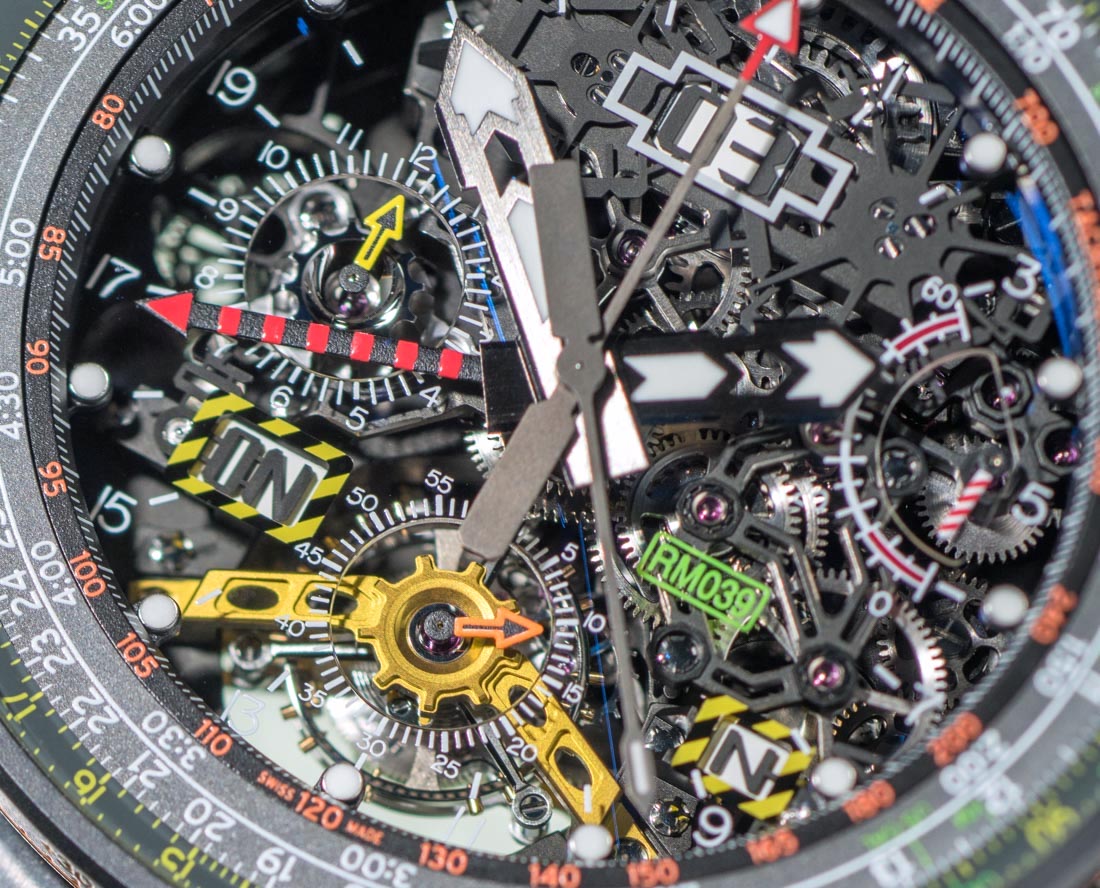 Watches. Since we watch enthusiasts see so many of them all the time, we think we can judge after a first glimpse. To start with an obscure, rather than explicit feature of the RM 039, this watch sort of goes against all of that as it exemplifies why giving time to your eyes to see, your hands to feel, and your brain to think is a good idea before jumping to conclusions. 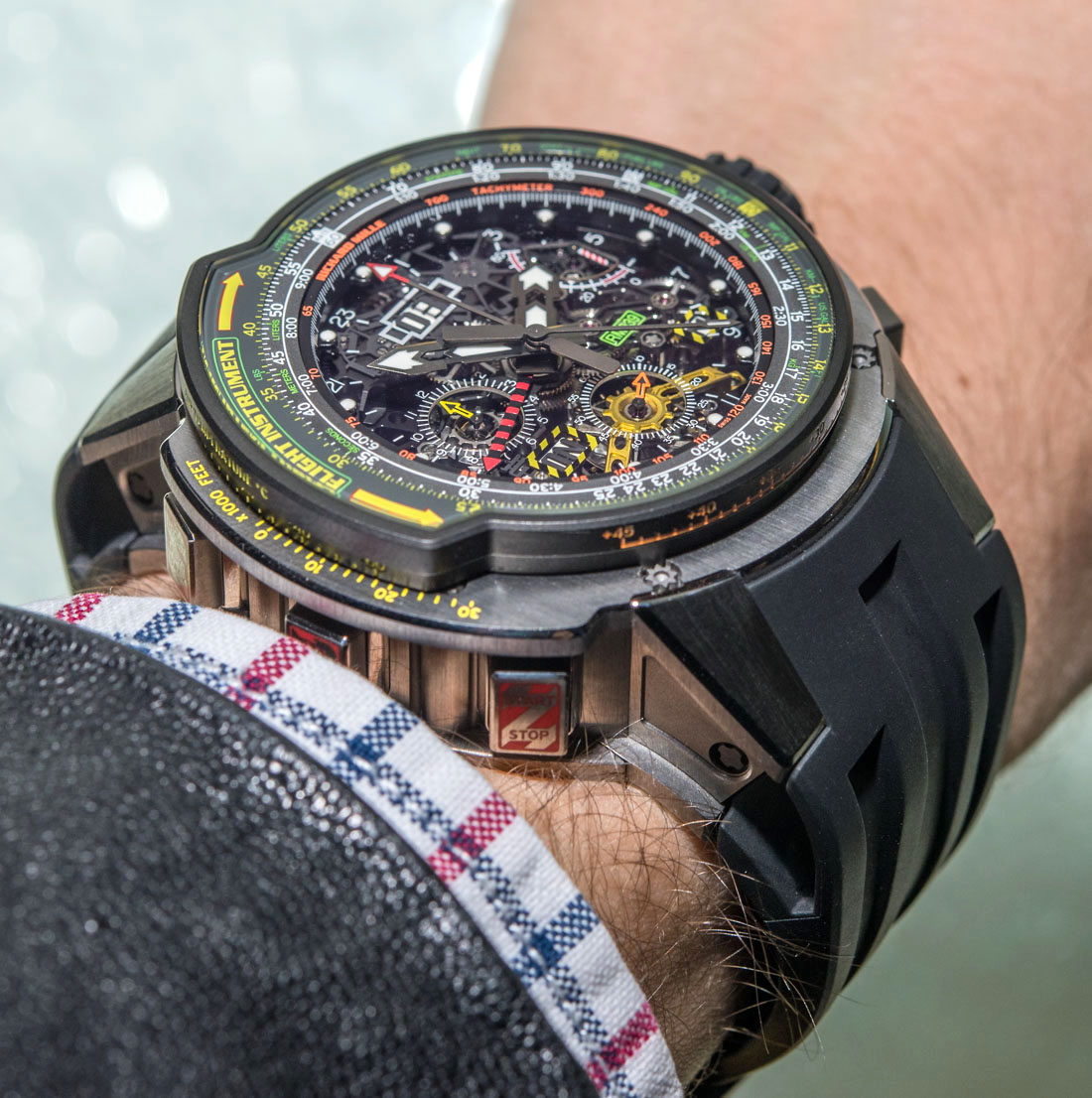 We’ll leave the 740-component movement for a bit later and start with the bonkers exterior. Off the bat, the RM 039 looks ridiculously massive – its round-ish case measures 50mm across and 19.40mm thick. The way it feels is a different story, however. Give it a better look and you’ll realize that it is more of a 45-46mm round watch that doesn’t even extend beyond the edges of my small, 6.75″ wrist. Yes, the 50mm adds up if you measure the watch across its bolstered case sides, but between 12 and 6, where it really matters for wearability, it’s a perfectly round case with some of the shortest lugs around – a design element many “historical” brands could learn from as stupid-long lugs are still very much a thing. Notably, Richard Mille watches are widely considered some of the most comfortable watches ever made and they either have no lugs whatsoever or very short and angled ones like we see here. 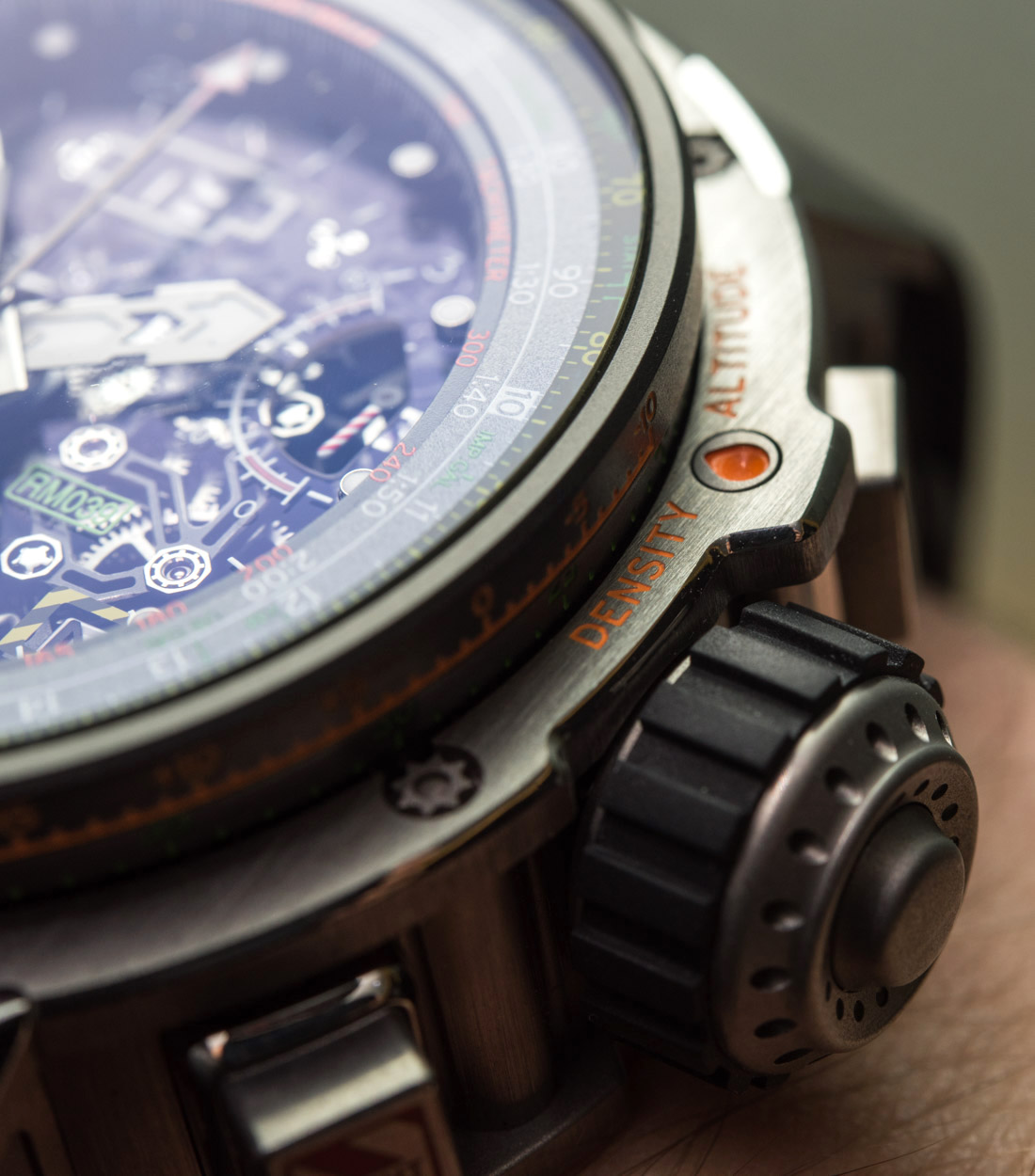 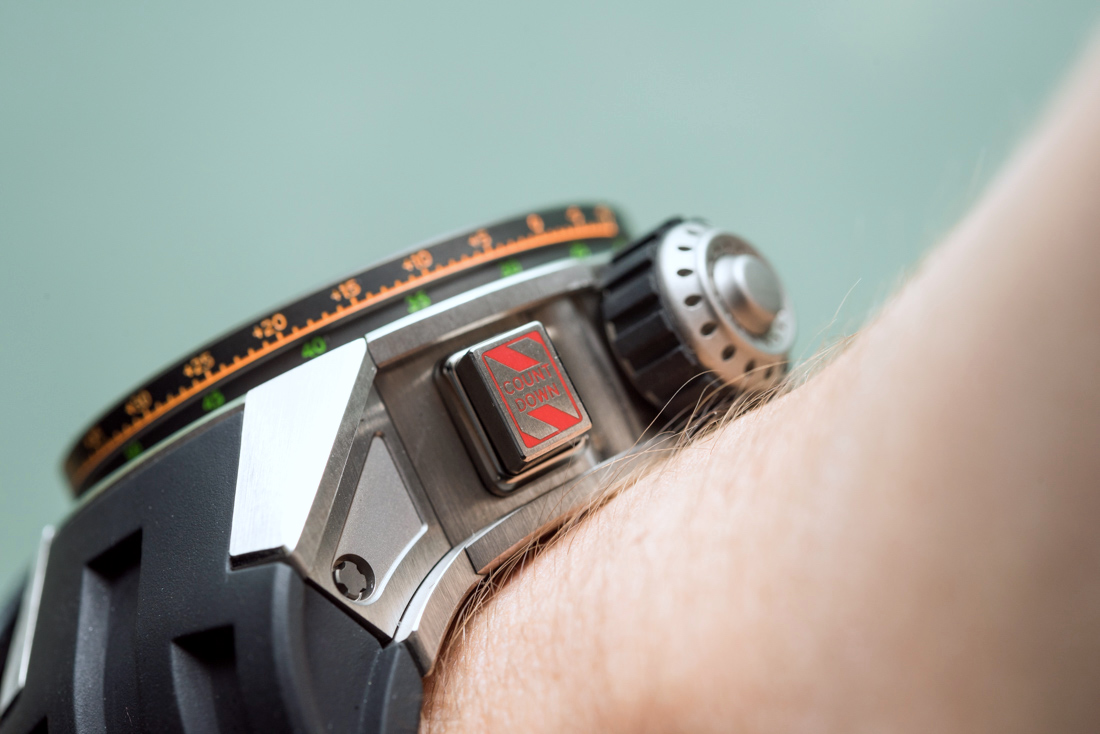 The case, like on any Richard Mille, is unbelievably well-made. Just look at that chamfer on the titanium edge one image above, or the heads of the spline screws that hold it all together, or the polished edge around the brushed pusher, or that ridiculously complicated crown and its perfectly flush pusher. Every single piece, just as we’ll see with the movement and dial too, is crafted (or rather, for the case, CNC-milled) as though it were a custom piece – which they, come to think of it, sort of are. The case band, the pushers, the sandwiched parts of the lugs, everything is individually milled from a block of metal, never stamped. 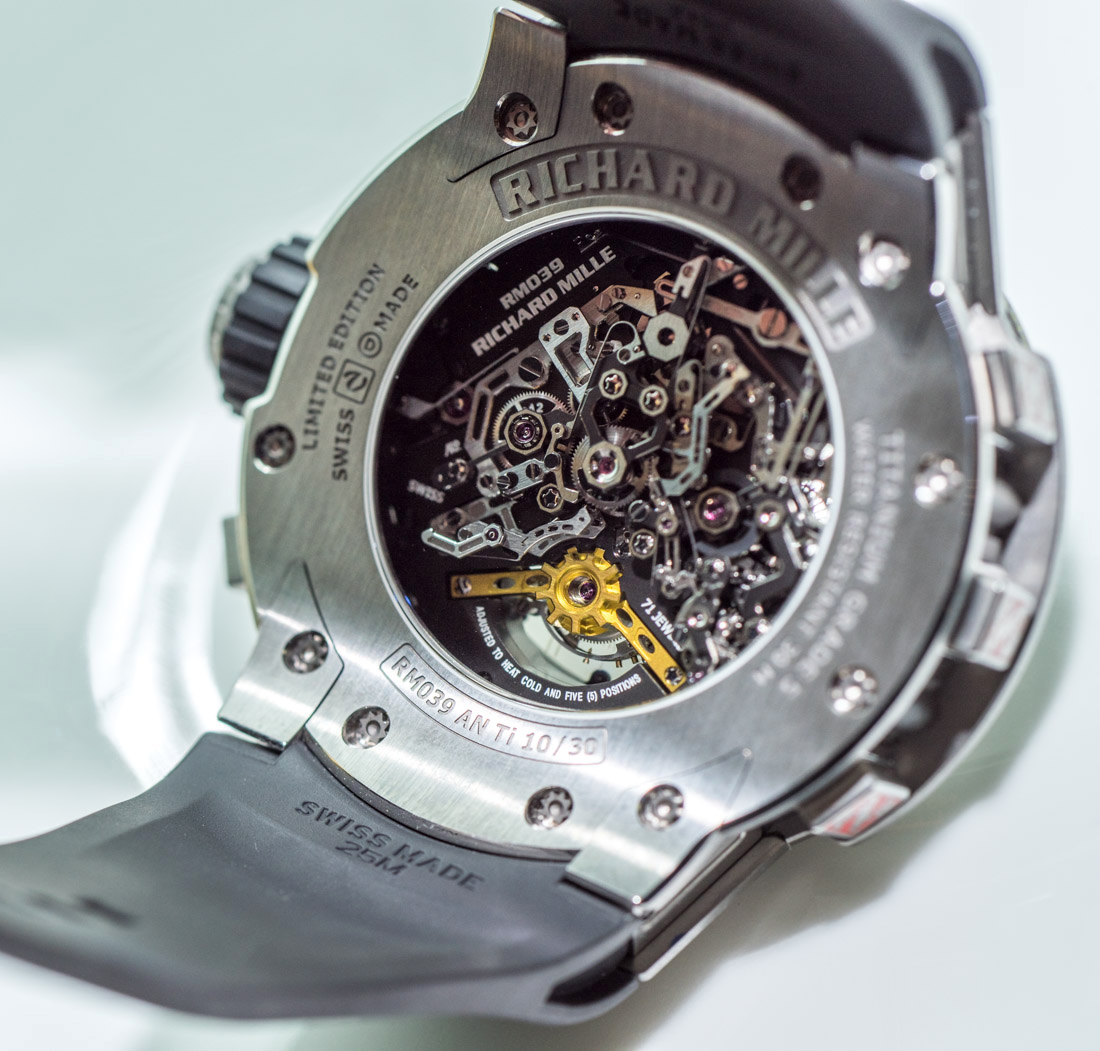 Here’s another interesting fact to consider: with only 30 of these ever made, each case-back, case-band, crown, pusher, bezel, and any other major component ever needs to be made 30 times over and that’s it… And while that many pieces could still be much cheaper to produce with a stamp, here they are all milled for a very, very long time.

For the case, after a turning operation lasting 1 hour and 40 minutes turns a billet into a piece of metal that other machines can work on, over 800 milling operations are required, demanding nearly 11 hours of separate operations. That is intersected and followed by meticulous quality-control procedures with the last one taking a full day for each case. The five pushers, their components, and the crown of the Richard Mille RM 039 Tourbillon Aviation E6-B require 10 days of machining, during which they undergo numerous tests for water-resistance and quality control, followed by the manual brushing and polishing of the entire case. That’s about two weeks to produce one case. 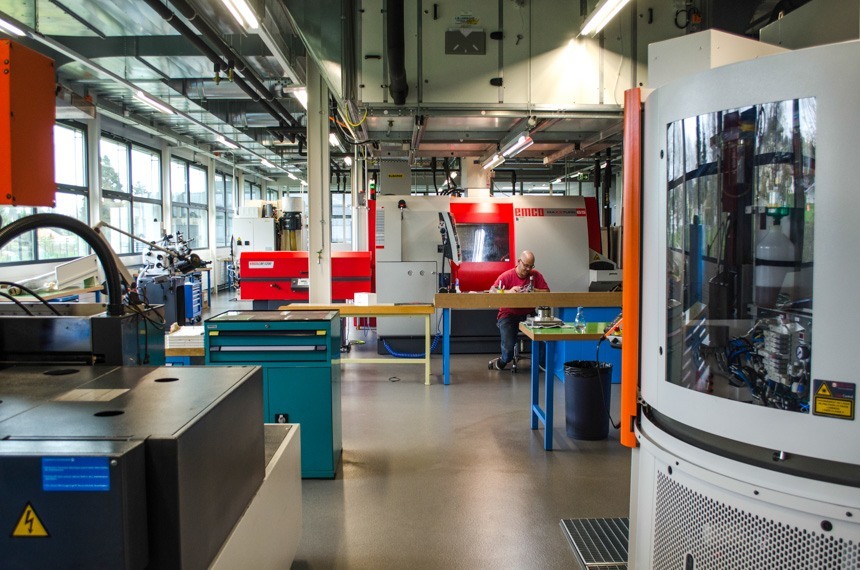 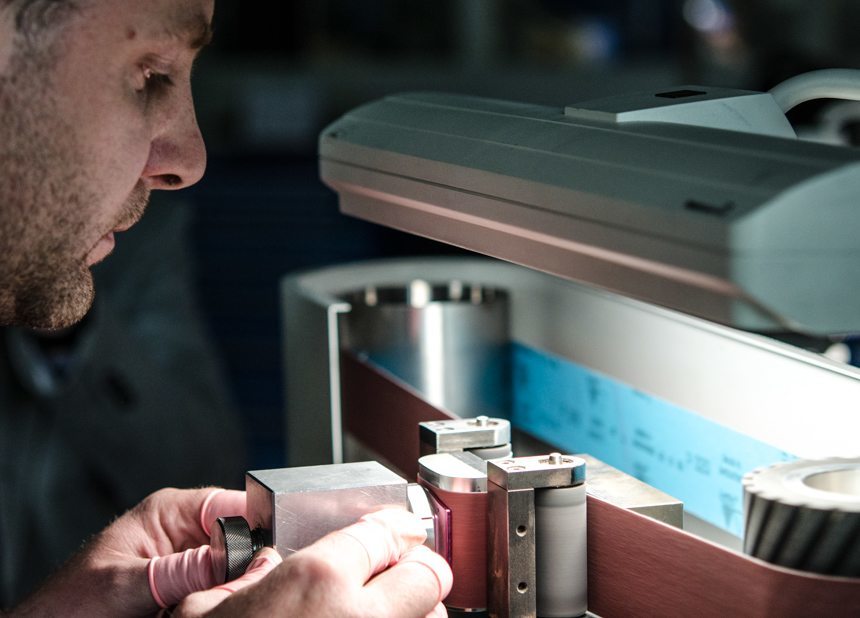 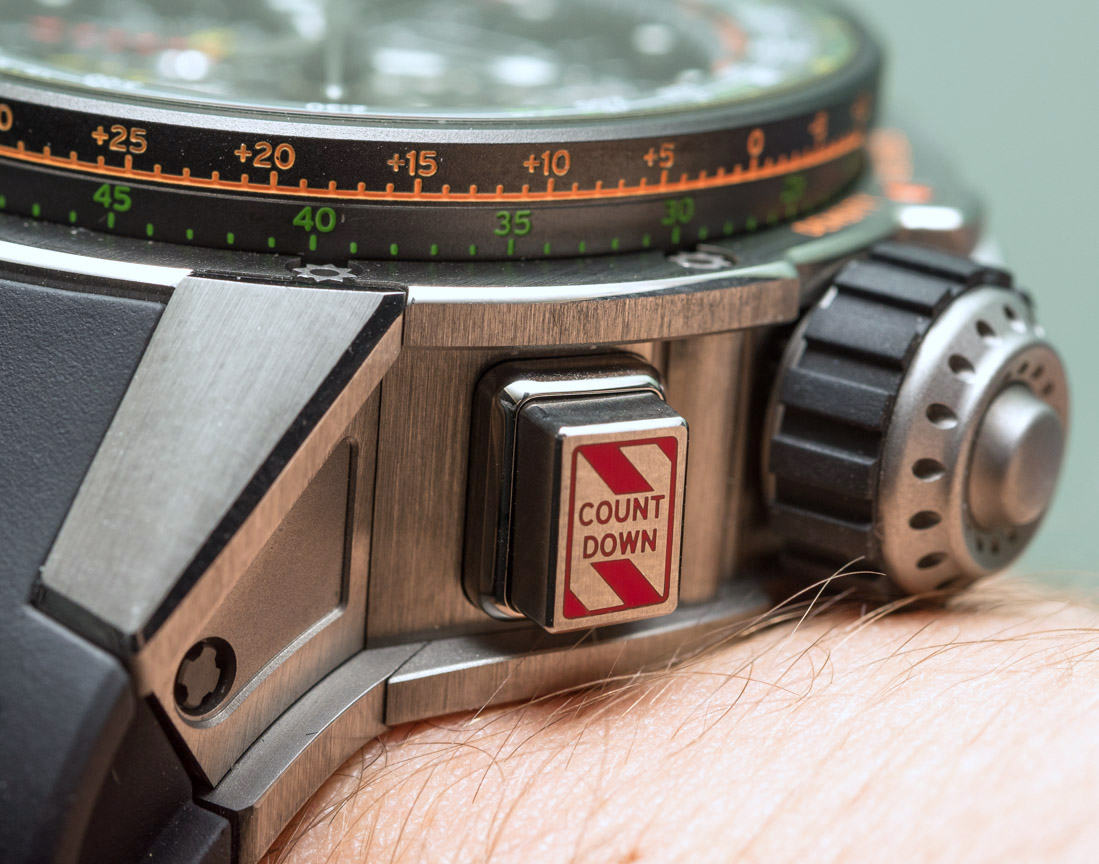 Richard Mille has its own case manufacture called ProArt that I visited here, but even with that capable handling of some of the brand’s extremely complex designs, there must be some suppliers needed to source the bezel, rubberized crown, and whatnot… And, since cost of manufacturing and final price has never been a limiting factor for a Richard Mille, they really can work with some of the best out there. It happens year after year with some of the quirkier mass-produced watch releases which require a special piece (maybe a special flange ring, pusher, crown, or weird logo), and said piece just stands out from the rest as the brand couldn’t find the right supplier. This is when said watches are called “a prototype” when we see it hands-on at its debut. 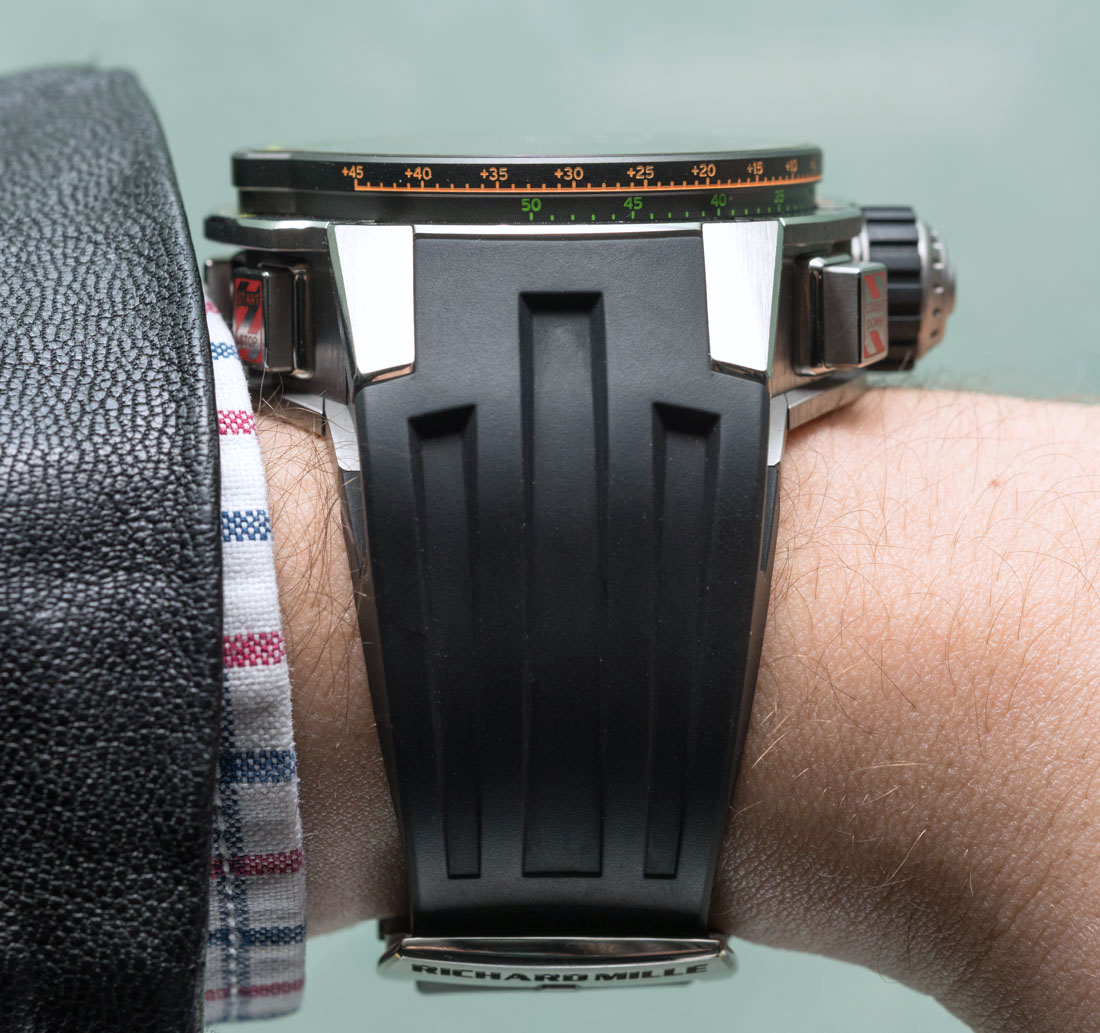 The RM 039 is not all looks and no performance either – it is, bar none, the single most comfortable large watch I have ever worn. Even if I had not looked at it, just the way it felt wrapping around the wrist was a joy and made it really quite hard for me to give it back – my other option was to part with my hard-earned, imaginary 1-million dollars. In all seriousness, while the case construction looks and feels like a million bucks (pun intended), I cannot accept that the overall shape and wearing comfort could not be replicated in watches offered for a lower price. On a side note, although I have said it before (and will say it again): the more a strap is integrated into the design of a case, the better chance a watch has to be comfortable on the wrist – and now, look at that super deep integration of the strap on the RM 039. Maxing out the wearing comfort is the fact that the Richard Mille RM 039 Tourbillon Aviation E6-B comes with a tang buckle, not a stupid-thick deployant clasp.