Romain Jerome Rock The Rock DNA For Only Watch 2011 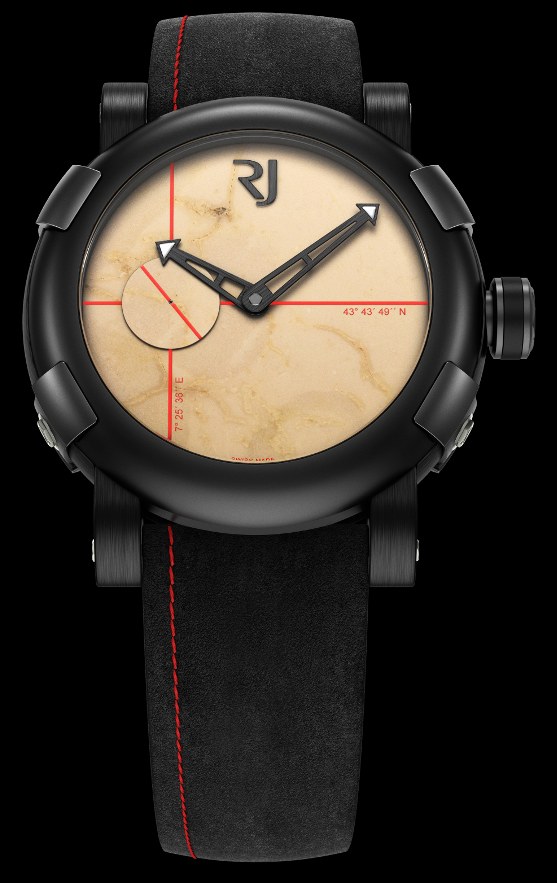 In honor of Monaco, the city that will host the Only Watch 2011 charity watch auction, participating brand Romain Jerome has come up with this special piece unique watch. The dial is a piece of rock based on the stone that Monaco was literally built on – they call it the “Rock the Rock DNA” watch. 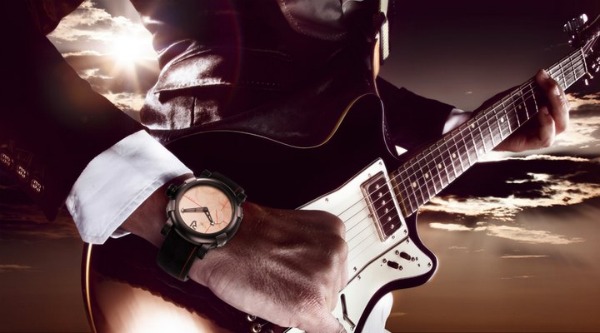 Based on the DNA style case, the watch has a black ceramic bezel and PVD black case. The dial has longitude and latitude indicators that likely mark the sport of the city (or where the stone was taken). The strap looks to be black alcantara leather. Overall this is actually a really cool looking timepieces. I love the black and tan color with red accents. Only one of these Rock the Rock DNA watches will be made and it will be auctioned off in September at Only Watch 2011. 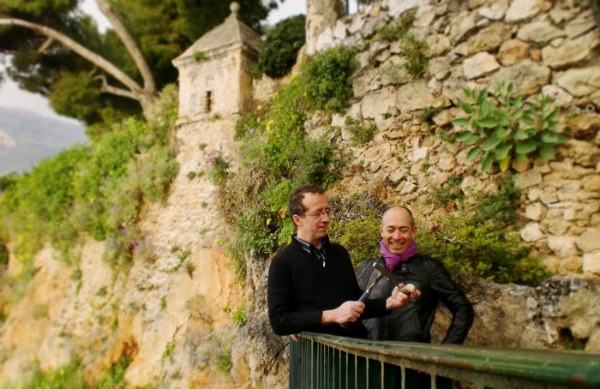 Dial: Composed of Monaco rock (west cliff) extracted on February 10th 2011 by Philippe Mondielli, geologist and scientific director of the Prince Albert II of Foundation, accompanied by Luc Pettavino, President of the Monaco Association Against Muscular Dystrophy. Two red transferred lines representing the latitude and the longitude of the exact geographical location of the principality of Monaco.

Strap: Black rolled-edge alcantara with red seam indicating the continuity of the longitude of the Principality of Monaco.