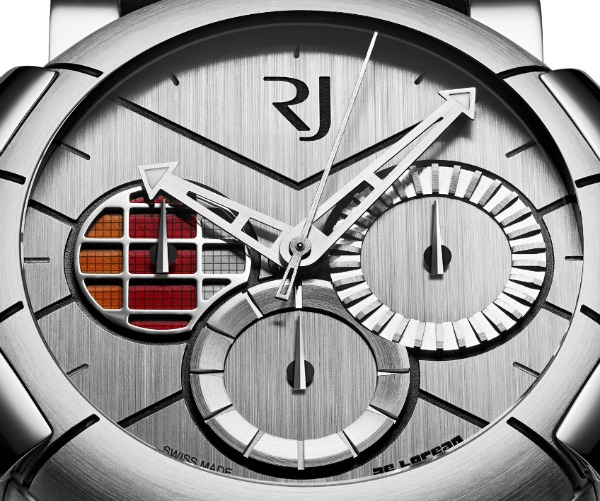 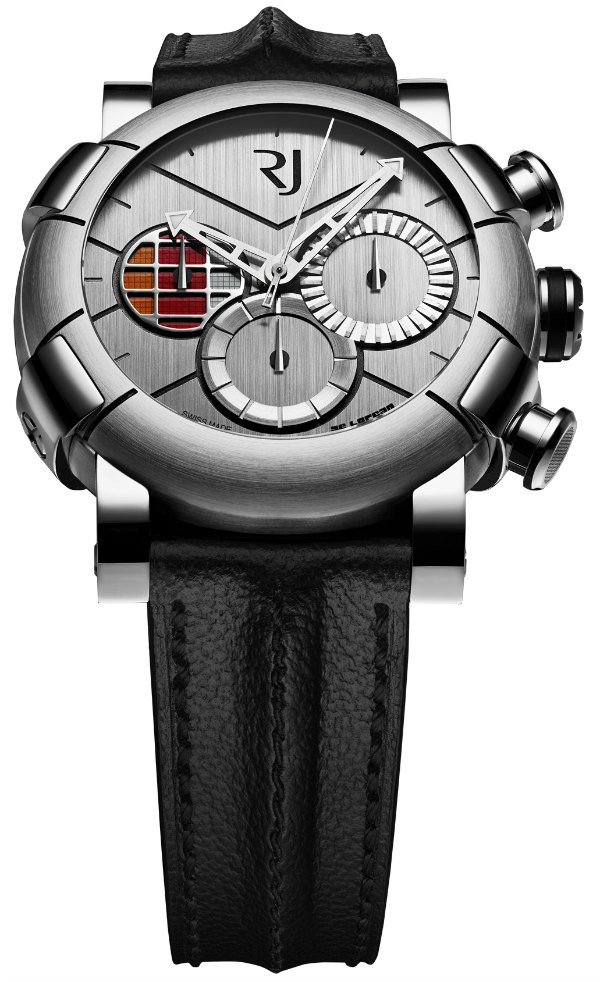 The DeLorean Motor Company (DMC) slogan was “Live the Dream.” That dream lasted from only 1981 to 1983, but left a huge impact on pop culture. Now a limited edition watch by Romain Jerome attempts to bring back some of the magic. In 1983, the famous government cocaine sting operation ended John DeLorean’s career and left the potential of the brand unrealized. Nevertheless, in 1985 Robert Zemekis’ Back to the Future film immortalized the now iconic car that is an enduring symbol of optimistic 1980’s futurism.

While Back to the Future gave the DMC-12 automobile model new life, it was not the only thing that made the car a sci-fi symbol (though being heralded by Hollywood as the suitable base for a kick-ass time machine can’t hurt at all). The DeLorean was to be a sports car ahead of its time. It featured a rear-engine layout and showy gull-wing doors. Of course, its most notable feature was the unpainted stainless steel body of the car. While the DeLorean didn’t invent these ideas, it did marry them together in a particularly satisfying way. It is a design that is still appealing today in a pleasantly dated way. 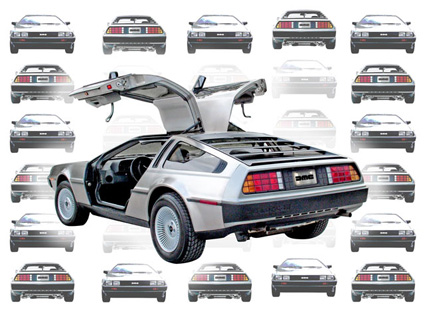 Today there are about 6,500 DeLorean DMC-12 cars still in the world. A company based in Texas owns the rights to the DeLorean name and maintains and restores the cars. There are rumors about something special in 2013, but more on that below. Today, you can buy a well-restored DeLorean starting at about $60,000. I’ve been lucky enough to see DeLorean cars driving on the road – though never any of the Back to the Future replica body kit models (which do exist).

A few years ago Romain Jerome shared with me that they were going to be doing a DeLorean DNA watch. I was super excited because it not only made sense given the “DNA” concept of the brand, but was also sure to be super cool. Finally, you could show off a luxury watch to people and explain to them the DeLorean connection, which might give them some frame of reference for appreciating the collectability of the piece. Anyhow here it is… 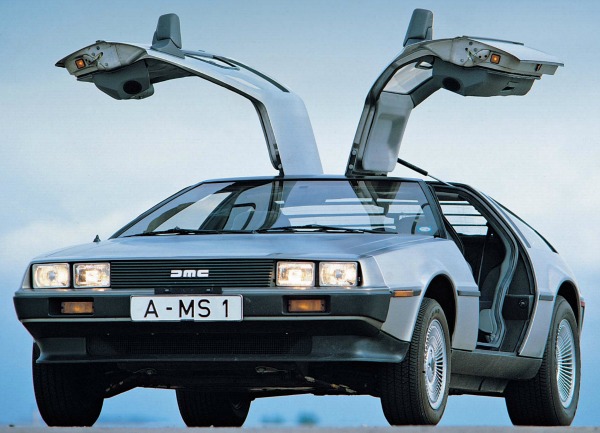 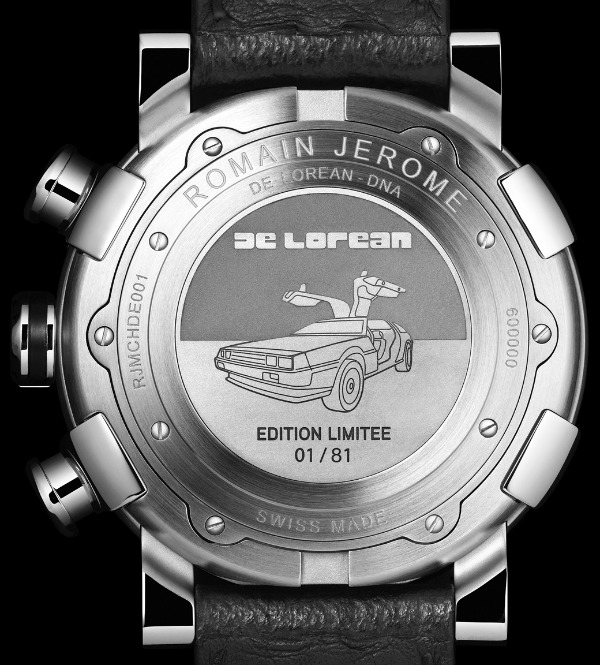 Let’s start by discussing the DeLorean DNA aspect of the watch. Each of the 81 pieces in the limited edition will have metal from an original DeLorean DMC-12 in the bezel of the watch. Of course the case is in stainless steel measuring 46mm wide. Design-wise, the watch does not inherently suggest the automobile in all aspects. However, the yellow, red and white “lights” in the subsidiary seconds dial are meant to suggest the car’s famous tail lights.

The dial is a rather fresh design that still feels very much like a Romain Jerome in concept. I wasn’t sure what to make of the dial at first because frankly – I wanted more DeLorean in there. At the same time I realized that RJ wanted to suggest the theme of the DeLorean in the watch design, not make it look like a DeLorean per se. The dial is in mostly brushed steel with black painted sections to suggest the seams of the car’s body panels. On the rear of the watch is a caseback plate that features an engraving of the DeLorean DMC-12 car with the gull wing doors open. 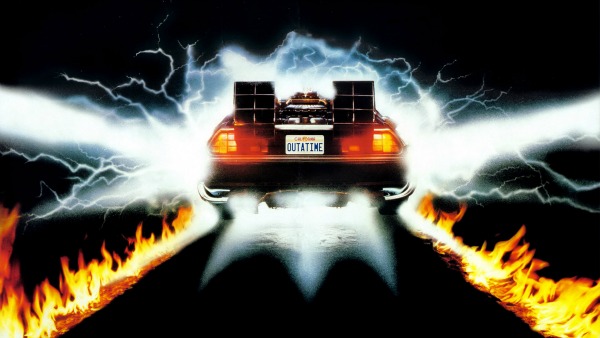 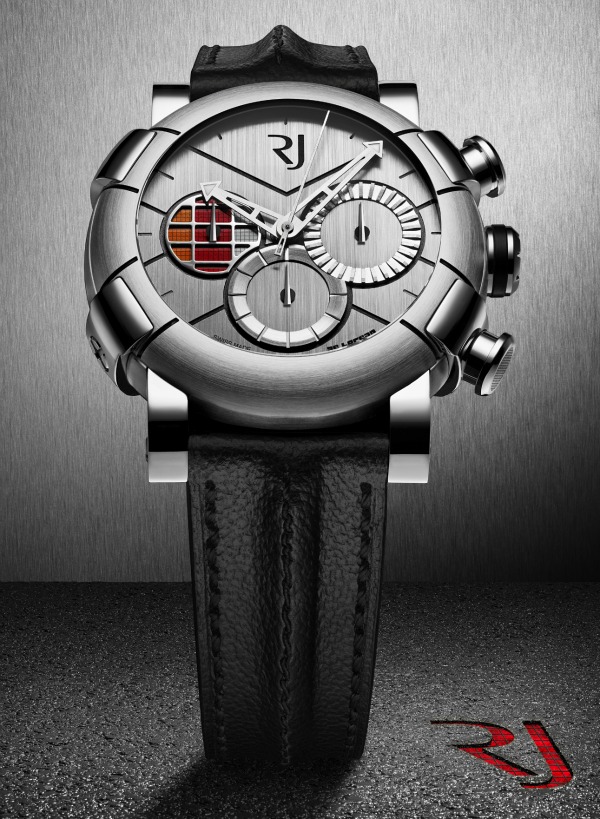 Inside the Romain Jerome DeLorean DNA watch is a Swiss mechanical automatic caliber RJ001-CH movement. It is a base Concepto and offers the time and 12 hour chronograph. Not the easiest chronograph in the world to use given that you need to count the markers on the subdials to read how long you’ve timed. An acceptable sacrifice given the design. I actually wondered why Romain Jerome didn’t use more inspiration from the DMC-12’s actual instrument cluster. Actually it seems that the car’s instrument cluster is rather utilitarian and looks to be inspired by an aircraft cockpit – there’s already enough watches that use cockpit gauges as inspiration.

Attached to the watch is an “upholstery” black leather strap with gray stitching. It is meant to resemble the seats in the car. Romain Jerome will produce just 81 pieces in the limited edition DeLorean DNA watch collection (as a testament to 1981, the year the car debuted). The watch will be priced at $15,900. What is next for DeLorean? The now Texas-based brand has confirmed that it will be releasing electric-powered versions of the car in 2013. 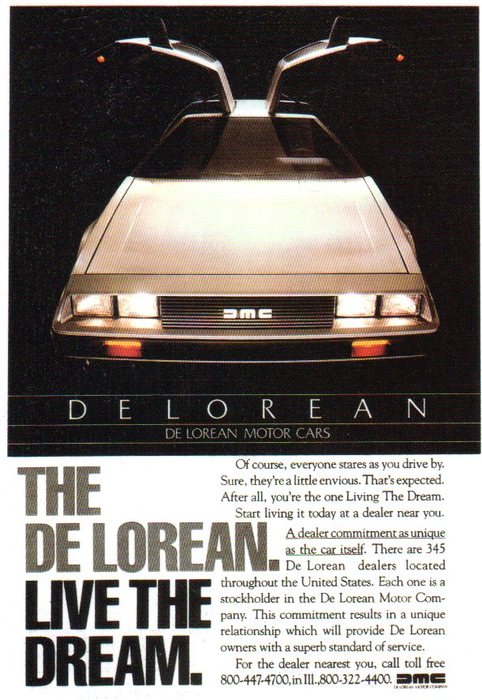 « DeLorean-DNA » medallion engraved on the case back