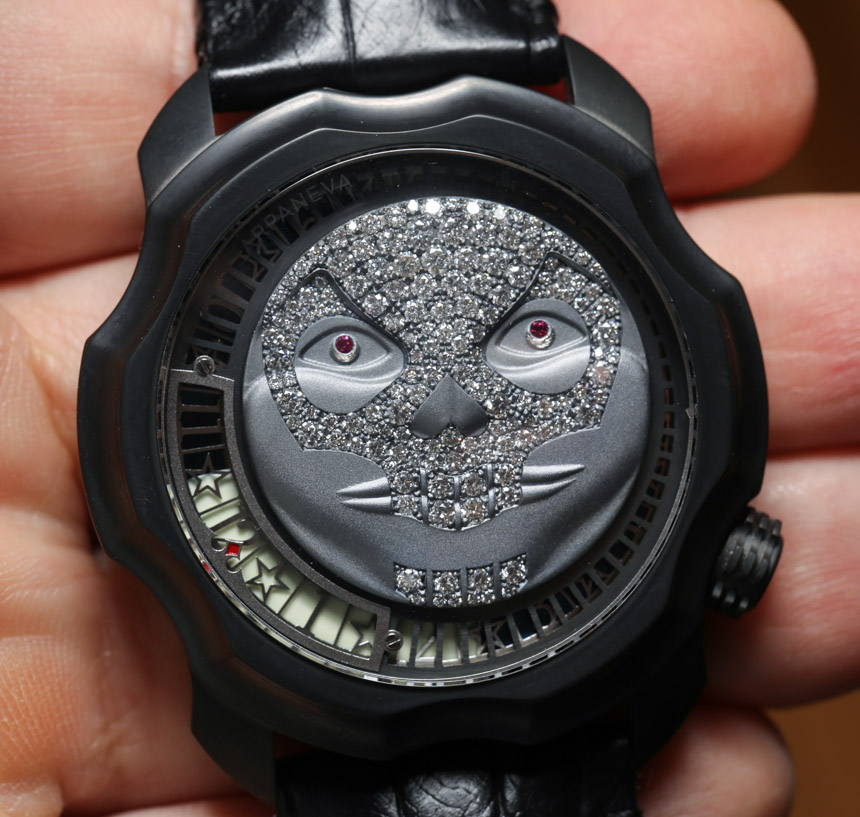 When buying high-end watches from small, independent watchmakers, you are buying the personality of the watchmaker as much as you are the watch. Like art, an investment in a boutique and perhaps one-of-a-kind watch is primarily emotional before it is practical. However, how often is it that you find the watchmaker’s face on the watch itself? The Sarpaneva Woodoo is one such example… and we also happen to think it is a cool watch for Halloween today.

Quite literally, Finnish Stepan Sarpaneva’s face is on the dial of the piece unique Woodoo watch. This individually made watch is based on the Sarpaneva Korona Moonshine that came out a few years ago. What Stepan did is overlay a diamond-studded skull mask over the face of the grimacing moon. The face is loosely based on Stepan’s own face – and if it isn’t, then it seems all too convenient. That’s actually him below modeling off the face paint inspiration. What followed was probably a hell of a night for Mr. Sarpaneva. 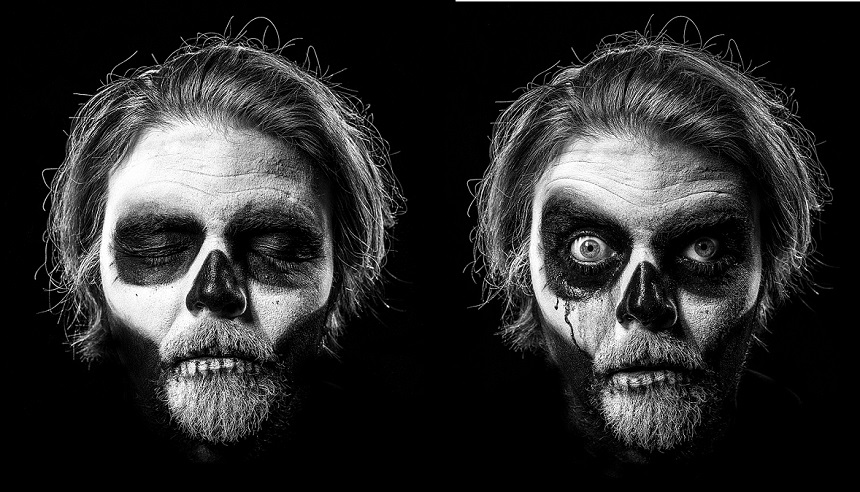 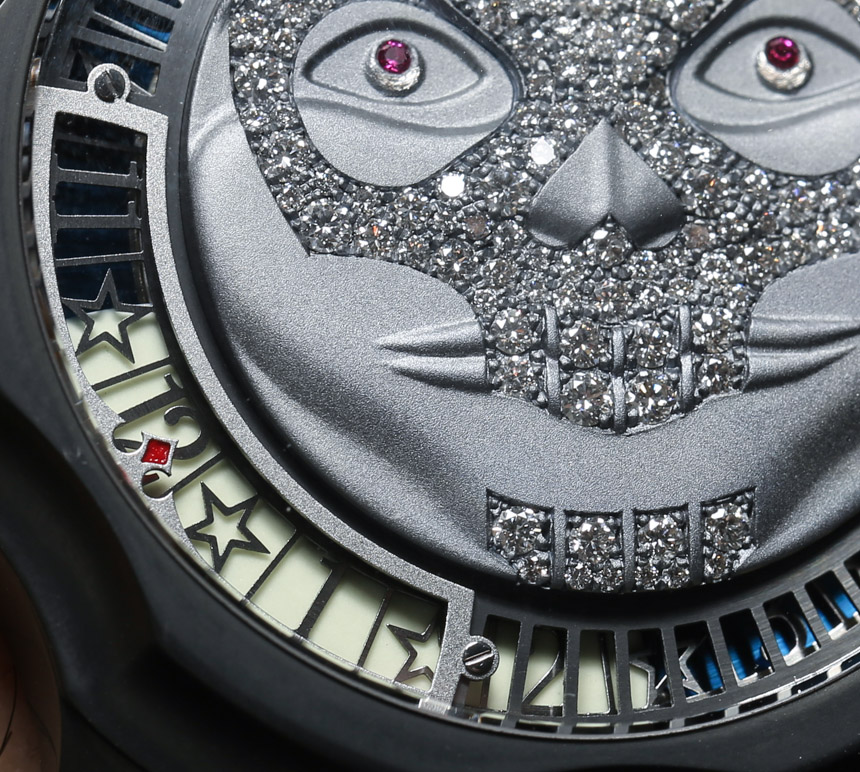 Sarpaneva likes to tie all this together with local Finland lore and heritage. While I don’t think it occurs in Helsinki where the brand is based, according the Sapraneva, in northern Finland during the winter in November, the sun sets for a full 51 days under the horizon before showing itself again. Yes, it is true that such natural occurrences are known to make people go mad (and often kill themselves or one another), but perhaps they are also good reasons to make a watch. When the sun is down, the moon is there however…

What really put Sarpaneva on the map are his moon-phase watches that use his character-rich moon face. They are so distinctive that MB&F collaborated with Sarpaneva on the HM3 MoonMachine collection. The Korona Moonshine and now the Woodoo do have moon phase indicators, but not in the standard way. Rather, they focus on a large image of the moon face which Sarpaneva is known for. Time is told on a single moving disc and read via an indicator in a window at 8 o’clock. This is analogous to a single hand watch in terms of how the time is read.