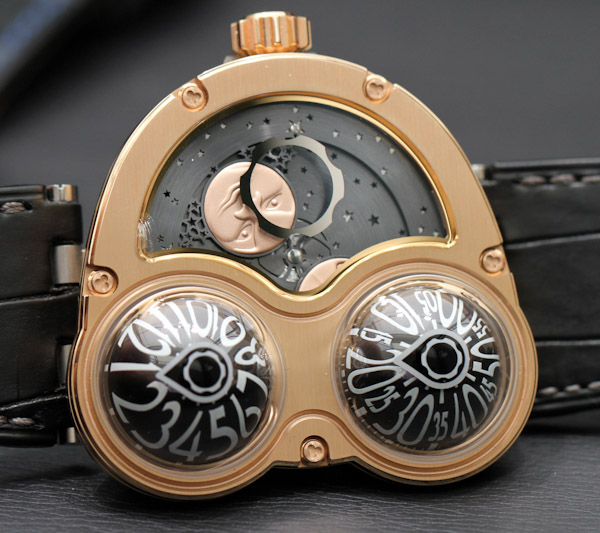 This is the latest MB&F watch to be produced in cooperation with another watchmaker. Past pieces included this HM2.2 Black Box watch done with French Alain Silberstein. For the HM3 MoonMachine, MB&F selected to work with Finnish Stepan Sarpaneva; his eponymous brand is Sarpaneva. The HM3 MoonMachine is a real hybrid between the design of both MB&F and Sarpaneva.

Sarpaneva has become known as the moon phase watch brand. I don’t always know if Sarpaneva wished for this, but the grimacing face on his moon phase indicators has become very synonymous with the brand. It therefore makes sense that in any collaboration he does, the eye-catching face be a large part of the design. Before starting his own brand, Sarpaneva worked with such greats as Christophe Claret, Piaget, and Vianney Halter (among others). He is really almost a lone operation, making his watches by hand in Helsinki. 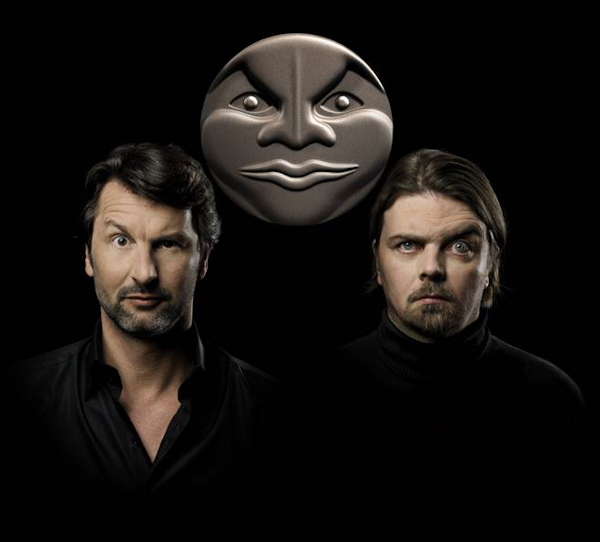 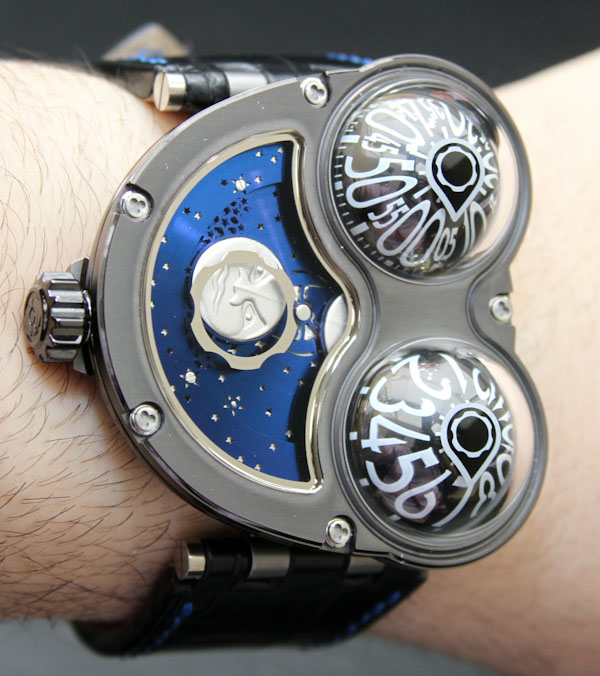 Together Max Busser and Stepan Sarpaneva selected the HM3 Frog to serve as the base of the new limited edition watch. You can see one of my several hands-on articles with an HM3 Frog watch here. The Frog was a revised version of the original HM3 with more “eye-like” hour and minute indicators. One notable difference for the “eyes” is the inclusion of an iconic Sarpaneva shape taken from his watch cases. You can see the gear-like shape in the center of the “eye domes”.

Sarpaneva revised the date wheel mechanism on the HM3 to insert the moon phase. I believe it required the formation of a new disc which rather than having a 31 day cycle, would have an approximately 29.5 day cycle (the lunar cycle). It is a clever way of integrating a moon phase indicator into a watch without modifying the movement too much. Sarpaneva actually does this with the Soprod movements he uses in his own watches. 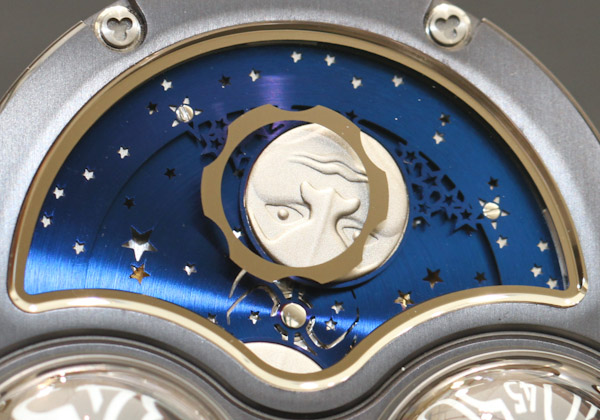 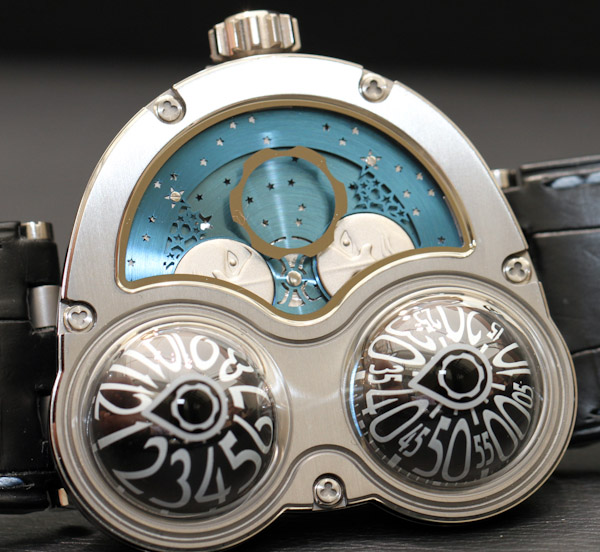 Inside the HM3 MoonMachine is a base Girard-Perregaux movement that has of course been modified for this purpose. The movement is an automatic, and in this case has a “sky style” 22k gold automatic rotor that is seen behind the moon phase disc. This “celestial” background disc comes in different colors depending on the MoonMachine model (of which there are three). The most beautiful ones in my opinion are those which are blued. Little stars are cut into the parts and they look really nice. MB&F did a good job of integrating a Sarpaneva theme while very much keeping intact the MB&F DNA in the MoonMachine. 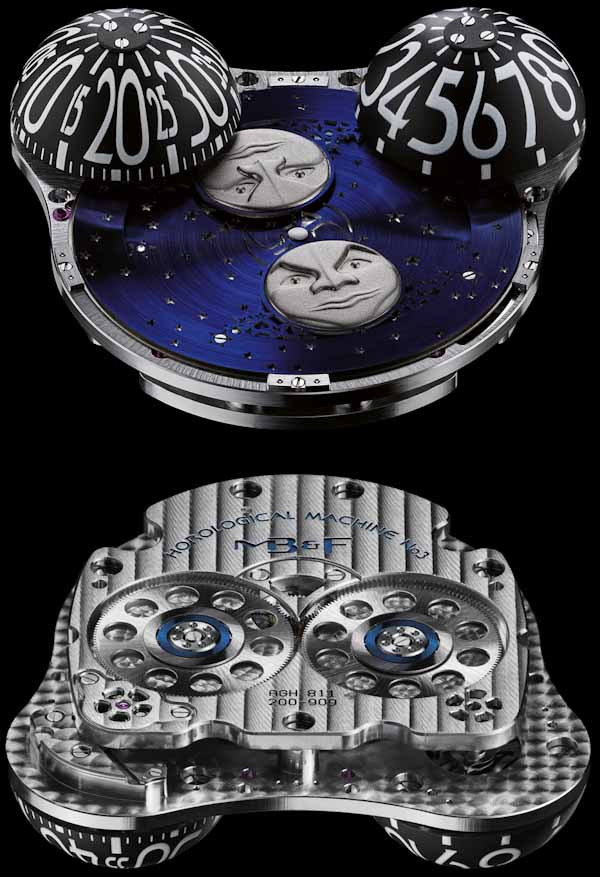 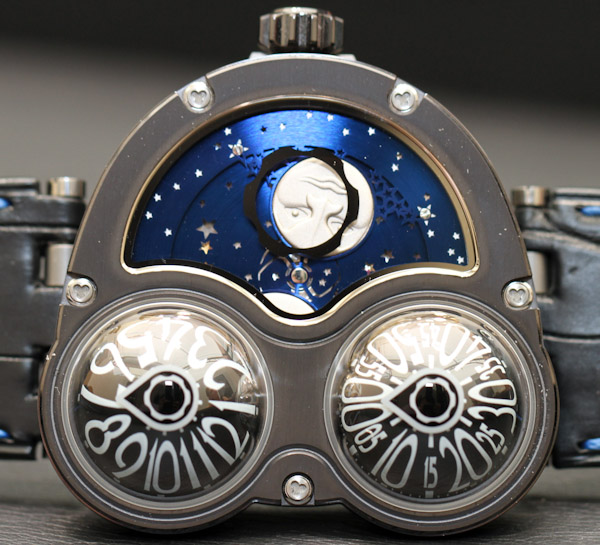 MOONMACHINE is based on a specially configured HM3 Frog and the moon complication was imagined, designed and created by Stepan Sarpaneva. It is available in three limited editions of 18 pieces each.

Powered by a Girard-Perregaux base, modified by Stepan Sarpaneva

Number of jewels: 36 (all functional)

Hour on one dome (aluminum dome rotating in 12 hours)

Domes and both display backs with anti-reflective treatment on both faces.