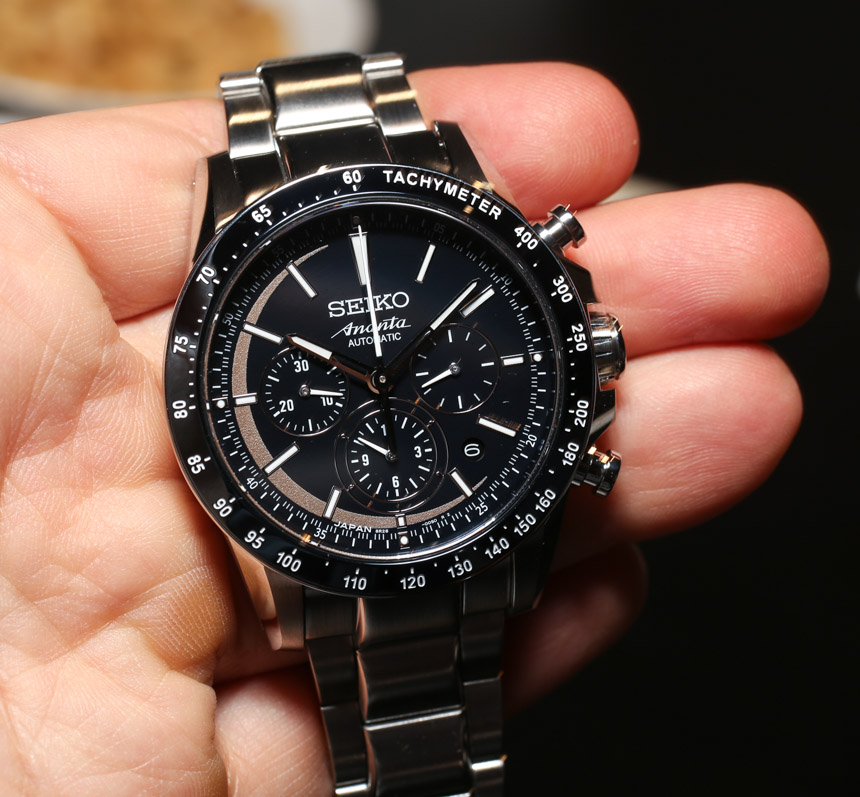 For 2013, the newest Ananta watch is this limited edition SRQ017 100th Anniversary Chronograph. Back in 2009 I went to visit the various Seiko manufacture locations in Japan. One thing that I really learned was the difference between mainstream and luxury Seiko watches (which I discussed at length here). I also happened to be there for the launch of the Ananta collection of timepieces. Over the years the Ananta has evolved, and actually become less distinct as a result. I happened to like its larger than life, katana-inspired case and design, which remains part of the Ananta but has been scaled back quite a bit. Check out of instance our 2010 post on Seiko Ananta Automatic watches here.

Ananta was more than just a new collection for Seiko but the first globally-sold high-end Seiko watch. This was even before Seiko decided to sell its prized Grand Seiko collection on a more global basis a few years later in about 2011. Ananta was a midway watch between Seiko’s nicer watches and the really nice Grand Seiko. Ananta initially came equipped with both in-house made mechanical movements as well as Seiko Spring Drive movements. Seiko has since made the decision to keep Spring Drive for Grand Seiko exclusively. 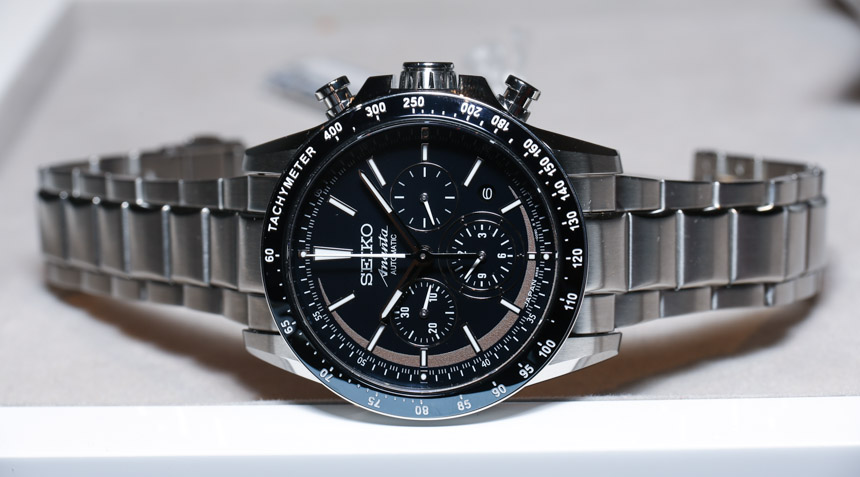 Over the years since the 2009 release of the Seiko Ananta, Seiko hasn’t given the collection a ton of attention. New Seiko Ananta watches are almost exclusively limited edition models. In 2011 there was the limited edition Ananta Urushi Diver (hands-on here), and for 2012 there were a pair of Seiko Ananta Urushi limited edition (hands-on here). These pieces were nice, but not revolutionary. The Seiko Ananta collection didn’t prove to be as inviting to the mass market as Seiko perhaps hoped. The issue of course being that it still required an education to appreciate what Seiko had to offer in the high-end department. People like me and perhaps you totally enjoy it, but it’s trying, explaining to your average Rolex wearer why they might want to add a Seiko to their collection – no matter how awesome it may be.

It isn’t that Rolex and Seiko make the same product. That isn’t true at all, but rather that Seiko genuinely does offer some excellent watches worthy of your $1,000 – $10,000 timepieces investments. So, let’s take a look at this new Ananta. First of all, as a limited edition it is also meant to celebrate Seiko’s 100th Anniversary. At 42.8mm wide the steel case is nicely polished and attractive. It still has some of the original Ananta style based on Japanese swords, but isn’t nearly as wild. As I said above, that is a shame. Even though Seiko made a much more conservative product, they removed some of the soul of the brand. Yes conservative means more buyers, but doesn’t Seiko have enough conservative pieces (i.e. Grand Seiko)? 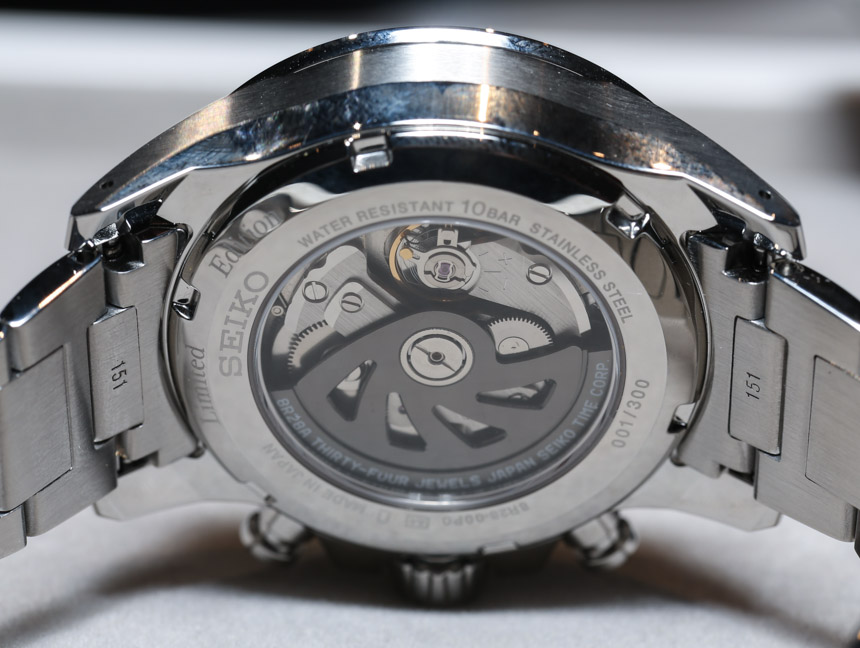