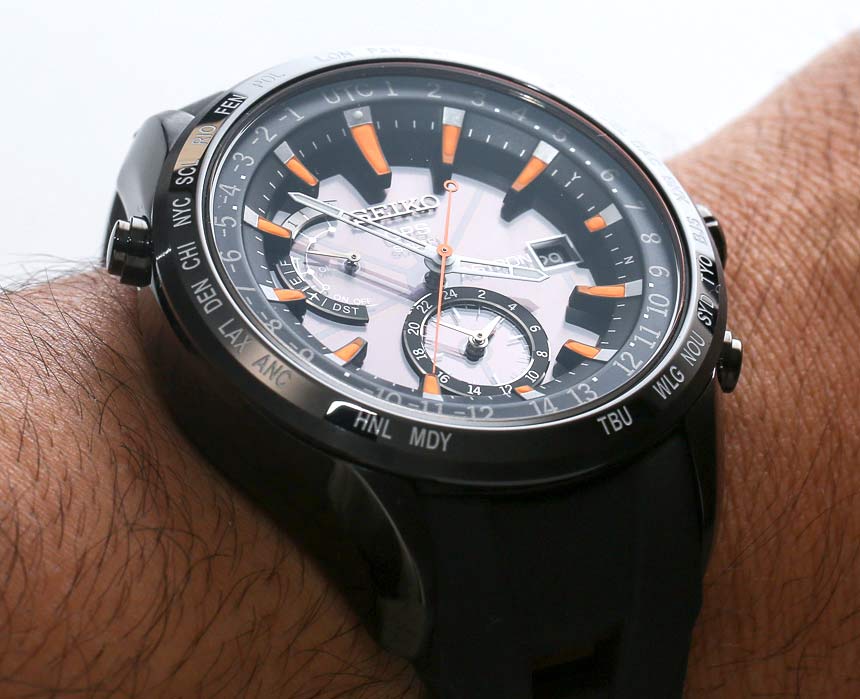 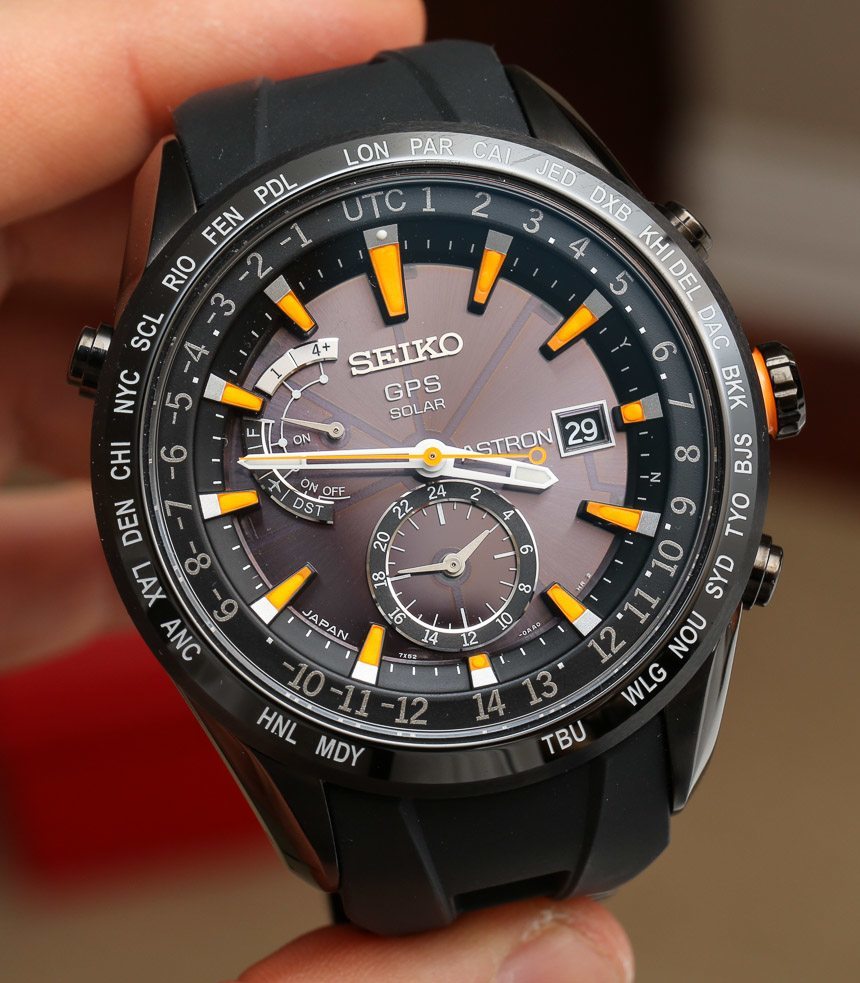 During my travels over the last year or so, I have seen the Seiko Astron watch pop up a lot. As many know it is the name Seiko has offered to their new “Solar GPS” collection and is borrowed from the first event quartz watch released by Seiko in 1969. The Astron is especially popular in advertisements at airports, where various models in the collection are promoted to just the type of people Seiko is looking to attract with this high-end quartz satellite-controlled timepiece. In 2012, aBlogtoWatch offered the first hands-on look at the new Seiko Astron Solar GPS watch here, and now we finally bring you a review based on a lot of real-world travel experience with the Seiko Astron Solar GPS.

We’ve written about the evolving Seiko Astron collection on aBlogtoWatch for a while now, and you probably know that for 2014, the famed Japanese watch maker added a new Seiko Astron Chronograph version, that actually sports a smaller case. Nevertheless, the core functionality of the Astron is going to be similar, and I think it is important to discuss what it is like to live and travel with a GPS-powered timepiece. In fact, in this review I hope to answer two questions; first, how does the Seiko Astron Solar GPS watch fit into the competition of satellite-controlled watches from competitors Citizen and Casio… and does a GPS watch live up to its promise of being a go-anywhere travel watch? 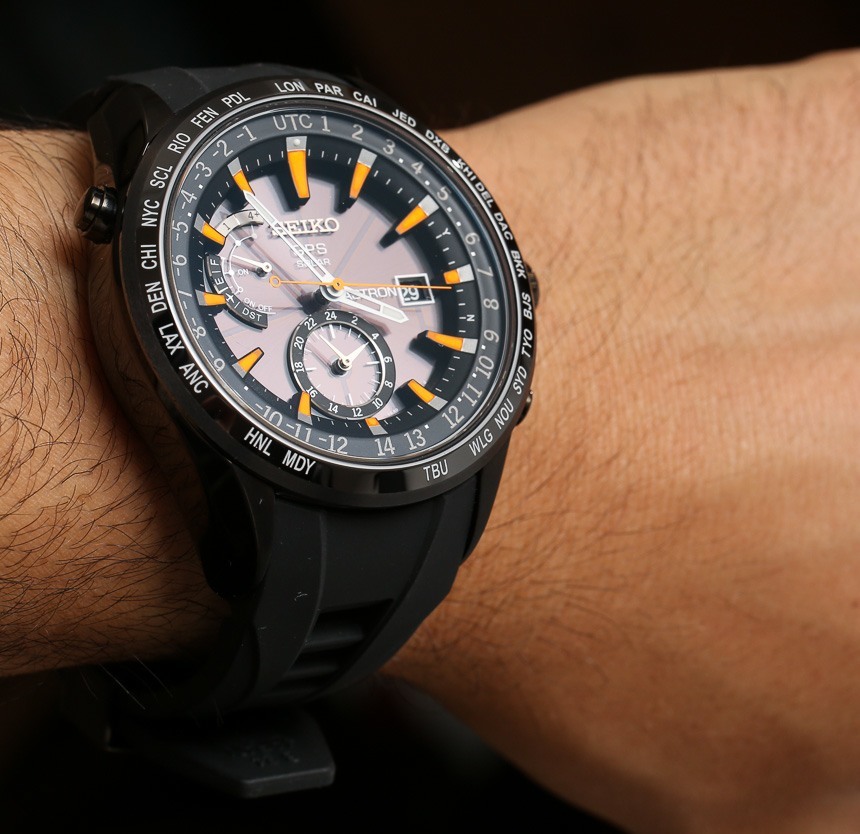 My first adventure with the Seiko Astron (this happens to be the ref. SAST025) was wearing it while traveling to Hawaii. Why Hawaii? Well, in addition to it being a rather decent place to go, it is a location in the United States not covered by the radio signals emitted from the atomic clock in Colorado. What watches like the Astron seek to do is offer global coverage to those looking for a watch that will update itself with the correct time. The alternative are “atomic clock controlled” watches that receive signals from one of the six or so atomic clocks around the globe (depending on where you are). However, if you aren’t in a place that receives signals from those clocks, your watch is simply as accurate as any other quartz watch, which is about 15 or seconds per a month.

While the base Japanese quartz caliber 7X52 movement in the Astron is only as accurate as most other decently made quartz movements, this watch can update itself with the most accurate time available. That is because it can receive not radio signals, but satellite signals from the many GPS satellites revolving around the earth–that themselves are updated by atomic clocks. So, the key here is that the watch regularly updates itself to be not only accurate, but also accurate given the location you are in the world. 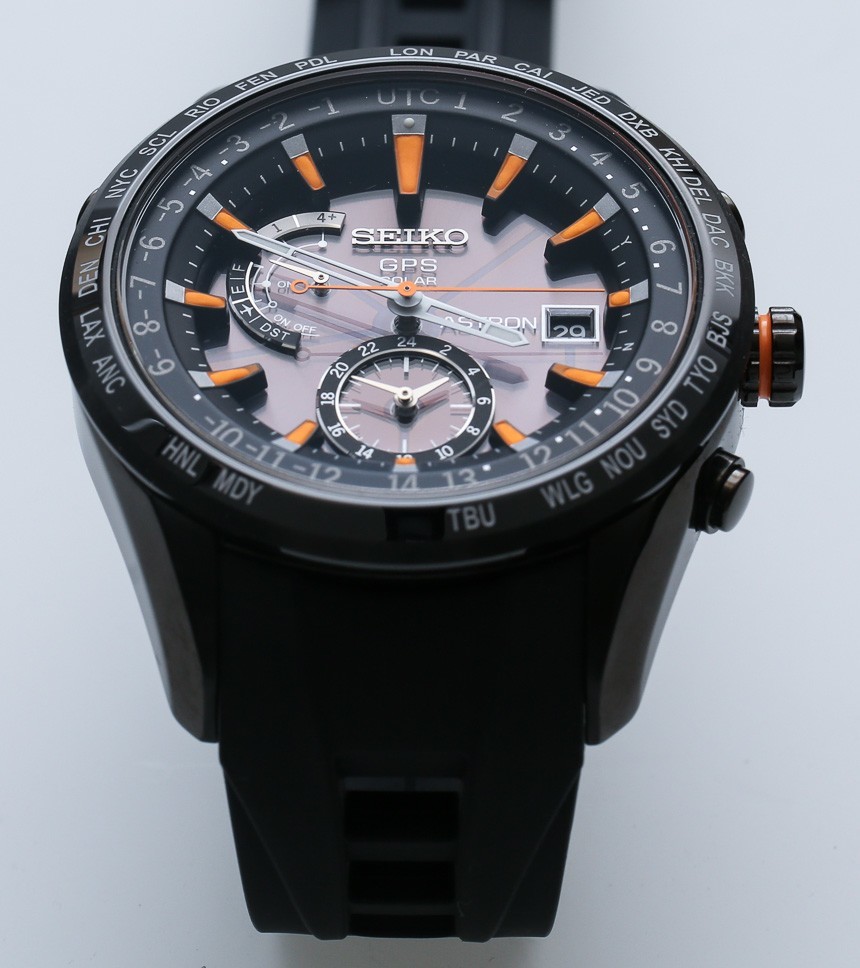 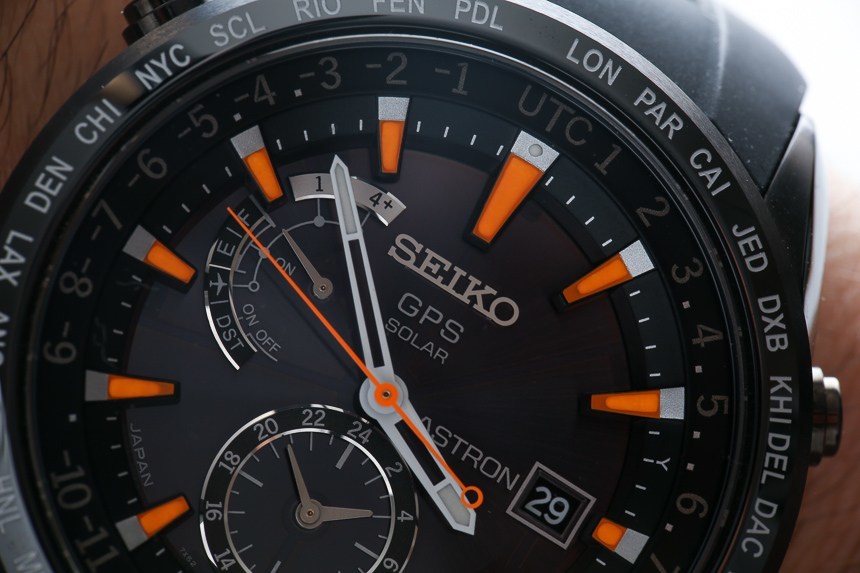 This is a key area of importance because not all GPS watches are able to update your time and location. Citizen’s GPS watches (such as the new Satellite Wave F100) for example are able to get the correct time, but aren’t able to tell you where you are in the world. It is really a design decision and there are trade-offs such as size, battery power etc…. Having said that, as a “Seiko Solar” watch, the Astron gets power from light, so battery changes aren’t required–which is really helpful, given that it purpose is to be ever-reliable. Overall, there are two main benefits to the Astron that people may take for granted but not all GPS watches have: First, the ability to update the watch’s time and location, and second, the ability for it to automatically update the time.

The Seiko Astron Solar GPS watch receives satellite signals much like older “atomic clock watches” received radio signals–insofar that you more-or-less need to be outside, and with the Astron, also have line-of-sight to the sky. That means if you are indoors or in a covered area you very may well have reception issues. In fact, with atomic clock watches, I’ve suffered for years with reception issues, especially in big cities. So much so, that when I first learned of the Astron and similar GPS watches, I was highly skeptical of their ability to consistently connect with satellites. It wasn’t until I was able to review one that I found out… 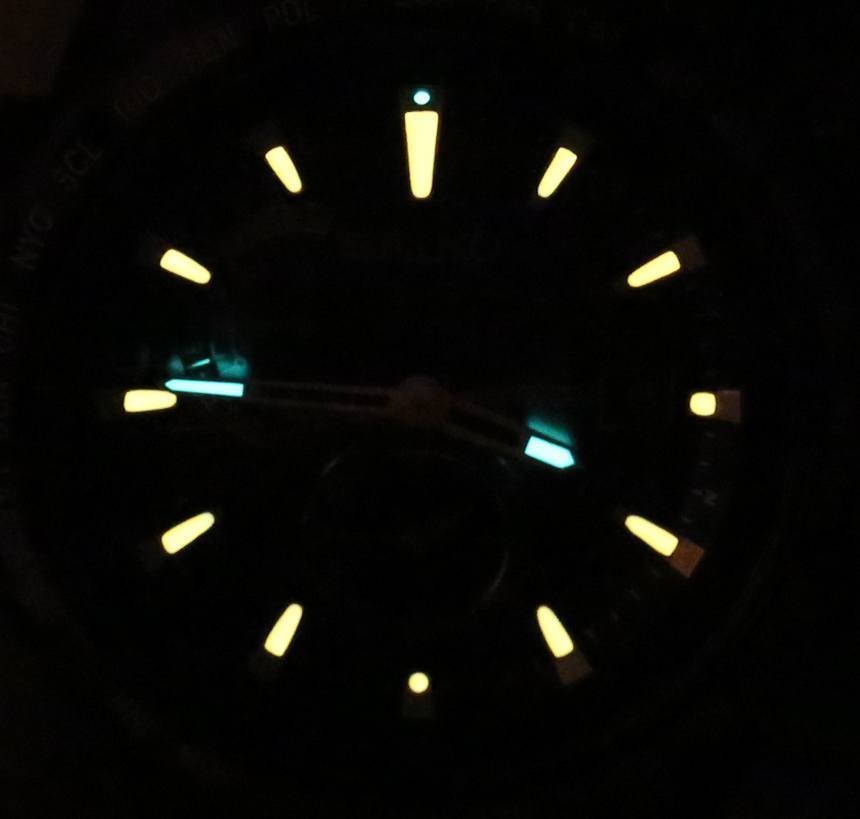