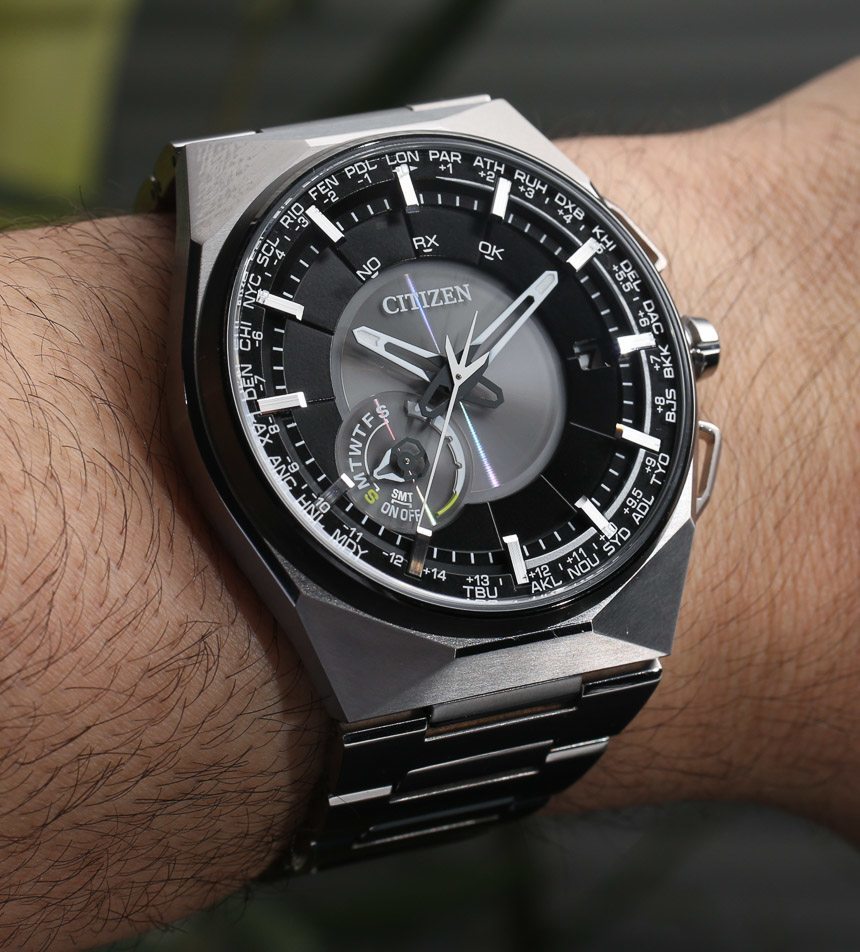 New for 2014, Citizen watches releases yet another new collection of GPS watches that sync with global positioning satellites to indicate the correct time anywhere you are in the world. This newest evolution is the best looking yet, and I think they have hit upon an excellent mix of functionality and design with the Eco-Drive Satellite Wave F100.

For Citizen, their modern GPS watch collection began in 2011 with the release of the original Satellite Wave (hands-on here). In 2013 Citizen followed up with the more practical Satellite Wave-Air (which actually gets some brand new designs for 2014), and this year we see the very interesting Satellite Wave F100 with a relatively thin and very light titanium case. 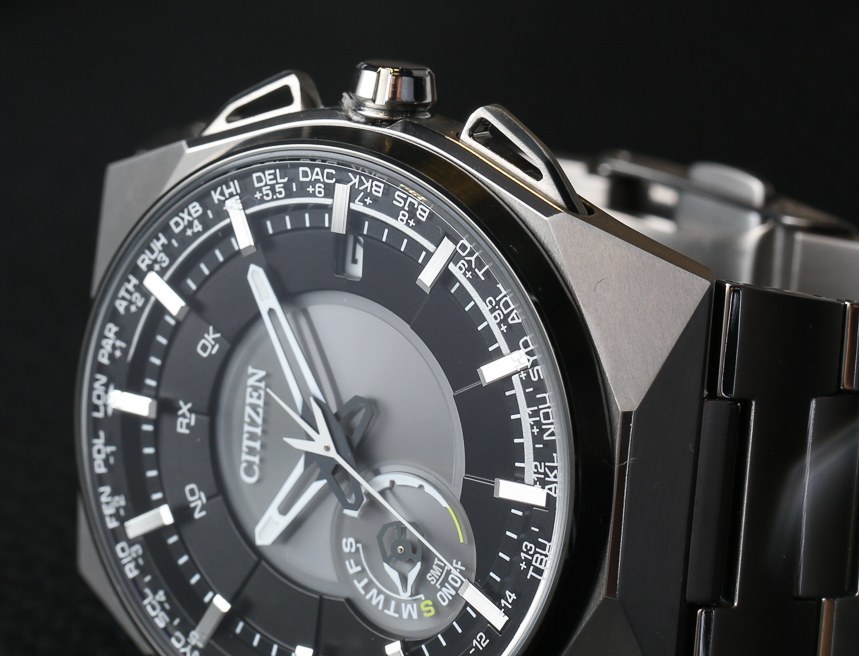 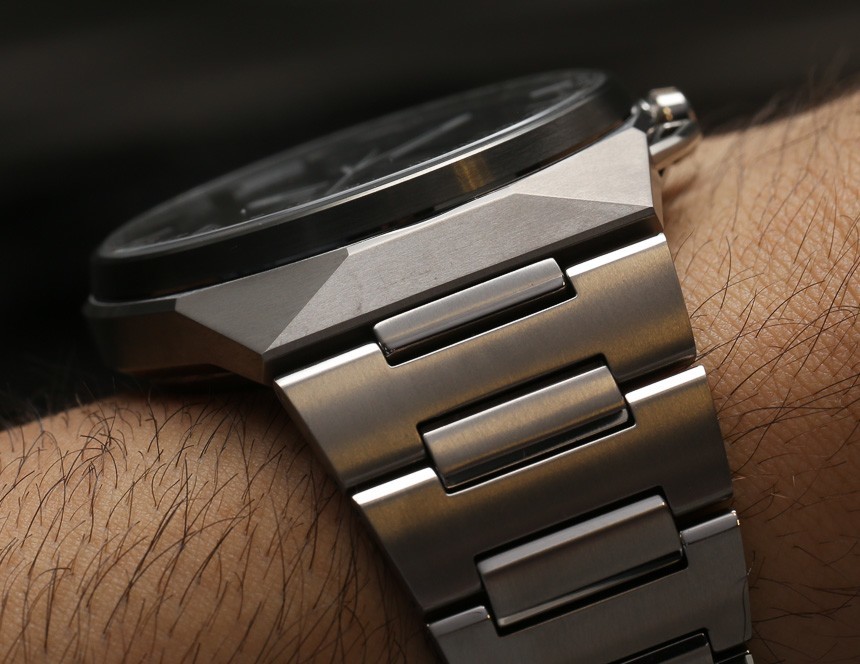 Currently the big three Japanese watchmakers (Citizen, Casio, and Seiko) each have timepieces that offer the ability to directly connect to GPS satellites in order to receive the correct time. It is very important to note that each of these watches act differently. Further, in addition to each having a very different design, the various models each have their respective pluses and minuses.

Casio is perhaps the newest entrant into this area with the 2014 G-Shock GPW1000. Casio’s focus was on throwing in every possible feature into what is admittedly a very impressive, albeit rather large timepiece. It combines both GPS and the more traditional atomic clock radio syncing–and according to Casio, is able to not only tell you what timezone you are in, but automatically adjust daylight saving time. 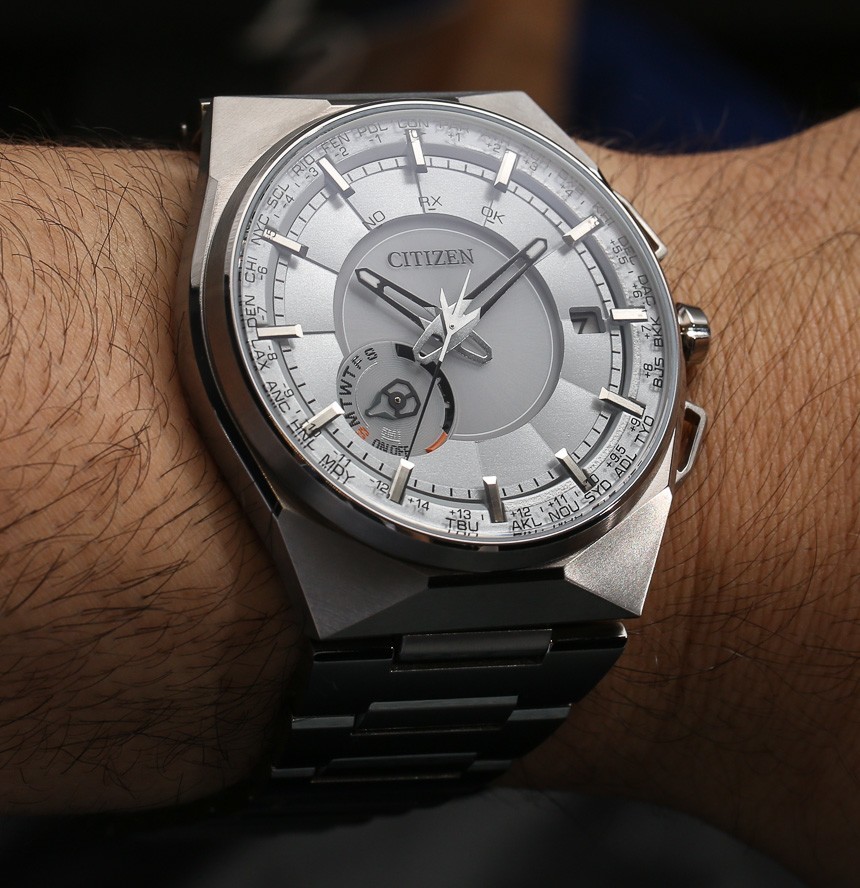 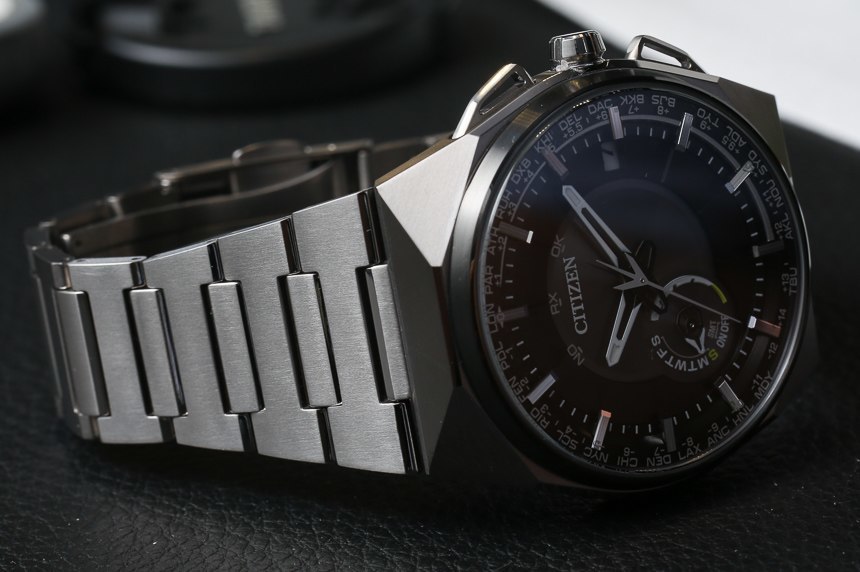 Citizen’s main competitor in the market is probably the Seiko Astron, which was originally released in 2012. Both Seiko and Citizen are looking to appeal to a more sophisticated person who wants to use their watch as a regular travel item or for daily wear. Each is impressive and while the Astron is able to indicate the time zone (it does not automatically adjust for DST), it is currently a much larger watch than the Satellite Wave F100. Though each is very nice in their own right.

What Citizen claims to have on both Casio and Seiko is speed. They claim that while one needs determine their own time zone location and adjust for DST, the Satellite Wave F100 requires on average only three seconds to connect with a satellite and update the time–no matter where you are in the world (but you should have line-of-sight to the sky). 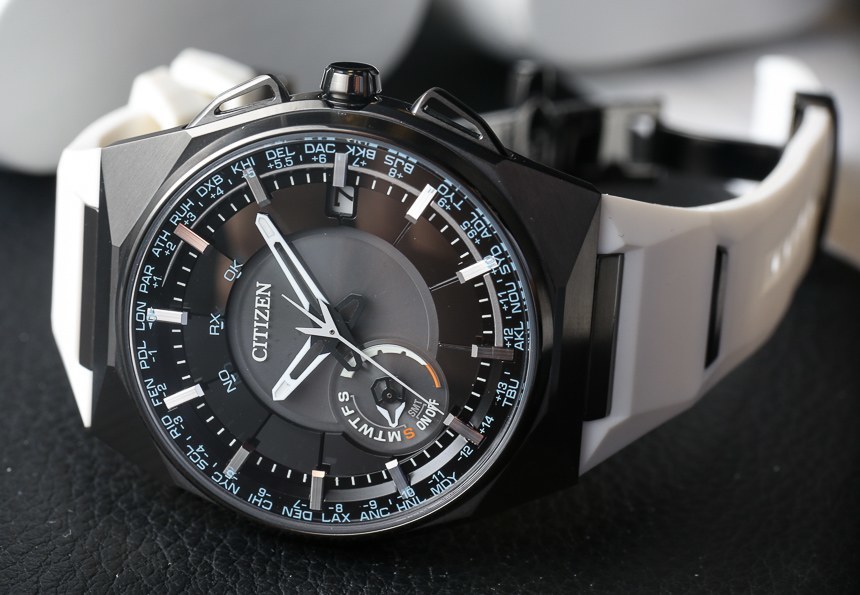