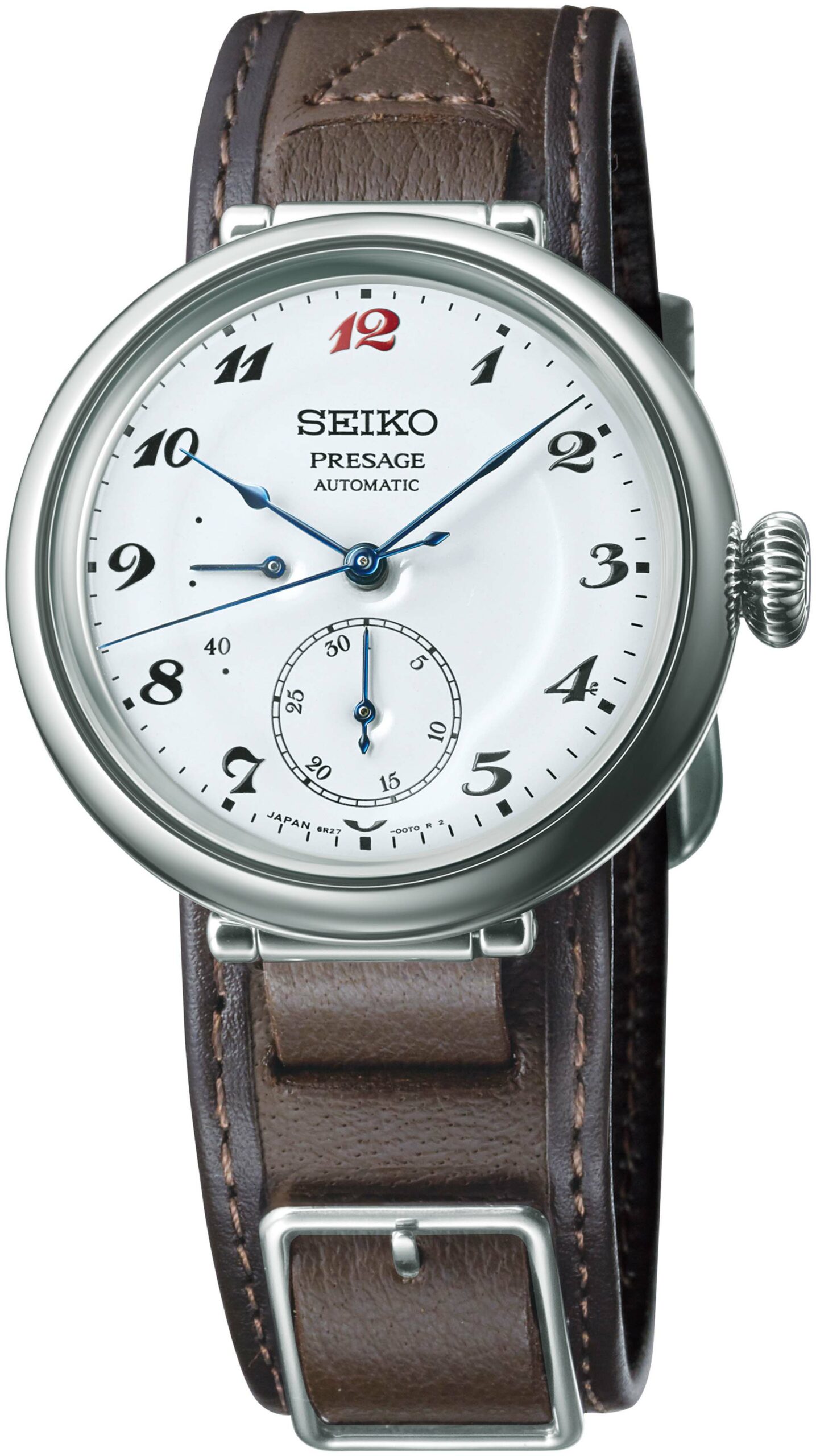 To celebrate the 110th anniversary of its very first wristwatch, Seiko has released a new addition to the Presage collection that reimagines the brand’s famous inaugural model from 1913. Although Seiko’s history dates all the way back to 1881, when the company was first founded, pocket watches were still very much the standard. The first Seiko wristwatch actually didn’t make an appearance for more than three decades. Known as the Laurel, the pioneering model isn’t just Seiko’s first-ever wristwatch, but rather it also holds the distinction of being Japan’s very first wristwatch. To celebrate the landmark anniversary of this important model and the official start of Japanese wristwatches, Seiko will be releasing a series of commemorative pieces, with the first one being the Seiko Watchmaking 110th Anniversary Seiko Presage Limited Edition SPB359. While the new model faithfully recreates the core design of the original 1913 Laurel, it features a few contemporary updates and is built using modern materials and manufacturing techniques, bringing Seiko’s first-ever wristwatch straight into the modern era. 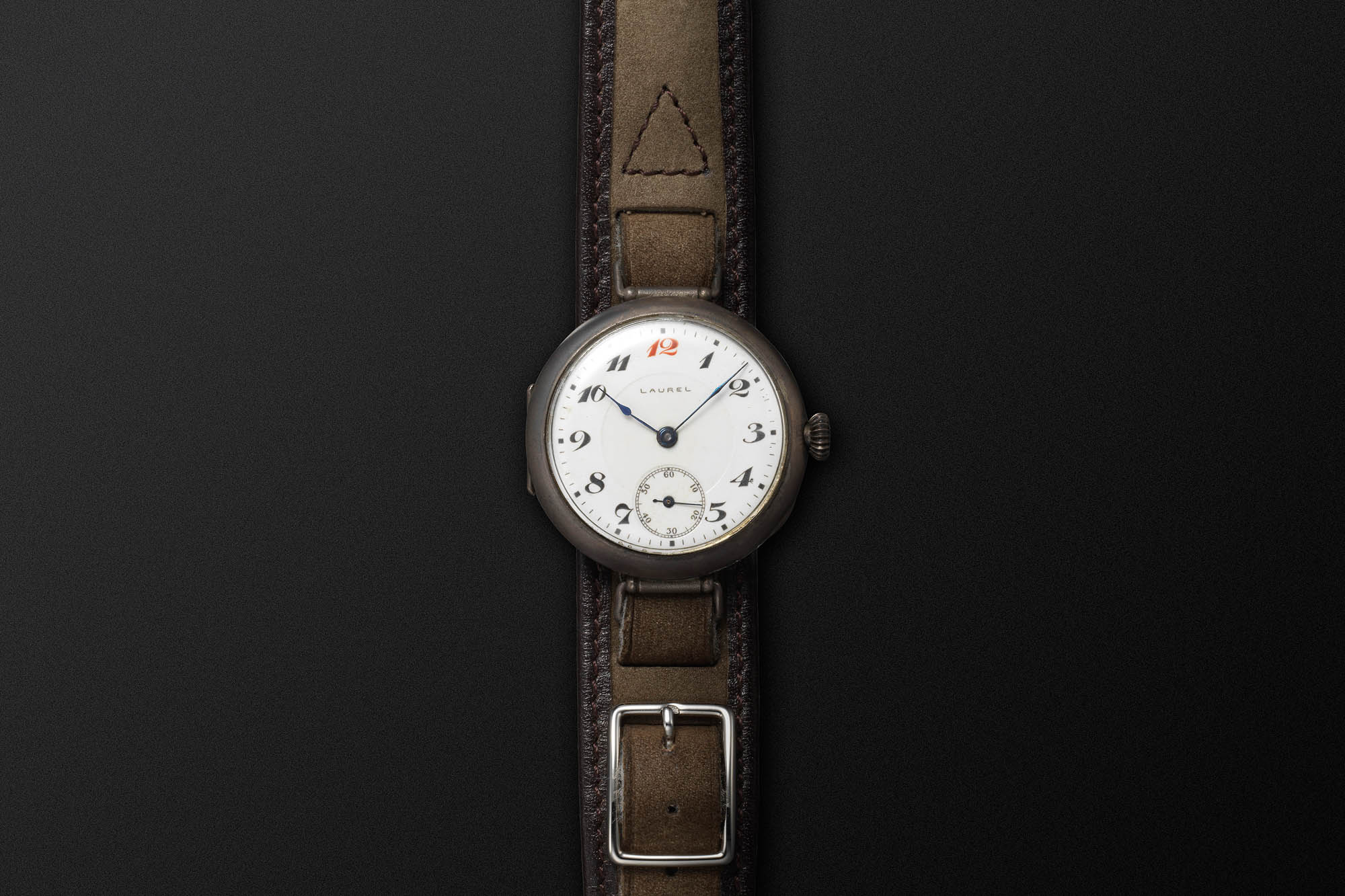 Crafted from stainless steel, the case of the Seiko Watchmaking 110th Anniversary Seiko Presage Limited Edition SPB359 features a circular profile and it measures 37.5mm in diameter by 12.6mm thick. In addition to being larger than the original Seiko Laurel watch from 1913, the new model also features a more contemporary case design that uses a standard screw-down caseback, rather than the hinged style of case (similar to pocket watches from the era) that can be found on the vintage version. Additionally, rather than featuring an acrylic crystal, the new 110th Anniversary Seiko Presage model has a box-shaped sapphire crystal protecting its dial to provide it with superior scratch resistance. With that in mind, despite the numerous updates and use of modern materials, the new model features the same style of hinged lugs fitted to its round case. The large onion-shaped winding crown from the original version has also been recreated for the anniversary edition. While the 1913 Laurel was not water resistant at all, the push-pull crown and solid screw-down caseback on the new model work together to provide it with 50 meters of water resistance. That should mean that it is sufficiently protected against any incidental contact or brief immersion. 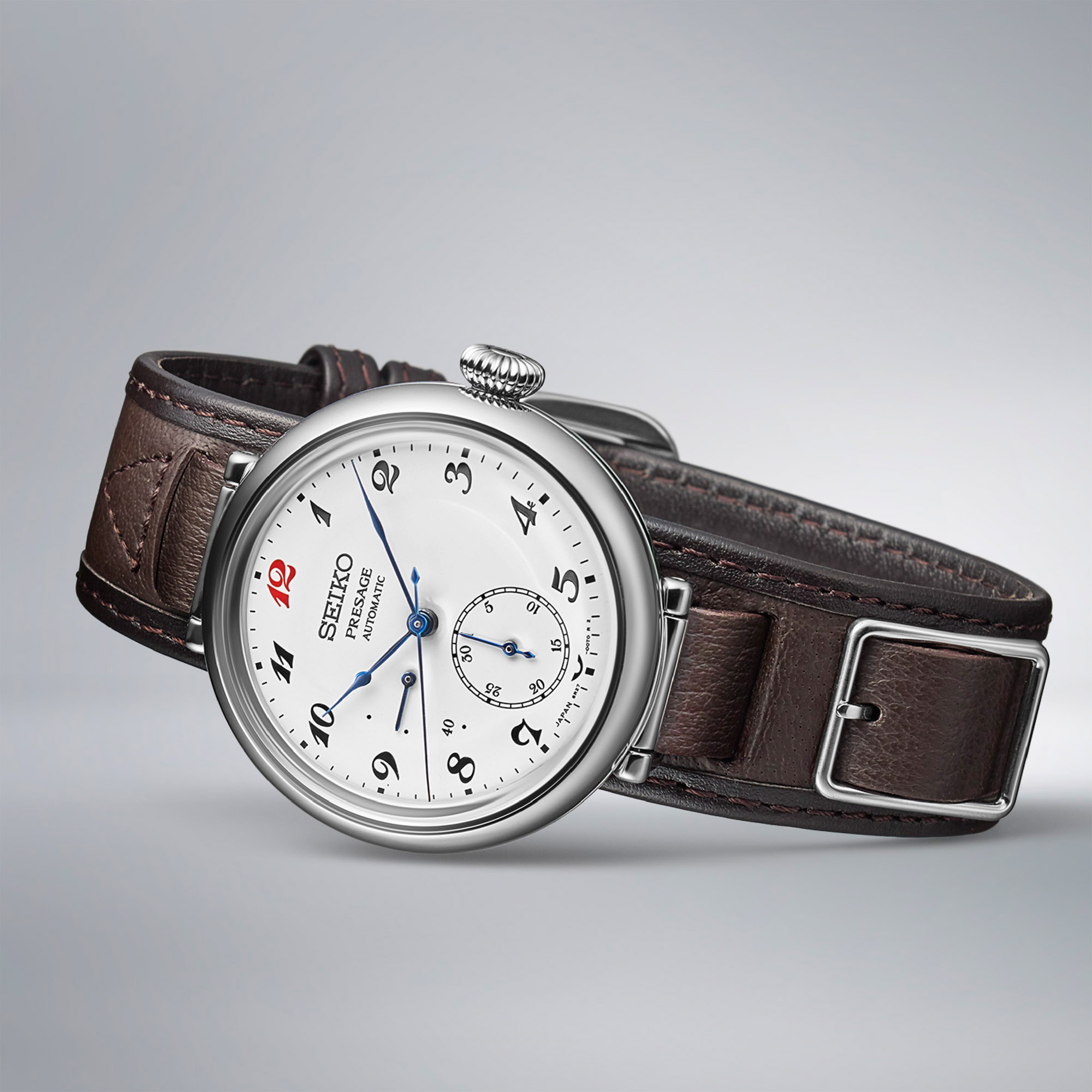 Just like the original 1913 Laurel, the new 110th Anniversary Seiko Presage Limited Edition SPB359 features a white enamel dial with Arabic numeral hour markers. This dial is produced by master craftsman Mitsuru Yokosawa and his team at a specialized workshop dedicated to enamel production. The appearance of the hour markers has been entirely recreated in the new 110th Anniversary Edition, right down to the bright red 12 o’clock marker and the unique style of font used for the numeral four. Like the original version from 1913, the new Seiko SPB359 features a subdial at the 6 o’clock location, although rather than functioning as a display for the running seconds, the subdial on the new model now displays the date. Additionally, a power reserve indicator has been added to the dial at 9 o’clock, and since the subdial at 6 o’clock no longer displays the running seconds, a third hand has been added to the center of the dial to display the accompanying seconds for the time. Like the vintage model that serves as its inspiration, the new Seiko Presage SPB359 features blue spade-shaped hands, although once you count the two additional hands for the power reserve indicator and date display, the new model now features five hands compared to three hands like the vintage Laurel from 1913. 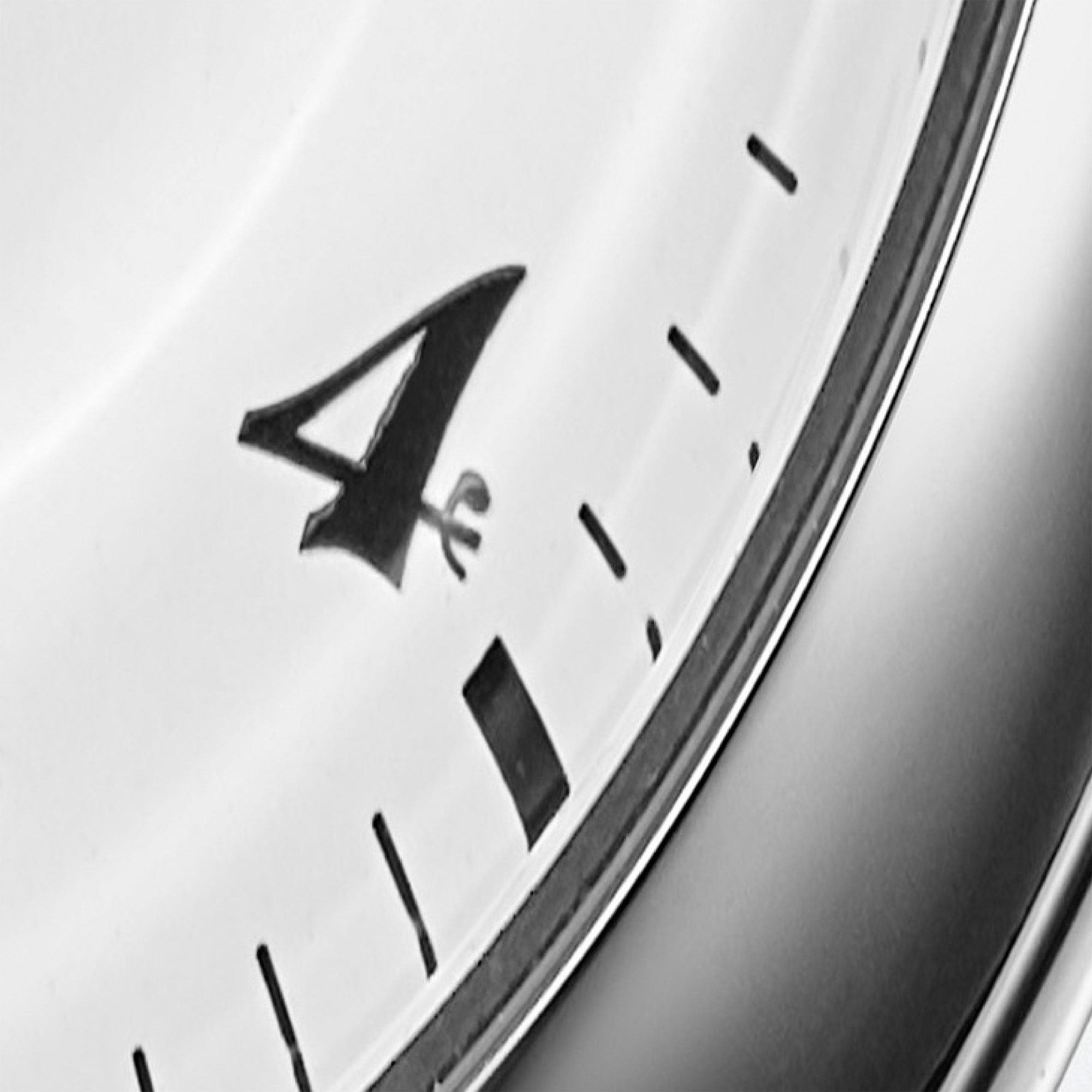 While the original Laurel watch was powered by a simple hand-wind caliber, the new Seiko Watchmaking 110th Anniversary Seiko Presage Limited Edition SPB359 is powered by the Caliber 6R27 automatic movement. Featuring 29 jewels, the Cal. 6R27 represents a step up from the standard self-winding movements that Seiko uses to power its watches, and it runs at a higher frequency of 28,800vph (4 Hz) while offering users a power reserve of approximately 45 hours. Completing the new Seiko Presage 110th Anniversary Edition SPB359 is a pull-through style strap that closely follows the design of the strap that was fitted to the original Laurel watch from 1913. Crafted from dark brown deer leather, the strap could almost be described as a mix between a bund strap and a simple pass-through style, although it features a two-piece construction that wraps around the wrist and closes with a stainless steel pin buckle, rather than just having an additional pad that sits below the case. Due to the narrow hinged lugs, third-party strap options are going to be somewhat limited, although I imagine that most people will stick to the included strap since its unique style is part of the overall design of the watch. 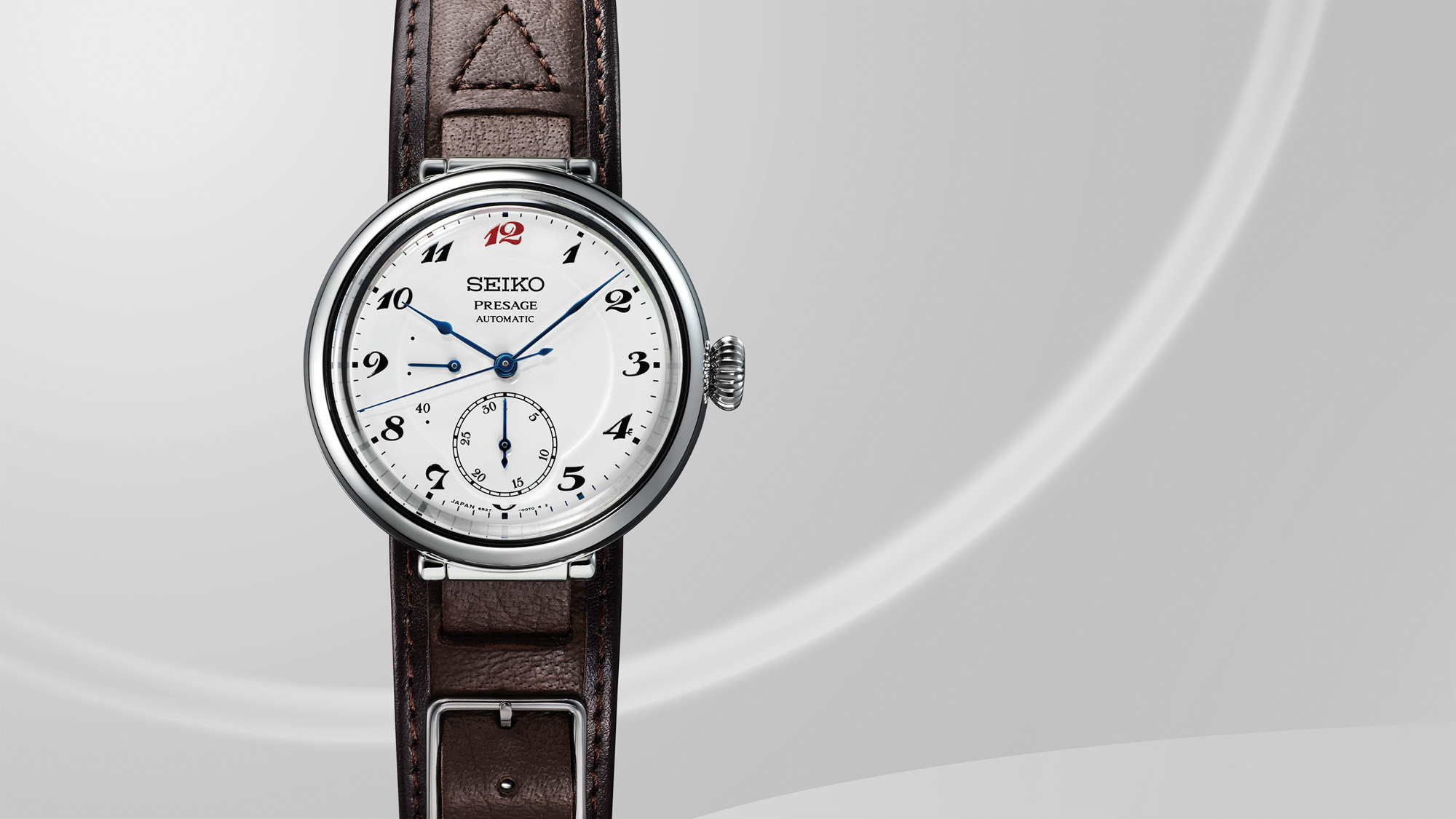 Given that the Seiko Watchmaking 110th Anniversary Seiko Presage Limited Edition SPB359 has the words “limited edition” in its name, you can guarantee that this new watch will not be joining the catalog as a standard-production model. Instead, the Seiko SPB359 will be limited to 2,500 examples worldwide, and each watch will have its unique limited edition number engraved on its caseback. Due to its enamel dial and more advanced movement, the Seiko Presage 110th Anniversary Edition is positioned as a premium option within the brand’s lineup and is accompanied by an official retail price of $1,800 USD. Admittedly, this is quite a bit more expensive than other Seiko Presage models that are powered by this same movement, although it’s important to remember that you are also paying for the enamel dial and the unique limited-edition design. Additionally, while Seiko has previously produced watches that pay tribute to the original 1913 Laurel, the new SPB359 is the first one that truly reimagines that inaugural model, rather than just offering small nods to its design codes. Realistically speaking, this is a watch for die-hard Seiko fans and deep enthusiasts, rather than something intended for mass-market sale, and it was created for those who want the aesthetic of Seiko’s very first wristwatch but in a more functional and durable package that can stand up to the rigors of everyday wear and use. For more information, please visit the brand’s website.