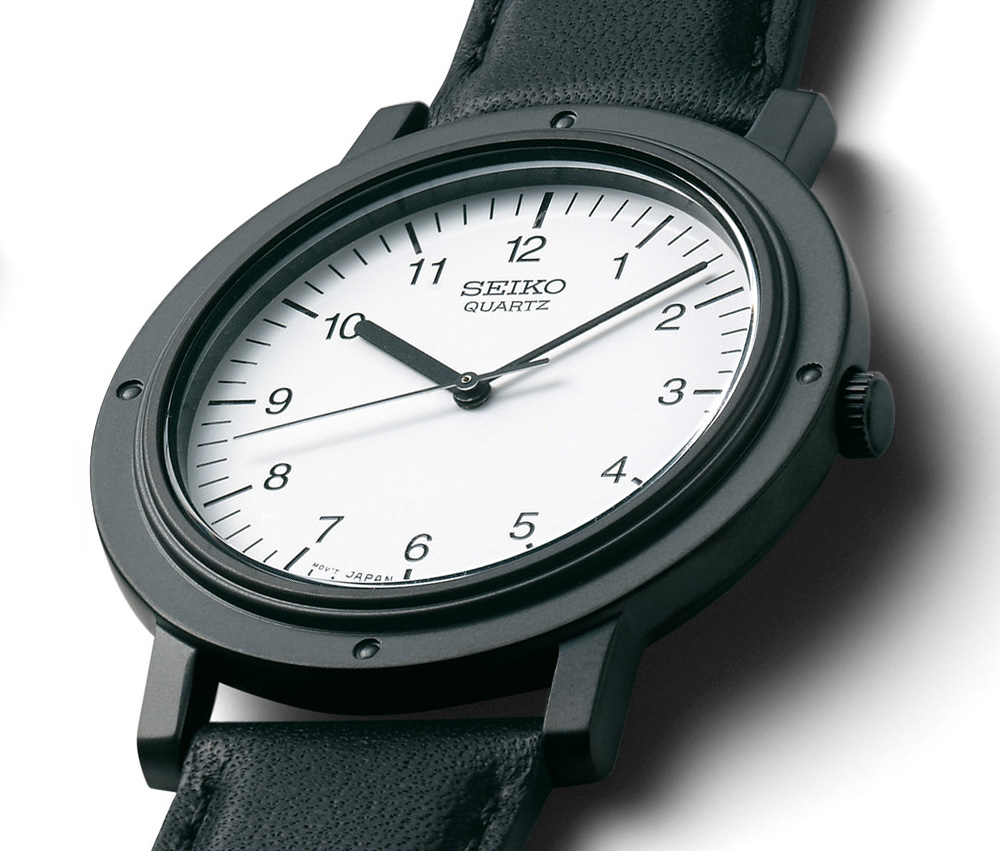 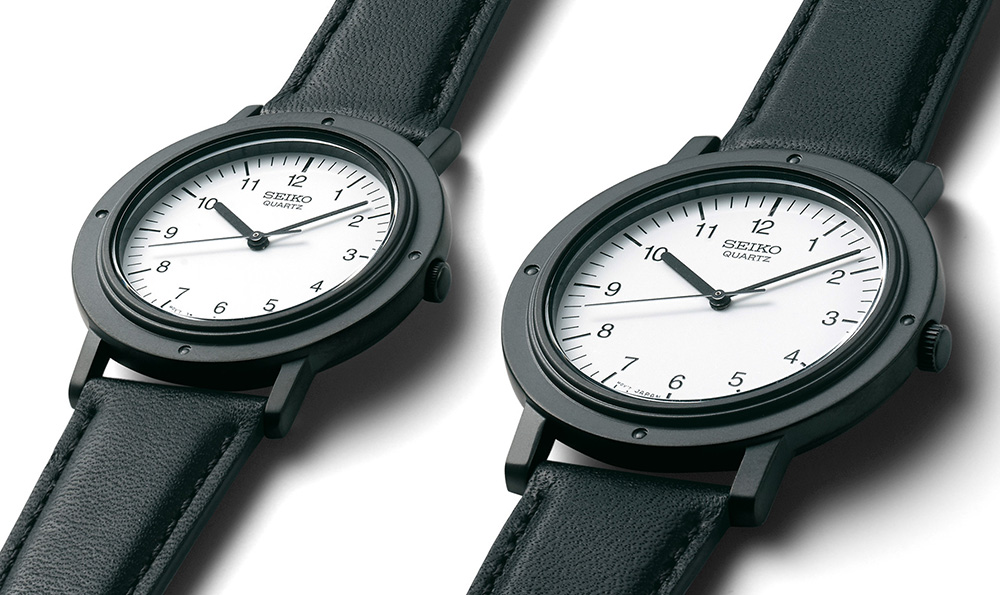 An iconic black-and-white portrait of Steve Jobs from 1984 shows him sitting on the floor with a boxy early Apple Macintosh computer in his lap and a simple Seiko Chariot model watch on his wrist. Part of why the picture is so popular is because it appeared on the cover of Time magazine. How is it that until now that Seiko overlooked the opportunity to pay tribute to the watch, the man, and the photo? For 2017, in collaboration with Tokyo-based clothing and jewelry designer/retailer Nano-Universe, Seiko is doing just that by re-releasing a modern version of the same watch as a limited edition for the Japanese domestic market only (which means you will be able to buy them somewhere online soon enough).

Apple co-founder Steve Jobs was not a known watch-wearer in his later life, but there are some interesting pictures of him prominently wearing timepieces in mostly the 1980s – and I’m pretty sure they were all Japanese. Given that, among other things, Steve Jobs is an icon of consumer appeal and creative design vision, I think it is safe to say a watch he so proudly donned in a publicity photograph will be of interest to both Apple fans and timepiece collectors, as well of overall Jobs devotees. 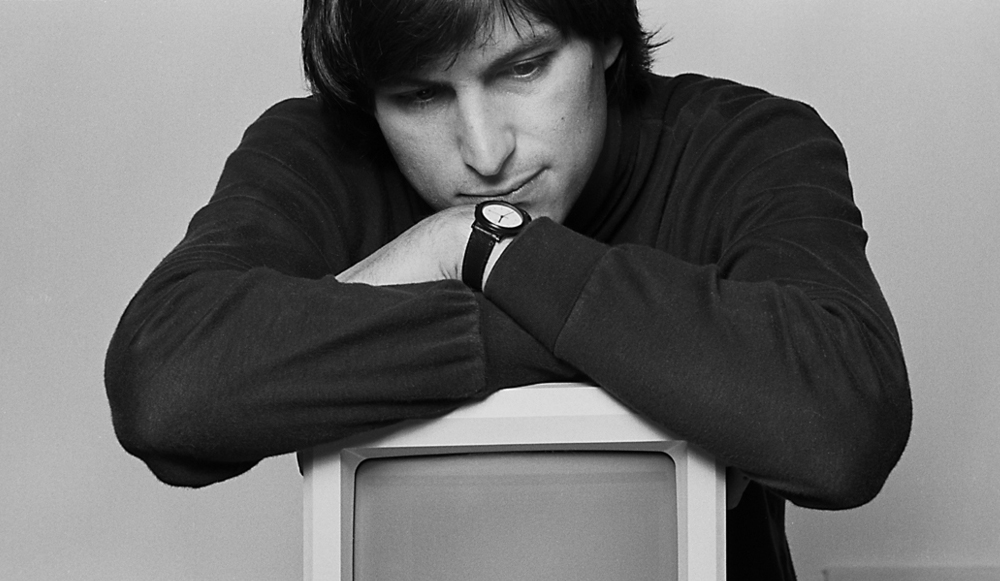 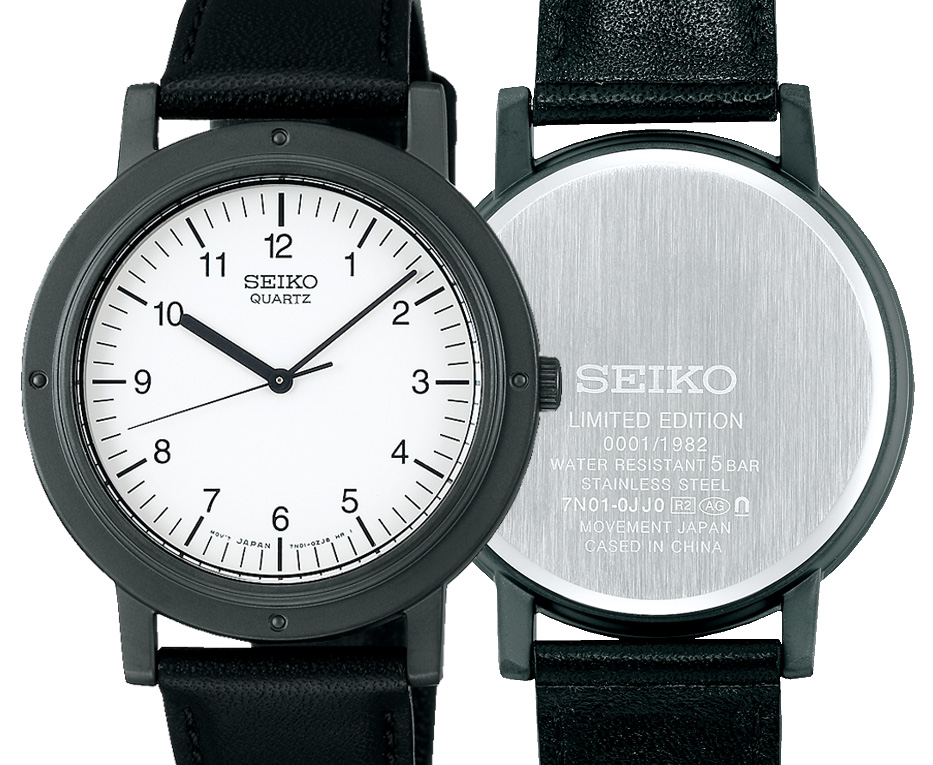 If the mere fact of Jobs’ lionized status weren’t enough, Seiko possibly identified the potential of a re-release of the Chariot when the very watch seen in the photos worn by Jobs was auctioned off for $42,500 about one year ago. Across the watch industry, historic brands are finding notable models for re-release, and Seiko certainly has more than a couple good candidates with cultural significance and nostalgic magnetism – take, for instance, the Seiko Giugiaro “Aliens Ripley” watch re-released a little while back.

Actual Seiko Chariot watch worn by Steve Jobs and sold at auction in 2016.

The original watch that Steve Jobs wore was only 33mm wide. For the Seiko Nano Universe limited edition versions, Seiko is producing both a “true to 1984” 33mm-wide size along with a larger 37.5mm that, while still small, is a bit more aligned with modern men’s watch tastes. The 37.5mm size is about as small as a men’s watch can be these days but will give modern wearers that familiar vintage-sized look and feel. Its lug-to-lug distance is 43.4mm, with a sleek 6.6mm thickness and a weight of 35g (the 33mm version is 38.5mm lug to lug, 6.4mm thick, and 28g). From a design perspective, that Chariot re-release appears more or less identical to the original. In a 50m-water-resistant stainless steel case with a hardened IP black coating, the Seiko quartz caliber 7N01 keeps time accurate to +/- 15 seconds per month, and the dial is protected by… “glass.” 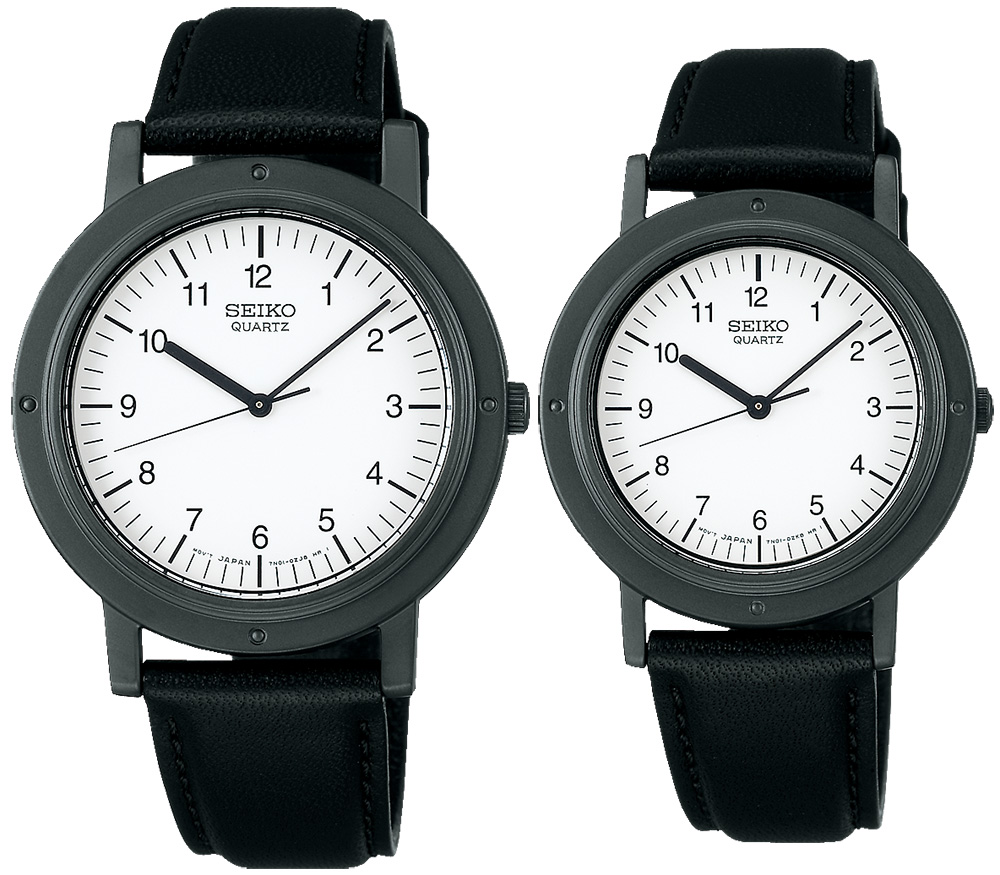 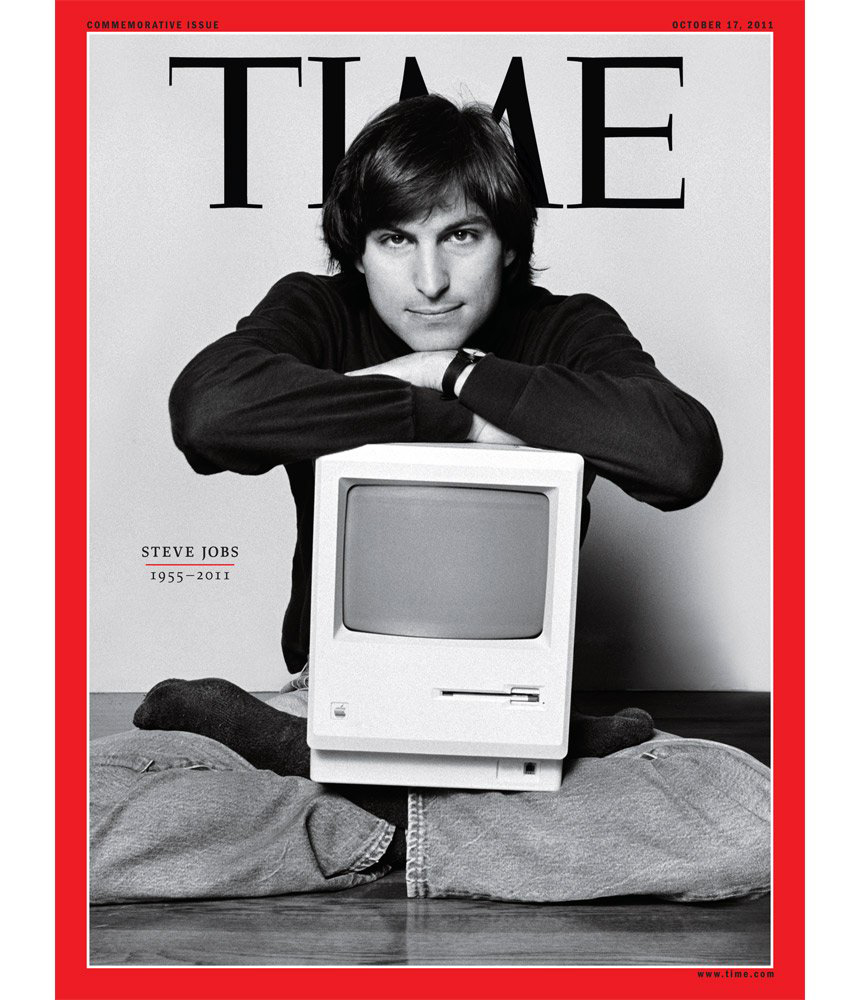 There are actually quite a few images by photographer Norman Seeff that clearly show Jobs wearing the Seiko Chariot (which Seiko apparently treats like a French word, omitting the final t sound in their transliteration) watch, though the one of him in a yoga “lotus position” with the computer in his lap at his Woodside, California, home became famous as a Time Magazine cover. While it seems that anything associated Mr. Jobs is at least of cultural interest, it would be easy to read so much into his choice of watches. Without even a date indication, the Seiko Nano Universe watch is minimalist, functional, user-friendly, stylish… remind you of the products of any world-dominating tech giants? 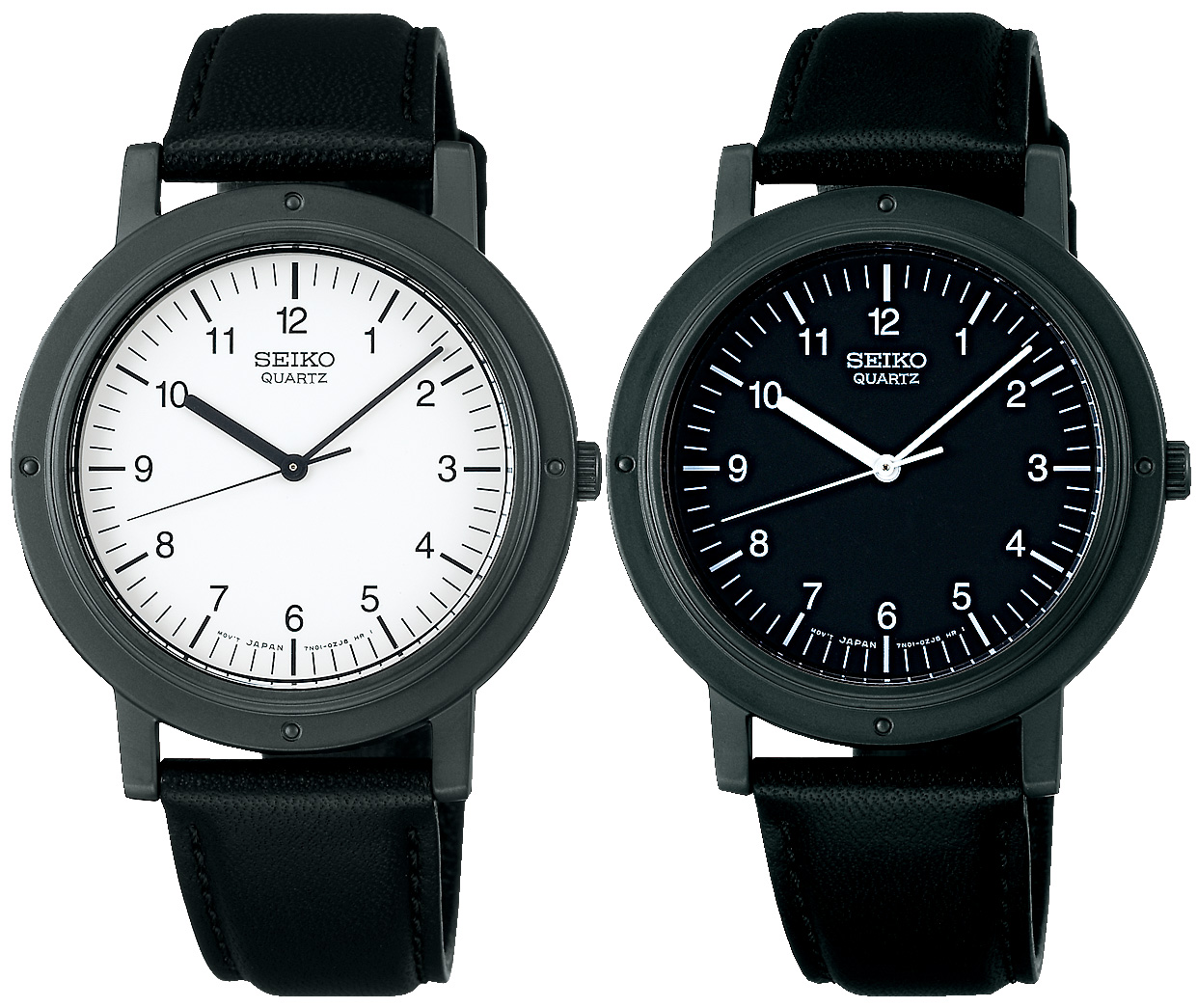 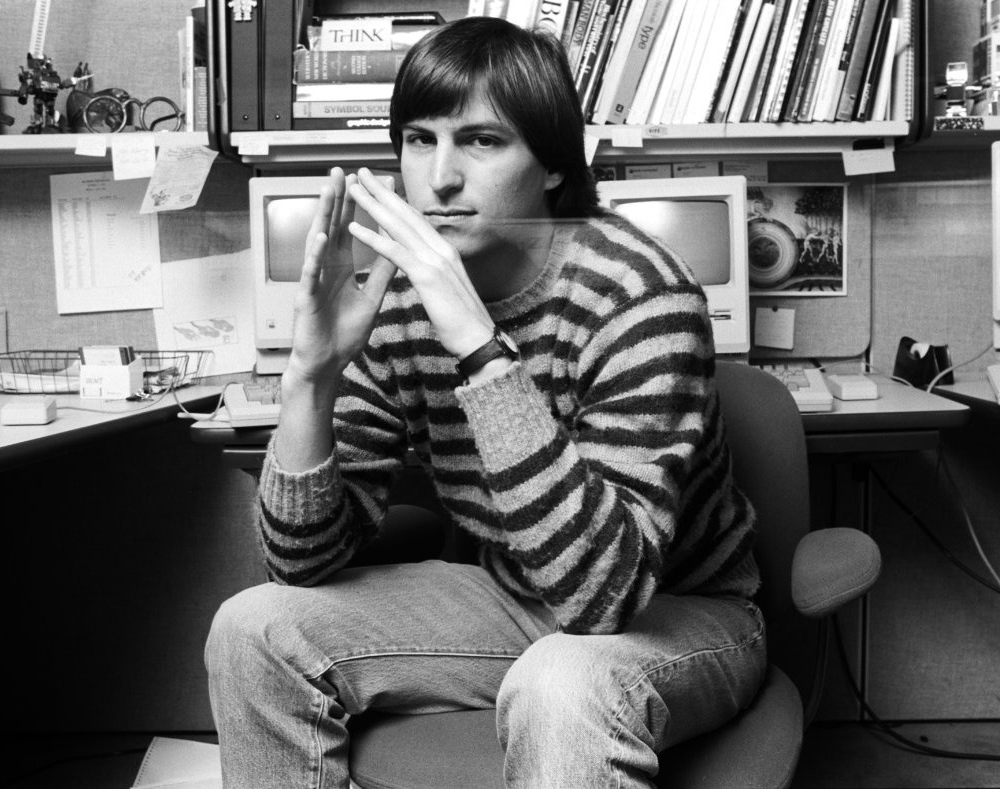 We can’t ask the late Steve Jobs now, but it is fun to imagine that the watch somehow influenced his design values. At the very least, it is safe to say it is representative of them – even though he was not known particularly as a “watch guy” and was often seen with bare wrists later in life. He possibly stopped wearing it when his own products became a more convenient and accurate way of checking the time. There are actually some Apple Watch clock faces that are close, if not identical, to the Bauhaus design of the Seiko Chariot’s dial, but a specific tribute to it would also be cool. 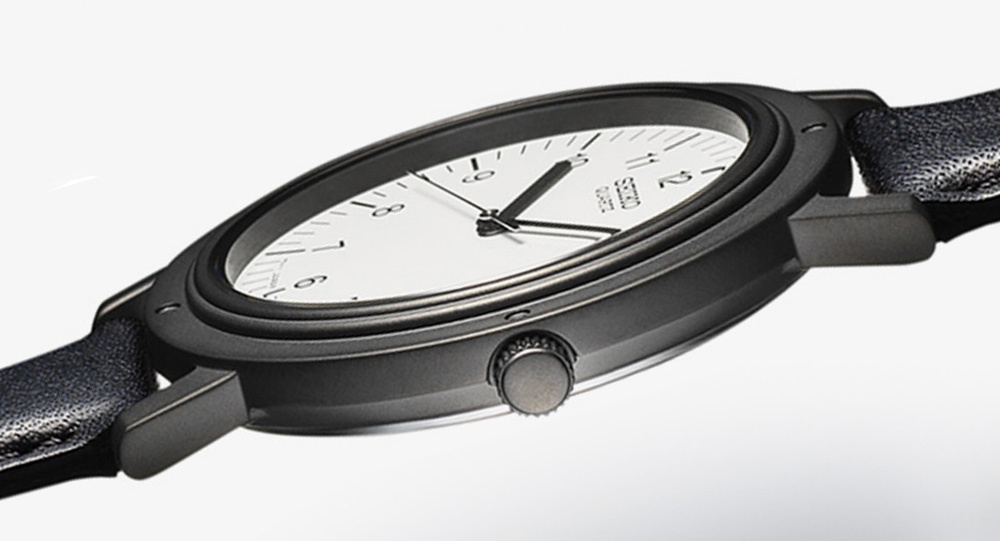 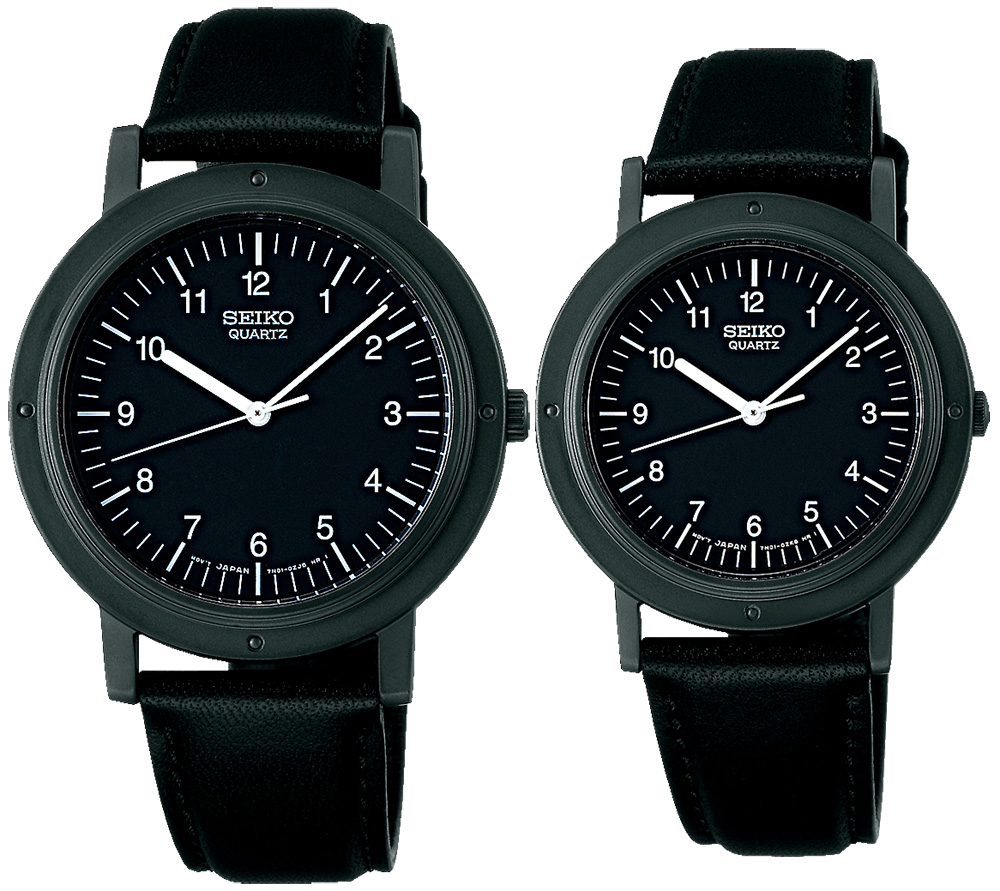 Given that Apple today is selling a smart watch (the Apple Watch) it might be interesting to consider Seiko’s marketing tactics here. This is the fourth watch they have produced with Nano-Universe, so it doesn’t look like Seiko is attempting to target Apple in any way by suggesting that a “real watch” is an analog one. With that said, it is legitimizing Apple’s famed co-founder watch taste as iconic, so in a round-about sense, this release adds positive attention to the Apple Watch, which in many ways competes with a lot of watches Seiko sells today. Thus, you can look at this limited edition “Steve Jobs” Seiko watch as being either a jab at, or a nod to Apple. I tend to see it as the latter.