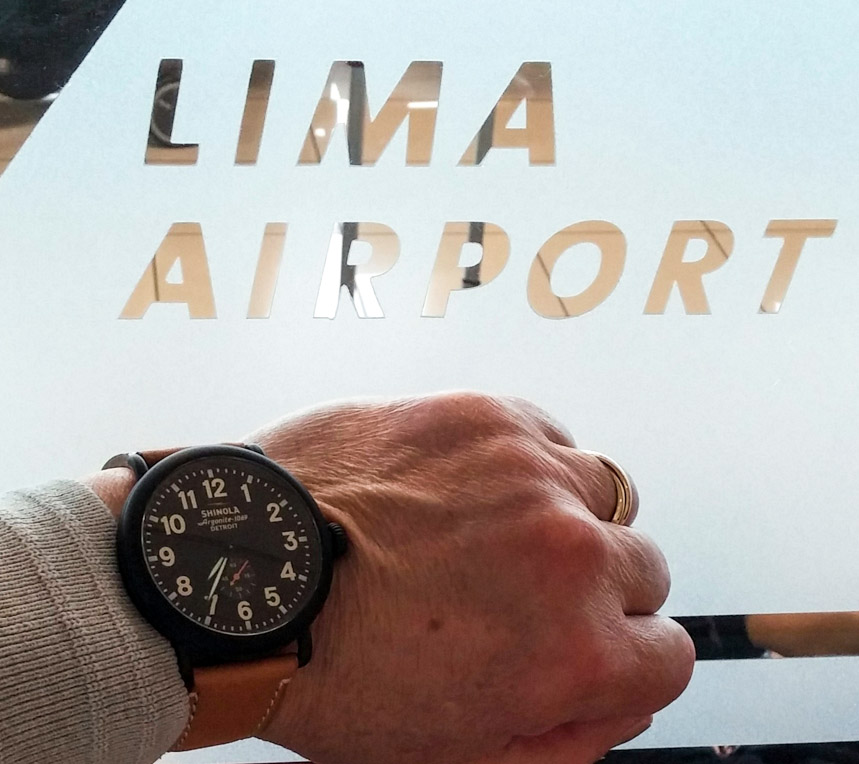 Shinola. Yes you can giggle about the name, but let’s move on… Shinola was (re)formed to make the best possible products for reasonable prices, and specifically in the USA. Once a producer of shoe polish (actually they once again make shoe polish for about $8.50 per can), the still new and hot brand makes a range of items but primarily timepieces. aBlogtoWatch took you inside Shinola watch manufacture in Detroit here.

They build their watches in Detroit, Michigan, with a good old “Born in the USA” mentality. The team spirit is all about rolling up your sleeves and supporting America, and being proud of our domestic abilities to make a great watch. Sounds great, doesn’t it? It is an interesting concept that for now relies on mostly foreign-made parts (such as the kits to produce Swiss movements) that are assembled in Motor City. 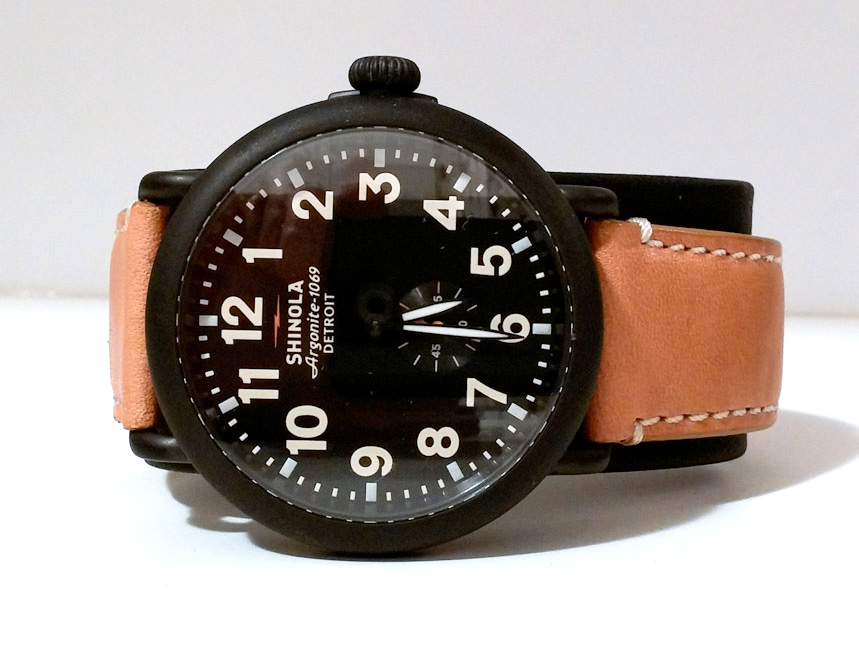 If you are conscious, and live in the USA, you can’t help but see Shinola ads… everywhere! I, of course, had to see the watch in person. Most intriguing is that the watch is made in America, and at that, in Detroit. To see the watches, I ventured to a place you’d usually not associate with the Detroit of today. I went to Saks 5th Avenue here in New York City.

I found the Shinola display, and was immediately drawn to the Runwell 47mm with the black matte case and the natural-colored leather strap. As the salesman handed it to me, I was really shocked. I knew that the watch was $600.00 and truly expected to think “oh, that’s cute.” I say this because my tastes usually run four to six digits to the left of the decimal point. The watch was handed to me, and I was truly overwhelmed. I loved the size of the case (47mm), the weight, the dial, the strap, the buckle, the back, the lugs, the band… I was, as the English say “gobsmacked.” I then decided to find the flaws. I stood with the very patient salesman for about seven minutes, examining every detail. What did I find? Considering the price, nothing really in my opinion.  The only way to improve the watch was to swap out the quartz movement with an automatic one, but then it would not be a $600.00 watch. The case, quality design, and execution deserve an automatic movement. As I learned though, that is in the works! 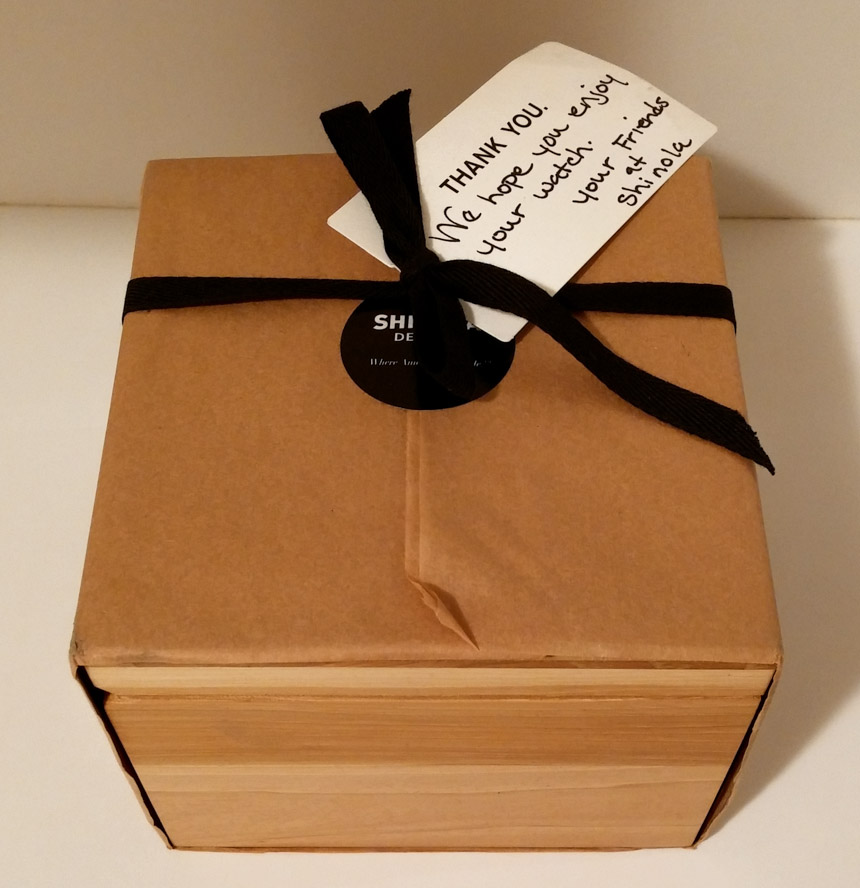 So, what would I do with this watch, and how would it fit in with my life? Well, in a week I was leaving for Argentina, and I do not like to travel with expensive watches, for a few reasons. The most important, being safety. Why would I want to have to worry about an expensive object on a trip? That always seemed silly to me. I thought that this would be the perfect traveling companion, because of its price and styling. The eight days and nights spent with the watch would give me an extended period of time to evaluate its character. I wound up loving the watch by the end of the trip, and you can see it photographed in Lima and Buenos Aires.

It was a great choice for the trip and it was interesting taking my American watch out of the country. Usually I bring a foreign watch into America. The Runwell feels great on the wrist, and makes me smile each time I look at it. Why? Well it is inspiring to see American’s produce watches, the majority of which are mainly made overseas. This American made a splash with the American on his wrist. I went it to one high-end watch boutique and the manager loved it. I took it off to show him, and told him it was made in America. He was astounded, and immediately put it on his wrist and posed for the classic “Wrist Shot” as we watch folks call it. That was an interesting sign and proof that even people internationally are interested in the resurgence of “American made…” more »