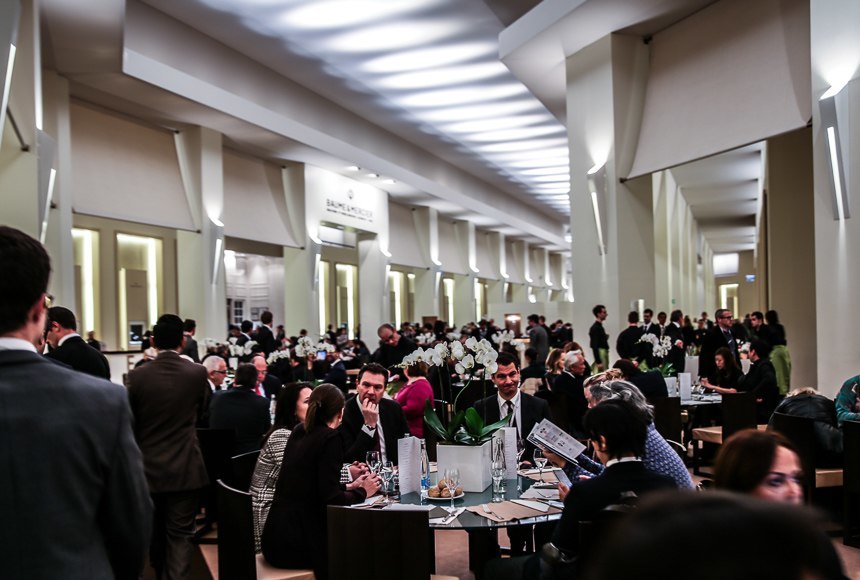 “Carré des Horlogers” is going to be the new buzzword for those in the watch industry early in 2016, as the new iteration of the Salon International de la Haute Horlogerie (SIHH) makes a major move to incorporate nine fresh names into their roster of luxury watch makers. Up until now, SIHH has included mostly brands that exist under the aegis of The Richemont Group. Why did this happen? What does this mean for the watch industry, and is it good news for consumers?

The politics and economics behind this situation are actually relatively complicated, but I am pleased with the Foundation de la Haute Horlogerie‘s (“FHH,” a third-party entity set up mostly by Richemont to organize SIHH among other things) decision to bring nine small but important independent watch companies under their umbrella of exhibitors. In many ways, I feel that this is a positive sign of mutual effort and solidarity in the Swiss watch industry – a practice that has actually been a key component of their success for generations. While each of the major watch brands is clearly competitive from the outside, internally, there is a lot of sharing of talent and skills that helps the Swiss watch industry survive in a world where their items are no longer sold as necessary tools, but rather as luxury items. 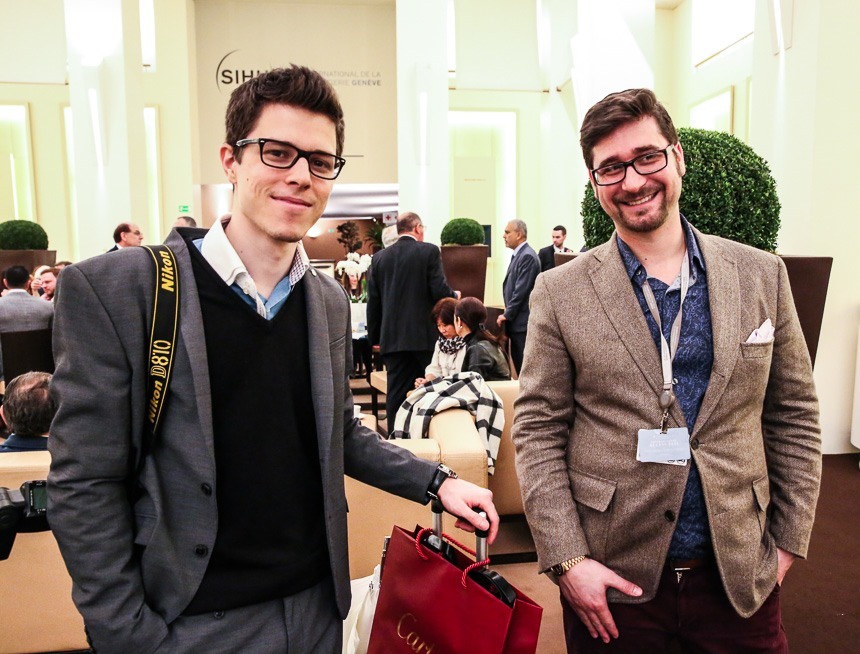 Gone from SIHH 2016 is Ralph Lauren watches (which was a joint venture between Richemont and Ralph Lauren), and in their place will be a new hall which will be called the Carré des Horlogers (literally, “square of watchmakers”). This is being touted as an “exhibition within an exhibition” because rather than the larger, more elaborate booths for much larger brands such as Cartier, Montblanc, IWC, Jaeger-LeCoultre, etc…, the participating brands within the Carré des Horlogers will be contained together in a larger room with smaller spaces for each. This is actually not entirely unlike where most of these brands typically formally display at shows like Baselworld (held a few months later in Basel, Switzerland).

The known reality for anyone who has been in attendance at SIHH is that all of these watch brands were, for the most part, already displaying somewhere in Geneva during the SIHH show week each year in January. In fact, for a long time, these “outside exhibitions” were an internal point of contention for the SIHH organizers because they did not like the fact that other brands displayed their products around town in Geneva during the same time period. The mentality being that because SIHH and its participating brands put so much effort and resources into bringing both watch retailers and media to town for the show, it was an unfair exploitation of their efforts for other brands to be taking advantage of the presence of key people in watch sales and media who attend the event from around the world.

So, rather than fight the fact that high-quality independent watch makers are taking meetings with watch buyers and media during the time of the SIHH show, the organizers simply decided to incorporate them into the event. It is entirely possible that this is truly for the better, even though there will, of course, still be some other brands who will put their new products on display around town in Geneva.

It isn’t at all something new for SIHH to include brands which aren’t part of The Richemont Group. Until a few years ago, brands such as Girard-Perregaux and Jean Richard, displayed at SIHH (until they were purchased). You’ll also find brands such as Audemars Piguet, Richard Mille, and Greubel Forsey which are key partners of the SIHH event even though they aren’t Richemont brands. What is unique is perhaps the volume of new brands coming into the event in one fell swoop. Adding or removing a participating SIHH brand is often a slow process, so to remove one but add nine brands for SIHH 2016 could be interpreted as a bold move. 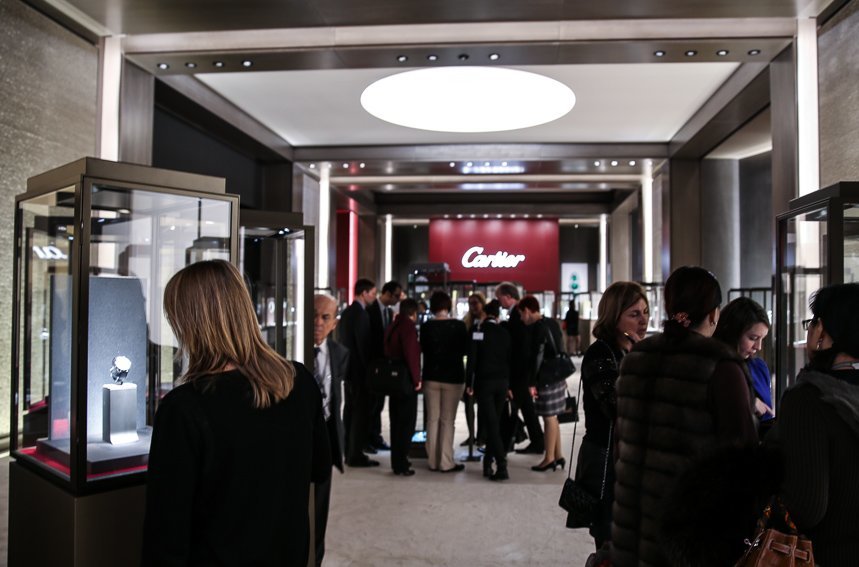 We do, however, live in times where bold moves are necessary for the continued success of the luxury watch industry which has seen its number of big economic hits over the last few years. When recapping SIHH 2015 (here) I mentioned that right before the show, the Swiss government made immediate and drastic changes to the value of the Swiss franc. Over the last year, the industry has experienced immense problems from rapidly slowing markets in China, Russia, and other parts of the world that had shown rapid expansions of new wealth in recent years.

The Swiss watch industry further faces issues from high retail prices, too much unsold watch inventory in the market, and currency fluctuations which tend to strengthen things like trans-shipping and gray market sales, while at the same time, reducing the ability for authorized dealers in certain countries to afford new inventory. There are, of course, a lot of positive things as well, but we are currently facing an economic reality in the watch industry where further consolidation and partnerships are necessary to pool resources and help the key industry players look out for their mutual interests.

So what are the nine new watch brands that will be a part of the inaugural Carré des Horlogers? In alphabetical order, those brands are 1. Christophe Claret, 2. De Bethune, 3. H. Moser & Cie, 4. Hautelence, 5. HYT, 6. Kari Voutilainen, 7. Laurent Ferrier, 8. MB&F, and 9. Urwerk. 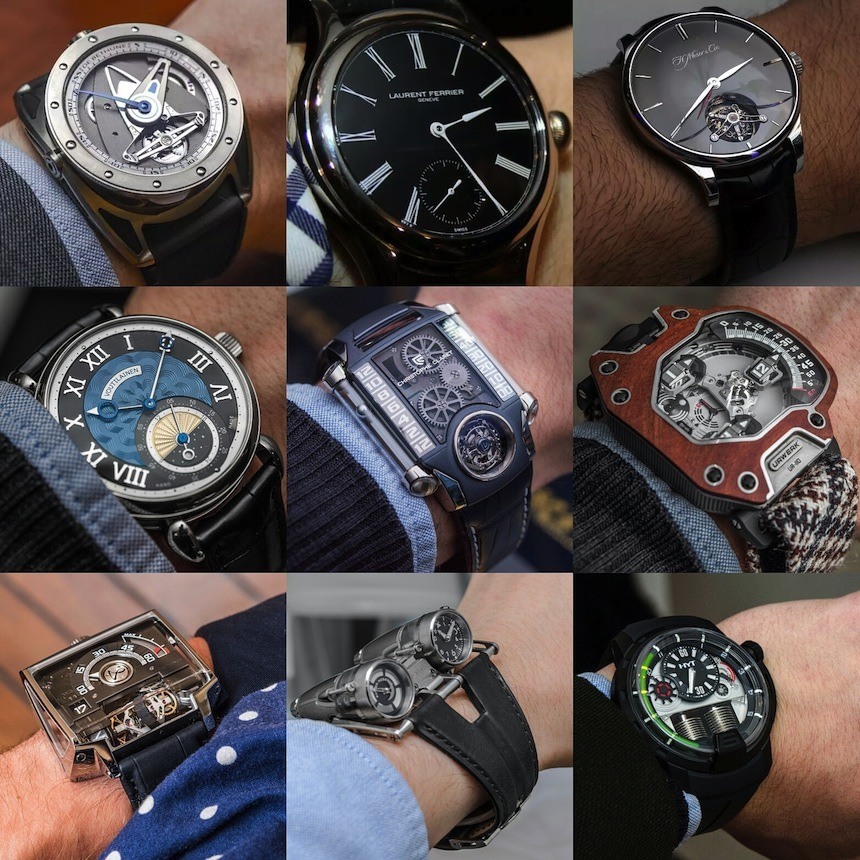 Many of these brands are simply going to be making a shift from displaying in a nearby hotel in Geneva to officially at SIHH. According to SIHH, these brands will, of course, pay their share of the SIHH organization costs, but will pay less, since they are taking up less space. Brands apparently pay as a function of the square footage they require at the trade show event. The SIHH also provides other facilities such as a press room, transportation, and, of course, food for the guests.

What isn’t clear is whether or not these brands will be also continue displaying at Baselworld. Many of these brands are typically in Baselworld’s “The Palace” tent area, while others show at nearby venues. Watch brands are typically asked to dedicated enormous resources each year to travel around the world displaying at various shows and events. These activities are both costly and difficult to manage from a human resources perspective. If there is anything that watch brands want less of, it is shows to display at, despite the promise of meeting more customers. One of the key benefits of being at SIHH is the presence of the world’s top watch retailers and watch media outlets. SIHH will deliver excellent exposure to the people these smaller independent watch makers are seeking to meet with all the time.

I believe that some of the nine brands will continue to display at Baselworld, while others will not. It just remains to be seen who will and who won’t. Of course, the Baselworld organizers will have to face a potential flight of exhibitors and will ideally try to make it worthwhile for these independent watch makers to participate in both events. 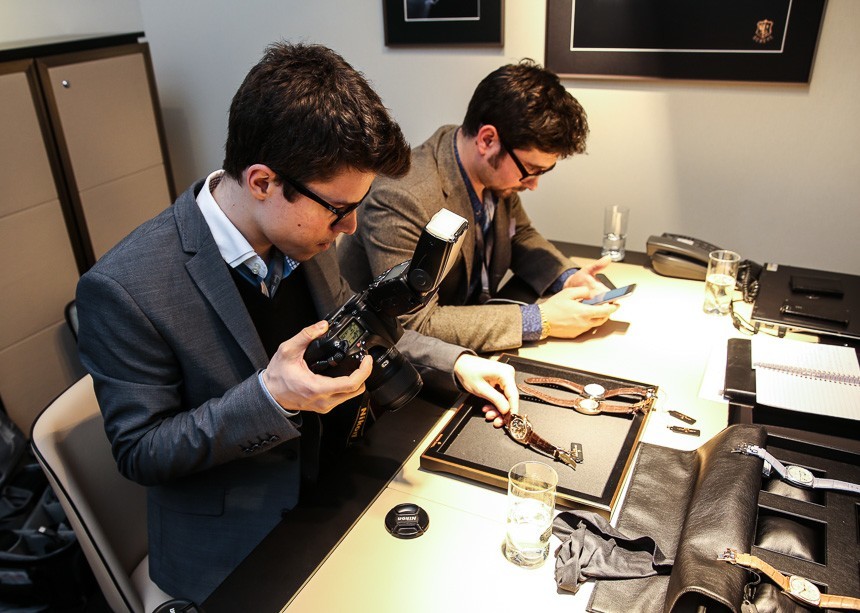 SIHH 2016’s roster of watch brands now grows to 24, even though the event space (located at Geneva’s Palexpo) will not increase in size. I do, however, hope for everyone’s sake that new bathrooms are added (my personal request to the SIHH fairy). A larger takeaway message from all of this is how serious the watch industry is when it comes to working together as well as pooling resources. This decision is inherently a practical one and shows that when it comes down to it, cooperation and mutual respect are still a huge part of the watch industry’s personality and way of doing business.

There is also the added legitimacy to the work and efforts of these independent watch makers. Many of them are founded or run by people who graduated from larger luxury watch brands and further represent the ripest area of innovation, novelty, and risk taking found anywhere in the watch industry. Whereas a brand like Cartier only has so much flexibility to be risky in design decisions, brands like HYT or Christophe Claret thrive on doing new things and taking risks.

The aBlogtoWatch team will look forward to experiencing a more populated and dynamic SIHH event this January in 2016 and to seeing how this new move to incorporate more watch brands into SIHH works out for everyone involved. sihh.org