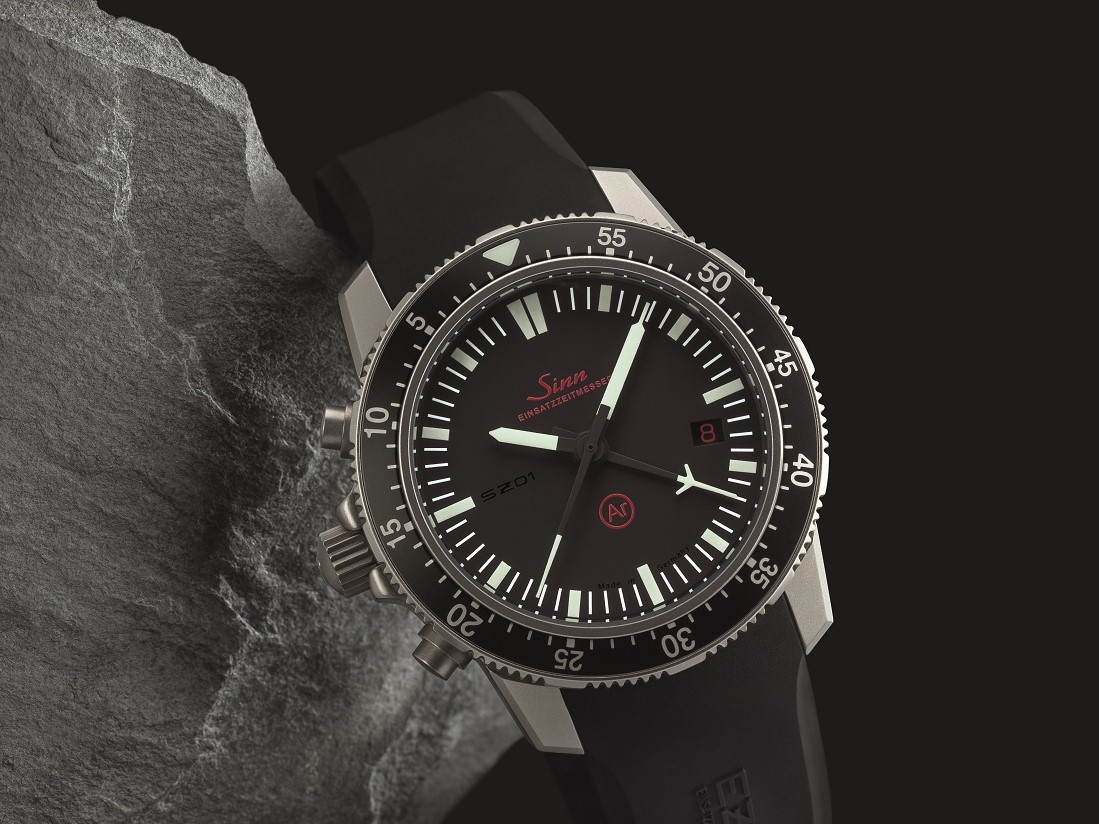 As someone who has been a fan of Sinn EZM watches for a while, it brings me pleasure to say that Sinn has “re-released” the original Sinn EZM 1 with the 2017 Sinn EZM 1.1 Mission Timer Limited Edition watch. The new watch takes the overall look of the original 1997 Sinn EZM 1, but changes a lot of features making for an overall big upgrade in one of the world’s most dedicated tool watches.

“EZM” stands for “einsatzzeitmesser,” (“mission timer” in English). Sinn worked with the then new German customs enforcement unit ZUZ (Zentrale Unterstützungsgruppe Zoll) in 1997 to create the EZM 1. The goal was to make a watch that was extremely durable, easy to read, and of course… designed for a specialized (Spezialuhren!) purpose. This same year in 2017 Sinn has also released the EZM 12. I last reviewed a Sinn EZM with the EZM 10 here. In many ways Sinn EZM timepieces are the ultimate tool watches – extremely well made, designed for real life adventure, technically sophisticated, and just damn cool looking. The EZM 1.1 is both a response to consumer demand for the EZM 1, as well as celebration of Sinn opening up their brand new headquarters building (still in Frankfurt, Germany). One of the reasons the EZM 1 design was so popular was due to its minimalist take on being a superior tool watch. Sinn attempted to design as much as possible to focus on things like the hands and hour markers. Despite the simple look, the EZM 1 and EZM 1.1 are anything but simple watches. These are some of the first modern central-chronograph watches. The EZM 1 made use of the now no longer available Lemania 5100 movement. For the EZM 1.1 Sinn developed a new movement known as the SZ-01. Duplicating the functionality of the original EZM 1, the EZM 1.1’s SZ-10 movement is based on the Swiss ETA Valjoux 7750 automatic chronograph, but has been heavily modified. Sinn is no stranger to modifying the 7750, and has a lot of experience doing this. The EZM 10 (reviewed above) demonstrates a totally different take on modifying this popular and durable base movement.

Sinn upped the size of the EZM 1.1 to 43mm wide from the EZM 1’s original size of 40mm wide. At 43mm wide, the EZM 1.1 is 16.5mm thick and weighs only 105 grams. Around the dial is a rotating (countdown) timing bezel, and for ergonomic purposes the pushers and crown are on the left, versus right side of the case. Therefore, the EZM 1.1 is technically a “lefty” watch.

The watch case is filled with an inert gas (“Ar” on the dial means “argon,” but Sinn no longer uses this gas inside of the case. Currently Sinn fills their cases with Nitrogen which they claim performs better) and also has a copper sulfate capsule which can absorb some moisture. The idea is to make sure that the EZM 1.1 dial never fogs up with condensation. Such de-humidification technology is unique to Sinn as far as I know. The watch is also highly shielded from magnetism, low pressure environments, and is water resistant to 200m. While some collector’s might prefer the classic EZM 1, the EZM 1.1 is a superior watch given the more modern technology designed to keep the watch reliable and problem-free. The new larger size makes the EZM 1.1 fit modern tastes a bit better than the original as well. Sinn includes both a rubber and black leather strap for the EZM 1.1, as well as a Sinn strap changing tool.

One of the most beautiful tool watches in the world, this is also one of the most hardy and astute. The Germans do modern tool watches better than pretty much anyone else, and the Sinn EZM 1.1 is the latest testament to that fact. Limited to just 500 pieces this watch is available for reservation (pre-order) directly from Sinn’s North American distributor WatchBuys at a price of $4,860 USD. sinn.de