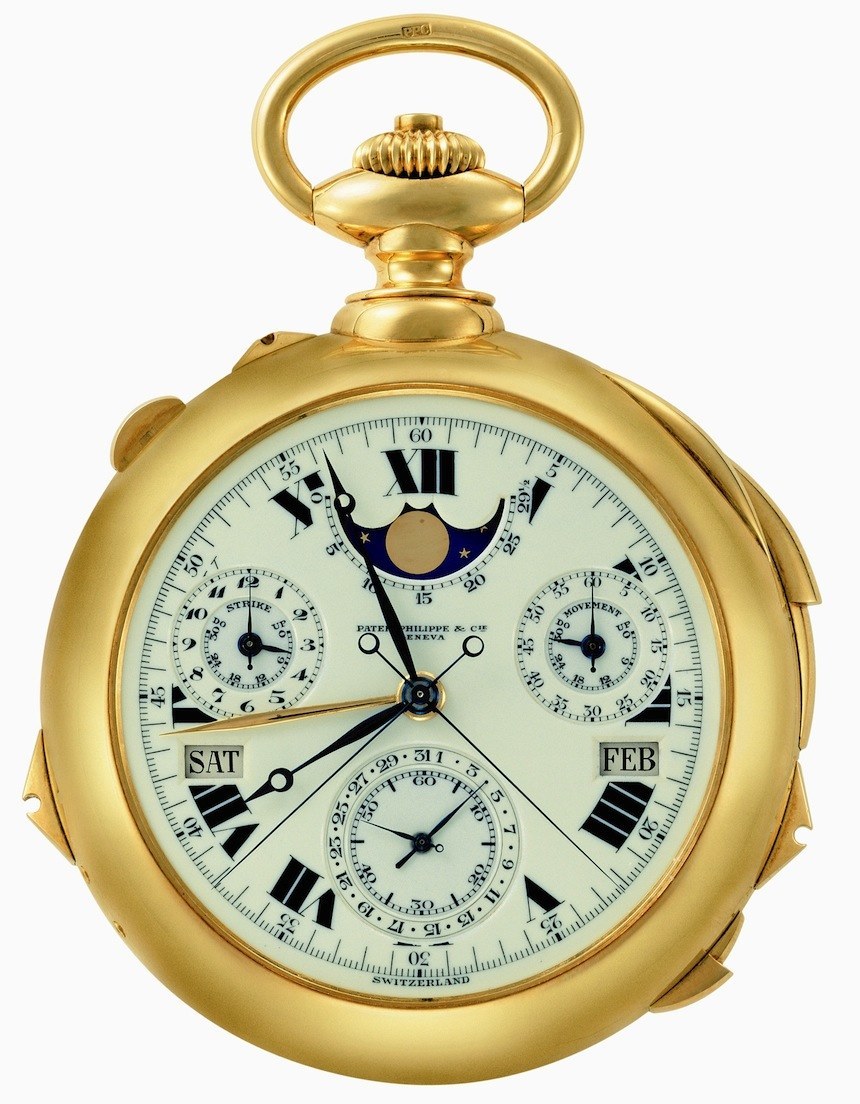 Sotheby’s To Re-Auction The Patek Philippe Supercomplication, The Most Expensive Pocket Watch Ever

When Sotheby’s sold the Patek Philippe Supercomplication in 1999, it became the most expensive watch ever sold, fetching a whopping  $11,002,500. Or did it? Actually, as Bloomberg revealed in 2012 based on some court documents, the winning buyer, Qatari Royal Family member Sheikh Saud Bin Mohammed Bin Ali Al-Thani has never paid up for it – along with another $70 million worth of other lots that he purchased at Sotheby’s auctions. Consequently, after this exceptional, one of a kind timepiece has spent some 13 years with an owner who basically possessed it for free, the Patek Philippe Supercomplication finally returned to Sotheby’s. Today, the auction house has announced that this incredibly complicated, two-faced pocket watch that Patek originally made in 1933 for its astute collector Henry Graves Jr., will be up for auction once again in November, 2014 as the centerpiece of Sotheby’s Geneva November 2014 Watch Sale. 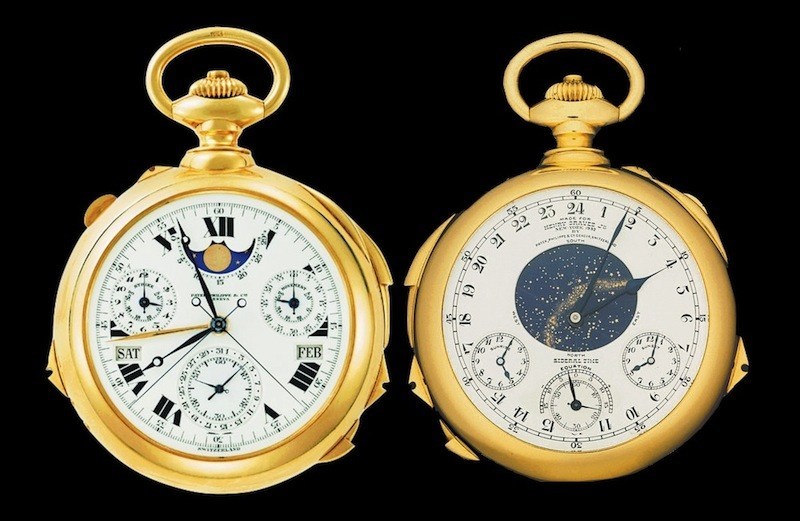 For over fifty years, from its conception in 1933 until 1989, the Patek Philippe Supercomplication had been the most complicated watch Patek Philippe ever made. And while the Caliber 89 offered more complications, the Patek Philippe Supercomplication rightfully remains one of the most important and most desirable timepieces in the world. Its two dials, 24 complications, more than 900 parts and a weight of over 1 pound, this 18 karat gold pocket watch pushed the limits of mechanical complexity way beyond any other watch ever produced before. Among other complications, it features a perpetual calendar, a minute repeater with Westminster Chimes, sidereal time, and a celestial chart with a mapping of the sky over Manhattan.

It should come as no surprise then that this truly incredible piece had reserved the number one spot in our article about the rarest and most expensive Patek Philippe watches ever. With that said, the estimate this time around tells us it will only strengthen its deserved position, as the Patek Philippe Supercomplication is expected to sell for around 15 million Swiss francs (or about $16.8 million). And since the sale coincides with the 175th anniversary of Patek Philippe, we feel we are likely going to see it exceed even this already stratospheric estimate. patek.com