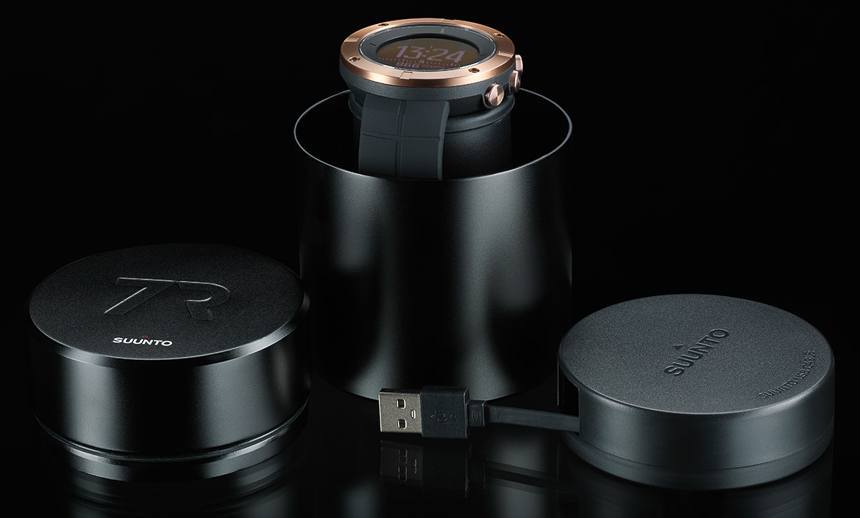 The Suunto Kailash is the Finnish sport watch company’s first “premium” smartwatch, and it has been designed specifically for very frequent travelers. The name of the game for smartwatch makers today is to answer the question, “what do I do with it?” Consumers are increasingly fascinated by the new designs and features companies from Apple to Suunto are putting into their smart, connected wrist watches but mainstream consumers have yet to find the type of utility they need to truly understand how smartwatches fit into their lives. In 2015, it is all about the niche appeal smartwatch when it comes to those produced (perhaps ironically) by traditional watch makers. The Swatch Touch Zero One, for example, is meant for volleyball. The upcoming Suunto Kailash was made for people who travel a lot and want to keep track of their adventures.

The name “Kailash” as well as “7R” for the companion iPhone app are full of symbolism that Suunto hopes will help people understand who the watch is meant for. Kailash is a mountain in Tibet that, apparently, no one has ever climbed and reached the top. So I don’t know if that means the watch is for people who are keen to explore forbidden things, or if the idea is to encourage people to travel places that they have never been to before. Being a smartwatch, the Suunto Kailash watch requires the companion app for the iPhone (currently, only for the iPhone) called Suunto 7R. “7R” seems like a random name (it sort of is) but, according to Suunto, it is a nickname for a human gene known as DRD4-7R, which is reportedly known to be associated with a pronounced sense of “wanderlust” in those people who have it. So you use the app which is associated with a biological urge to travel (in some), and the name of the watch is of a forbidden place. OK, the concept isn’t exactly welcoming to most, but it is intriguing.

Before I speak about the watch itself, I want to discuss more about its intended use by mentioning its features. Explaining that a watch is meant for “very frequent travelers” doesn’t mean much until you realize the 7R app is really a fancy tracking system which not only plots your ongoing travel course, but also tells you things like the number of countries you’ve visited, the total distance you’ve traveled, and also information like how many days you’ve been living out of your suitcases. Suunto refers to this collective information as your “Adventure Timeline” (a term which they have somehow been able to trademark). The watch, of course, contains a GPS signal antenna and Bluetooth connectivity.

Some of the Suunto Kailash’s functionality seems data-nerd gimmicky, but other features are actually useful. For instance, you can use the sapphire crystal-topped “7R button” on the side of the case to go to a navigation view which apparently pulls up a simple map and other options. From there, you can do things like know the distance to home or define a custom point of interest (basically, a way to point), and then, it will show you the directions and distance back to that point. So imagine, for instance, you are in nature, and set your campsite as a point of interest. With a few clicks, you’ll get an indicator on the screen with a directional arrow showing you what direction the campsite is in, as well as how far you are from there. This is almost identical to the navigation system in many of today’s open world video games. Finally, smartwatches are letting us live our lives just as we’ve always wanted to – like they are a game where you need to constantly travel around a map. 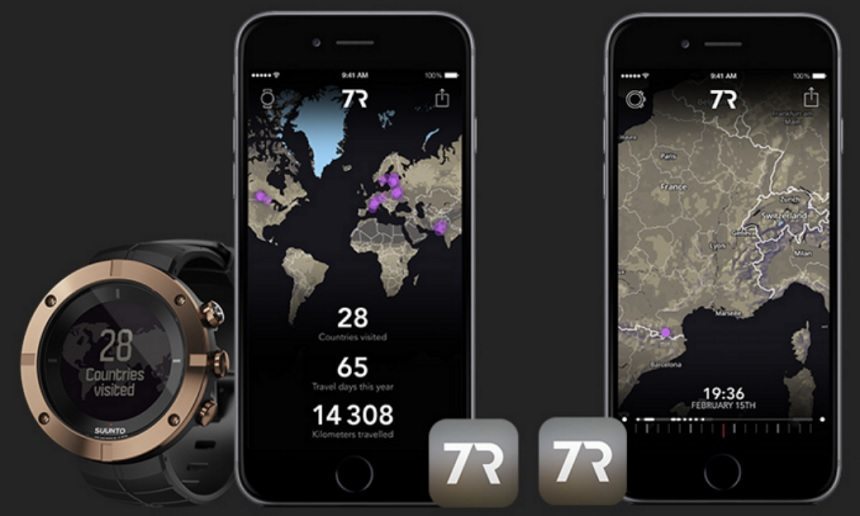 The global positioning satellite connection feature also does obvious things like automatically update your time and location, along with things such as calendar data and sunrise/sunset times (very useful). There is also a built in pedometer, which some consumers should find useful although Suunto doesn’t really pen the Suunto Kailash as a fitness tracker device. Suunto further claims a maximum of 10 days of battery life (30 days with GPS turned off) but given how these figures go, I believe a more realistic battery life expectation is 3-5 days (which still isn’t too bad). In order to preserve battery life, the Suunto Kailash only records GPS data once each 10 minutes. Fans of more traditional Suunto watches will appreciate the additional sensor features allowing the Suunto Kailash to indicate and track your elevation (altitude – which it actually does using GPS), compass data, and a barometer function which also offers a weather trend indicator.

I did mention that the Suutno Kailash is a smartwatch, right? While it won’t hold much of a candle to the features of, say, the Apple Watch, the Bluetooth connectivity offers some basic message and alert notifications on the watch dial. With that said, I think it is safe to say that, for the most part, Bluetooth allows the watch to connect with the app which will be used for the Adventure Timeline, as well as to customize the watch features. Perhaps the best thing to happen to complex digital sport watches is Bluetooth connectivity when watch makers allow the apps to be used to both set as well as use the timepiece’s features that are traditionally complex and obtuse to use via the often limited input methods (a few pushers) available on many watch cases. 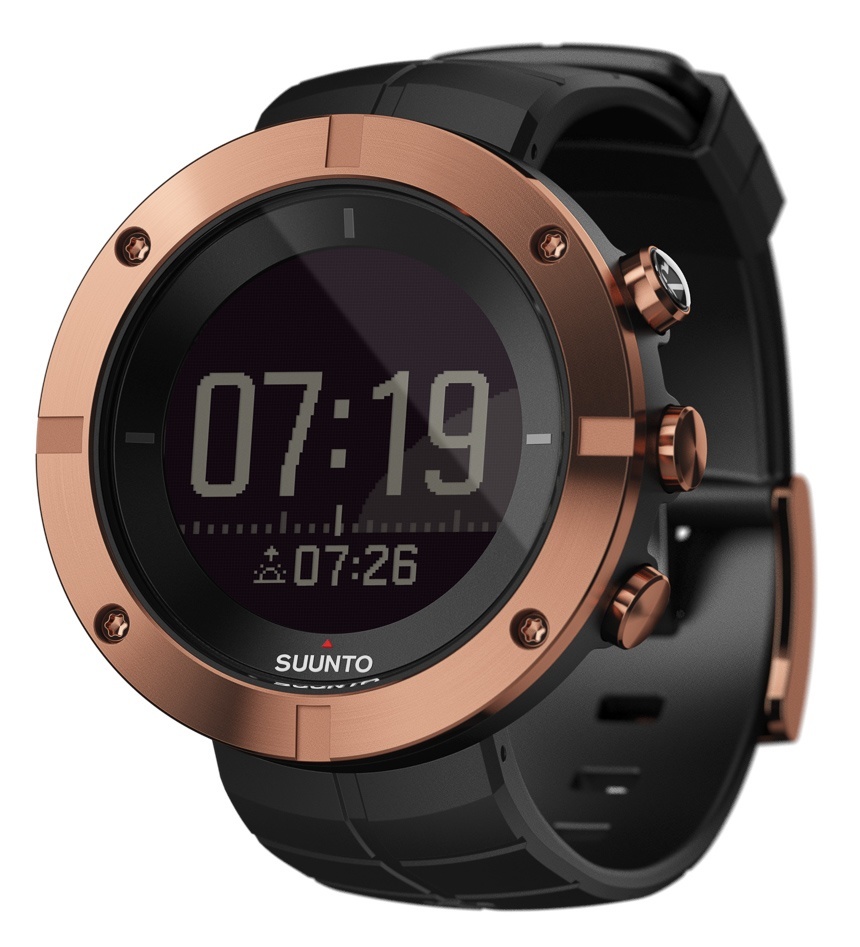 As a premium device from Suunto, the Kailash is both produced in Finland and built using better-than-your-average digital sport watch materials. The case is a “glass fiber composite” which is both hard and light, and more or less like a fancy-feeling plastic. Interestingly, the bezel is colored grade 5 titanium and Suunto (wisely) uses sapphire crystal over the digital screen. Another recently covered premium device from Suunto is the Essential watch (reviewed here), which also exists as part of Suunto’s higher-end collection. A bit of interesting trivia: the Suunto Essential was the first Suunto timepiece aBlogtoWatch covered in just over five years, as the brand had really not been offering too much that was new and noteworthy during that time.

The company did try to enter the “premium digital watch” category previously, with the Elementum collection (review here and here), but with a high price and not enough utility, the collection was more or less a dud. Today, with GPS and Bluetooth connectivity, brands like Suunto and others are trying to bring back the “high-end sports watch” segment with interesting new models that they hope will appeal to a variety of niche users who do everything from play golf to travel like they never want to go home. If you think about it, the features of the Suunto Kailash which make it the most interesting are almost entirely useless unless you find your self trekking away from “home base” at least several times per year.

As someone who spends more than my fair share of time traveling around the world, I find the utility and features of the Suunto Kailash interesting. I may not be as much of a data and metrics nerd as others, but at least it is nice to know there is a smartwatch keeping track of my every move (and recording the details). The Suunto Kailash will initially come in four colors (bronze, slate, carbon, and silver) and will be matched to an integrated silicon strap. No word on case diameter. Official availability is set to begin on October 20th, 2015, and the price for each is $950. suunto.com/Watch-Collection/Suunto-Kailash-Collection 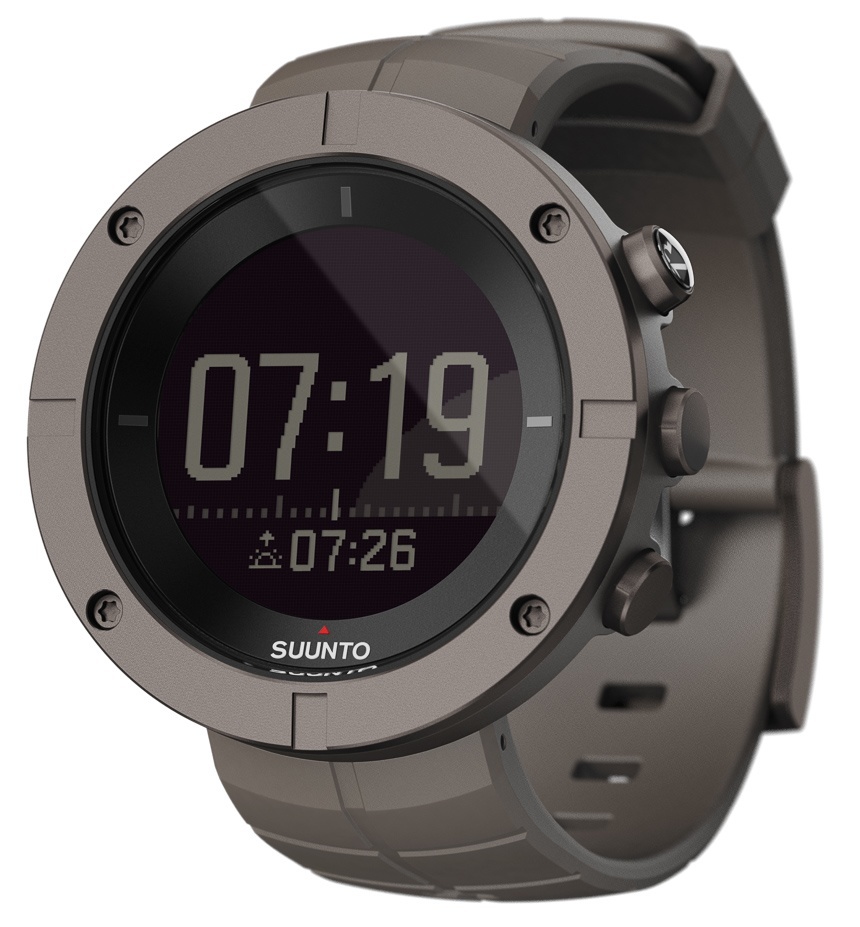