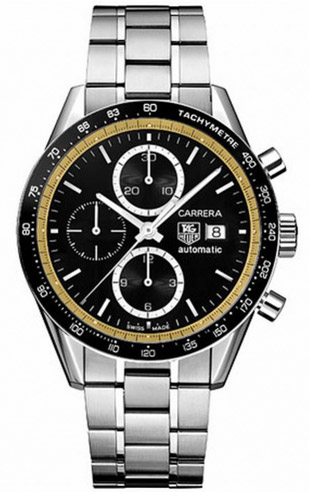 Japan is one of the best places to buy a Tag Heuer timepiece. Not only do Japanese people think Tag Heuer watches kick-ass, but Tag Heuer is constantly releasing special limited edition watches exclusively for the Japanese market. The weird part is that many of them would do totally well outside of the Japanese market. I need to know exactly what the special relationship is between Tag Heuer’s Japanese rep and Mr. Babin (the CEO)! 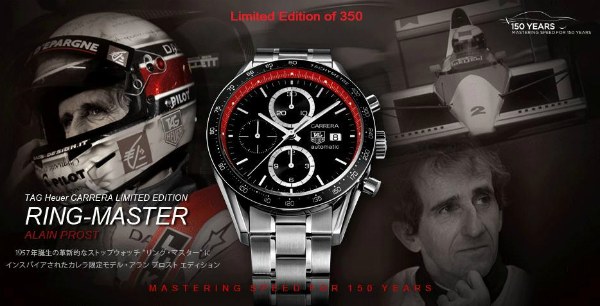 This limited edition collection is based on the popular Carrera model which is big all over the world – only this time with a choice of slick colored flange rings. The are called the Carrera Limited Edition Ring-Master watches (ring-master sounds more like a circus term than it does a racing term). Each of the three models is dedicated to a Formula 1 driver (though almost covertly). The most limited of the trio will be the red-ringed model that is in honor of Alain Prost. This model will be limited to 350 pieces as opposed to the 500 pieces (each) for the blue and yellow models. I also hear that Alain Prost is reuniting with Tag Heuer for some special relationship, possibly an ambassadorship and/or some special watches. 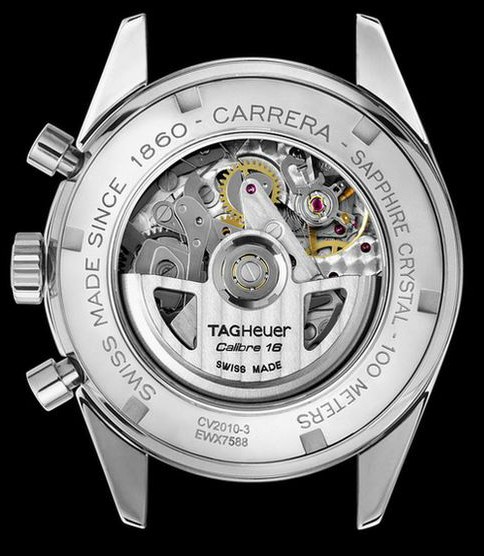 Two other drivers are also done service. The well known Jenson Button as well as Lewis Hamilton. Button’s piece is done with a blue ring and Hamilton gets a sweet looking yellow ring. I think Tag Heuer make a typo when writing Jenson’s last name on their little graphic. I will assume it is spelled correctly in Japanese! See what Tag Heuer did with the name of the watches – because they are called the “ring master” there is a special ring around the dials. 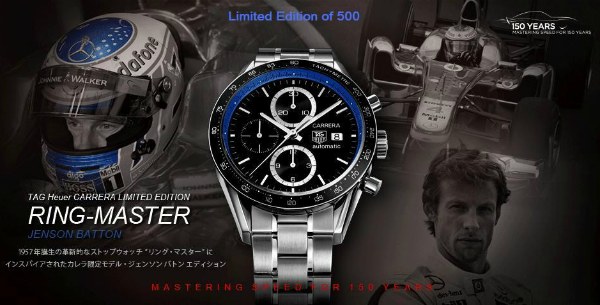 If the image I have of the rear of this Carrera limited edition is correct – then there are no special markings to indicate that these watches are limited, and if so, for whom. If that is the case then it is certainly an oddity – which would make these pieces potentially more collectible in the future. Aside from the rings and the limited edition nature, these are the standard Carrera chronograph models you know and love in steel with a steel bracelet. 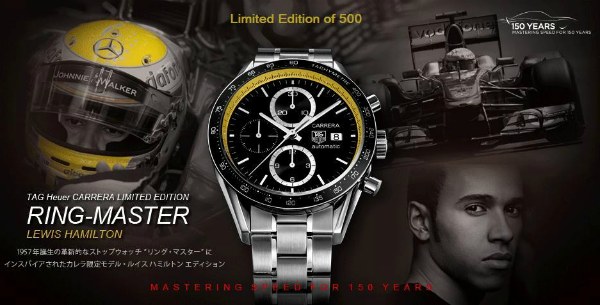 Inside of the watches is the Tag Heuer Calibre 16 – which is their decorated version of the Swiss ETA Valjoux 7750 automatic chronograph. While not extraordinarily different than the standard models, the colorful rings around the dial are fun and attractive, while the limited nature being only officially available in Japan offers a fun intrigue to the collection. Price of each is 420,000 Yen (which is about $5,485 as of the time of writing).