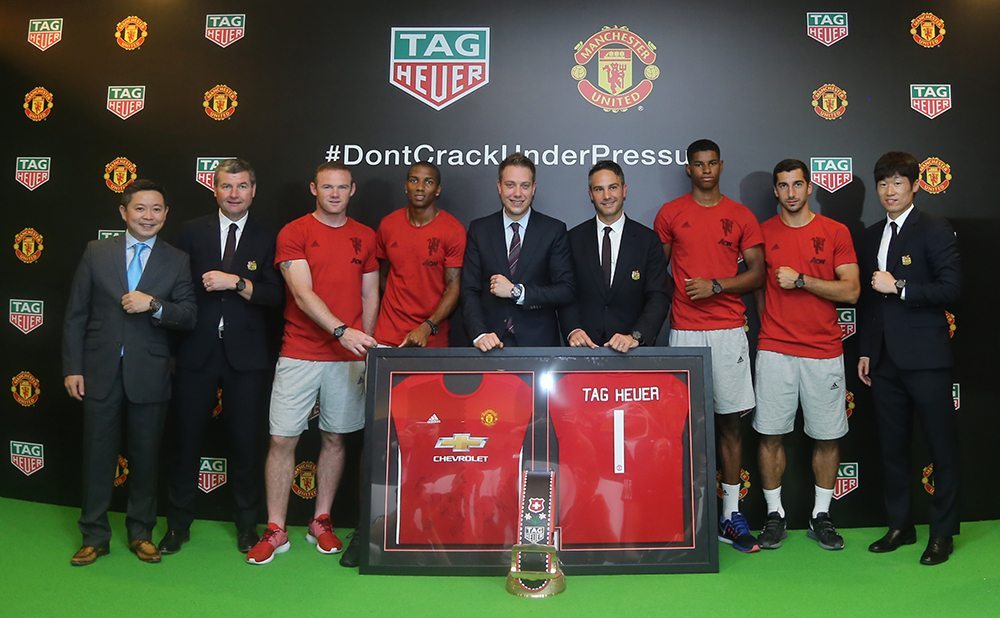 Back in 2013, Bulova took the coveted title of “Official timekeeper of Manchester United” away from Hublot. In about 2008, Hublot’s CEO Jean-Claude Biver had signed what was and still is (I believe) the most followed football (soccer) club (team) in the world with something like 660 million fans. Now in 2016, Jean-Claude Biver gets his beloved Man U back as CEO at TAG Heuer, with Manchester United signing as part of a just announced new global partnership. On more than one occasion, Mr. Biver has called the club “the most prestigious football team in the world.” 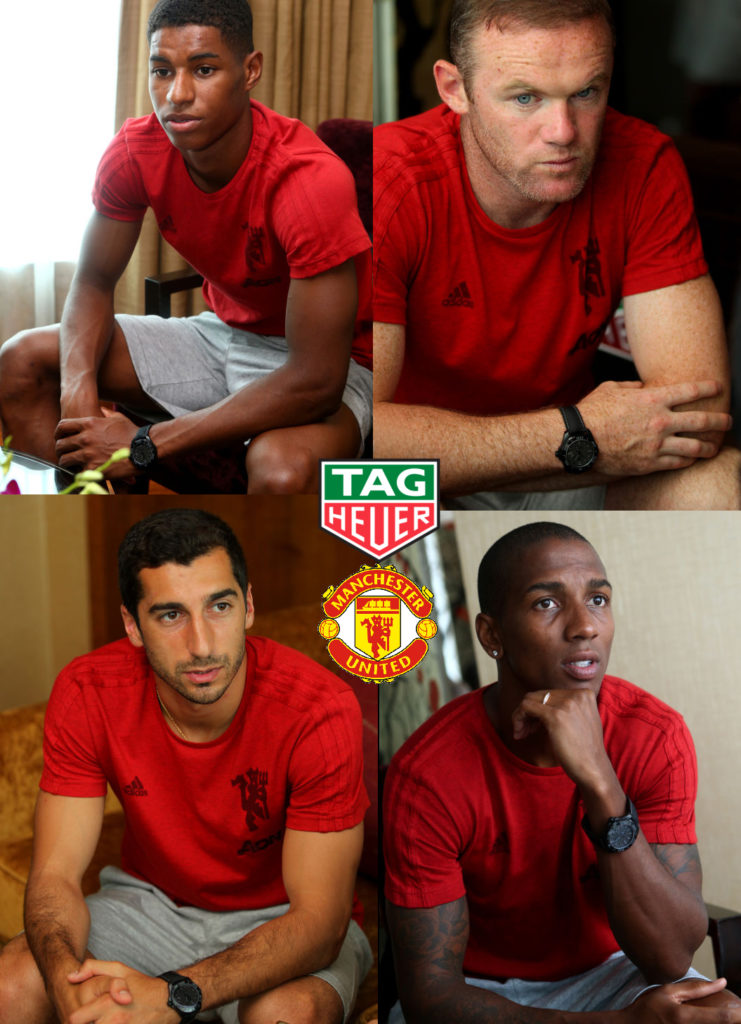 LVMH shareholders will nod their head in approval when realizing that this is part of TAG Heuer’s larger strategy to more naturally enter the Chinese market rather than purely by building up retail stores. Manchester United shares that over 100 million of its fans are in China, with that number growing. With accessible prices, timeless designs, and a lot for generation Z kids to start getting excited about, TAG Heuer is LVMH’s best bet as a global power house watch maker that is able to push the volumes needed to return the brand to its impressive 1990s volume of sales. CEO Jean-Claude Biver has not only been helping TAG Heuer evolve for the future, but is also helping the brand re-discover its strengths. 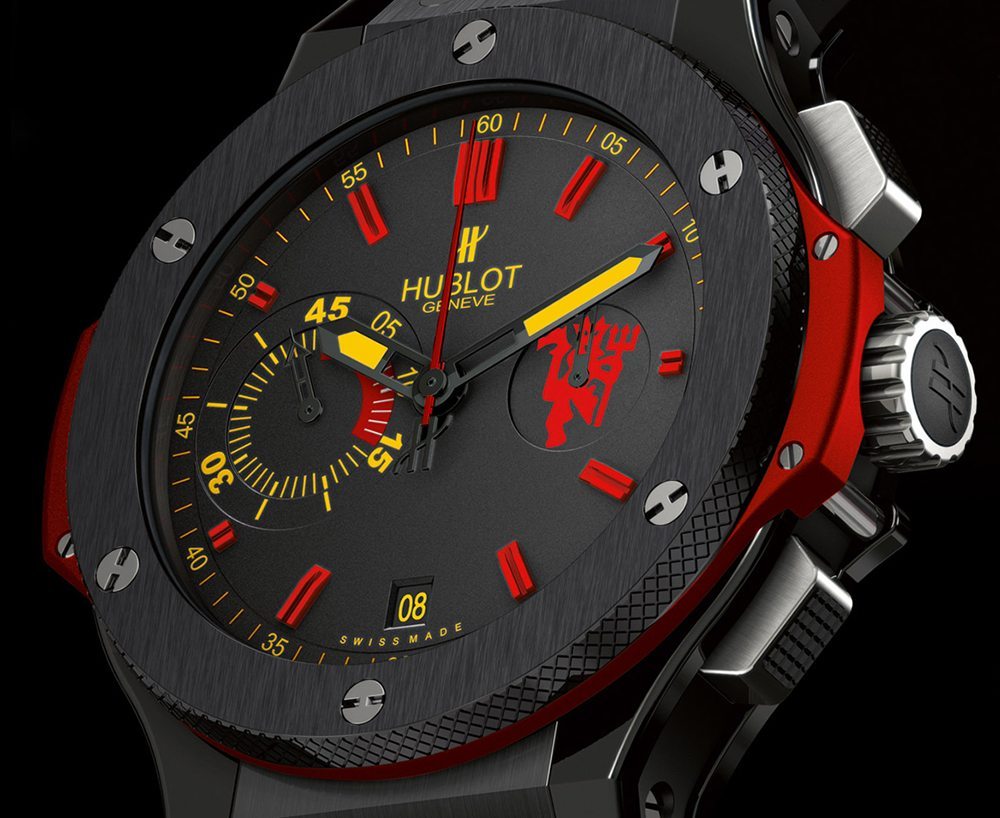 Competitive product pricing is an important part of this relationship because one of the key values to Manchester United when they signed with Bulova (as they told me) was to offer a timepiece that their fans could afford. Hublot’s previous limited edition “Red Devil” watches for Manchester United were pretty cool, but predictably priced outside the budget of most Manchester United Fans. In conversation, Jean-Claude agreed with my statement that the TAG Heuer and Manchester United partnership amounts to the best of both worlds. First, an accessible price point, but also the excitement of Biver’s passions and creative ideas. 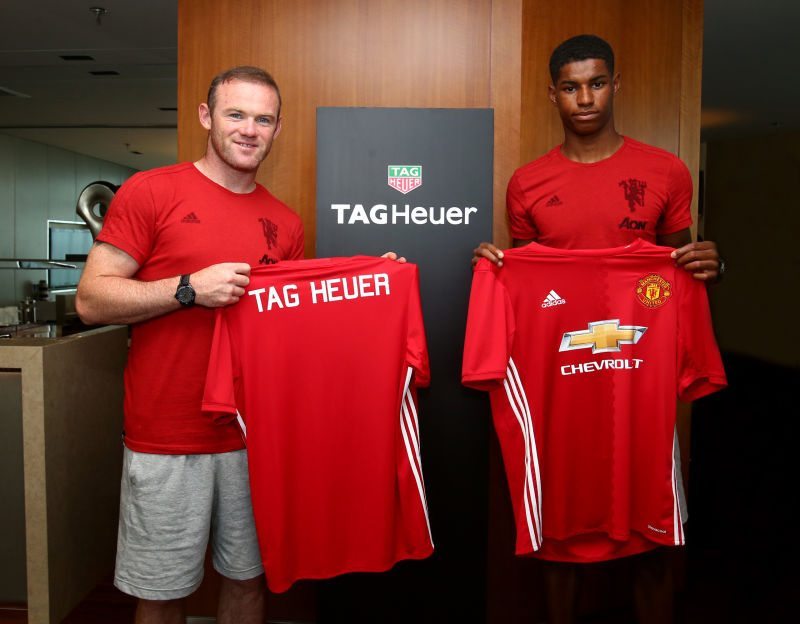 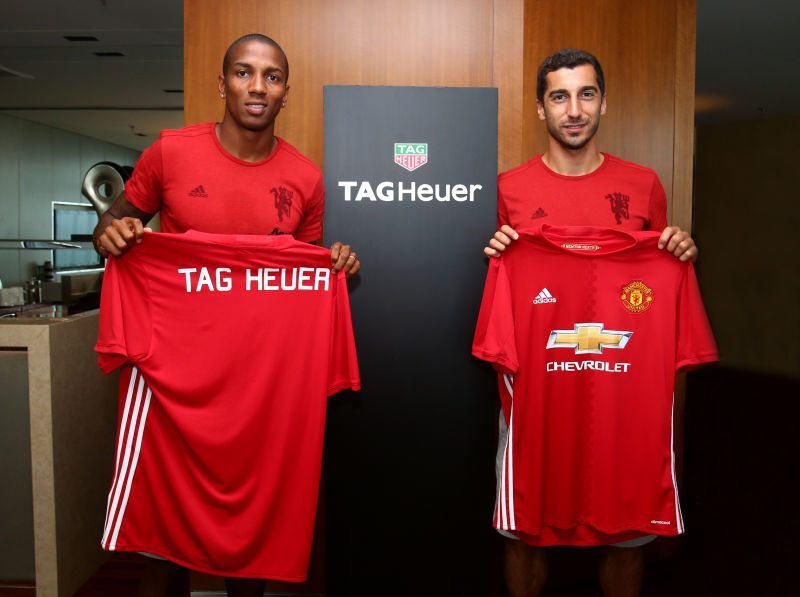 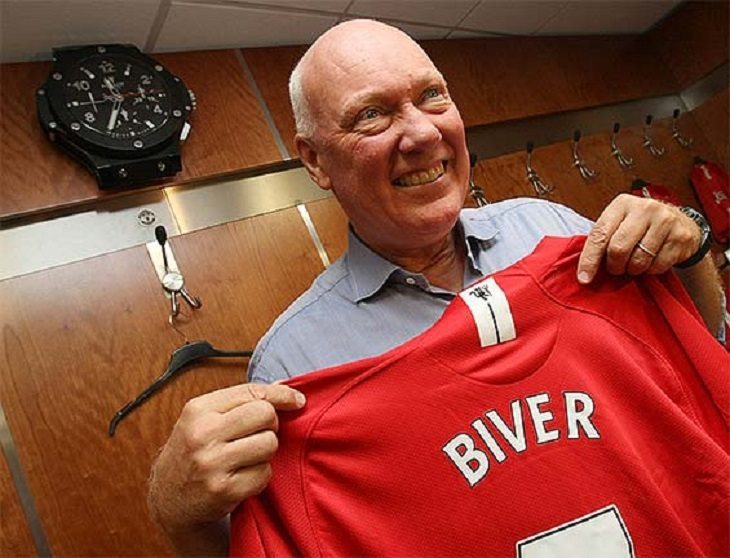 Recall for a moment one of the limited edition King Power watches Hublot made as a Red Devil piece for Manchester United. The hour markers where composed of a strange Hublot-made material that included actual grass from the remodeled Old Trafford stadium that Manchester United plays in. That weird and wonderful attention to detail is why we love this stuff (and why dedicated fans buy it). 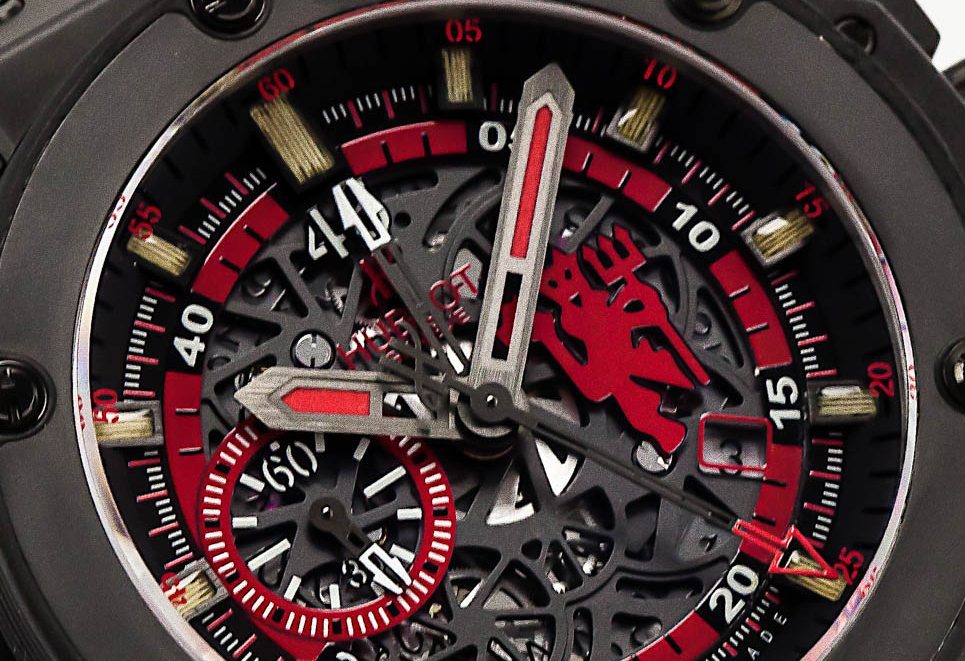 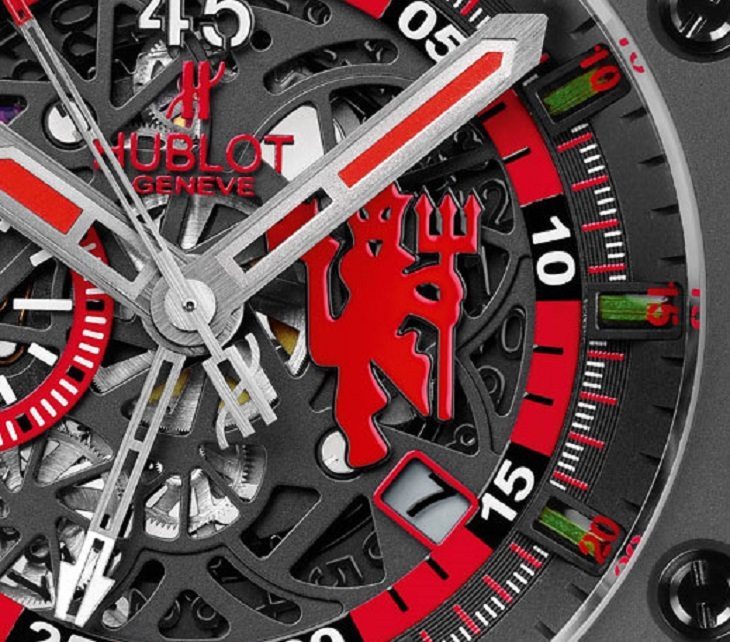 TAG Heuer actually went to Beijing, China, with members of the Manchester United team to announced their new relationship with the brand. One might think that the sponsorship/partnership would be announced in Manchester, England, but the Asia-boost they each want from the relationship prompted TAG Heuer and Manchester United to share the news in the Chinese capital. Right now, no first limited edition or special watch has been mentioned yet. But one is coming soon. 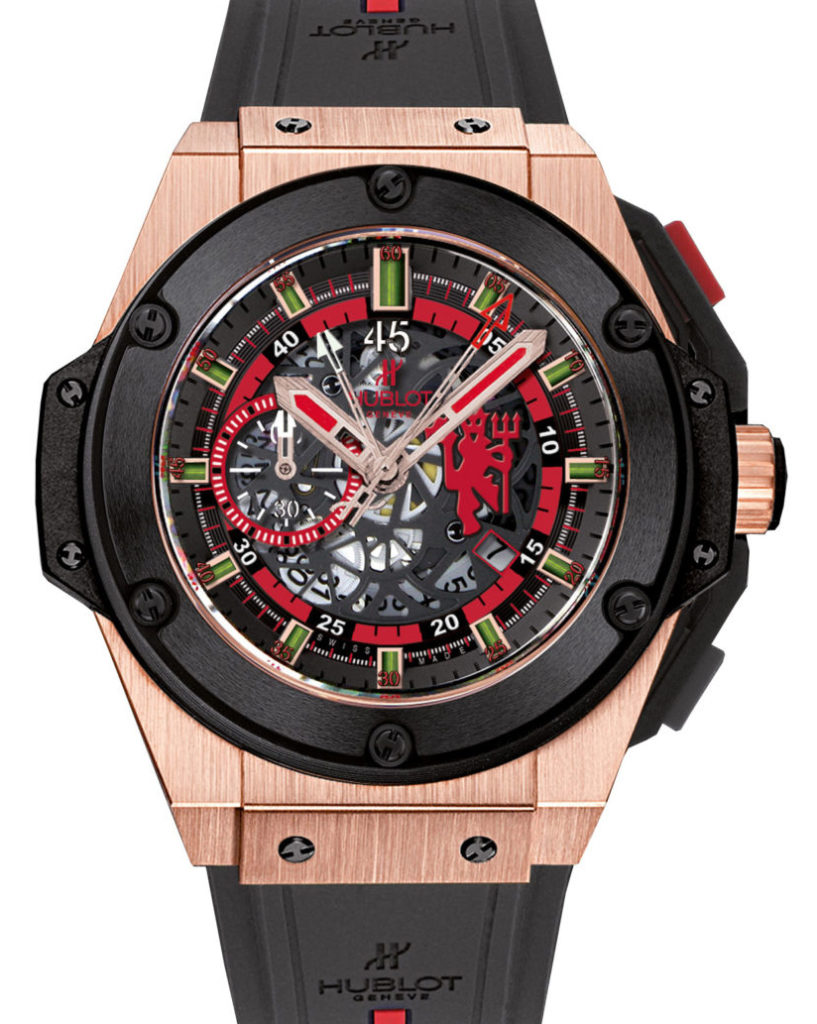 Jean-Claude Biver is openly dedicated to giving Manchester United fans an “accessible Swiss luxury watch brand.” I read that to mean not just a few nice products, but a brand that they feel is both high-end and understands their needs as watch and sports lovers. Mr. Biver actually feels the new TAG Heuer relationship with Man U makes sense for him personally, as it marks the almost 10-year anniversary of when he initially worked with the British football team. For him, this new chapter represents a maturity of the relationship, and he is confident that he can apply what the two brands have learned in the last decade towards a more high-volume product like TAG Heuer timepieces as compared with Hublot. 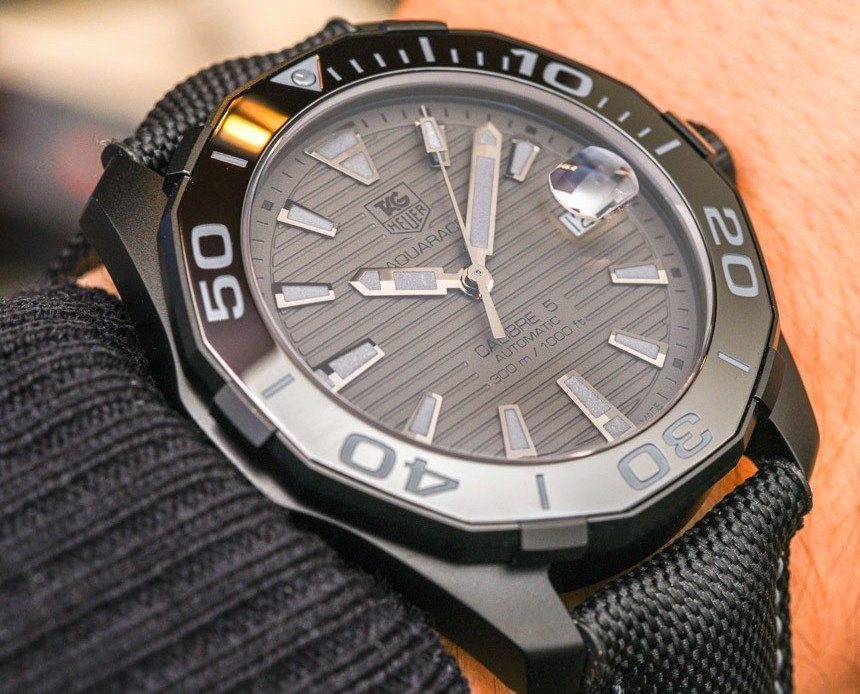 The first watch that we will surely see soon will be called the TAG Heuer Special Red Devil Edition watch. Until its launch, it looks like the Manchester United players will be donning TAG Heuer Aquaracer 300M all-black phantom diving watches. Now comes the work to train all the players on who makes the watches they will all be wearing. tagheuer.com