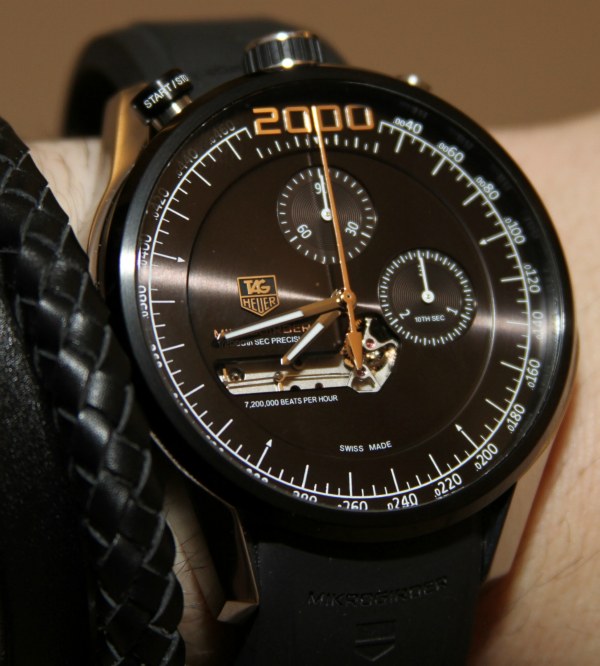 I caught up with Tag Heuer CEO Jean-Christophe Babin to discuss their newest and most precise chronograph watch ever, the Mikrogirder 2000. You might have realized that each 8 months or so Tag Heuer seems to be coming out with a new super chronograph that apparently defies the laws of physics and horology. The ever-charming CEO is a cool guy and has lots of street cred with me for knowing, in pretty intimate detail, the science behind the watch and what Guy Semon’s team at Tag Heuer needed to overcome to make the bloody 5/10,000th of a second chronograph work. 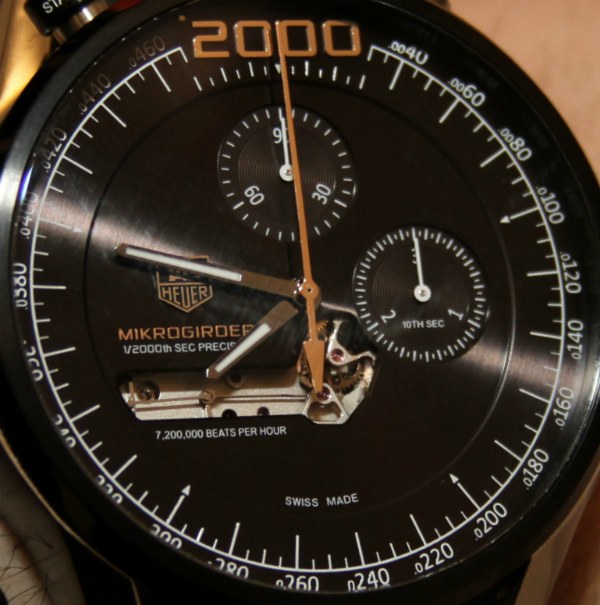 “We are reaching the mechanical limits of how precise a chronograph using traditional techniques can be.” Jean-Christophe is basically saying that there isn’t going to be much more beyond the Mikrogirder in terms of precision. If you want to get crazy precise you go electronic he admits. He likens the issue to plane engines using a propeller and then jet engines. There is just so fast a prop can go before you no longer have the power or structural integrity to turn it. Jets are great for distance but for short intervals they just require too much power. The Mikrogirder itself pushes the limit of technology with an incredibly high frequency chronograph that has only 4 minutes of power reserve. The time telling part of the watch has more of course as it relies on a more traditional system to power it. 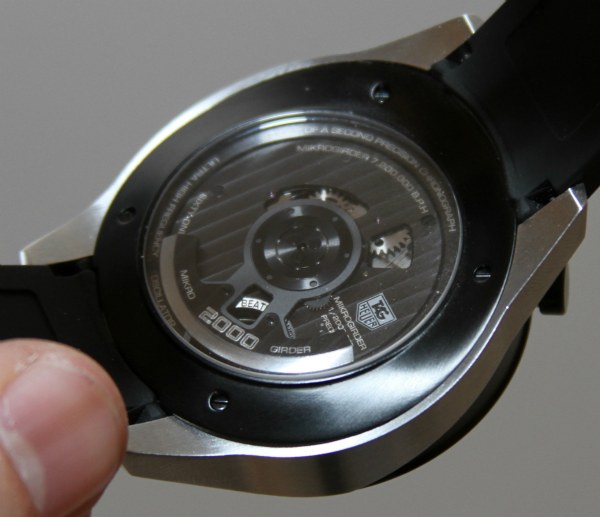 “It makes no sense to produce a chronograph with a power reserve of 20 seconds,” in his opinion. I agree. The Mikrotimer from last year was a big achievement for being able to measure 1/1000th of a second. The central seconds hand flew around like crazy needle and the world marveled at the technology. Mr. Babin was wearing one on the opposite wrist of the Mikrogirder. He personally tests these watches on a daily basis. The watches are then sent to the lab for analysis to see how they hold up. The wear and tear on a machine when an escapement moves so fast is intense and must be engineered really specifically.

The Mikrotimer was never supposed to be a commercial product. Babin mentioned that Tag Heuer actually produced and sold 11 of them. If the Tag Heuer Mikrograph before it (1/50th of a second) cost $50,000 – I can’t imagine what the 11 Mikrotimers sold for (I hear it was 65,000 Euros each actually). There are no plans for a commercial Mikrogirder, but it could easily happen as a special limited set for select customers. It is a cool item of interest for those who can appreciate this precise timepiece toy. Playing with it is undoubtedly fun. Mr. Babin was showing it to VIP Tag Heuer retailers and constantly winding the crown as the power reserve is so short. It is a novelty through and though – just one with a lot of R&D behind it. 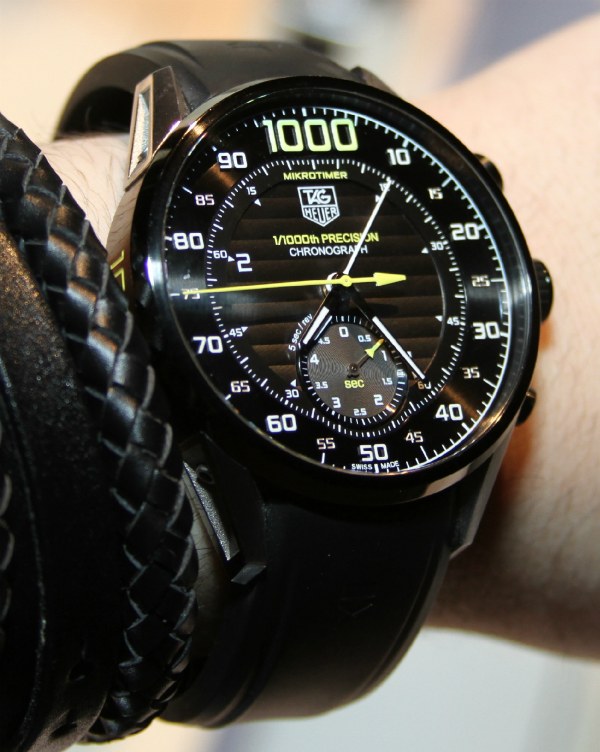 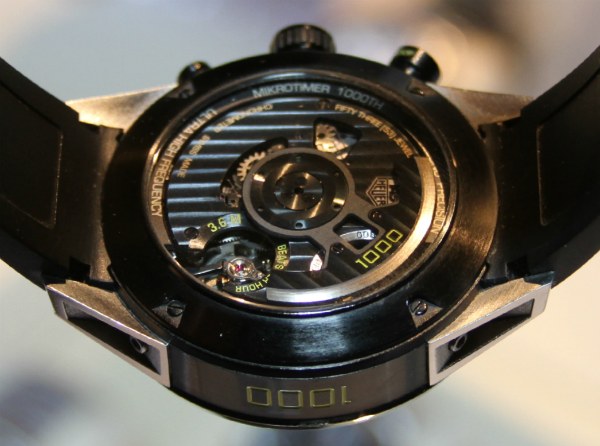 The large watch has a slick look to it and a bullhead style layout with the crown and pushers on top. The case is likely finely machined steel, with an evolved look based on the watches that came before it. The rapid development of such timepieces likely hints to future Tag Heuer watch designs of models we have yet to see. Tag Heuer’s bread and butter is lower-end entry level luxury watches but their high-end watches have caused quite a stir over the last few years. The first of which was the famous Monaco V4.

On the wrist the Mikrogirder is big but fun looking. The dial is deceptively simple given what it does. Reading it is another story as it requires some math. Seriously. Mr. Babin himself explains it in the video that I recommend you watch to see this little guy in fast action. The mechanical automatic movement tells the time and has a chronograph that measures 5/10,000 of a second. The chronograph operates at 1000 hertz. A standard mechanical watch operates at 4 hertz. Quartz watches are in a different territory of speed, but we are talking machines here, not electronics.

To measure the intensely quick speeds the chronograph needed to ditch the traditional balance spring escapement system. The new system is more like a violin. Yea. String instruments work because strings move at specific frequencies. The size of the string and speed of the movement determines the sounds. A violin works because one string caresses another to create a vibration. The same system is used in the Mikrogirder, but Tag Heuer uses metal “blades.” They are seen through an opening in the dial and can be viewed vibrating quickly when the chronograph is in operation. I don’t claim to fully understand the system, but it works. The blade vibrates at 7.2 million times per an hour. Pretty wild if you ask me, and it takes some serious creativity to develop this system. Ironically enough it is a principle that has been studied and around since the 18th century. Mr. Babin was keen to share that this new machine is really based on modern implementations of historic technology. 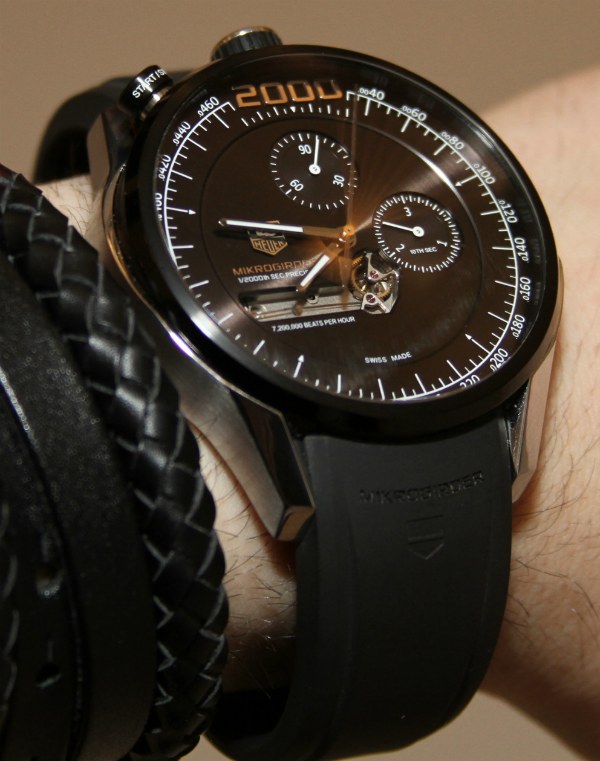 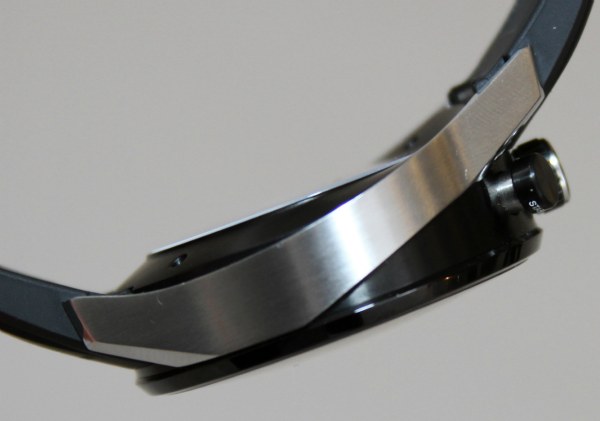 Reading the chronograph is tough and it doesn’t measure very much time. You can listen to the video for more explanation as I like how Tag Heuer’s CEO explains it best. To sum up how much time you have measured requires adding up information from the central “flying” 5/10,000th of a second hand and the other two subsidiary dials. I get that while the Mikrotimer has “1000” at 12 o’clock on the dial it makes sense for this model to have “2000,” but I still don’t get the reason for “2000” aside from it being more than 1000.

While there is likely an engineering reason I don’t understand the name “Mikrogirder.” Maybe they call the metal blades “girders,” but not once did anyone I spoke to at Tag Heuer actually say “girder” outside of “Mikrogirder.” The new Tag Heuer bronze colored logo on the dial is quite attractive. I like that it does have its own personality to it and that it is not just a hobby watch for the brand. The tiled dial and overall design does however remind me of the legendary Seiko Spring Drive Izul. I don’t think that was an accident and Seiko and Tag Heuer have a nice relationship. 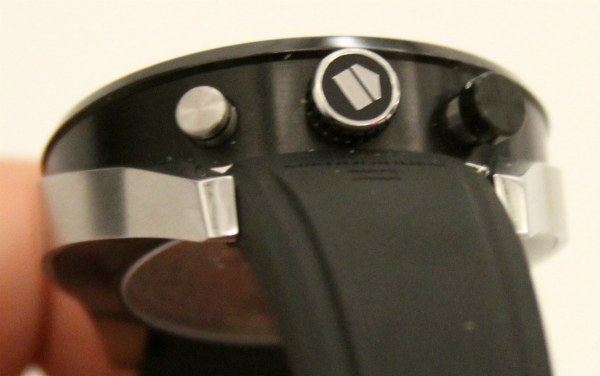 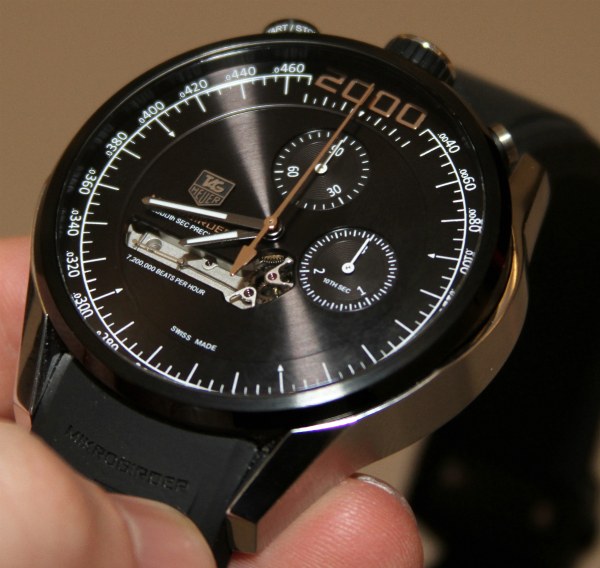 I would love to wear a watch like this and measure silly little things like people sneezing or how long it takes for me to actually respond with my fingers to starting and stopping stuff. When it comes down to it all of this super precise measuring is made limp by the response time it takes for mental decisions to translate into manual actions. Make a chronograph that is mind controlled and then you are talking cool stuff.

You can’t help but applaud with eager hands how interesting this technology is. Tag Heuer didn’t do it for profit but rather for fun and branding. It makes all of their stuff look good and maybe, just maybe some of this technology will make it into mainstream watches in the future. For the time being it is enough for me that Tag Heuer’s CEO spends at least some of his time talking shop with the R&D team and not going over international sales figures and operational expenses. Thanks for keeping it interesting Tag.