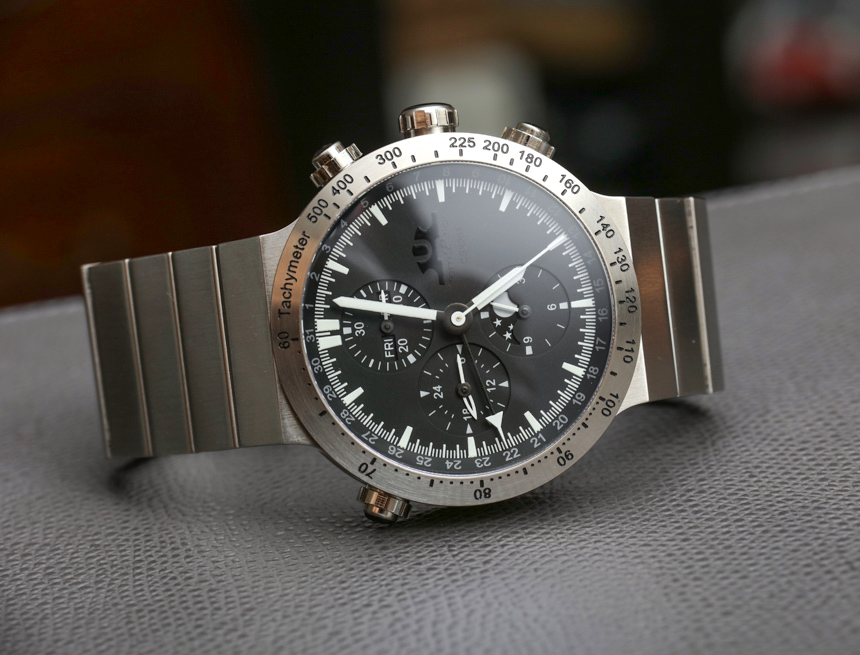 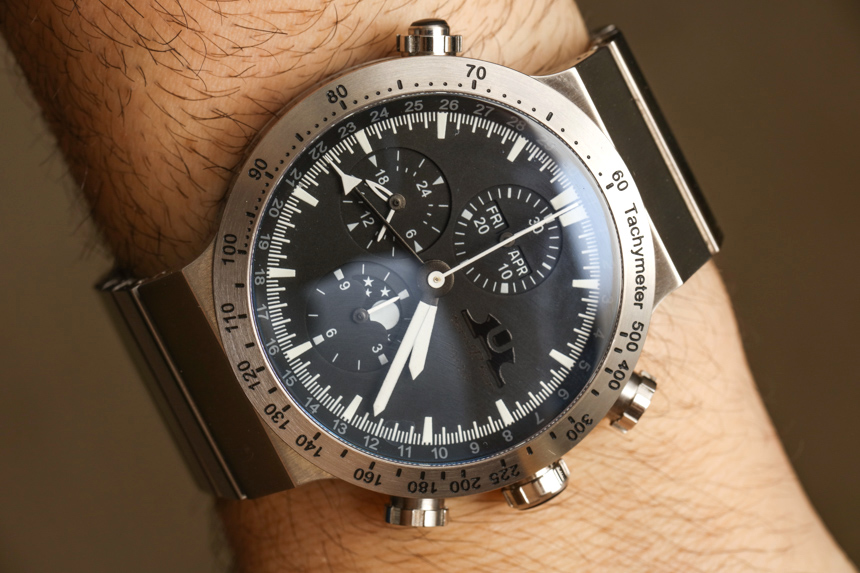 What I love about reviewing a watch like the Temption CGK205 is that there are almost no “brand preconceptions” to deal with since most people haven’t heard of it. As much as people will always be interested in big name brand luxury watches, some of the biggest “movements” in the watch industry happen within the larger context of micro-brands. In essence, these are the small operation watch brands that don’t find you, but rather that you need to find – and in my opinion some of the best ones are from Germany.

One of the most attractive things about small watch brands is that you don’t need to pursue novelty to find cool ones. It is entirely possible to discover a brand that is a decade, or more, old on a somewhat regular basis and still be amazed at what is possible in the world of watches. The depth and richness of variety that the industry allows is vast, ranging between major watch makers who produce over a million timepieces per year to little guys like Temption who produce under 1,000. Some brands produce even less at under 100 watches per year. 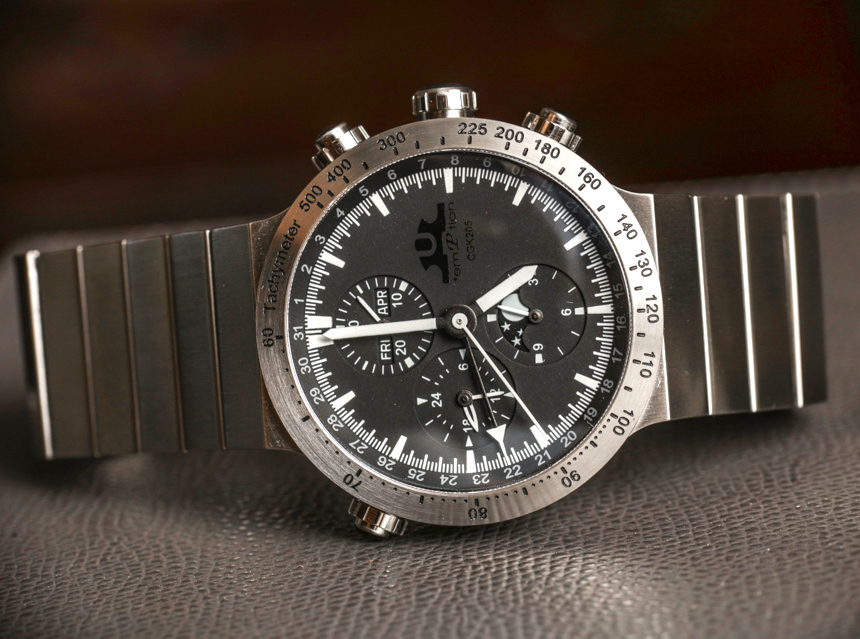 Who makes these small brand watches and why is part of why I personally find them so compelling. For the most part, these are individualists and artisans, not business people and entrepreneurs. Klaus Ulbrich founded Temption outside Stuttgart, Germany and continues to make watches true to his original vision, and in his way at his dedicated workshop paying little attention to what the rest of the industry is doing. Very few industries even allow for this to occur, allowing for most watches to more or less function the same, but to come from vastly different industrial beginnings. 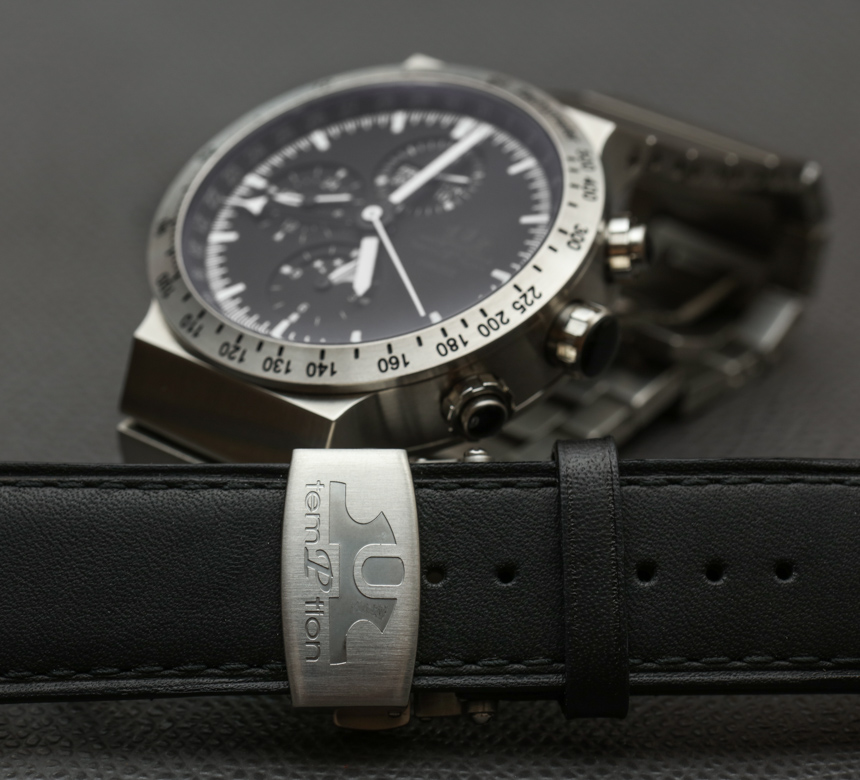 I don’t know Klaus very well, but I recall a meeting with him several years ago during one of my first trips to Baselworld. Down the street from the main show, Klaus was sitting in a basement showroom beside a folding table with some of his watches on it. He was surrounded by similarly stalwart German watchmakers who spoke plainly and more or less acted as though they were selling industrial machine parts and not artwork. It was refreshing and almost whimsically austere when you consider its surroundings. 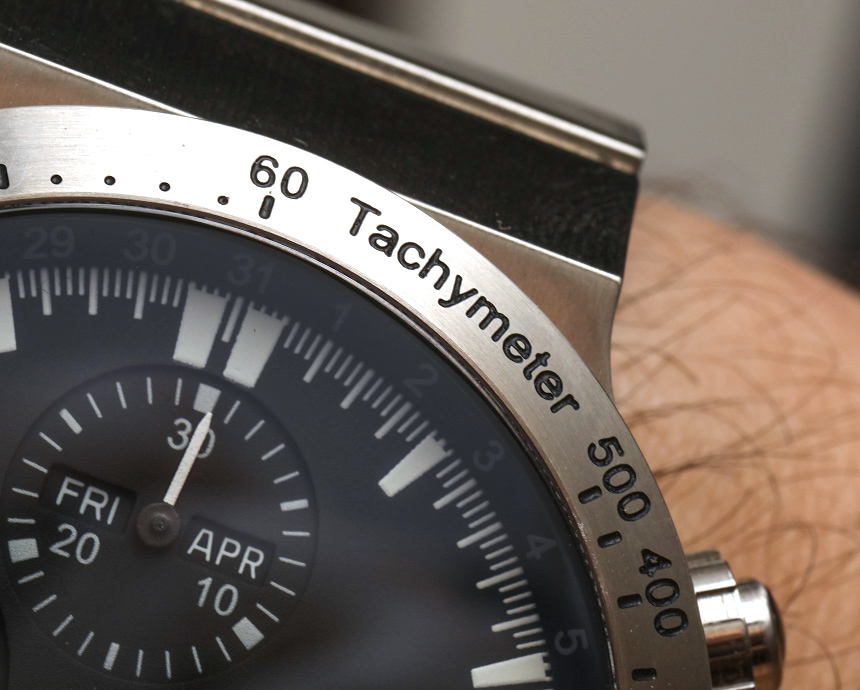 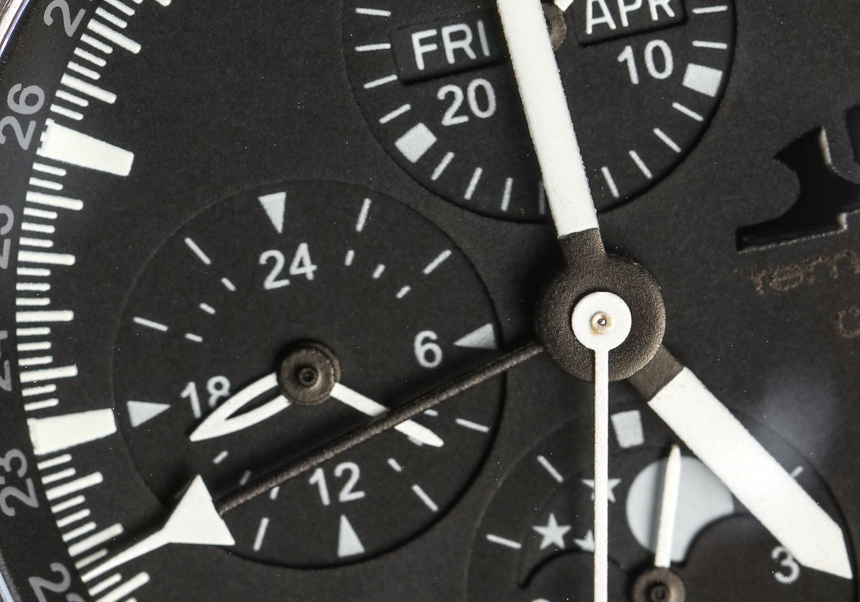 That’s really the funny thing about watches – that they are both instruments to measure time and pieces of art at the exact same time. Given their prices they are also luxury items, and given their personal connection to a wearer sitting on their wrist at all times, watches take on enormous sentimental value as well. With that said, you can’t be a watch without being a tool, and you can’t make a tool without being a machinist. 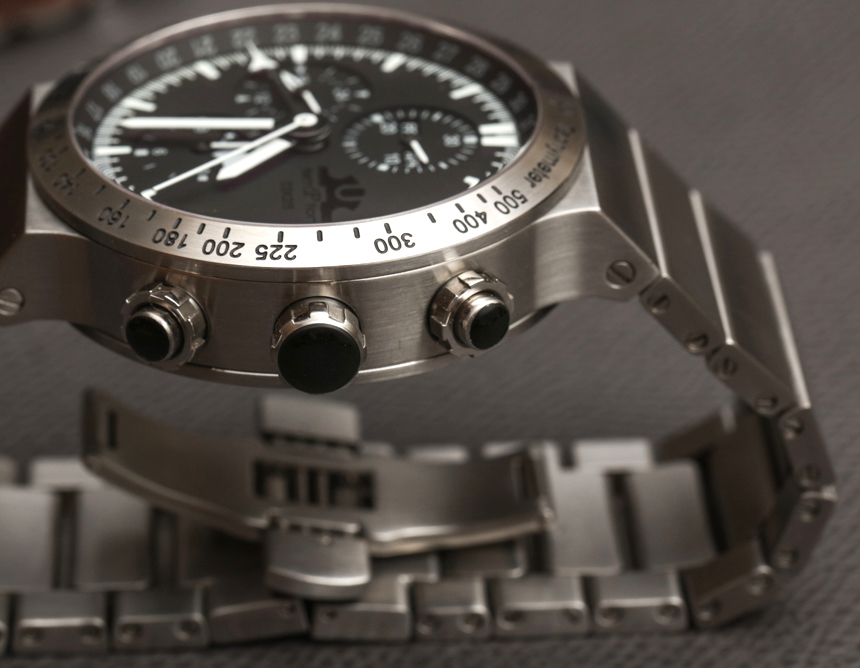 To learn more about Klaus Ulbrich, his personal aesthetic, and history you can read this interview here. This review isn’t about him, but since he is the person behind the brand it is important to understand where all this stuff comes from, and what I mean when I say that the core Temption aesthetic is a combination of traditional German Bauhaus and Japanese Wabi-Sabi. 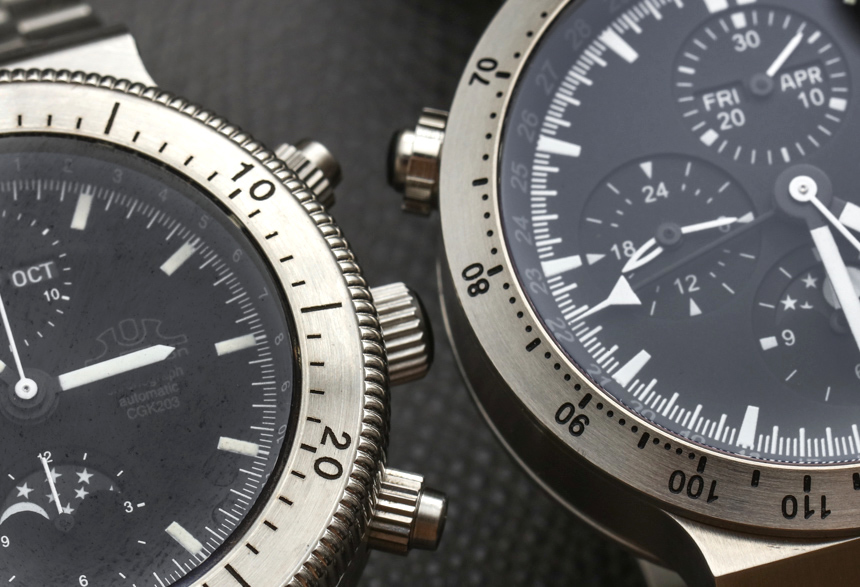 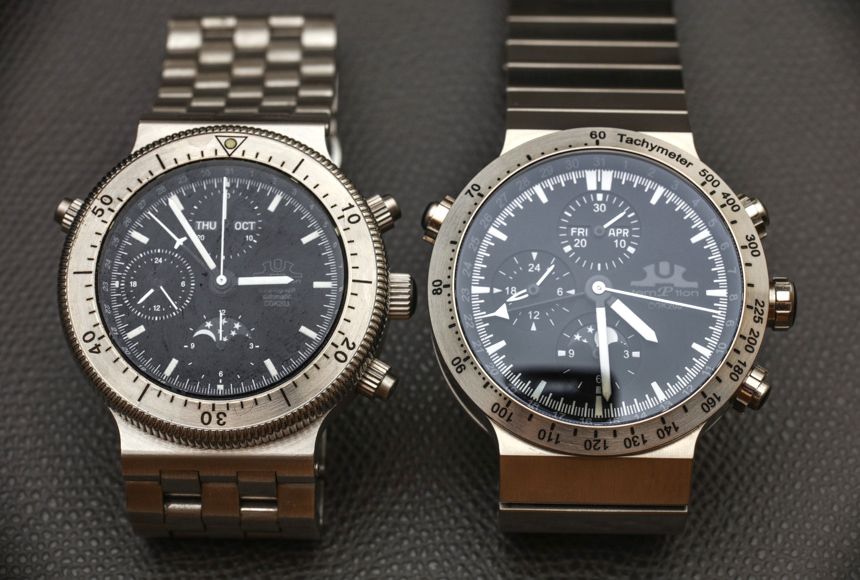 My personal journey with Temption began over a decade ago. It was in fact one of the first watches I loved when I initially got into timepieces in the early 2000s, and it was the first watch I ever reviewed on aBlogtoWatch. I reviewed my Temption CGK203 watch back in October of 2007 when this website was only about a month old. A lot has changed in 9 years right? 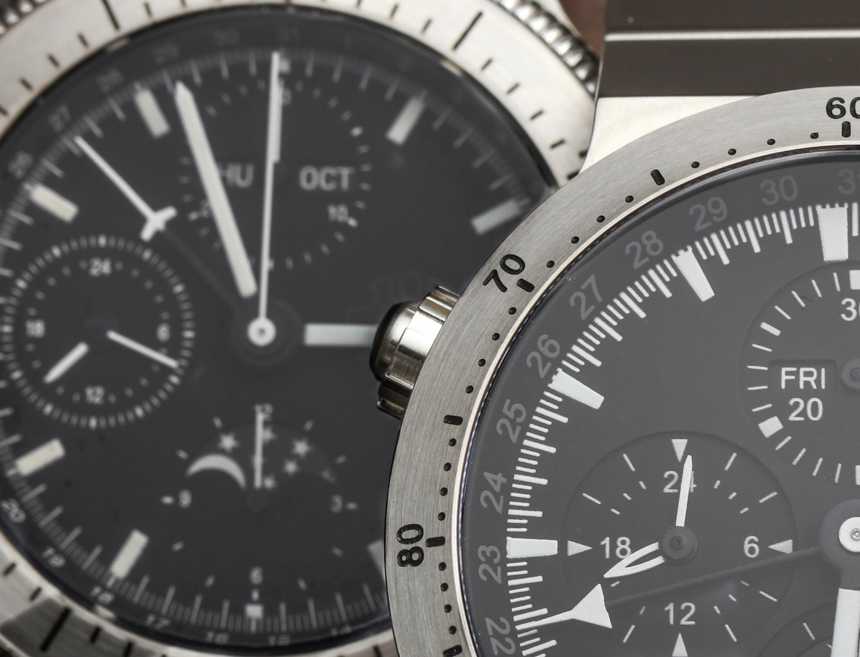 I still have and really love my Temption CGK203, and while the CGK205 isn’t per se a replacement, it is an evolution. Also, you can buy a CGK205 today, which I am pretty sure is not the case with the CGK203. Why did I first become attracted to the CGK203? In earnest I think it was because the black and white dial with its legibility and utilitarian feel reminded me of an Omega Speedmaster. More so, something about the design was a bit more artistic and avant garde than an Omega, a thing I was really attracted to at the time. I also liked that Temption was a small brand known only by a small number of people around the world. That did, and still does bear weight with me, even though it doesn’t prevent me from loving watches produced by big brands that everyone knows… like Omega. 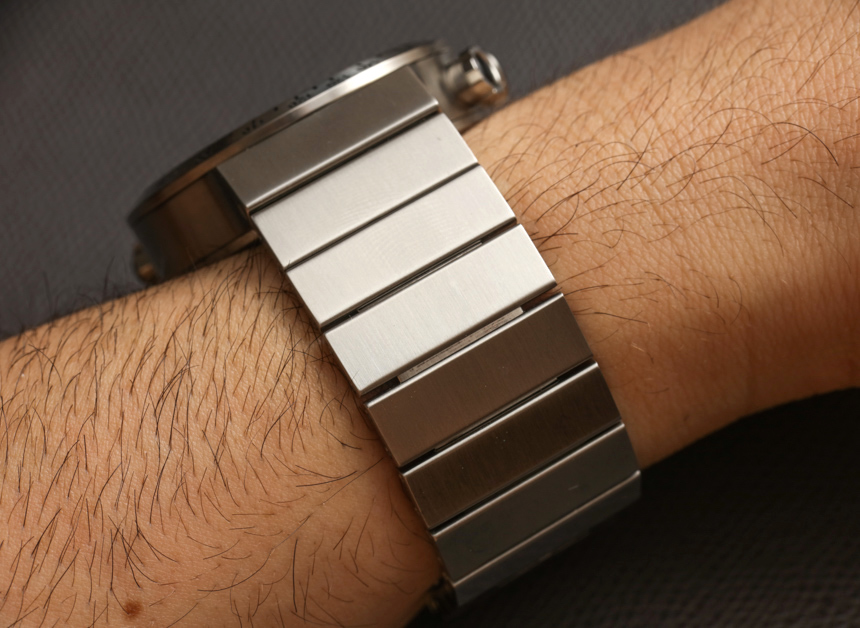 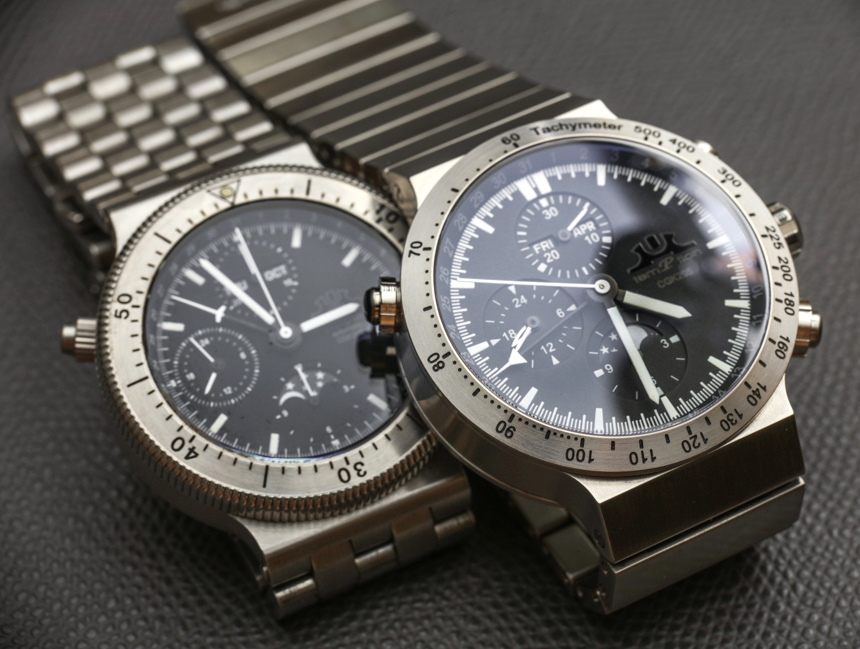 In the review video you can see me compare the Temption CGK203 to this CGK205. The theme and movement is the same, but these are different watches in terms of case, dial, crystal, and bracelet. Inside the watch is a Swiss ETA Valjoux 7751 automatic chronograph movement. This less popular movement is full of functionality, but is hard to design a dial around. With that said for the functions it has it also comes with a fair price. Temption also happens to offer the fully decorated version of the 7751 that includes a lot of nice perlage polishing and blued steel screws. 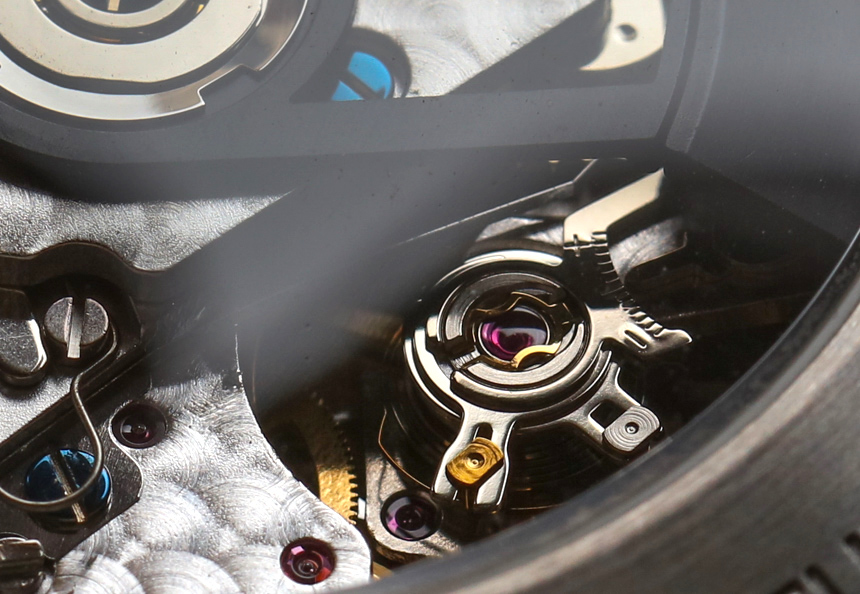 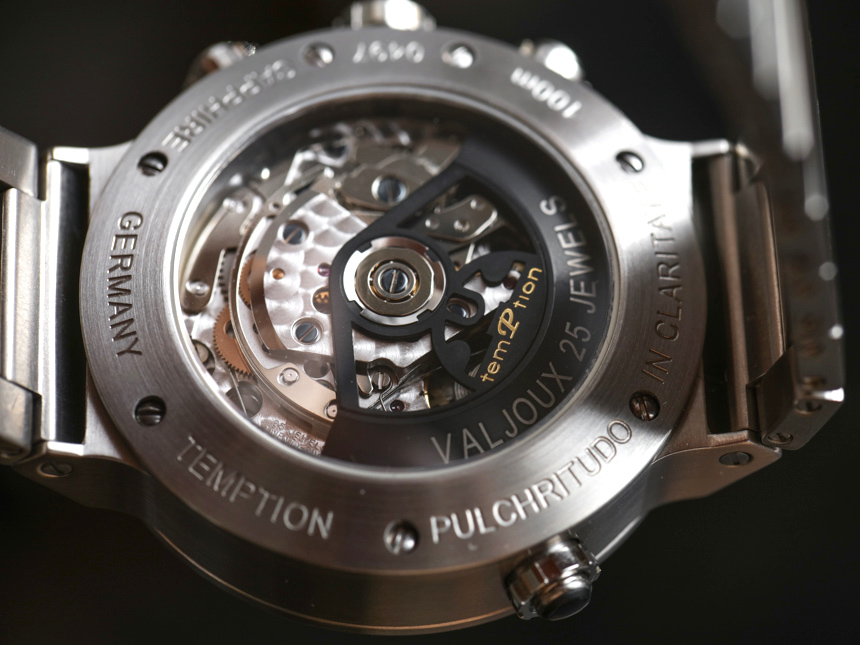 The custom black-colored Temption automatic rotor is nice, along with its quirky statement of “Valjoux 25 Jewels” printed on there. Yes, this text doesn’t really need to be there, but I appreciate it. Why? No, I don’t care about the movement having 25 jewels. Rather, I appreciate that Mr. Ulbrich isn’t trying to claim he made the movement, as so many others negligently do, but rather celebrates the actual Swiss origin of the movement. This is the “no BS German approach” to watch making as I call it. 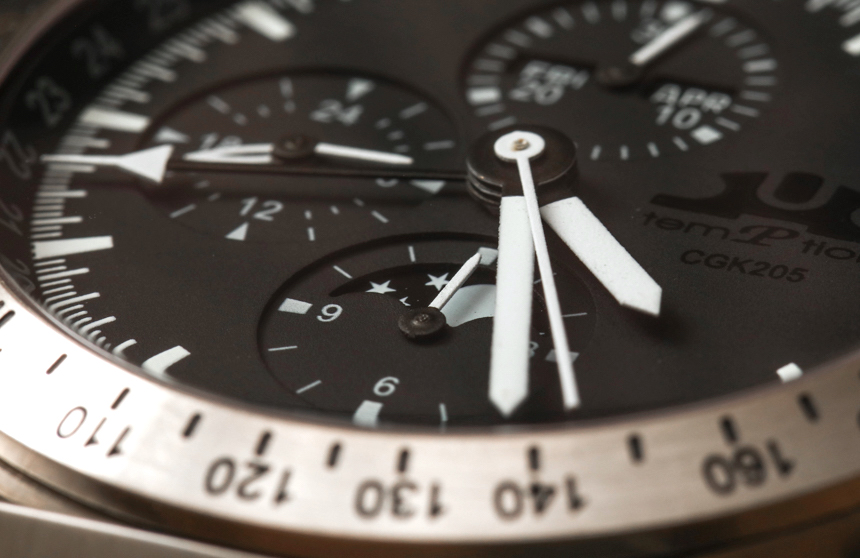 The Valjoux 7751 automatic is essentially a 7750 with some additional complications added to it. The base movement has the time with a 12 hour chronograph, and the 7751 designation adds a complete calendar with windows for the day of the week and month along with a pointer for the date, synchronized 24 hour hand with AM/PM indicator, and a moon phase indicator. While a complete calendar isn’t as fancy as an annual or perpetual calendar, using the crown along with the screw-down pusher at 10 o’clock, the calendar data can be adjusted relatively easily when needed. 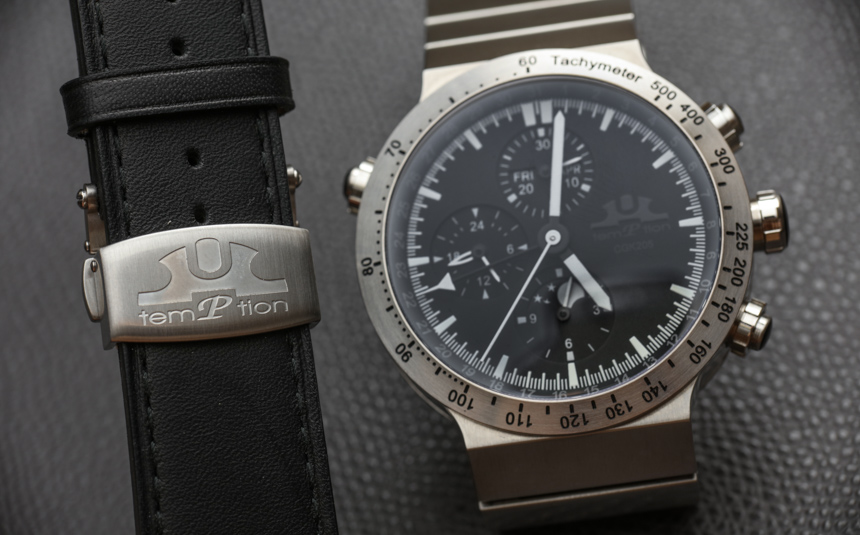 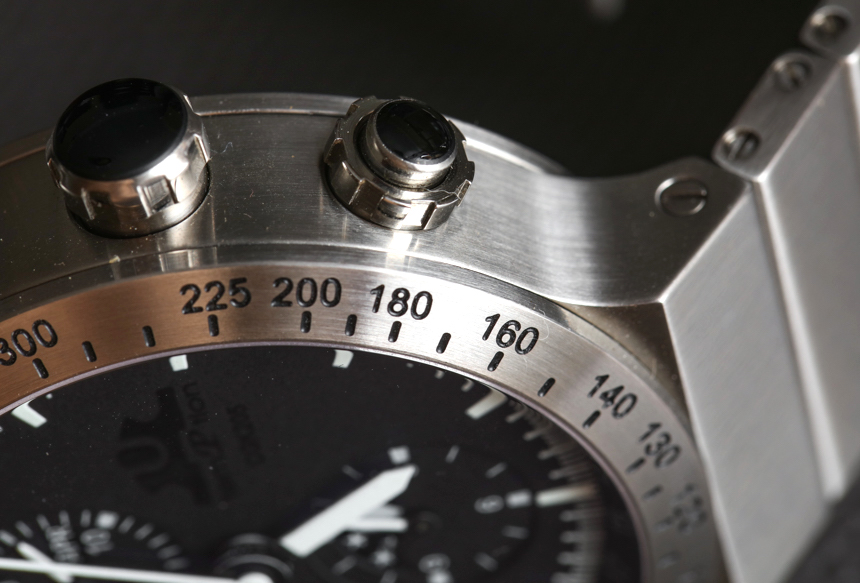 Temption dedicates the entire right-side of the dial to placing its signature black-on-black application of the logo. They actually made it easier to read the logo on the CGK205 versus the older CGK203, where the logo didn’t have as much of a texture difference. Easy to read hour and minute hands offer excellent contrast against the matte black dial, and Temption is thoughtful enough to offer a variety of looks to the hands so you are less prone to get them mixed up. 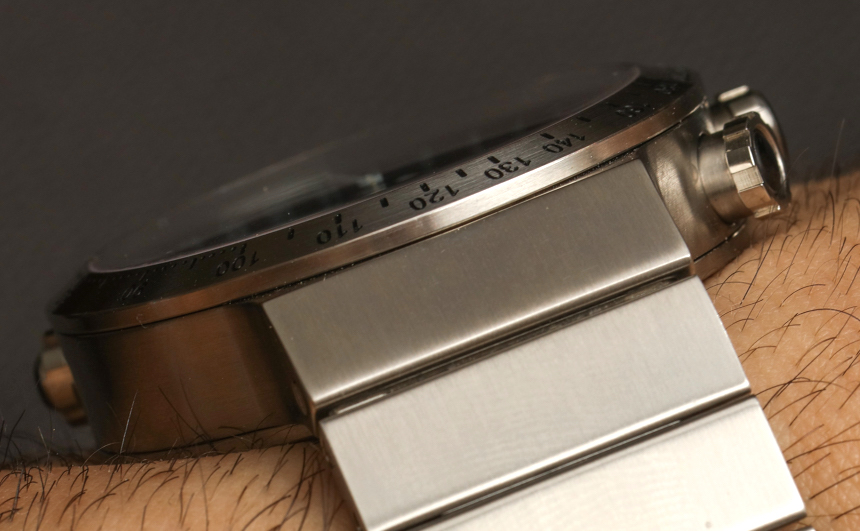 I should note that what I am reviewing the “version 2” of the Temption CGK205 that was originally introduced in 2012. This offered an updated dial to the original Temption CGK205 that was initially introduced one year earlier in 2011. Temption made some smart updates and improvements to the dial, which I think benefit the overall look. For the most part, few people have even seen a generation 1 CGK205. To make things more complicated, Temption further updated the CGK205 in 2016 with some minor tweaks such as making strap changing a bit more simple. In case you are wondering, as of the time of review, this watch is the most current Temption CGK205 available. 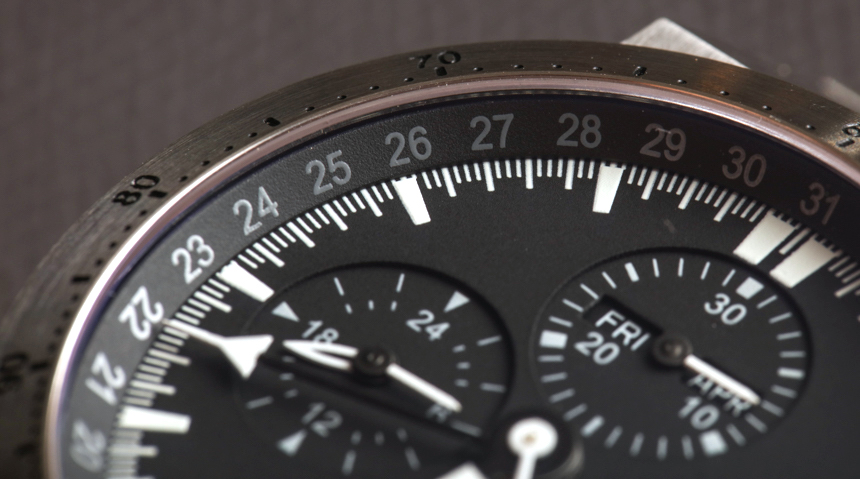 For the money, it is very hard to find watches with a better fit and finish than those produced by dedicated boutique German watch makers. In fact, I’ll go as far as to say that if you want to know what many timepieces should cost, then see what small German watchmakers charge. At a price of slightly over $3,000, there is a lot of watch here. The nicely brushed and finished steel case is 43mm wide and made in a modern yet traditionally Bauhaus aesthetic. Well, if Bauhaus did sport watches. One of my major gripes with many (many) “Bauhaus watches” is that they look so safely minimalist it looks effeminate. It isn’t to say that many of them are girly, but rather that they are so subdued and without much personality that they lack a sense of strength and determination. 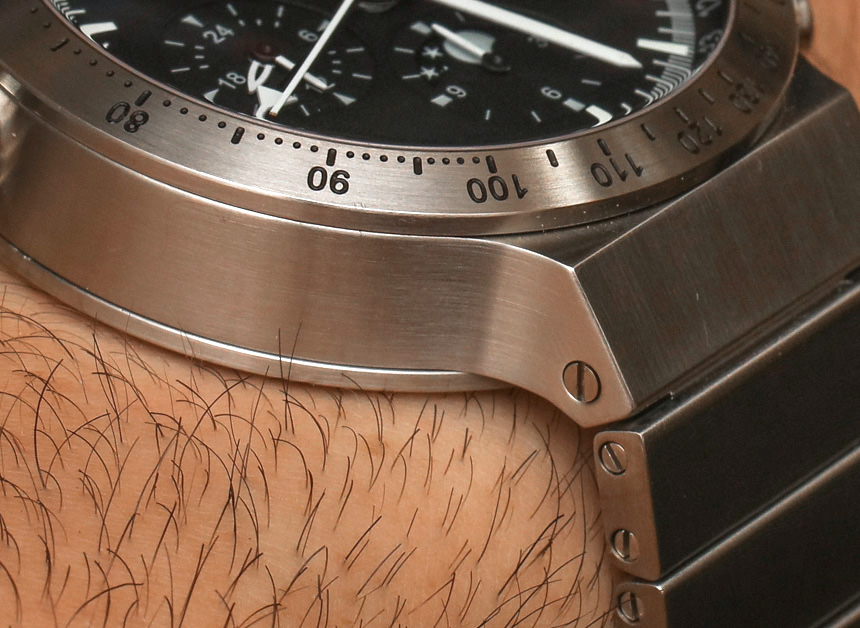 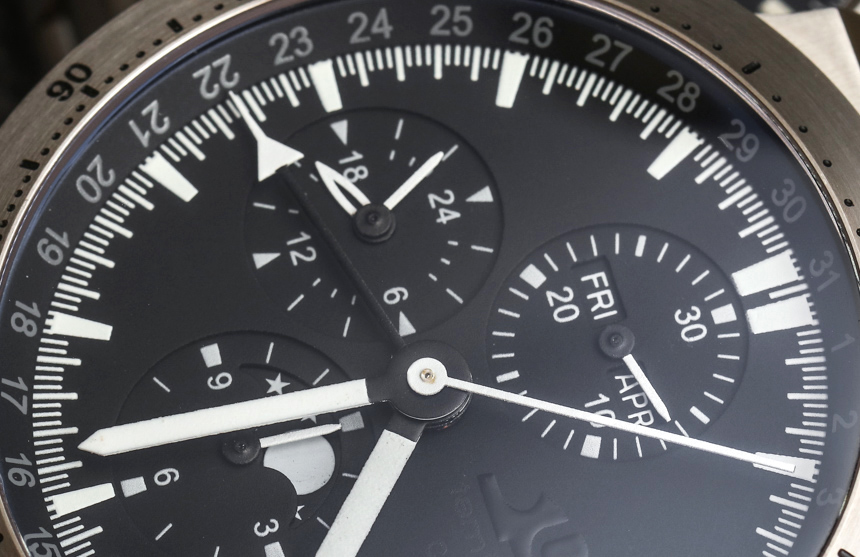 Let me put it this way. Minimalism is really in right now for watches. Some minimalism is good, but too much essentially results in the stick-figure version of a watch. That means you get enough information to know it is a watch, but with all the muscles taken away. To me, a watch like the Temption CGK205 is Bauhaus, but with some brawn.

As I said, the steel case is 43mm wide and water resistant to 100 meters. 43mm isn’t too much in the scheme of modern men’s watches, but the CGK205 does wear a bit on the large side given the roughly 16mm thick case and broad lug structure. You also have a nicely AR-coated domed sapphire crystal (the CGK203 has a flat crystal) which adds to the more modern appeal of the timepiece. Note the use of black onyx cabochon crystals in each of the three pushers and crown on the case. They also happen to all be screw-down. 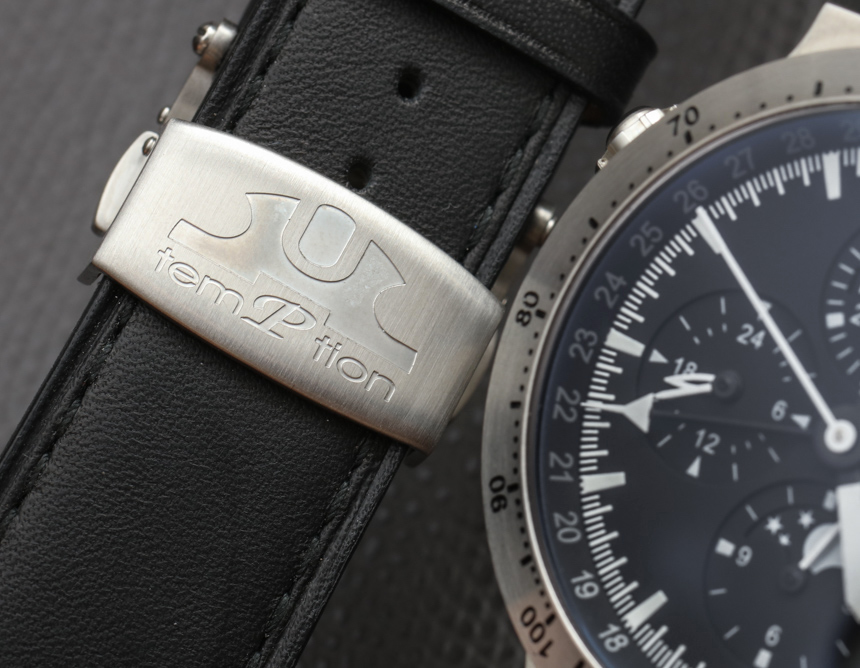 One of the things I miss most about the CGK203 that didn’t make an appearance on the CGK205 is the rotating diver’s-style bezel. The CGK205 rather has a fixed bezel with a tachymeter scale on it. Since I use rotating bezels and don’t use tachymeter scales, this element’s utility is lost on me. With that said not having a rotating bezel makes for a cleaner look, and I do understand Klaus’ desire to not copy the CGK203 in later models, but rather to build off of it, and past it.