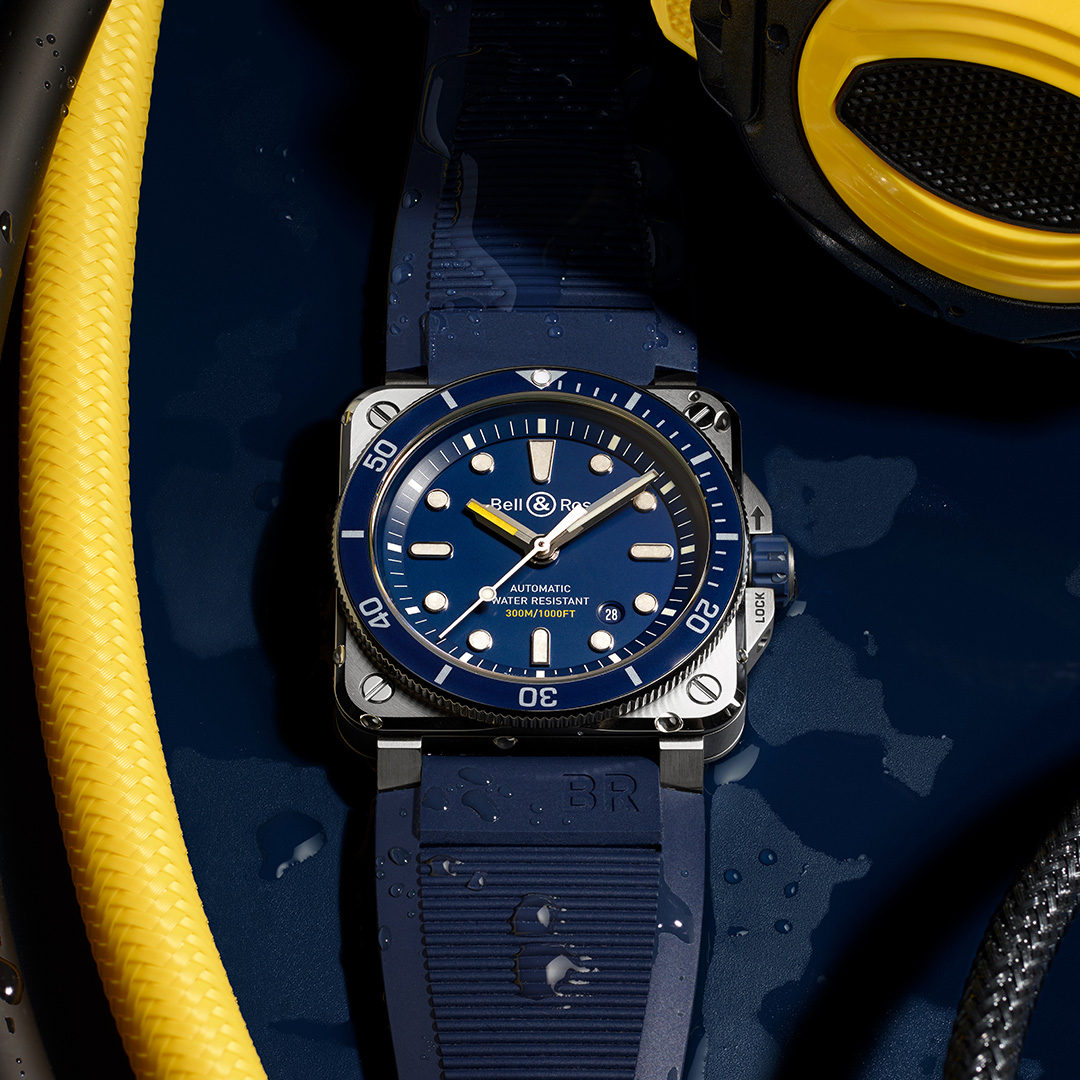 Meant to evoke the silhouette of the cockpit clocks found in military airplanes from the 1960’s, the Bell & Ross “instrument-style” rectangular case shape is instantly recognizable, having become somewhat of an icon since its introduction in 2005. First released in 2018, the BR 03-92 Dive Collection is the first watch to utilize the brand’s iconic square case in the form of a dive watch. Accordingly, enthusiasts are afforded the opportunity to own a piece that blends the brand’s aviation-inspired aesthetic with the technical specifications of a modern diver.

While the BR 03-92 Diver is available in multiple variations, one of the most striking is the BR03-92 Diver Blue, which features a deep blue dial and bezel meant to mimic the color of the ocean. The Diver Blue’s design is accentuated by stark white indices and handsome yellow accents that provide ample contrast and pair wonderfully with the blue color profile. Overall, the design is quite cohesive — it’s a successful fusion of the brand’s tactical, industrial design language with that of a traditional dive watch.

Though there are many blue-dialed divers on the market, the Diver Blue manages to seem both classic and distinctive, thanks to its angular lines and unique case profile. The 42mm case is thoughtfully finished, featuring matte brushing on the flanks, lugs, and top plate, as well as two mirror-polished angular bevels on the top and bottom of the case. The front of the case is marked by four mirror-polished exposed screws at the corners. A signature trait of the “instrument-style” BR03 case, the exposed screws make for a nice touch that balances out the design while adding to its character. 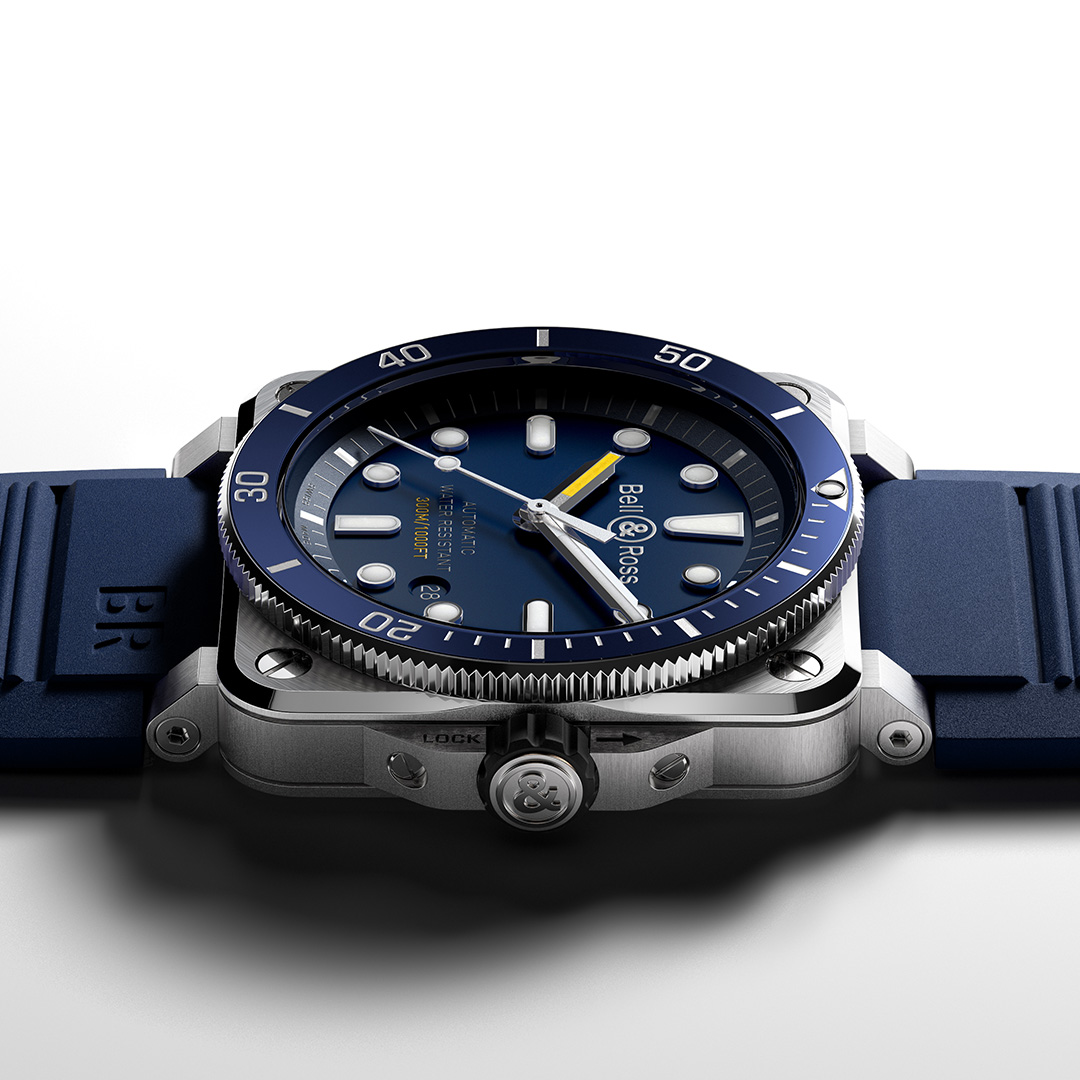 The Diver Blue is fitted with a blue vulcanized rubber strap that’s quite comfortable, needing virtually no break-in period. Measuring 24mm at the lug, the broad stance of the strap complements the broad case profile and gives the watch a firm, planted character on the wrist. The strap is attached via hexagonal lug screws and a stainless steel tube, providing more security than a traditional spring bar attachment. With a lug-to-lug measurement just north of 50mm and a thickness of just 12.2mm, the case sits somewhat flat, giving the watch a refined feel, especially for a dive watch.

Like every piece in the BR03-92 Dive Collection, the Diver Blue is ISO 6425 certified, meaning that it meets precise specifications for diving, including a water resistance of at least 100 meters, anti-shock protection, anti-magnetic properties, and strong in-the-dark legibility. It is equipped with 300 meters of water resistance and a uni-directional dive bezel marked by an anodized aluminum insert. The screw-down crown features a vulcanized rubber sleeve, making it easier to thread in and out with wet hands or while wearing gloves. The hands, indices, and bezel markings are coated in Super-LumiNova luminescent material, which glows a bright shade of green in low-lit conditions. 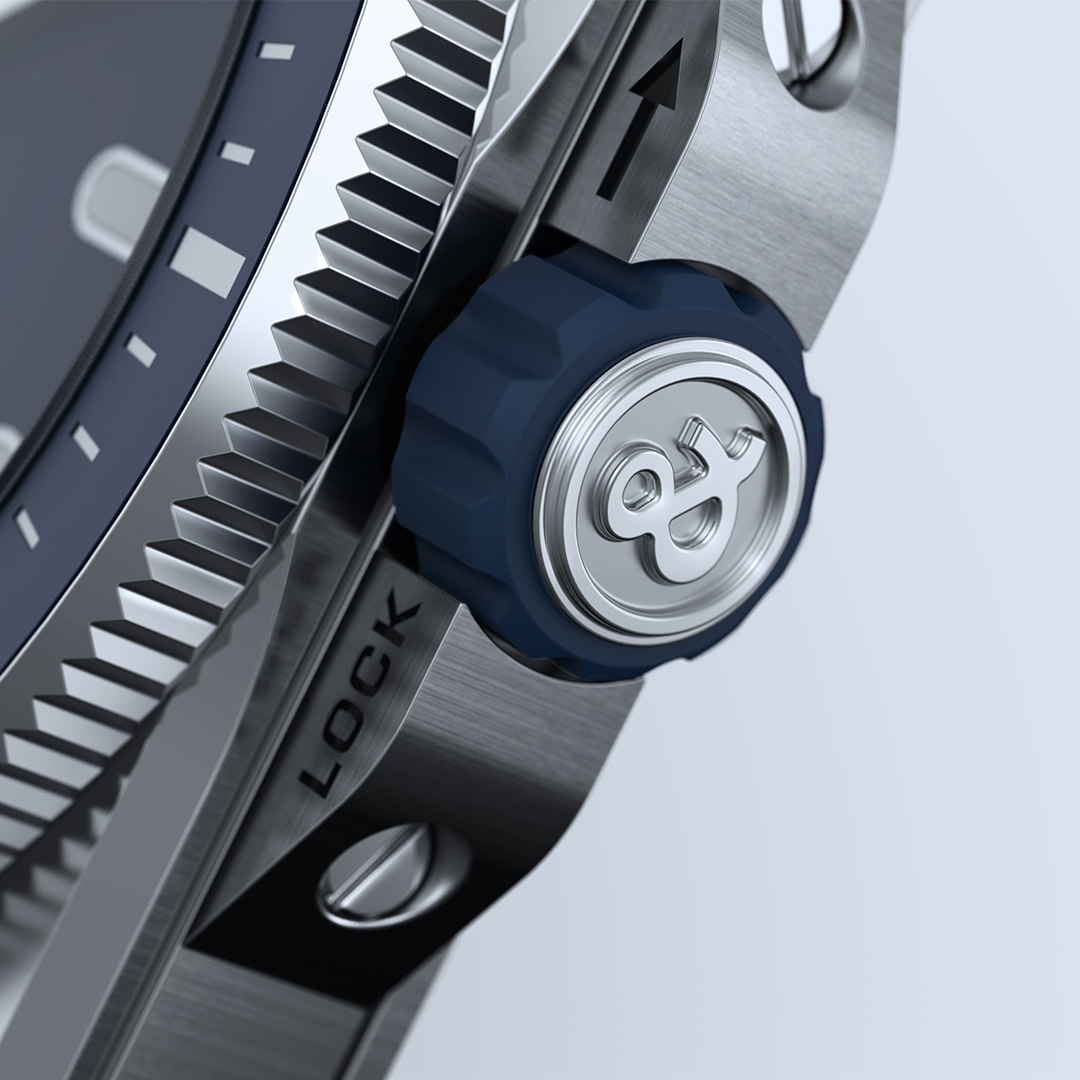 Under the hood of the Diver Blue is the BR Caliber 302, a self-winding movement based on the tried-and-true Sellita SW300. Though it’s not an in-house movement, it’s considered to be a “workhorse” movement; accordingly, it makes sense for a watch that is purpose-built like this one. Featuring 42 hours of power reserve and beating at 28,800 VPH, the Cal. 302 is exceedingly reliable, and maintenance is both easy and affordable relative to most in-house calibers. 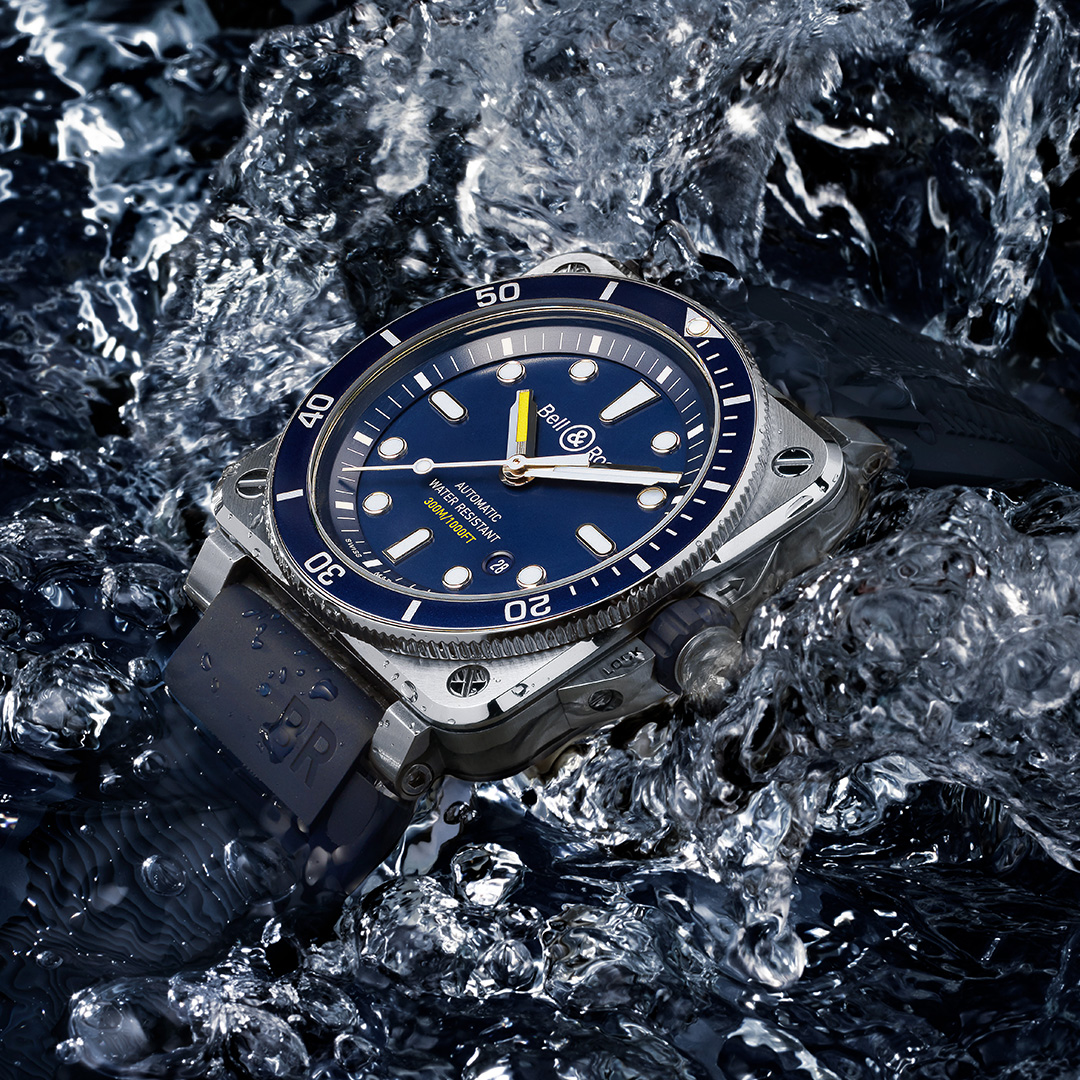 Overall, the BR 03-92 Diver Blue stays true to the aviation-inspired DNA of Bell & Ross while standing out as a unique choice in a crowded field of dive watch options. Retailing at $3,700, it’s a fitting addition to the Bell & Ross family and makes a great choice for those who want a capable modern sports piece with a tactical, military-inspired aesthetic and loads of character. Learn more at bellross.com.