The Diving Instrument: Bell & Ross BR 02 Emerges From The Depths 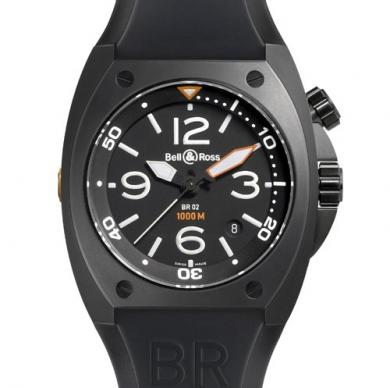 Behold the BR 02. The Success of the Bell & Ross BR 01 really brought Bell & Ross back into the ether. The small company was basically sharing their name with Sinn, and selling Sinn watches to different markets. There was nothing wrong with the Bell & Ross watches, but they weren’t as innovative as they were mere quality time tellers. Then a few years ago the airplane instrument inspired BR-01 watch was released in a wave of design controversy. Some said it was too square, some said it was too big, others said that it made no sense. And still others loved the idea. 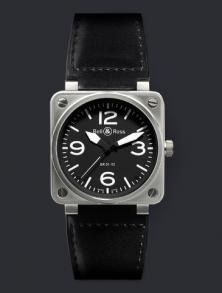 The BR 01 was a big hit, and resulted in several models and the Bell & Ross BR 03 for those who thought the original was too big. They really had a BR 01 for every taste, and now Bell & Ross is set to release the diving version. Because diving watches are inherently different, and require some additional features, the watch was redesigned and given a new moniker; BR 02.

As you can see the BR 02 is unmistakably a diving watch. You almost see bubbles rising in the back ground as you gaze at it. Imagine yourself wearing large divers gloves attempting to operate the internal rotating bezel to measure rising times. There might not be a good deal about the watch which is innovative, but it really is the epitome of a diving instrument, and that is just what it seeks to be. Bell & Ross has never attempted to reinvent the wheel, instead they work to polish and perfect classic ideas and designs. The majority of people who wear this watch are never or rarely going to submerge this watch past washing their hands, yet they know they could reach 1000 meters. Far deeper that a human in a diving suit can venture into the ocean. This watch is for those who like to be prepared, or at least like to live in excess.

Like the BR 01, the BR 02 comes in various colors and styles, and materials. Few people will go for the gold versions as they a total contradiction in terms of what this watch is about. I personally would opt for the PVD version. Black with the black tapered rubber strap is chic and functional. Certainly something to think about as diving watches are my first choice in sporty nice. Check out the official Bell & Ross site here.