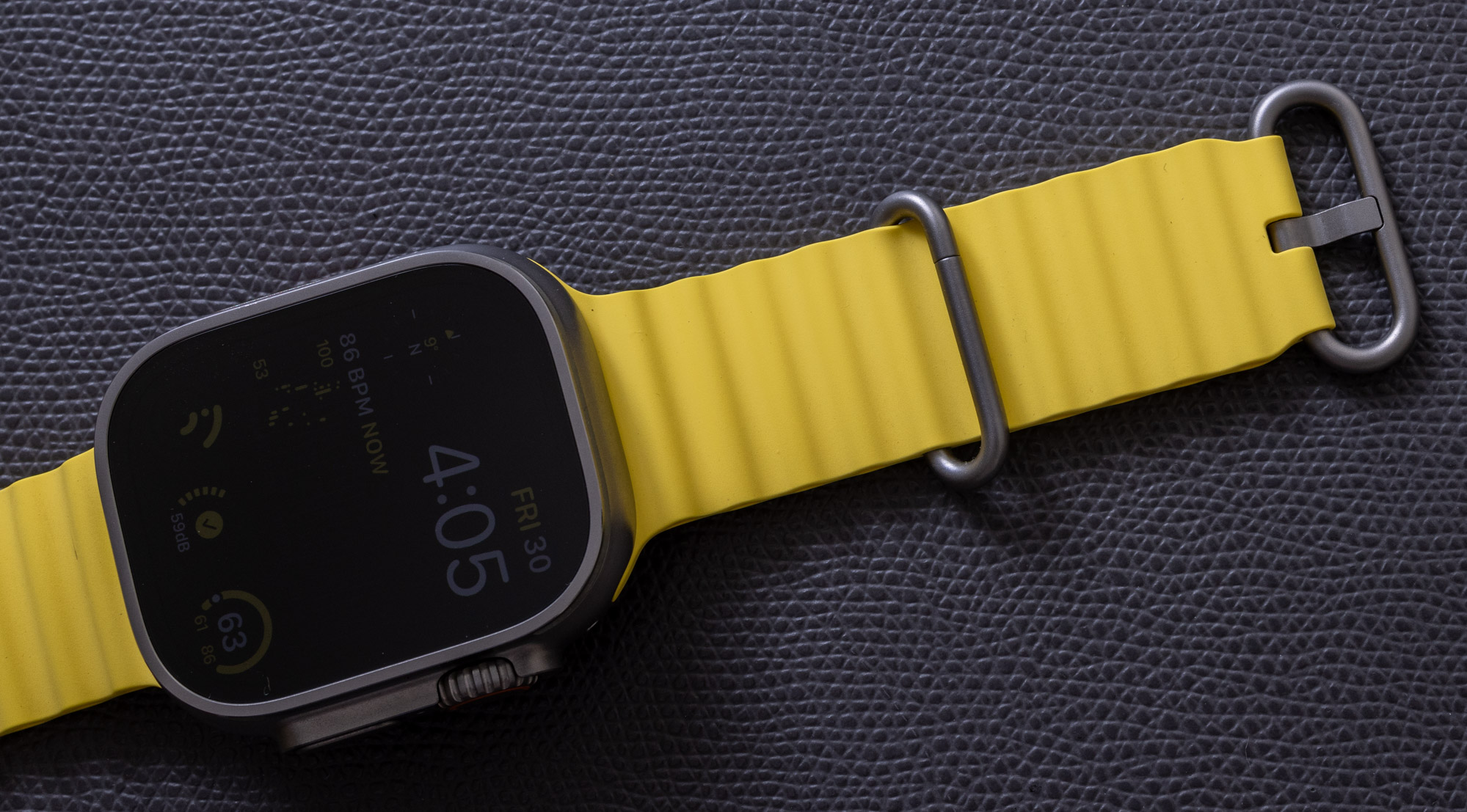 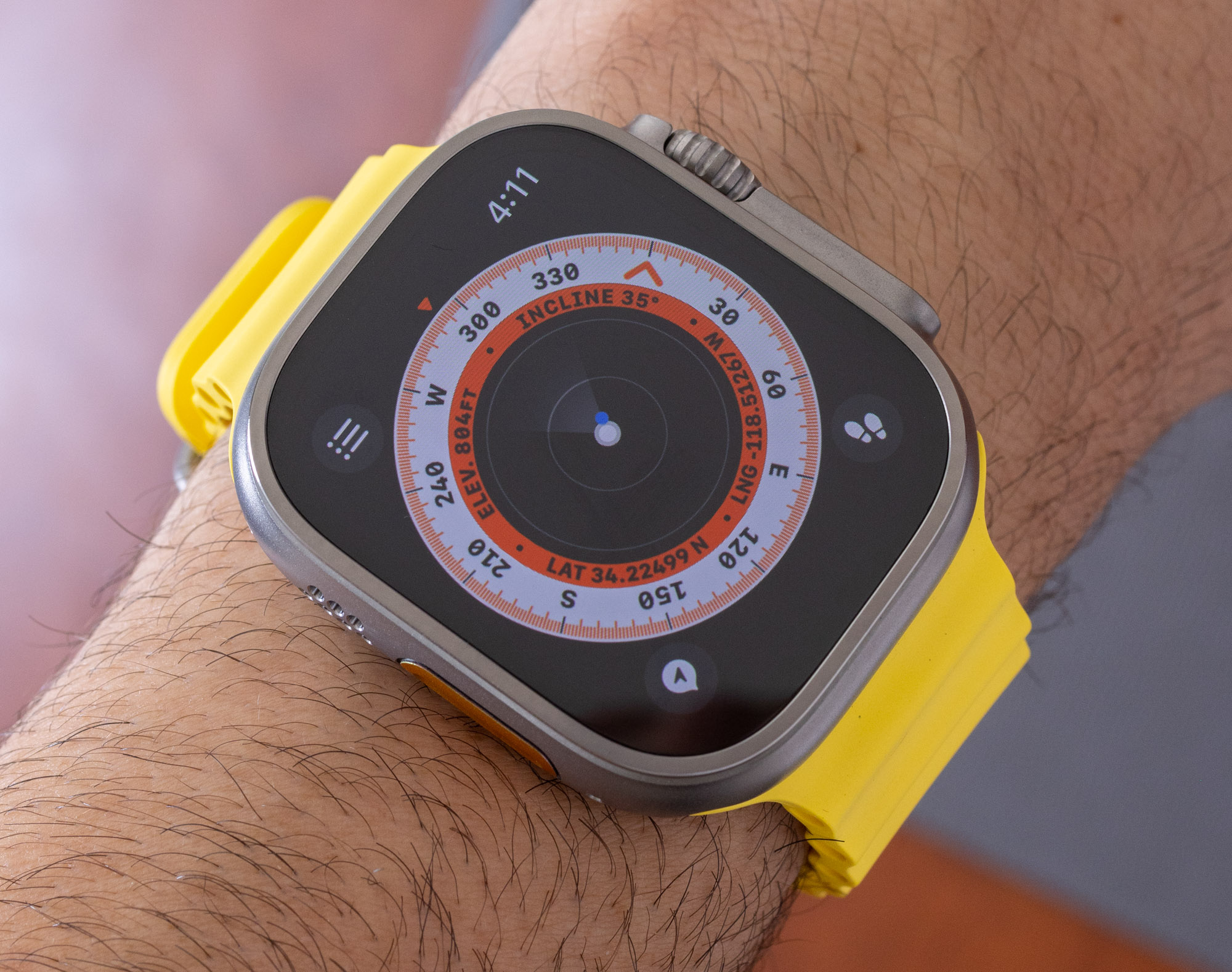 The first thing Apple got right was not calling it the Apple Watch Pro. Over the last few years, consumer tech companies have knocked the wind out of the meaning of the term “pro,” which of course is an abbreviation for “professional.” Anything larger or more expensive was officially labeled “pro,” and accordingly, Apple was keen to realize that this very special new version of the Apple Watch needed a more eye-catching name. “Apple Watch Ultra” certainly does it, providing verbiage for what is probably the most important version of the Apple Watch since the collection started with Series 1 eight years ago.

The moment I started seeing the feedback from the watch enthusiast audience to the Apple Watch Ultra, I knew that Apple had gotten at least a few things fantastically right. Recall for a moment that when I first started writing about the Apple Watch eight years ago, there were very few people in the watch collector space who wanted to hear about it, let alone actually buy it. Reactions to the Apple Watch Ultra included sentiments such as, “This has the functionality I want with the style I demand,” to, “Finally, this is the Apple Watch I want to own.” What exactly did Apple do so correctly with the Apple Watch Ultra? In short, the California tech company built its first version of its now-iconic smartwatch with a serious visual personality (though we should not forget the original Apple Watch in gold). 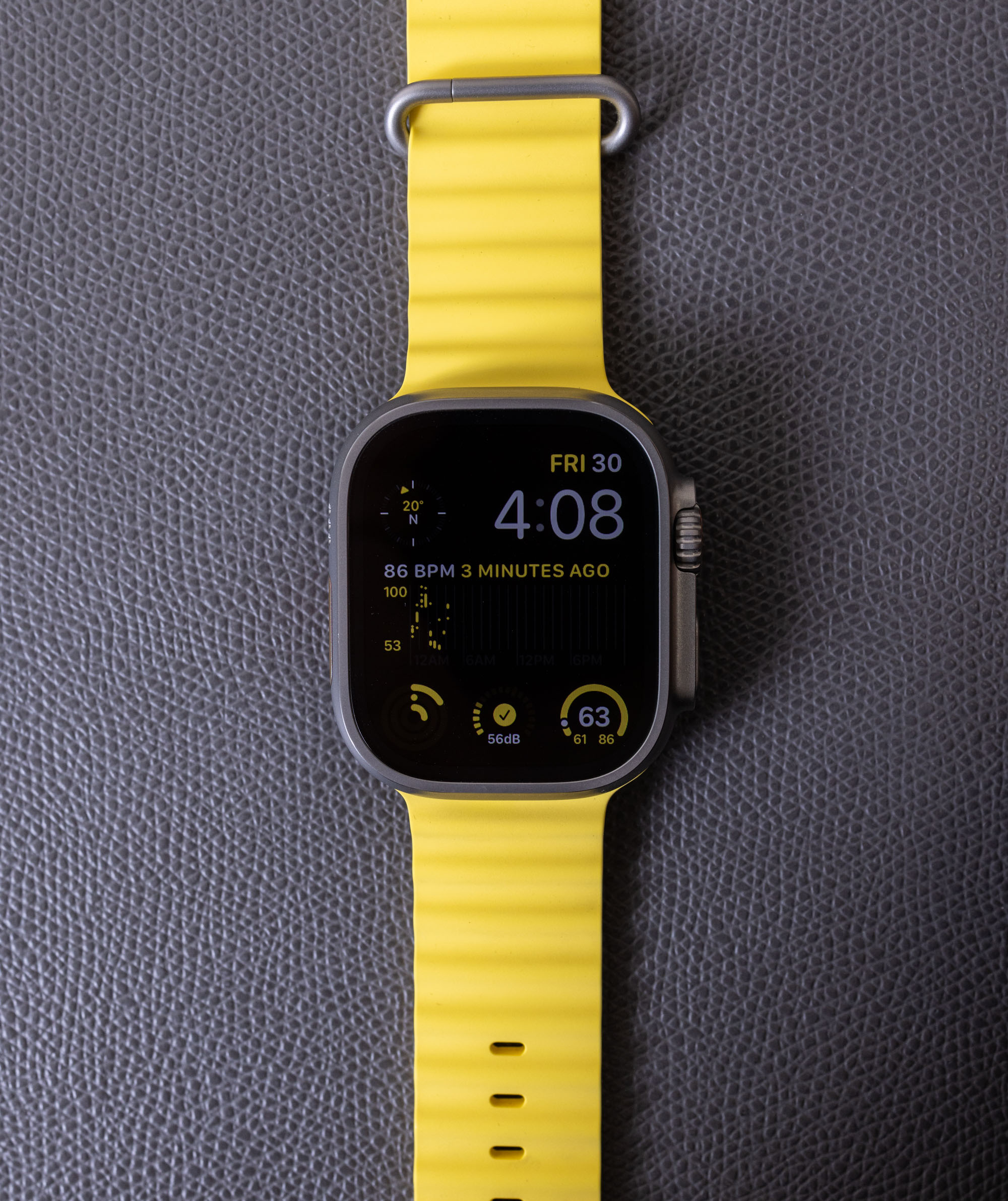 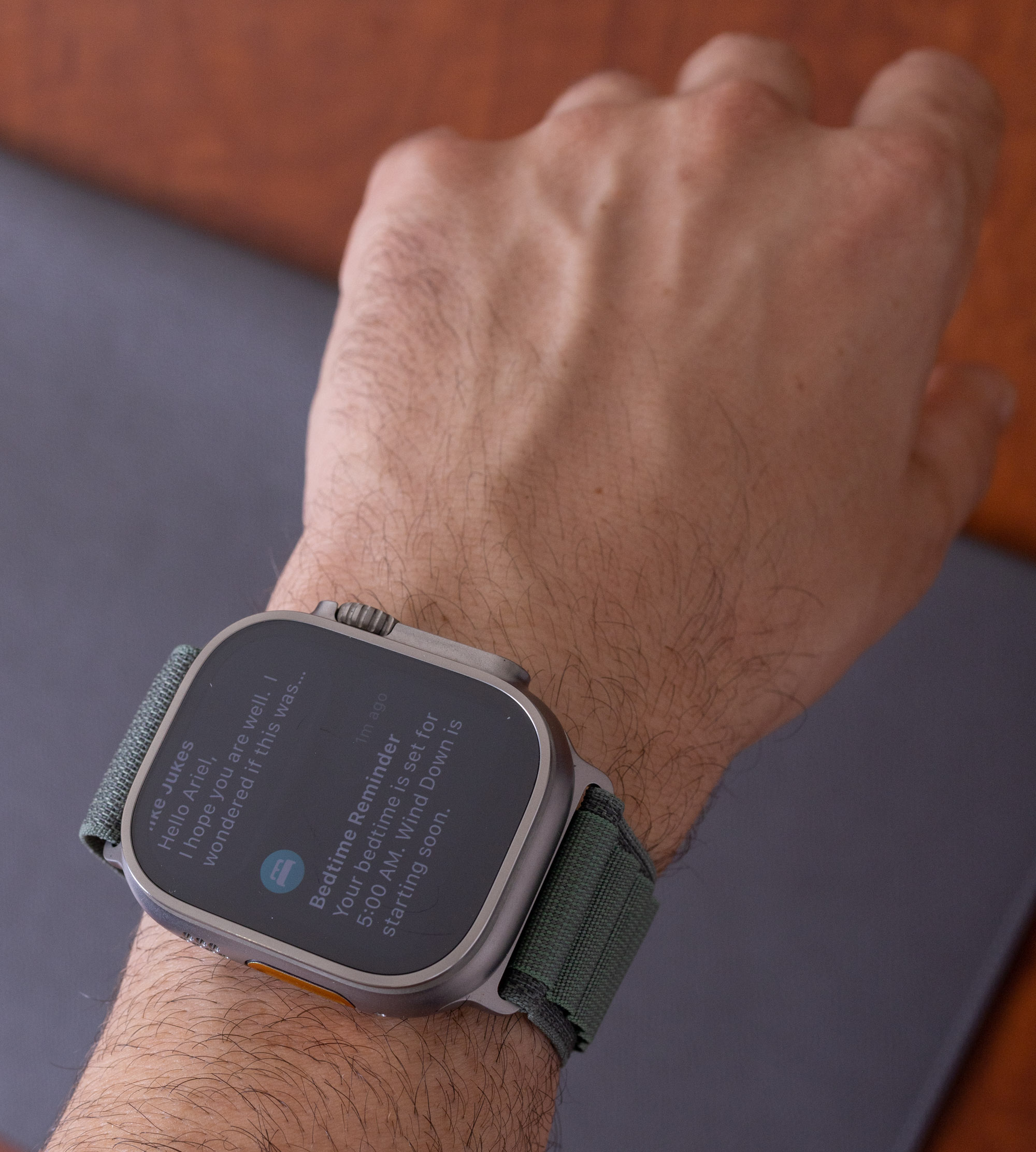 The Apple Watch Ultra is larger than all other Apple Watches before it, (though it still uses the same size straps) being 49mm long (lug-to-lug distance essentially). That is compared to 45mm or 41mm long for the two sizes of the Apple Watch Series 8. The larger size also comes with a novel case design, one that is supposed to be more durable and meant for adventuring. In addition to having a bolder (which I prefer) wrist presence, the bigger case has other benefits such as a larger, brighter display, as well as capacity for a larger battery. With the Apple Watch Ultra, Apple has finally exceeded the one-day mark for “regular usage” battery life. The company claims 36 hours of battery life and up to about 60 hours in an extended life mode. 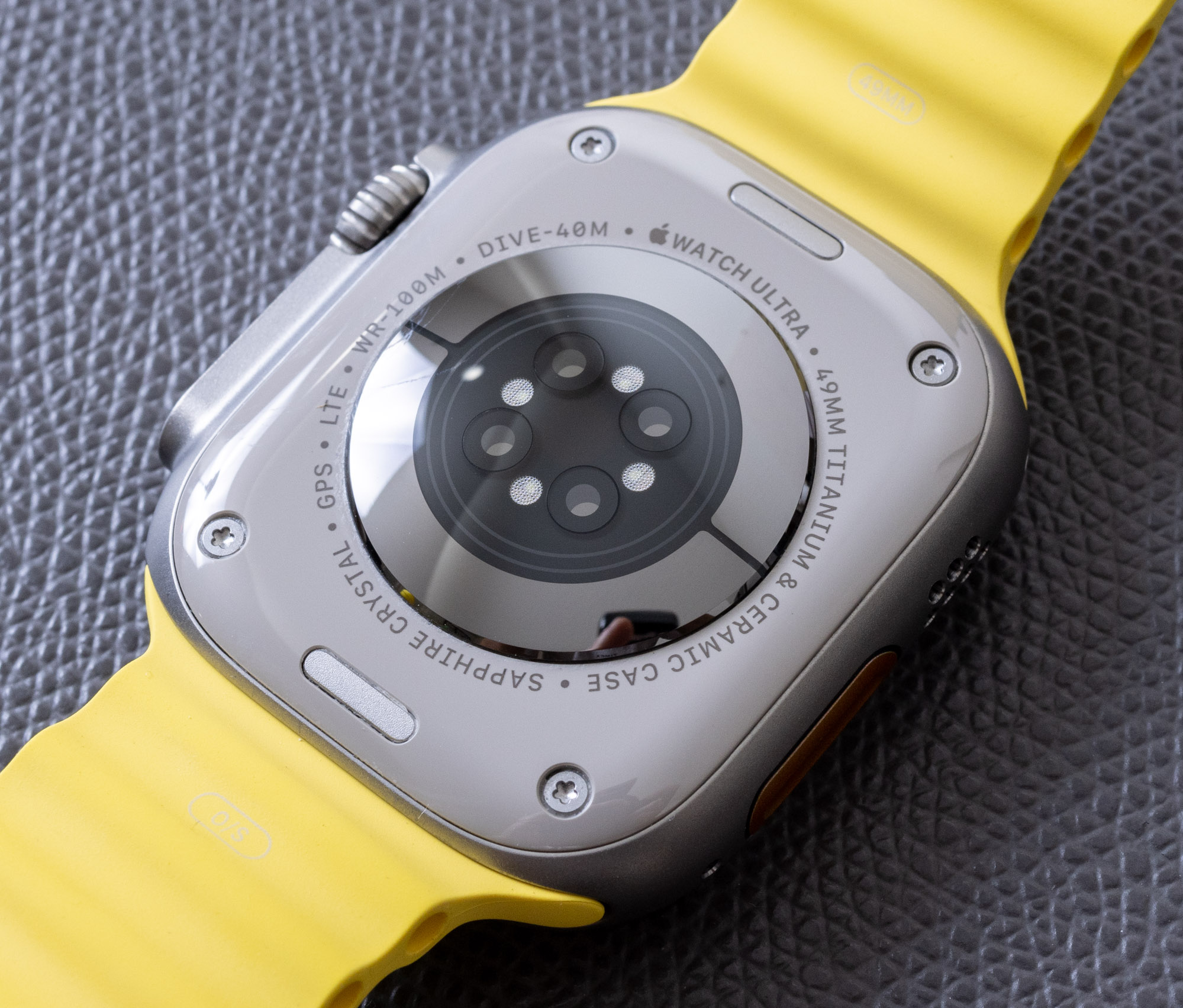 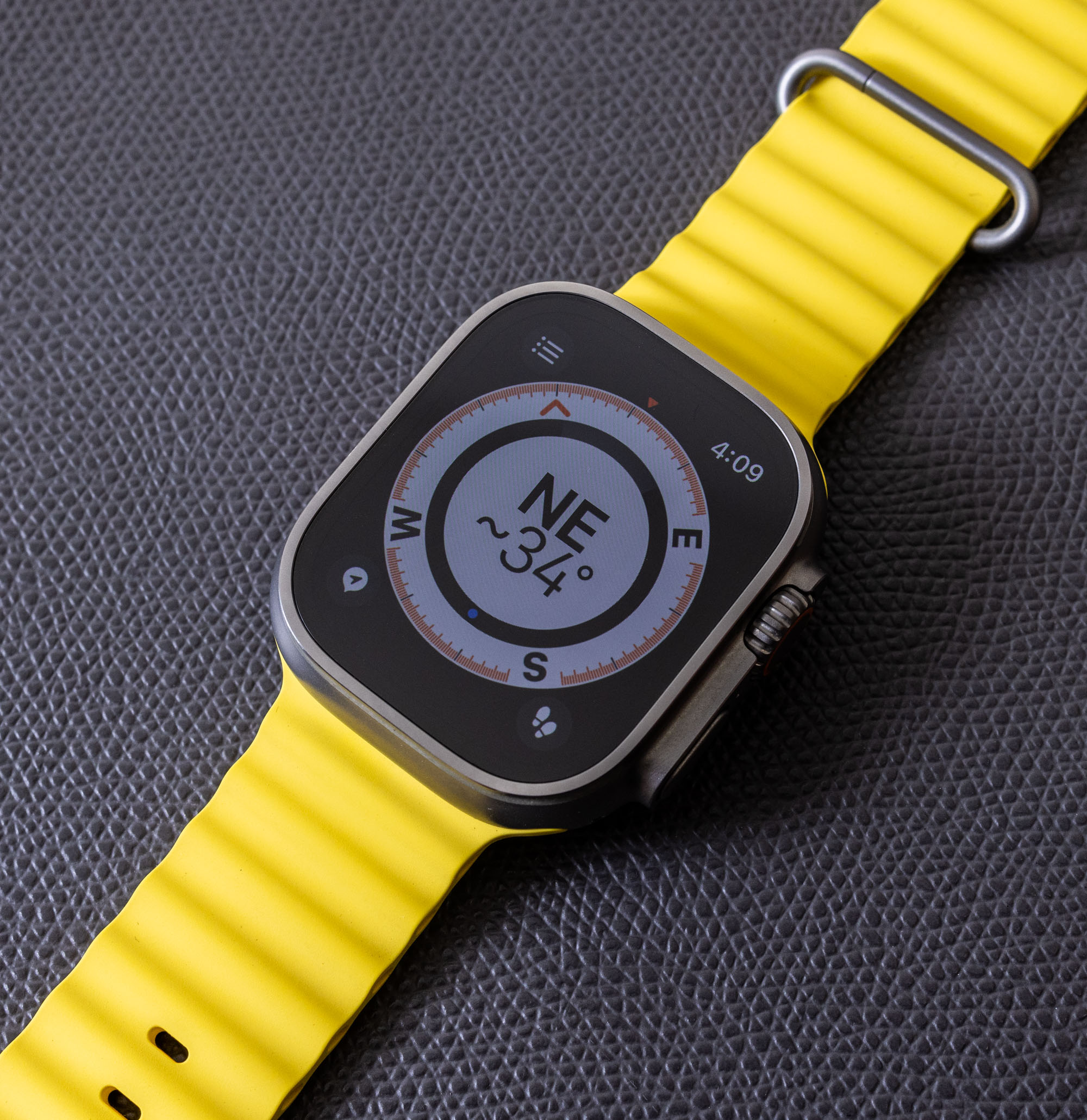 To start, the Apple Watch Ultra case is water resistant to 100 meters, making it suitable not only for swimming but also for recreational diving. The watch even has a built-in depth gauge and dive logging system, which is a first for Apple. The case is also IP6X dust resistant and even designed to meet MIL-STD 810H military equipment certification standards. This is starting to sound like how people talk about traditional tool/military/sport watches, not smartwatches. With that said, after more than a decade of research and development, high-performance traditional watches and smart watches are starting to intersect. No longer are gadget lovers as inclined to dismiss smartwatches as useful tools for serious trekking and adventuring, and Apple has now officially entered the elite and emerging space of the adventure-themed smartwatch. This has naturally warmed many new people to the Apple Watch who may have until now simply not found a way to incorporate Apple’s popular wrist device into their active lives and sense of style. 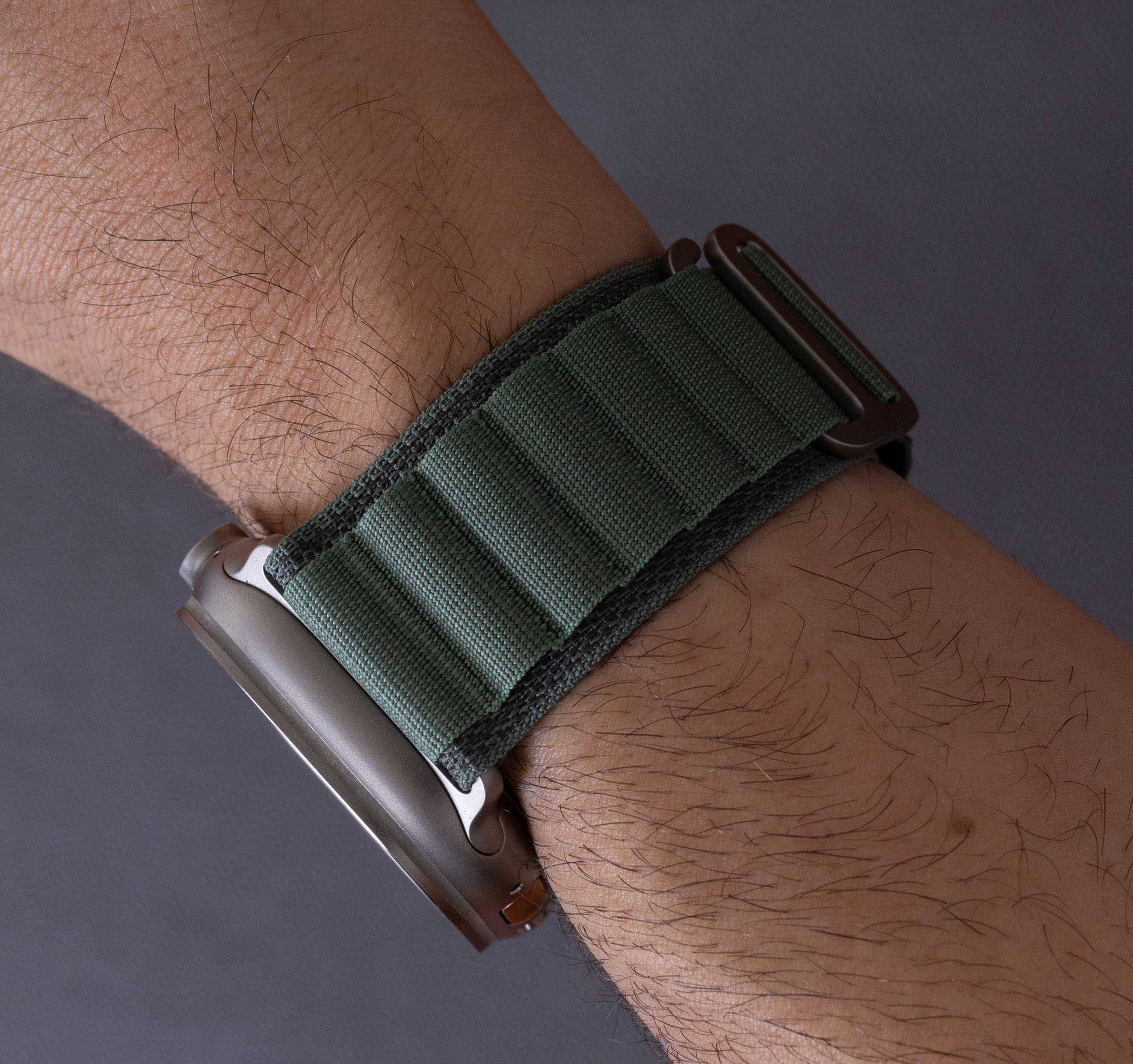 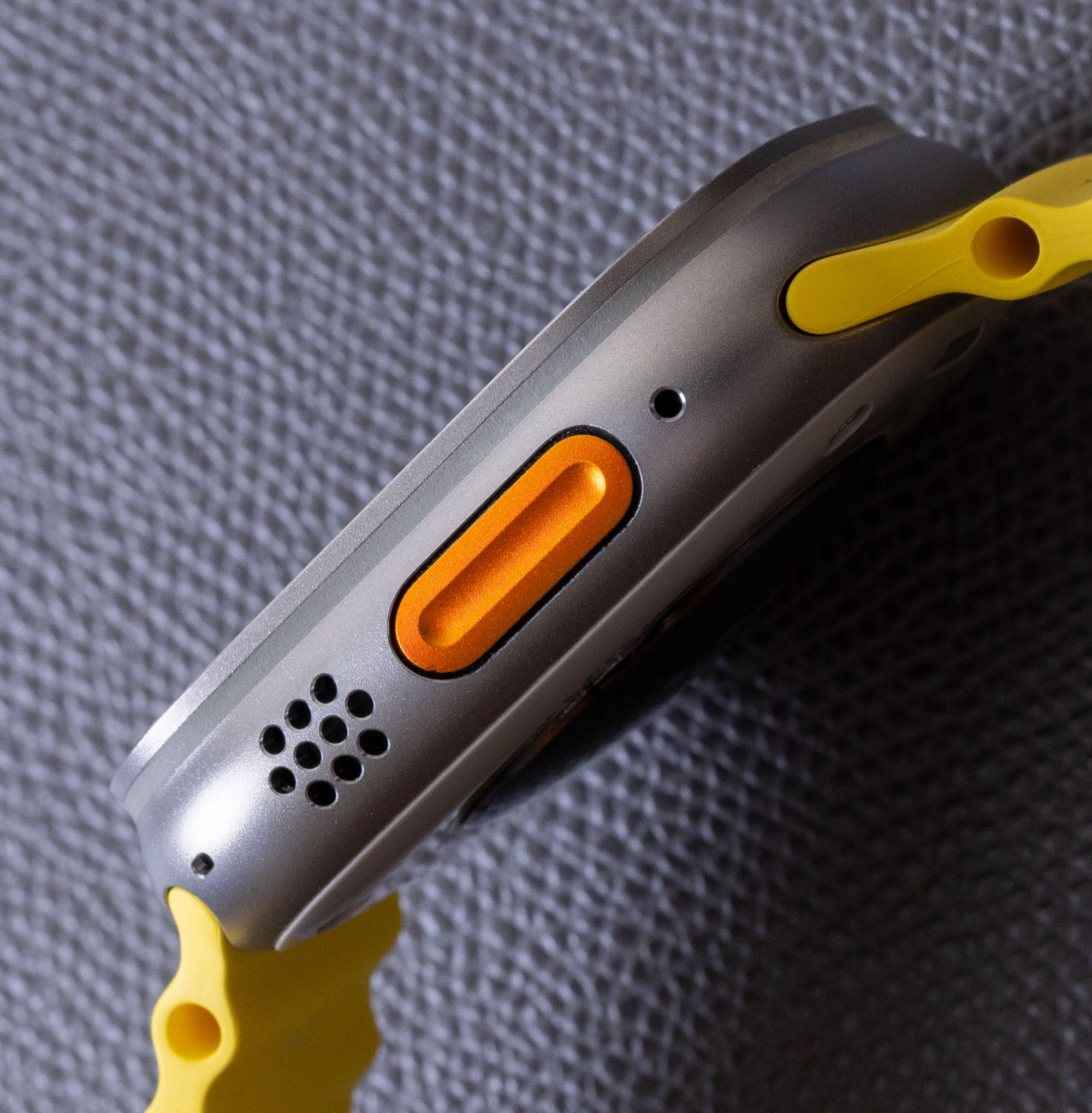 The Apple Watch Ultra is easier to read, as well. Apple doubles the brightness of the screen’s always-on state to 2000 Nits, meaning that the boldness of the dials even in the “off state” is impressive. This is one of the benefits of having a larger battery, and this is a good thing since you’ll really want to be staring at the Apple Watch Ultra’s screen a lot if you intended on using many of the new software features that Apple has developed for this generation product. For me, the most interesting functionality relates to navigation and directions, especially in the wilderness. Apple has developed a very user-friendly system for tracking your way back to camp (or your home or car), as well as a related waypoint-dropping system. These pieces of functionality can mean the difference between life and death when helping people prevent getting lost. More importantly, this is a piece of functionality that I have been waiting for Apple to develop. Competitor Garmin does offer a functioning waypoint system, but it isn’t nearly as intuitive and visually friendly as the system that Apple developed.

Going over all of the new software features in the Apple Watch Ultra would make this review article an extremely long read. Chances are that most people with an Apple Watch Ultra (like people who drive 4×4 SUVs in urban settings) will probably not have to use the various emergency navigation features. That said, the features are very real, and knowing that they are there to be useful as necessary is a compelling enough reason for many people to choose to wear an Apple Watch Ultra. Apple further developed some new screens related to navigation features, such as the digital compass, as well as the “video game map style” (as I call it) mapping and waypoint indicator system. As you use the various new adventuring features of the Apple Watch Ultra, you’ll be greeted with a range of attractive new information displays and user interfaces. I’m personally looking forward to actually diving with the Apple Watch Ultra and seeing how it performs in that context – especially for comparison’s sake given how important the world of diving watches is for the traditional timepiece enthusiast. 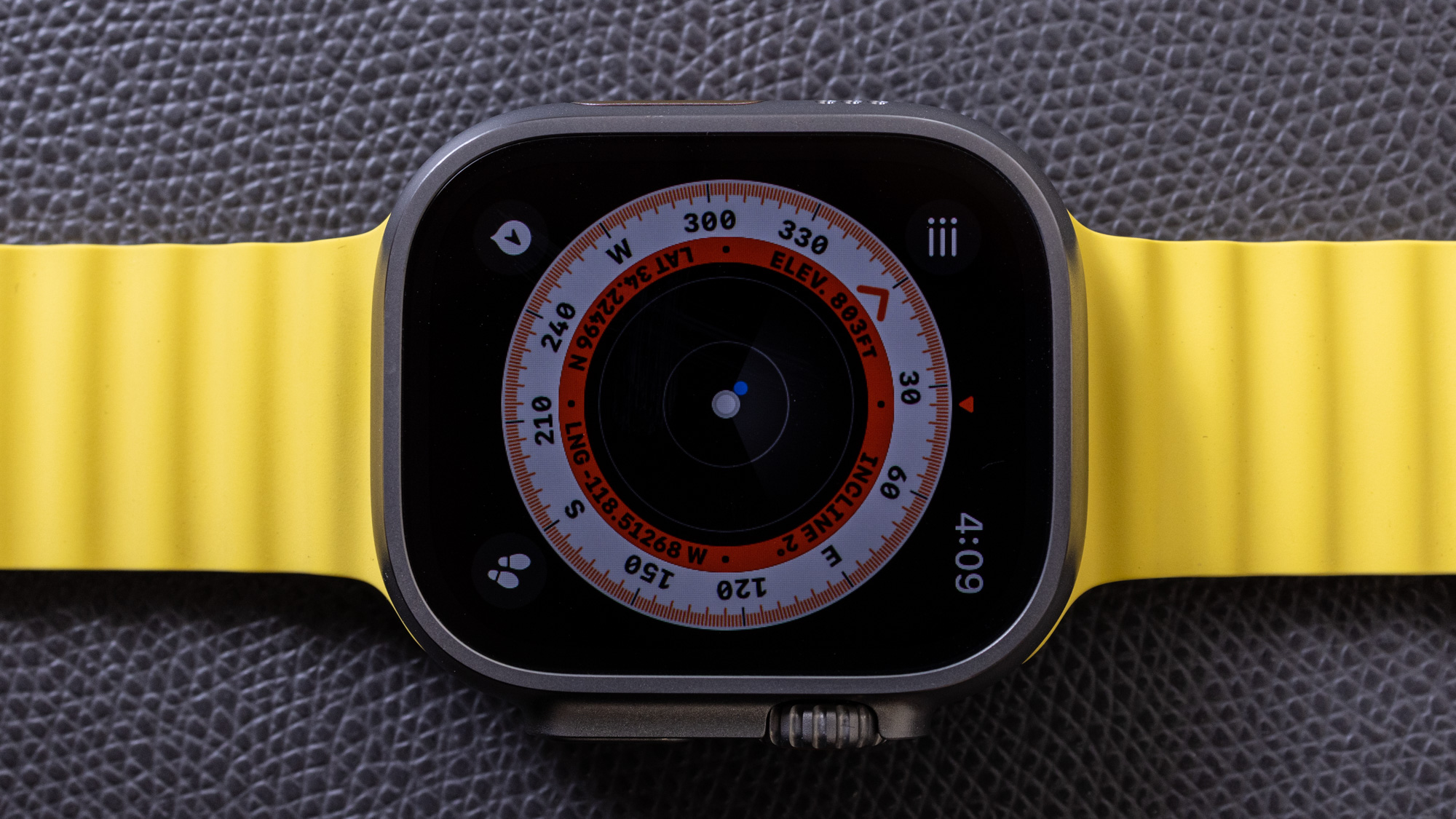 Before I wrap up my summary of the excellent new Apple Watch Ultra, I want to comment on one of the new straps that Apple calls its Ocean Band. Much of the visual attention is on the new Alpine Loop strap, which is certainly more fashion-forward, but the Ocean Band is comfortable and brilliant. I would go so far as to suggest that most new watches that come out don’t appear to have the same level of engineering effort as the Apple Ocean Band. Produced from the same fluoroelastomer material as Apple Sport Band, the Ocean Band is pliable but also stretchy. The Ocean Band, however, is extra stretchy, which is intentional because it is meant to be worn over a wet suit or added clothing. This is accomplished because of the strap structure with all the holes in it. This allows for extra “pull length” when you tug on the strap. The Ocean Loop band hardware is matching sandblasted titanium and the neatest part is the adjustable strap retainer loop. You can pull open the loop and then move it to other holes on the strap so that you can have it in the perfect place so as to hold enough of the strap. The engineering and refinement of just this small titanium part is exceptionally impressive in a product like this and would cost far more if coming from a luxury Swiss watchmaker. Apple also offers another new strap for the Apple Watch Ultra known as the Trail Loop, which I hope to check out in due course since it looks ideal for hiking, which is an activity I tend to enjoy and take Apple Watches on frequently. 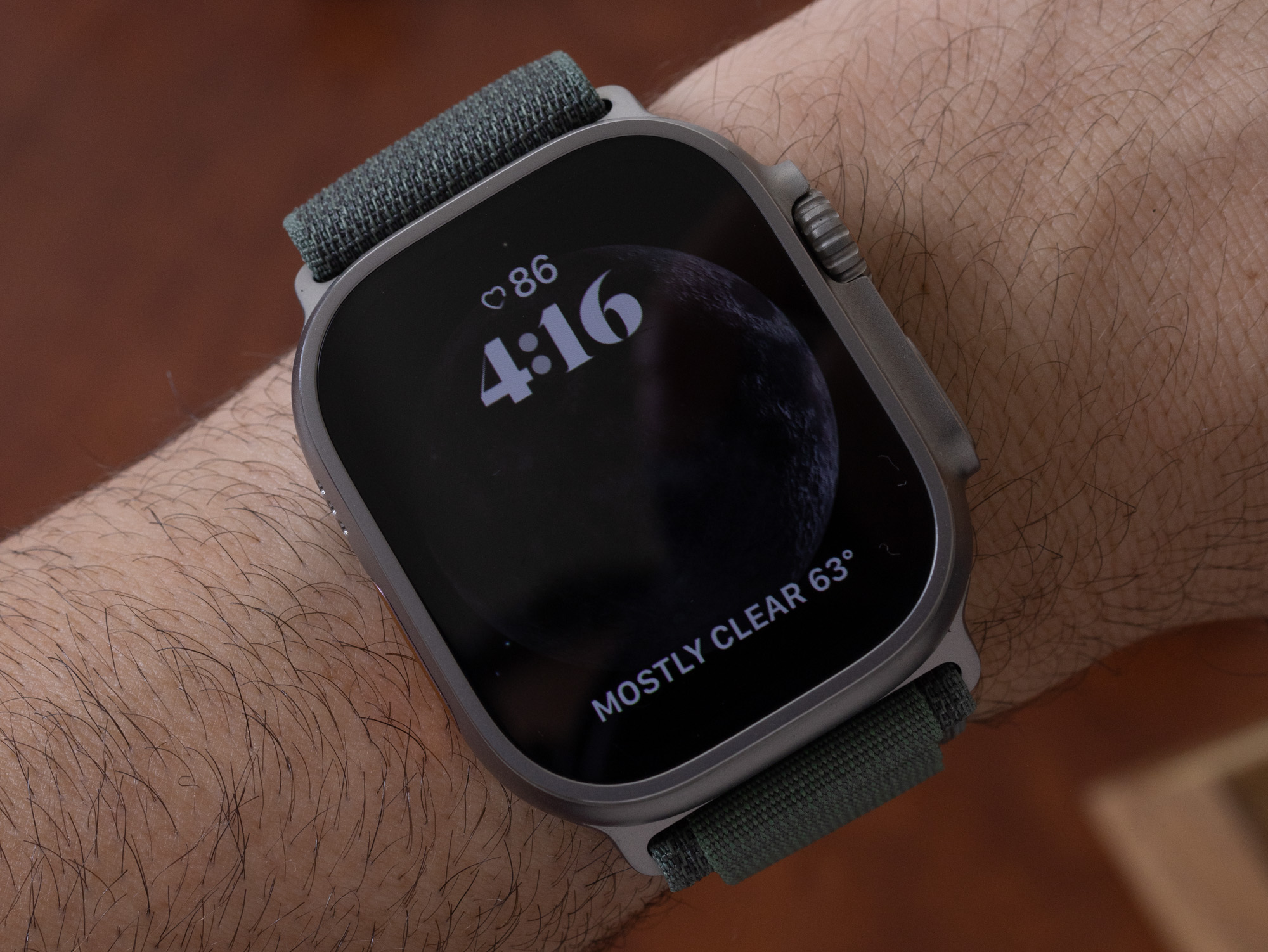 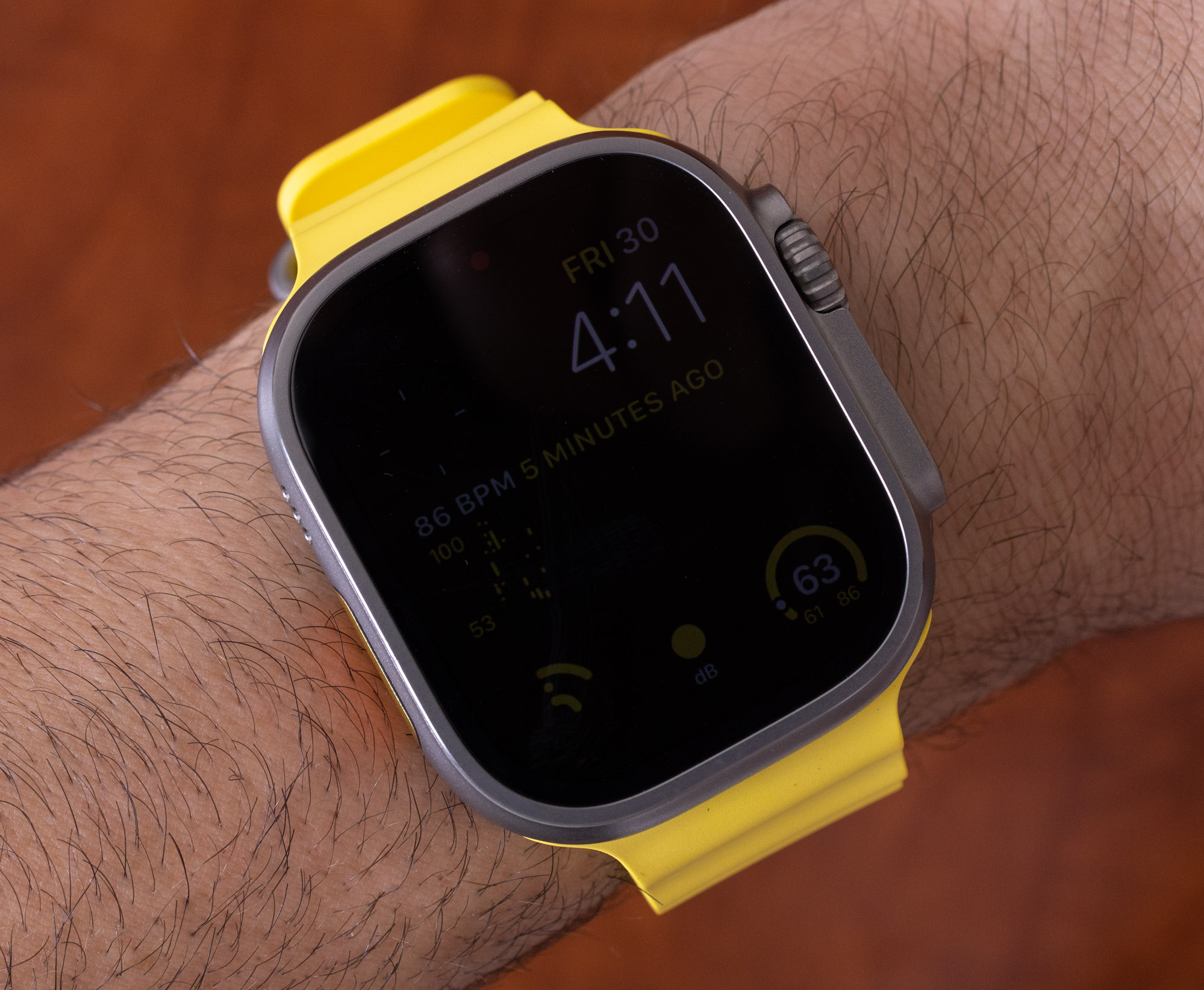 The Apple Watch Ultra is the first Apple Watch whose presence does not need to be justified to traditional watch enthusiasts. Apple finally developed a real tool watch version of its popular smartwatch that has the power to captivate the minds and hearts of mechanical watch traditionalists. I knew it was only a matter of time before this would happen, and I applaud Apple for taking this step and crafting an Apple Watch with that much more personality, as well as functionality. For me, it will be hard to go back to wearing a standard Apple Watch now that I’ve gotten a taste of Ultra. I don’t think I am the only one, and to me, that means the Apple Watch Ultra is probably a limb of the larger Apple Watch family that is here to stay. Price for the Apple Watch Ultra is $799 USD. Learn more at the Apple Watch website here.