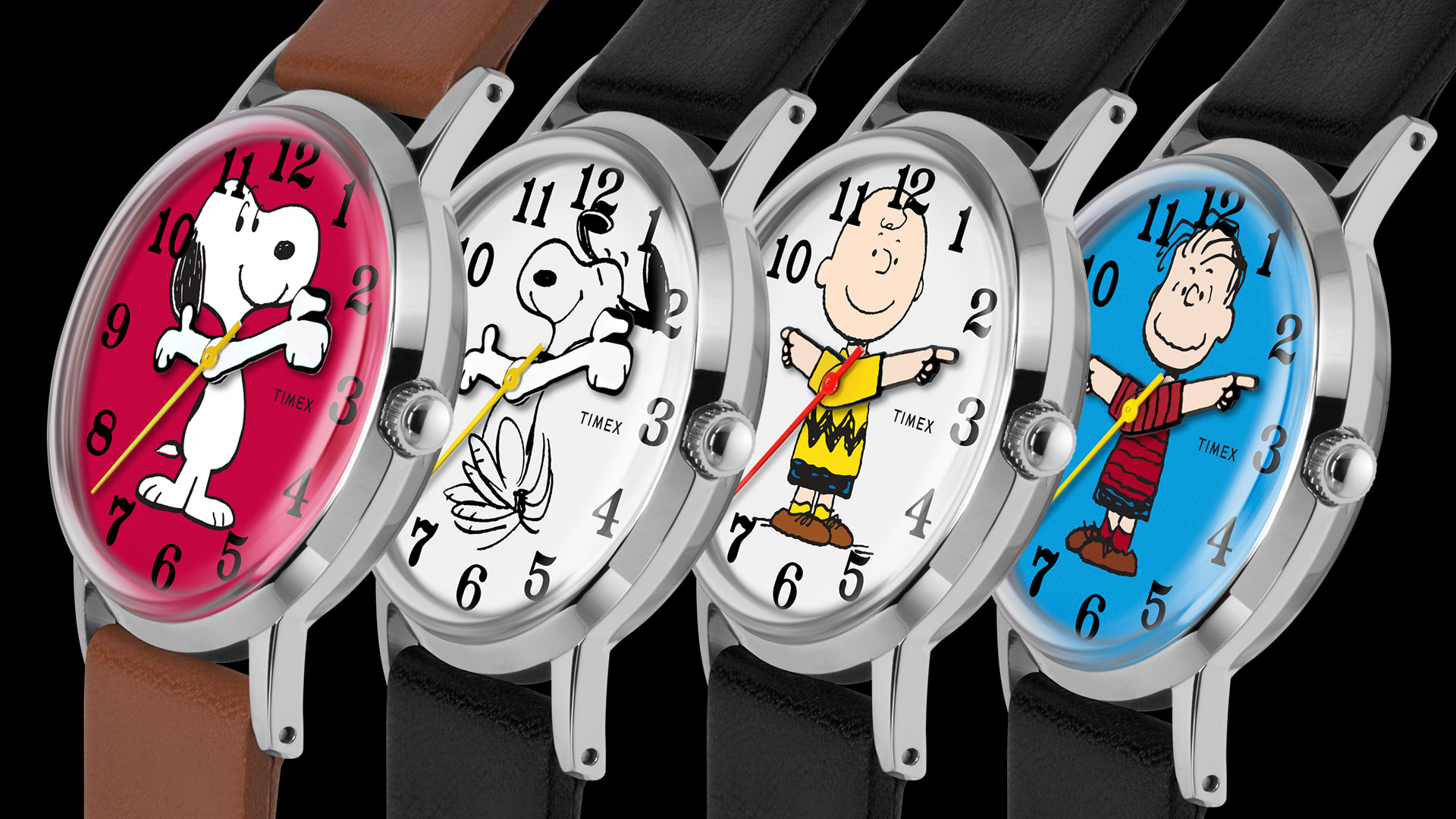 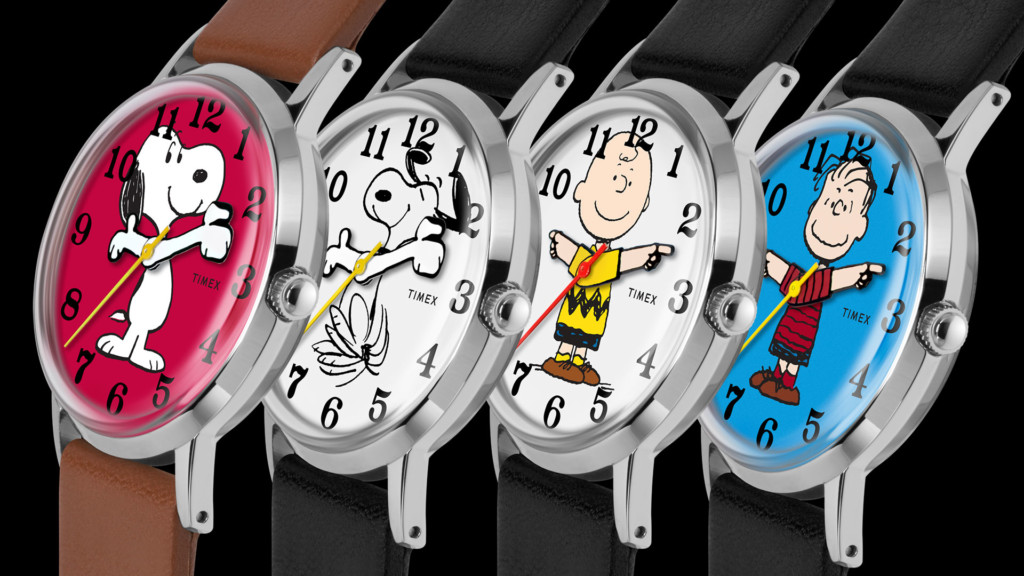 Not many things trigger a sense of childhood enthusiasm in me quite like Charlie Brown and the Peanuts comic strips. So I’m always a fan of a good quirky timepiece inspired by that theme. New for 2018, Timex releases four new Peanuts-inspired watches in their collaborative collection for American fashion label Todd Snyder. Featuring characters from the long-running comic on the dial, their arms serving as the minute and hour hands, these charming little pieces are a great addition to an already cool segment of Timex watches. 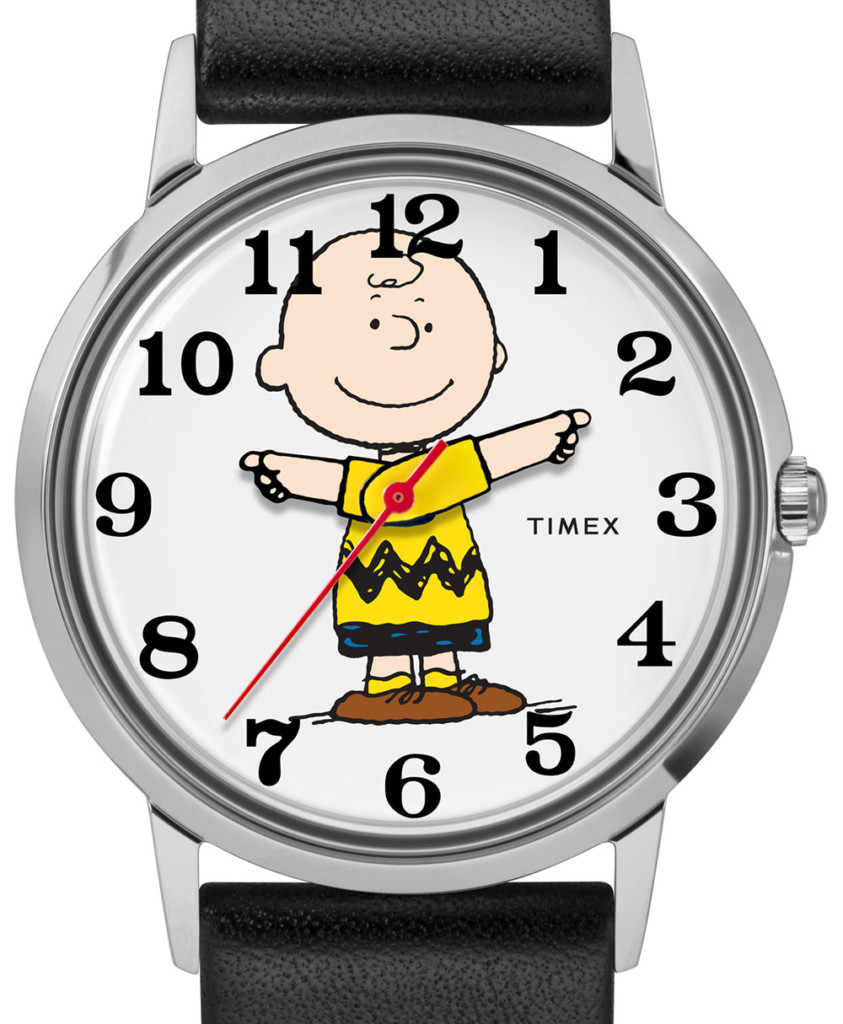 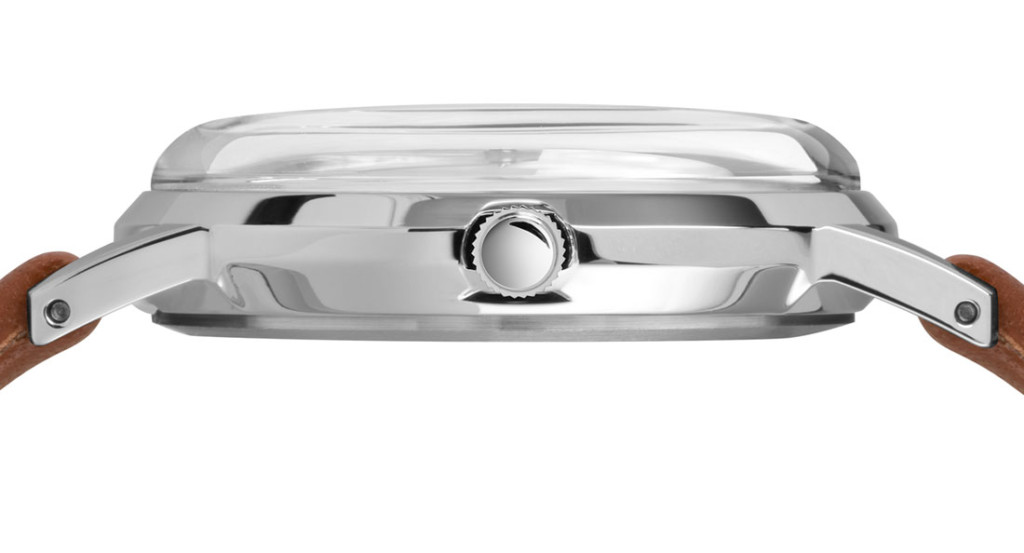 The vintage-inspired stainless steel case measures in at 34mm wide, a departure from the most recent peanuts inspired Timex Marlin which Ariel reviewed here that measured in at the more contemporary 40mm. While 34mm is small for most modern enthusiasts, it’s in line with Timex’s previous ’70s Peanuts-inspired watches and something I can actually appreciate considering the fact that these are directly inspired by those. Originally designed around a child’s wrist, the watches became much more popular with collectors over time, many still being bought, sold, and traded across many platforms. Each watch carries a water-resistance rating of 30m and a cool domed acrylic crystal. 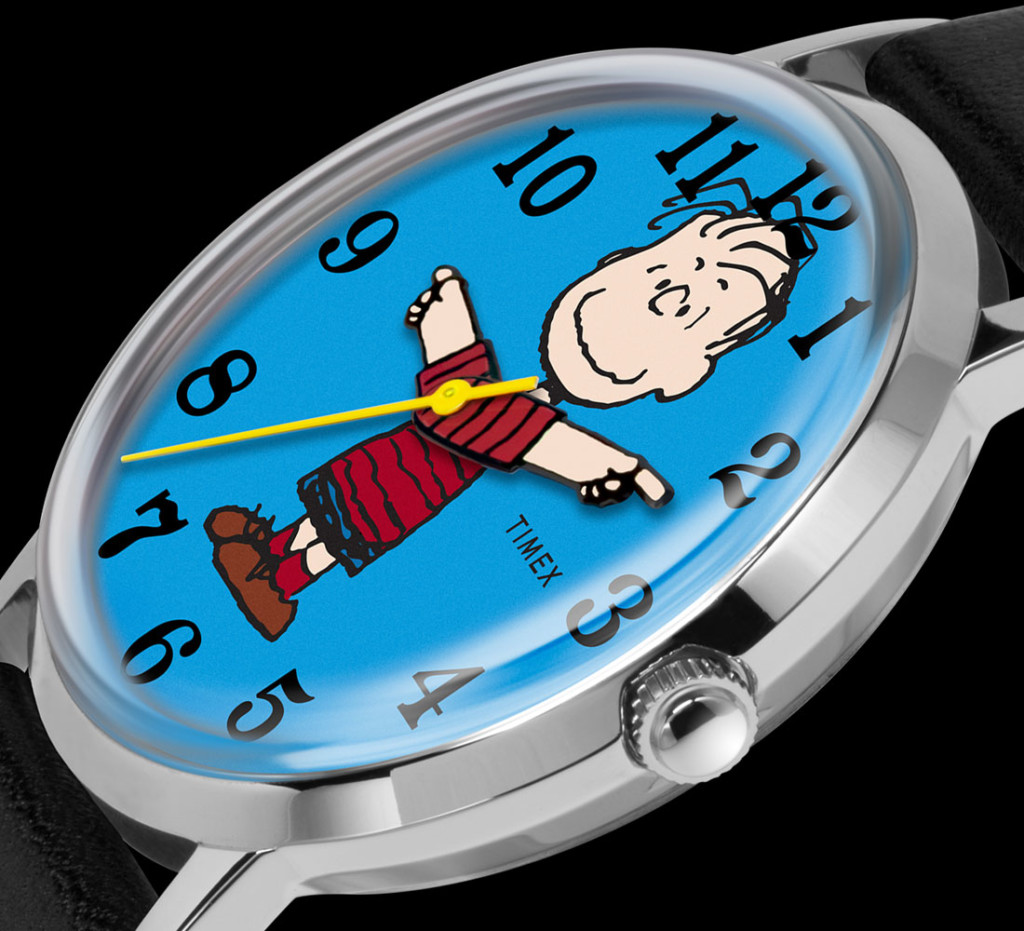 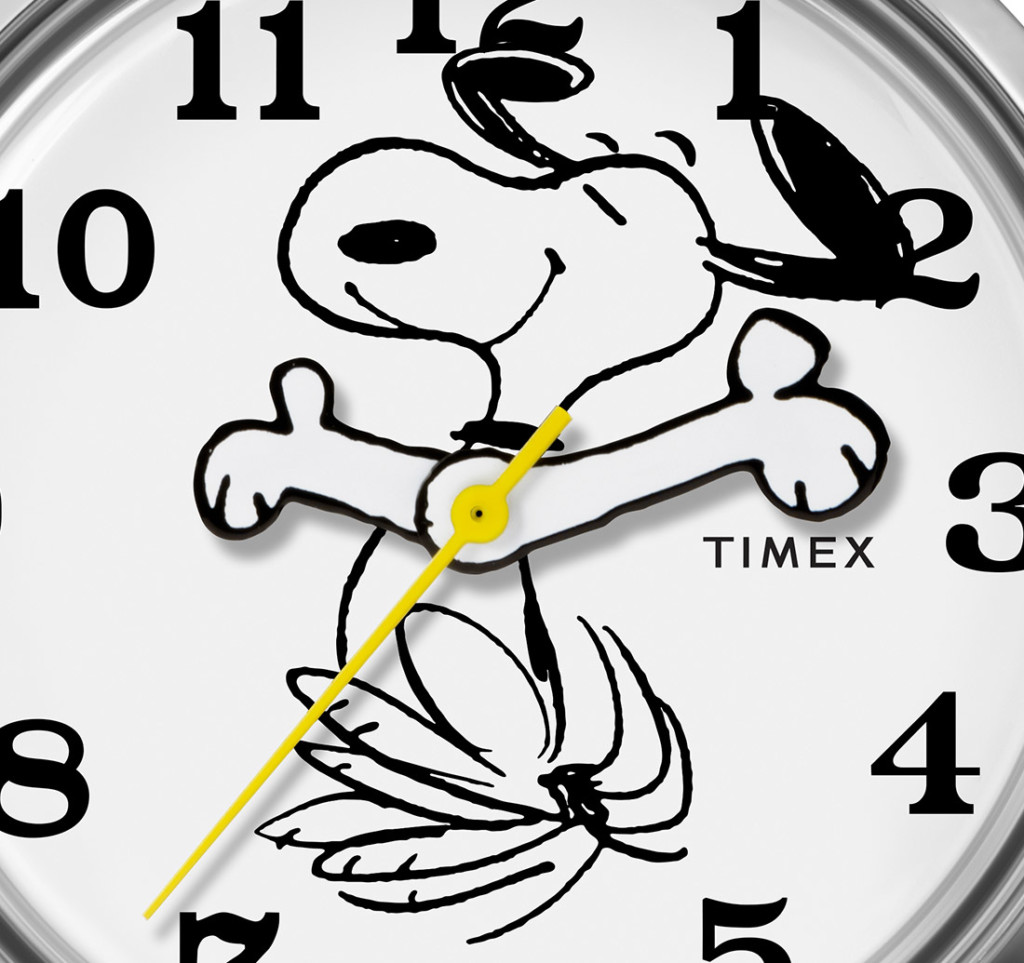 Like their great-great-grandfathers, the new pieces channel many of the same dial influences. One piece includes Charlie Brown, one piece includes Linus, and there are two of everyone’s favorite – Snoopy. Linus and Charlie Brown get a white dial, and sky blue dial respectively. Snoopy gets two watches (no surprise there, honestly, but I would have liked to see more characters) – one featuring a red dial, and another in white. Each watch utilizes their characters’ arms as minute and hour hands – something quirky and fun, and a kind of tradition for cartoon character watch dials, Mickey Mouse watches being the most famous. The printed numerals for hour indices keep in line with the old-style dials but remove the seconds indicators that added a bit of extra clutter. I think they could be a little smaller and avoid overlapping portions of the characters, but I do imagine that would make picking out the hour and minute hands more difficult considering how short they are to avoid distorting the character design. Each watch features a contrasting seconds hand that adds a splash of more color to each model. 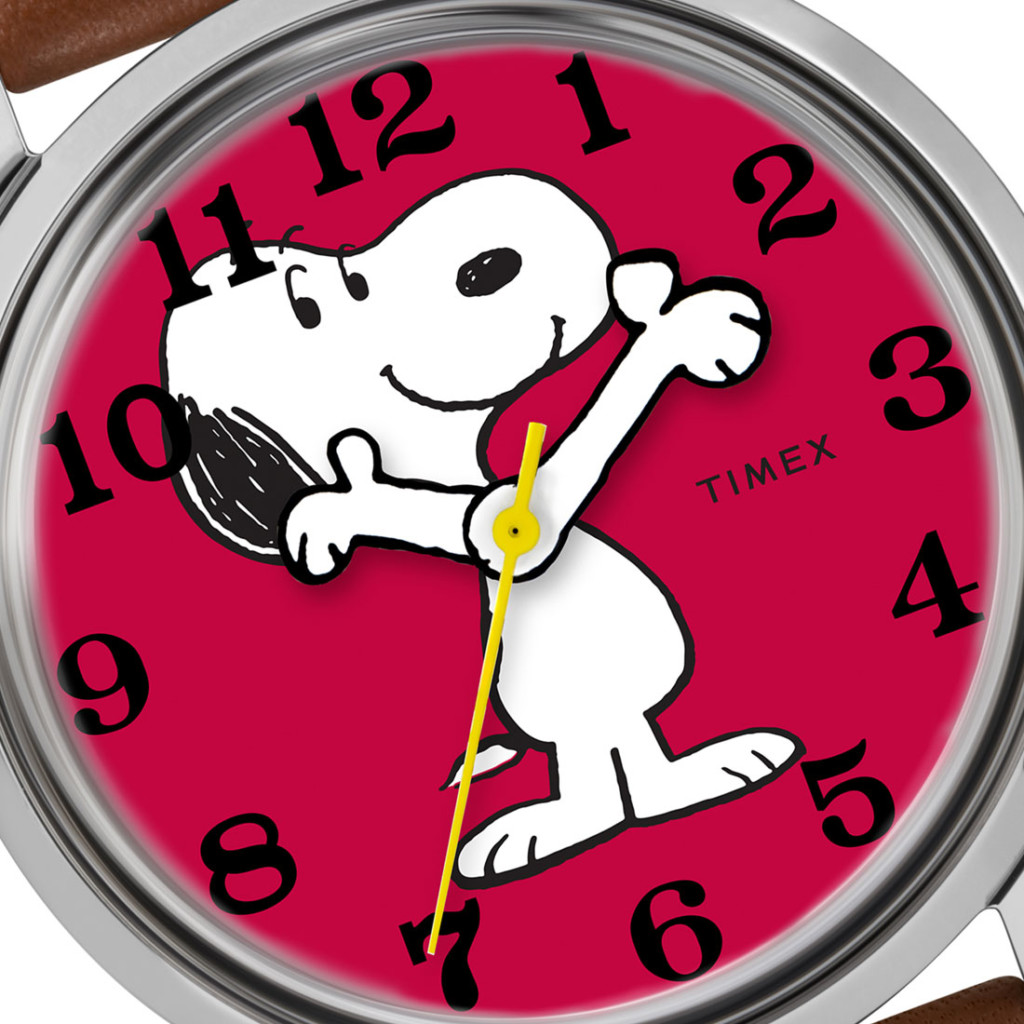 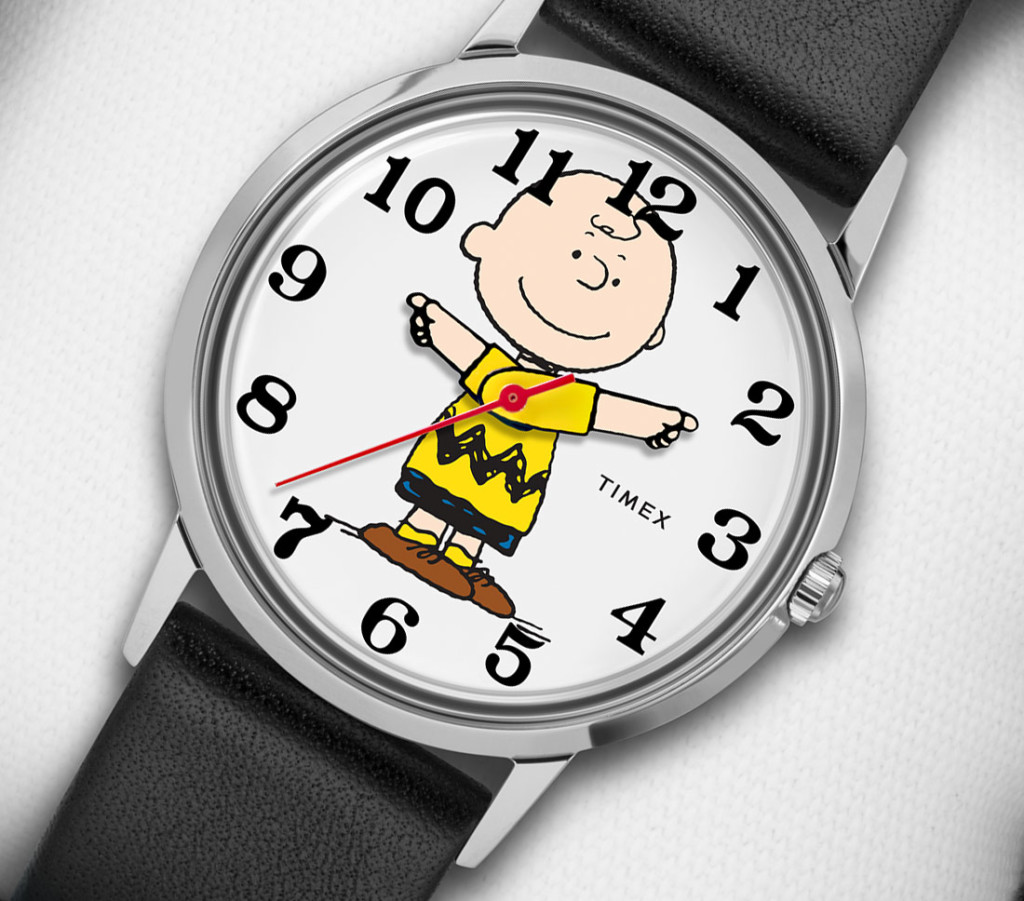 Unsurprisingly in this price-point and Timex’s history, an unspecified quartz movement is used, which in my opinion is totally fitting for the segment Todd Snyder is serving. Tying the watch together is a black leather strap on all but the red dial model, which sports a brown leather strap (18mm lug width). While I do appreciate the simplicity, part of the charm of older editions was the funky nato straps these watches came on – featuring slam dunks like a yellow nato sporting the pattern of Charlie’s sweater, or a Woodstock-laden strap for Snoopy. This is a modern take rather than a traditional one, though I think there would have been a really cool opportunity to include some more eccentric strap options reminiscent of times past. 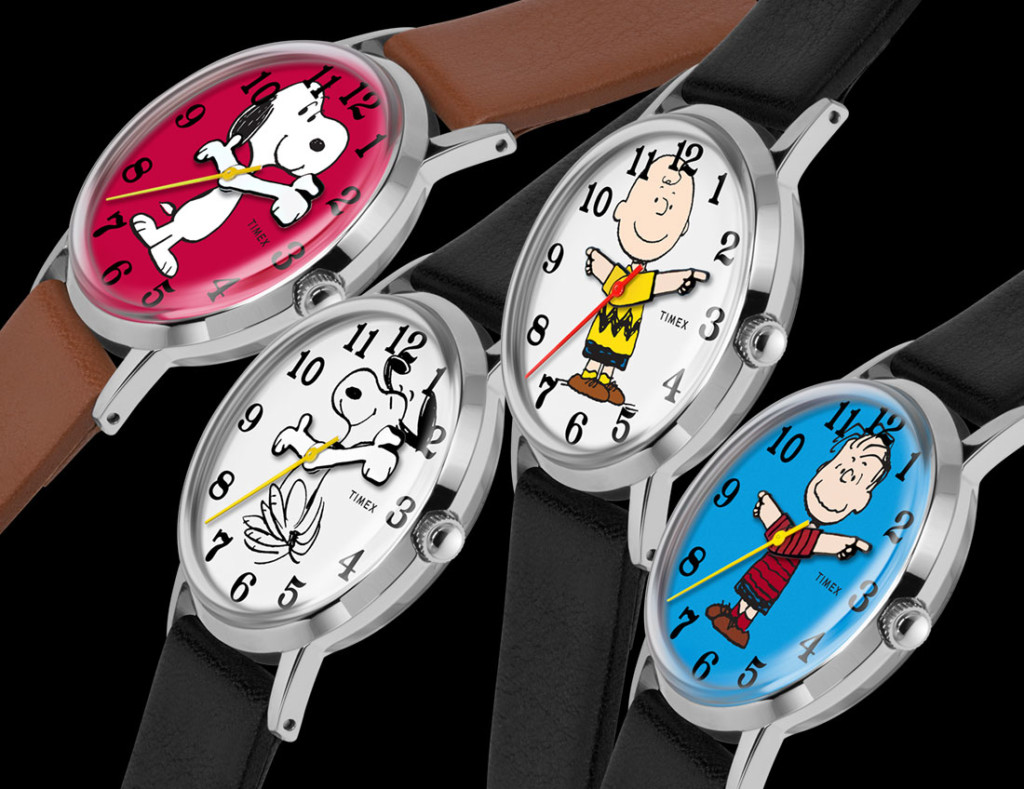 Overall, these are some fun, collectible, and quirky watches. I can’t help but think of the recent Nixon collaboration with Mickey Mouse and be excited by the idea that so many of these watches are popular enough to continue being created in price points that don’t require a second mortgage – looking at you, Snoopy Speedmaster – or delving into looking kitschy. Growing up reading the Peanuts comics in Sunday’s paper and watching the Charlie Brown specials brings a major emotional appeal to these watches, even if I wouldn’t wear one every day – and that’s something I appreciate about Todd Snyder’s twist on the Timex Peanuts collection. Price for each of the Timex Peanuts x Todd Snyder watches is an enticing $158. Learn more at timex.com or toddsnyder.com