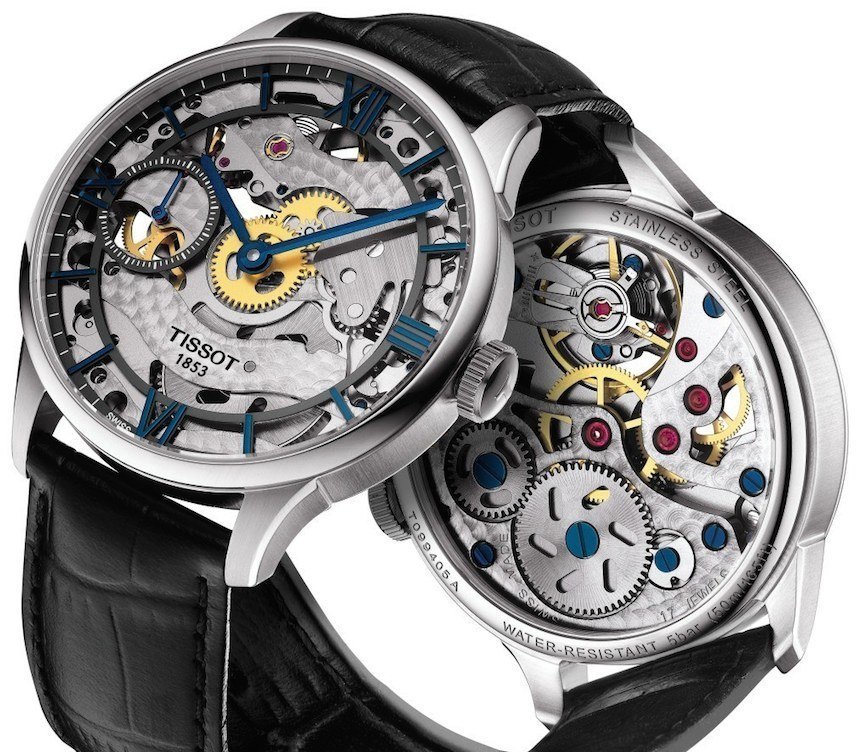 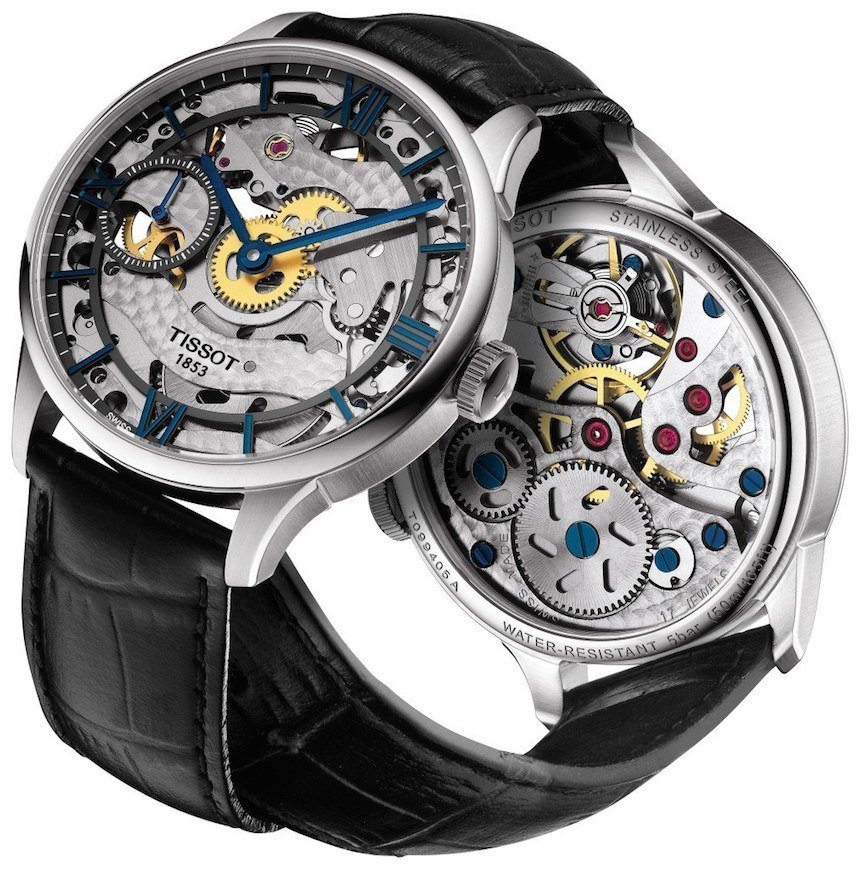 As a brand, Tissot really seems to be on quite a tear as of late. They have had quite a few notable new releases over the last few months, and now we are getting word of a sort of second wave. Most of them seem like reasonable additions to the lineup, but there is one in particular that caught our attention: the Tissot Chemin Des Tourelles Squelette.

As you can quite readily tell from the photos here, this is a skeleton watch (and that’s what squelette translates to from French – skeleton). I’ve been spending more time looking at and thinking about skeleton watches in the last year or so, and I have come to the conclusion that they are particularly hard to do. There are some brands that have it absolutely nailed down on the higher end of the luxury spectrum; when you start coming down closer to the realm of the “affordable” watches, things become hit-and-miss. 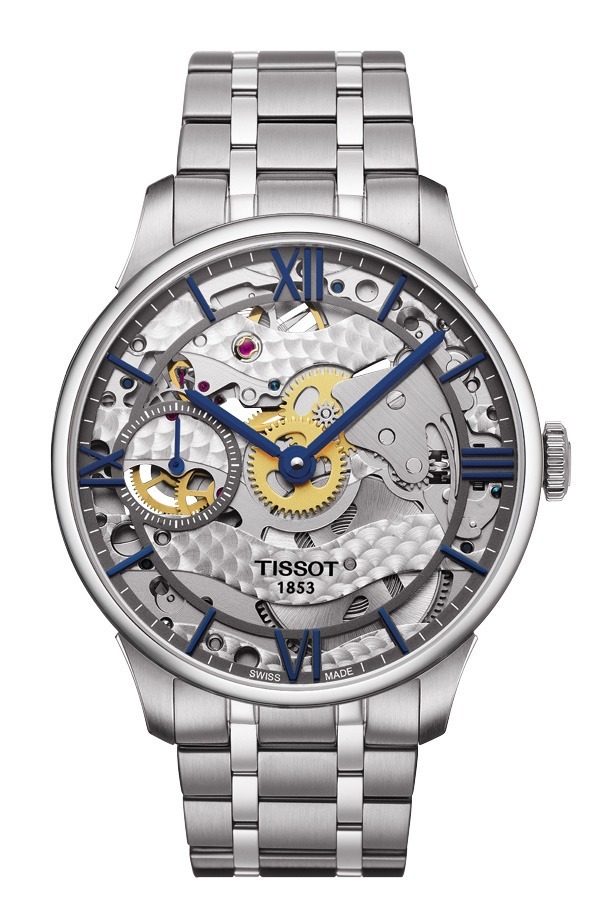 The single biggest problem that faces a skeleton watch is readability. Since there is no dial, a lot of attention is given to the movement, and what is shown. This can often take the form of skeletonized bridges and plates, allowing for more of the mechanical bits-n-bobs to be shown off. This often has a negative effect, as the display becomes so busy that it becomes hard to actually, you know, tell the time.

With the Tissot Chemin Des Tourelles Squelette, it looks like a sort of compromise has been arrived at. You can see portions of the balance wheel and mainspring, and a portion of the gear train that drives the handset is on display. Tissot has done something, though, that I’ve not noticed at this pricepoint – they’ve gone with fairly large bits of metal (call them bridges, plates, or what have you) that obscure some of the less-interesting parts of the movement (read: they do not move a lot), cutting down on some of the visual clutter. 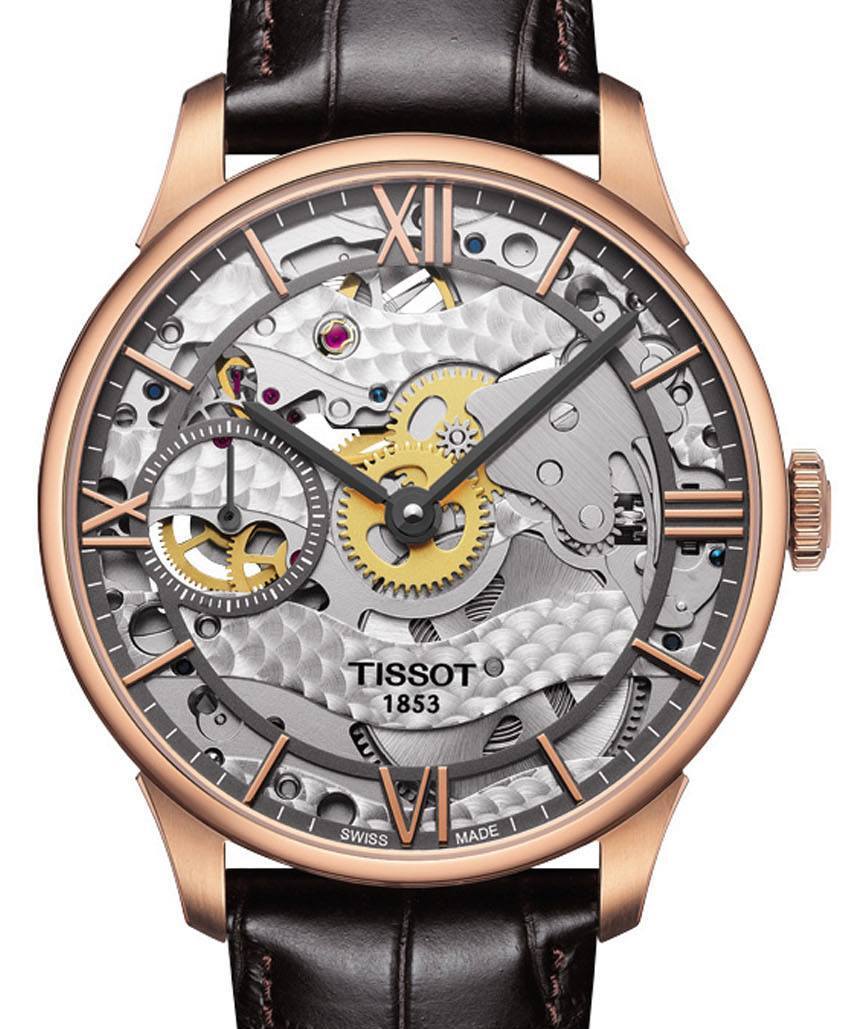 Against this, they have blued indices and a blued handset, which appears to be beveled. In the photos we have seen, this does look to provide the appropriate level of differentiation against the movement, allowing for you to read the time. Given the bevels on the handset, those should help catch the light, further assisting in the one job a watch actually has. On the rose gold model, the handset is in a dark grey, of which I am less certain of the ease of readability.

Flipping the watch over, you have a view of the rear of the movement, which is an ETA 6497-1 manually wound movement. Here again, Tissot resisted the temptation to show off every little piece of the movement. Instead, nicely finished plates cover most of the rear, while still allowing easy visual inspection of the parts that are the most kinetic, especially as you wind the movement up. 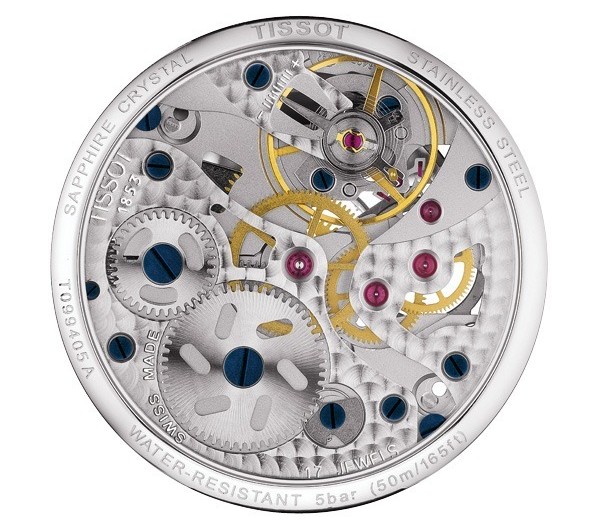 Having seen first-hand how well done a high-end skeleton watch can be, I suppose I have become a bit spoiled in what I would look for. That said, I think the Tissot Chemin Des Tourelles Squelette sits in a sort of happy medium – not showing off nearly as much as those luxury watches, but keeping things so much more readable than what you would see in the bargain bin of your local shop. 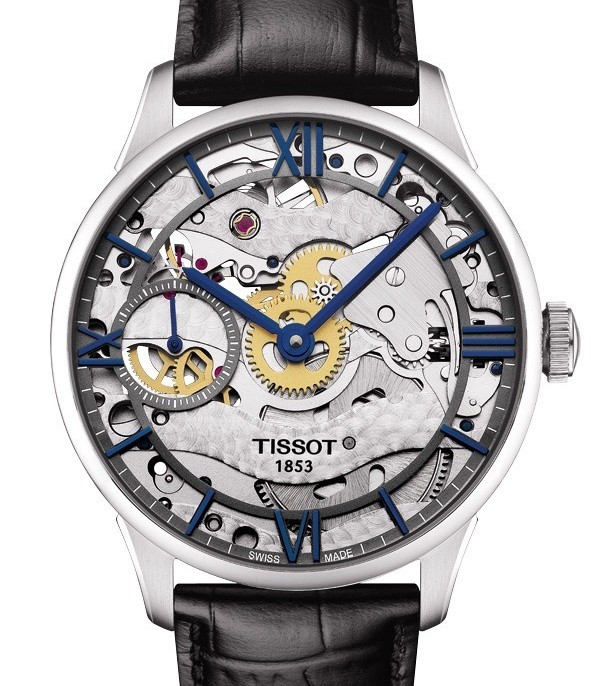 Frankly, I think they did a decent job here. As I mentioned, I think the grey handset on the rose gold model might be tricky, but the blued handset on the other models in the lineup seems to have the appropriate contrast. Coming in at a price of $2,050 and $2,200 for the rose gold, the Tissot Chemin Des Tourelles Squelette walks a fine line. And no, if you do not like skeleton watches to begin with, this one will not change your mind. If you are a fan of the style, though, you have to admit this is one of the better executed dial/movement combinations that we have seen as of late in the sub-five-figure segment.  tissot.ch