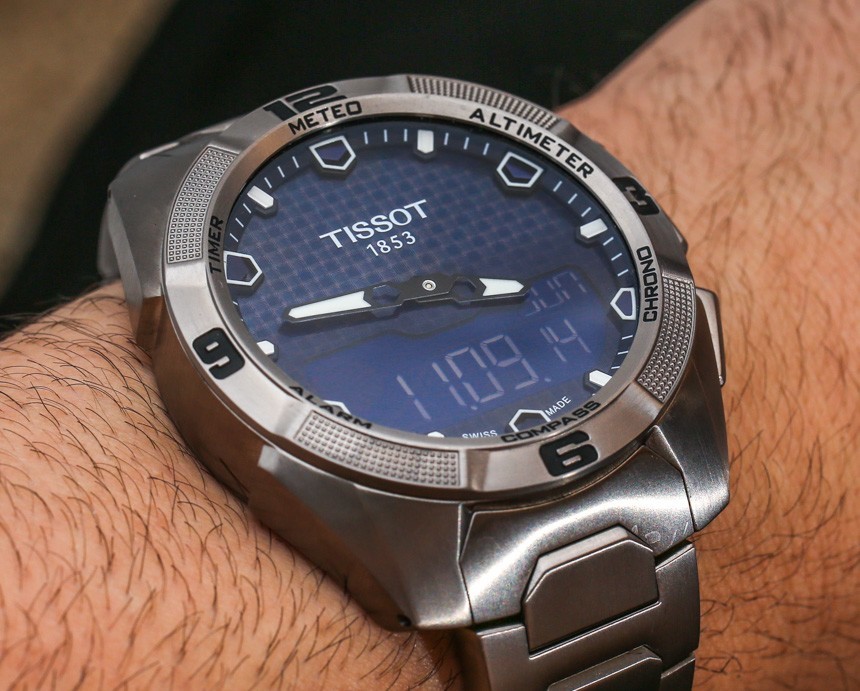 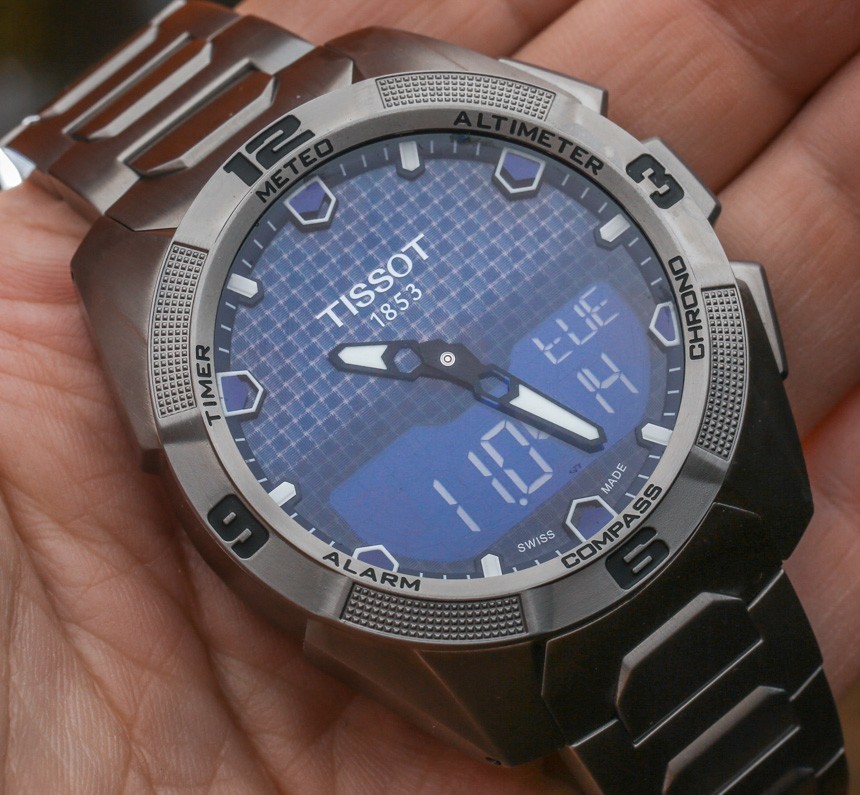 Welcome to the light-powered T-Touch, with the newer Tissot T-Touch Expert Solar. I’ve had a love affair with the Tissot T-Touch for well over a decade now (it originally came out back in 1999). Very few modern watches have remained as cool for as long. The T-Touch is easily the most popular type of Tissot you’ll see on people’s wrists, and many watch lovers have or have had at least one. When the Tissot T-Touch originally came out, it was difficult not to be mesmerized by its sapphire crystal touch screen. Offering similar functionality as Casio’s popular Pathfinder (now Pro Trek) collection of outdoors/hiking watches with their “ABC” functionality (altimeter, barometer, compass), the Tissot T-Touch offered the same, with a slick analog/digital dial, with hands that repositioned themselves in order to show the various functions along with the digital screen. 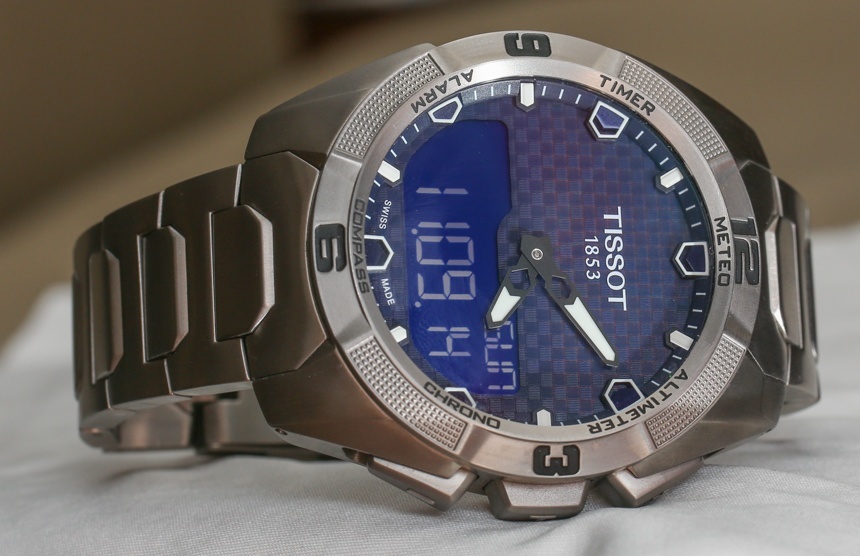 There have been many “ana-digi” dialed watches over the years, and many agree that Tissot’s T-Touch collection is perhaps the king. That is even the case after all these years. Of course, Tissot hasn’t sat on its laurels with the T-Touch. We’ve seen an amazing variety of T-Touch models over the years, and along the way, Tissot has remedied some of the technical issues early T-Touch models had (such as water resistance issues). The ultimate water resistant T-Touch came with the Tissot Sea-Touch (reviewed here). 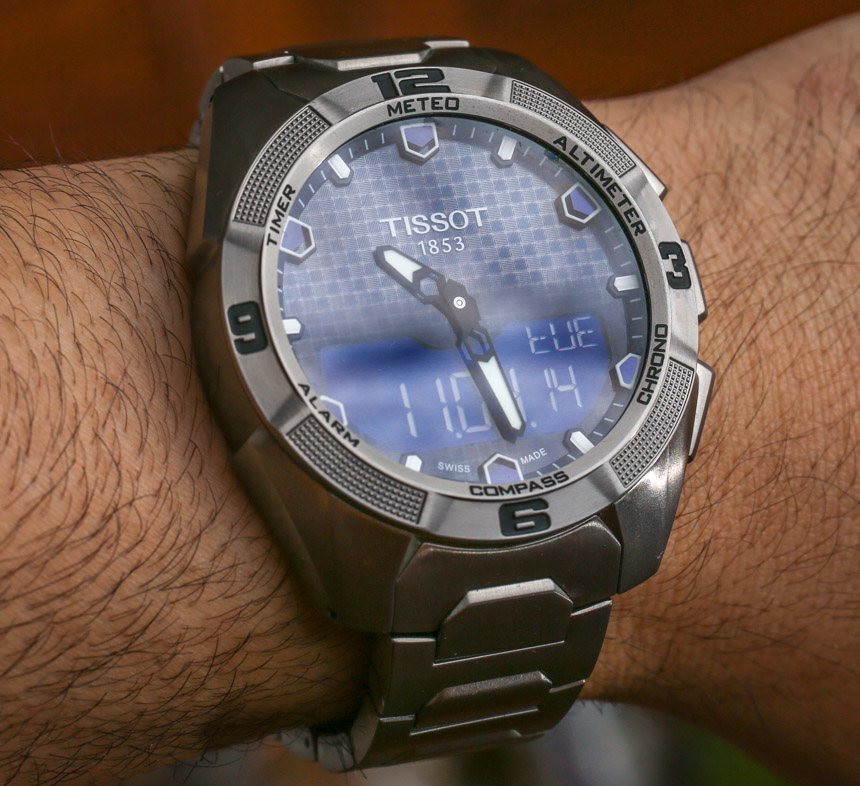 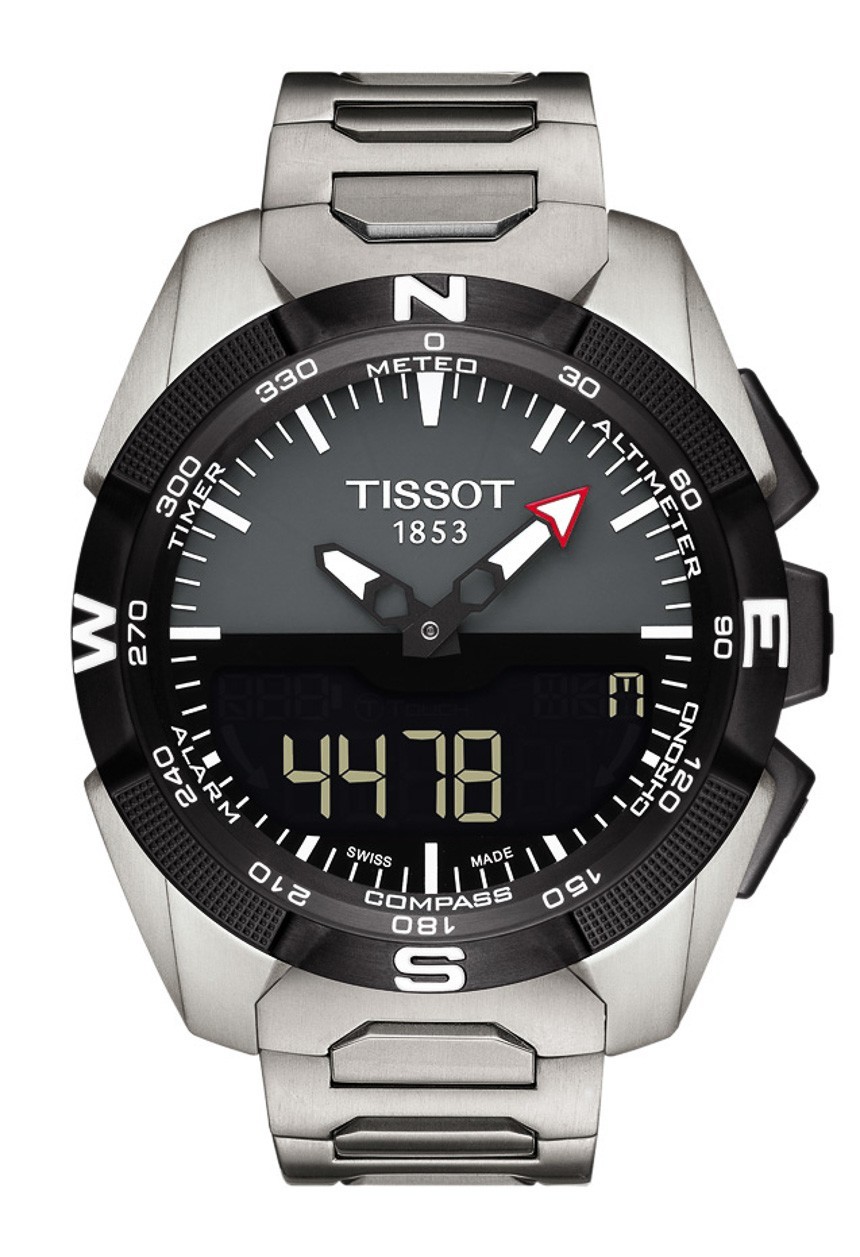 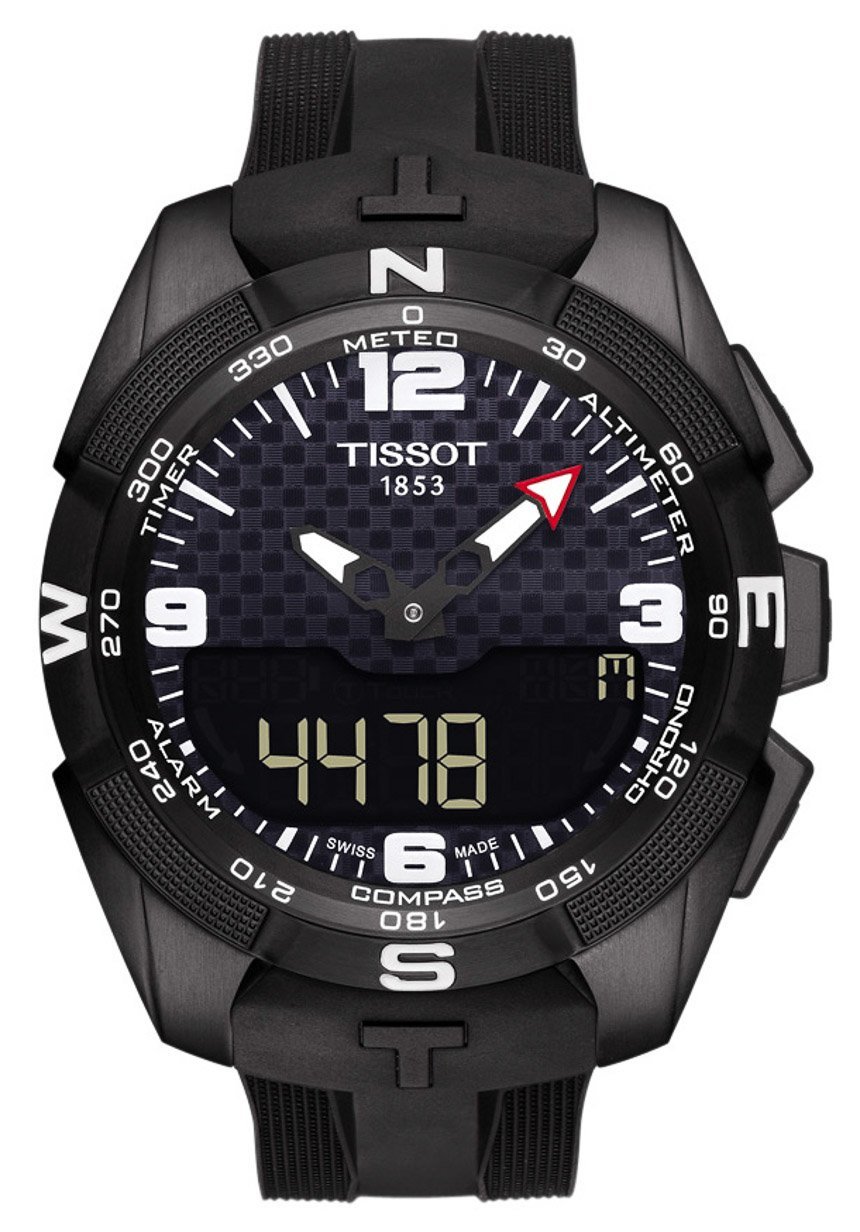 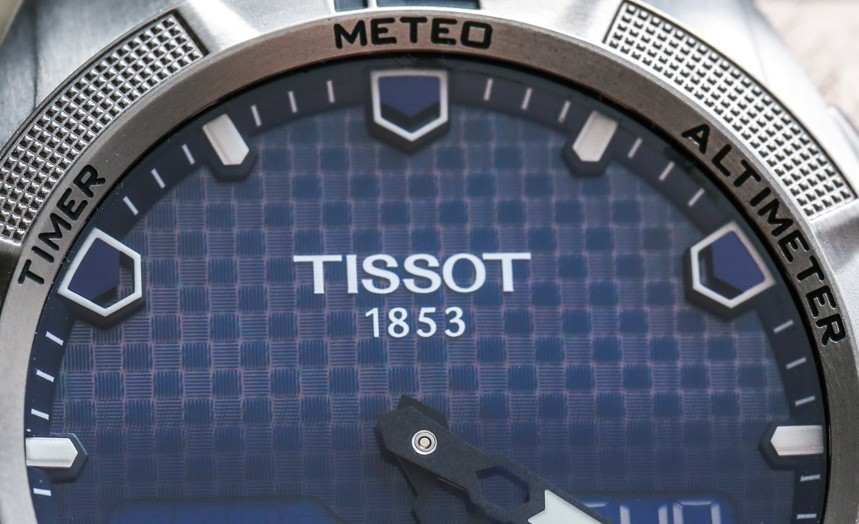 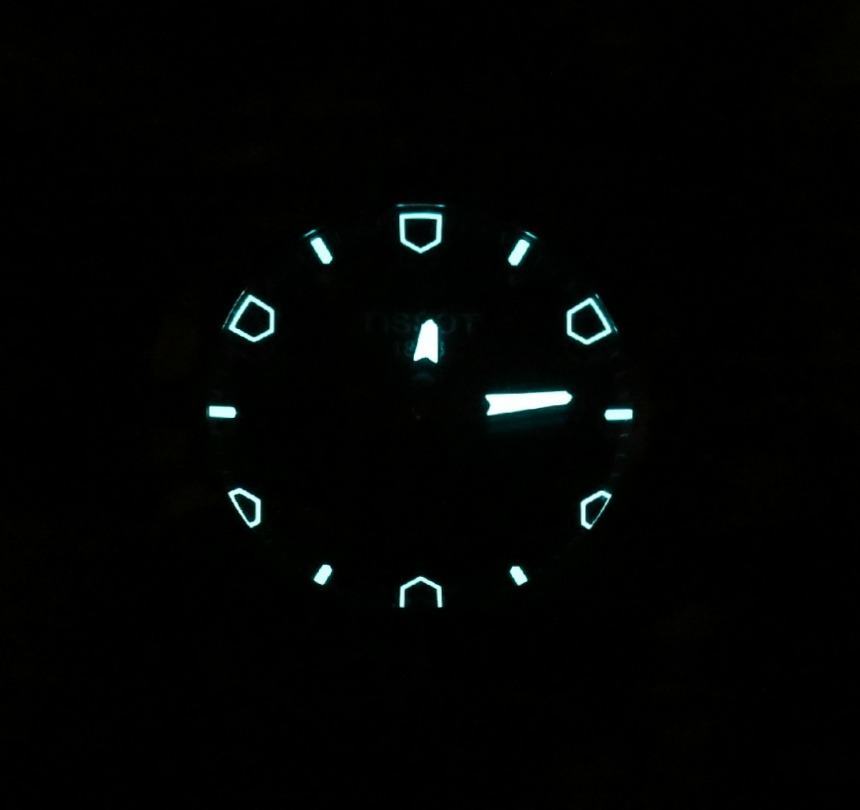 For years, the main complaint people had about Tissot T-Touch watches was that their Japanese competition features solar power generation, while the Tissot T-Touch needed a battery change. I agree that this was an issue, and even if you needed to change the battery each 1.5 – 2 years, it was still a pain. Tissot worked with ETA (both part of the Swatch Group) to develop a T-Touch movement that was powered by light. Finally, in 2013, Tissot debuted to me a working prototype of what would eventually be known as the Tissot T-Touch Expert Solar. In 2014, Tissot was ready to release the Tissot T-Touch Expert Solar (hands-on here) with a new model that would top out the long-standing T-Touch collection. With this top-of-the-line T-Touch model, fans could finally enjoy a T-Touch watch with light power generation that didn’t require a battery change. 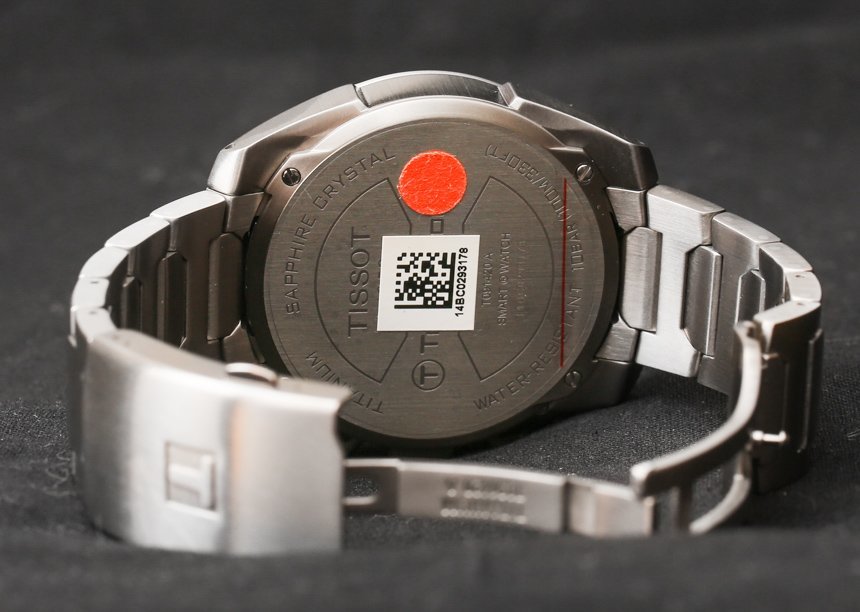 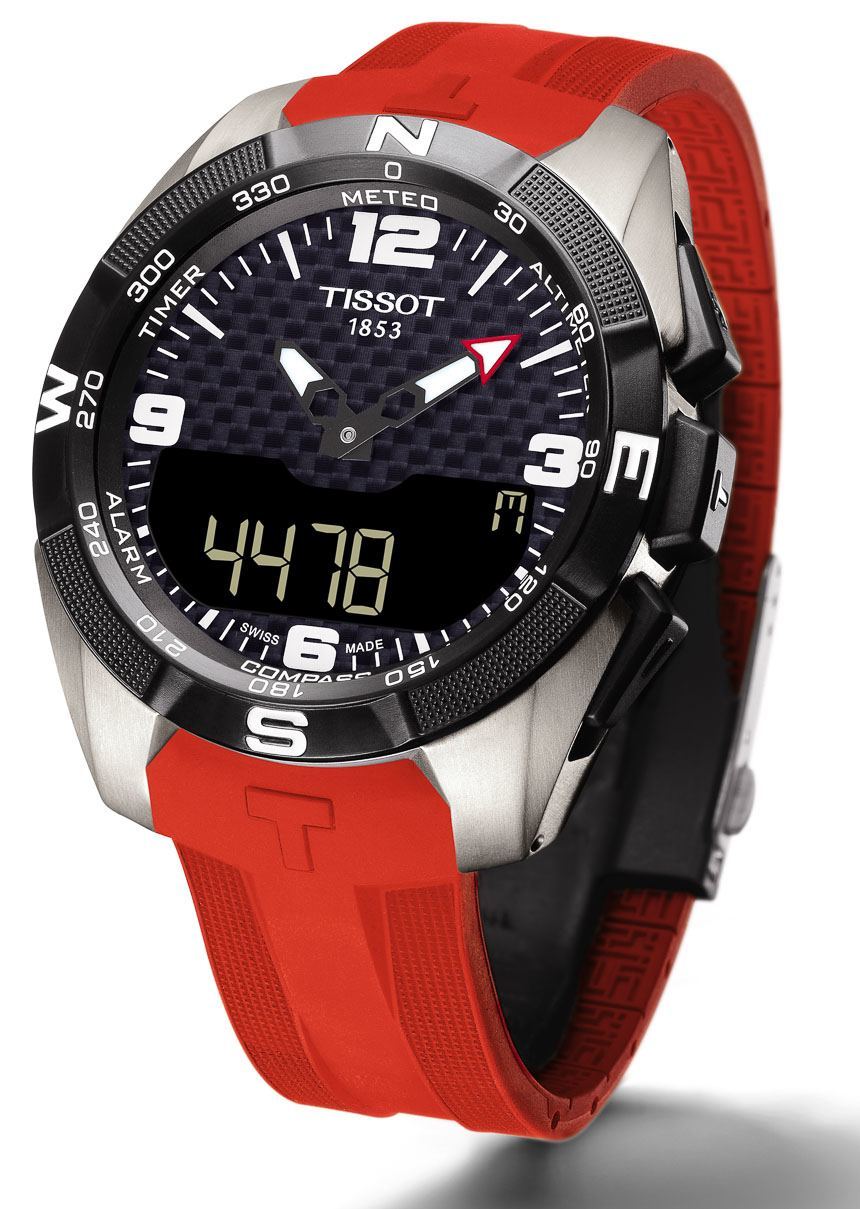 The new movement in the Tissot T-Touch Expert Solar is the ETA E84.305 and it is easily the finest T-Touch movement to date. It does a bit more than simply add light power generation to the existing movement family. A good question is why it took Tissot so long to match the Japanese? Well, the answer is that the T-Touch system with the touch screen and the moving hands required a bit more than doing the same thing as Casio. T-Touch movements needed a lot more power, and Tissot wanted to ensure a great experience. 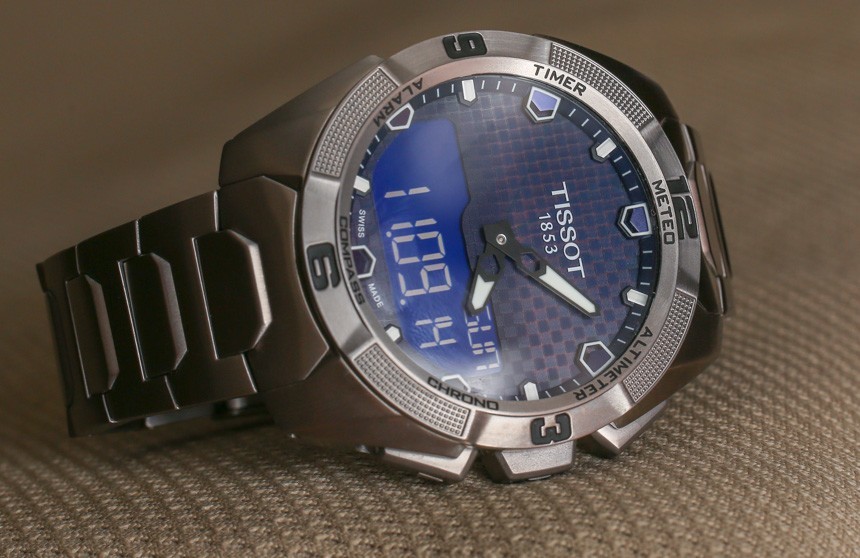 The new T-Touch system continues to use an AR-coated sapphire crystal and activation button for the touch screen system. What is new compared to the outgoing Tissot T-Touch Expert is the improved responsiveness of the screen as well as the extremely fast movement of the hands. This is something that Tissot also included in the T-Race Touch watch that is lower priced, has fewer features, and does not include solar power generation. The fast moving hands of the Tissot T-Touch Expert Solar and improved movement performance alone are reasons enough to upgrade – the solar power generation is really the icing on the cake. 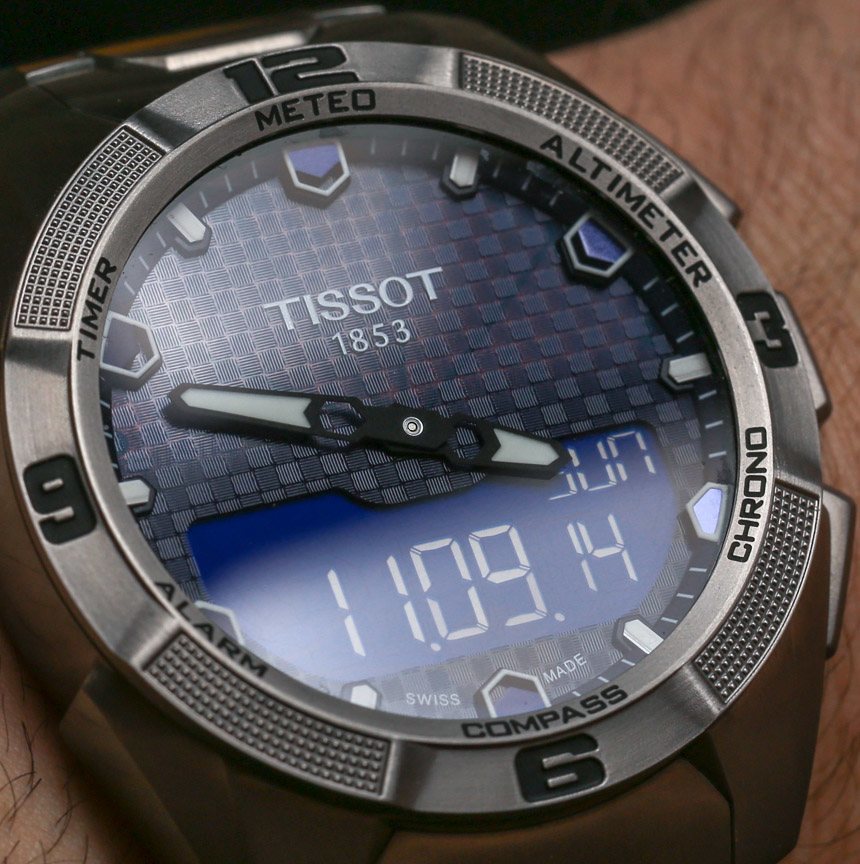 So, what functions does that movement have? Of course, there is the time and the perpetual calendar functionality. There is also a quick second time zone feature, which is nice. You can even have one time on the main dial and a second time zone indicated in the digital screen. For the Tissot T-Touch Expert Solar, the digital screen is larger than ever, but still really crisp. It is also a negative LCD screen, meaning the screen itself is black and designed to blend in as well as possible with the main face. This is part of that slick design sense you get with a Swiss watch.

Around the bezel, you’ll see various function zones such as Meteo (barometer), Compass, Altimeter, Timer (countdown timer), Chronograph, and Alarm. There is also an Azimuth feature for navigational purposes. One thing that the T-Touch Expert Solar loses is the rotating navigational bezel that the older Tissot T-Touch Expert had. I, personally, never used it, but I felt that it was important to mention the lack of a rotating bezel. 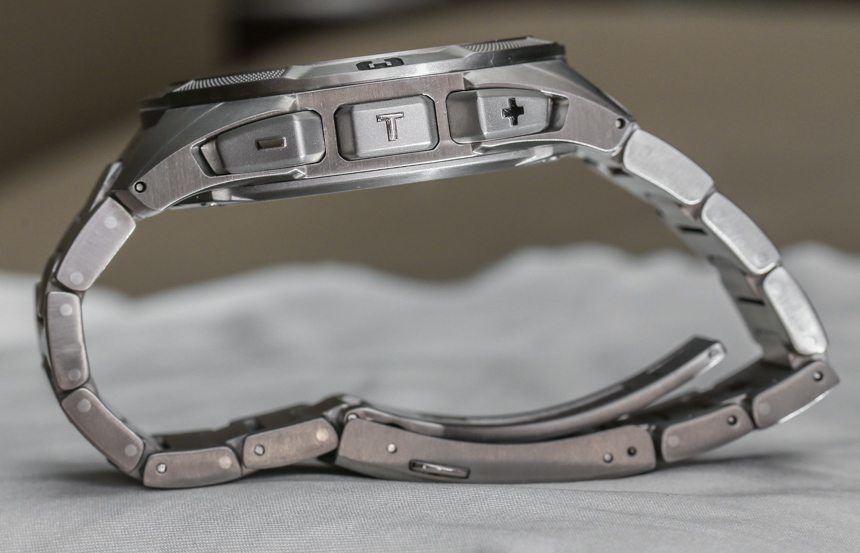 The ETA84.305 continues to be easy to understand and use. You have two pushers on the side of the case in addition to the T-Touch screen activation pusher. You use them in combination with touches on the screen to select and then adjust the various functions of the movement. Tissot, of course, offers the usual range of online tutorials to help you understand how the Tissot T-Touch Expert Solar works.

If you are used to previous T-Touch watches you’ll be at home with the Tissot T-Touch Expert Solar. You’ll only notice the much faster moving hands and improved speed of the movement overall – which is highly appreciated. Given the upcoming era of the smartwatch, I have high hopes that in the next ten years or so, that core T-Touch platform will evolve into whatever Tissot decides is its eventual role in the smartwatch world. The T-Touch platform is just too cool to not involve itself in the future of tech wearables.

So, what about the Tissot T-Touch Expert Solar watch itself? The good news is that Tissot returns with a titanium case with available bracelet or various strap options. The style is a bit different than existing T-Touch models, but you can see how they share the same DNA. There are elements I like about the more historic models and elements I like about the new Tissot T-Touch Expert Solar – so neither is a clear design winner, in my opinion. 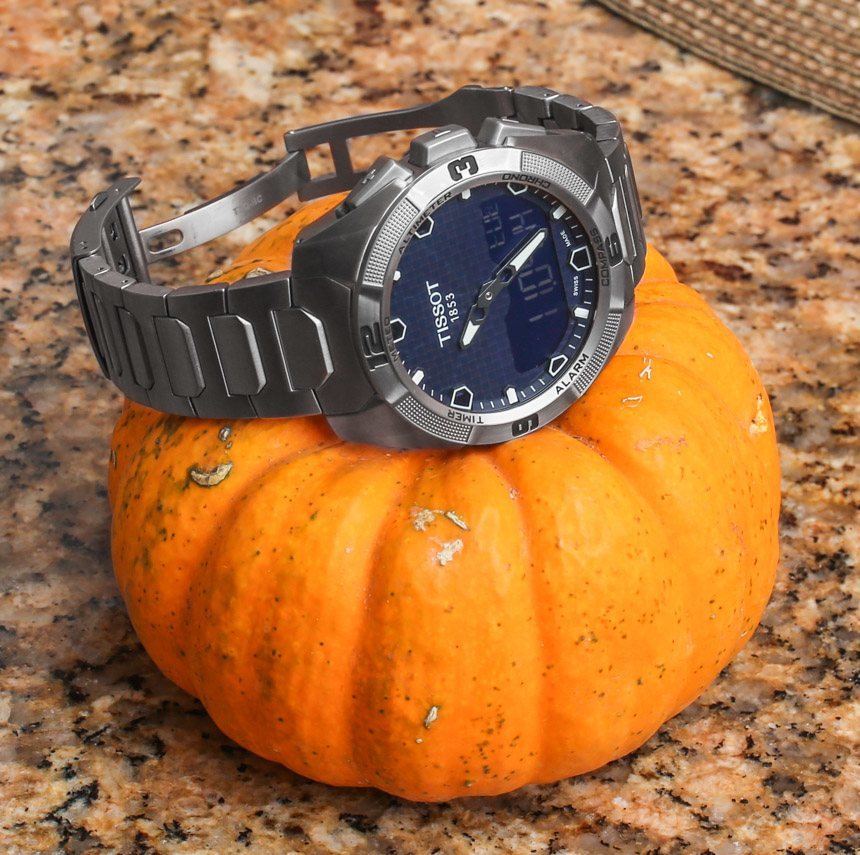