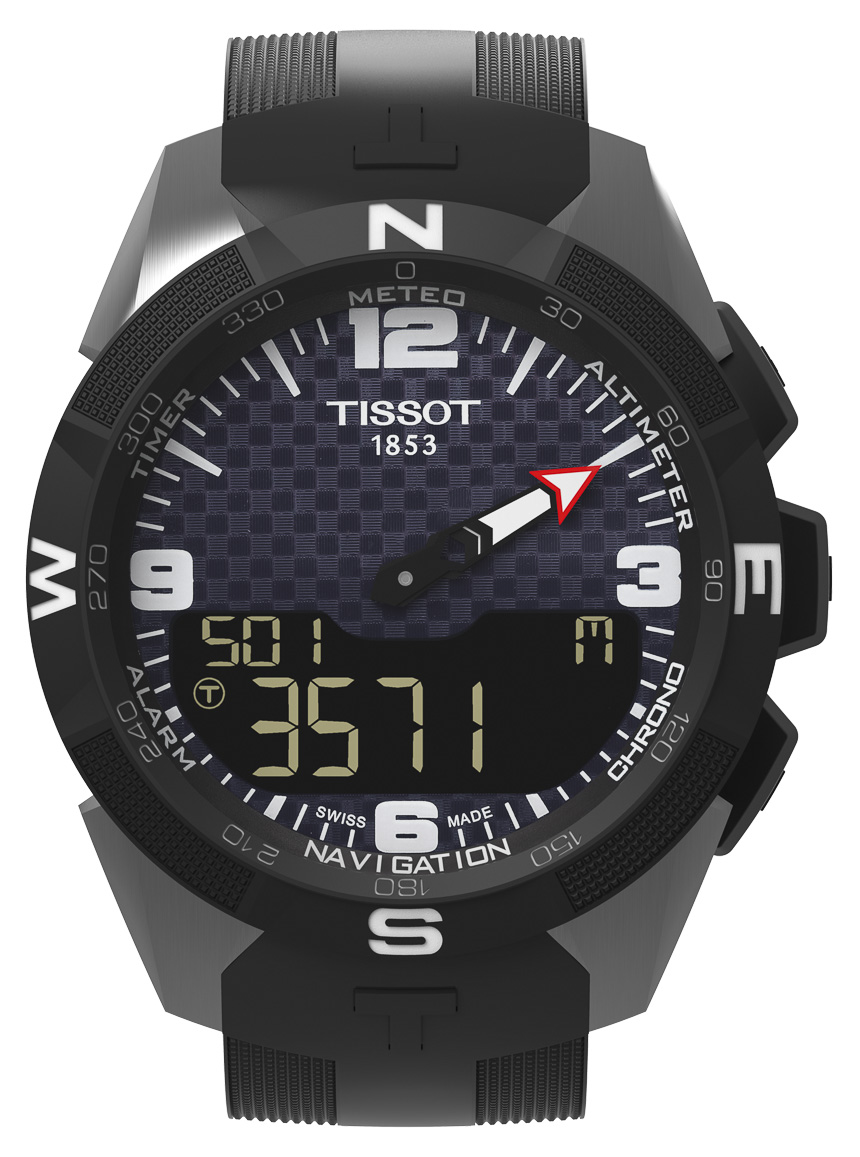 It has been long-speculated, and recently confirmed, that the first major smartwatch from the Swatch Group would be released by group brand Tissot. A few weeks ago, Swatch Group chairman, Nick Hayek, mentioned that a Tissot smartwatch would be released at Baselworld 2016 and now here it is: the Tissot Smart-Touch. Based on the outgoing Tissot T-Touch Solar, the Smart-Touch is an extremely logical and modern evolution of the T-Touch family of technology-inspired Swiss timepieces that began life in the late 1990s.

This isn’t the time to go into a full discussion of the history of the T-Touch collection, but I can say that it makes a lot of sense for Tissot’s signature electronic watch to now offer “connected functionality.” What is the most interesting, is that Tissot will sell the Smart-Touch at about the same price as the T-Touch Expert Solar, which was debuted in 2014. You can read the full aBlogtoWatch review of the T-Touch Expert Solar here, where I believe I mentioned that in today’s day and age the T-Touch collection seemed to almost “want” smartwatch functionality. 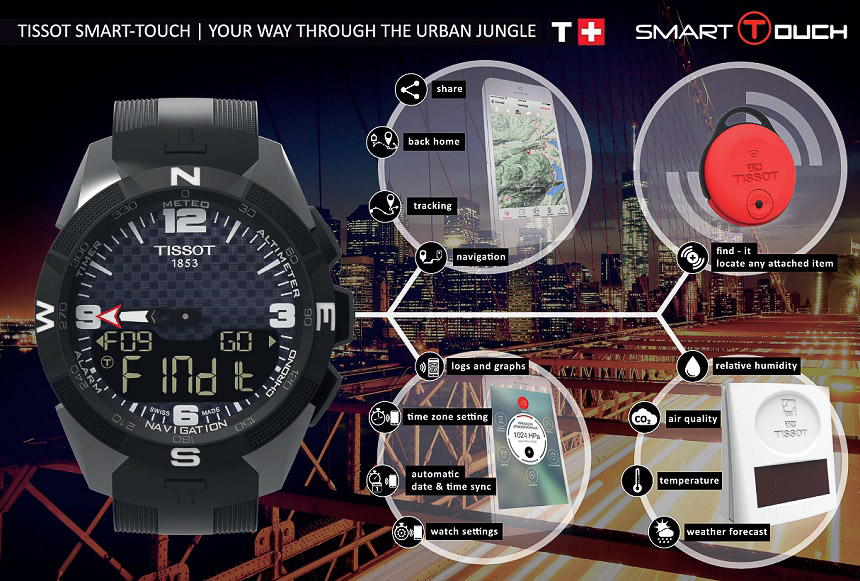 What the T-Touch Expert Solar added to the T-Touch family – in addition to an updated design and faster movement – was solar-power generation. As you can see, much of the face is made up of an exposed photovoltaic cell which uses ambient light to power the quartz movement, motors that operate the hands, as well as the LCD screen which makes up a large part of the bottom of the face. Tissot now joins a small rank of watches previously only made up of Japanese timepieces such as Casio and Citizen that combine light power generation with Bluetooth connectivity.

The Swatch Group has been mostly lukewarm in their response to smartwatches until now – a stance which makes sense since the “connected watch industry” has the potential to seriously disrupt their core revenue stream which comes from the sale of Swatch and other entry-level priced timepieces. With that said, the Swatch Group also owns a number of historical luxury watch brands who primarily sell mechanical watches such as Omega, Blancpain, and Breguet. In fact, the Tissot Smart-Touch is the first major smart watch technology investment that the brand has seemingly made (for a final consumer product) since the ill-fated SPOT watch system from the early 2000s which connected to radio signals. 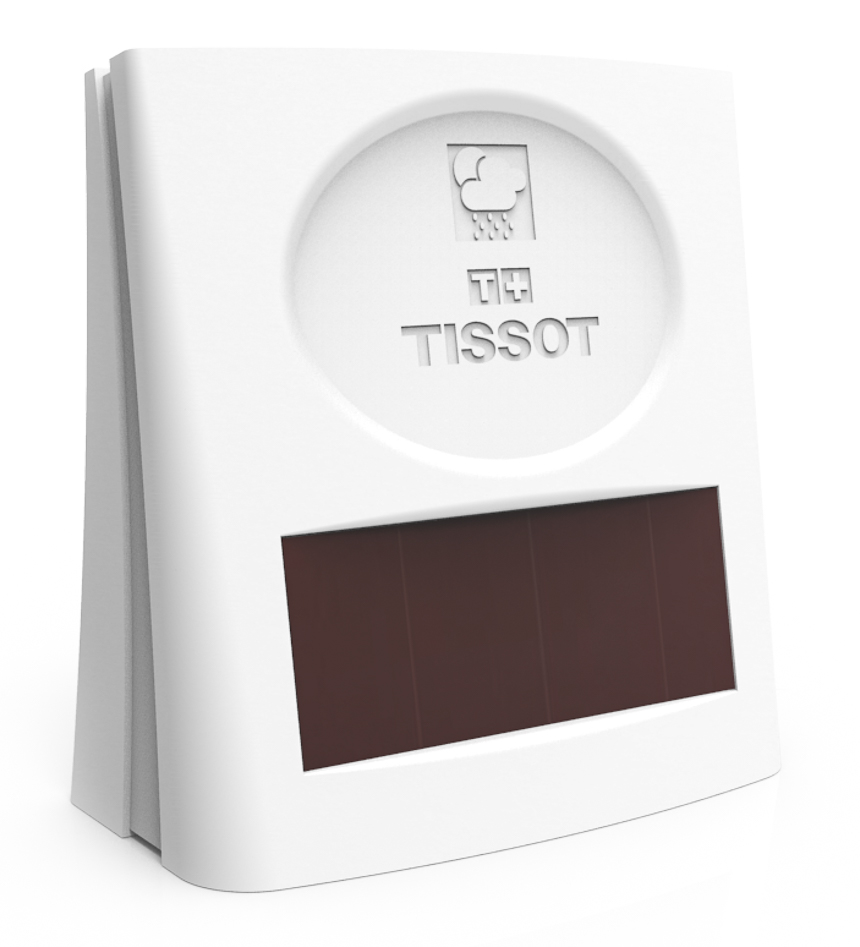 Swatch (the brand) did come out with a simple Bluetooth-connected watch with the Touch Zero One, which was a niche connected timepiece meant for volleyball. Nevertheless, the Tissot Smart-Touch is a much more ambitious product with a lot more utility for a much larger group of consumers. Visually, the Smart-Touch is almost identical to the T-Touch Expert Solar – which we believe will continue to be produced alongside the Smart-Touch, at least for now. Tissot now offers a black ceramic bezel on an otherwise titanium case that is 45mm wide, and will likely come in a few styles on either a bracelet or various strap options.

Tissot has offered a limited amount of information about the Smart-Touch, and we anticipate offering a full review when the Smart-Touch has been commercially released later this year. Tissot’s confidence has likely been further galvanized by the positive sales of the TAG Heuer Connected smartwatch, which is technically a competitive product even though the two watches differ greatly. While the TAG Heuer Connected has a full digital screen and runs Android Wear, the Smart-Touch is a more traditional watch which expands on its native functionality to integrate with a smartphone app, as well as at least two connected peripherals which we’ll look at in a moment. Connecting to other devices make the Tissot Smart-Touch “product family” its own IoT (internet of things).

For those not familiar with the T-Touch family, what made the collection famous – and still widely worn around the world – is the ability to operate elements of the watch by touching the sapphire crystal dial with your finger. The user must first activate the screen by pushing a button on the side of the case, and then can press in various areas on the dial to activate different features. What made the T-Touch even more cool though is how the analog minute and hours hands would move from indicating the time to other positions to offer additional functionality such as acting as a compass indicator. Native functionality includes a range of alarm and calendar functions along with barometer and altimeter sensors.

While it isn’t clear what the full range of connect features are, Tissot is pushing two interesting areas of functionality which are certainly not common for most other smartwatches. First are navigation features which combine the compass feature of the T-Touch with navigation and other GPS features on your smartphone. If we understand the system correctly, the hands as well as screen on the Smart-Touch dial will offer directions and tracking features for navigating both urban and natural landscapes. Tissot touts such features as “back home, tracking, and navigation.” Part of this functionality is offered in the “Smart-Touch FindIt” accessory which is a fob that can be attached to things and then tracked by the watch. This is good for finding your way back to camp or tracking a moving object. We will have to learn more about how that works and we are looking forward to testing it as soon as we get our hands on a review unit. 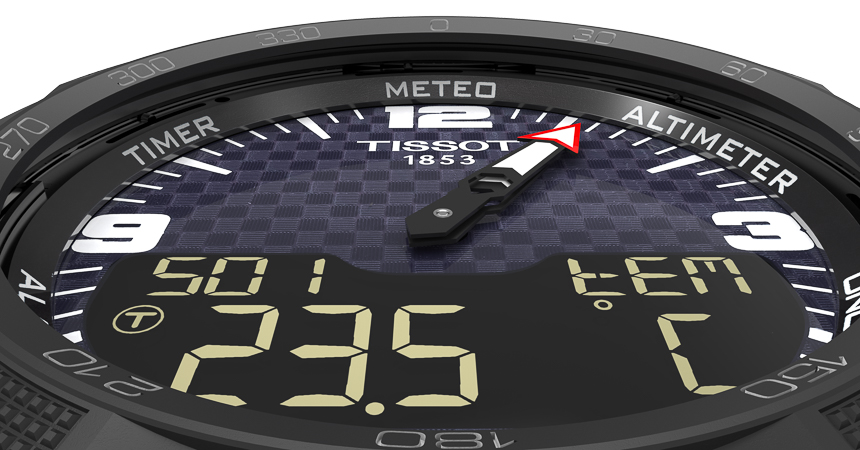 Another accessory for the watch is the Smart-Touch Station, which appears to be a small weather station, that is also solar powered. The idea here is for the station to offer hyper local weather information such as temperature, humidity, and air quality back to not only the Smart-Touch watch but also the smartphone app which goes with the devices. These are rather novel products for Tissot, which is looking a lot more like a technology company rather than a traditional Swiss watch company with the release of these Smart-Touch family of products.

The Tissot Smart-Touch will also offer expected smartwatch functionality such as automatically updating its time and calendar data using the companion smartphone. Such functionality isn’t novel, but when it works properly, it makes wearing a timepiece during travel a lot easier. Easily one of the biggest hassles of owning a traditional watch is having to set and reset it on a regular basis. Ever since Japanese watches that updated themselves using atomic clock radio signals became popular, many of us have quickly grown to enjoy (and often miss) this user-friendly functionality. 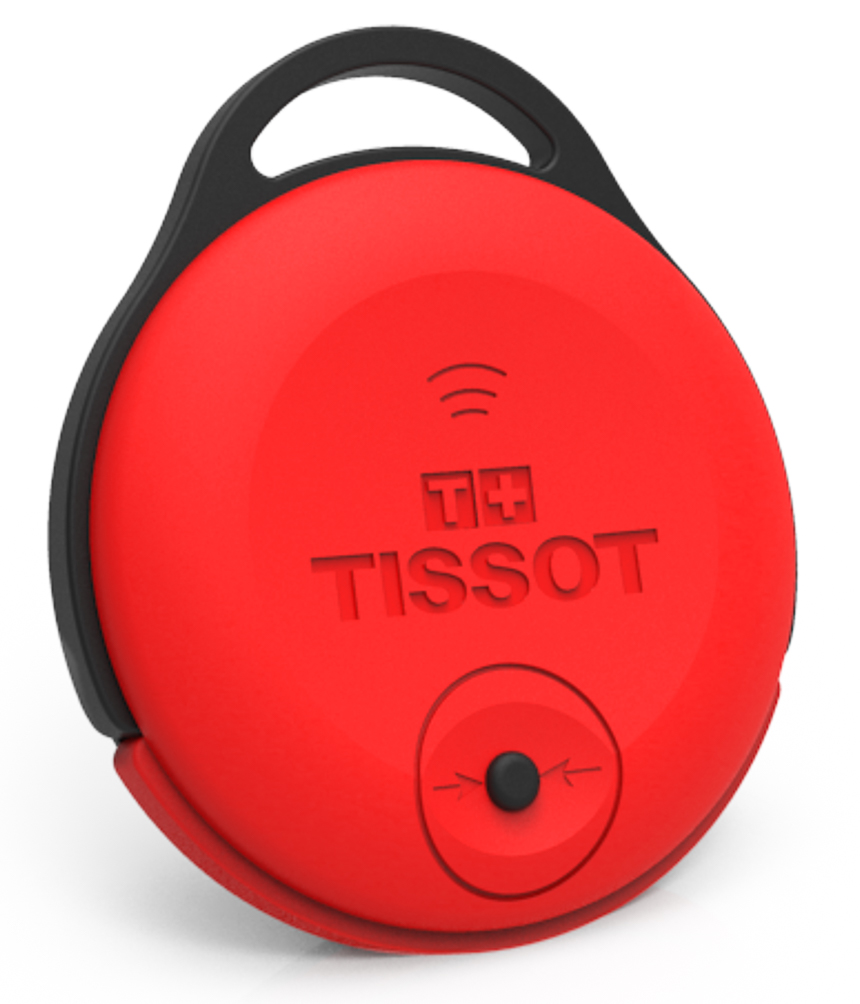 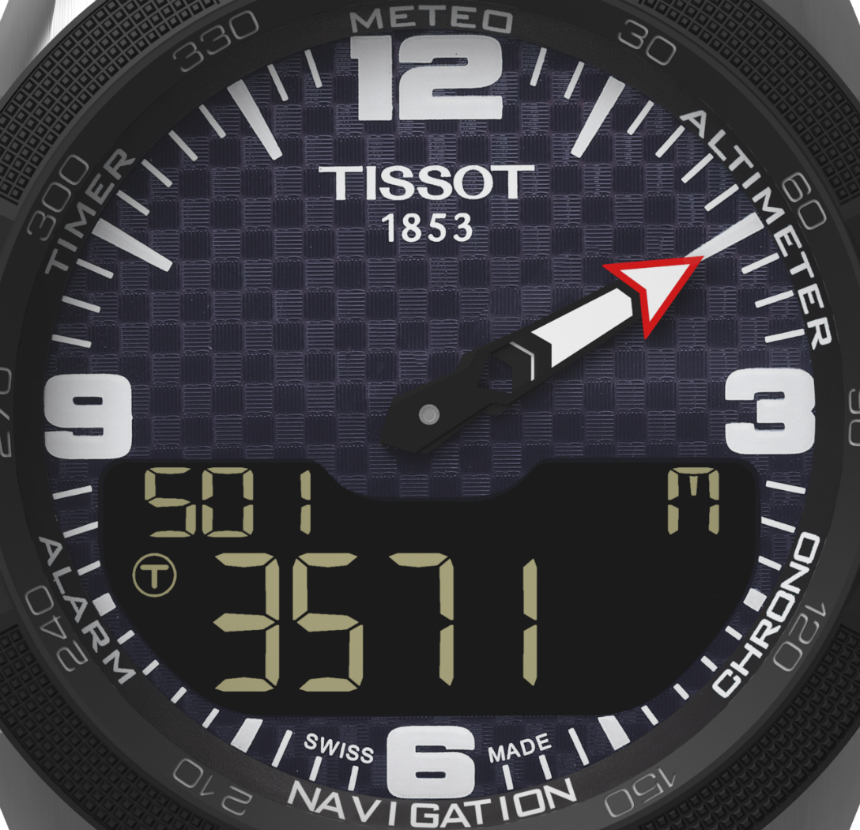 With the modern, yet traditionally attractive style of a T-Touch and new smartwatch features, the Smart-Touch further benefits from not requiring battery changes or regular charging. Tissot isn’t trying to offer a product with every conceivable smartwatch feature, but the Smart-Touch is a very compelling watch for those interested in experimenting with smartwatches, or for those who prefer the look of a traditional timepiece to something with a screen. Tissot was also smart to retain the core style of the T-Touch Expert Solar – again, case with a diameter of 45 millimeters – in producing the Smart-Touch design.

In many ways, the Smart-Touch is the T-Touch timepiece I’ve been wanting Tissot to produce for several years now. It will be exciting to review this product once I am able to get my hands on one. Better news is that the price for the Smart-Touch will not be more than the T-Touch Expert Solar with an estimated retail price of $1,100 – $1,200. tissot.ch