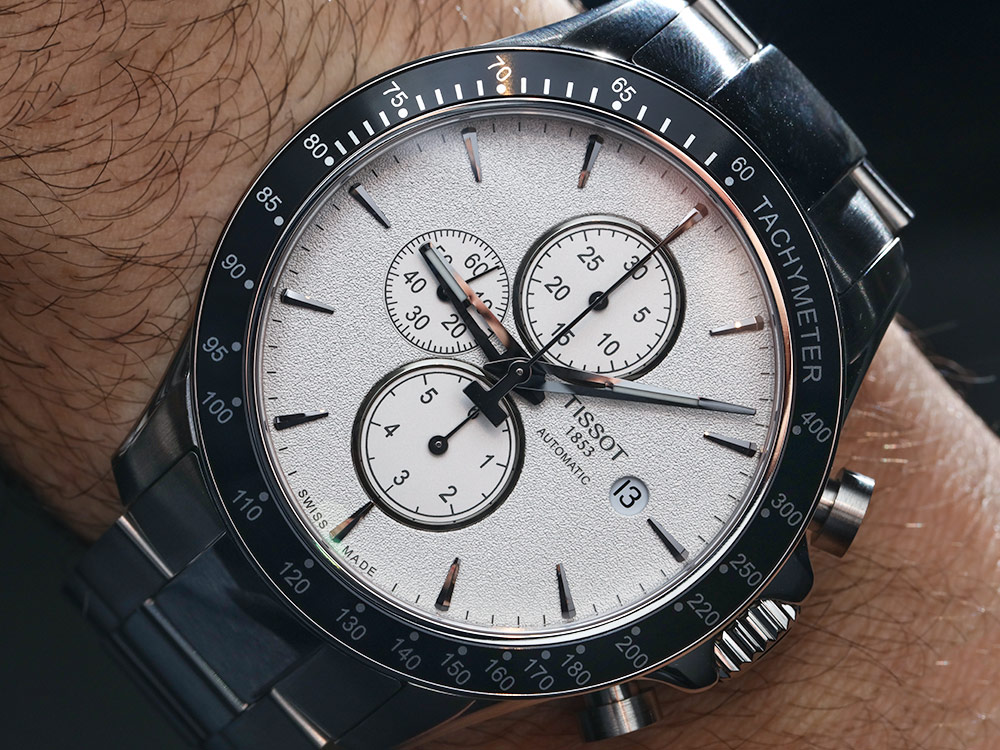 When it comes to affordable Swiss-made chronographs, it’s not exactly a crowded space – particularly for mechanical options costing less than $1000. This is largely due to the fact that staying inside this threshold is impossible for Valjoux-made calibers – essentially the industry’s most widely adopted, and most economical chronograph standard. But for brands like Tissot, their access to the broad spectrum of manufacturing resources in the Swatch portfolio has made them a prime contender for lowering the barrier of entry for Swiss-made automatics (like the Sistem51 Irony, or the recently announced sub-$400 Swissmatic Everytime) – and that includes chronographs, thanks to the C01.211 movement found in the Tissot V8 Automatic Chronograph. 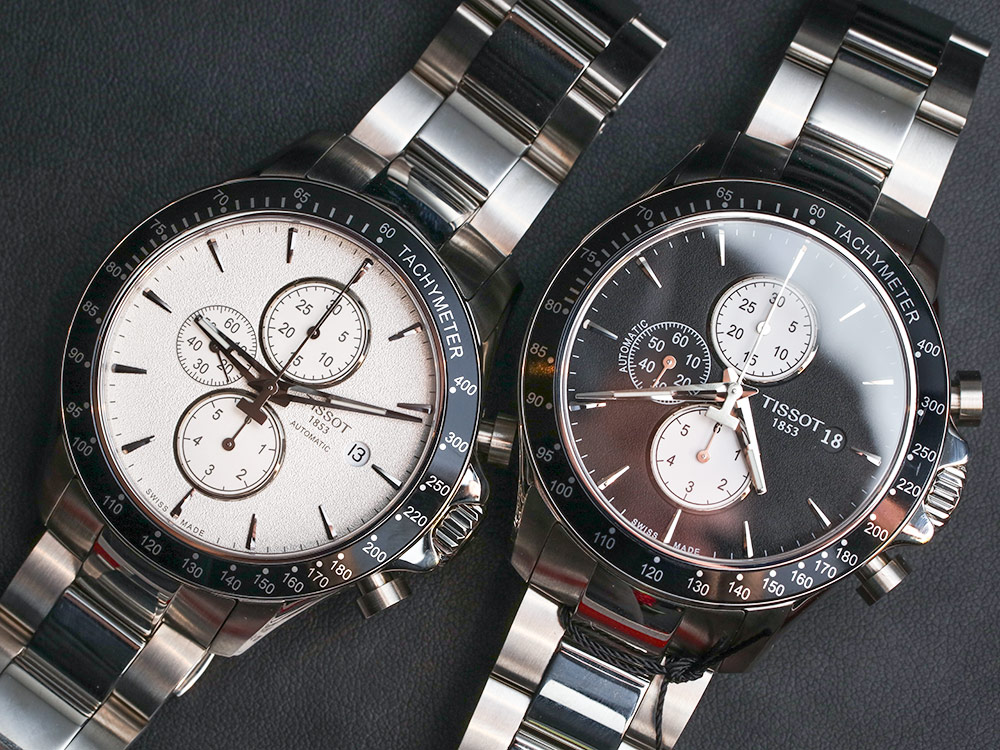 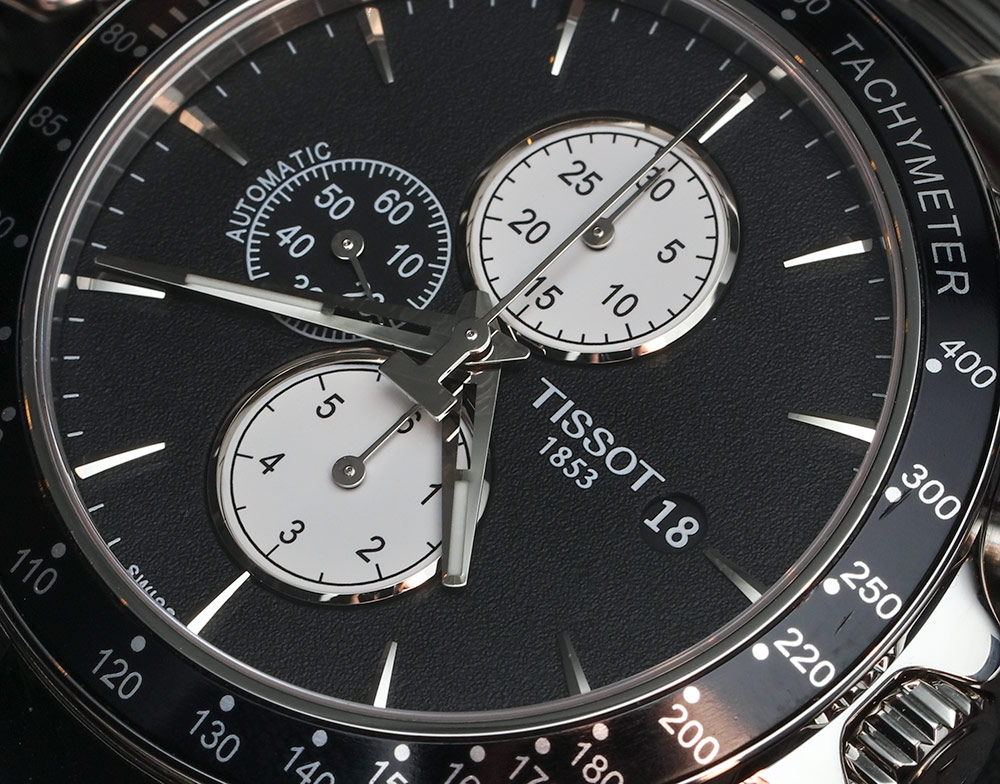 Unlike the majority of Tissot’s automatic chronograph options, which utilize a 3-6-9 register layout, the V8 is framed with the 6-9-12 layout, similar to the famed Lemania 5100 caliber. But the layout isn’t the only thing that the V8’s C01.211 movement has in common with Lemania. In fact, the movement itself was designed along many of the same parameters – utility, cost-effectiveness, and reliability. These were all characteristics that made the 5100 the movement of choice for applications spanning military, space, and motorsport, which has deservedly earned it somewhat of a status in watchmaking lore. 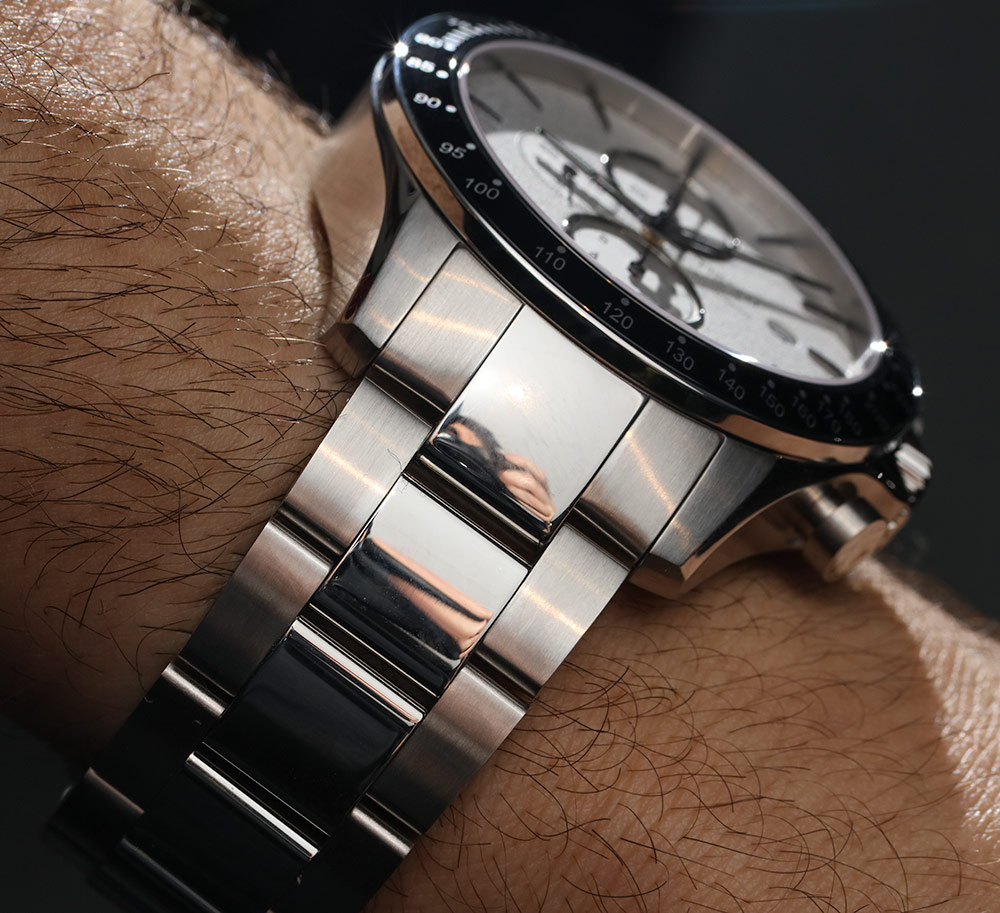 That being said, let’s remember that the Lemania 5100 was far from a nice-looking movement – reliable, yes, but finished like a late-seventies Defender (which is to say, hardly at all). Introduced in the late aughts, the C01.211 follows this spartan, function-over-form approach, but with a few more modern embellishments. Like the Lemania, which pioneered the use of plastic parts in the name of economy, the 15-jeweled C01.211 does the same, while also borrowing some of the advances in movement production (ie: more automated processes in assembly) that gave us the Sistem51. 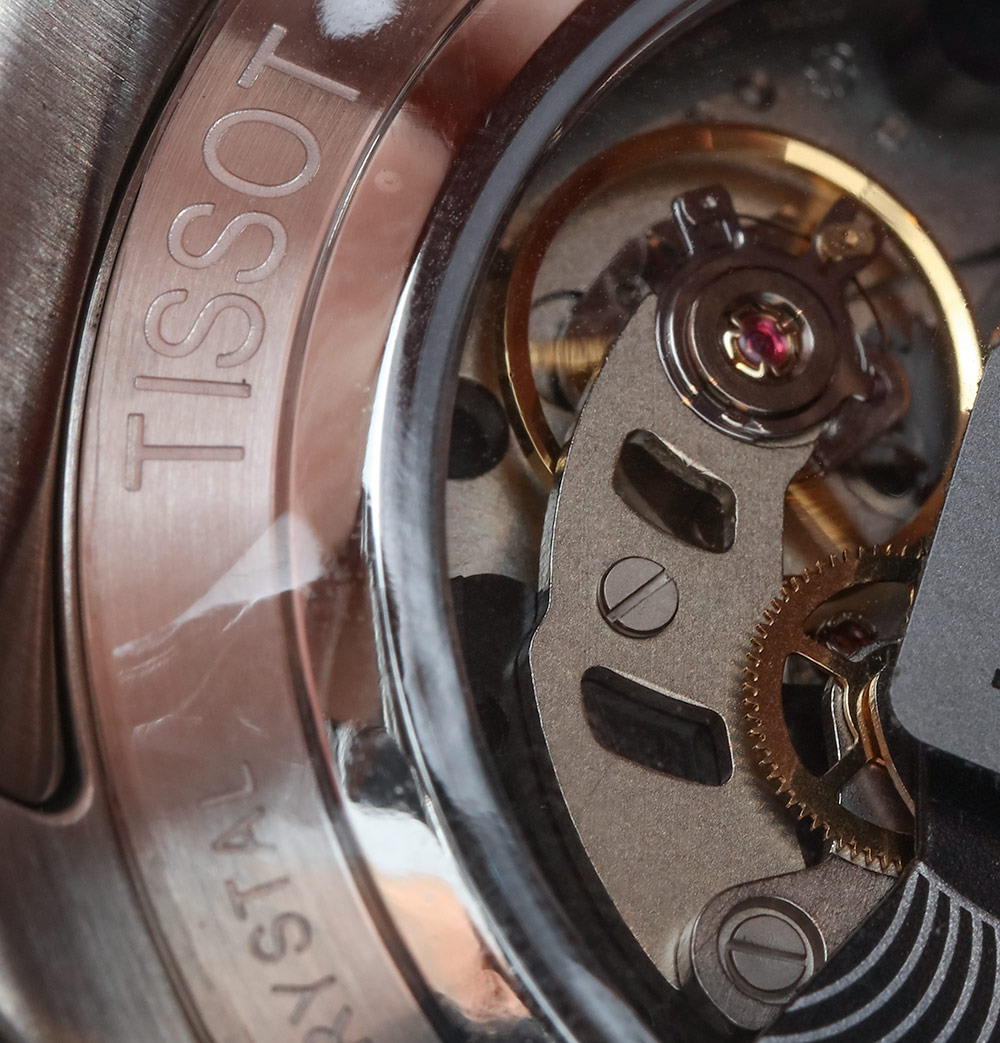 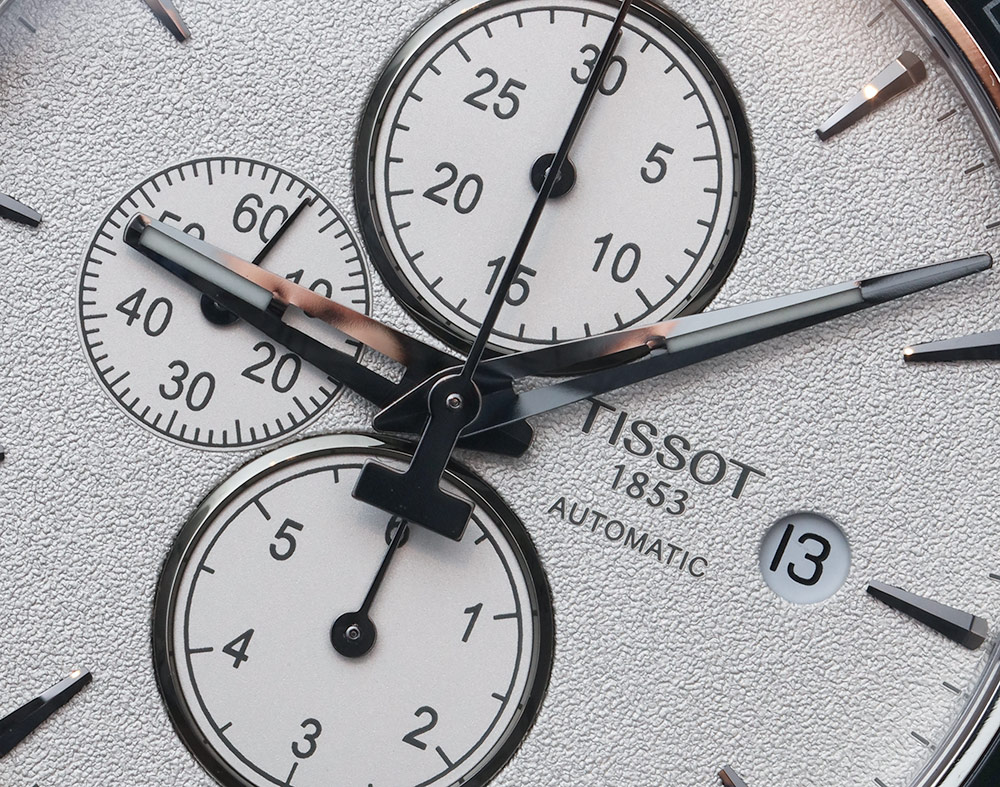 Enough about the C01.211, though. While the movement and the price point combine to create a compelling offering, what’s of perhaps equal (or greater) importance is what’s on the outside, and thankfully, the V8 is a nice-looking sports chronograph that manages to toe the line between ‘modern’ and ‘classic’ (gotta love those T-shaped pump pushers) without resorting to riffing on icons like the Daytona or Speedmaster. 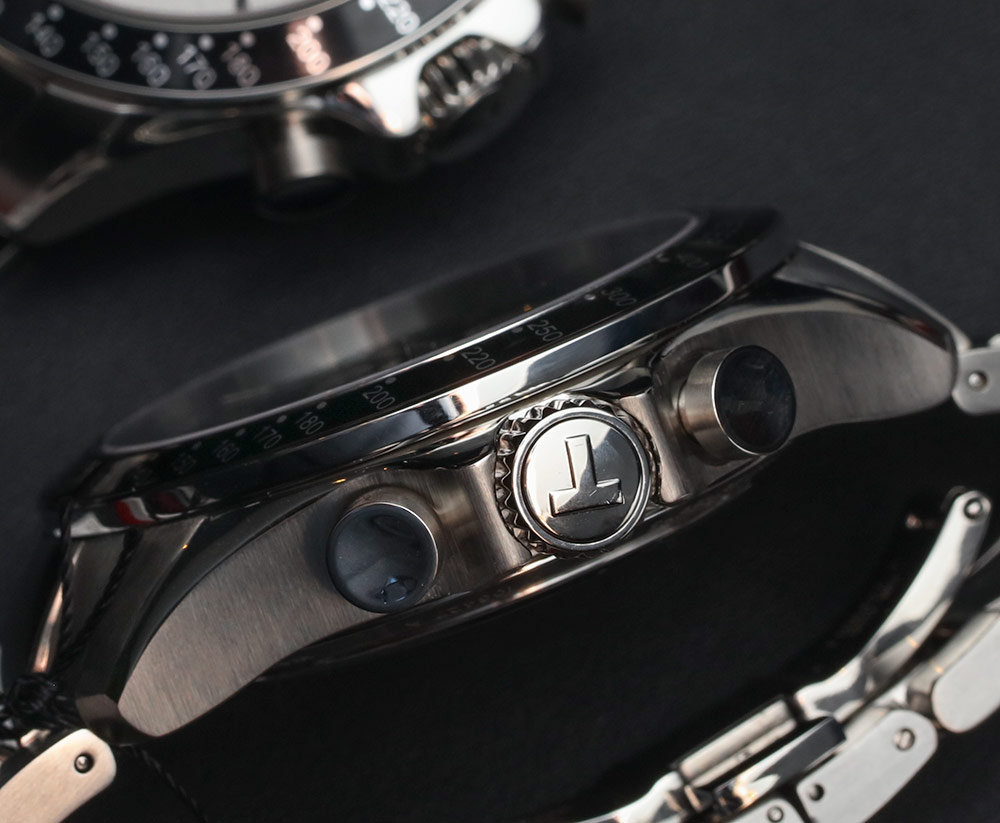 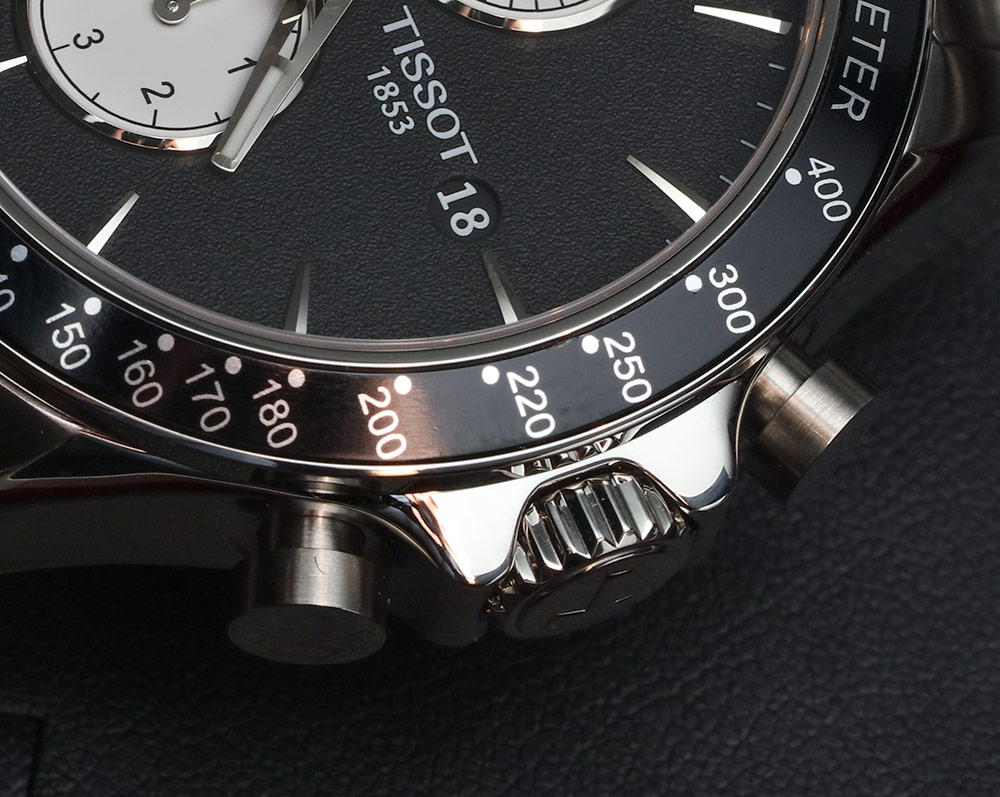 The dial itself exhibits some nice texture and depth – like the faceted hands which match the hourly indices, or the subtly grained dial surface, which contrasts a set of polished circular surrounds on the 12 and 6:00 registers. There’s also a noble attempt at producing symmetry (virtually impossible for a 3-register chronograph) between the running seconds sub-dial at 9:00 and the wordmark and date at 3:00. Both combine to create a slight degree of negative space that, at a glance, almost looks like a bi-compax chronograph, which is a cool effect. 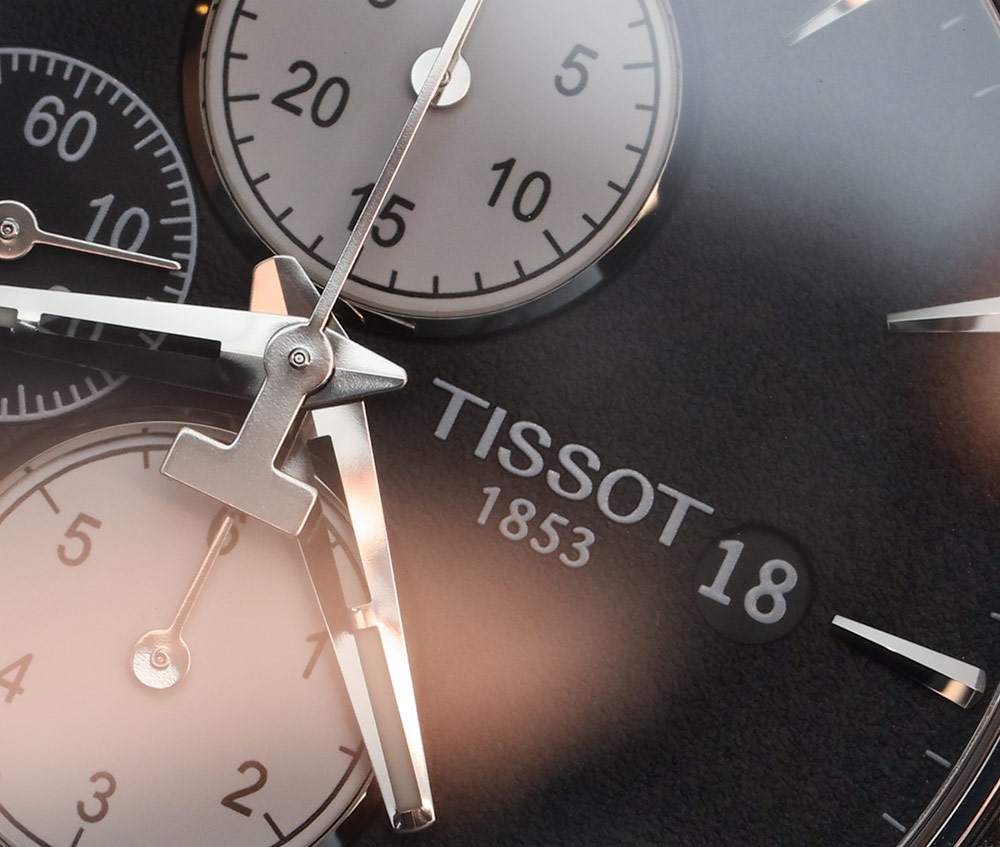 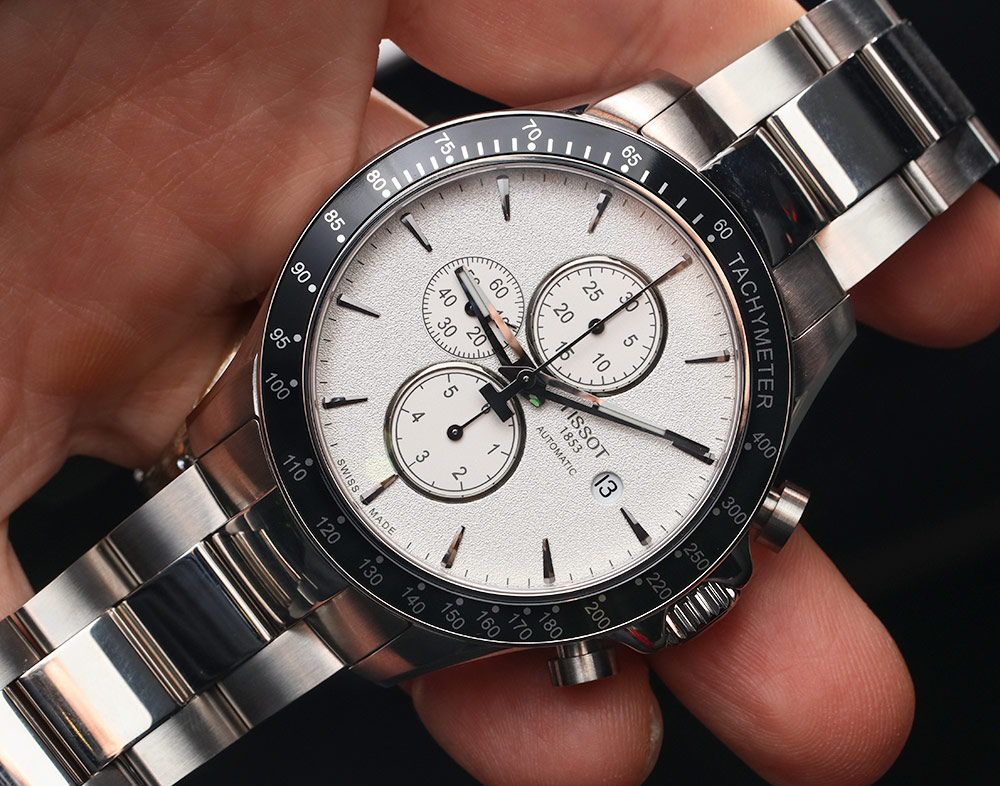 Despite carrying a 45mm diameter, the V8 Chronograph still feels relatively well-proportioned – thanks in part to its relatively short 45mm lug-to-lug distance. It’s also thick, but not overly so – the latter of which is a well-documented characteristic (or symptom, depending on who you ask) of the Valjoux-built chronograph movements. Seeing as it’s been less than ten years since the C01.211 first started appearing in Tissot watches, it’s a little too early to speak for its long-term lifespan, but simple, affordable options like the V8 Automatic series should go a long way towards solidifying the movement’s place in manufacture history. 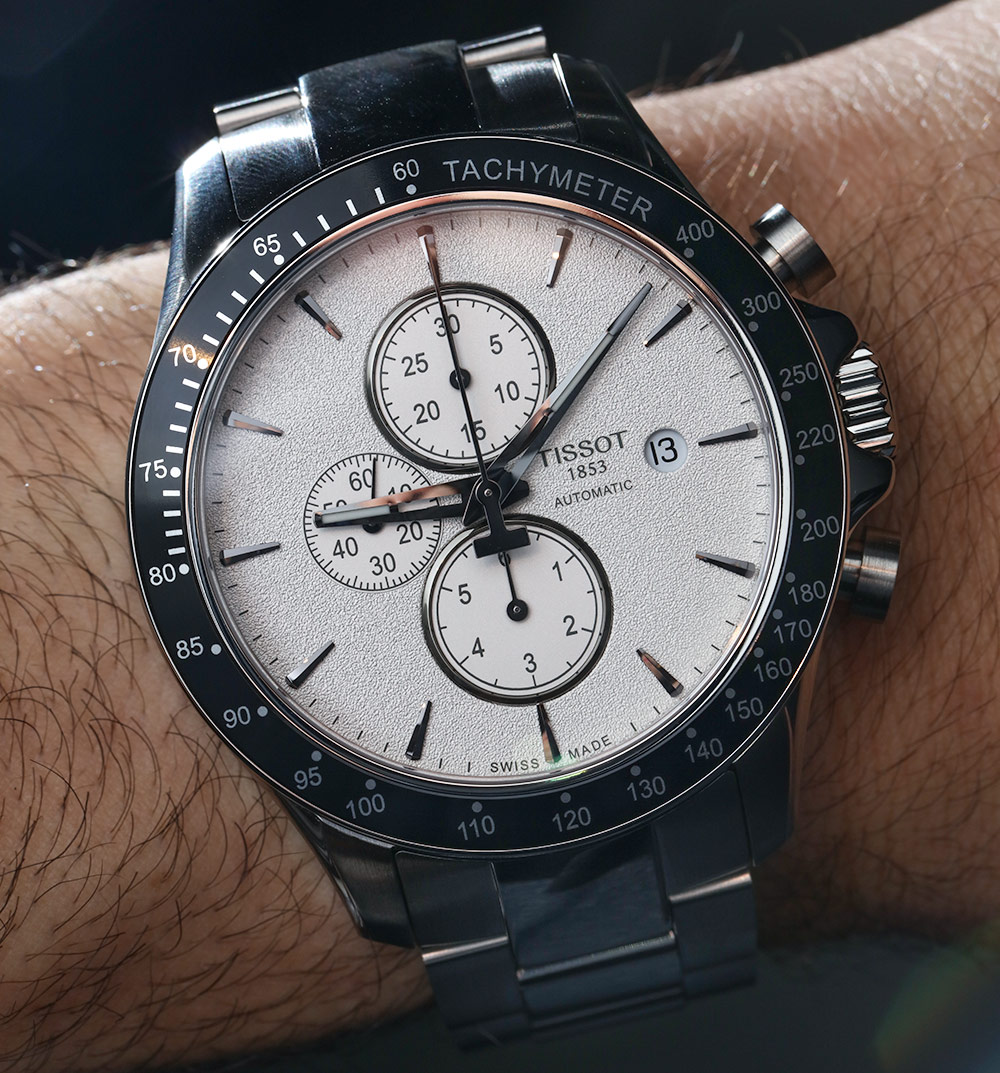 The Tissot V8 Automatic Chronograph is available in three dial variations – black, white, and blue, and either on a leather strap or a bracelet. Variants with the leather strap start at $895. tissotwatches.com | us.tissotshop.com