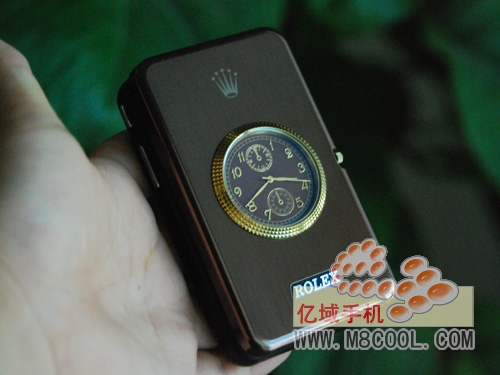 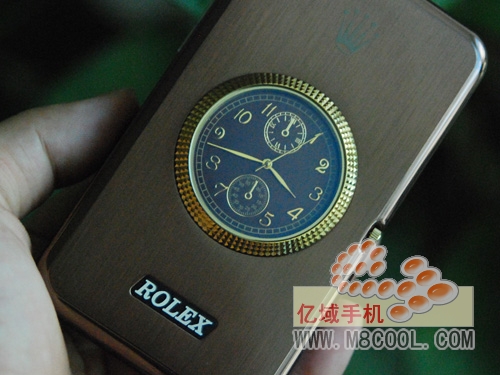 Guess what, China could care less about intellectual property rights. So copyright, trademark, and patent in infringement is just a whim away most of the time. The watch industry has had to deal with this for many years when it comes to replica or fake watches, but there are also other types of trademark infringement situations such as this. Certain Chinese mobile phone makers like to attach high-end names to phone such as this “Rolex” mobile phone. Taking out the legal issues, this is a cute if not slightly pathetic looking homage to what Rolex might be as a phone maker. Who knows, after companies such as Tag Heuer and Ulysse Nardin have made luxury mobile phones, maybe Rolex will someday? How knows.

Pictured are two “unauthorized” Rolex labeled mobile phones. The one with more pictures is known as the “Rolex A699.” Each is complete with watch images on the screens. Prices for the phone are about $100 is US dollars – though they would quickly be seized if sold outside of China. Rolex could theoretically pressure China to do something about products such as this, but they would probably not get too far. For one they would have to stand in line behind thousands of other companies that have their intellectual property rights utterly disregarded by entities in China. Second, the Chinese government has more or less proven that it will not really enforce international IP laws that they have probably agreed to via treaty (been a while since I was in international intellectual property class).

While Chinese mobile phones aren’t as nifty of sophisticated as Japanese phones, there is certainly a much more healthy variety of phone in China than in the US. Plus, China of course makes most of the phone and probably sometimes gets internal parts from Taiwan. Most of the phones are pretty crappy to be honest and are made of plastic that reminds you of children’s toys they sell at 99 cents stores. Though that is not the case with all phone and some do employ interesting features. Most of which would never make it to the US. 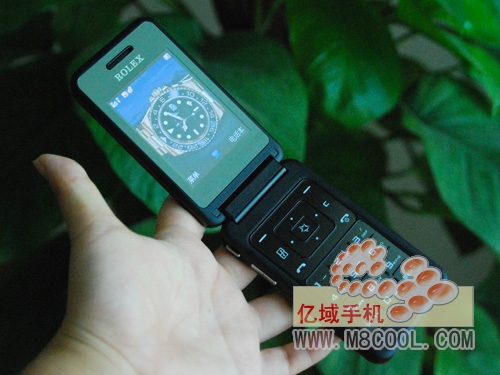 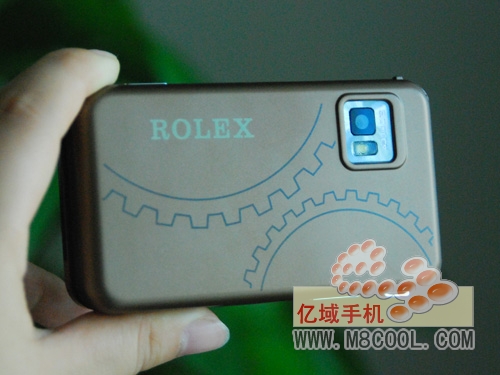 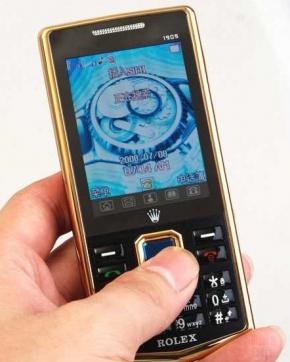 There is actually a lesson to be learned from all this aside from the fact that you can get amusing luxury watch labeled mobile phones in China. The mobile phones you buy are cheap. These phone are like $100 each and are manufactured for less. Look at the “unlocked” price of phones out there. Most are $500 – $800. We are then led to believe that the “subsidized” price we get with new mobile phone plans are a good deal. Yes, it is true that mobile phone service providers make their money off the service and not the phones, but still…these are not the expensive items we are led to believe they are, but rather devices made to be expendable and disposable with a life of maybe a year or two. Why else would they be made with plastic bodies for the most part?

I think the quartz watch with “Rolex” placed underneath it on the outer surface of the phone is pretty funny. There are two subdials that I don’t actually think do anything – just there for show. I hate stuff like that. Then there is the font used to spell Rolex. How funny is that? I like that the three places where “Rolex” is written on the phone are done in a different font, and in a different style. Really classy! The look is completed with photos on the screen to remind you of what you are really desiring, a nice watch.