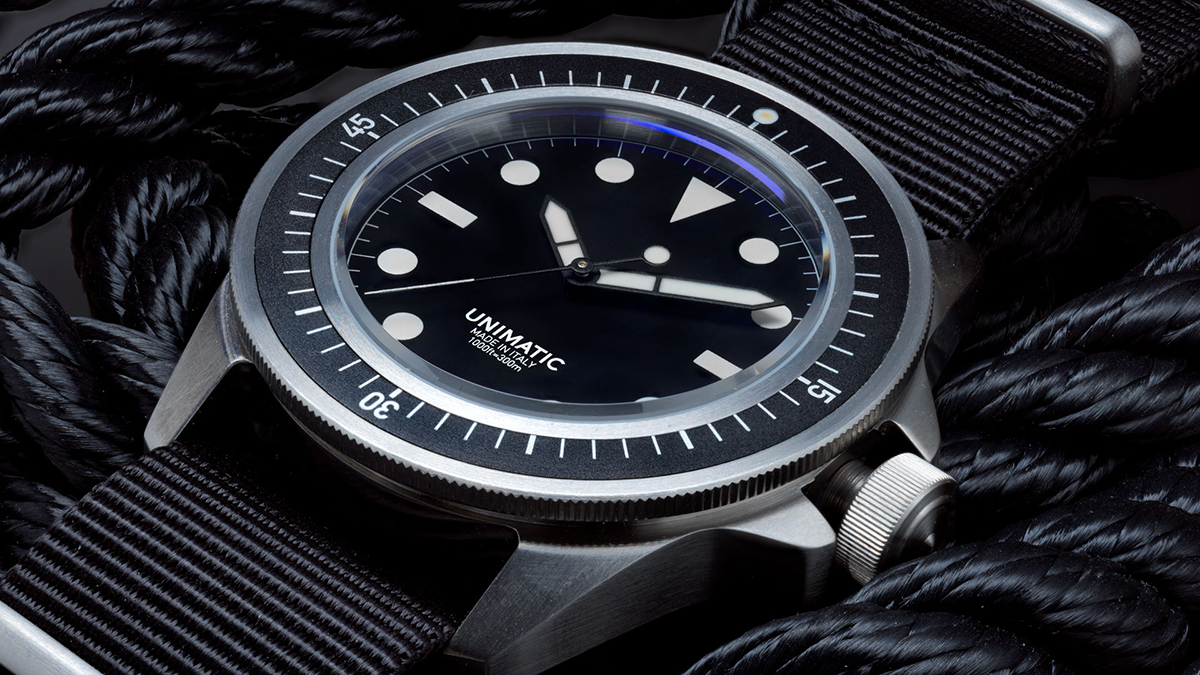 Over the past several years, independent Italian manufacturer Unimatic has won itself a loyal following thanks to its dedication to clean, functional design with a unique flair. As the brand prepares for 2020, it has announced six new updated models in the core Modello Uno and Modello Tre series of divers and chronographs, all featuring evolutions of the marque’s signature style, along with a few impressive mechanical upgrades. 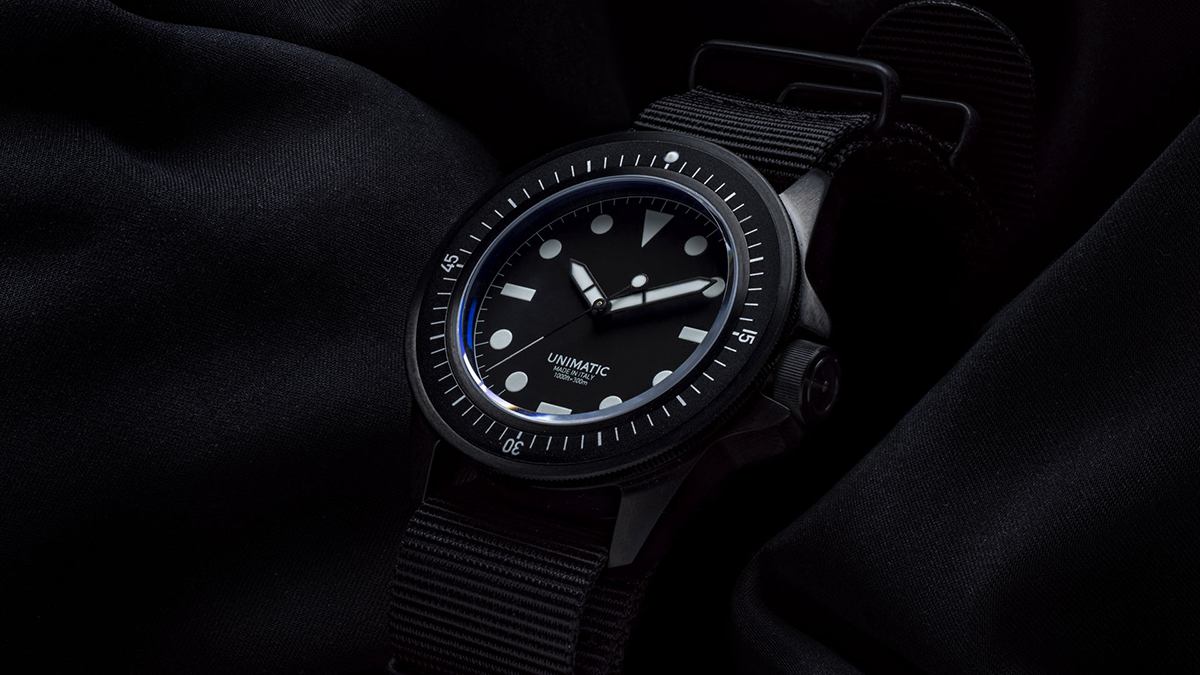 The four new models in the Modello Uno series, the U1-F, U1-FN, U1-FM, and U1-FMN, are all instantly recognizable as Unimatics, sharing the same elemental, utilitarian 40mm stainless steel case depth-rated to 300 meters as previous Modello Unos, with a tactical black DLC finish for the U1-FN and U1-FMN. In addition, the same Seiko NH35 automatic movement as prior versions provides reliable power. Where the new quartet of offerings begin to distinguish themselves, however, is in the details. 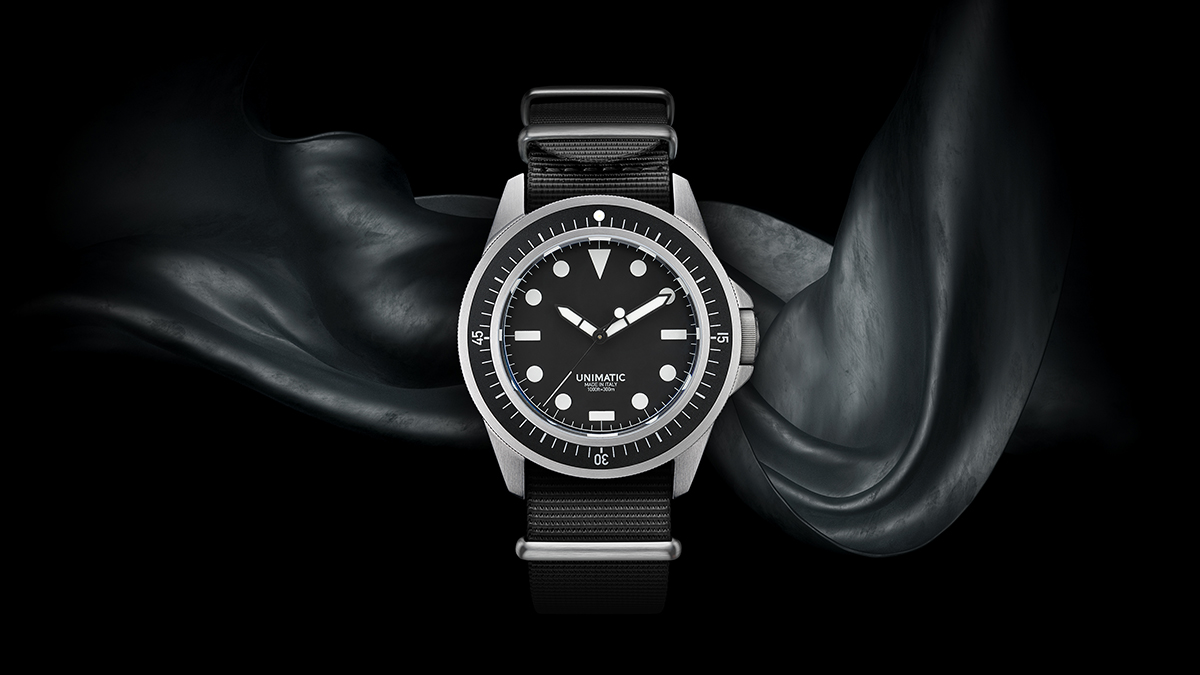 Each of the four follows the familial Modello Uno no-date dial layout, with Submariner-esque printed indices (minus the horizontal index at 6 o’clock) and lume-filled ladder hands but alters the proportions substantially. The indices themselves have been shrunken a bit, while the dial’s minutes track has been shortened, pulling those smaller indices wider apart and making the matte black dials feel much larger than before. 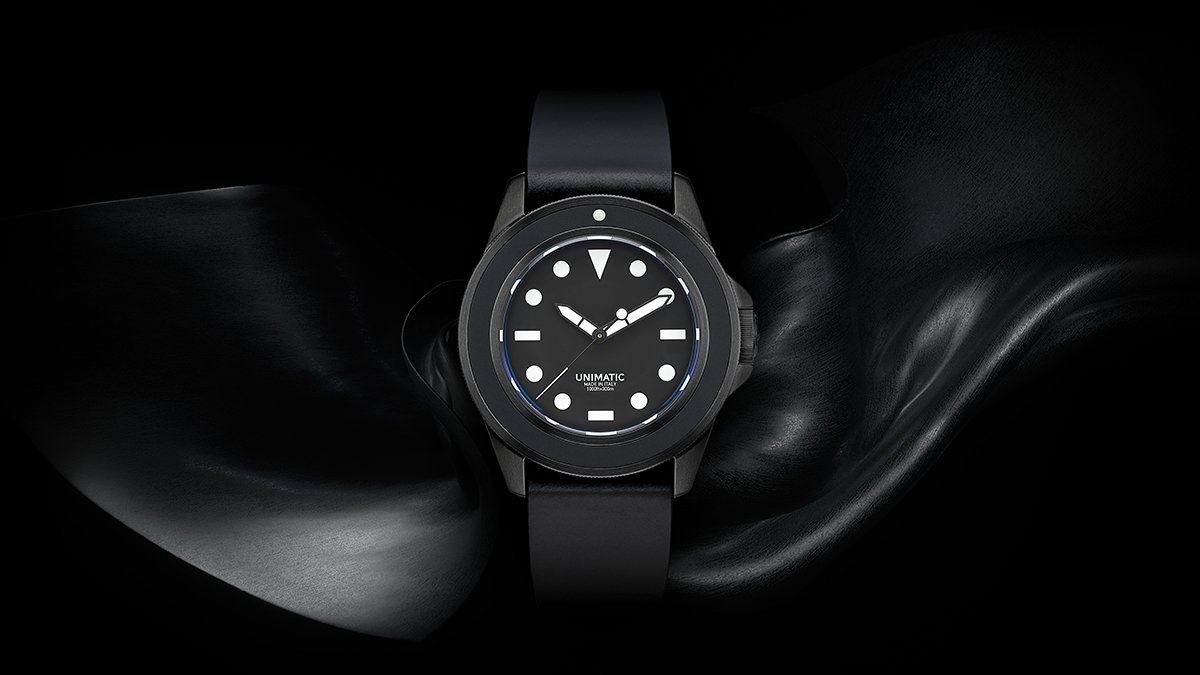 For the U1-FM and U1-FMN, the brand takes this a step further by eliminating the minute tracks entirely for a minimalist, pared-back look. This reproportioning is a clever way to give the watch a bit more visual presence on the wrist without actually upping the size, but it also runs the risk of diluting some of Unimatic’s DNA. Without those big, closely spaced markers, these new models feel more like a run-of-the-mill sterile dial diver than before. 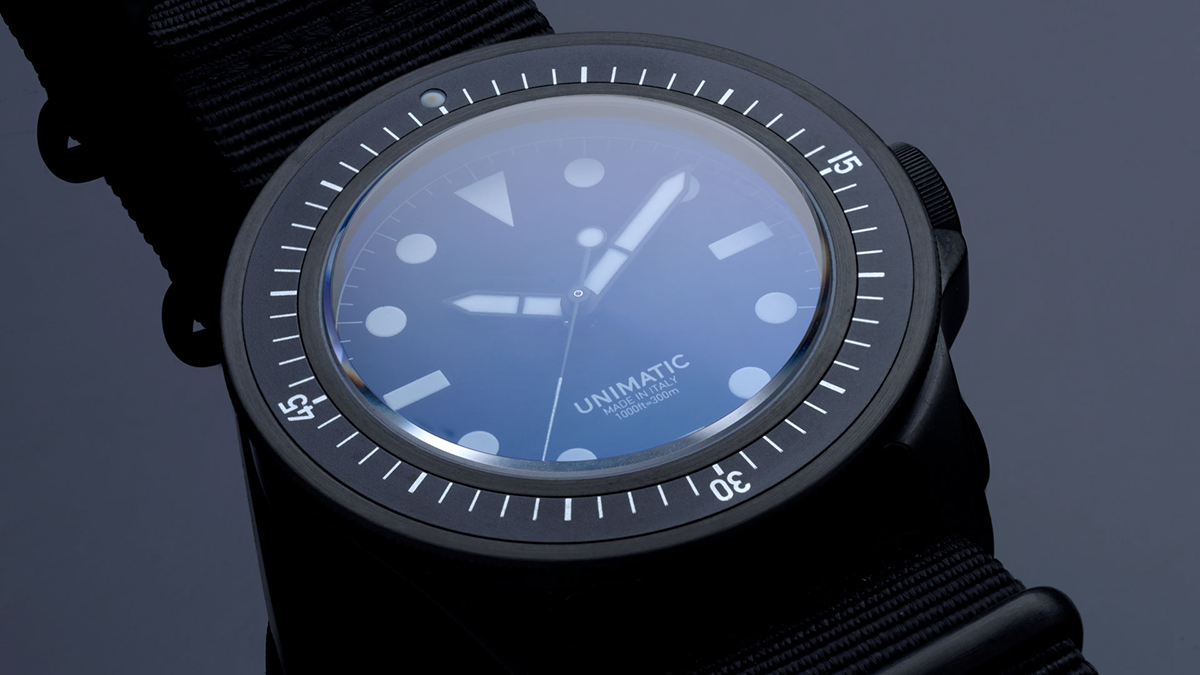 While the minimal no-marker bezels of the U1-FM and U1-FMN are carryovers from previous iterations, the bezel inserts of the U-1F and U-1FN have some slight tweaks to match the new dials. While the overall layout with minute hashes and numerals at 15, 30 and 45 minutes has been carried over from the last-gen U1-E, the numerals themselves are slimmer and more upright to reflect the dial’s smaller indices. It doesn’t sound like much on paper, but it does inject a touch more modernity into the design. 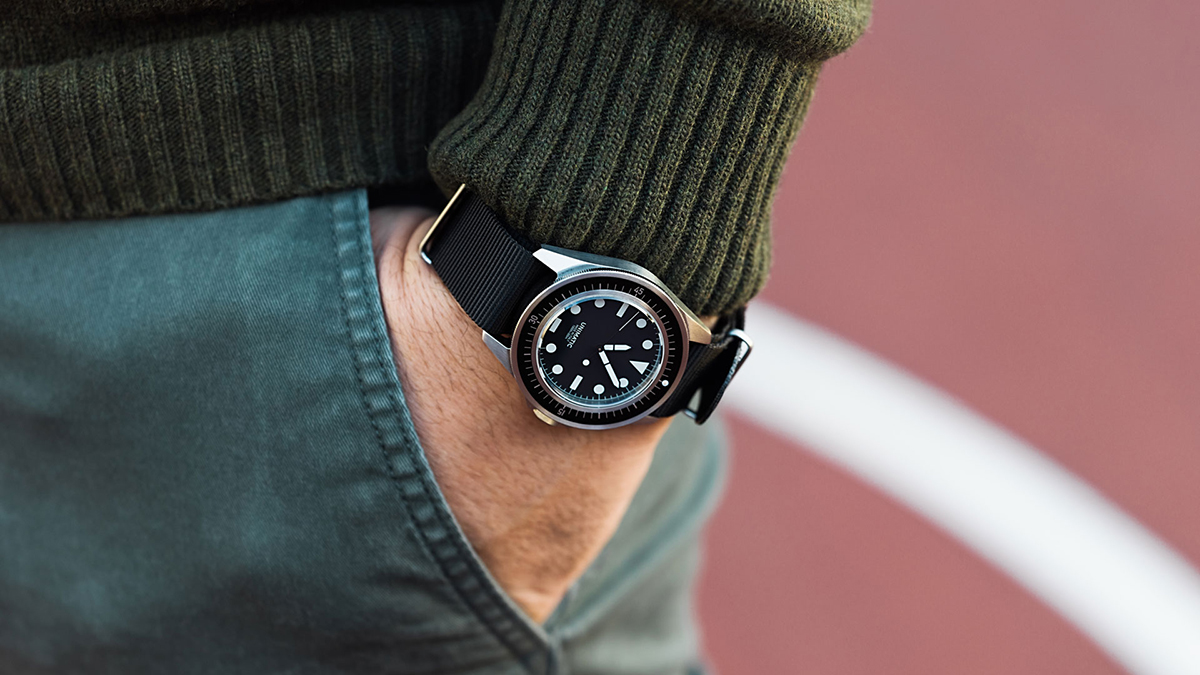 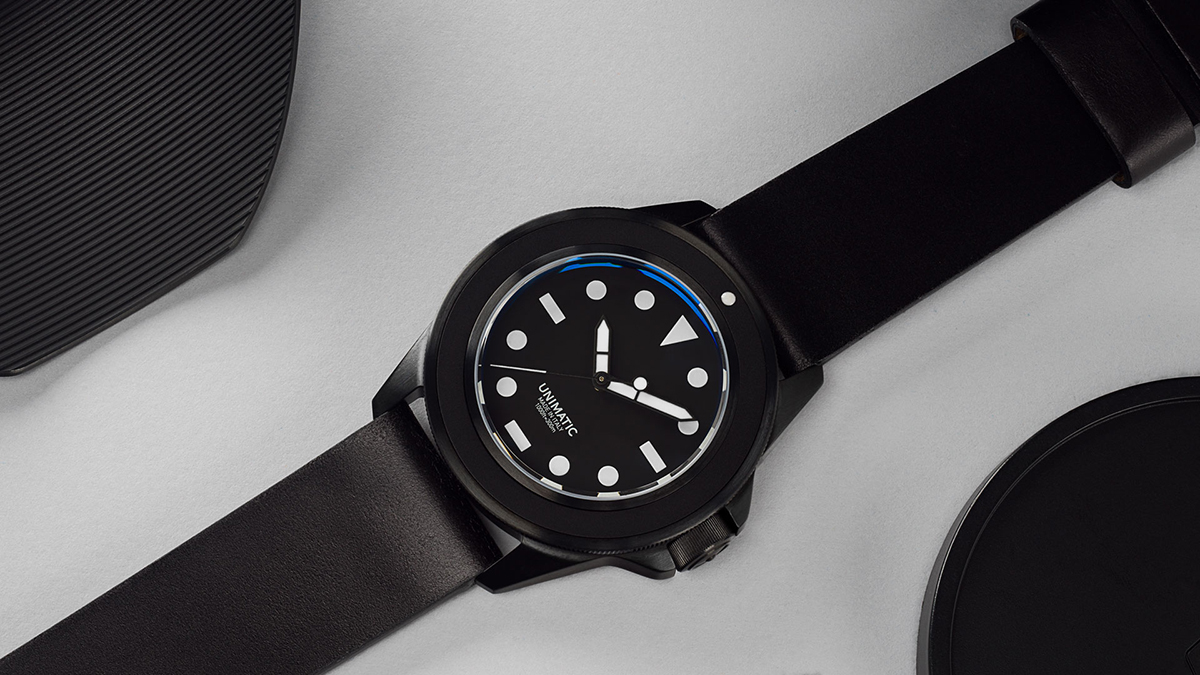 Both the U1-F and U1-FN are offered on a 22mm black signed NATO strap with matching hardware, while the minimalist U1-FM and U1-FMN opt for stitchless black Horween leather. 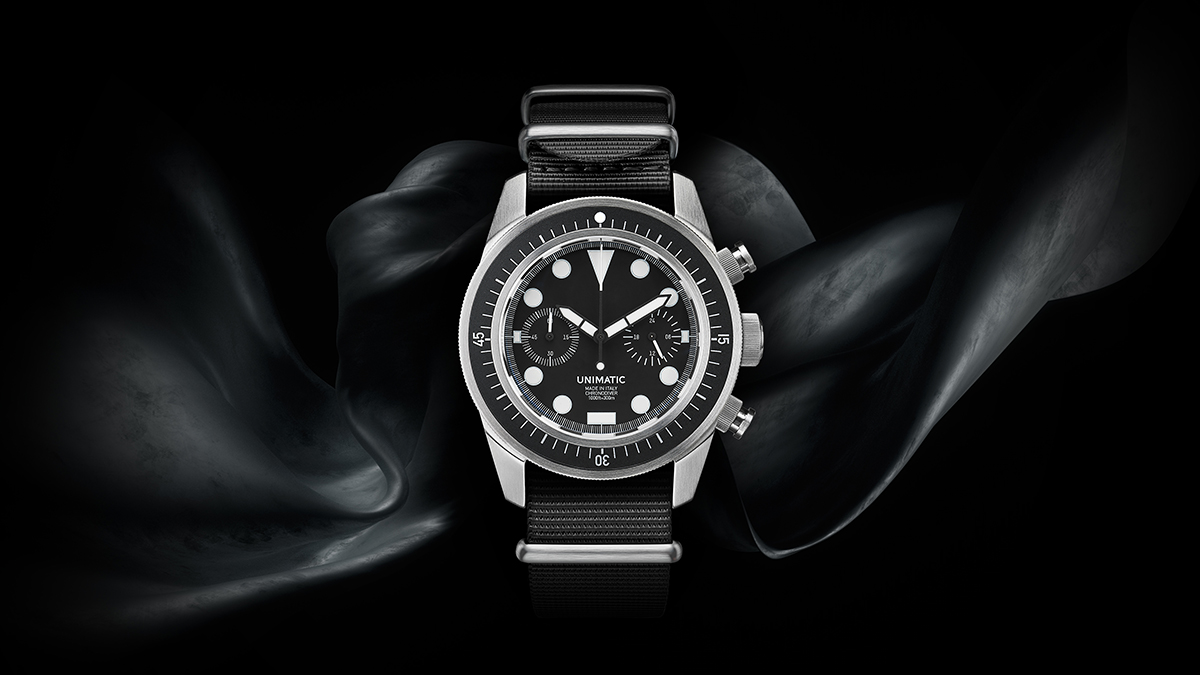 Like the new models in the Modello Uno line, the two new additions to the Modello Tre chrono diver series are more evolution than revolution. The 40mm stainless steel cases of the U3-F and DLC coated U3-FN are identical to the previous models released early in 2019, right down to the 300 meter depth rating, as are the Seiko VK64 meca-quartz movements and black NATO straps. At first glance, the changes to the dials of the Modello Tre pairing are even less apparent than the other new models, staying with the maxi-dial-styled oversized indices. 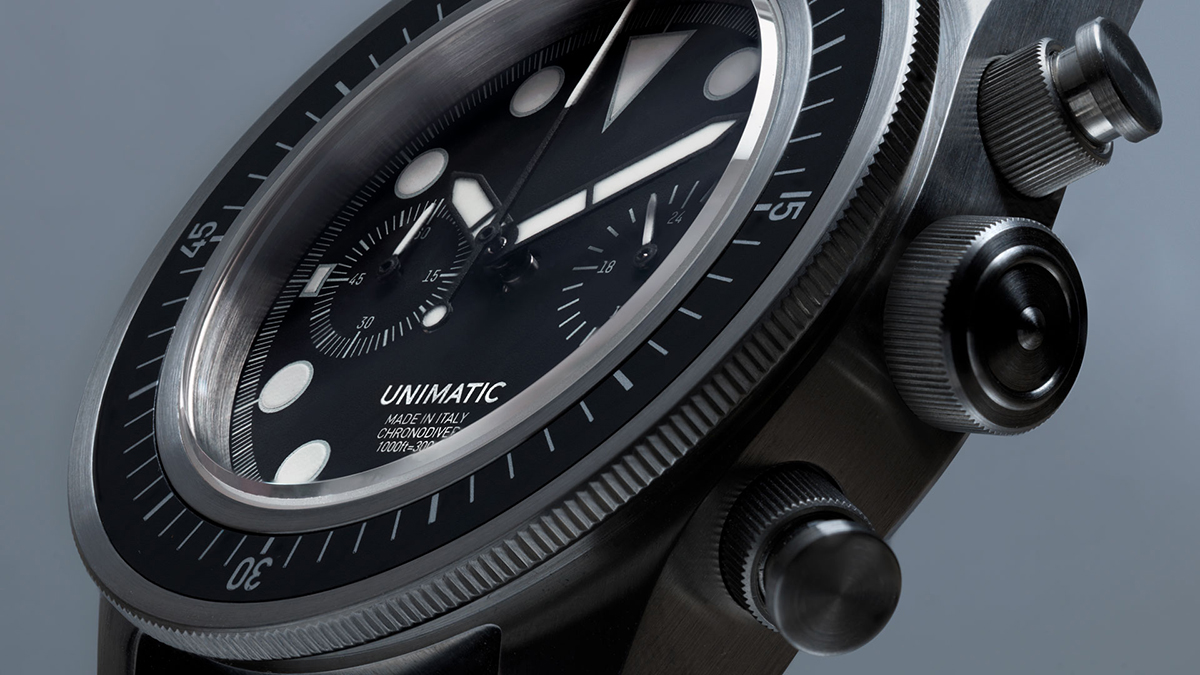 What has changed, however, is the color of the dial printing. The yellow accents of the minutes track, subdials, logo, dial text and central seconds tip are all gone, replaced with stark white. Likewise, the slightly warm tone of the original Modello Tre’s Super-LumiNova is also bleached to pure white. Rather than the no-marker minimal bezel of the originals, both of these new additions share the new bezel insert with the U1-F and U1-FN, bringing back some much needed functionality. 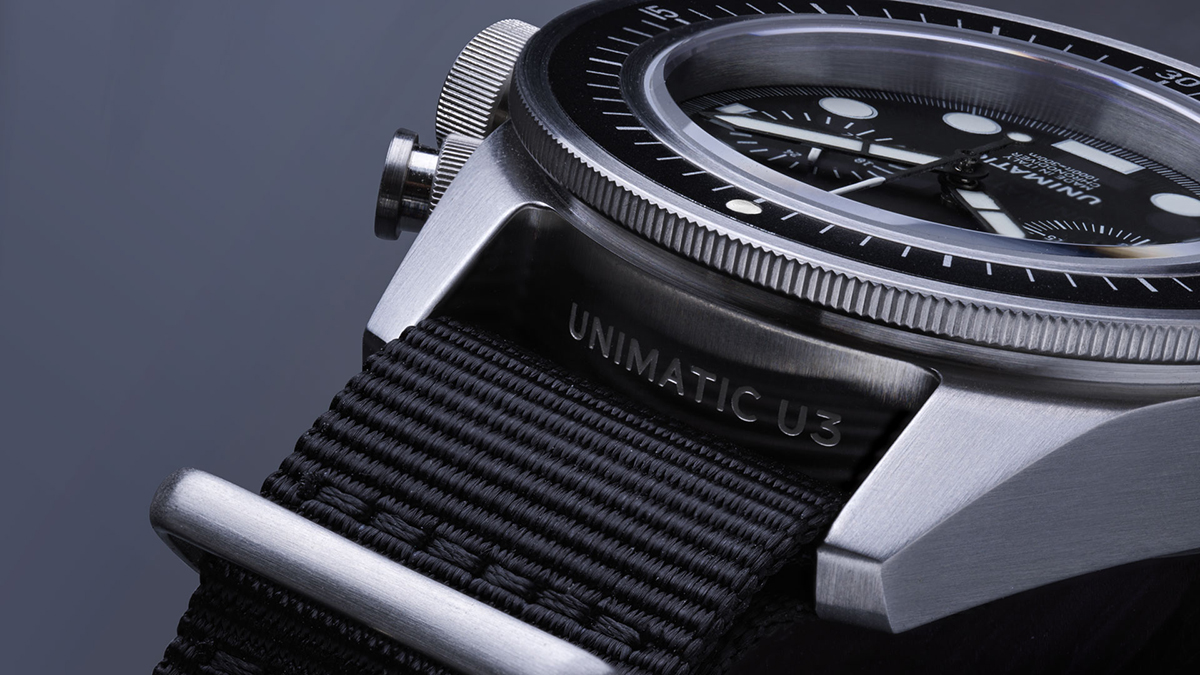 While the mild changes of the new Modello Uno models serve to remove some of Unimatic’s design distinctiveness, if anything, the even smaller changes of the Modello Tre are quite the opposite. With the new severe, white-on-black color scheme and usable dive bezel, the U3-F and U3-FN feel more purposeful, sharper, and more refined than their predecessors. 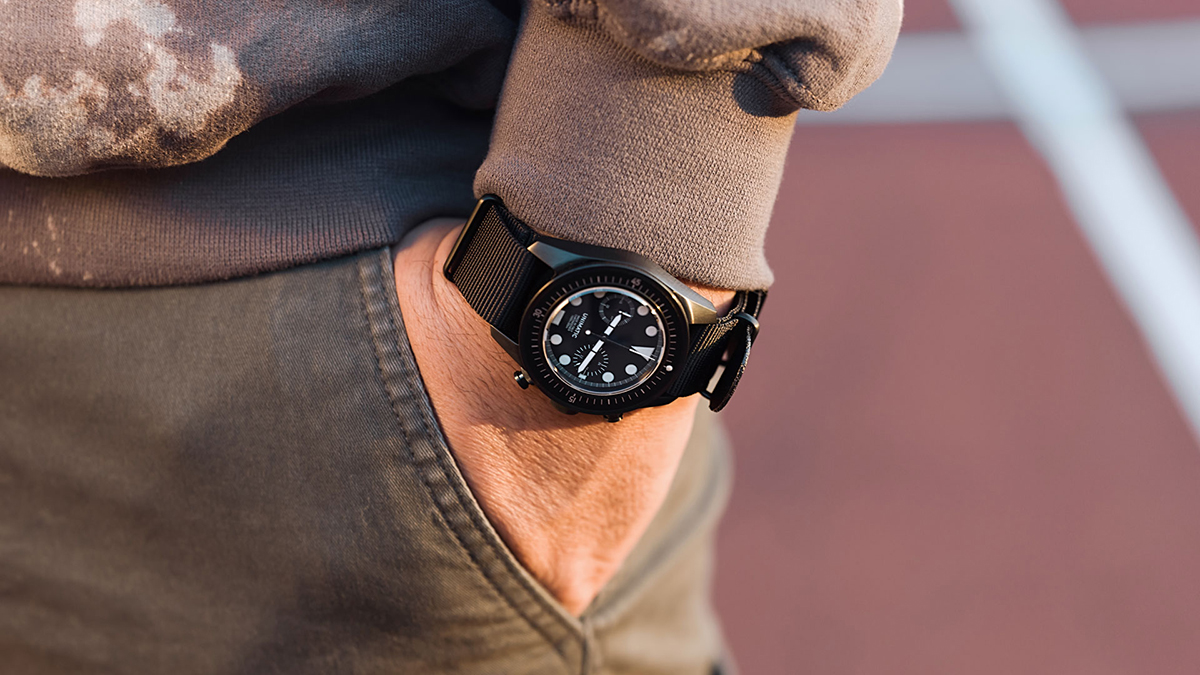