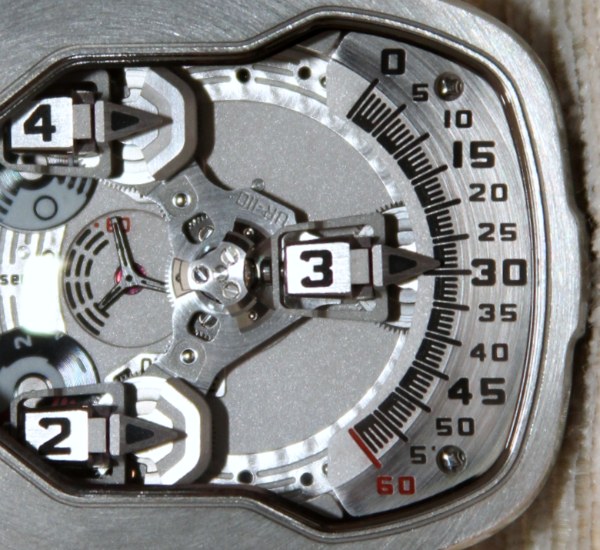 When Martin and Felix of Urwerk wanted to create something new – they had to sit down for a while and think about what they had done before, and what they could follow up with that was unique in the watch world. Doing that is really tough. Even the satellite time telling system that Urwerk is known for isn’t unique to them, originating a long time ago elsewhere. Urwerk just sort of adopted the satellite system of telling the time and made it their own. The Torpedo – as the UR-110 is also called – does two things differently. It modifies the satellite system a bit offering a fun new visual spectacle, and put it in a case that is novel, as well as weird.

On the wrist the UR-110 takes some getting used to. It doesn’t look like any watch case I’ve ever put on before. I jokingly described the design as a”mutated ninja star” (which apparently only makes sense in my head). Think of a modified Urwerk UR-103 watch case with wings. I guess that makes sense… torpedoes fly under water right? If you have a giant wrist the Torpedo will probably sit well, though for me the wings stick out like the watch is trying to gain altitude. The “coined edge” around the side of the organic looking case is nice, and the detailing is of course on par with a high-end timepiece. 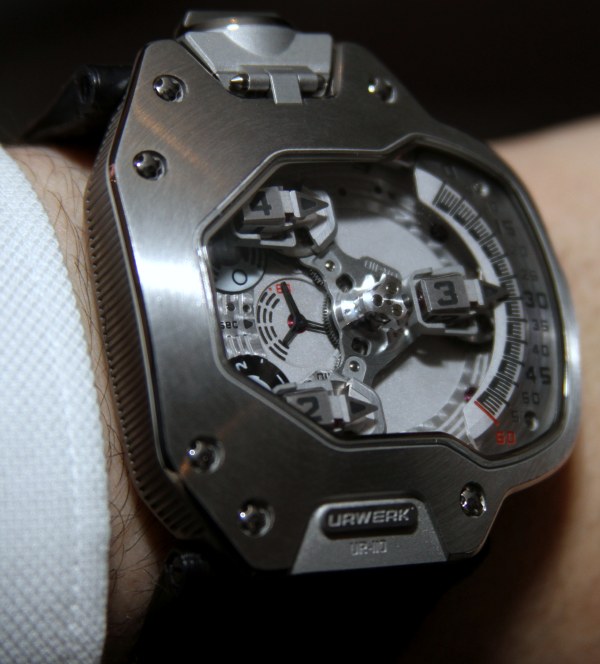 Dimensions for the case are an awkward 47mm wide by 51mm tall, and 16mm thick – but that all ranges given that the case curves around a lot. While it looks like it is sitting on your wrist as opposed to around it, the watch doesn’t feel like it is going to slide all over the place as the bottom is mostly flat. As I said a few times, the titanium case looks a bit bare and “unfinished.” Some people might like that look, but I am waiting for the black colored case that is coming out soon. I anticipate that model to frame the design of the watch much better. Naked titanium is not always easy to pull off. I also think that if the wings were angled down to sort of wrap around a wrist, it would make the design of the watch much more manageable. 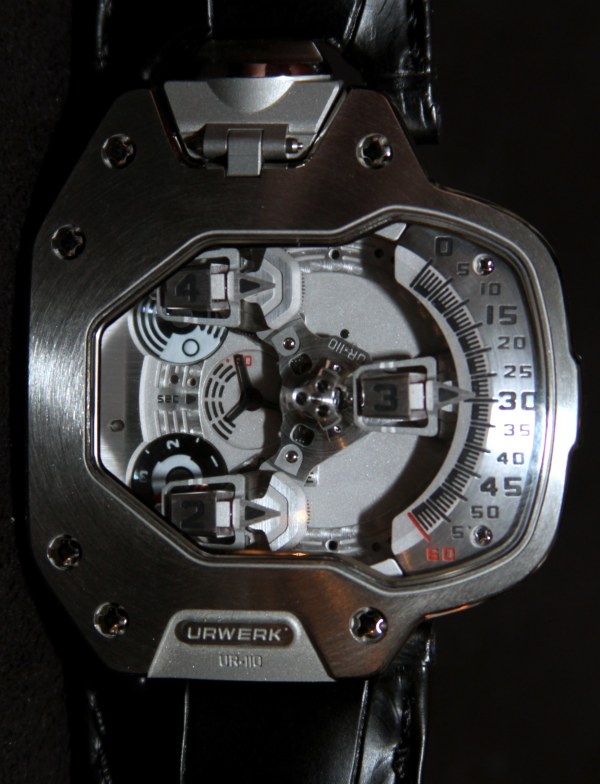 Urwerk calls the movement their UR 9.01, and it is easily the high point of the watch. The movement is an automatic, and has those cool little “turbines” visible through the rear of the watch that spin when the rotor is spinning. Urwerk also points out that the turbines helps prevent shock damage to the rotor. Back on the dial you have the three satellites that have four hours on each of them. When moving around, they always point “forward” while moving. That is pretty cool, and when they move close to the minute scale, the correct hour on the cube spins around. Telling the time is easy, and the idea behind the placement of the minute scale is so that it is the first part of the watch you see when your arm peeks out from under a sleeve.

The dial also has a subsidiary seconds dial, a “oil change” indicator, and a day/night indicator. The oil change indicator is a sort of service guide that advises you when to send your watch back to Urwerk for a (pricey) service. It is an homage to such indicators on cars. Future variations on the UR-110 are likely to have alternative complications. I feel as though the dial is a bit incomplete. While it is clean, the sandblasted surface under the satellite system for the hours feels a bit bare. Like I keep saying, the Torpedo is pretty nice all around, but it looks like Urwerk could put just a bit more time into polishing the design – which they likely will. 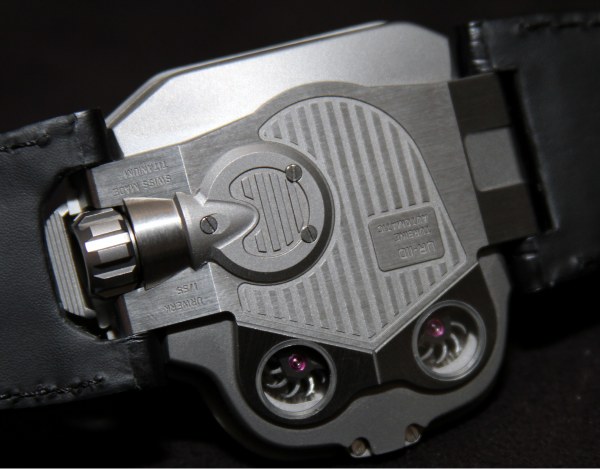 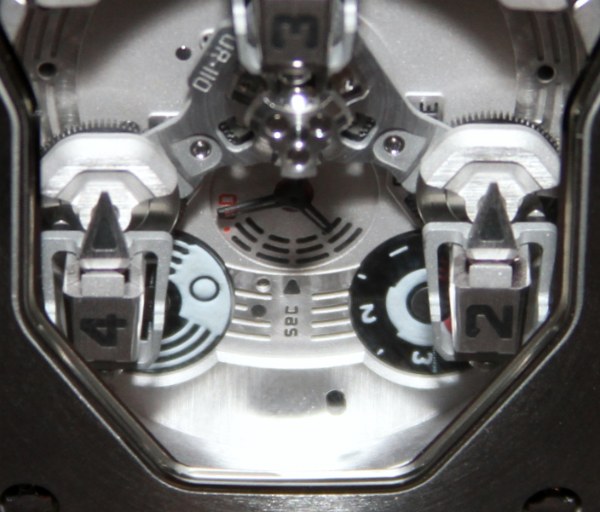 Detailing on the dial is however really nice. Urwerk always impresses me with how crisp their parts look – and the Torpedo dial and mechanics is no exception. Operating the movement is cool as well. The crown has a sort of lid over it that you just gently pull up a bit to allow it to adjust the time. The crown is placed at the top of the watch. You can see it better from the bottom of the 110. In fact – and this the case with a few Urwerk watches – I might like the caseback of the watch more than the dial! That element of the watch is pretty handsome.

On the plus side the UR-110 Torpedo is unique, well-made, and easy to read. At the same time, it could use a bit more design refinement and can take some time to get used to on the wrist. Urwerk fans will likely welcome its addition to the collection, and it does feel different enough, while keep in line with the look and feel that Urwerk is going for.