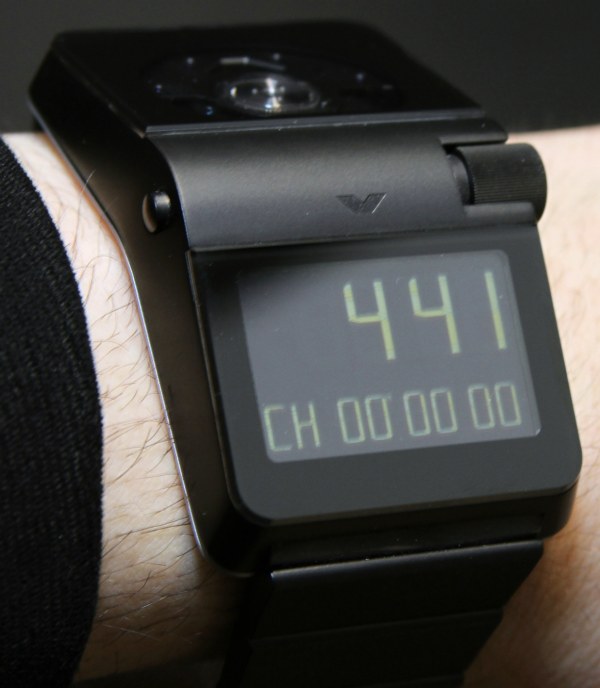 Pierre Nobs started Ventura watches some years back. The brand disappeared for a while but is now back. The high-end futuristic concepts make for slick watches. The brand’s return is not a mirror of the old Ventura. Once featuring both mechanical and quartz watches, the new Ventura will focus on digital watches and those with interesting quartz movements (if I understand correctly). 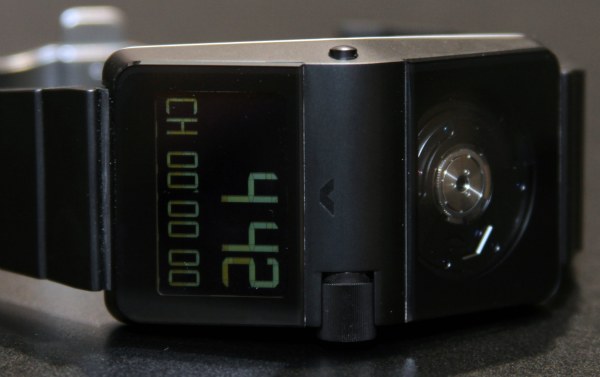 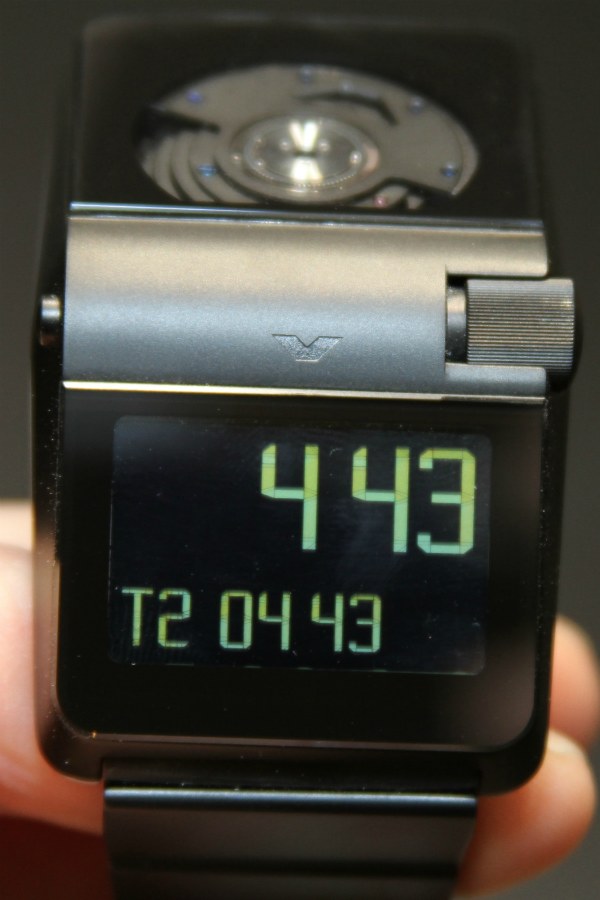 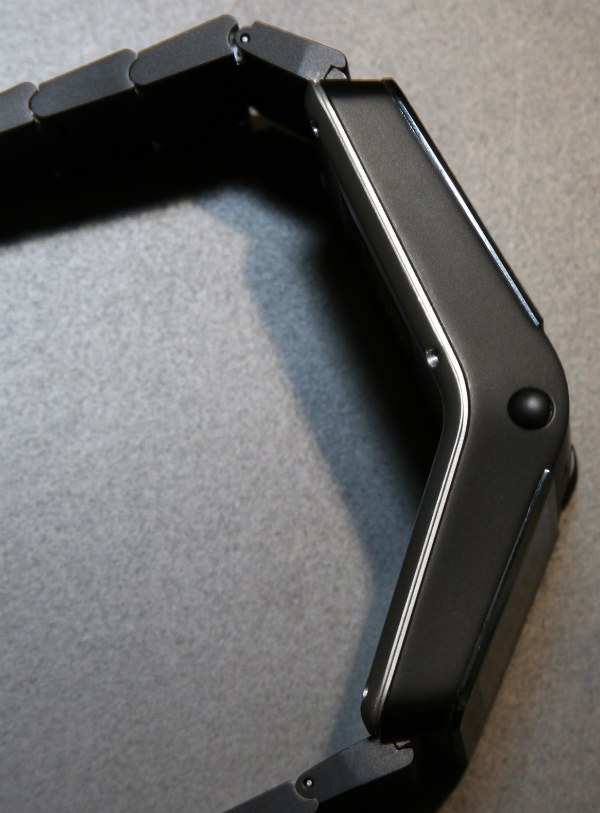 Ventura was started by Pierre Nobs – who is again running the show. I met with Pierre to check out some of their new stuff. Nobs is more engineer than businessman. He speaks straight and has a very matter-of-fact view on the watch industry with a twinge of impatience. This guy has seen a lot and seems to have the same type of relationship with the watch industry as some people do with their spouses of 20 plus years (can’t leave em, can’t kill em). Wearing glasses than only a dignified European can get away with, Nobs showed me some of his new toys. I am impressed with him, and knowing what I know about his legacy of work, I am impressed with what I see.

One of his new(ish) watches is this Ventura Sparc MGS that is an evolution on Ventura’s previous designs (Ventura V-Tec Sigma MGS, but to me it looks more like the V-Tec Alpha). It features a quartz movement with an automatic rotor that generates electricity similar to Seiko Kinetic watch movements. Though Ventura uses their own special movement that I believe has some more advanced features. MGS stands for “micro generation system” and apparently is quite nice. It has a power reserve of 45 days when fully charged and a 5 year standby time when the watch is “turned off.” 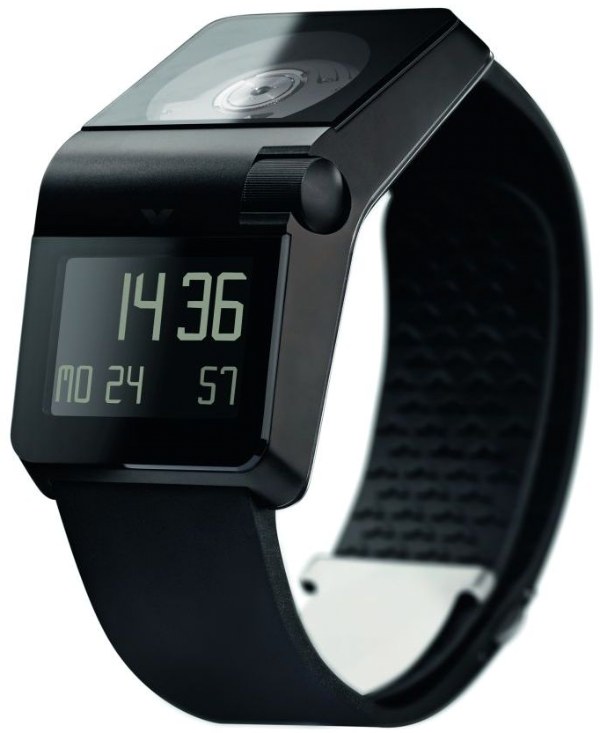 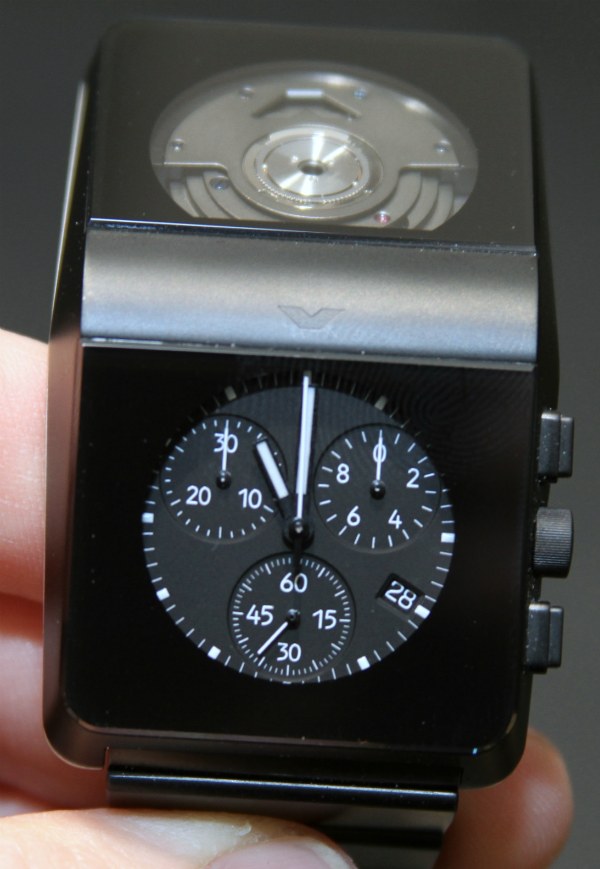 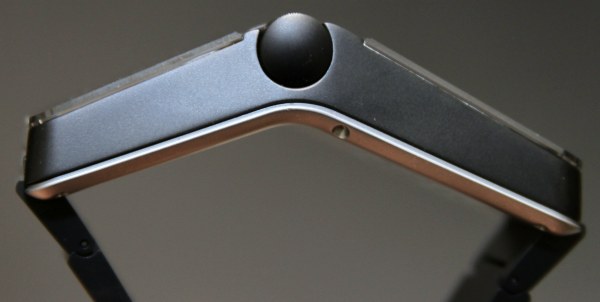 The LCD screen is one of those special negative ones with an extremely crisp display and rounded numerals. This is about as good as monochromatic LCD screens get. Features in the watch are plentiful and operated but a scroll wheel that you can also press like a button. You get the time, alarms, chronograph, count-down timer, calendar, and all the stuff that is pretty much the standard that Casio set like a decade ago. All in a much sexier package that makes me want to jump into 2001: A Space Odyssey and hang with HAL. My favorite feature “automatic backlight control to prevent over-use.” “Sparc, please activate backlight.” “I can’t do that Ariel.” The feature that makes all of that sounds more plausible, “motion-sensor to monitor watch movements” (and your movements!). 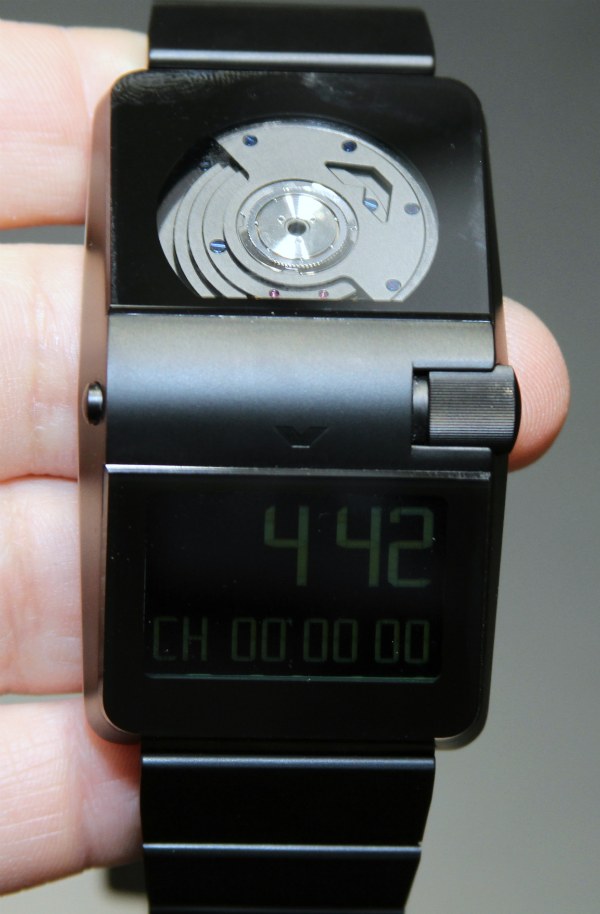 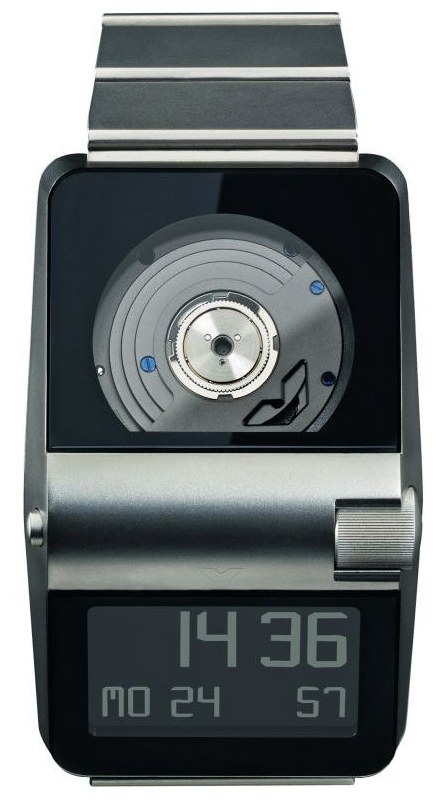 Made out of Durinox steel (some type of hardened steel), you can get a sandblasted version and PVD black version. I quite like the finishing. The open rotor is done in tungsten (but not mirror polished). On the wrist the case is… well, something to get used to. Not that it isn’t comfy, but you need to “re-learn” to get used to. It sort of wants to sit on one side or another. The idea is for the face to be more directed to you versus straight up on your wrist. You can get the watch with a neat looking single-link metal bracelet, or a minimalist rubber strap.

The Sparc MGS is unique and fun. It also looks like a decent daily wear for those who are techies with good taste. I overall am happy to see Ventura’s return and look forward to all that will come next. Price for the Ventura Sparc MGS is said to be about $4,500 when it is available soon. 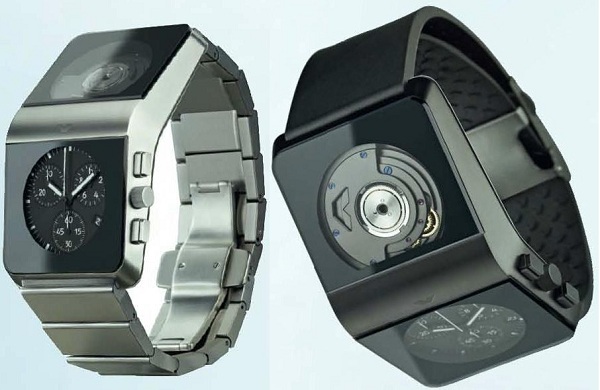 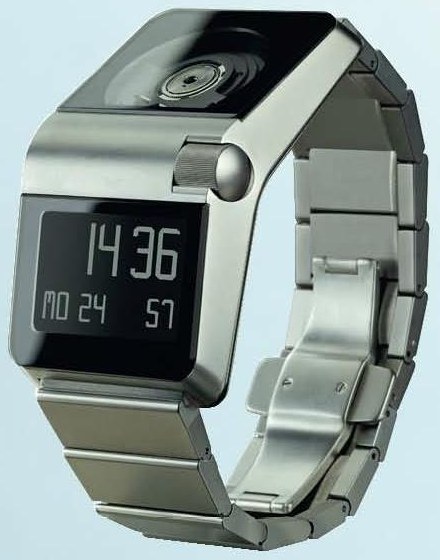