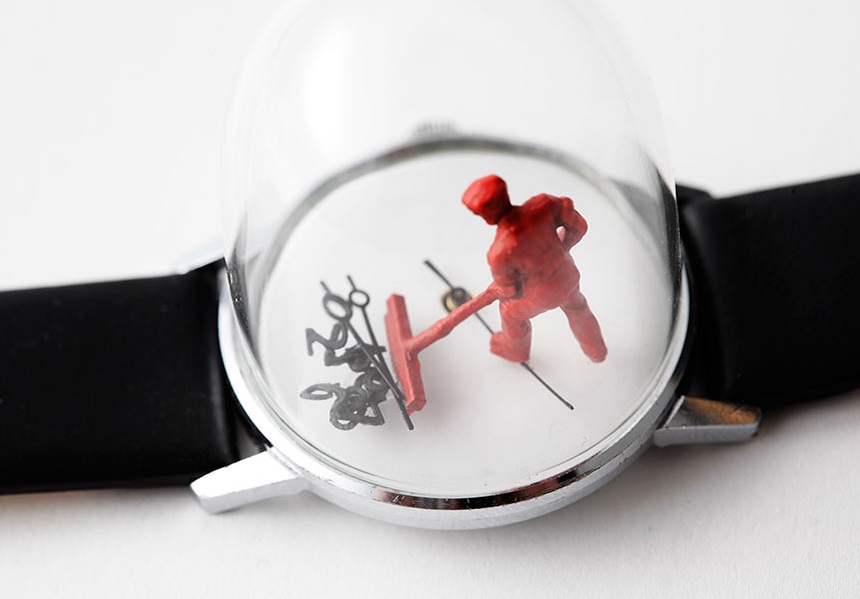 From time-to-time we come across art inspired by, or placed directly inside of, a watch or clock. An aBlogtoWatch reader was nice enough to share with us the work of UK-born and -based Dominic Wilcox, who, among other things, has made wrist and pocket watch dials a palette for artistic expression.

Wilcox calls these creations “Watch Sculptures” and they start with vintage wrist and pocket watches that he has acquired. The first step is removing the crystal and replacing them with a tall dome to make room for the small sculptures and figurines that he creates. Wilcox claims to be inspired by both real and imagined situations, and uses the motion of the watch hands as part of the art. The figurines are literally placed on the watch hands. 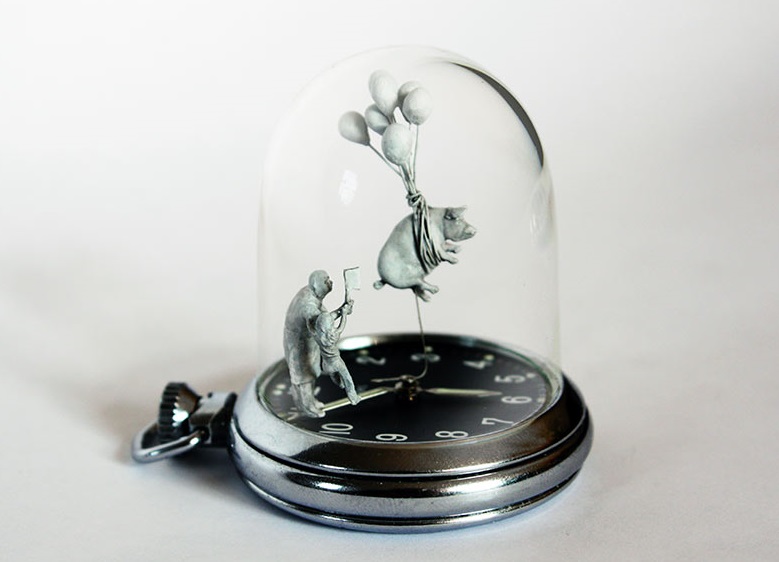 Speaking strictly from a technical standpoint we would not recommend that anyone do this with a watch they wanted to keep good time. While the hands may move with the additional weight, there is no chance that the extra pressure on the movement would allow for it to continue to tell time accurately. For Wilcox’s purposes accuracy is not an issue as he is mainly using the circular movements as part of the animated scenes he is creating.

The piece at the top is called “Watch Sweeper” and has a janitor sweeping up watch hands as the janitor himself is attached to a moving watch hand. Underneath that is a video showing the various watch sculptures in action followed by “Adventures of a Young Vegetarian” that has a butcher holding a butcher’s knife in the hands of a young girl and a pig elevated by balloons rotating around the dial. Below, you’ll see a soldier kissing a war protestor in a piece called “Love and Protest.” 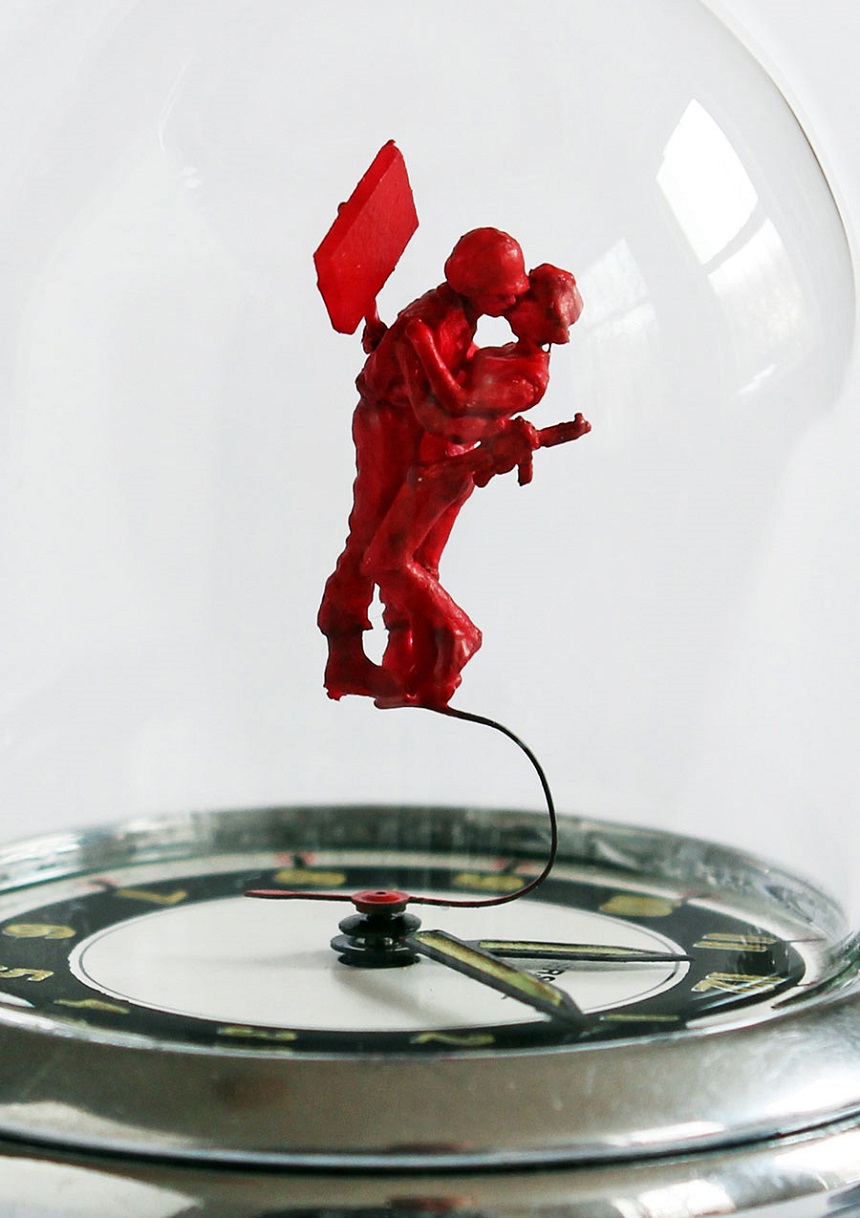 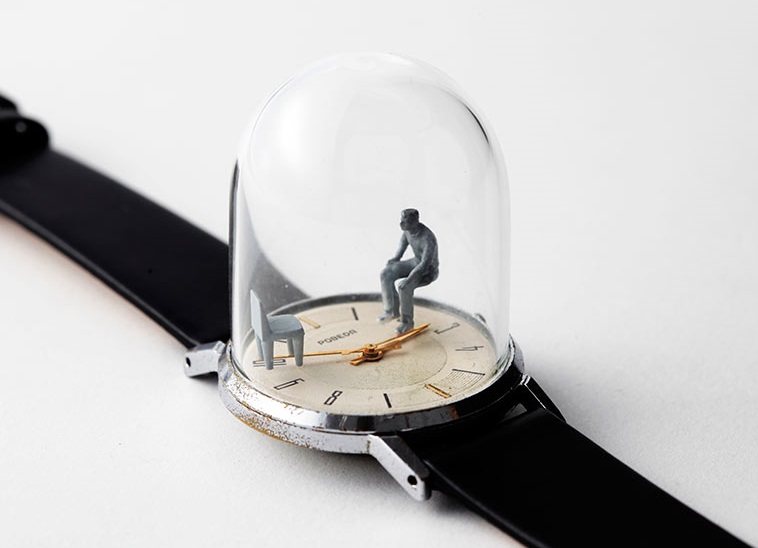 The last piece we’ve shown you here is called “The Sitting Man” who moves independently of the chair, only actually being seated once each minute or so. These are just a few of the watch sculpture creations by Dominic Wilcox. The art really isn’t about time but is rather about using the motion of a watch dial to create an interesting animated scene. It is a clever use of horology and something we wanted to share. You can see more watch sculptures on the Dominic Wilcox portfolio page.