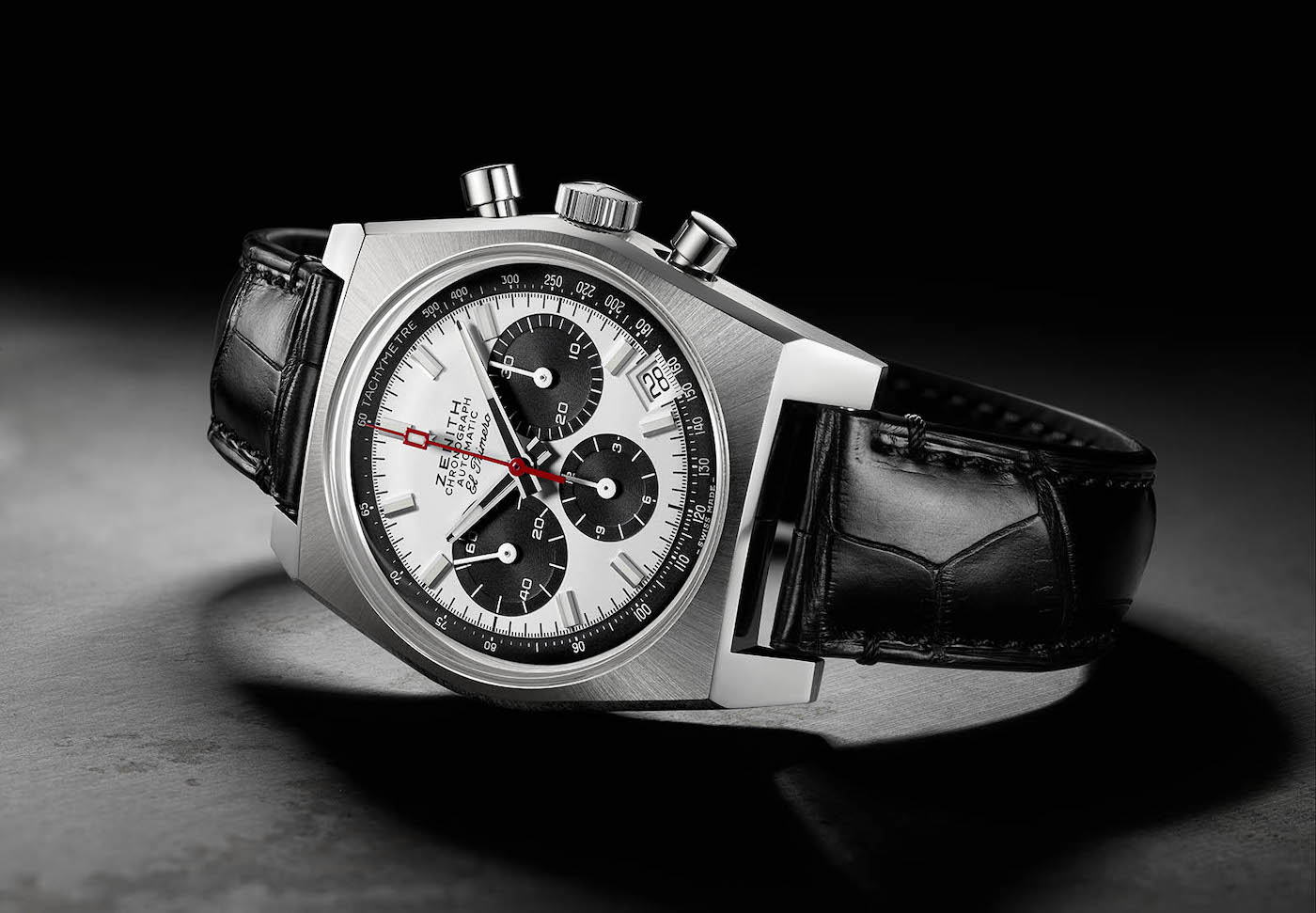 The Zenith El Primero A384 watch is the latest revival to hit the market in 2019. Bringing old models up to date is an ever more popular route for brands to pursue. It is an interesting way for major group brands to tap into and remind consumers of their independent heritage. Seeing the tectonic players like Richemont, LVMH, and the Swatch Group jostle for position is fascinating from a big-picture perspective, but it becomes even more interesting when the character of the brands that make up these behemothic conglomerates come to the fore. Recently, the Swatch Group reminded us of Blancpain’s past with the release of the Air Command and the Fifty Fathoms Barakuda. Those releases were well received from a stylistic perspective, but neither one can hold a candle to the mechanical significance of the movement powering the A384 — the legendary El Primero Caliber.

It beggars belief that the El Primero is now half a century old. While the movement has undergone a few changes, tweaks, and refinements, its basic architecture remains true to the original, groundbreaking caliber that has laid claim (however unconfirmed) to being the very first automatic chronograph movement.

While the competition for that accolade was stiff (with a collaborative effort from Dubois-Dupraz, Breitling, and Hamilton — via its purchase of Buren — and Heuer, and a separate attempt by Seiko also hitting the market in 1969, releasing automatic chronographs around the same time), only the El Primero endures today. And while its history is not without drama, having come very close to being lost during the quartz crisis were it not for the bravery and ingenuity of Charles Vermot, the sheer quality and forward-thinking nature of the El Primero marked it as a winner from the early days.

So why is the A384 so special? Well, it was actually the very first model to use the El Primero. In 1969, Zenith released the three watches powered by the brand’s new movement: the A384 came first, and was backed up by the A385 and A386. Despite being the inaugural model to contain the El Primero, the A384 played second fiddle in classic status to the A386, likely thanks to the more digestible round case. 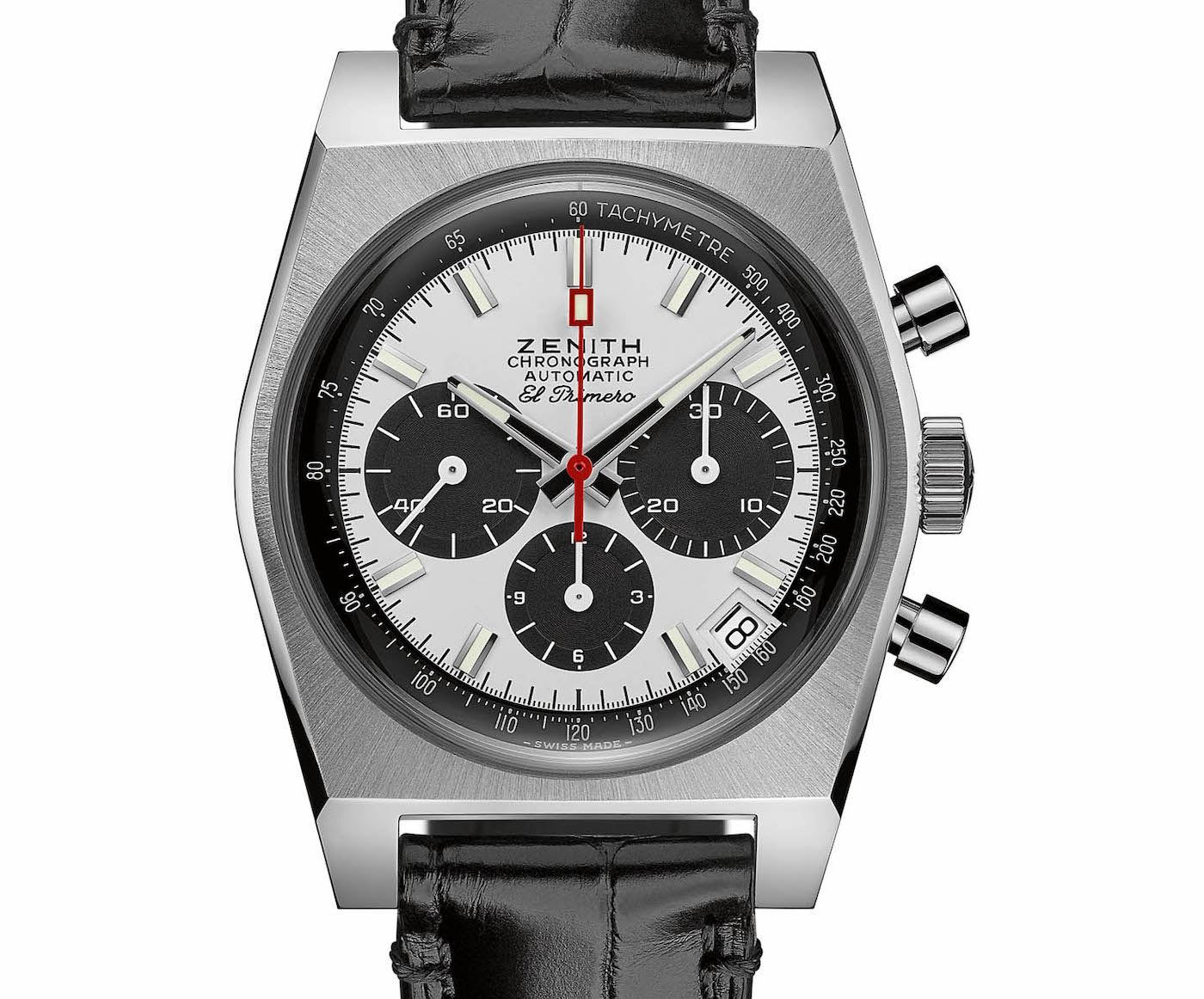 But the appetite for revised classics is high right now. To ensure a faithful recreation of the original A384, Zenith researchers have reverse-engineered the case using laser scanning technology. That means the watch will remain a relatively diminutive 37mm-wide. The most striking updates are the addition of a display back, front and back sapphire crystals, and the use of the latest El Primero caliber (the 400). The watch will be available on a leather strap or a metal bracelet that is being created to match the original “ladder” style from 1969.

The El Primero 400 has a 36,000vph (5Hz) operating frequency, meaning the chronograph is accurate to 1/10 of a second. It boasts a 50-hour power reserve, has 278 parts, and records hours, minutes, and seconds via sub-dials at 6 and 3 o’clock, and has a central seconds hand (which is missing the Zenith star counterpoise as seen on most modern Zenith watches).

Following the re-release of the A385 and A386 earlier this year, the A384 completes the revised collection and rounds out a fitting tribute to one of the industry’s most classic movements. The Zenith El Primero A384 Revival will retail for $7,900. It will be available from October and will not be limited.  Find out more at zenith-watches.com.