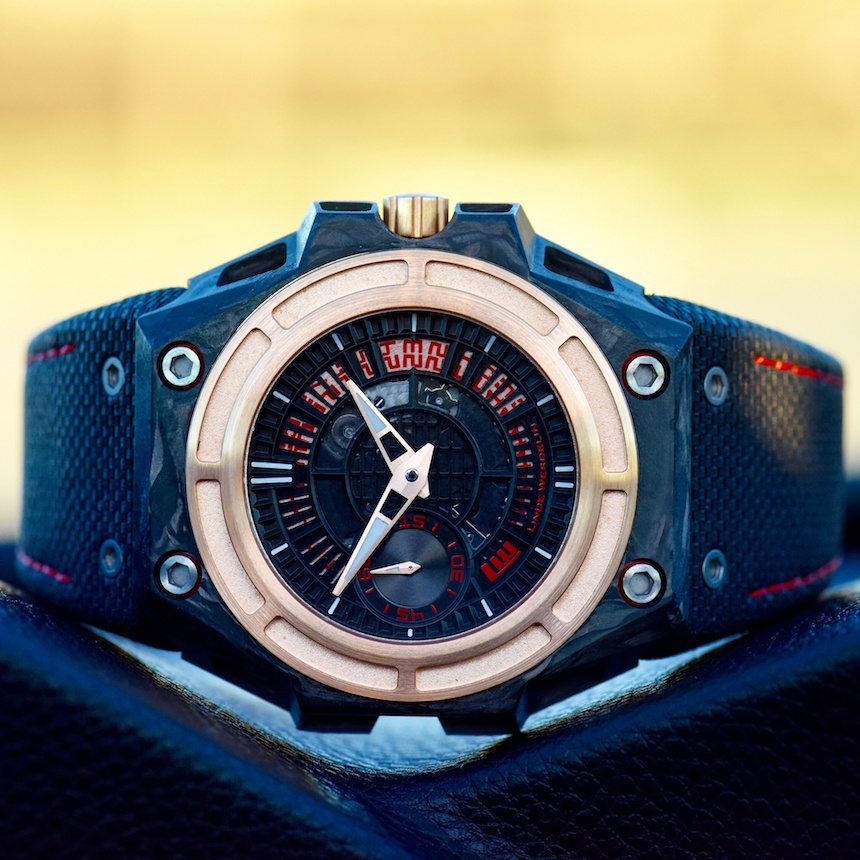 I believe every watch collector goes through phases in their appreciation for this expensive and sometimes futile hobby. After the first initiation phase, perhaps after acquiring the first serious timepiece, typically a Rolex or an Omega, or one from the other major mainstream brands, there is a phase of discovery where one will want to acquire as many timepieces as one’s budget allows. After this discovery time, hopefully not lasting too long, there will then be an illumination phase where one seeks to be different and thus likely more attracted to brands that are maybe less common than these “main” brands. It is in that last phase that, like me, I believe most collectors will fall in love with a brand like Linde Werdelin. The Danish brand makes unique, modern, stylish, and avant-garde timepieces that, while never deviating much from their core design language, offer a wide variety of selections that will allow the illumination phase to be interesting, varied, and long-lasting. For me, as an avid sports enthusiast with equal passions for triathlon, diving, soccer, golf, and other sports, I have also always been attracted to the essence of what Linde Werdelin stands for: a modern sports watch that can be augmented with digital add-ons designed to enhance the activity at hand. The two founders of the brand, Morten Linde and Jorn Werdelin, are well-known for their passions for skiing and diving, and all of their watches are designed with the ability to attach a digital computer on top that augments the mechanical atoms with all types of digital information during these activities. So upon acquiring my first Linde Werdelin, a yellow Oktopus II, I enquired with the brand for a dive computer (the Reef) for my December 2015 vacation in South Florida and dive trip in Key Largo. To my surprise, they were forthcoming and offered to send me a dive computer to try out for a few weeks. Linde Werdelin has a well-established “try-at-home” program where anyone around the world can apply to receive any of their pieces or devices for a limited time to try out for themselves. As my trip was scheduled for December, when I contacted them in October, the good folks from LW also offered to send me a piece from their other family of watches, one designed less for diving but rather to be super light – so, for an activity like skiing or for everyday wear. The watch they sent me is the Linde Werdelin SpidoLite Tech Gold. It constitutes an evolution of the SpidoLite line and was released in 2014. It was the second forged carbon watch from the brand. Two things struck me immediately upon handling the Linde Werdelin SpidoLite Tech Gold. First was how lightweight it was, yet not so light as to make it totally disappear on the wrist. Clearly a result of the skeletonized forged carbon case, with an inner section in ALW (Alloy Linde Werdelin), which is even lighter (at half the weight of Titanium) but as strong as steel. The carved 18Kt gold bezel balances the super light carbon case to give some more heft to the piece. Measuring just around 100 grams with the textile strap that it ships with, this results in a an easy everyday wear. Never once during my two weeks with the watch, when I wore it practically every day, did I feel a need to remove it. This included long 6AM to 10PM working days with two hours commute back and forth to San Francisco. Confirming this wearability was my girlfriend who got a chance to wear it for a few hours at a weekend outing in Santa Cruz. It was not only wearable on her slender feminine wrist but the light weight made for a usable watch on someone that would easily feel the weight of a typical 40mm steel watch, e.g., a Rolex Submariner. For the record, the Linde Werdelin SpidoLite Tech Gold’s intricately carved forged carbon case stands at 15mm high, 44mm wide, and 56mm lug to lug. Linde Werdelin also uses a proprietary hex screw to connect the straps which are completely integrated into the case. While such a strap attachment design usually results in a larger-than-normal watch, I found that for this one, maybe due to the flexible textile strap that comes with it, it was quite wearable for my 6 1/4-inch wrist and on my girl’s much slimmer wrist. The second thing that struck me was the colors of the watch. The forged carbon case is black with hints of gray and silver, depending on the way light reflects off the angularly accentuated case. It feels like something straight out of the Dark Knight Batman movie, with the basic case shape reminding me of the fancy Batmobile introduced in that movie. However, instead of being a somber dark watch, the gold bezel and red accents on the skeletonized dial and strap stitches bring some cheerful and playful nuance, making this a real stunner to look at during any long day working or during weekend outings.