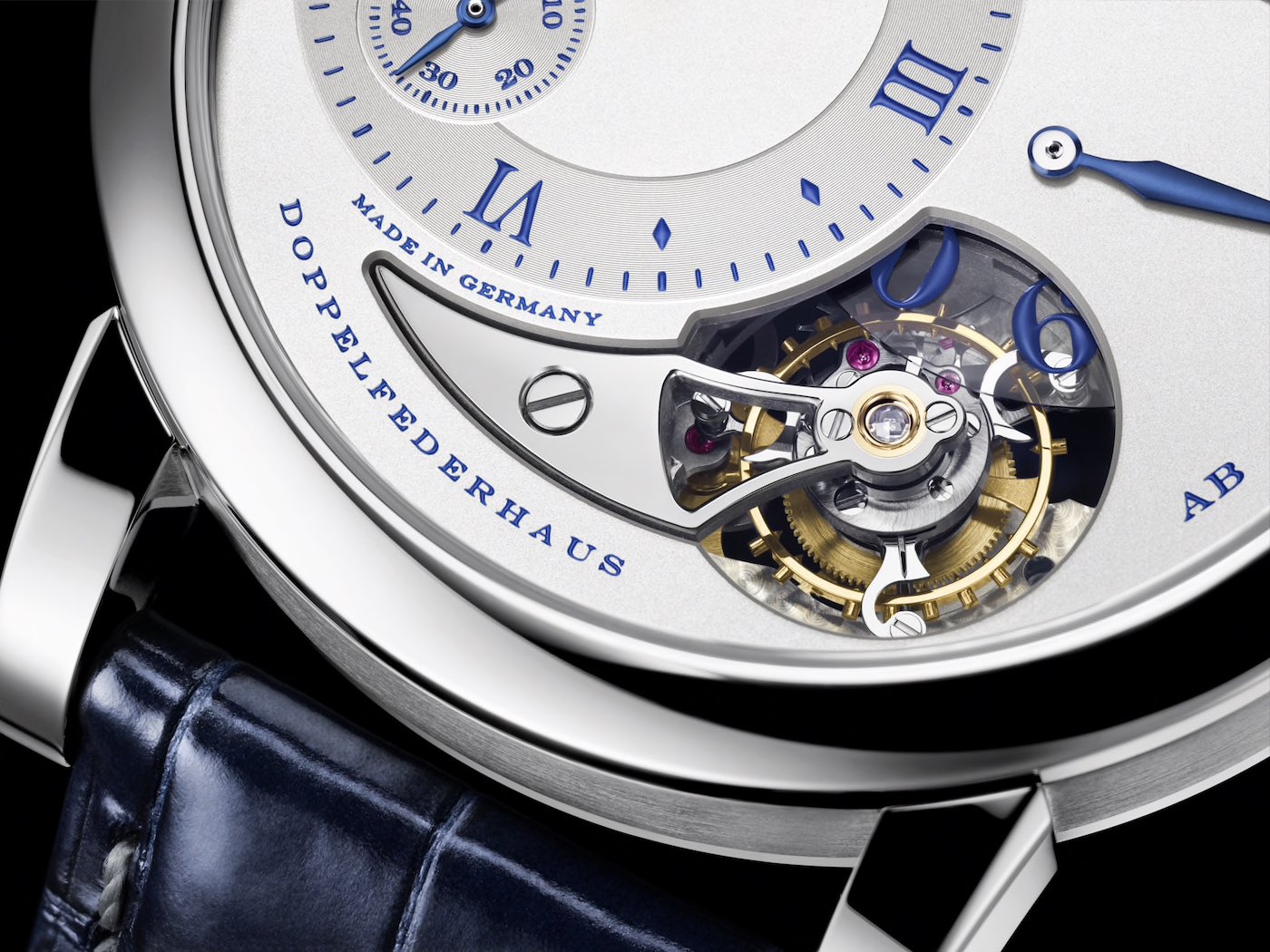 With the release of the A. Lange & Söhne Lange 1 Tourbillon 25 Anniversary watch, Lange’s run of 10 special editions released to celebrate the 25th anniversary of the company’s re-foundation following German reunification comes to an end. As a lover of German brands, in general, but none more so that the esteemable A. Lange & Söhne, I have enjoyed following these releases. The colorway used has been consistent throughout, and the white and blue “porcelain palette” (my words, not the brand’s) gives each model an intensely luxury character and a delicacy that is uncommon for watches of such relatively robust proportions. 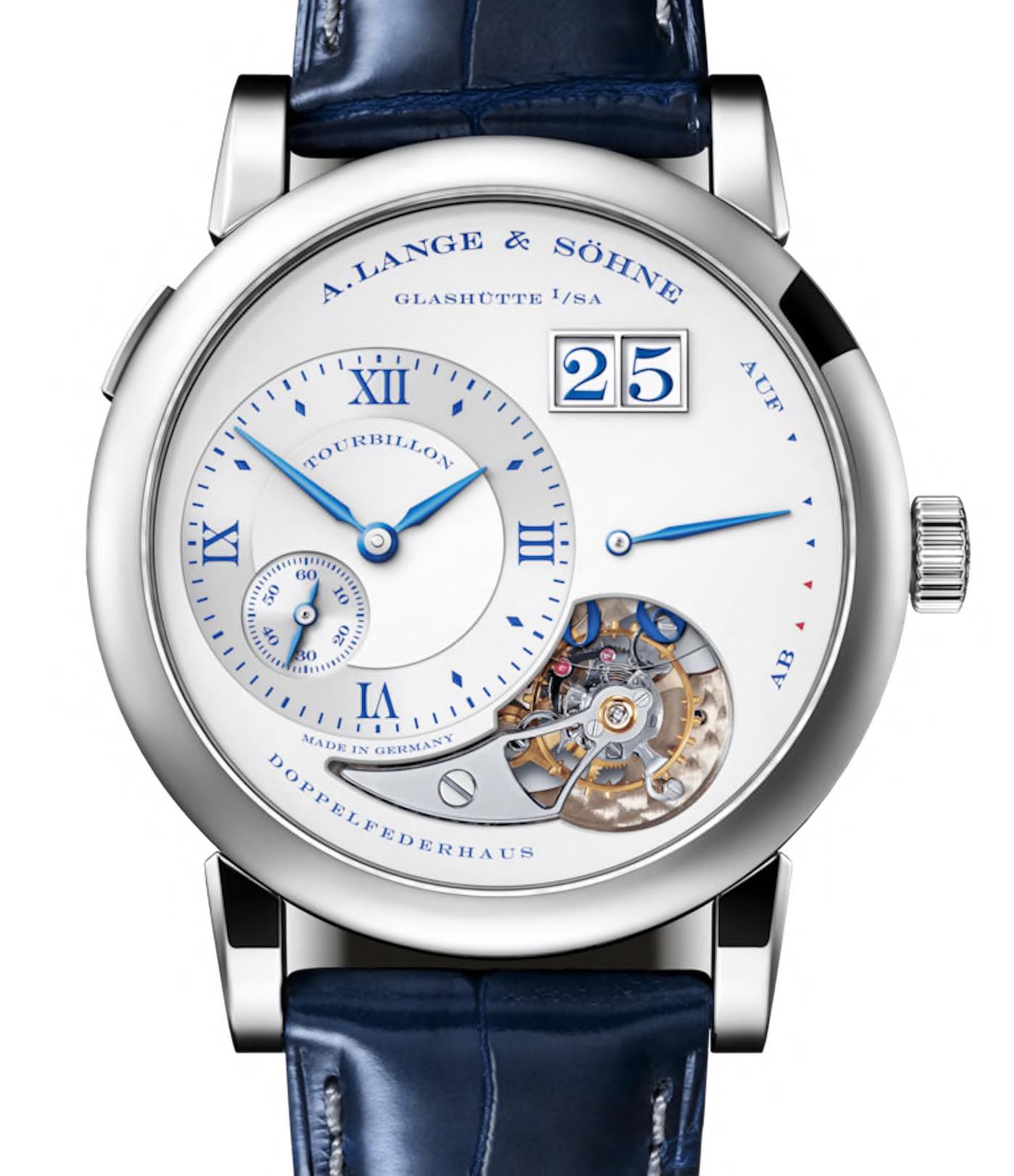 This latest release is based on a model that joined the catalog almost 20 years ago in 2000, as part of the brand’s core Lange 1 range. It was something of a trailblazer when it first hit the shelves. And even now, in this modern iteration, it is not hard to see why: The A. Lange & Söhne Lange 1 Tourbillon 25 Anniversary watch manages to fit a one-minute tourbillon, double-date window, and a power-reserve indicator (showing a run time of three days on a full wind) in a 38.5mm white gold case.

With that kind of movement complexity, you could be forgiven for thinking this wristwatch was several centimeters thick, but that isn’t the case at all. In fact, the watch is just 9.8mm-tall, thanks to the remarkable slimness of the manual-wind L961.4 caliber. 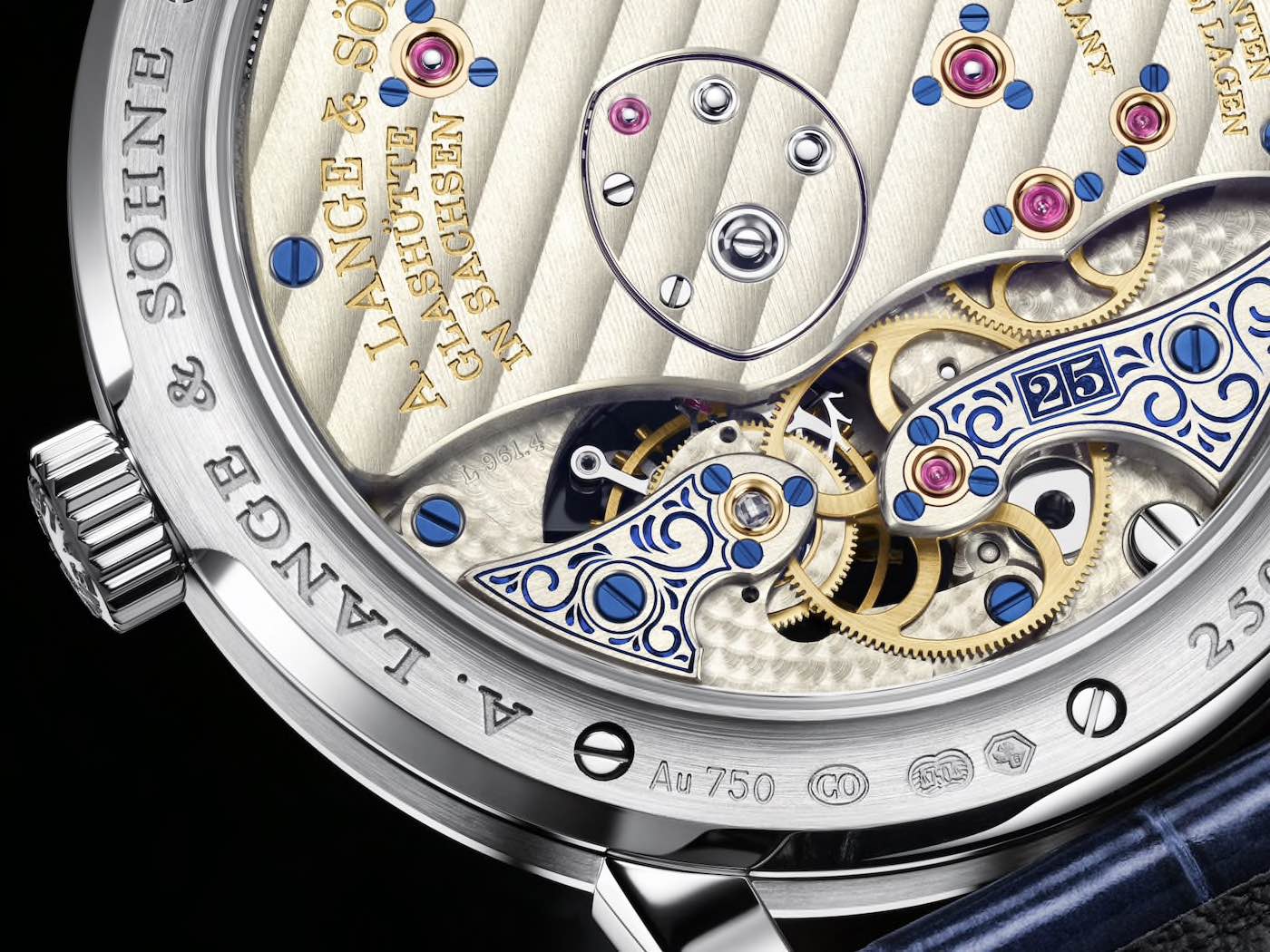 The tourbillon is viewable through an aperture toward the bottom of the dial, while the hour and minute hands occupy an off-center sub-dial (with the seconds hand contained within a further sub-dial within the first), while the power-reserve indicator takes up the righthand side of the display. Above the traditionally German AB/AUF power reserve is the typically Lange Outsize date, a feature for which the brand is well known. The arrangement of all these dial elements is so well done that the information doesn’t appear in the least bit cramped. This is the kind of elegance upon which Walter Lange rebuilt his ancestors’ company to become the leading light in German watchmaking. The A. Lange & Söhne Lange 1 Tourbillon 25 Anniversary watch (reference 722.066) is limited to 25 pieces in white gold and priced at €165,000. Learn more at alange-soehne.com.