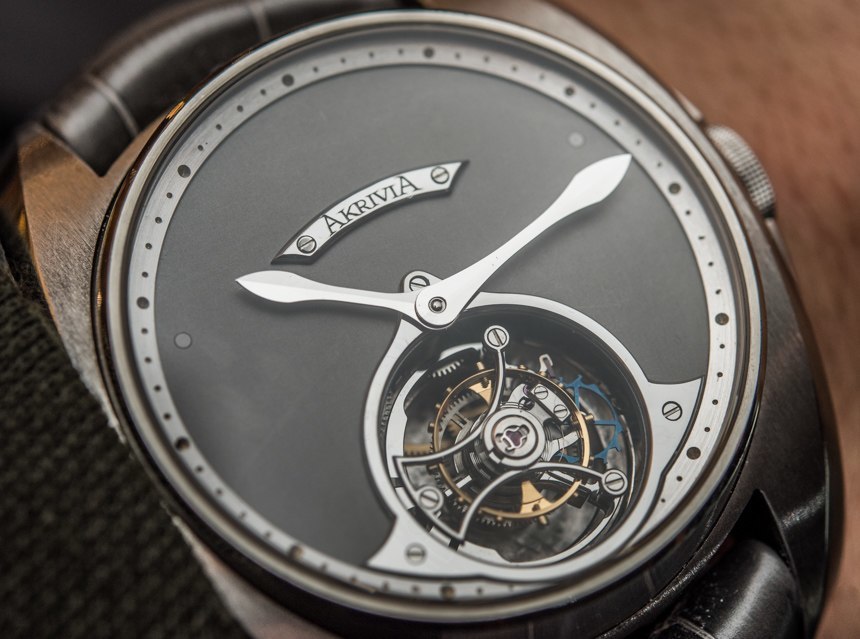 The word legend is sometimes used too freely. People seem to think that for something or someone to be legendary it or they need to be rooted in the distant past. But that simply isn’t true. Legends are born in the present day, anointed as such for their effect on the world or others – and it always is more than interesting to be on the lookout for the next one. With the release of the AkriviA Tourbillon Heure Minute from watchmaker Rexhep Rexhepi, the young Swiss watchmaker takes yet another step towards confirming his place in the modern pantheon of horological greats. 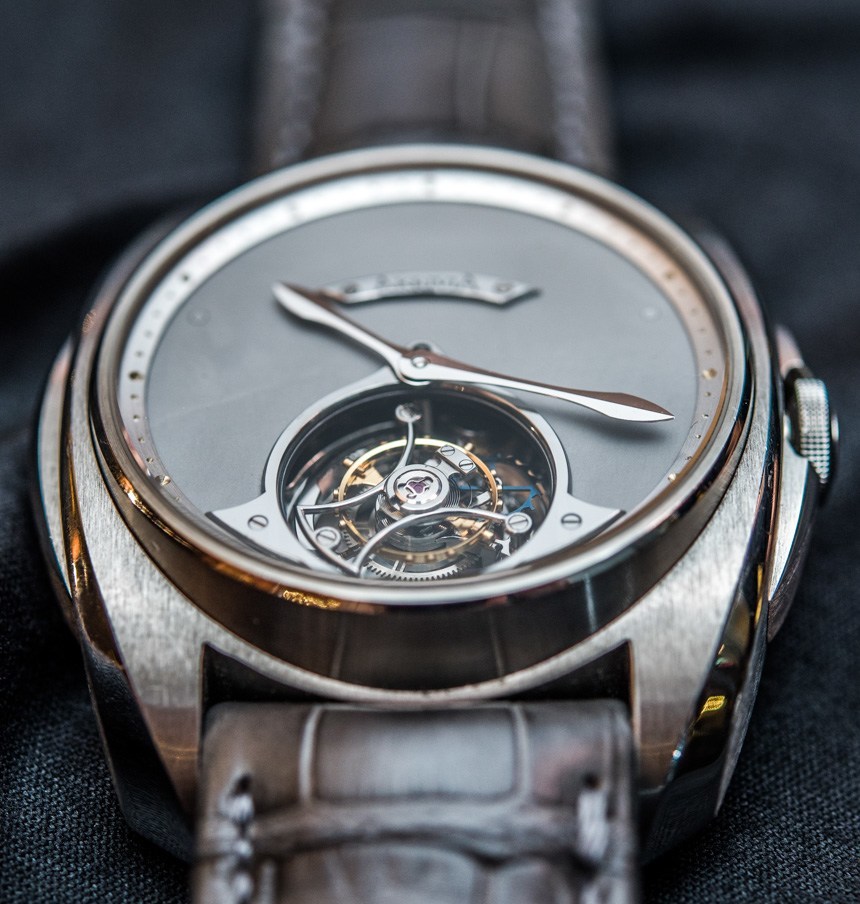 When you aspire to greatness, it’s important to have idols. It must be said, however, that it can be a little depressing when your idols are significantly younger than you are. At the age of 14, Rexhep Rexhepi had already begun his apprenticeship with Patek Philippe. Most watchmakers, especially those born outside of the horological hotbed of central Europe, could spend years at any given bench, toiling away for the sniff of a chance of working for Patek. But legends cannot be denied, and the experience of Rexhepi, earned during his formative years, shines through in his latest piece. 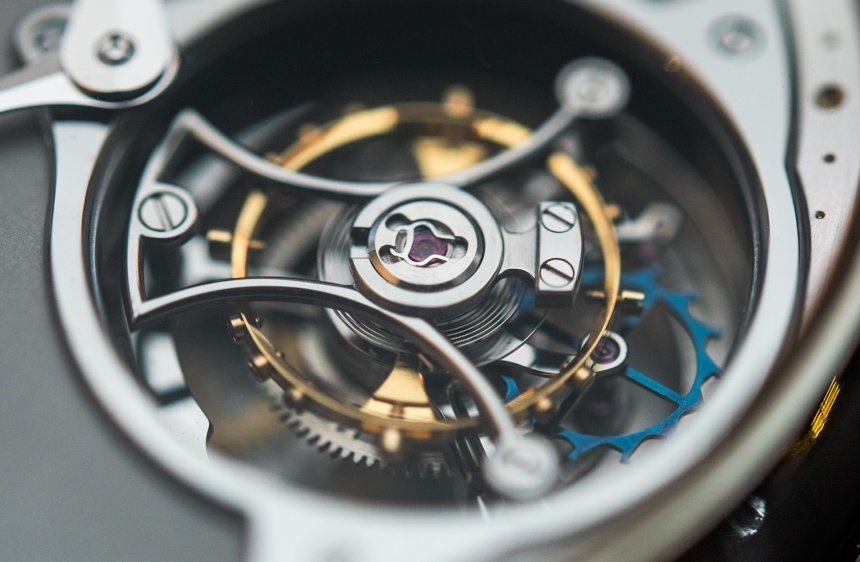 Ludwig Mies van der Rohe famously said that “God is in the detail.” That’s the kind of maxim one doesn’t normally appreciate until old age. In the case and dial design of the AkriviA Tourbillon Heure Minute, we can see world class restraint exercised to great effect. The centrepiece of this watch is the tourbillon – much like in his previous creation, the Tourbillon Monopusher Chronograph that we covered hands-on a while ago – , lovingly hand-crafted and boldly displayed on a dial that has total confidence in its focal point. 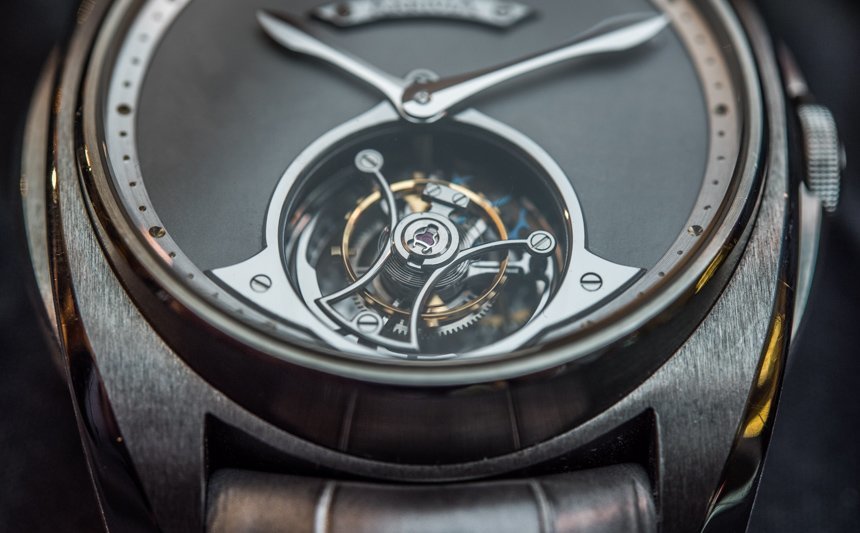 If you glance at the AkriviA Tourbillon Heure Minute, you might think it is plain (and that’s probably because it is). But what is also plain is the amount of effort and drafting that must have gone into the design of this tantalising timepiece. This is just the second watch from this exciting young brand – with a few others already in the works that we have seen but cannot publish yet – and to have reined in the understandable enthusiasm any nascent horologist must have for the birth of their own brand, is just about as impressive as the craftsmanship on show. 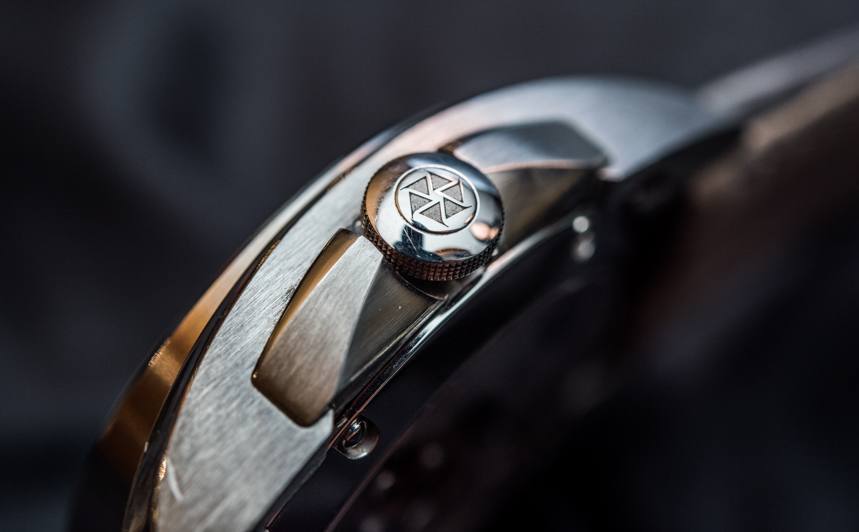 While an established name arguably gives you better traction; an expensive marketing program could garner you attention; a world first or revolutionary material can set you apart from the crowd; failing all that, a balls-to-the-wall, in-your-face gimmick might be what separates prospective purchasers from their pennies. Or you can just be really bloody good. That’s a bit of an old-fashioned concept, and one heck of a leap of faith – placing your faith in the inherent quality of your wares is not something that is easy to cling to when you are mired in the midst of a long-winded, often combative design process. 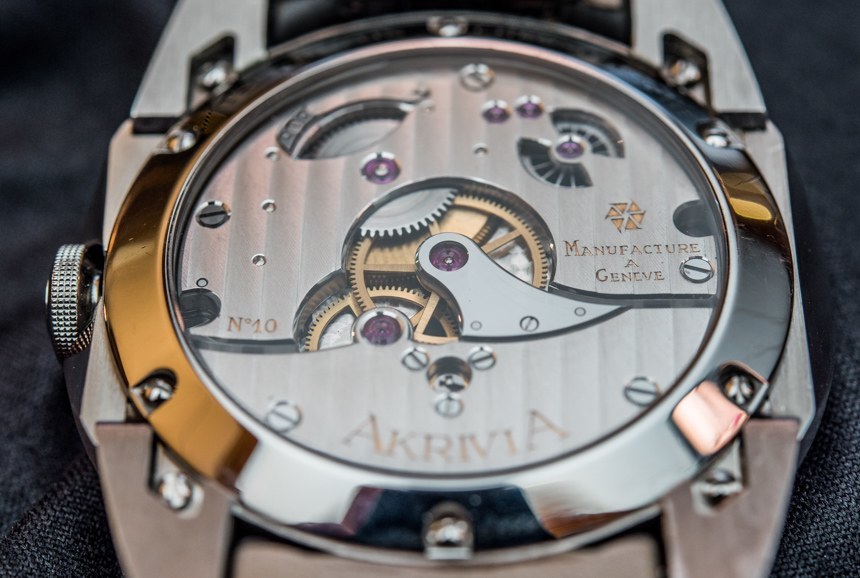 Sure, it helps when you are comfortable charging whatever you feel your timepiece is worth, rather than having to scrimp and save during production to satisfy some heavy-handed investors who want to see margins, margins, margins, and hardly give a damn about what yields them. But again, that takes guts and gumption. The AkriviA Tourbillon Heure Minute, produced in either stainless steel, 18k gold, or platinum, is a brilliant example of that philosophy. Not that many will know about it, and fewer still will be able to afford it, but those who do and can, will probably be very excited by the prospect of owning such an unusual and evocative piece. 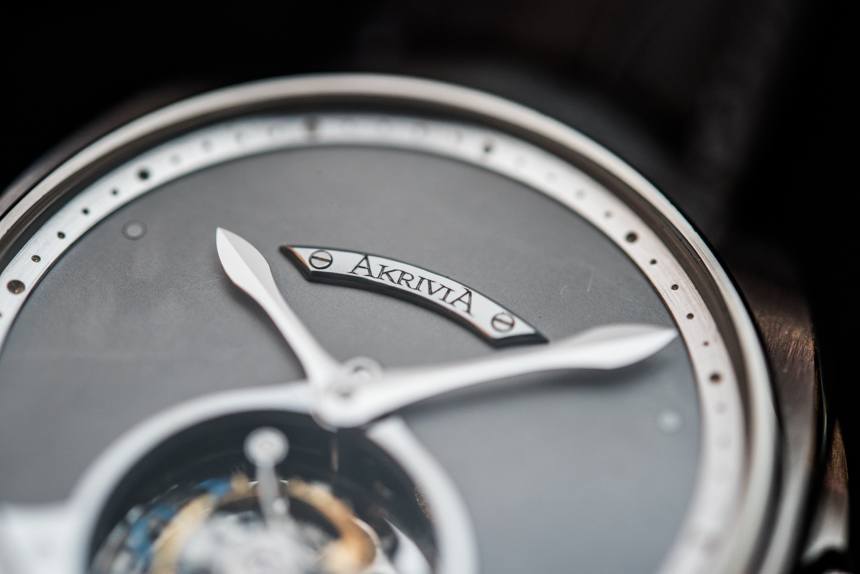 The dial is, upon first inspection, a simple, matte background that seems to play second fiddle to the tourbillon. But this is no ordinary finish. Created by a time-consuming, nerve-straining process, a mixture of crushed rock and oil is spread over a perfectly flat sheet of glass or marble and rubbed in a circular motion against the mixture until a perfectly homogeneous pattern is achieved. 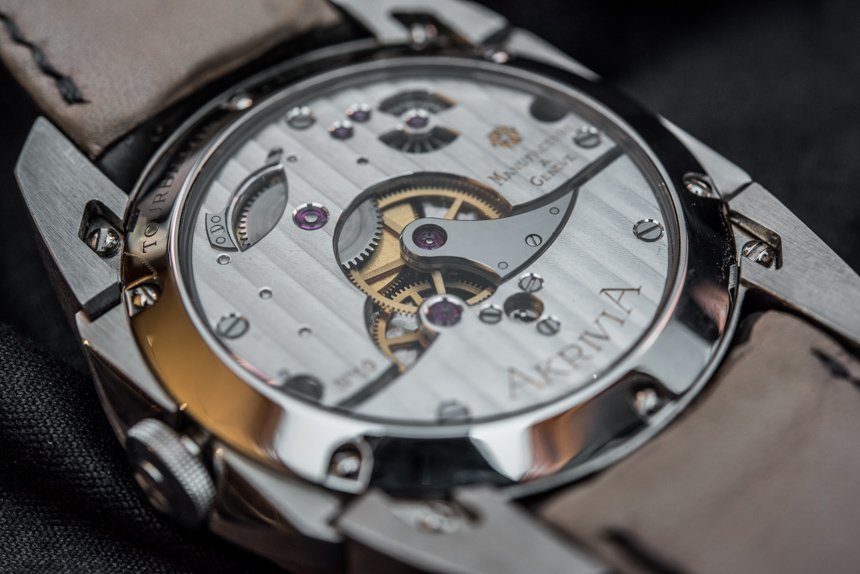 The AkriviA Tourbillon Heure Minute features an in-house calibre, designed and built by the man himself. You can see Rexhepi’s passion in every bevel of this movement. He cares, he believes in the old-school values of watchmaking – for a man under 30, this is impressive; for the industry, his passion is exciting. The manually wound movement boasts a 100-hour power reserve and operates at 21,600vph. You don’t have to love this watch to appreciate that each aspect of it has been created with diligence and conscience. The plates are decorated with a mixture of striping and matte finishes. The hand-wound movement looks very nice, displayed through an anti-reflective sapphire case back (the main watch crystal is also AR coated sapphire). Rexhepi’s logo and the AkriviA brand name are engraved and gilded too. 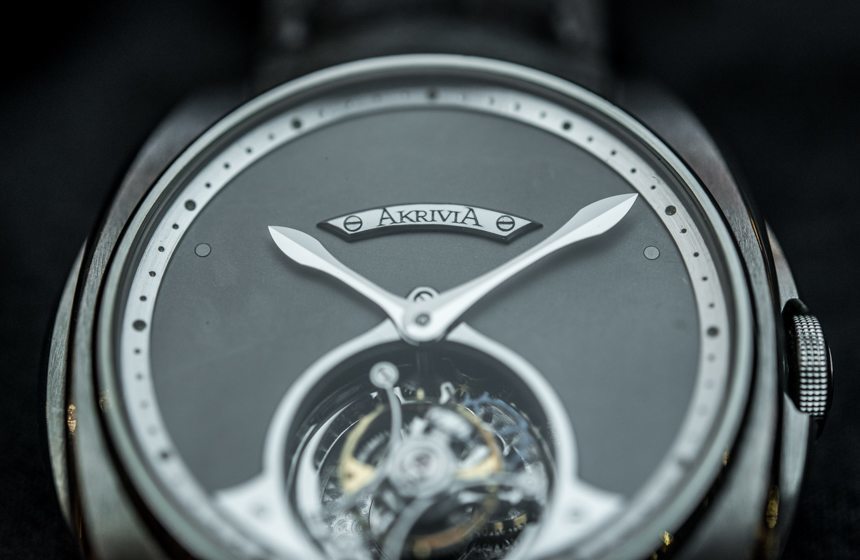 Another example of clean refinement can be seen in the steel hands. Elegant spades able to do their job with excellent legibility without interrupting the framing of the tourbillon. In fact, nothing interrupts the hand-built tourbillon. The silver dial (refined as it is) melts into the case to leave nothing obstructing the eye. The brand name is engraved on a screw-down plaque beneath 12 o’clock. No jazzy font; no crazy decals. The hour markers themselves are drilled recesses in a chapter ring of grained steel and the watch is kept on the wrist by a simple, hand-sewn blue alligator leather strap, fastened by a clasp engraved with the AkriviA logo. 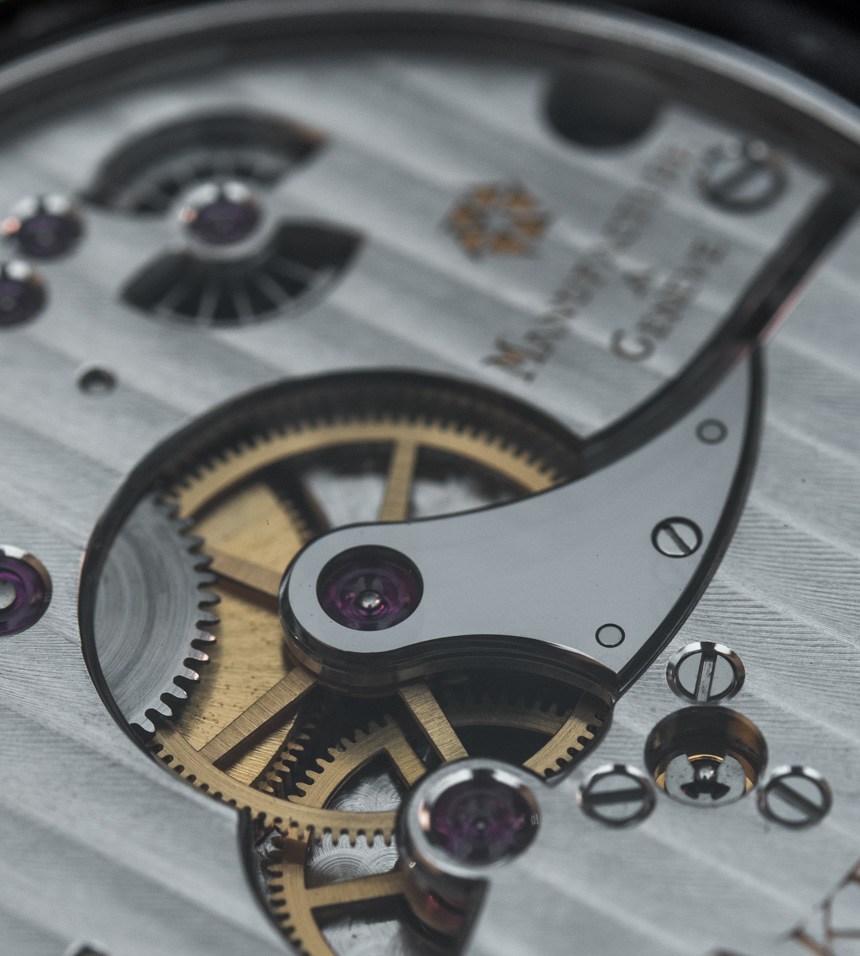 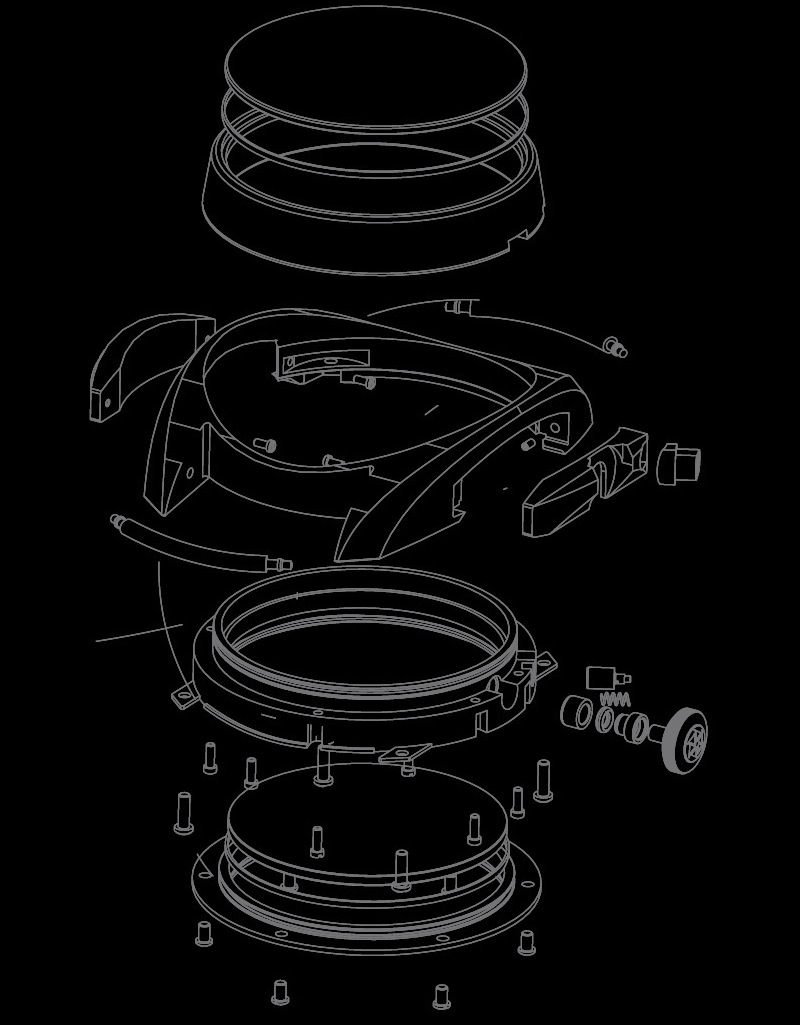 The case, which I often look to first for brand identifiability, is a familiar shape, but very nicely angled. It is large, measuring 43mm, but the lugs flow in a contoured fashion to keep this thing down on the wrist. The bezel is not edge-to-edge – it stands up in the middle of the case, with a couple of millimetres on either side of it to create the sense of separation, of focus. At first, I wasn’t too keen on this design aspect, but the design has certainly grown on me. There is a sober astuteness in this case design, which requires 30 parts to achieve. But despite the complex case construction, it is all in an attempt to build the perfect carrier for the 63-component tourbillon. When you’ve made it with your own hands, it’s easy to understand why Rexhep Rexhepi would want it that way. 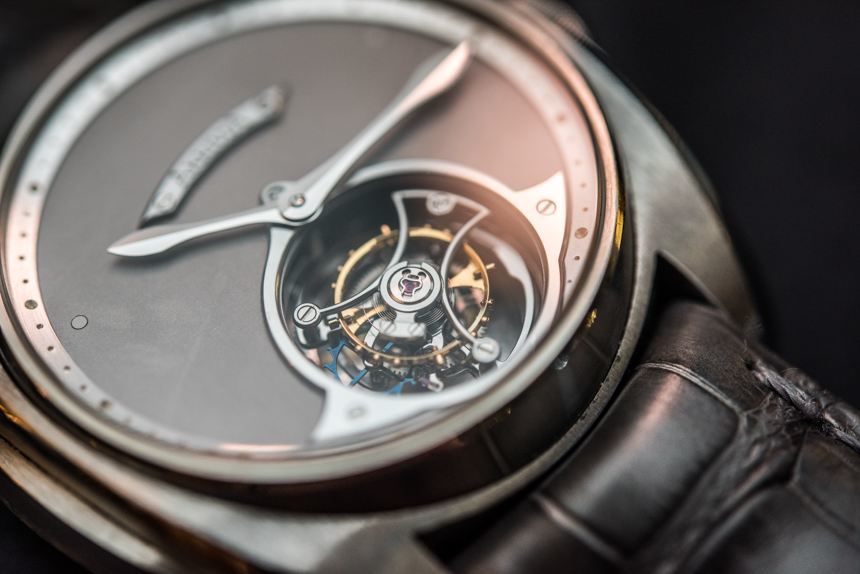 A lot is made about Roger Smith creating a tourbillon to earn the respect and tutelage of the late George Daniels at a very young age. We know all about Smith because of his subsequent work and the legacy he inherited. Rexhepi does not have that luxury, but he does have the requisite skill-set to be something very special. With decades ahead of him yet, the output of this intriguing artisan could be quite stunning. Assuming that is, the marketplace continues to reward his endeavours. The AkriviA Tourbillon Heure Minute is priced at 99,000 Swiss Francs. akrivia.com