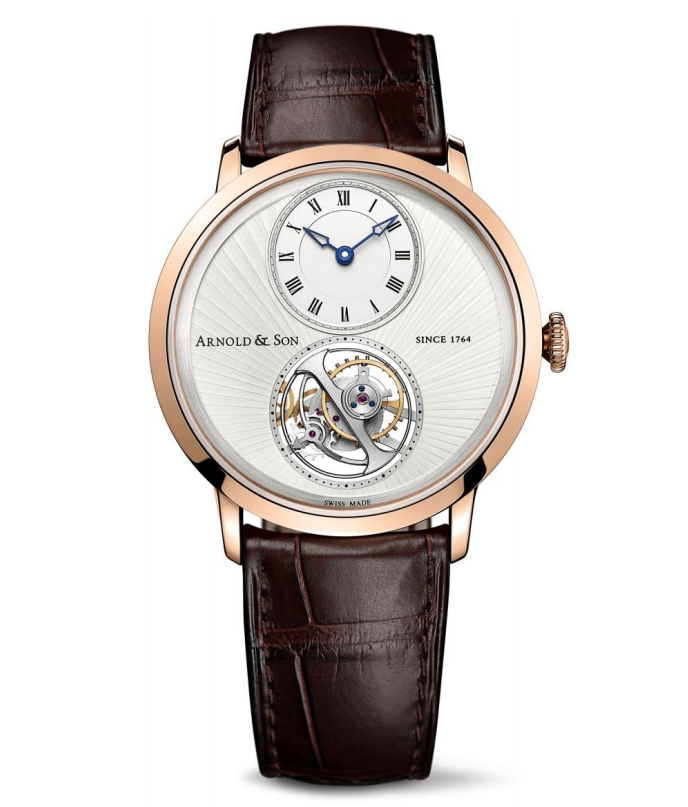 This is the UTTE watch by Arnold & Son, and apparently it is the world’s thinnest tourbillon. The trend of watches getting ever chunkier year after year seems to live on without disturbance – but the race for the ultimate in finesse and subtle elegance can be just as stirring as well and the manufacture of Arnold & Son is here to prove that point by releasing something to excite those who admire such fine treats of horology. With their  double-balance and earlier on with the inside-out watches they made it pretty clear that they are everything but shy when it comes to reaching beyond the strict frontiers of fine watch making. Now, however, they have ventured onto violent waters, proudly possessed by one of the ultra-thin greats: Piaget.

Technical extravagance is sometimes easier to achieve than creating something strictly abiding rules and borders – and when one sets himself to the challenge of originating something that’s ultra-thin (the thinnest ever, in fact), suddenly those borders might feel uncomfortably close! Arnold & Son took their time with years in research and development while creating the thinnest tourbillon movement in the world. Those days are over and they have released their latest piece from the Instrument Collection – the one that favors clean, uncluttered looks to busy dials and overlapping scripts – they are here to dethrone Piaget, the previously undisputed king of ultra-thin. 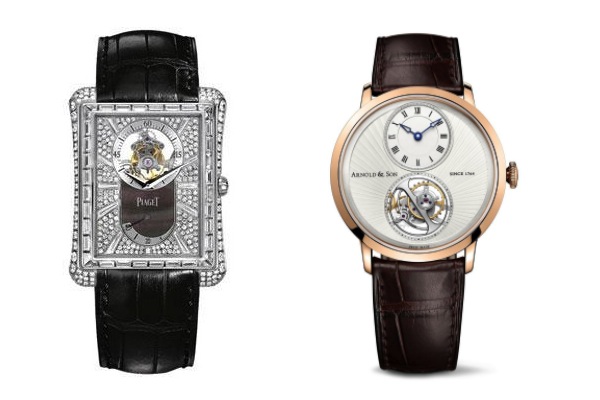 This 2013 Baselworld novelty Ultra Thin Tourbillon Escapement (UTTE for short and as they like to refer it as) has a movement that is only 2.97 mm thick, something that definitely has to be seen in person to be fully appreciated! The size of the previous recorder movement of Piaget, the 600P is 3.5 mm in thickness. Further improvements over the “old king” is in the power reserve: with its double-barrels the UTTE movement has an impressive 80 hours of power reserve, nearly twice as much as that of the Piaget movement of 44 hours.  As a final major difference the 600P has a power reserve as an additional function, while the A&S8200 has hours, minutes, and the tourbillon – since that it is a one-minute tourbillon and the grid for reading the seconds is provided as well, it could be considered as a seconds counter.

Onto the similarities: both movements sport a flying tourbillon, so there are no bridges holding the rotating cage from above. The reasoning behind this choice is two-fold: it takes away ‘undesired’ thickness, and it allows for a clearer view on the tourbillon – that is a most welcome solution as the cage in the UTTE movement is rather large at 14 mm in diameter! The cage itself is built to be spherical and hence is ‘devoid of any flat surfaces’, and as a final step to provide the absolute viewing pleasure it has been raised from the plane of the movement all the way through the dial, making it to the same height as the hour and minute hands.

The A&S8200 calibre will make it into two models, each of which will be hand-built in a limited edition of 50 of the 18-carat red gold version with silvery-white Cotes de Geneve rayonnantes dial, and another 50 of the (fairly scarcely used) palladium version with the light-grey, straight Cotes de Geneve dial for more bold contemporary aesthetics. Either of these 42 mm wide cases will have a thickness of just 8.34 mm with sapphire crystals in the front and at the back of the watch. Price of the red gold version is 68,420 Swiss francs, while the one in palladium will cost 59,400 francs.

In today’s world of horology, when there are simultaneous races being fought for the fastest, the largest, the most complicated of watches it can truly be a good idea for a manufacture to relax and quietly create something ultra-fine, ultra-hard to beat: something ultra-thin. Less is often more, and this paradox could very well be that extra bit of help putting Arnold & Son on the wish-list of more collectors and watch lovers alike. arnoldandson.com