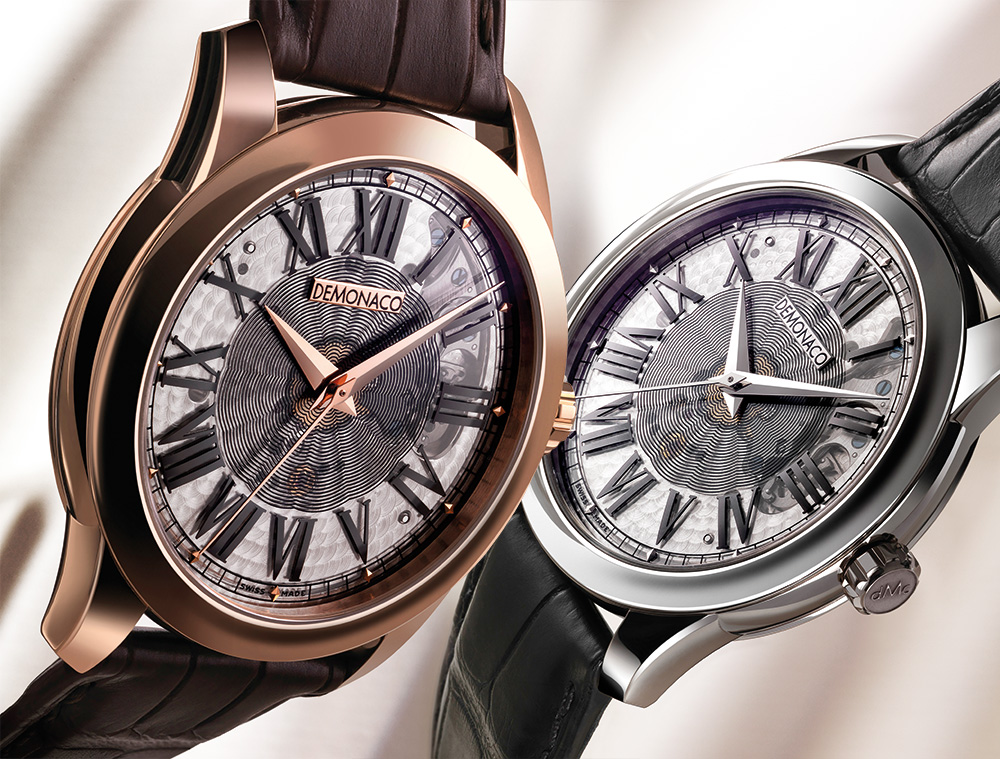 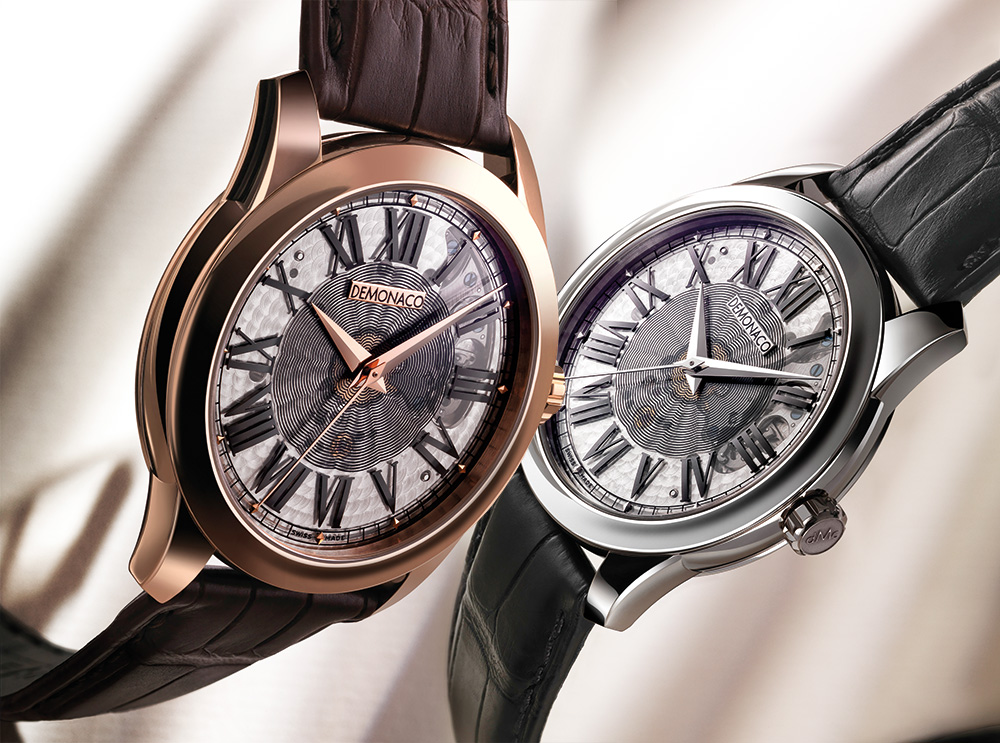 The Poinçon de Genève, or Geneva Seal, is one of the most demanding certifications to obtain in watchmaking. However, it is often seen as a mark of quality and an assurance that a watch has been made to the highest standards. Therefore, it is only natural for watch brands to toot their horns a little when they have managed to obtain it. To this end, Ateliers deMonaco is proud to introduce a new model called the Saphir to its prestigious Poinçon de Genève collection, so let’s take a closer look at them here. 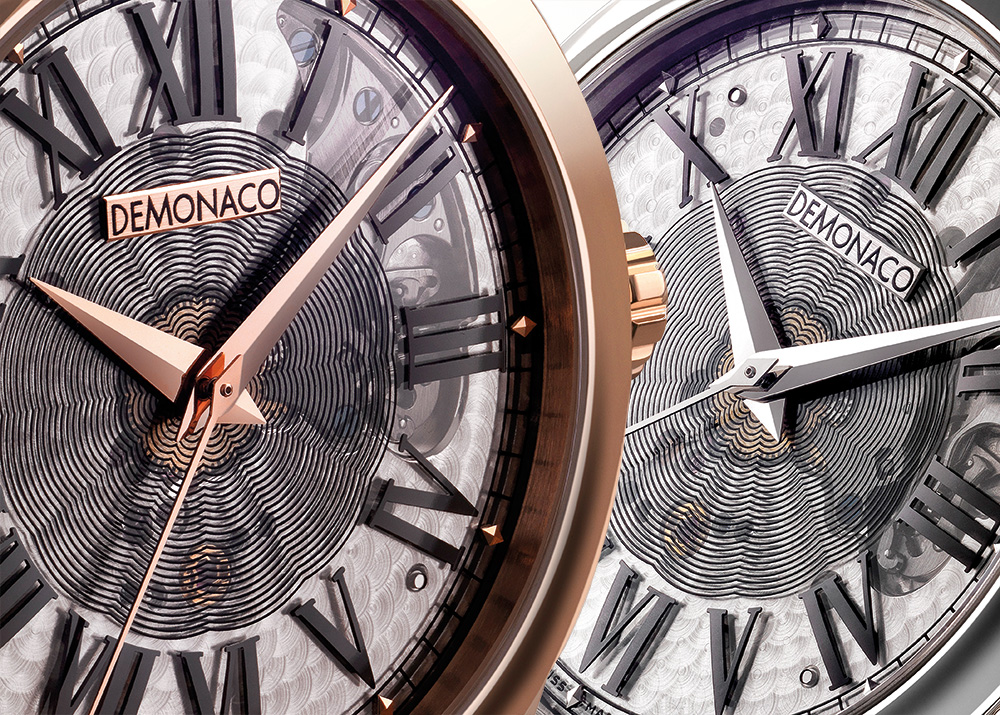 But before we do, here’s a little history on both Ateliers deMonaco and the Poinçon de Genève. You might not hear the name Ateliers deMonaco often, but that’s because they specialize in creating complicated watches and in very limited quantities. Annual production is said to be in the mere hundreds. However, they can be considered to be the high-end luxury arm of Frederique Constant. You see, one of the co-founders of the brand is none other than Peter Stas, the CEO of Frederique Constant. 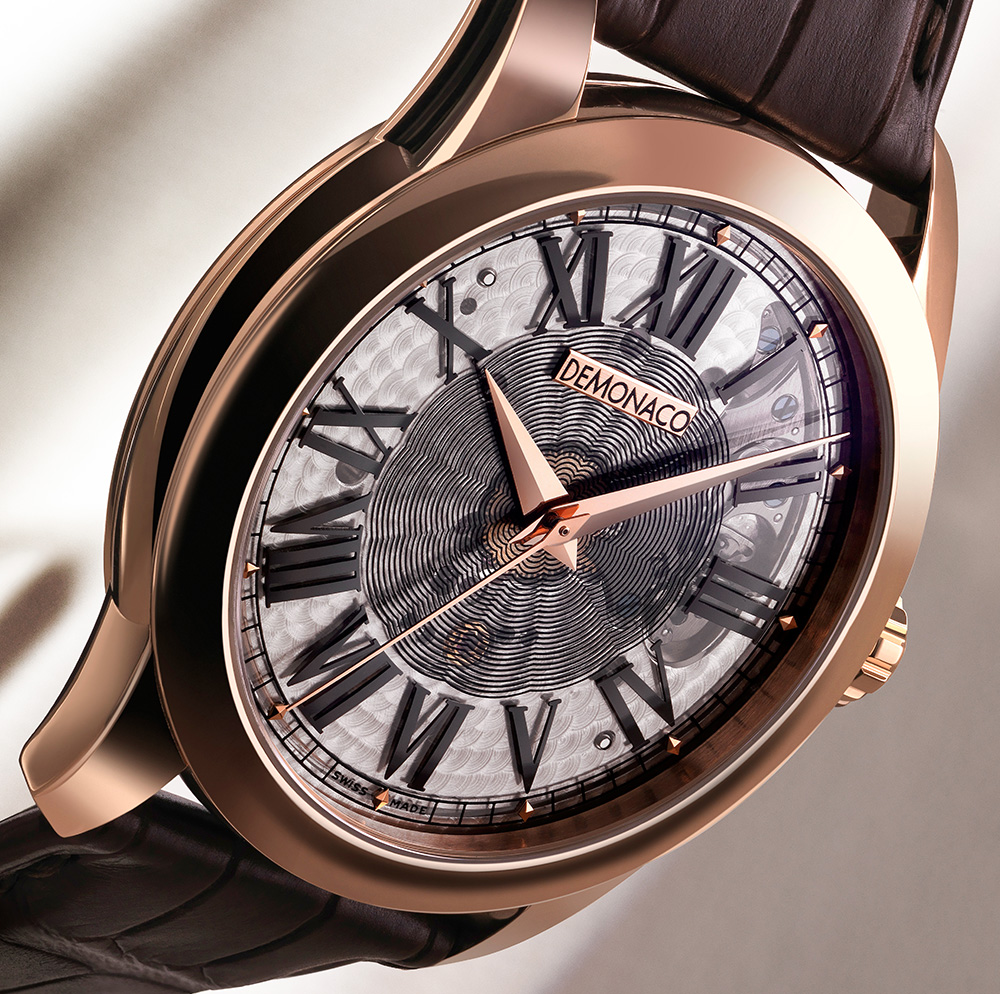 As we mentioned earlier, the Poinçon de Genève is one of the most demanding certifications to attain. The watch must meet very strict criteria in order to be worthy of the seal. Both the watch and movement must be finished in certain ways. For instance, steel parts must have polished angles and their visible surfaces smoothed down. Screw heads have to be polished, with their slots and rims chamfered. Another requirement is that the wheels of the going train are to have chamfered edges above and below and must have a polished sink. There are also rules that govern the sizes of the escape wheel. And, oh, it goes without saying that the watch must be assembled in the canton of Geneva. It is truly one of the most demanding certifications to obtain and is generally seen as an assurance that the watch is made to very high standards. We go into great detail on every aspect of what it takes to make a Geneva Seal-certified movement here. 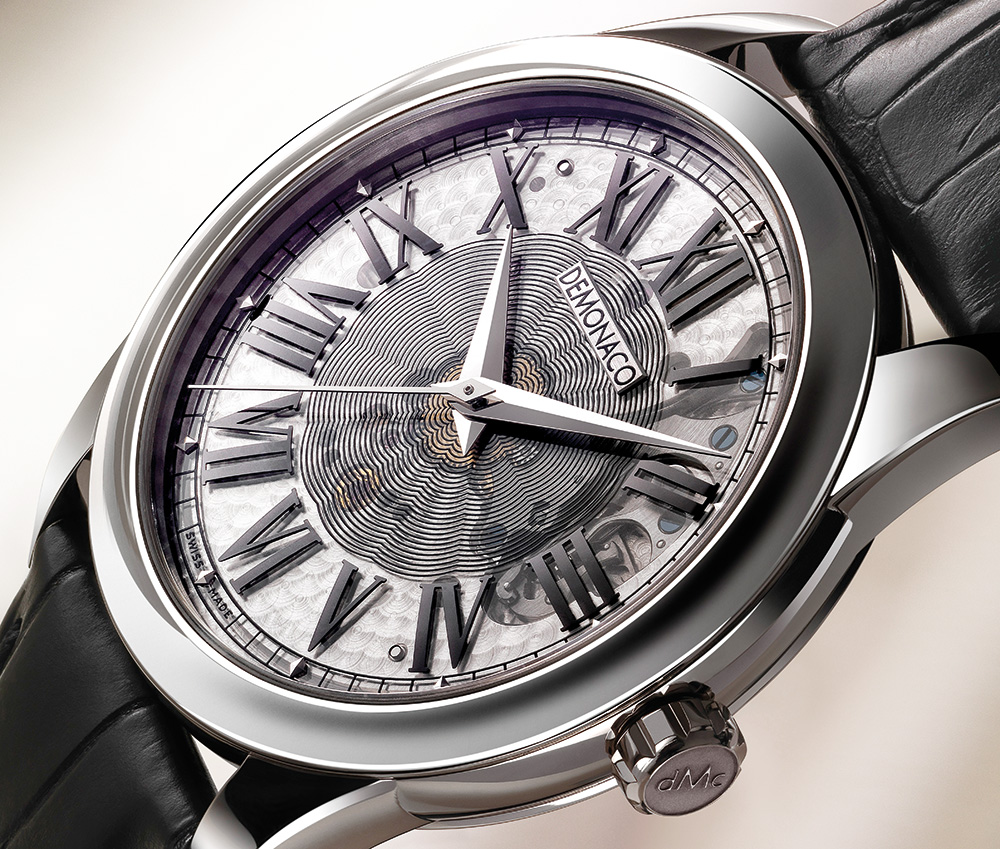 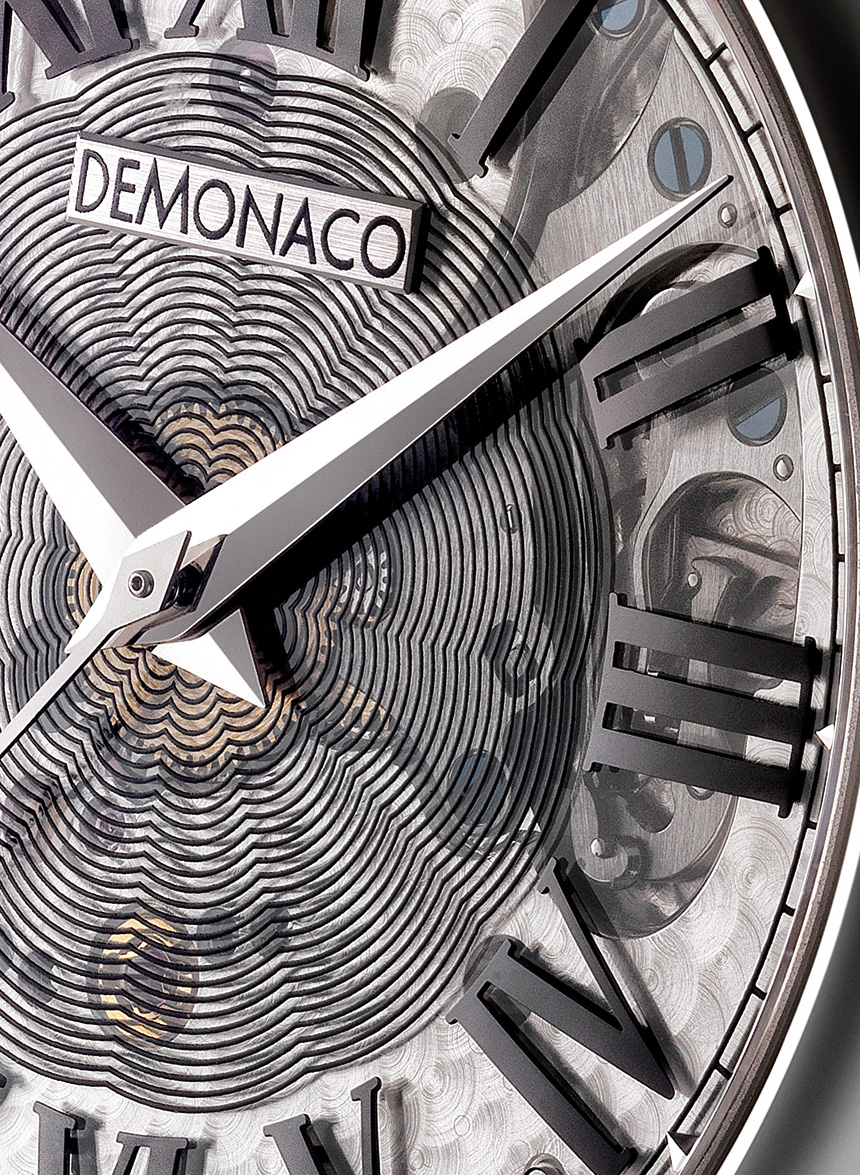 More on the movement later, but don’t think for one moment that just because it has a sapphire dial, legibility will be compromised. That’s because the movement isn’t skeletonized and behind the dial sits the main plate, which provides contrast against the dauphine hands and large applied diamond-cut and PVD-plated Roman numeral indexes. In addition, the center of the sapphire dial has concentric guilloche patterns that also provide contrast, allowing time to be easily read despite the use of a clear sapphire disc. 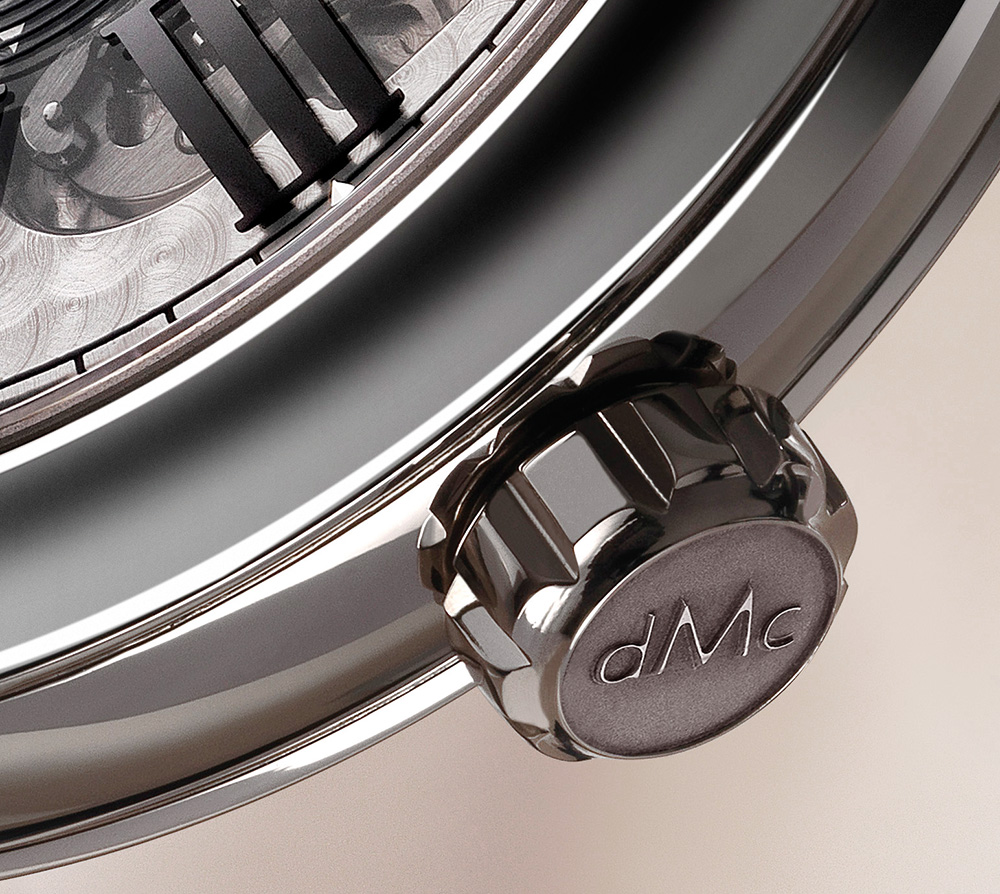 The movement is, as I mentioned earlier, the hand-wound dMc-708 caliber, which has been decorated to meet the high standards of the Geneva Seal. That includes Côtes de Genève on the hand-beveled bridges, perlage on the mainplate, polished screw heads and jewel sinks, and more. The dMc-708 caliber also features Atelier de Monaco’s special “Freebeat” regulation system, and it beats at a very modern 4Hz. The only downer is that power reserve is on the low side at just 38 hours. 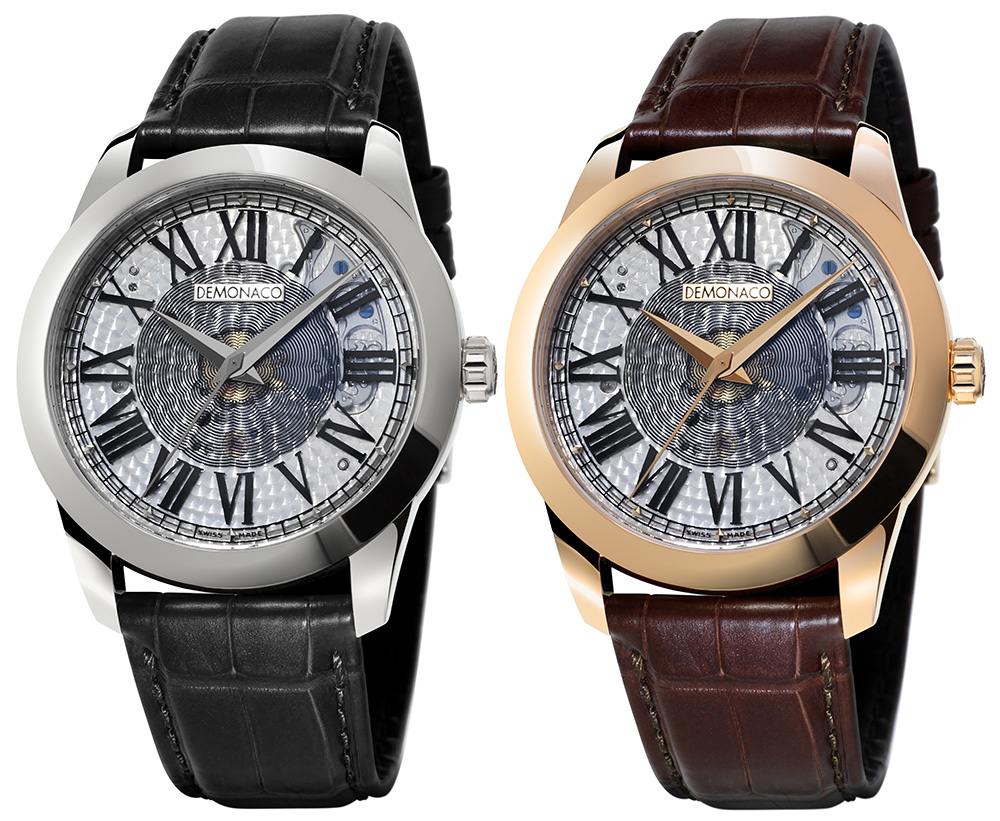